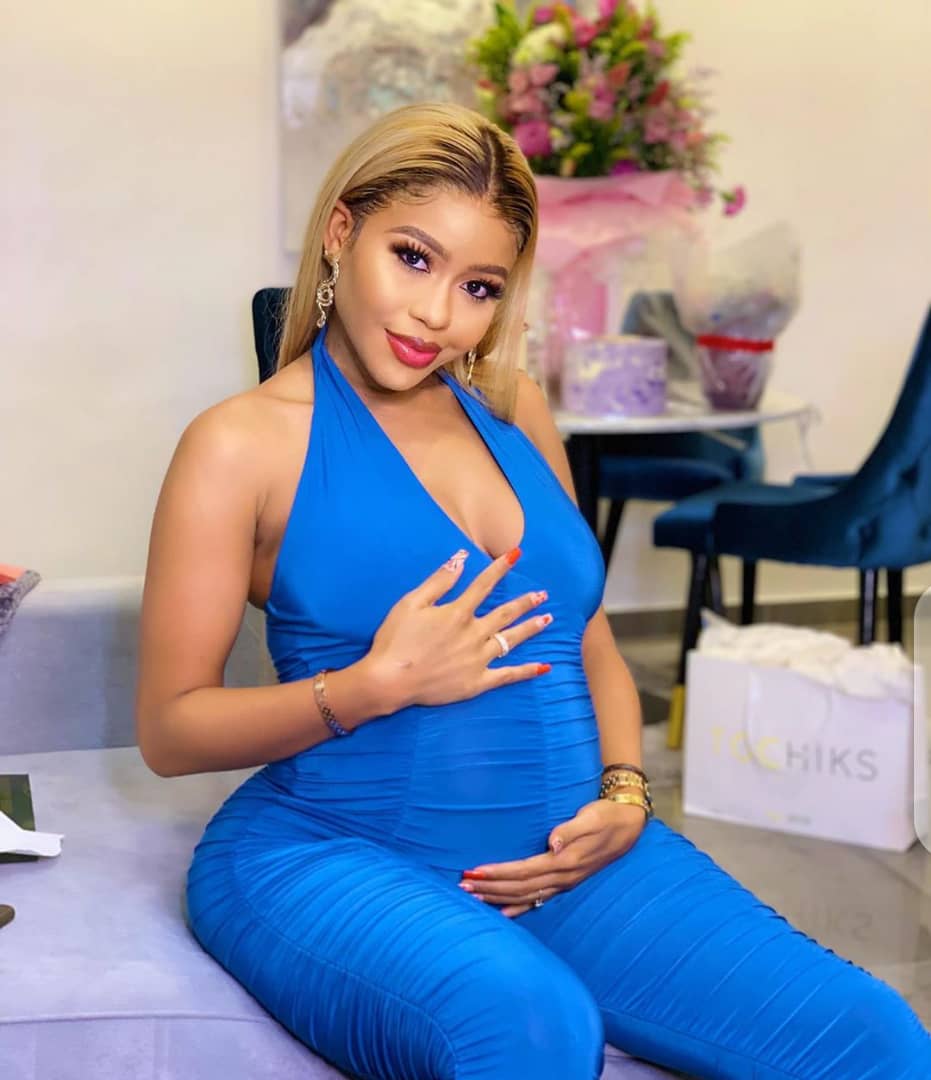 Awesomely beautiful Cynthia who is better known by her moniker Cy4luv and who used to be like one of the most eligible spinsters then, is a very well known, in fact quite popular Instagram star, with a sizeable followership. The happy go lucky & stylish babe has had a rollercoaster love life, the kind that those best selling romance novels are made of. The sort where a knight in shining armor just gallops in on an imposing white stallion from some far lands, to come sweep his super elegant damsel off her beautiful feet in the glass slippers.

If you are a regular reader of our blog http://maestromedia.blogspot.com you would have encountered her story before, especially about her whirlwind 3 months romance that led to a beautiful wedding late last year.

According to Cynthia she had met the love of her life only 3 months before he thereafter proposed to her in front of her friends and more at a most romantic occasion in Lagos. Both Cynthia and Yomi had met while she was on vacation, where a mutual friend had introduced them. In what looked like love at first sight, like in those movies we love to watch and that turns us all mushy-mushy, both just clicked and the rest is now history. From that supposedly chance meeting where they just clicked like they had known each other forever, they saw each other again in Lagos and one thing, the major thing we dare say led to another so much so that 2 months after, he proposed to her at a surprise event that totally swept the young lady, (she’s just 27), off her gorgeous feet.

By December of 2019 Yomi & Cynthia had graduated to being Mr & Mrs, having signed on the dotted lines, for richer or poorer, in good health and bad, till forever.

From what we heard the traditional and white weddings were both beautiful events it was even tagged CeeYomi2019.

Now after just 11 good months after they met, the exceptionally gorgeous and beautiful lady, who is like a little sister to the very well respected Hon. Shina Peller, the well connected house of representative member, who is the owner of Nigeria’s numero uno night club and lounge, is already on the 9 months course and may even be in her 3rd trimester already.

So dazzling and pretty is she looking in her preggy mode that all her friends and fans have been jumping over each other as they have been elatedly congratulating her. Wishing her safe delivery and telling her how beautiful she is or she looks!

We also here at Maestro’s Media are wishing the young lady, a safe delivery when the due time comes. We pray to hear the good cries of the the new bambino and the joyful exhalation of the happy new momma.