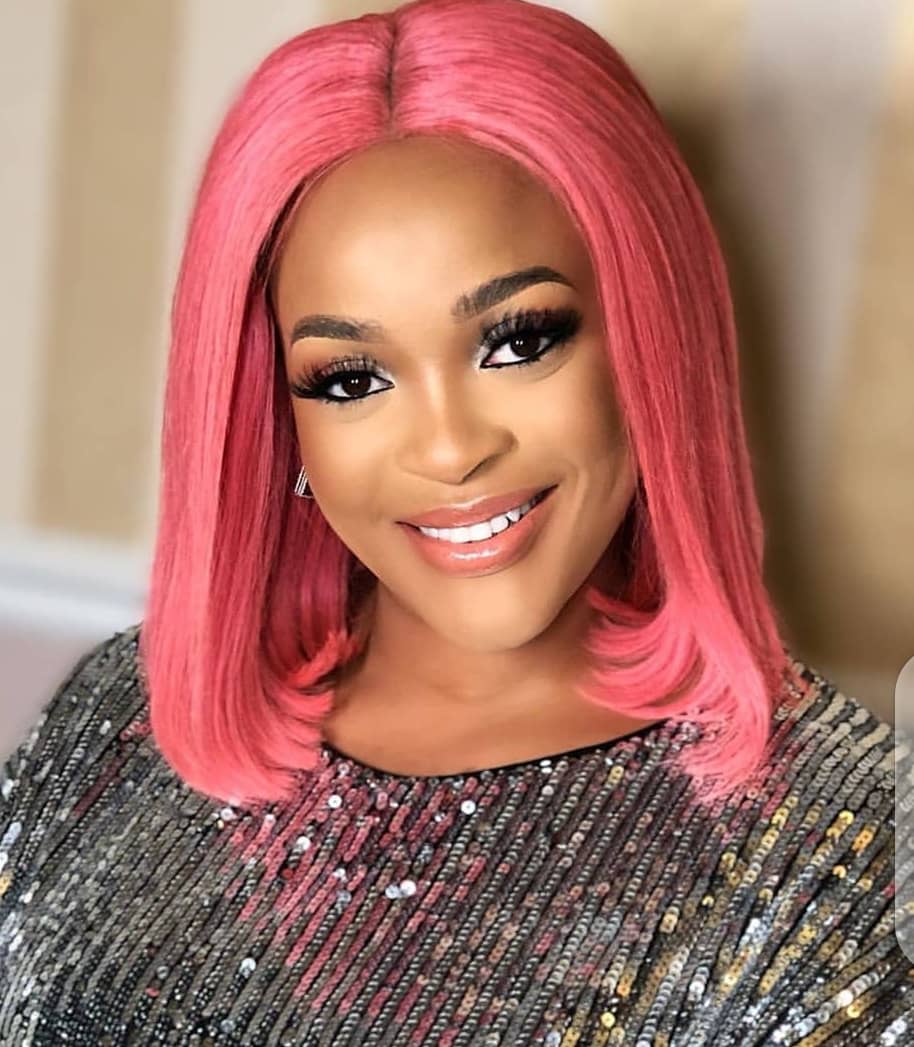 She is a former beauty queen, still one any day though. In fact, she was the ‘Most Beautiful Girl in Nigeria (MBGN) 2008’ as the then ‘Adaeze Stephanie Chinenye Igwe’ 18, from Anambra State, as one of the youngest ever candidates to have participated in the pageant and to have won it.

She took over the beauty baton from the equally gorgeous ‘Munachi Nwankwo Abii’, who was the MBGN 2007.

So it has been about 12 good years now that I have known this ‘exemplary angel without wings’. I met her just after she had won the then pageant. I was still at ‘Encomium Magazine’ then, where I was doing my ultimate best to make a mark as a budding lifestyle journalist at one of the top 2 best Nigerian tabloid. So I had sought out the very shy & newly (deservedly at that) crowned beauty queen then, to interview her for my special edition- “Encomium Special Magazine”, our then no gossip, no scandal, all celebratory, all gloss, all colour, quarterly edition”. We had set up an appointment and I gone to meet up with her at one of the top boutique hotels then in Maryland, Ikeja, Lagos where she was lodged away from all the cacophony and intrusion. That 1st encounter was the beginning of a strong friendship and a mutually respectful association that still exists till now.

Adaeze is a shy, very humble, very respectful, quite considerate and somewhat accessible lady. I have known her now since 2008, a whole 12 years, so I can confidently say I know a bit about the kind-hearted angel to the extent that I can’t be misquoted. From the get go, she made my job so easy, that I became a super fan and like an elder brother adviser immediately. She is so close to her young-at-heart mom that you would think they are older and younger sister, she even introduced us.

Fast forward a little bit afterwards. I was one of the very few then, that knew about her ‘surprise wedding’ when it happened. I had what people can call ‘priviledged information’. In fact it was Adaeze herself that introduced her then husband to be, Joseph Yobo to me. And we became like brothers ever since.

How did my friendship with JY begin? So I got a call from out of the blue who had claimed he was ‘Joseph Yobo’ and I immediately cut off the call believing it was crank call. Then people just used to call to be stupid because our names and numbers were in the magazine. So I thought that it was one of those types. But something just made me to call Adaeze to ask if she had given my number to someone to call me and she said yes and in shock, I had to explain my rude reaction to the call to her, to which she just laughed so heartily the way she does most often. And said her husband understands and would call me back. Which he did. And there began our friendship.

The Yobos have always been extraordinary to me. If there was a far better word to use, to properly encapsulate it better, I would have used. He was still at Everton in Liverpool at that time.

So I was planning a trip to London at one point in 2009 or 2010 and his call just came in and he noticed as we were talking, that I was a bit distracted and somewhat agitated and he left what he wanted me to do, to ask what was my issue. And I responded that I was leaving for London in a few days and that I had pressing accommodation issues. So he asked me a few questions and said he would call me back. Lo and behold, not more than 30 minutes later, I had gotten a mail from an hotel in London, where I had been booked for accommodation and breakfast for about 10 days to the tune of more than £1200 Pound. And payment had been made already! I couldn’t contain myself.

I remembered getting to London at point also and I was staying at Grays with a good friend for about a month and JY while checking to see if I was okay, sent me a Western Union of £1000 Pound to manage. A thousand Pounds cash in London is a good injection to the system any day, any time.

My first ever trip to Istanbul, Turkey was facilitated by the Yobos, as JY had mover to Turkey then. It was an all expense paid trip with all the works. Flight, accommodation, feeding & spending money etc.

I, like more than 10 or more others that came from around the world then, came on a platter of gold. I was particularly treated like a ‘visiting monarch’, the only journalist that was invited. I was first at a 5 star hotel with 2 massive floors of designer’s outlet beneath, not far from the Yobos beautiful home. Before I was later moved to the Yobos palatial home. Munachi and others were on that trip too.

I had been invited to cover Adaeze”s 21st birthday and also their 1st son, Joey’s 1st birthday. I enjoyed the very best of the best in everything just to say the least.

Istanbul is a tourist and buyers attraction without a doubt and I had a super time. JY’s then club, Fenerbahce SK had facilitated my Visa, so I just got into Abuja, drove to the embassy got my Visa in less than 40 minutes, then I was already on my way back to Lagos. It was like magic!

That trip to Istanbul like several others afterwards was eye-opening. The dinner with JY’s club mates, the visit to the clubs in the best cars (machines) money could afford and other things were awesome. Just Imagine being in the midst of the creme de la creme at the best joints with the kind of guests one would be praying to always mix with.

I was accepted into the family like I was one of them, just because of his wife-Adaeze. Who I had free access to.

When I got back home-Lagos, it was like I had gone on a shopping spree.

At another time, JY paid for a business class ticket for me to and fro Istanbul. I was lodged at the ‘Marriott Hotel’ in fact on the 9th floor for that matter, with full first class breakfast of pick-your-choice sorted out.

When he was going for a match in another town for some days, he gave me to hold €1000 Euros, just in case I needed anything while he was away. When he came back from his match he asked if I wanted to go out to which I said yes, so he told his cousins to take me out and gave them money for our trip. But he still called me to the side, to give me another €1000 Euros that just in case I wanted to have my own fun all by myself!

I remembered he still later gave me money for shopping, that was not less than €2000 Euros. Still yet, when I was coming back home to Lagos, he still gave me €5000 Euros to manage!

There have been other interventions after that and I know all is partly because of Adaeze, who must have said presented me very well to her kind husband. If she wasn’t comfortable with me, I know it all wouldn’t have been possible.

Same way I know Ada, Is how I know the mom also, who I also have a good relationship with and I also know Ada’s brilliant younger sister-Oby, another kind-hearted soul. Seems like good behavior, proper upbringing just runs in the family effortlessly.

As close as I am with Ada, she has never for once had anything bad or negative to say about anyone. Even when she was bombarded by some of those about her, who felt her knowing me and being close to me was or could be an issue. She didn’t throw me away like they had wanted and never once said anything negative about them.

The estatically gorgeous soul is a mother of 3 gorgeous kids. She’s been married now for a whole decade (10 excitingly beautiful years). And it’s like it was just yesterday that it all happened. Apart from a little addition here and there she’s grown to even be more beautiful like a fine wine.

Today Tuesday, April 14, 2020 you have gallantly clocked 30 year old and you are still excitingly beautiful- inward and outward. That your infectious smile and hearty laughter have only gotten better through the years. You have matured extraordinarily to a better you. And it’s obvious in all you do. Your magnanimous and caring heart has gotten more mature too.

May blessings like an ‘exciting avalanche’ pour upon you ceaselessly.

Long may you live.