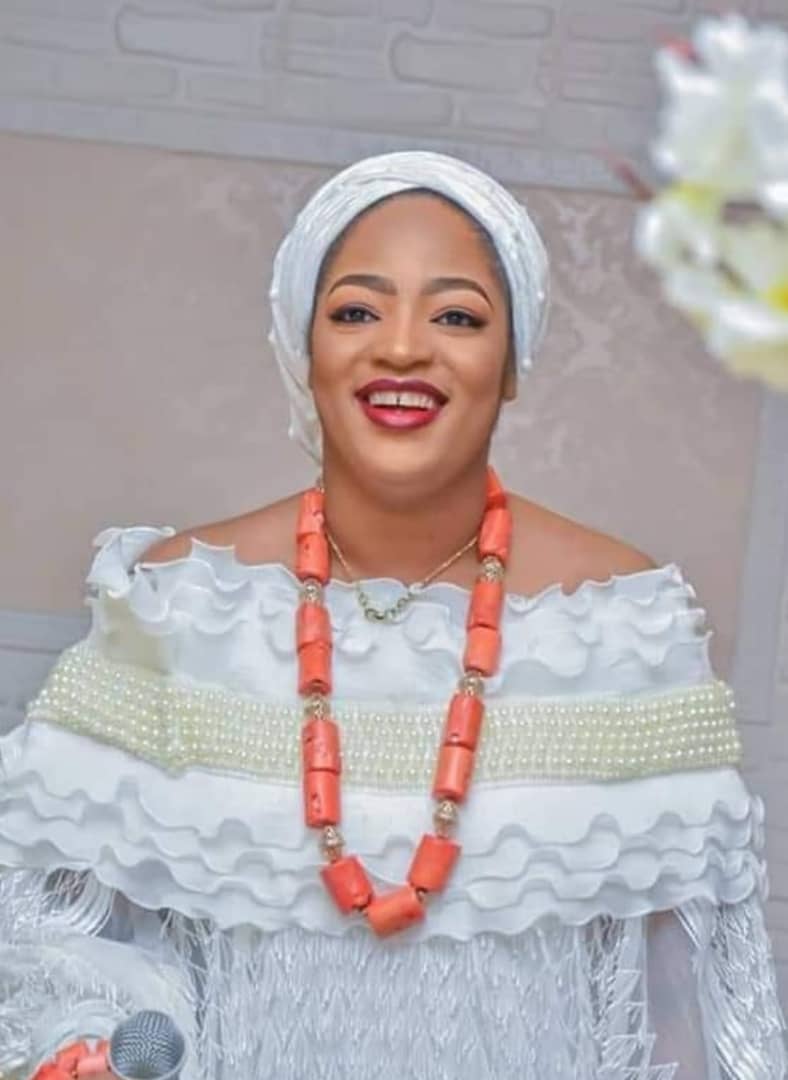 By virtue of the fact that her husband is none other than the renowned monarch, his imperial majesty, the Arole Odua himself, the very representative of the founder of the great Yoruba race, the Ooni of Ife, that’s talking about Kabiyesi, Oba Enitan Babatunde Ogunwusi Ojaja II; Olori (Queen) Morounke Naomi Silekunola Ogunwusi is like the very mother of the proud race too.

For the very many that might not actually know, the ‘Ooni of Ife’ as a matter of fact, is actually the very representative in the human form of traditional religion in the whole world, making him the rallying point, for the worship of all the gods that the Yorubas believe in. So whoever is kabiyesi’s wife, would also be held in very high esteem, like her husband.

The Ooni himself is actually viewed by some as a god too.

So the Olori (her majesty, the queen), the Ooni’s 3rd wife, but only wife at that, just clocked 27 (twenty seven)….. yippee ya!!!!!! Quite young I presume you are all saying.

Oooo Yes she is and one of the good qualities that must have endeared her so much to the quite handsome and regal monarch, apart also from her purity. So she’s worthy of the celebration and all that the Yoruba race as a whole can muster.

The uniqueness of this young, beautiful and highly spiritual queen is her comfortable ability to blend culture, the very height of the Yoruba culture with religion. Being the very wife of the very epitome and face of the Yoruba traditional religion and culture and her being the leader and spiritual head of her own church or better still denomination, says a whole lot about tolerance, so kudos the her.

The Olori is a renowned prophetess who has held many big spiritual programmes that had loads of her followers and more in attendance. And her belief for once, has never ever clashed at all with her position and what she represents, as the wife of the king, Arole Odua.

The queen began her public ministry at age 18 & by 2011 she had become an evangelist and her prophetic journey had begun. She actually arrived this world on April 15, 1993 and exactly today, is her delightsome 27th birthday.

The king and his queen were both introduced to each other by another renowned religious lady, who is especially known for her philanthropy.

Just as Olori Morounke is celebrating the addition of a new year (birthday) today, one of the other thing we are eagerly awaiting that we also want to celebrate elatedly, is none other than when her babies, the ‘eagerly awaited princes of the cradle for that matter’, would be arriving gallantly.

Happy birthday to a gorgeous and quite humble woman. May your days be long.

BUT WHO IS SERIOUSLY AFTER ‘OLORI BADIRAT AJOKE ADEYEMI’, THE GORGEOUS ALAAFIN’S YOUNGEST WIFE?
BILLIONAIRE RESURRECTION OR WHAT? IS KENIEBI OKOKO NOW ALIVE?
Comment