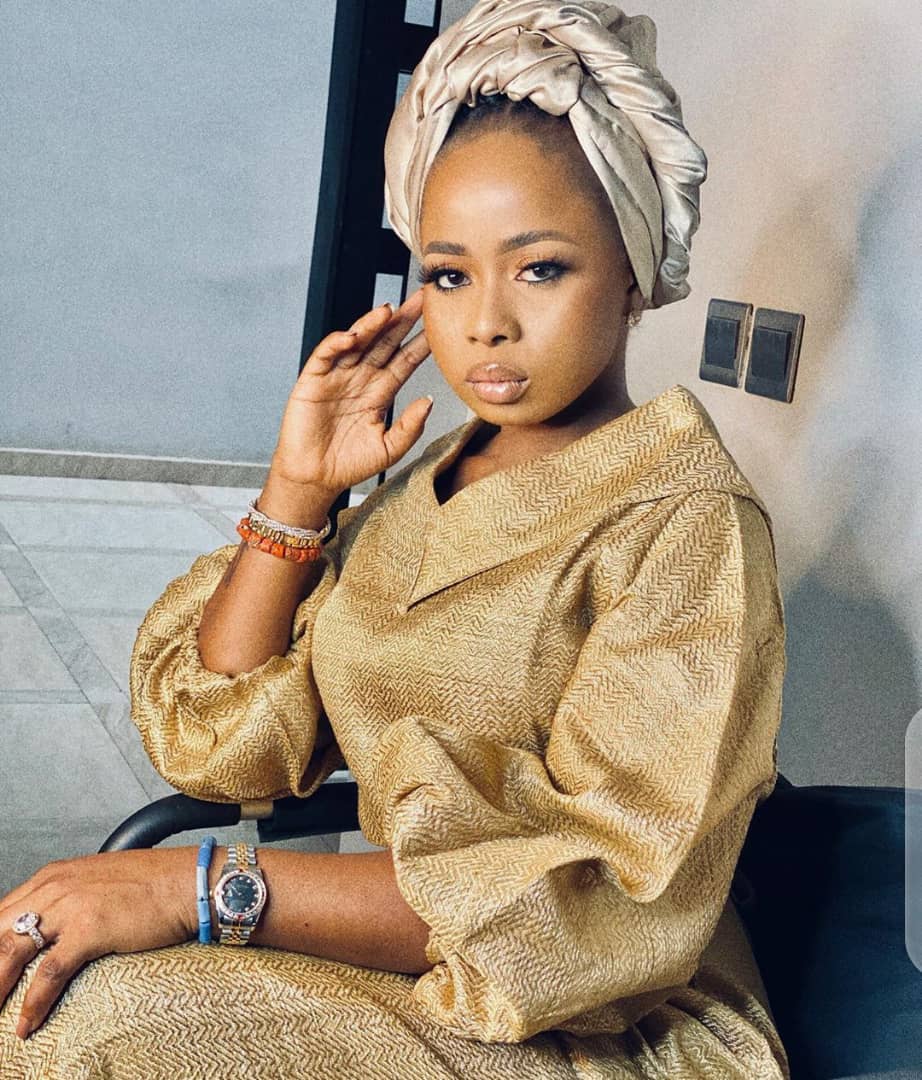 What people would try to do, just to cause trouble. Or better still the length that some people are willing to go, just so that their evil agenda can play out is so unbelievable and strange. In fact totally crazy & foolish, to say the least.

So the outstandingly gorgeous Olori (Queen) Badirat Ajoke Adeyemi is probably the youngest, most beautiful, most stylish and most urbane and best educated of the 4 exciting wives of the fearsome monarch, the iku baba yeye himself, that’s talking about his royal majesty & in fact one of the most renowned and most feared Yoruba kings in the whole universe, the Alaafin (Palace owner) of Oyo, Kabiyesi, Oba Lamidi Olayiwola Adeyemi III, 81.

Queen Nola as most of her quite numerous and admiring fans prefers to call her, graduated not quite too long ago and is still serving her fatherland, except maybe she must have just finished very recently.

Imagine that a brand known as ‘Chirp Television’ just went on Twitter, just yesterday to openly allege that the young Olori had been sent out/sent packing out of the palace by her husband due to her somewhat unpalatable association with a respected, award winning, very popular, top musician and entertainer who the royal father himself celebrated so powerfully not too long ago, with one of the most prominent and uncommon titles in Yoruba land!

Just imagine the insult and the embarrassment of such an accusation? What if such claims cannot be readily substantiated?

We are even of the opinion that if such had happened truly and if the monarch would send his wife away, there could have been a press release to such an effect, so that people wouldn’t just go to the market with just about any type of news they could just conjure out of their fertile imagination.

We are hoping to actually get to the bottom of this.