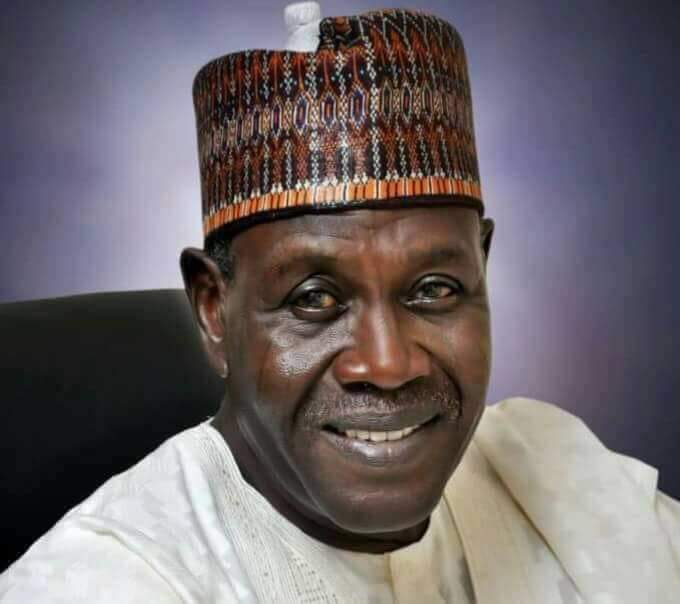 Abba Kyari the Chief Of Staff to the President, according to official statement only just passed away a few hours ago. So his death is still very fresh and while his admirers and others are still mourning the loss, the battle to replace him is already raging clandestinely.

The position of the Chief of Staff is a massive one, most especially in this Government or better still adminstration, to a certain extent the position even wields more power and influence, more than positions above it. While most of those positions above it could be described as mere offices with figure heads, the position and the office of the COS, is not that of a paper weight at all, but that of a certified heavyweight.

So already as we speak the jostling to take over, so as to be the very ear and eyes of the commander-in-chief/President of the Federal Republic of Nigeria.

And already many names have started coming up, likes of that of Ambassador Baba Gana Kingibe, 74, a perennial name and personality when it comes to Governance and adminstration in Nigeria. If antecedence would be a major factor in deciding on the choice of who becomes the new COS, then Kingibe has already gotten the post.

An Ambassador, who was a former deputy presidential aspirant with Chief MKO Abiola, meaning he is a VP that never happened. A man who was a former Secretary to the Federal Government of Nigeria and a former Minister over many  portfolios, including Foreign Affairs. He is more of a contemporary of the President.

Other names are that of Malam Adamu Adamu, 63, the brilliant Minister for Education from Bauchi State, then also is the highly influential Minister of Aviation, Hadi Sirika, 56, known to be one of the most brilliant Government officials in this administration & then there’s the boss, specifically the ‘Comptroller of Customs and Excisez who is a good friend of the President, Col. Hameed Ali, 65, a retired army officer, who has done absolutely well in the task that the President gave to him at the Customs. And because of his success, the President might just want him to continue as the Customs boss.

One outside name that cropped up is that of Babatunde Raji Fashola, SAN. The former well celebrated action Governor of Lagos, who is the all powerful Minister of Work is also well positioned too, the only 2 snags are he is doing absolutely fantastic where he is right now and the President might not want to jeopardize that and then he doesn’t speak Hausa, which would count for a whole lot.

A super influential and power wielding cousin (family member) of the President, Mamman Daura whose power though might not necessarily be seen, but is very well felt by all and the also the super influential wife of the President, Hajia Aisha Buhari, are been speculated to have strong influences in the choice of who should become or pick up the position of power and influence as the next COS.

There’s the likelihood that another person would be picked quickly to replace the late Abba Kyari who only fell to the power of COVID-19 just a few hours ago.

The office of the COS is one very powerful office, via which most things of importance are routed to the President. So whoever must man it, must be a person with great capacity, someone that discretion must be second nature to, a very firm and highly resourceful person and even far more.

ABBA KYARI’S DEATH & BURIAL RAISES CONTROVERSY. MINISTER WOULD NEED TO EXPLAIN HIMSELF
THE ALL POWERFUL COS ABBA KYARI IS DEAD! HE IS THE LATEST HIGH PROFILE VICTIM OF THE COVID-19 CORONAVIRUS PANDEMIC!
Comment