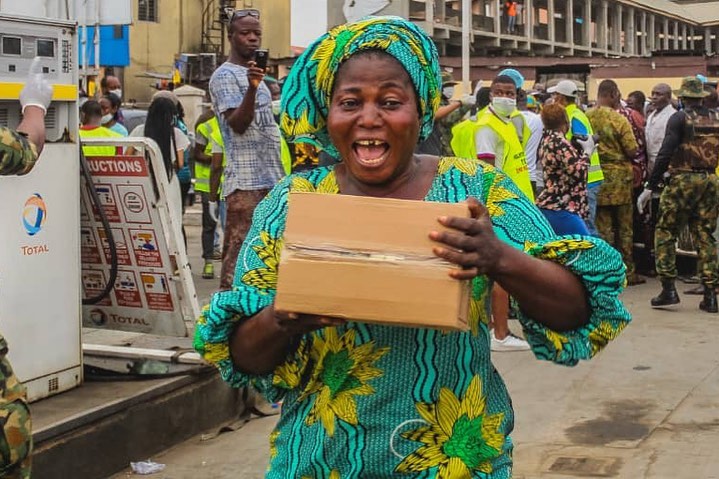 Long before this debilitating pandemic unleashed its venom, which has affected the whole world and killed so many people already, Seyi Afolabi Tinubu, Asiwaju Bola Ahmed Tinubu’s most visible son, had always done his good bit silently.

Those who know him very well and others who have encountered him, all cannot stop talking about his good and giving nature. They infact call him Mr. Generous behind his back.

They all attest to his generosity on a colossal level. Once he knows about your issue or predicament he must surely intervene.

For a man just in his early 30s and born with that “proverbial silverspoon’ and one who in a short while has even done very well, all by himself in business, as his Loatsad Promomedia brand, the numero uno in its sector and other investments can easily attest to.

He could have easily like others on his level stayed aloof and just pretended that he is oblivious of what’s going on around him, that it just doesn’t concern him whatsoever. Just as long as his inner circle is okay and well, why trouble himself?

He could have just remained aloof, in that super comfortable anonymous cocoon, literally just be having fun incognito and that’s it.

But instead, he has always being well concerned about what’s going on around. He is one man that really and truly cares for the well-being of others. That quitessential brother’s keeper.

On a personal note and via his foundation, the “Noella Foundation” named after his 1st child and daughter and operated by his wife and himself, they have done so much. As a matter of fact, he has a sizeable number of people, too numerous to mention, who are permanently on his roster that he cares for monthly: Like they are on a salary!

These people are not his employed workers at all, just those that are in need that he recognized and made up his mind to help. There are also so many other one off interventions too, that are also too numerous to count or mention, that have also happened incognito. From school fees to medical interventions etc.

His motto has always been that he cannot afford to see people suffer or go hungry. So whatever he can do at any time, he would do. So just like he has always done, he has continued in that same mold into this Covid-19 Coronavirus pandemic period too.

With extreme hunger starring all and sundry terribly in the face, he has thought to do his bit too, by helping to ameliorate the sufferings that the compulsory lockdown has unleashed on the people.

Through his Noella Foundation and in conjunction with FoodClique Support they have at least distributed till date food boxes to about 13000 people across Lagos and still counting.

From Agege to Surulere to Makoko to Mushin to Onipanu to Badagry to Epe to Ikorodu to Ebute Metta to Yaba to Ojo and still counting as they have vowed to reach more areas and touch more people’s lives via their kind gesture. Their target from what we hear is enormous .

In the boxes that each person gets are foodstuffs like pack of rice, noodles, pack of garri, water, pack of salt, pack of sugar, pack of seasoning, spaghetti, all in just a box!

The idea behind each box is to support at least 30 meals per box. And those that have gotten a box each haven’t been able to contain their joy.

So all we can say is, kudos to the Tinubus and Food Clique for this excellent gesture.