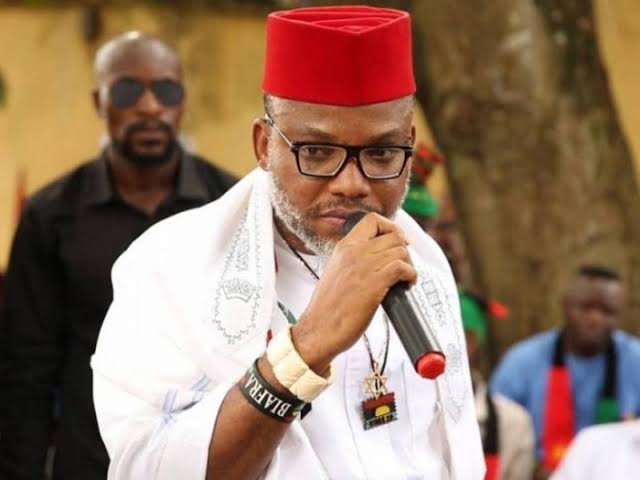 It’s been many days now since the speculation began about his supposed ‘untimely demise’ due to complications arising from the ‘COVID-19 Coronavirus pandemic’.

We are talking about none other than the IPOB Generalismo himself, in the person of ‘Mazi Nnamdi Kanu’. The reason for the speculation began in earnest, from when social commentator extraordinaire, the one and only ‘Kemi Olunloyo’, hinted about the likelihood of the death of the spiritual leader and otherwise of the proscribed group.

Though many have not been sure about the whereabouts of Kanu, his IPOB group have tried as much as possible to debunk the death tale and have also tried the paint Kemi as an agent of the Government, which is very laughable. But instead of the controversy to disappear and just go away and has much as the group have lampooned Kemi Olunloyo ceaselessly, the death story has refused to go away.

IPOB and her leader, Nnamdi Kanu themselves have further fueled the speculation. Unlike how quickly the IPOB boss would have come out himself to totally debunk the tale that’s has continued to gain traction as the day goes by, he has instead remained incommunicado, either delibrately for a reason we don’t yet know about or because he is actually truly dead!

Hence our asking about his whereabouts.

Meanwhile, Kemi Olunloyo has come out again, rather more strongly this time around, to further reiterate her earlier stance, that Kanu is actually dead and that his wife would soon announce his demise to the world.

Are you dead or alive?

If alive, why are you using the same weapon (subterfuge) that you greatly hate and that you have accused your enemy (enemies) (Jubril of Sudan and cohorts) of employing too now?

MO’CHEDDAH her royal deliciousness- FROM MUSIC TO “BEAUTYPRENEUSHIP” & more.
The Paramount Salesman of A Generation takes A Farewell Bow – Remembering Willy Anumudu*
Comment