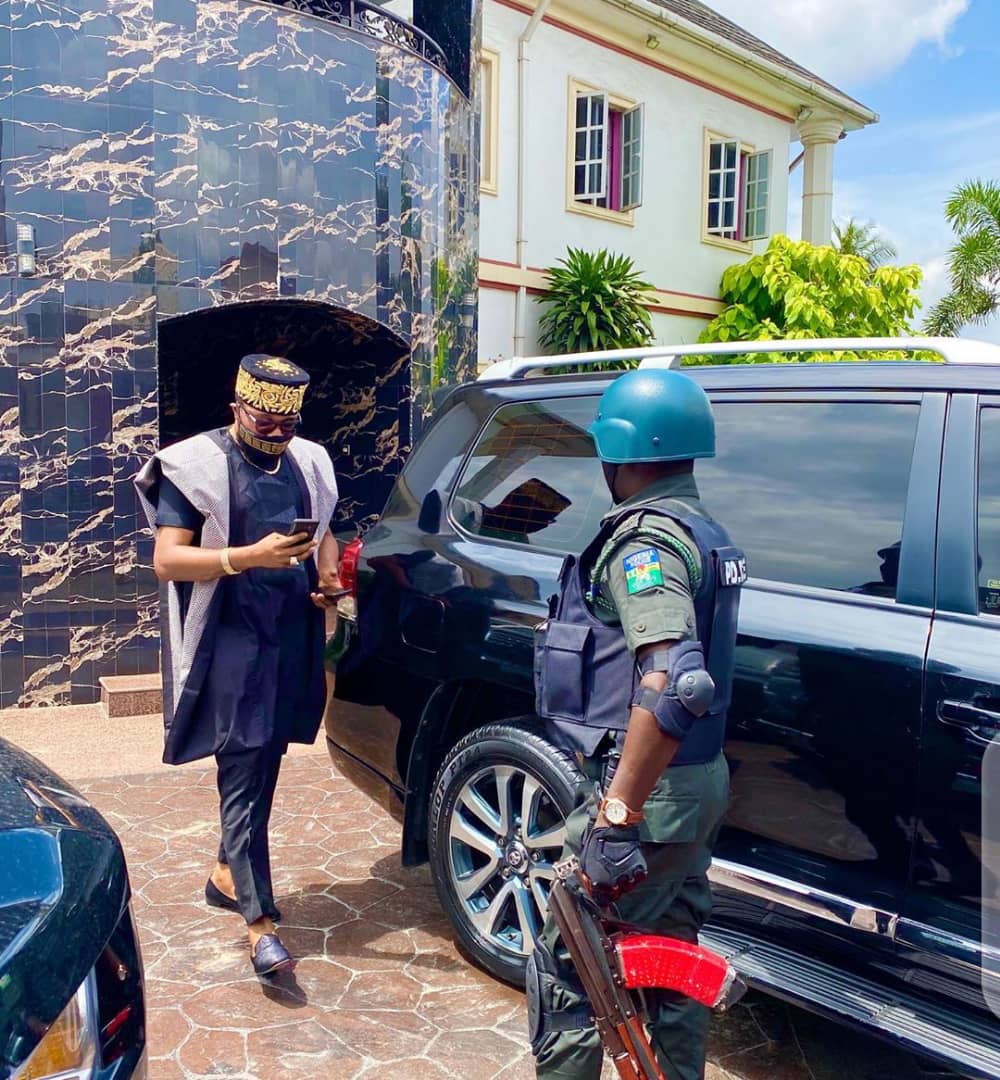 ….is this just a smokescreen investigation or would the police authorities actually/truly dig in, to actually ascertain and find out his source of seeming unlimited wealth? The music industry in Nigeria must be raking in the billions like torrential downpour, supported by a freight business that’s already multi-billion Naira worth.

Emeka Okonkwo aka E-money is very well known by all. He is the supposedly super rich younger brother of Kingsley Okonkwo, that’s KCee, the award winning musician. He is the boss, Chairman of Five Star Group of companies.

Five Star is actually more known for 2 businesses, Freight-forwarding and maybe entertainment, more like music, as they own the record label that KCee is signed to. From all indications, the only musician signed on or the only star signed to the label is KCee himself. E-money by all standards and his antecedence is a renowned philanthropist. The way he spends and he is particularly renowned for, it’s like the money he is worth has no limit. Some even refer to him as the ultimate Father Christmas, the way the Yorubas refers to a “benevolent wealthy personage” when they say the benevolent rich person they are actually referring to (the rich person that is a real blessing to all others around).

Seems like his very [loud lifestyle] of huge cars of many makes likes of Rolls Royce x2, Mercedes Benz G-wagon x 2, Lexus SUV & others, which the staggering value of which are estimated to run into at least a billion Naira & more; large entourage with as many as 6 scary looking, gun-toting policemen at a go, all guarding him, holding umbrella for him, opening doors for him, generally acting like ‘glorified paid domestic helps’ without scruples, might have brought him under the light & scrutiny by the Police authorities.

So according to the latest news about him as reported by Punch, the super wealthy, in fact Billionaire freight-forwarder has had his [police escorts] withdrawn with immediate effect and automatic alacrity!

According to the report having drawn the ire of the Police authorities-most especially the top boss himself in the person of IG Adamu, the policemen have been withdrawn and they and their benefactor, that’s E-Money himself would be Investigated.

A top police officer said, “We received a signal from the Force headquarters on Monday that the police detail of music executive, E-Money, be immediately withdrawn and an investigation into the man be launched.

“The IG was surprised that policemen were attached to him in the first place and were being used like domestic servants, carrying umbrellas, opening doors, and doing menial jobs for him.

“The policemen were discovered to be attached to B Operations at the command headquarters and not MOPOL, which is the usual practice. So, we have withdrawn his policemen and we are inviting him for questioning. The policemen will also be interrogated.”

OLORI GUSHI II IS VERY PREGNANT BUT HASN’T YET DROPPED HER BAMBINO!
MO’CHEDDAH her royal deliciousness- FROM MUSIC TO “BEAUTYPRENEUSHIP” & more.
Comment