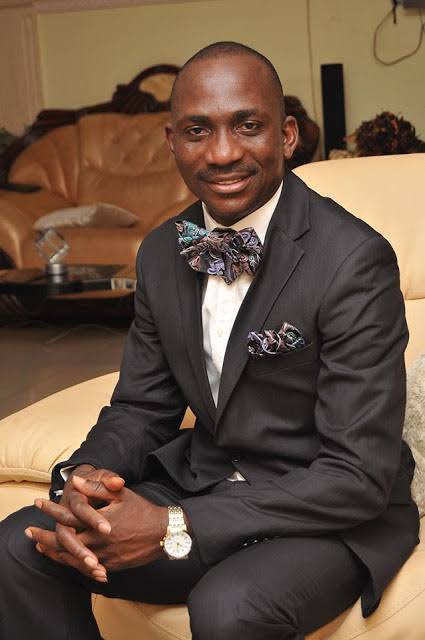 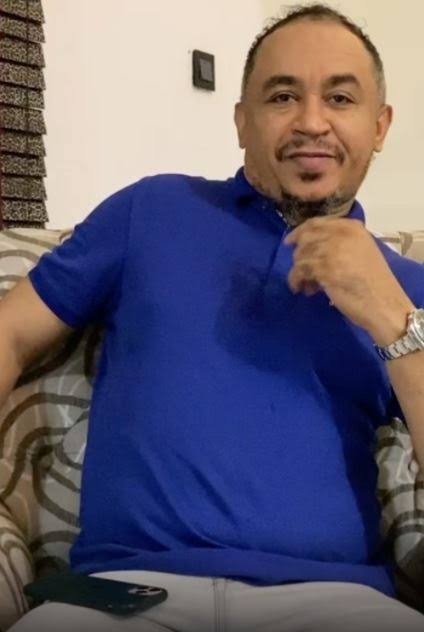 Left to the very famous and small statured but fiery medical doctor turned Pastor, Dr. Paul Enenche, who is the presiding/senior pastor at the ‘Dunamis International Gospel Centre’ which was established on November 10, 1996 with her imposing, world record breaking HQ in Abuja, whose church auditorium known as the ‘Glory Dome’ with 5 major entrances, has the ‘biggest church auditorium’ in the world bar none, with a staggering seating capacity of 100000. The only reason he may have not called ace broadcaster known to all as ‘Daddy Freeze’, ‘a stark raving lunatic’, was most probably because he decided instead to embrace some form of decorum in his very well controlled anger, unlike his fellow Pastor David Ibiyeomie, who clearly didn’t care nor have a hoot whose ox is gored as he attacked Daddy Freeze and spoke of his plans for him. So instead, Dr. Enenche preferred to refer to Daddy Freeze, whose real name is Ifedayo Olarinde, as a ‘mad dog’ instead.

In the slightly over 8 minutes video done by the eloquent man, he literally tore Daddy Freeze to shreds! From how he spoke to was quite obvious that, he may have been waiting to respond to the broadcaster, referring to him vehemently as “a baggage of moral bankruptcy. A baggage of emptiness of character”. It was bomb after bomb after unrelenting bombs!

He started by saying the following quote “when evil is allowed to persist, it would become viewed as good”. Then he began by speaking glowingly about what he tagged “a culture of respect”, which he says is supported scripturally. Then he quoted Acts 25:5. Then he now spoke about the culture of respect being a deeply rooted African culture where the younger ones respects their elders and even make a show of it via prostrating to greet such elders ones.

He justified him referring to Daddy Freeze, whom he called Freeze as mad dog, by saying Jesus did it first, when he called King Herod in the bible a wild dog (a fox). He went further to buttress why he called Freeze a mad dog due to what he called ‘Spot Diagnosis’, which he said is a medical term that explains how one can detect whatsoever is wrong with a patient by just mere looking at such a person, without necessary asking from them their symptoms etc. Then he went ahead to properly dissect what he meant a mad dog is thus- Schizophrenia, schizophrenic form illness, bipolar disorder, attention seeking psychotic disorder. A man looking or seeking for attention by all means , one who does the attention seeking by pulling down others, who build value over the years.

He then referenced Pastor Ibiyeomie who had started it all when he called Daddy Freeze a bastard in an unbelievable rant that has since gone viral and has surprised everyone and has put people on 2 sides of the divide for and against the convener of the #freethesheeplemovement. Dr. Enenche claimed that the Bastard description wasn’t too far from the right description. He buttressed his point or assertion by asking some questions (referring to Freeze).

“When last did you behave like someone brought up in a home” ?

“When last did you behave like someone whose father gave any morals, any value in a home”?

“When last did you behave like someone who knows culture” ?

“What did your father teach you growing up?

“What did you learn as a child?

Then the excruciating bombs began in earnest.

When last did a tailor teach a surgeon how to operate?

Talking about people you are not up to & you will never be up to, if they give you a thousand lifetimes.

He then let loose several missives that were like atomic bombs! Before going on to speak so glowingly about the educational attainments of Bishop David Oyedepo, Pastor Enoch Adeboye and himself. Bishop Oyedepo was an Architect before embracing the ministry fully, while Pastor Adeboye was a renowned mathematician with a Master’s in Applied Mathematics, who even got a PHD in Applied Hydrodynamics with Stokes equation, before fully embracing the vineyard. Then Dr. Enenche spoke about his own professional calling as a Medical Doctor.

He then asked a question referring to Freeze, ‘how many lifetimes would you need to employ 35000 people as Dr. Oyedepo? Spoke about Dr. Oyedepo establishing 2 of the best Universities in Nigeria, Covenant University one of the 2 rated as top 500 Universities of the world, number 4 in Africa and number 1 in Nigeria.

“You are already CURSED man!

“Cursed man by virtue of bankruptcy of everything around you. You better repent now or Jehovah would finish dealing with you and deal with your lineage!

Then he gave what he said was a final counsel to Freeze-
Get yourself a wife
Get yourself a family
Succeed in the marriage, then you have any audacity, temerity or effontery to speak further on marriage or any issue that border on life success. Otherwise, you are a colossal, monumental waste of existence!

2nd advice- since you are so interested in pastoring & pastors. Get yourself a church, started from the scratch. Gather a hundred people physically and then gather a thousand and then gather them up to ten thousand & when you are through with that, pray for their sick, deliver their oppressed, help their widows and orphans, then run it successfully. Then you have an advise to give to anybody in ministry. Otherwise, close your mouth, close your irresponsible mouth forever and never to be beard.

Dr. Enenche is 52 years old, date of birth is June 4, 1968 and he is from Benue State. He is married to a fellow medical doctor by name Dr. Becky Enenche and they have 4 kids. Their church ‘Dunamis International Gospel Center’ was founded on November 10, 1996 in Abuja. When their colossal auditorium (the largest church auditorium in the world) waa dedicated last year 2019, it was a star studded affair with the Vice President, a fellow Pastor in the person of Prof. Yemi Osinbajo amongst the dignitaries. Others included Dr. David Oyedepo, Pastor Enoch Adejare Adeboye, Pastor Matthew Ashimolowo and very many others. His 24 year old church has enjoyed a massive growth since the doors were opened to worshippers since November 10, 1996. The Lord’s Garden project where the massive 100000 seater auditorium is built began on September 14, 2014, which would celebrate it’s 6th year anniversary come next week. The International Conference Center & Glory Dome sits on a whopping 5 acres of land

FINALLY ‘DADDY FREEZE’ EATS THE HUMBLE PIE AS HE APOLOGIZES TO BISHOP DAVID OYEDEPO!
PASTOR IBIEYOMIE MAY HAVE SHOT SELF ON THE FOOT OWING TO HIS UNMITIGATED UTTERANCES AGAINST DADDY FREEZE. NOW MOST LIKELY TO FACE COURT CHARGES FOR HIS VILE RESPONSE!
Comment