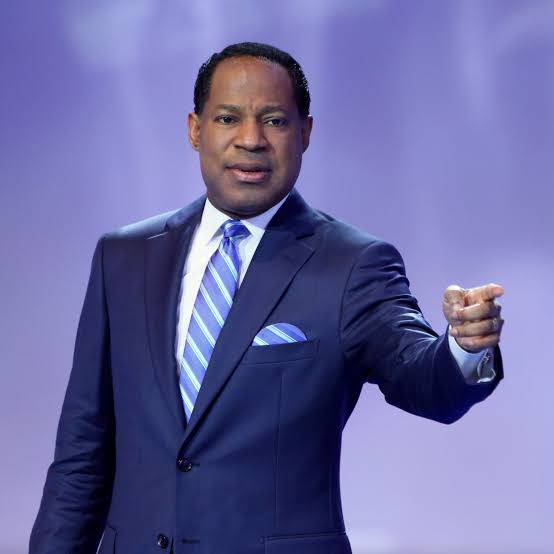 Nostradamus is none other than the world famous seer who is acknowledged to have predicted most accurately or near accurately many of the world famous events and happenstances that have baffled and confounded the whole world. So strategic and on point are his supposed predictions of world events that have spanned various periods and ages and times, that many have had to give the man a special place all by himself amongst the world seers of note.

Now there seem to be another of such in the horizon already and it’s none other than the President of the Believers’ Loveworld Ministries, that’s talking about the Pastor of the Christ Embassy Church, who some have ascribed as one of the top 10 wealthiest men of God in the world, it’s none other than the dandy extraordinaire, Dr. Chris Oyakhilome.

The man of God who is the shepherd over many millions of christians across the world, from Nigeria to South Africa and beyond and who is probably one of the most popular televangelist too to have emerged from the most populous African nation in the world-Nigeria, may have recently had a special meeting/encounter with the Creator-God, where they must have discussed certain earth shaking events upcoming in the nearest future.

The reason for this assertion may because of the banger/bombshell of a prediction or prophecy that he just recently dropped, as early as the last Sunday, which he unleashed on the world like a bomb! And it’s about the end of the world as it were and the phenomenon called RAPTURE!

“If the Rapture does not happen in three years, it might be six years.”

“If it does not happen by then, then it cannot exceed 10 years.”

“You have to give your heart to Jesus today because we are living in the last hours.”

“Send us a DM, and we will lead you to Christ. It’s that simple.”

Gbammest!!!! So according to the fine boy, dandy and well loved man of God, with the most awesome followership- that’s Pastor Chris, it means the Rapture could either be by 2023 (3 years away) or 2026 or if it tarries much longer, it would not exceed 2030!

To make such a sure and staggering statement as this, it must mean that the one would have a deep relationship with the God and therefore deep revelations too.

As one must guide against the many hoaxes that have been predicted in the past like it was said the world would come to an end in the year 2000 and here we still are, still waiting earnestly. But that prediction though came more from ‘scientists’ rather than a man of God of the kind of stature of Pastor Chris. So we are eagerly waiting and watching to see if others & by that we mean other equally popular and highly influential men of God or strong men of the pulpits would concur with this very good friend of the world renowned Pastor Benny Hinn.

For the information of all, it wasn’t too long ago, just last year September of 2019, that Pastor Hinn himself refuted or better still renounced one of his long held beliefs about a certain doctrine- which had to do with prosperity gospel and asked God for forgiveness for all the years of missteps.

For those who might not have an inkling of what the Rapture phenomenon is all about. It is that time when the Supreme Lord Jesus Christ would come the much awaited 2nd time and as He is coming with a massive entourage, many of those who believes in him and have prepared themselves for such a coming, would then be ‘caught up’, as they would disappear from next to and around whomsoever they are with and be caught up in the space, to meet with the Lord. It is supposed to be the beginning of a series of events, that would earmark the ending of the world.

So Rapture here has predicted by Pastor Chris would come, in the year 2030 at the most. And that is just a decade (10 years) away! So to be forewarned according to Pastor Chris, is to foreharmed. So world! Please repent now for the kingdom of heaven is nearly upon us!

WHEN DAZZLER PER EXCELLENCE, THE ONE & ONLY FEMI OTE$DOLLAR SENT THE SOCIAL MEDIA/ BLOGOSPHERE INTO A MAJOR OVERDRIVE WITH HIS NEW PURCHASES FOR DAUGHTERS-THOSE 3 FERRARI PORTOFINOS & THEN THAT STAND OUT MONACO RETIREMENT HOME.
FINALLY ‘DADDY FREEZE’ EATS THE HUMBLE PIE AS HE APOLOGIZES TO BISHOP DAVID OYEDEPO!
Comment