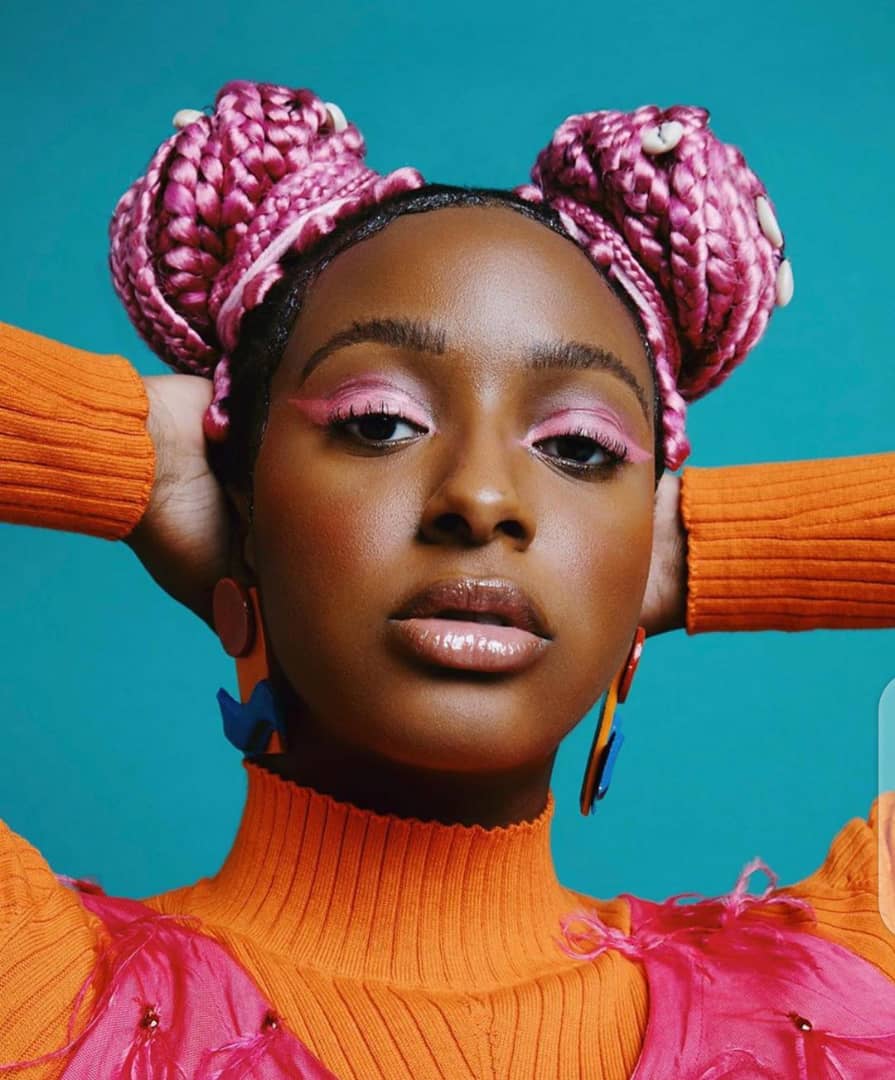 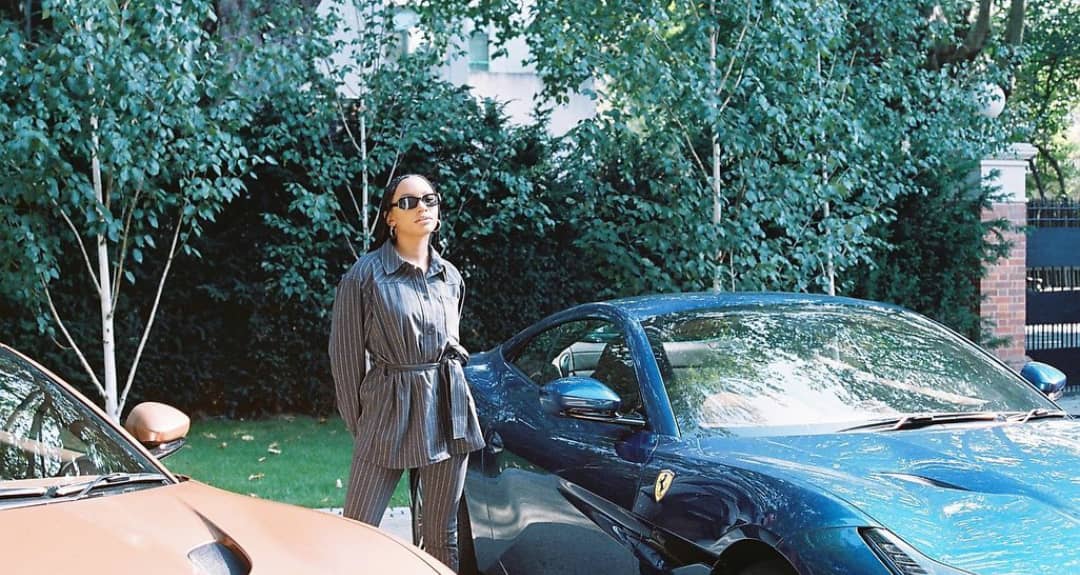 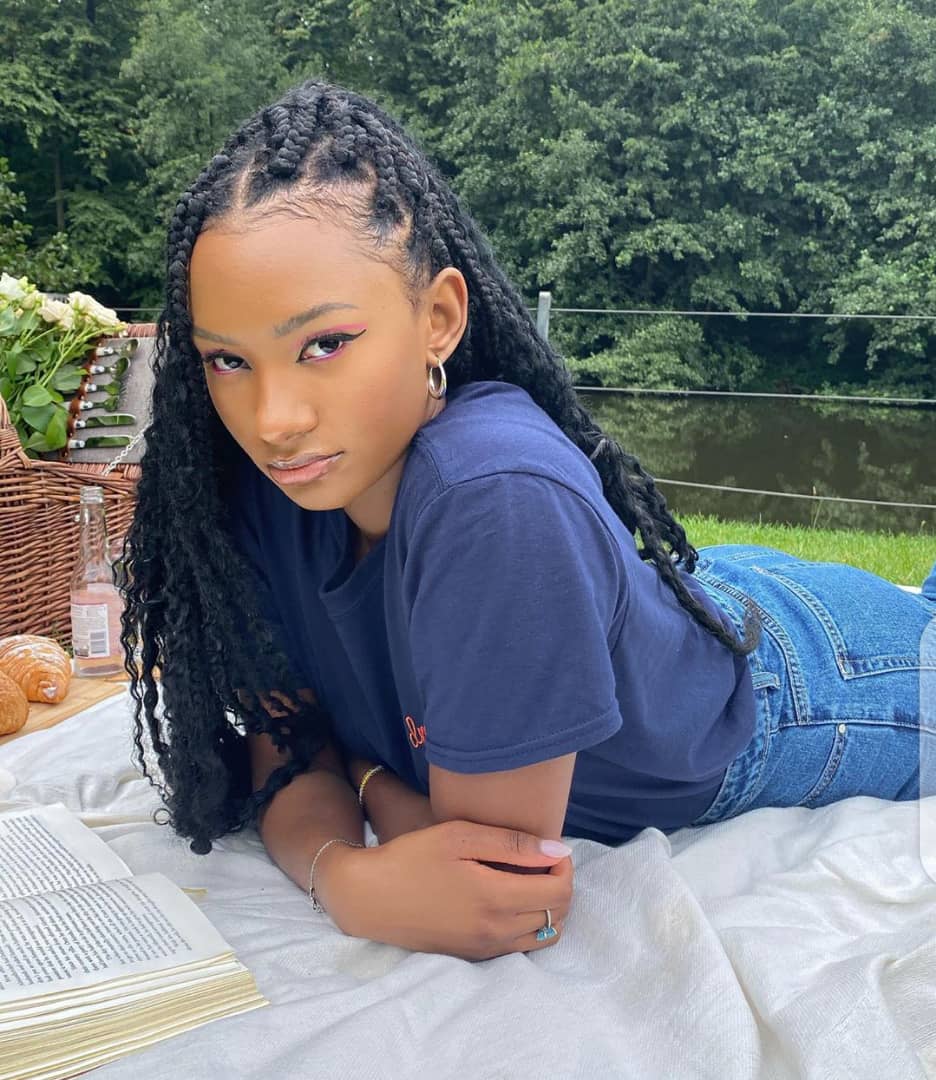 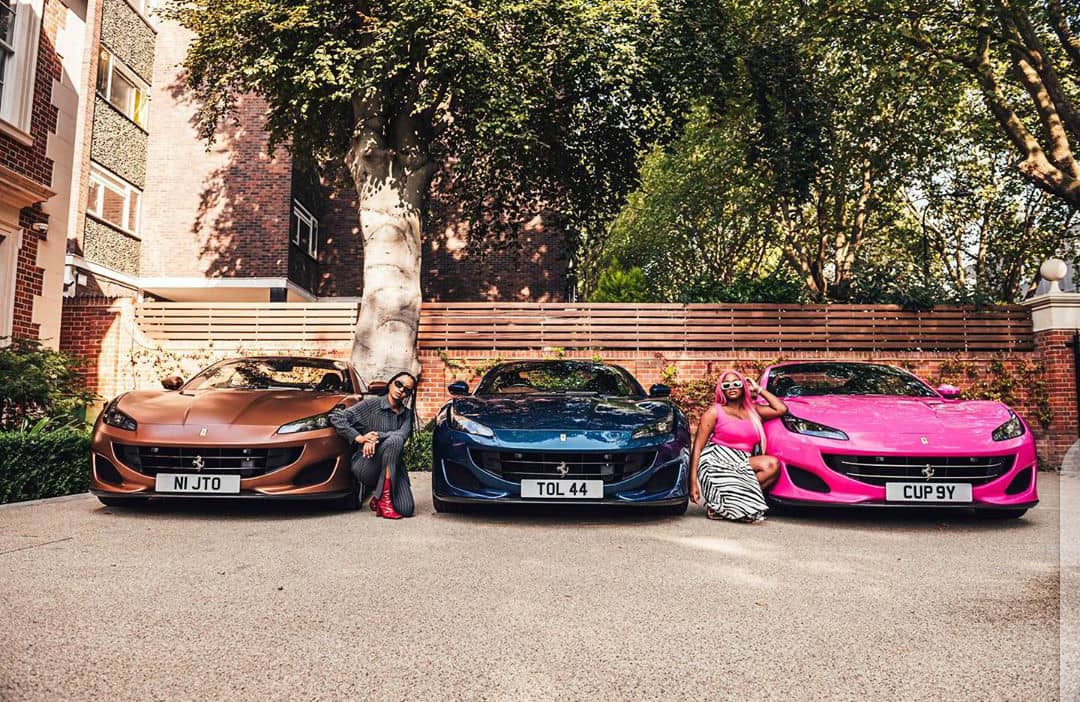 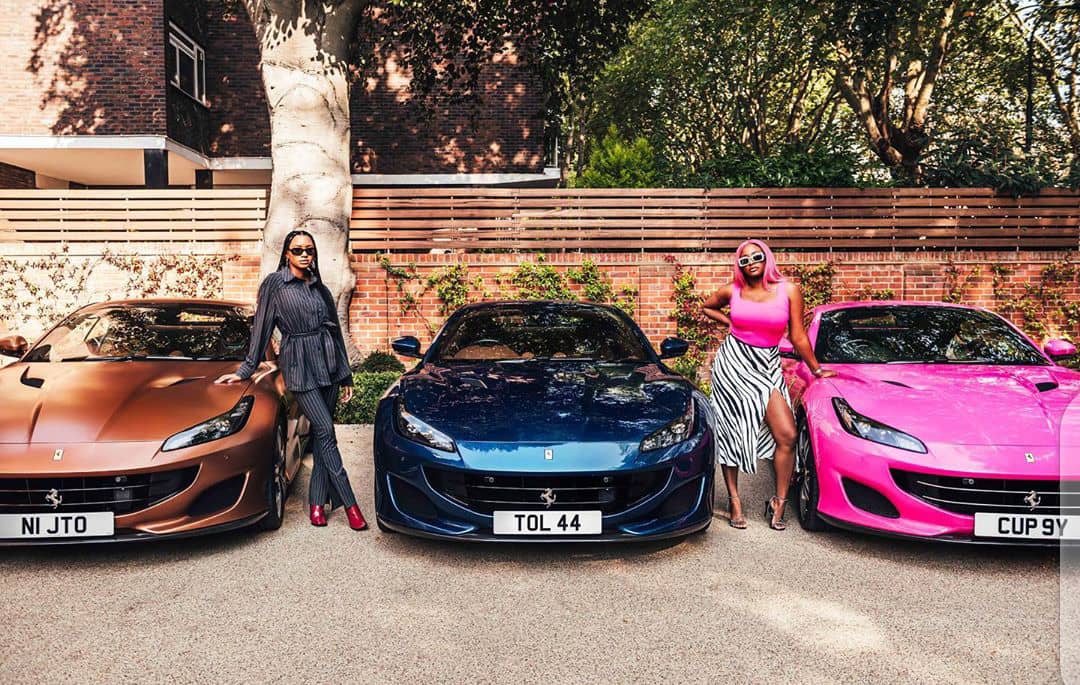 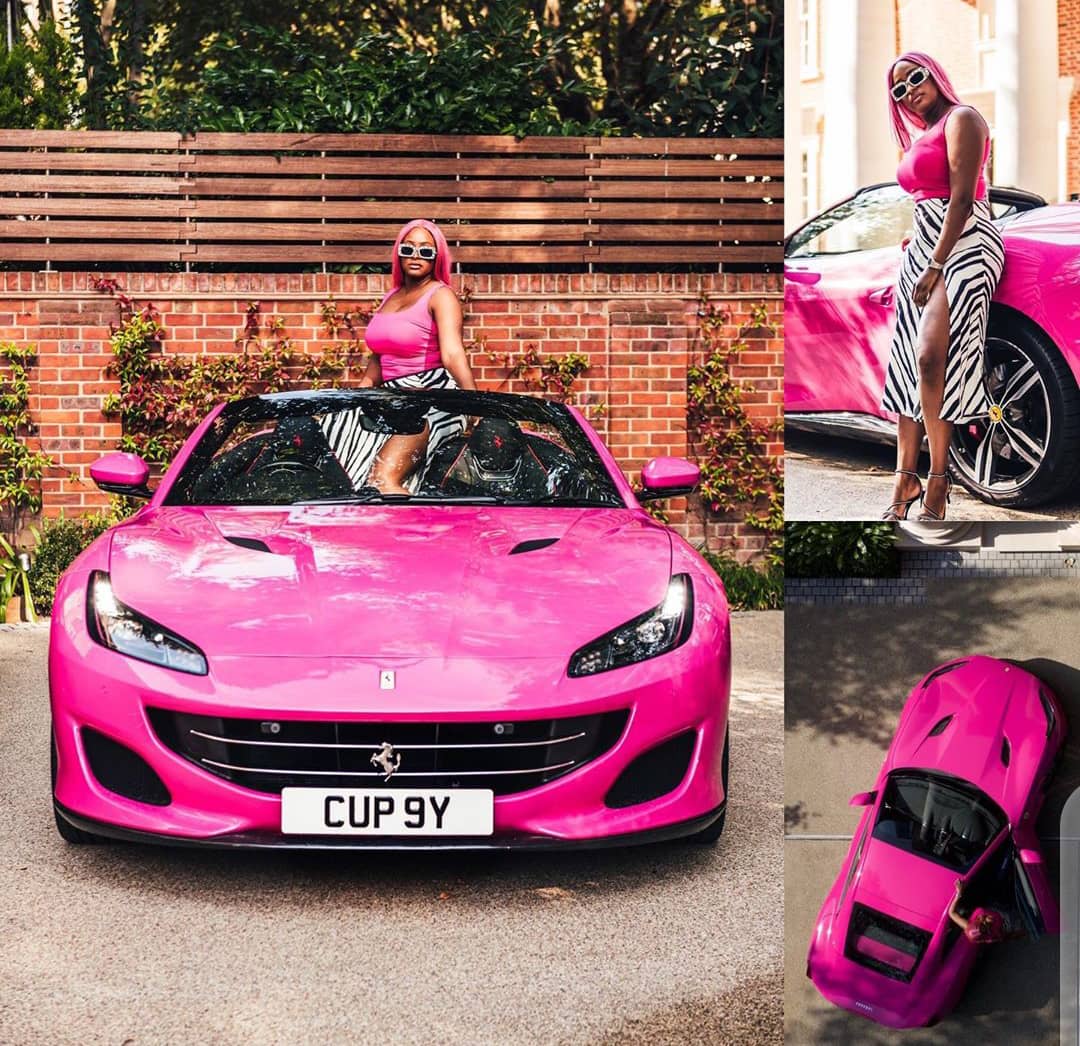 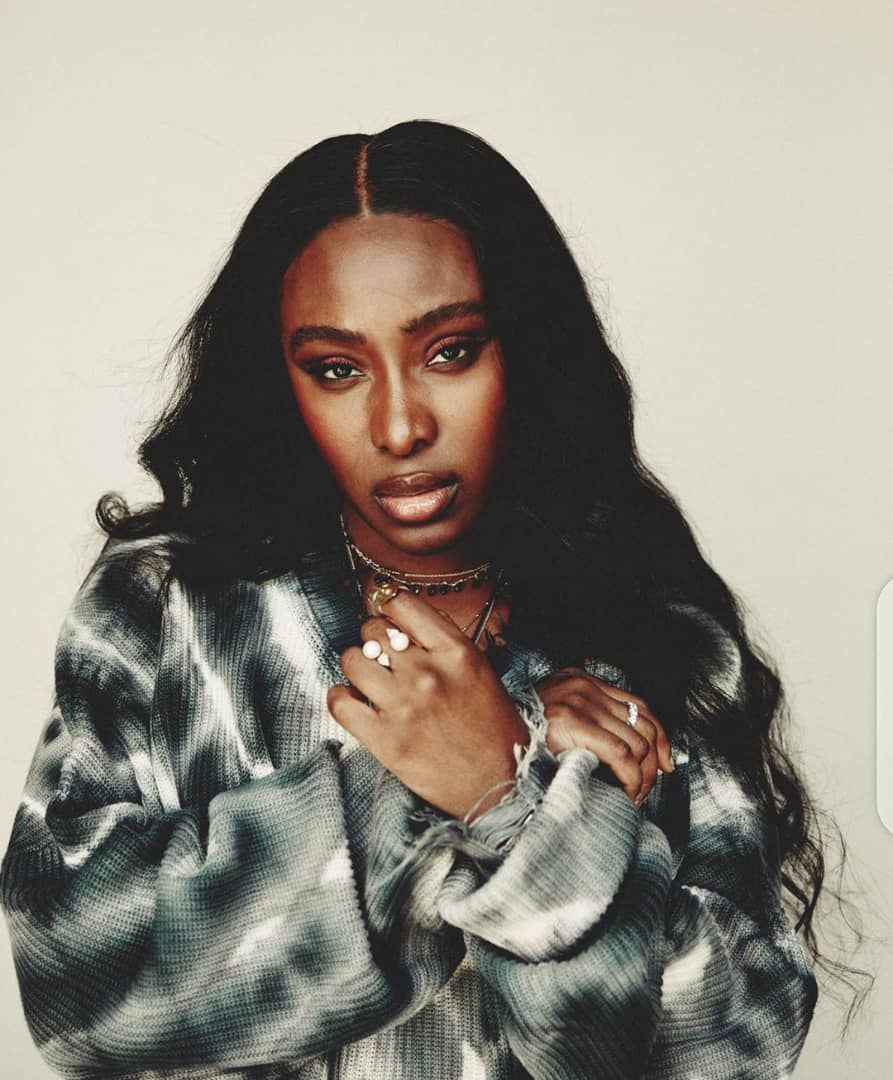 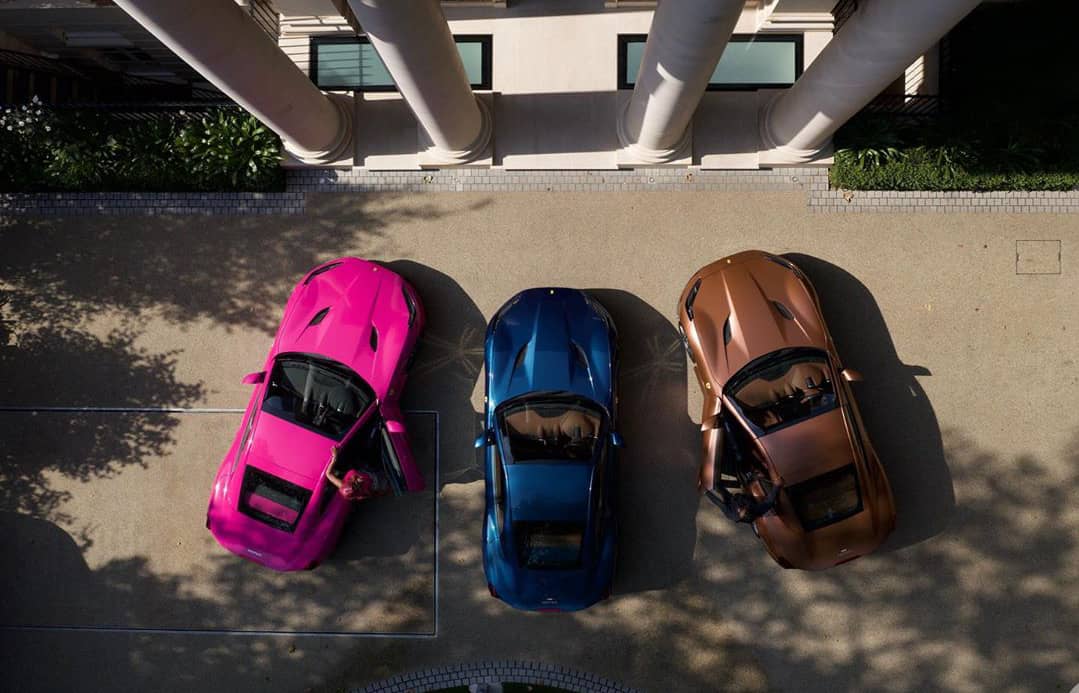 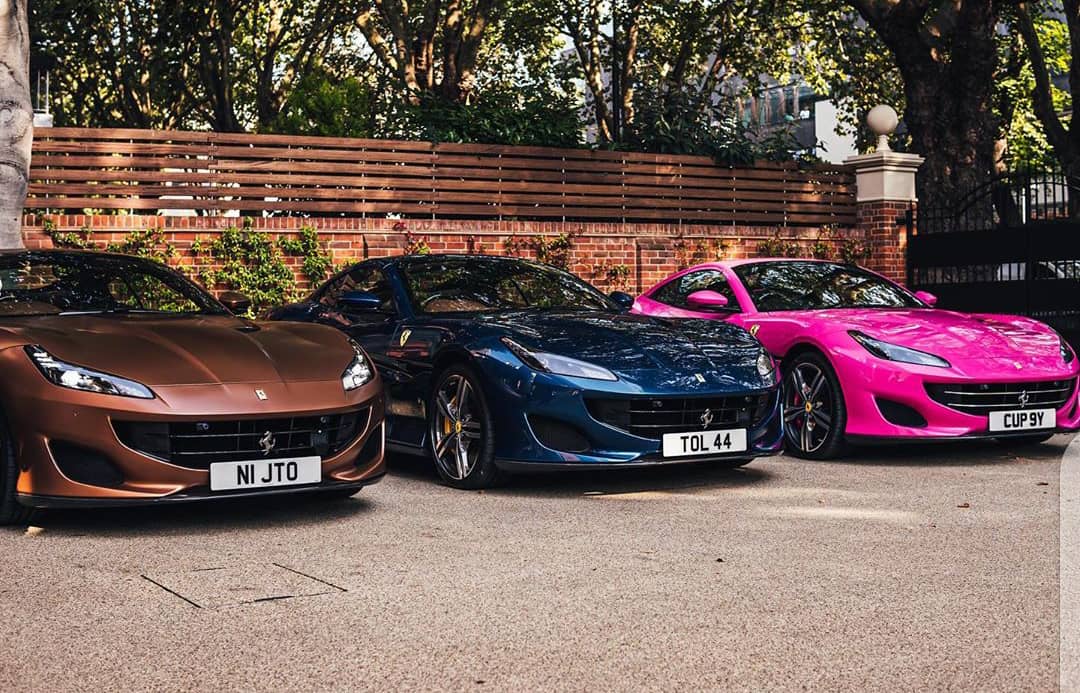 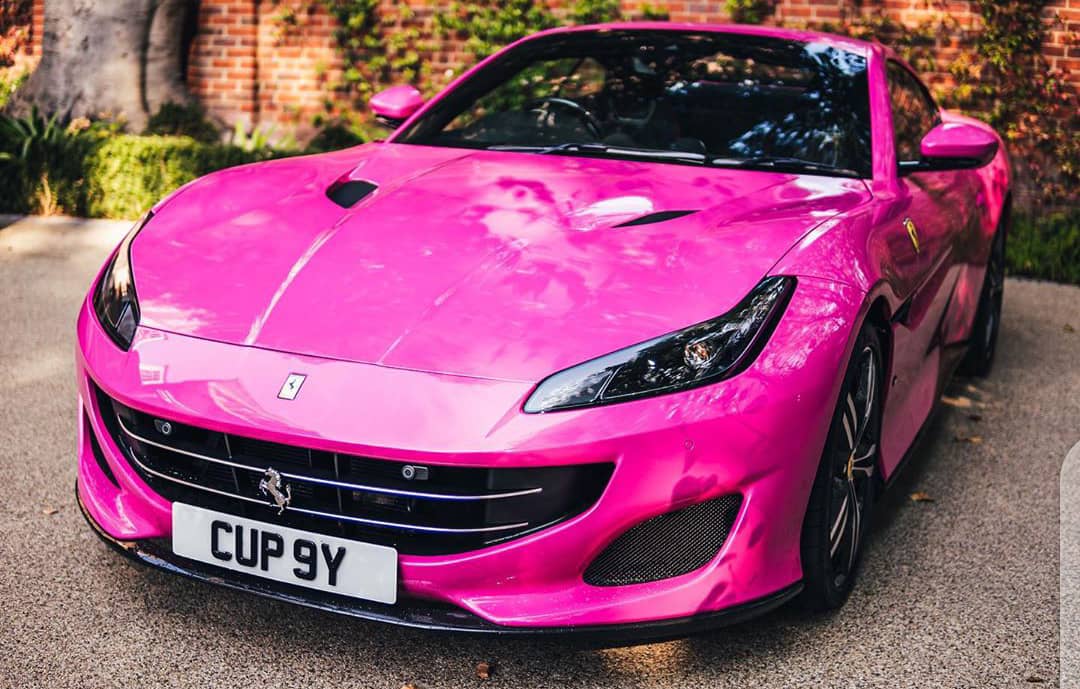 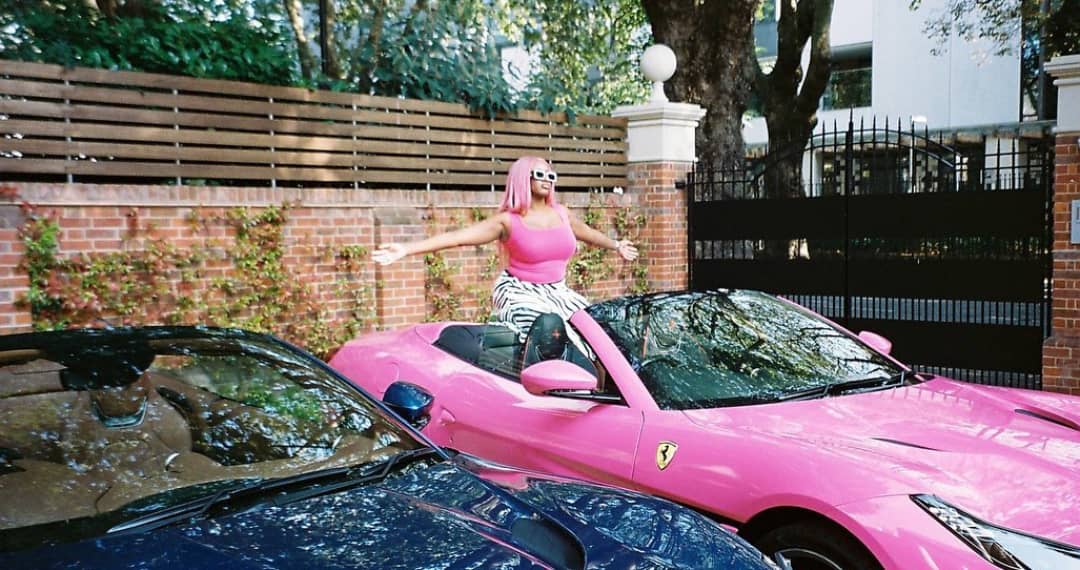 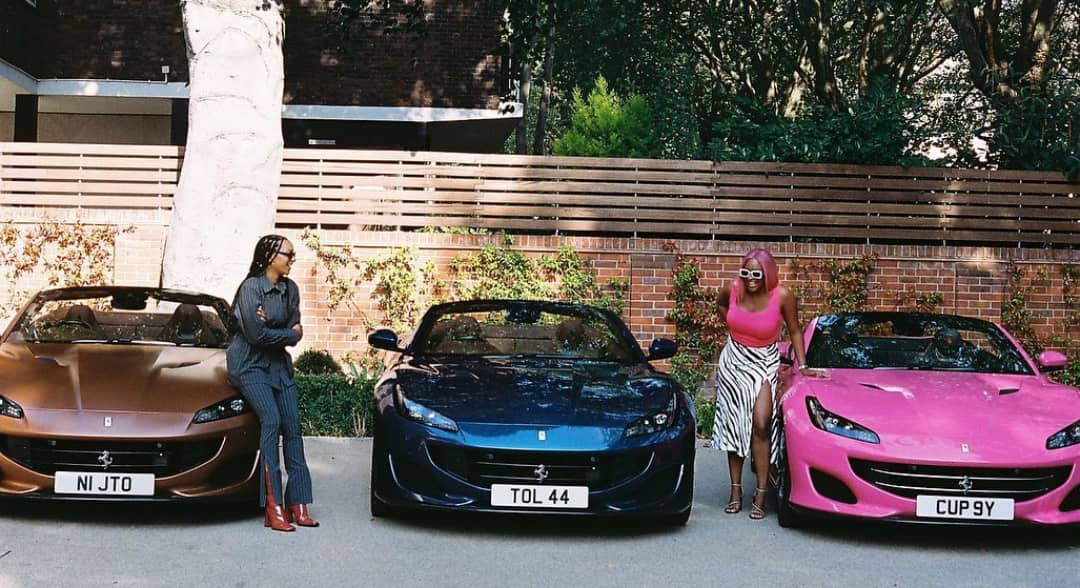 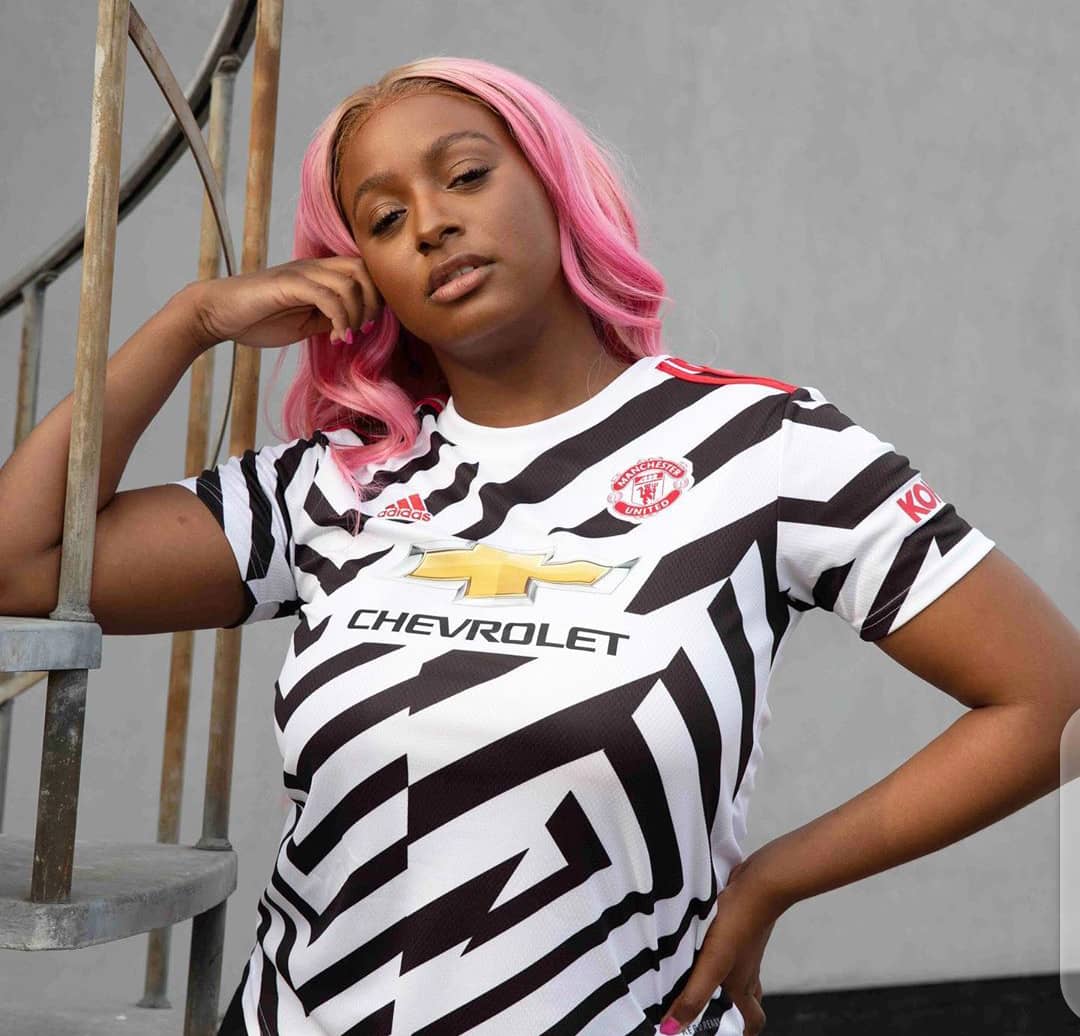 You can have all the money in this whole world & still behave like a poor soul who fears that all of it, the hard earned wealth could soon disappear into oblivion and so that one starts to hoard, rather than spend. So, such a persons even as filthy rich as they might be can be acting and behaving like a hermit, who has nothing and is only trying to survive.

There are those who have it and in a sizeable chunk at that and then they know how to spend it and spend it good too. Mr ‘Tom Ford’ himself (he favours wearing the top designer brand owned by Tom Ford), that’s talking about the one & only now retired oil tycoon Femi Ote$dollar, who is the category of those who seems to know how to send money on good errands. And also maybe because they are good companions at that, money seems to love to show him in good stead and speak so well of him always.

Many years back now when his money was still growing steadily and hadn’t even reached the extent that it has reached now, when he still a much younger man, after he had moved to the island from his base then in Surulere, the son of the former Governor of Lagos State, dazzled all comers to no small effect with his all white home tucked away quietly in Ikoyi, that became a reference at that time. To further stand that home apart again, ‘Mr. Mercedes Benz’ as one could have called him then, as he used to favour the best of that brand in his impressive garage, garnished the place with the reference machine of that time too, an humongous, stand out ‘Mercedes McLaren’ that was a feast for the eyes. He was one of the few proud owners of that limited edition super luxury, fast machine on 4-wheels.

While all others were doing the ‘Rolls Royce’ as their statement cars which was like pure water for the rich and wealthy, Ten Dollar preferred then to stand out of the crowd and did his own magic with the special McLaren then, which only a few super enthusiasts around the world owned and he swept everyone off their rich feet.

He has always had such effect on people. Same thing he used to do and still does too with his collection of wrist watches. While others are won’t to show off and show they have arrived and needs to be respected at all cost with super loud wrist watches blinging crazily and trying to blind the eyes 👀, just to show they have it all, this super wealthy billionaire, who at one time nearly lost it all, but actually bounced back with alacrity, thank God for some smart maneuverings and good advises, actually prefers those his super thin and staggeringly expensive, highly complicated horological masterpieces by ‘Patek Philippe’, whose costs alone except you are in the know, may actually buy most of the ones just blinging and blinding unnecessarily. His watches would literally build homes (just imagine watches whose starting price alone is between $19000 to $30000), just for starters. Now try to imagine the cost of the ones he would wear, without unnecessarily standing out like a sore thumb! Sir Femo has always had his own special way of doing things.

He also has his signature spraying style too, ask the legendary KSA, that’s King Sunny Ade for you, who is probably Ote$dollar’s favorite Nigerian music star bar none, maybe he would tell you the secret or the type of spraying style.

To further buttress that ‘Femi Otedola’ has his signature style about most things, including his famous ultra white short sleeve natives (buba & sokoto) which sets him apart with his simple spectacle and his calm, gentle mien. When he needed to buy a boat, we mean a luxury yacht for that matter, his stood out like the baddest badass thumb, such that his main man, Alhaji Aliko Dangote the wealthiest black African on planet Earth who is known to be far wealthier had to buy exactly the same type as the pathfinder, but in another color. These their yacht are still the 2 undisputed kings of all in Nigeria till date. So for Mr. Ote$dollar he has always known how to do his thing in such a way and manner that causes awe and make people hail him as the ultimate rich man. That is all white office a stone throw from the US Embassy in Eleke Crescent facing the lagoon is still an ultimate statement in class & distinction.

So like he normally does when he does his thing, he practically blew up the social media and blogosphere yesterday when his 3 adorable daughters, from the eldest Christine Olawunmi better known as ‘Tolani’, 34, who is a singer/songwriter, his 2nd born- Florence Ifeoluwa, 27, better known to all as DJ Cuppy, who is a music enthusiast/deejay, a brand ambassador-Pepsi, Adidas/ManUtd and more & then the last born daughter Temiloluwa aka JTo, 24, fashionista extraordinaire and actress in the making, whose boyfriend is none other than the quite famous Mr. EAZI, all revealed to a shocked and savouring fans) admirers that they had just taken delivery of their brand spanking new Ferrari Portofinos (type-F164s), a gift from their adoring super rich dad.

To show how the impact of those cars caught up every where, even a ‘Davido’ whose penchant for acquiring alluring machines of note commended and commented, just like ‘Don Jazzy’ and so many others too did. In local Yoruba street parlance they all were mesmerized meaning (Gbogbo Won FO yakata).

Those cars have an estimated purchase value of about N300m all together. Meaning each would have been about N100m each. While the eldest-Tolani got the metallic blue one with the registration ‘TOL 44’, the loud for a purpose DJ Cuppy got the loudest of them all, the ‘bubble gum pink’ one with registration ‘CUP 9Y’ and the most fashionable of the trio and youngest of the trio at that, Temi aka JTO got the coolest colour of all a metallic brown dazzler with the registration ‘NI JTO’. Why won’t a doting father do such a purchase for his exemplary daughters who are all doing very well and are not misbehaving in anyway?

The Ferrari Portofino just adds to Ife’s garage that’s DJ Cuppy’s G Wagon, which she had supposedly gotten as a birthday present sometime back from her footballer friend.

Same way that Mr. Otedola last year had just flown into Italy for just a Gelato with his daughter and it caused a whole lot of frenzy, so he just decided to buy expensive toy cars too for his girls who have continued to do him good and make him very happy. It was one spending spree that’s worth it salt. The Ferrari Portofino has a base price of $210,783 dollars which is Naira depending on the exchange rate is about N96million plus and it could quickly reach N100m plus depending on the add-ons, specifications required or requested for by the buyer.

For those who didn’t know before now, the Chairman of Geregu Power Plc who had since retired from being a oil tycoon as he has sold his high stakes in what actually made a name for him and made him very popular and super rich, had quietly bought for himself not too too long ago, what could be considered his own toy, a super well appointed home in the stand out ‘Royal Principality of Monaco’. Monaco is known to the universe as the “incomparable enclave of the super duper rich’. You have to be a different kind of well heeled wealthy man/woman, for one to buy a home in Monaco, where King Albert II reigns as the authority in charge. A purchase in Monaco is like saying I am standing out from the rest of the crowd.

(Every) home owner in Monaco is actually a millionaire in hard currency! It is a stunningly beautiful and picturesque enclave of less than 40000 people in all. It is a place that’s recognized world over as one of the ‘most expensive & wealthiest places in the world. If your pepper never rest very well, you cannot contemplate owning a place there. The world famous Coco Chanel used to sunbath at the beach in Monaco. Apart from playing host to the world famous “Cannes Film Festival”, it also plays host annually to one of the grandest of the F1 races and is where some of the most exclusive super VIP events are held, with super top notch night clubs, restaurants, lounges etc doting everywhere. It is the ultimate place for the jetsets and this is where the Nigerian billionaire has bought a home that set him back about 10 or more million Euros.

The new place with its stunning view and all, rivals hands down and may have dusted quite clearly, his palatial and stand out London home for that matter. This tells you what we have been trying to say all along, that Femi Ote$dollar has his special way of doing his thing. He has the dough and knows how to utilize same.

THINGS FALL APART AS “PRINCESS KEHINDE ONIRU-ADEWOLE” SEEKS OUTRIGHT DISSOLUTION OF MARRIAGE. ASKS COURT FOR N86M PLUS & IKOYI CONDO & MORE.
THE NEW ‘NOSTRADAMUS’ ARRIVES & IT’S NONE OTHER THAN DR. CHRIS OYAKHILOME AS HE PREDICTS THE END OF THE WORLD!
Comment