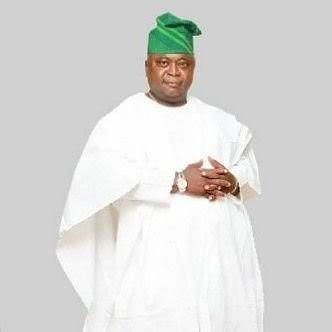 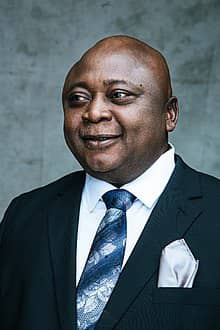 Hon. Oladipupo Adebutu, the first son of Sir Kessington Adebutu from the news we are getting, is getting set to become a chief of Egbaland and from the indications his new title is most likely to be that of the ‘Babalaje of Egbaland’ as he would so capped by his royal majesty, the paramount ruler of Egbaland, the Alake of Egba, Oba Adedotun Aremu Gbadebo III.

Hon. Ladi Adebutu was the same person that nearly became the PDP Gubernatorial Candidate at the last election that was won by his Excellency, Prince Dapo Abiodun, the Executive Governor of Ogun State. If not for the unnecessary acrimony that had ensued and torn the PDP apart, maybe the chances of that party at the election would have been better. After winning to represent his own faction of the party and thinking that the deal was done, only for the court to nullify his nomination and paving the way then for his arch enemy, the now late Senator Buruji Kashamu to become the PDP aspirant instead of him.

After that strenuous political jostling and strain and after a very recent health scare (that was carefully kept under wraps) as he had what was a bad case of Covid-19 which by the grace of God he survived against all odds, but that still took the toil on him, with that tell tale, but not too noticeable limp. We heard good money in tens of millions was spent to care for him. The most favoured son of the famous Nigerian billionaire betting king, who some speculates gets at least 50m monthly for upkeep from his dad, seem to have taken everything in his stride and has moved on to pastures new.

One of the new things is this new title from Egba. And if all things work out as it should, maybe, God willing he could also get a ‘significant title’ also from the source, after his father has gotten the most significant, ‘most powerful chieftaincy title’ bar none in the whole of Yorubaland as the Odole of the source.

By virtue of this Odole title with only 4 people ever called by that title, the 1st ever was the legendary Oranmiyan himself, the 2nd person was none other than the late premier of Western Nigeria, Chief Obafemi Awolowo, the 3rd was Chief S.K Ajayi and the 4th ever is ‘Sir Kessington Adebutu’ himself. So he may never ever accept any other chieftaincy title again, as it would be beneath this reverred Ife Odua title. As what then would be it’s significance?

The only other title near it far as the Yorubaland is concerned, is the ‘Aare Ona Kakanfo’ of Yorubaland title which is bestowed by the Alaafin of Oyo, who is probably at par or nearly on, the same level with the Ooni of Ife in terms of status. There’s still that need to ascertain appropriately which is above the other.

Hon. Oladipupo Olatunde Adebutu 58, is the 1st son out of 10 of the famous octogenarian, ‘Baba Ijebu’ the owner/founder of Premier Lotto Ltd. He was a member of the Federal House of Assembly as a honourable member of the house of representatives that represented Remo Federal Constituency a few years back.

He is a graduate of the University with a degree in Analytical Chemistry. Apart from his political life which has seen him become a Commissioner in Ogun State and Assembly man. As the founder of JB Farms & Solomon Kessington Agro-Allied Ltd 2 companies is his highly fond of, he owns probably one of the biggest, if not the biggest piggery in Nigeria with pigs in their tens of thousands. He lives in Ogun State, Iperu his homestead to be more precise. A few of his other chieftaincy titles are- Baba Oba of Odo-Jobore, Sobaloju of Ilisan, Otunba Fiwajoye of Owode land, Okanlomo of Iperu-Remo, Ariwajoye of Ode-Remo & Otunba Nawo Ola of Odogbolu.

MONEY MAN SCOTT TOMMEY CELEBRATES 50. DAZZLES WITH HIS MULTI-MILLION DOLLAR LONG HAUL BOMBARDIER GLOBAL EXPRESS JET.
TO BE OR NOT TO BE, THAT’S THE QUESTION AS ‘WEDDING BELLS’ MAY SOON BE RINGING FOR KIKA ‘GOOD HAIR’ OSUNDE.
Comment