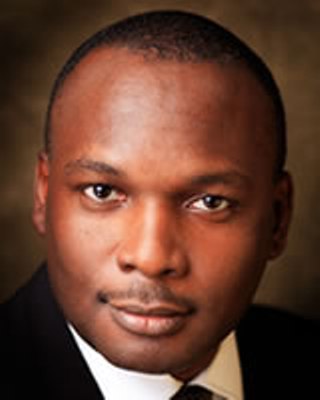 The shocking or better still devastating news sifted in unbelievably this morning and many actually refused to believe it, until it was confirmed proof positive that he was actually gone! Gone to the great beyond, never to be seen here again until the day of his resurrection.

He succumbed to death earlier today, morning of Thursday, November 19, 2020 in Abuja, the FCT. Reasons for his death has not yet been ascertained. But speculations claim he may have succumbed to heart attack as he had been ill for a bit.

The fun loving finance/stock broking guru was born ‘Albert Egbaroghene Okumagba’ & until his sad passage he was the CEO/Managing Director of BGL Plc. BGL Plc being an investment banking firm, that’s into financial advisory, corporate finance, private banking & asset management. It is a firm that’s patronized by the super high echelon.

The Warri boy from Delta state was born on April 4, 1964, making him just 56. He went to Federal Government College, Warri, in Delta State from 1975 to 81, then off to Kings College, Lagos in 1983 for his A-levels, before proceeding to the University of Ibadan, for his first degree in Economics, then University of Lagos for his Master’s degree also in Economics.

BGL was actually founded by 3 friends, one of who was Tony Elumelu, the current Chairman of UBA Plc, who is the owner of Heirs Holding and Tony was actually the founding MD of BGL. Albert became the MD/CEO of BGLLtd since 1995; he was at a time a director at Standard Trust Bank, the bank that later bought into UBA and took it over, he was also a director of Assurance Bank,2000-01; then was a director of First City Monument Bank PIc.

He had many battles that he fought and took in his stride many years back that could have wiped out a lesser personage. He was in fact shockingly betrayed by friends then, that he had absolutely trusted would have his back, but alas no.

He is survived by his wife, children and other extended family members, friends & associates. He would be missed by many.

May his soul find rest.

Nnamdi Okonkwo Emerges Banker of the Year.
A SUPERB END OF THE YEAR GIFT OF THE BEST KIND FOR THE GREAT OONI, AS HIS WIFE DELIVERS THE HEIR- A MOST AWAITED PRINCE OF THE SOURCE!
Comment