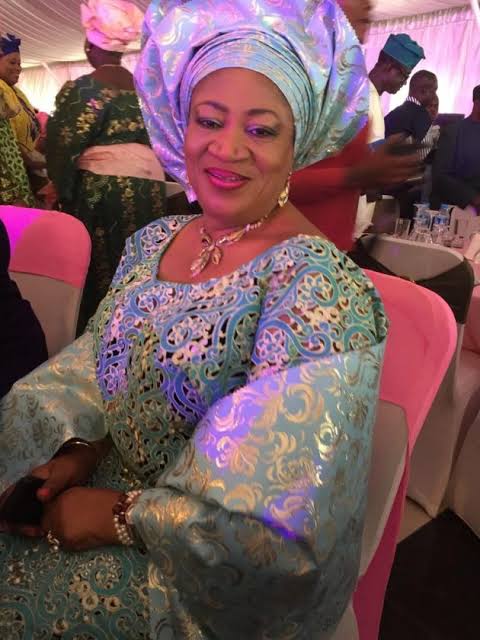 Her sudden passage to the beyond in the US of A, Atlanta Georgia on Tuesday, October 27, 2020 just a few weeks ago took all by shock! It was an unfortunate and totally expected one to say the least!

Prior to what led to her death, there was nothing wrong with her as she was thought to have been hale & hearty. Till she complained of feeling some pain & her people immediately called for an ambulance to come pick her up to the hospital, it was while they awaited the arrival of the ambulance, that she unfortunately gave up the ghost! She was later said to have died due to heart failure.

Just a month prior to her death, she had had a double celebration, not knowing that it was her last birthday celebration ever and she also celebrated her 40th wedding anniversary too. She had gone to America with her 71 year old husband- Sir Okechukwu Nelson Ngonadi Aldo in tow & their purpose was to visit their children & grandchildren. So by virtue of hindsight now, maybe nature had just wanted her to go say her farewell properly!

Big Chi has she was called by all, was a renowned socialite of the highest echelon. She was a favorite of the social pages of the soft sell magazines then, all before the advent of the social media and even after.

She was a part of the A-class of the movers and shakers of the social establishment and she counted amongst are close friends, the likes of Olori Ladun Sijuwade- the dazzling wife of the late Ooni of Ife, Oba Okunade Sijuwade, the Olubuse, Senator Daisy Danjuma, who is also the wife of the billionaire retired Military General, Gen. Theophilus Danjuma, a former adviser to a Nigerian President-Senator Florence Ita-Giwa, fabric merchant extraordinaire Lady Ngozi Nkoloenyi, renowned architect Fifi Ejindu just to mention a few.

She is reputed to have made her incredible fortune from the Customs where she rose to the position of a Deputy Comptroller of Customs before she voluntarily retired in 2012. She had held sway at the TinCan Island Apapa, Lagos office of the Custom for a long time, before she was redeployed to Calabar at a point.

She was from Ojoto in the Idemili South part of Anambra State, a state that is reputed for her many billionaires, multi-millionaires & other bigwigs. Her sister is Senator Annie Okonkwo. She would be greatly missed by all.

Her funeral arrangements have been released by the family and it is set for December.

LAGOS:
Service of Songs & Evening of tributes is set for Thursday, December 3, 2020.

A SUPERB END OF THE YEAR GIFT OF THE BEST KIND FOR THE GREAT OONI, AS HIS WIFE DELIVERS THE HEIR- A MOST AWAITED PRINCE OF THE SOURCE!
ALHAJI ALIKO DANGOTE IS THE MAN WITH THE GOLDEN GUN. AS HE PICKS A NEW TOY FOR $75M CASH.
Comment