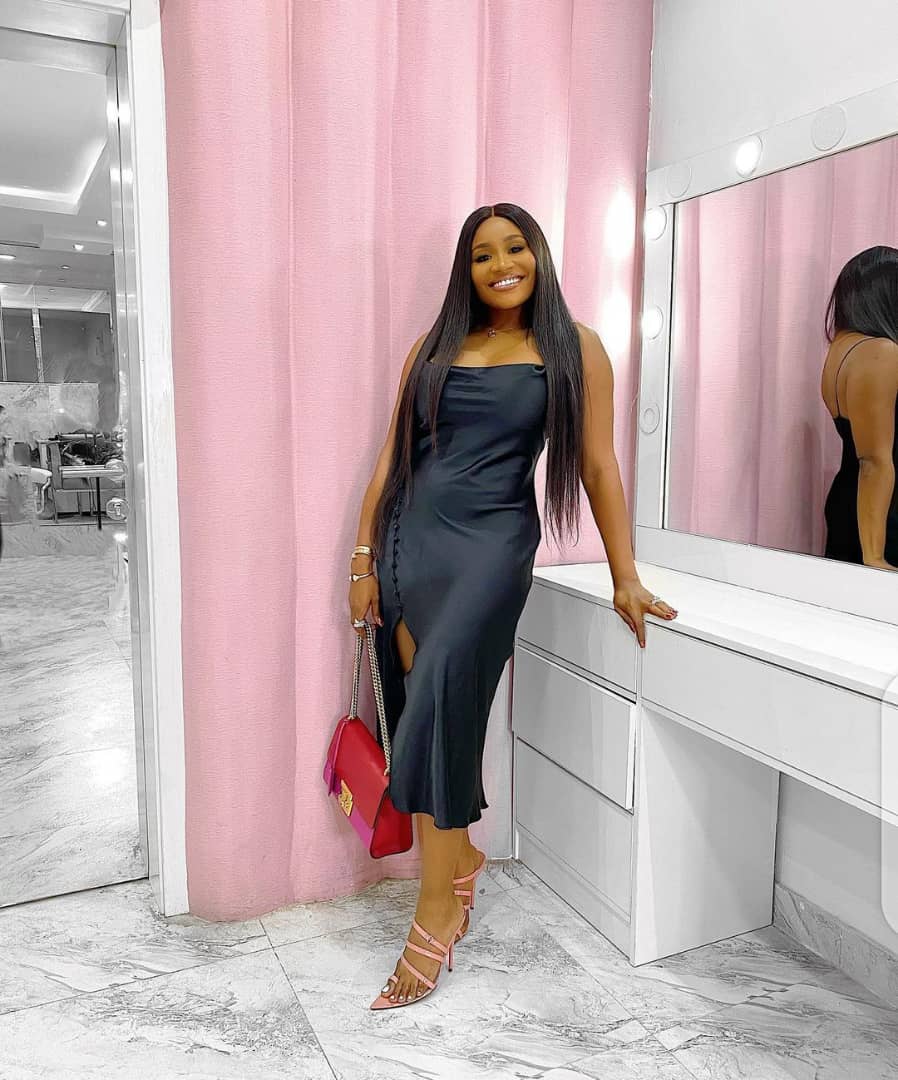 After the rain, comes the sunshine, so says that saying of the sages. It’s a cycle that cannot be disrupted, it’s a must happen.

So a few months ago, it was like her whole world came crashing down, as against all odds, the happy go lucky fashionista par excellence lost her beloved dad to the cold arm of death, in the person of the now late Senator Abiola Ajimobi, a former 2 term Governor of the pacesetting state of Oyo.

The 70 year old man unfortunately, gave up the ghost due to complications that arose from the Covid-19 Coronavirus pandemic. Just as he was thought to be getting better, the worst happened, leaving his loved ones in tears and pain.

The gloom that envelope the close knit family was palpable. It most especially affected Abisola, the first born daughter, who prior to the dad’s demise had been quite visible on the social media, where she has quite a following who always celebrates her due to her impressive style which she wasn’t ever shy to always showcase to their admiration. So when the grim reaper came calling & took her dad away, that impressive public showcase was halted for a while and that her toothy-smile, showing off the perfect veneer, too was affected, at least for a while.

Now fast-forward to a few months afterwards. The gloomy clouds have since lifted & disappeared. The sunshine that used to be a constant & consistent companion before, has since returned. That her beautiful, heart-lifting smile that was her signature too has since returned. And she seems to be on a vegeance course too as par her style, for all those months that she was in her ‘anonymous cocoon’ as she mourned the loss of a dearly beloved one, who she was very close to. She’s back with a bang!!! As her style moves have gone many octane levels up!

It is quite obvious that the groove has returned, for the now 40 year old, who instead of showing that she’s aging, but is instead aging backwards, looking younger and more at peace with herself. We missed that party of all party that would have celebrated her 4 decades on earth (40th birthday) & her 10th wedding anniversary (November 6, 2010), had her dad not passed on. Abisola is thought to be possessed of the midas touch when it comes to organizing parties etc.

But the clothes horse has returned back to what she knows how best to do so effortlessly, which is peppering 🌶️ us endlessly in style! Her dazzling pictures in the last few months have brought gladness to the hearts of those who have missed her & that appreciates style, class and distinction as defined & dictated by Abi-Kd.

But can one blame her? It’s a world that she’s most familiar with & that she’s a certified queen of & where she operates her passion/major business as she owns Florence H, her impressive lifestyle business/store, which she named after her delight-some mom, Chief Mrs. Florence Ajimobi nee Hajaig.

The beautiful store is a classy one, with a lot of stylish & well to do loyal customers. And they stock some of the best named international brands you can think of in terms of shoes, bags & clothes. In fact, the store with its major branch on the popular Fola Osibo Street, in Lekki Phase 1 (also used to be in Victoria Island then) can rival effortlessly, any top stores around the world that does the same thing they do, in terms of beauty, stock, price & what have you!

We are glad to welcome back the groove master & badass jewelry collector, as she effortlessly takes back her position, where she teaches her eager students (followers/audience) how to be stupendously gorgeous & mouth-wateringly stylish with much aplomb!

All hail the queen!

TOKE MAKINWA AS THE VOICE/THE MOUTHPIECE OF A GENERATION SHOUTS THAT “EVERYBODY IS A HOE”!!!!
ANOTHER SAD SONG AS THE ‘AGBAOYE OF IBADAN”, ‘HIGH CHIEF HARRY AKANDE’ DIES!
Comment