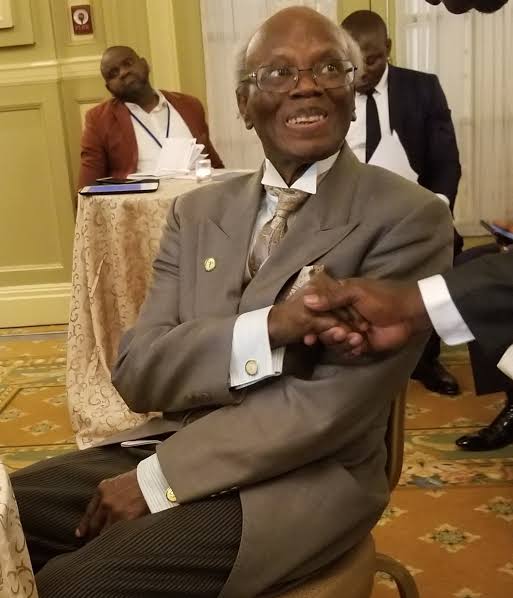 The Nigerian Ambassador to the United States of America, Sylvanus Adiewere Nsofor, is dead. He reportedly passed on, on Thursday, December 10, 2020 night at 85 year old.

Ambassador Nsofor, is a retired justice of Nigeria’s Court of Appeal. He assumed office as Nigeria’s ambassador to the United States on November 13, 2017. Even at that time many were of the opinion that he was a tad too old to have gotten the position.

He was born on March 17, 1935, in Oguta, Imo State. He graduated from London’s now-defunct Holborn College of Law in 1962. He also bagged an LL.M from the London School of Economics in 1964.

ABEOKUTA AGOG AS AILING HON. OLADIPUPO ADEBUTU BECOMES THE LISA AJE (EPITOME/STAND BEARER OF COMMERCE) OF EGBA & DAZZLES WITH A N150M PLUS RECEPTION AT THE PARK INN BY RADISSON ABEOKUTA.
TOKE MAKINWA AS THE VOICE/THE MOUTHPIECE OF A GENERATION SHOUTS THAT “EVERYBODY IS A HOE”!!!!
Comment