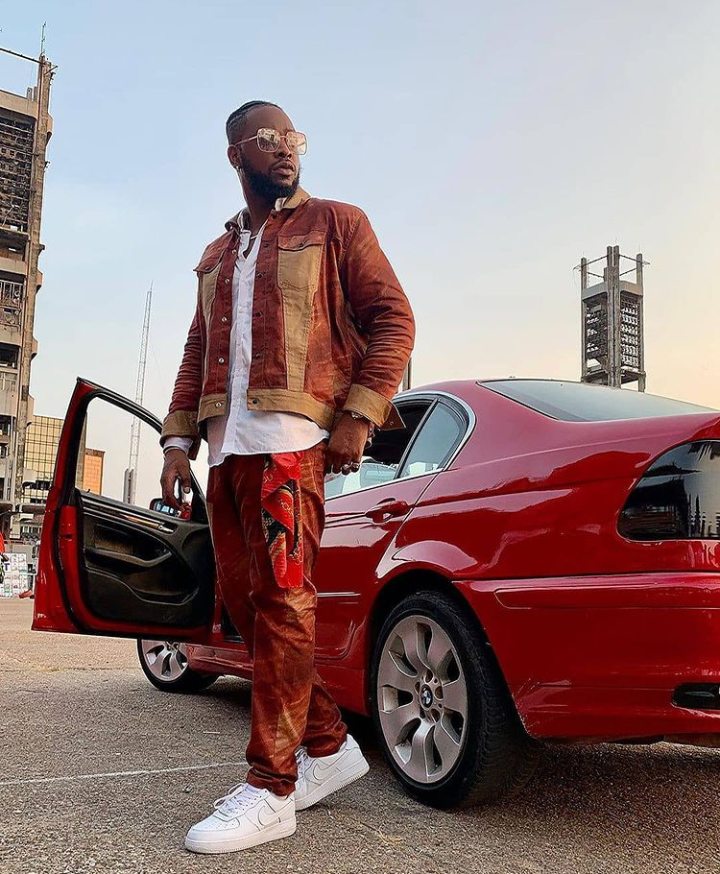 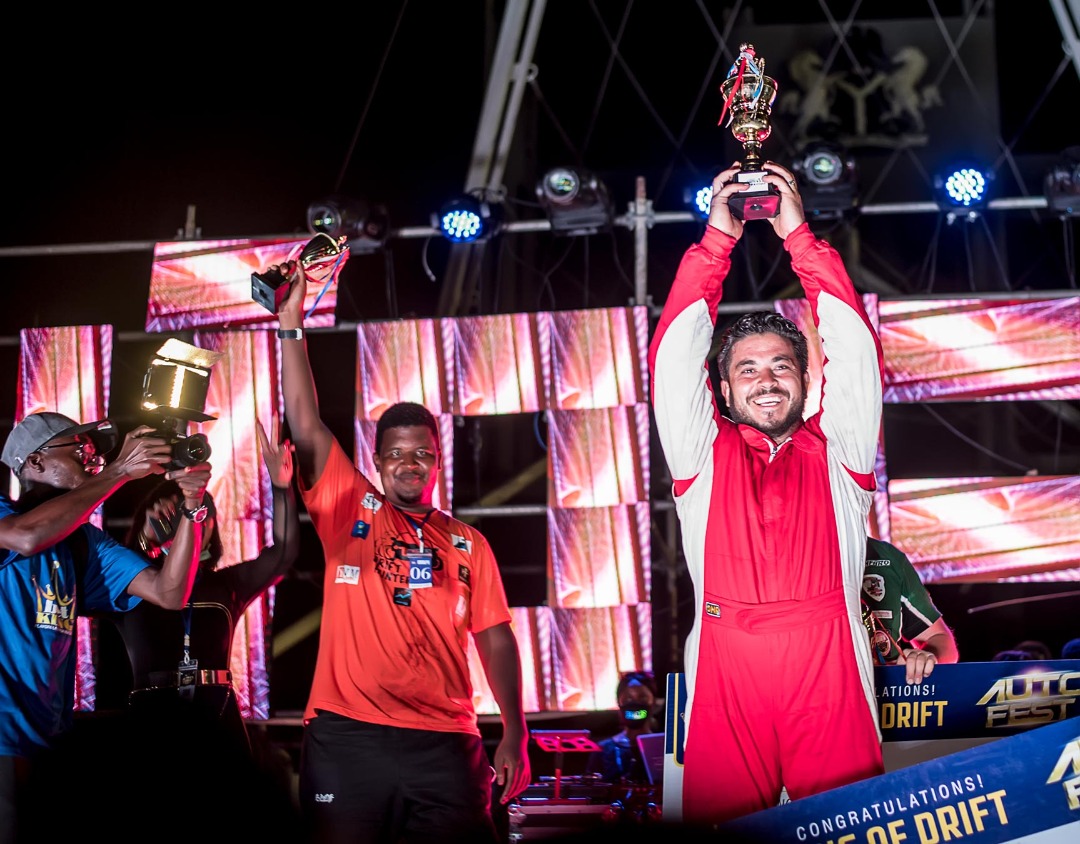 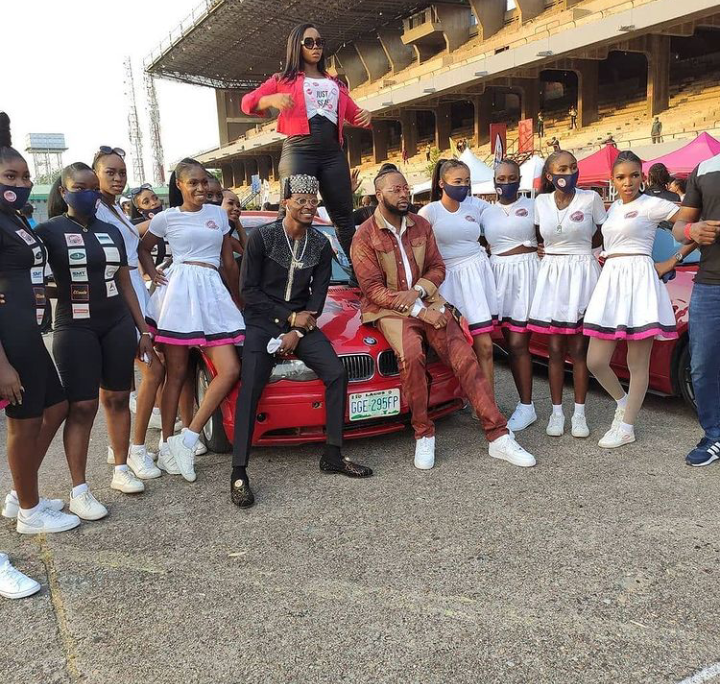 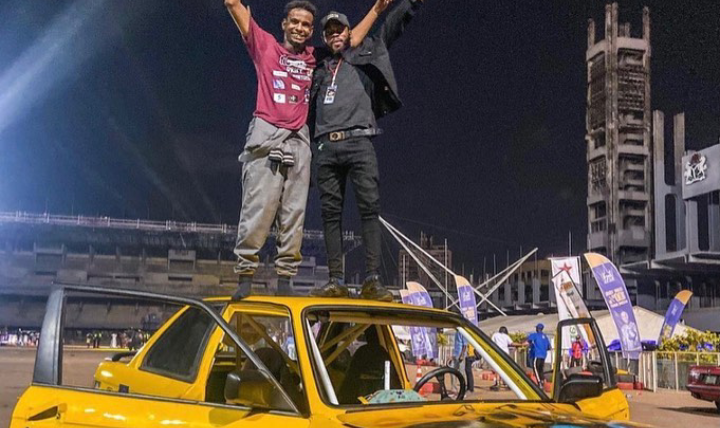 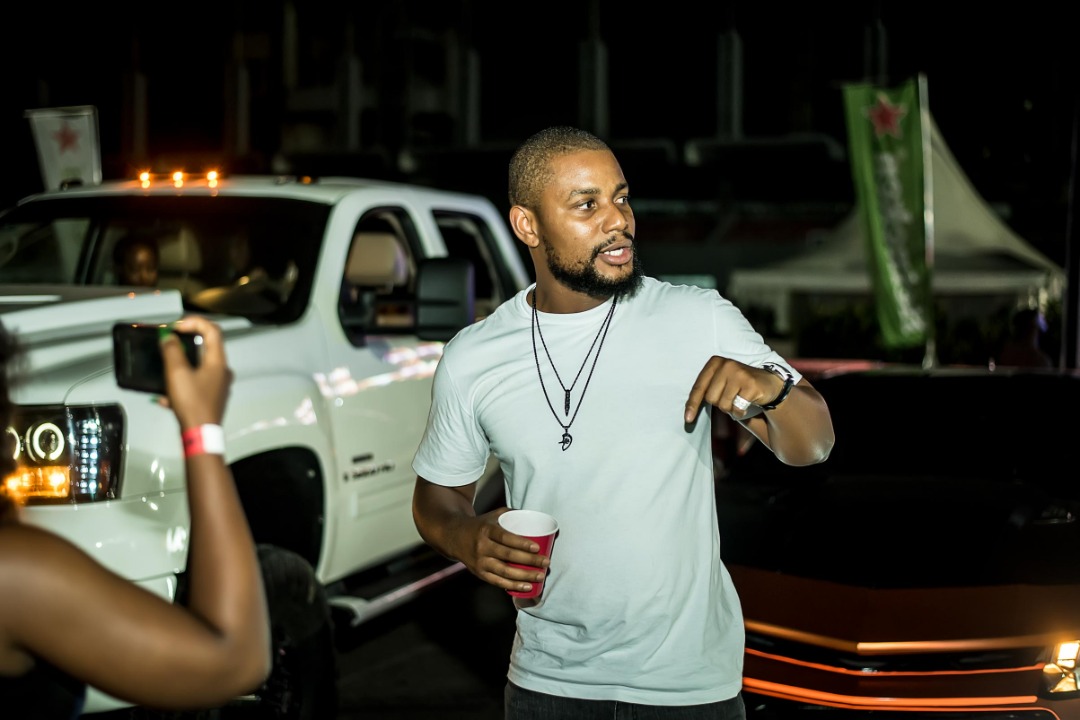 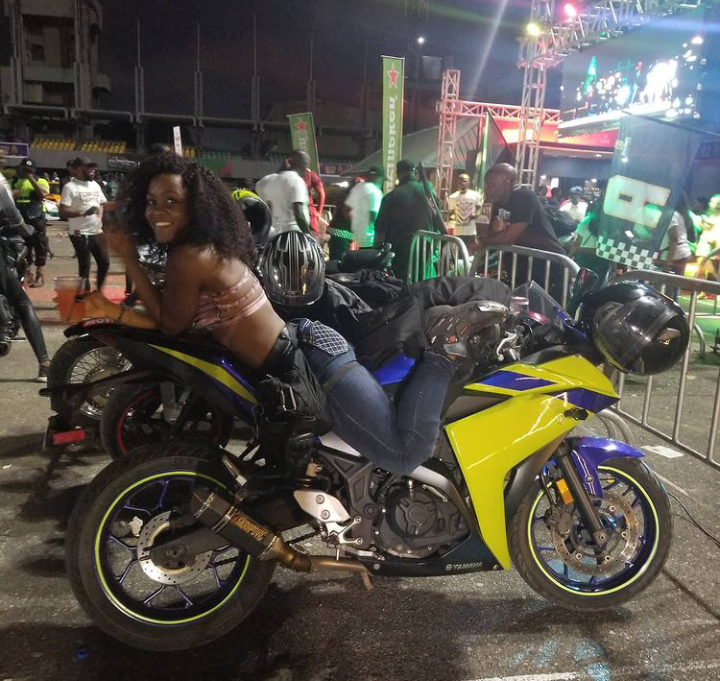 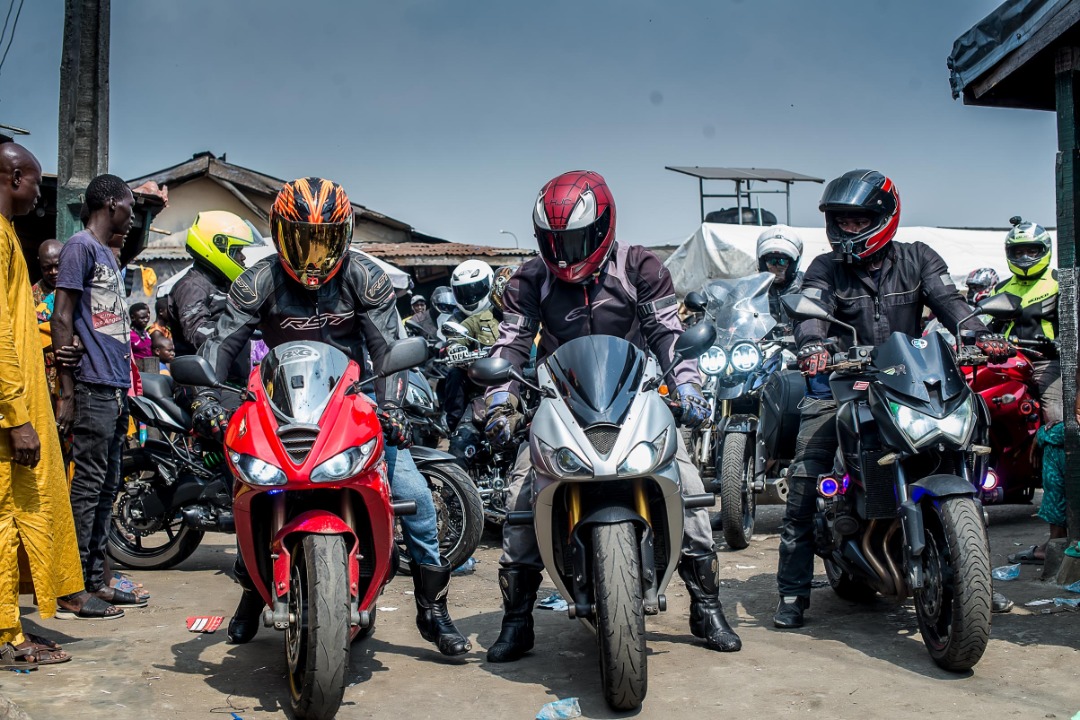 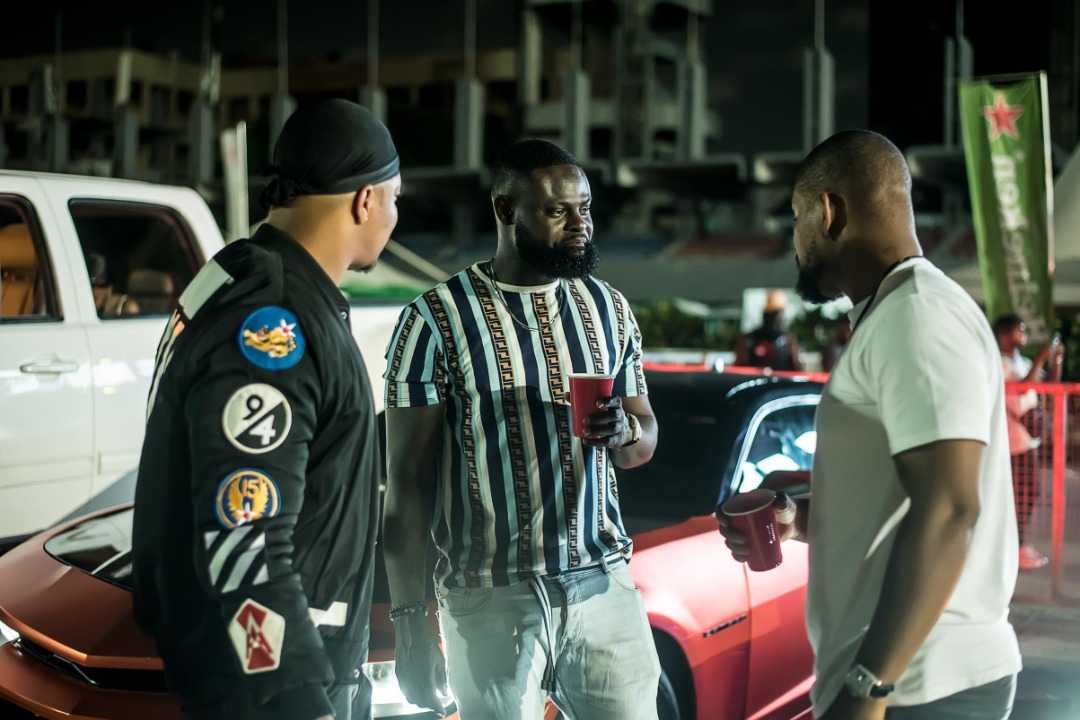 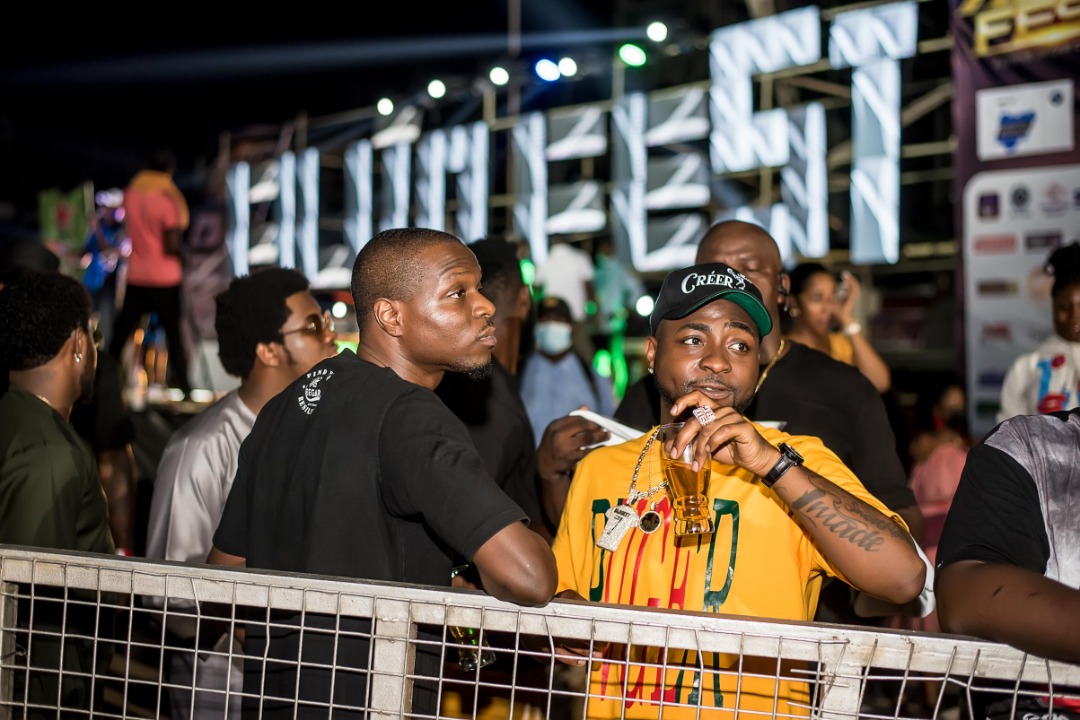 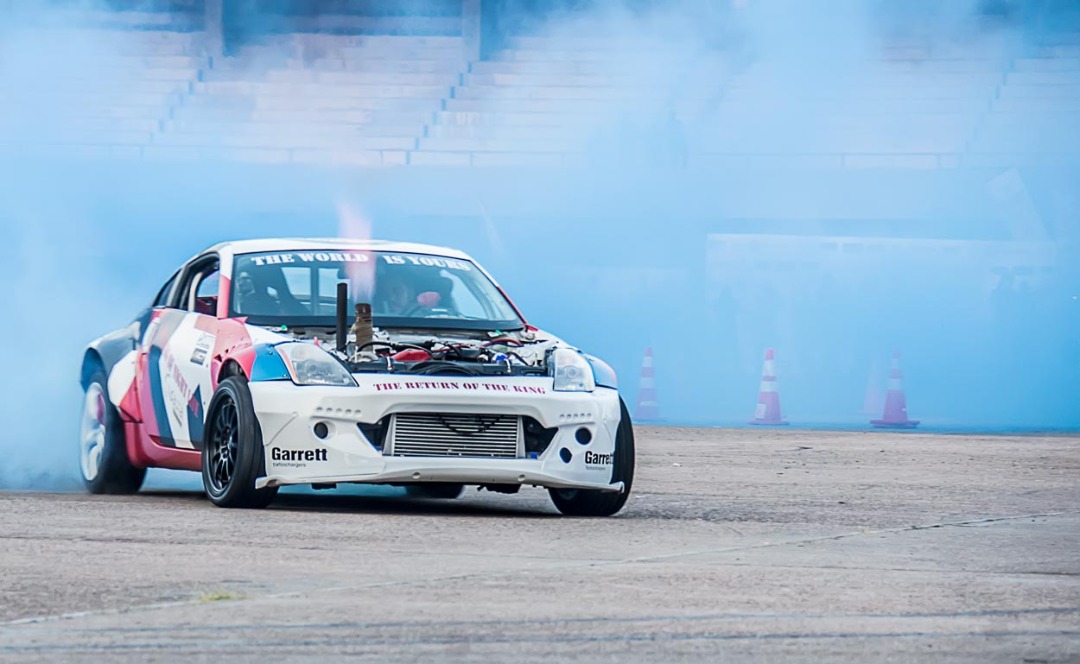 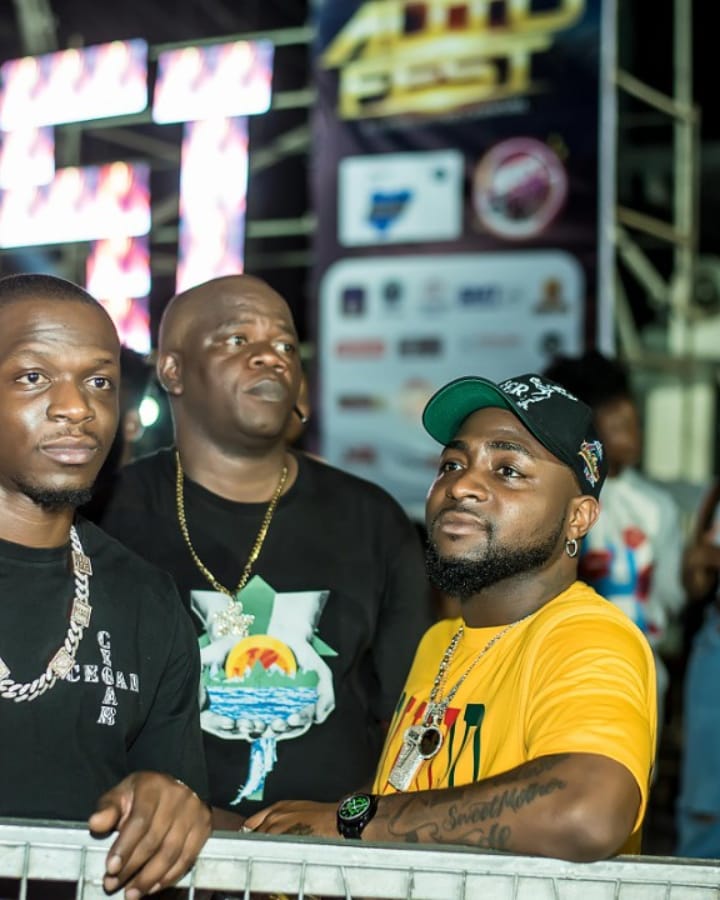 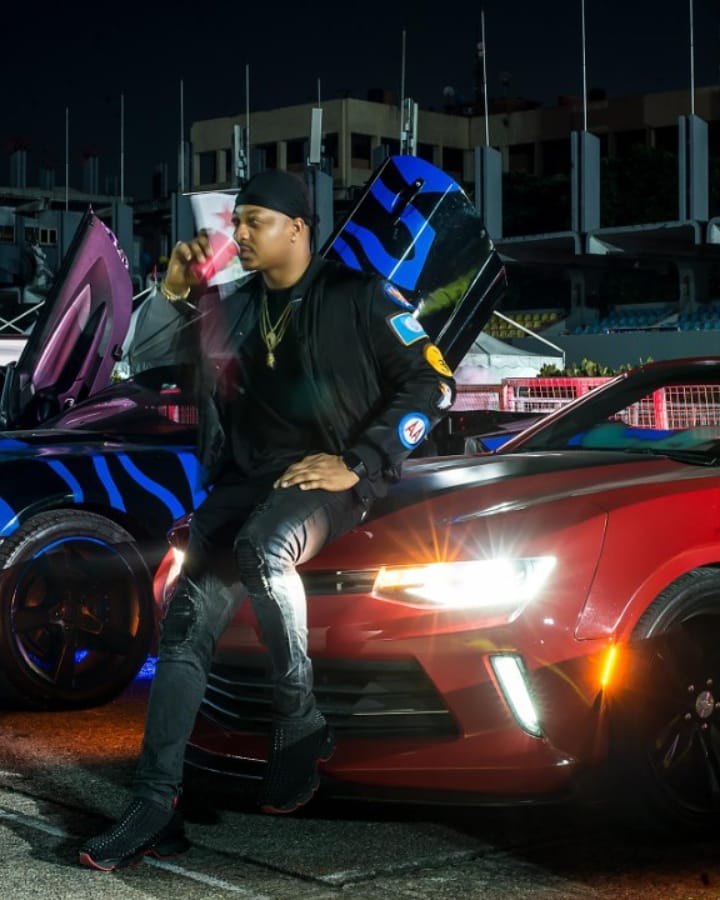 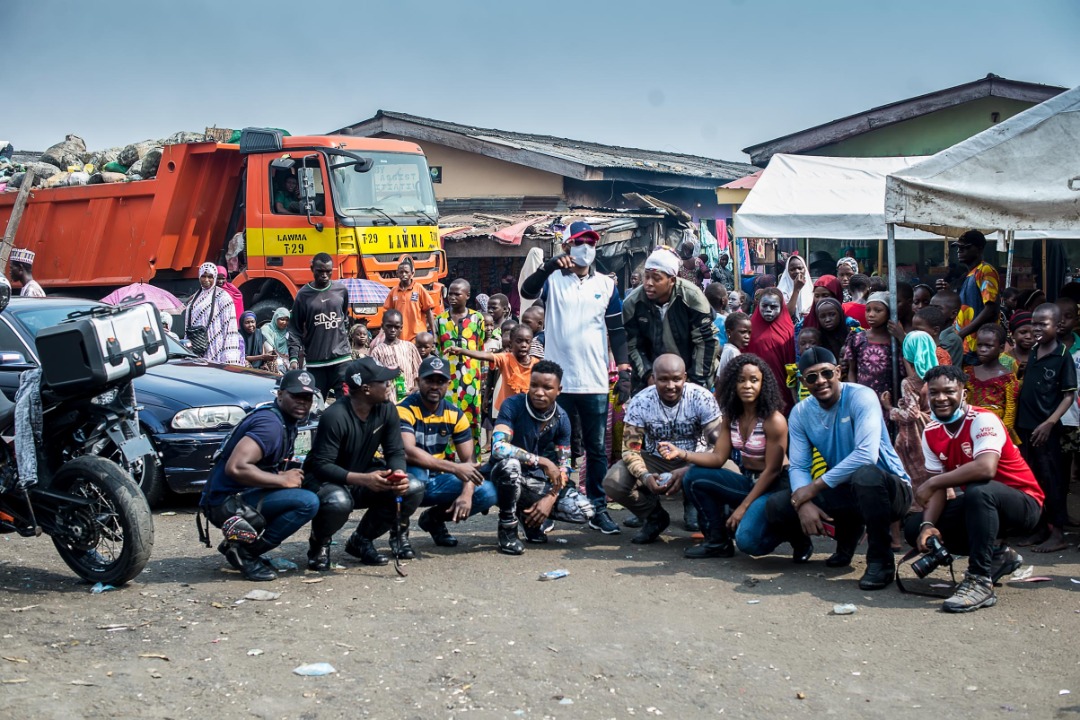 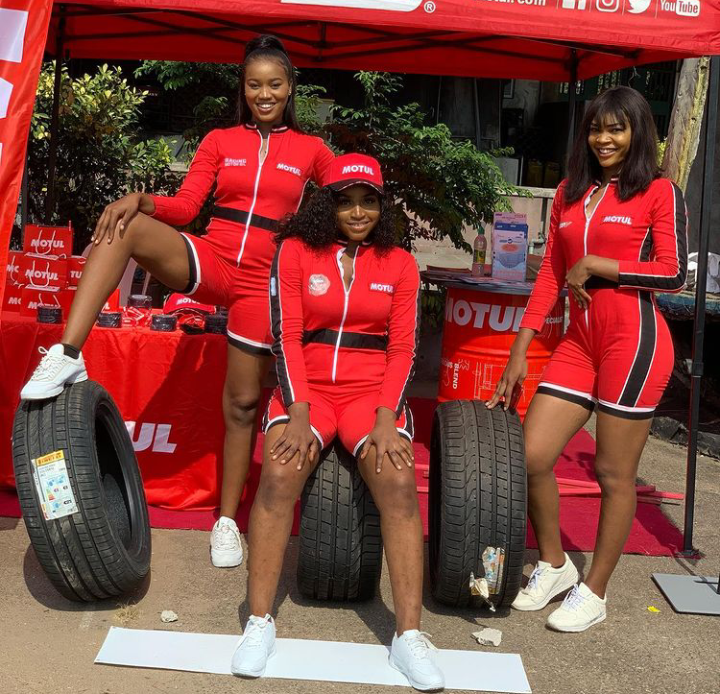 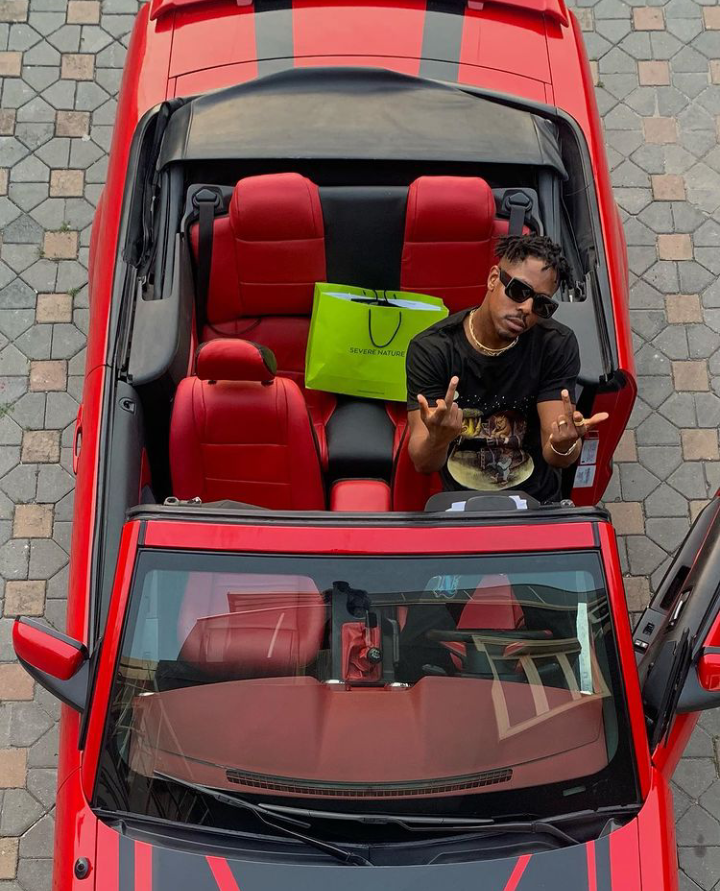 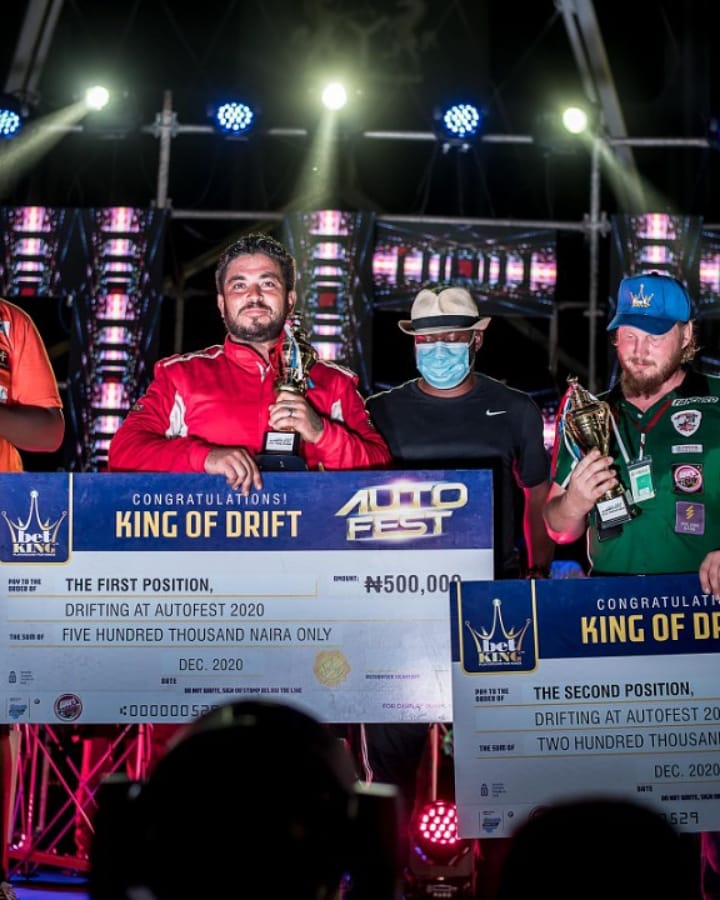 The 2020 edition Lagos Autofest; an event of the BMW Club Nigeria in collaboration with Work and Play Motorsport group was concluded over the weekend with Stingray pointman, Antonio Sandouk being crowned the BETKING King of drift on Saturday December 19, 2020 at Tafawa Balewa Square in Lagos.

Davido, Ladipoe, Alex Ekubo, Ik Ogbonna, Bammy Bestowed, Teddy A, Madarocka, Makopolo,  DJ Tee, DJ Jennyswitch, DJ Kraizee witnessed this years Lagos Autofest 2020
Sandouk who was returning to active racing after some break said the win was an exciting one and he is very elated that the Motorsports community in Nigeria is growing exponentially.
The MD of BETKING presented the Winners their 1M Naira prizes and Antonio Sandouk was Crowned BETKING “King of Drift”.
“I am very happy to have won. I think we have great drifters here today and I foresee stiffer challenge in every category of the sports in the future. There are very young talented racers coming on board these days, and that is a sign of growth.” Antonio Sandouk said
Argo Raak, multiple race champion, in the past, was the second best drifter at the event, he beat Captain Awwal to the third spot. Sandouk pocketed 500,000 naira, while Raak got 200, 000 naira for their performance.
Diekola Alabi won the time attack to pocket 200, 000 naira while Femi Dada came second winning 100, 000 naira in the category too.
Notable Drift hunters From Abuja known as the Princes of Drift (Drift Hunters) ” Captain Anwal and Jaybash were present at the event revving and stunting
This year’s edition was also supported by BetKing, Fearless Energy Drink, Ace of Spades, Grandcru, Beat 99.9 FM, Coscharis Motors, JB Autos, SMT Volvo, Toyota, Autochek, Heineken, Motul, AMC, hiimpacttv, Infinity Tires and Elizade
Adeoye Ojuoko, the President of Work and Play, one of the organizing team said that the event redefined possibilities in the Motorsports community as it was borne on the back collaboration between his group and BMW Club Nigeria.
According to him, “If we put our resources together we can go farther. This event is bigger and perhaps the best so far.  For us in Work and Play, we would explore more avenues to promote the sport, that includes joining forces with more willing stakeholders to drive down the values of the sport and expand the industry for more people to benefit from.
“If it were not for the cautious nature of social event and the move by organisers of this event to align with Lagos State government and the Nigeria Centre for Disease Control’s Covid-19 Protocols, this venue would have been sold out.” He said.
The one-day event that also included time-attack with outstanding parades from other Motorsports groups from different parts of the country.
Kennedy Njideofor, President of the BMW Nigeria said, it was the clubs dream to use the event to raise awareness for the sports and bring together car enthusiasts for common good.
“Beyond what happened at the Autofest 2020, it is the coming together of like minds that was our biggest achievement. Despite the pandemic ravaged economy, we are very positive that the synergy formed through Autofest here will propel the industry further.” He said.
The Flag Girls Contest crowned 3 winners and the CSR to the homeless saw 3000 persons given merry Christmas tokens from the Bikers in Lagos, BMWCLUBNG and Ritefoods
According to Linda Dominguez, The Head of PR for BMWCLUBNG,  “The Event featured”, horses, dancers, bicycle stunts, skaters, drifters, bikers and display of varied array of exotic automobile ranging from Mercedes,  Lexus, Tiger, Toyota, Audis BMWs, Ferraris, Lamborghinis, Maseratis, Kawasakis, Ducatis and many fascinating automobiles
Next Year’s edition promises to be even more exhilarating she says
More info on www.bmwclubng.com
TagsAntonio Sandouk Autofest 2020 BETKING BMW Clubng Drift Hunters ENTERTAINMENT AND LIFESTYLE Kennedy Njideofor Linda Dominguez MAESTRO's MEDIA Petrol Heads Star Studded Time Attack Work and Play

FARE THEE WELL OMO-OBA ‘ADEDAPO ADELANKE OJORA’. YOU CAME, YOU SAW THOUGH DIDN’T CONQUER. MAY YOUR DEARLY DEPARTED SOUL FIND THE REST IT SO FERVENTLY CRAVES!
ALBERT OKUMAGBA’S BURIAL PLAN OUT ALREADY. THE FINAL FAREWELL STARTS IN JANUARY OF 2021
Comment