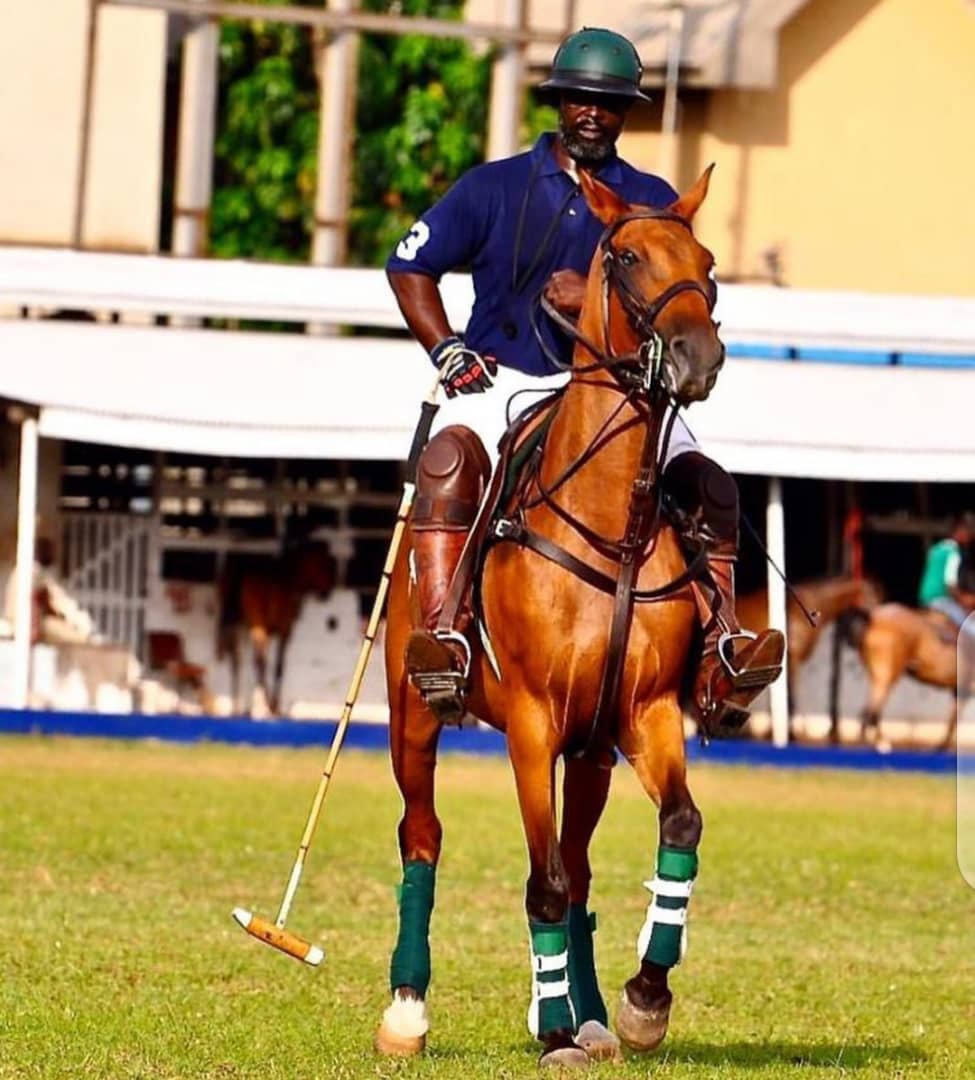 If love, by that we mean the seeming unlimited showers of it or better still the avalanche of it, or better still the ceaseless downpour of it can wake the dead up from that still place and position, then most probably one of the most desired miracles in life that would have happened and would have been the resurrection of the dead. In this instance the waking from the dead of ‘Prince Adedapo Adelanke Ojora. Even with how strict that the Covid-19 coronavirus pandemic protocols of social distancing were supposed to have been observed, many friends, family members and associates and more of the dearly departed came in torrents not necessarily minding the protocols that much even as they still observed it to pay their final respect, to man they all loved so much and they all had great reports to make about.

It was a sea of people in grief. Many just had to do their best to keep their feelings in check, but most didn’t succeed as it was tears galore. It was just too sober, just too emotional. The atmosphere just took one to that point where one just began to think that, so at the end whats this life all about? When much as you try, at the end of the day, death would still come calling one day!

If the unforgiving and uncaring and totally ruthless grim reaper had wanted money so as to let Dapo be, we can bet that many, most especially family members and other loved ones would have rallied round quickly to pay death what it demanded and Dapo maybe would have still been alive today. But alas! Death has done the worst it could do. And the well loved dude is gone. Gone to be with those who had left before him to the ghostland. Gone prematurely to go start another journey in another realm, never to be seen again in this realm until the day of his resurrection. He would be dearly missed. That much was evident from the countenance and actions and reactions of those at his interment.

As he was committed to the earth yesterday and those who came, at least the closest ones to him did their dust to dust and bade him a final farewell. The journey began at the Cathedral Church of Christ Lagos where an emotional service took place. The service itself was conducted by Very Rev. Adenoma Ojofeitimi. TOS funeral were given the honour to handle his burial arrangements. His body’s resting place was the Vaults and Gardens, Ikoyi, Lagos in a particular vault where his late elder brother’s body had laid now for 9 years

It was only a few days ago, that it was alleged that the polo buff had taken his own life at his Ikoyi, Lagos home by shooting himself on the head. His gruesome death shook many into utter disbelief! And many theories immediately sprang up about what may have led to his death, one of which is that he may also have been assassinated. Some arrests are said to have been made already though so we await the police findings. While another theory claims that he may have shot himself on the head by mistake (accidentally). Though that particular theory sounds somewhat.

A gathering had been held for him on the ground where he had rode gallantly many times as one of the highest rated or highest ranked polo kings in Nigeria. That’s talking about the Lagos Polo Ground, Ikoyi. Where an emotional service of songs held. He had passed on, on Friday, December 11, 2020 at just 58. He is survived by his beautiful wife Patricia, who some report had even claimed was estranged from him, their 3 kids and his parents- Otunba Adekunle Ojora and Erelu Odua Ojuolape Ojora and siblings- his immediate younger sister Toyin Saraki, the former first lady of Kwara State and wife of the former Senate President, Dr. Bukola Saraki and their last born Yinka Ojora.

His burial was yesterday, Tuesday, December 22, 2020. May the soul of the departed find rest.

Pictures were by Kola Adegbite. 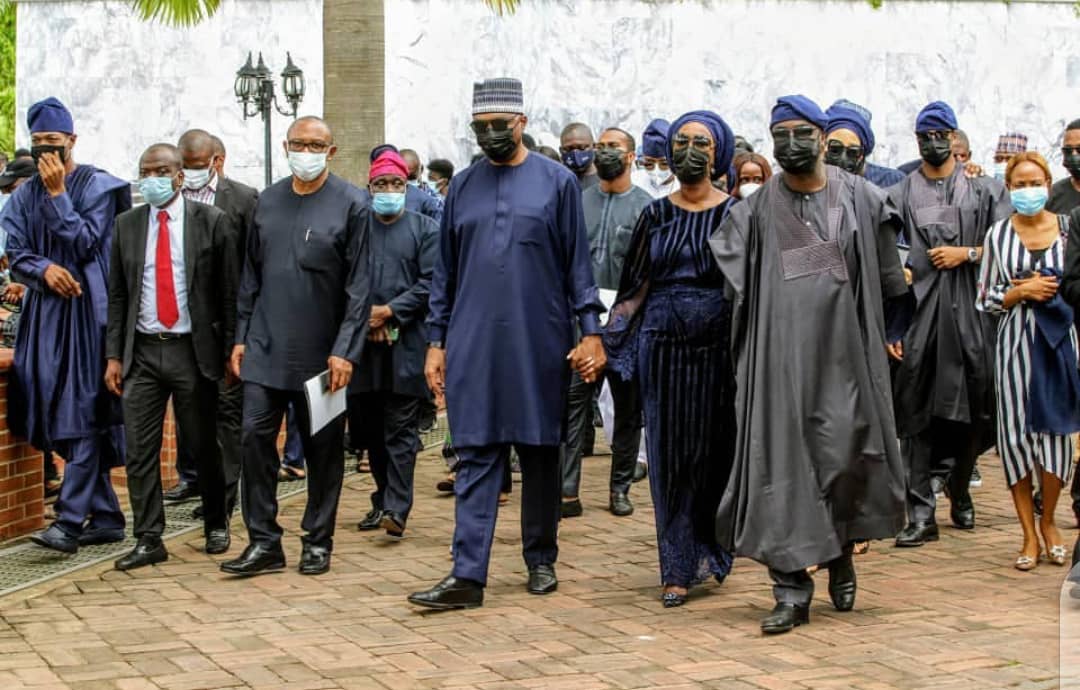 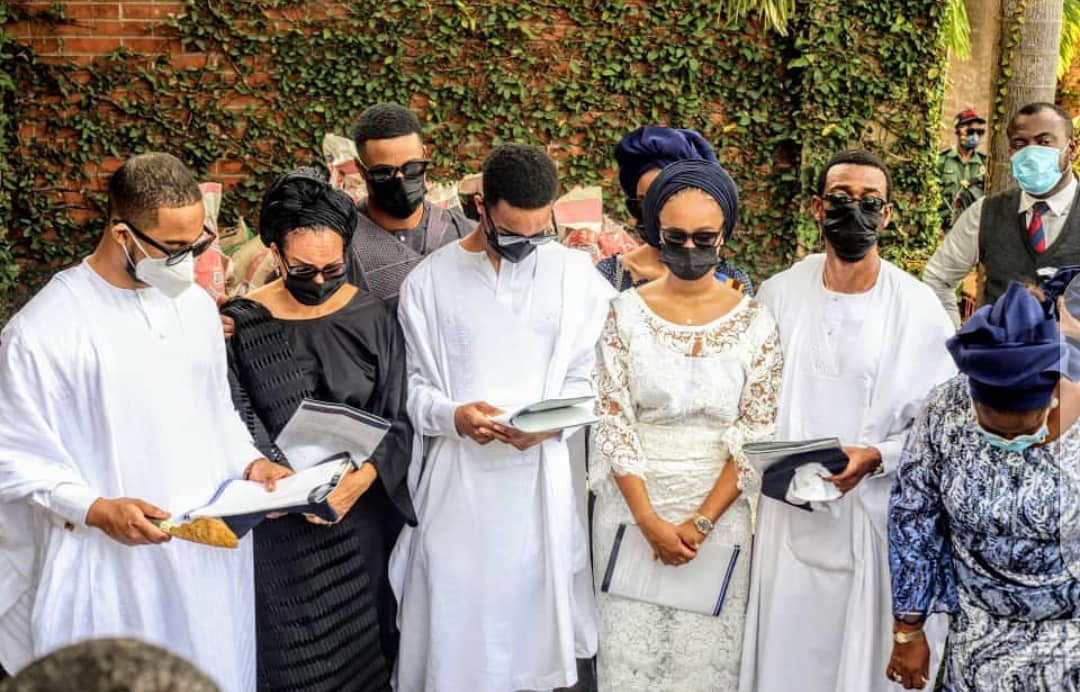 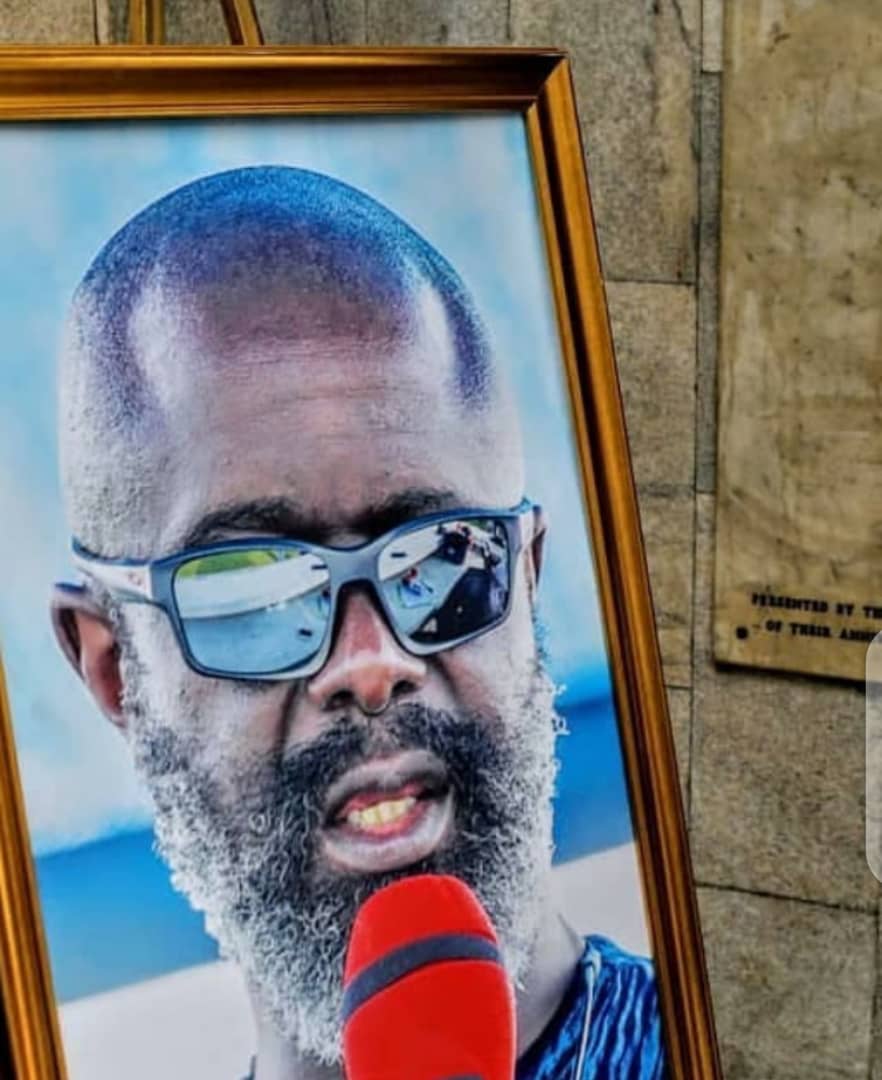 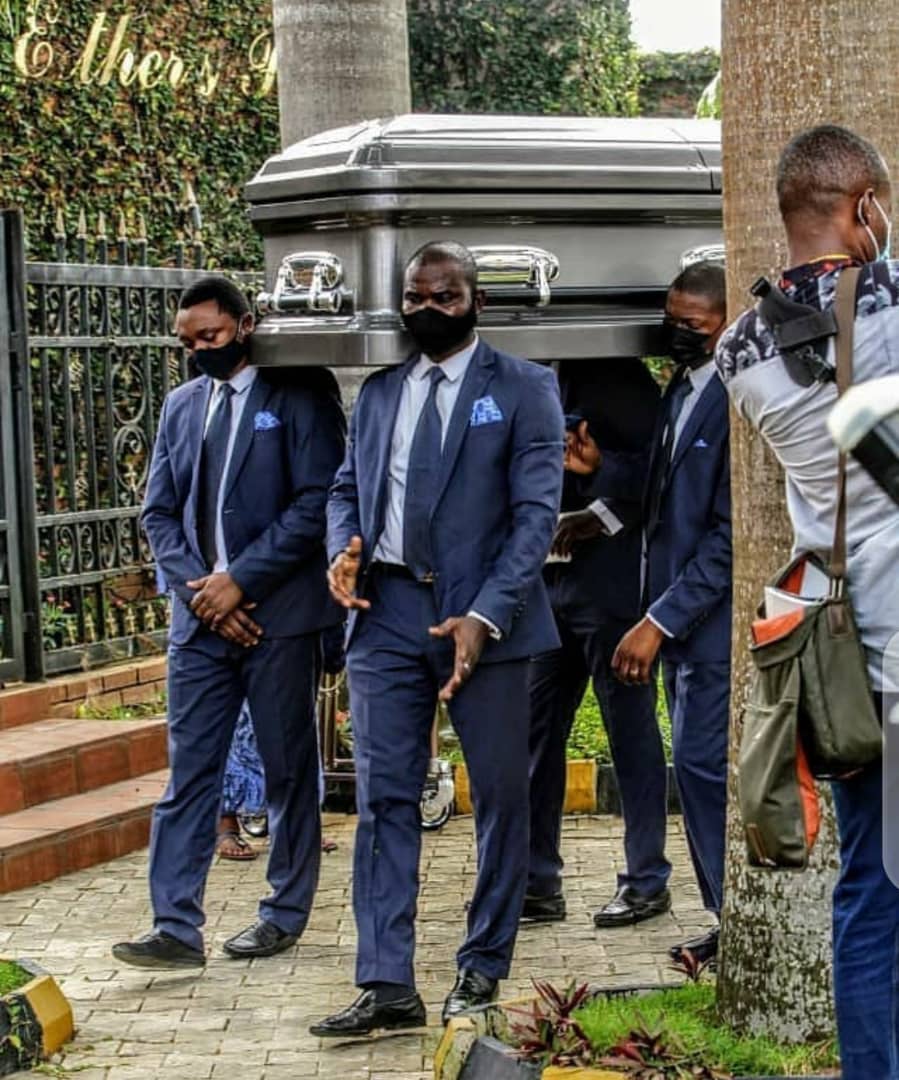 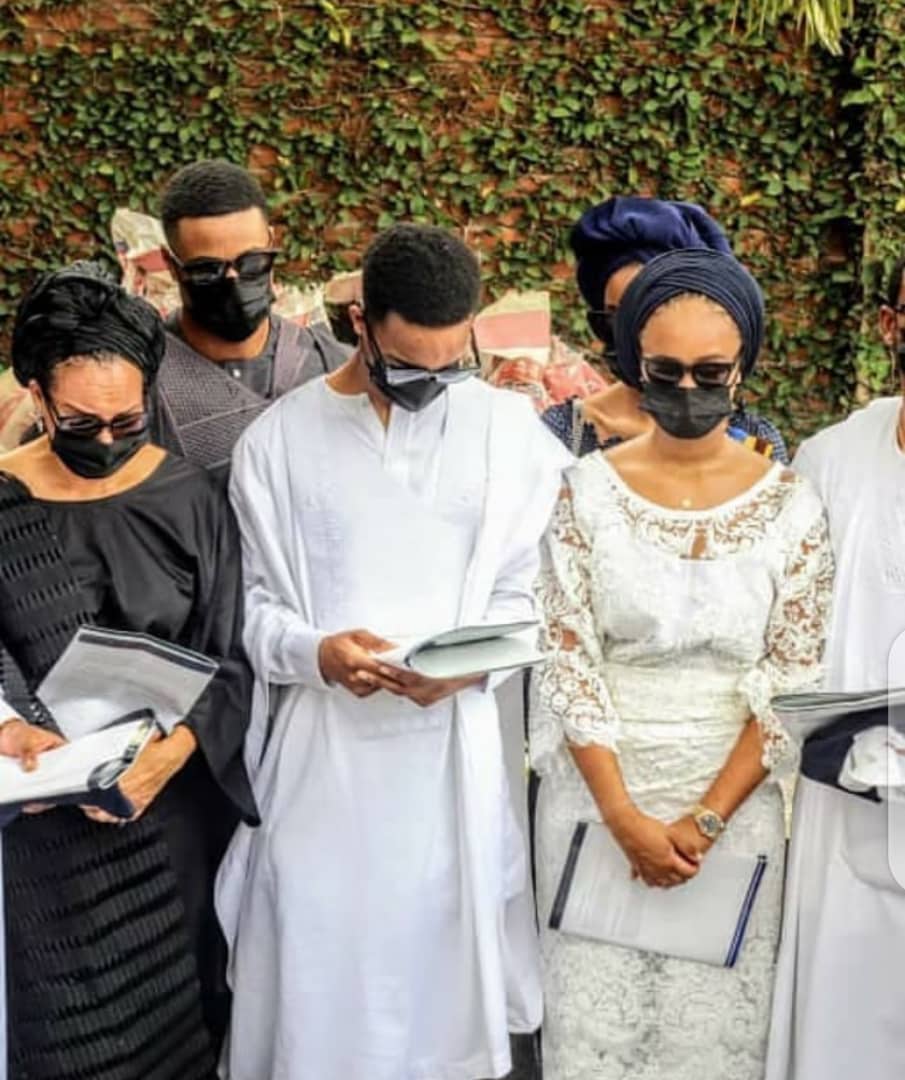 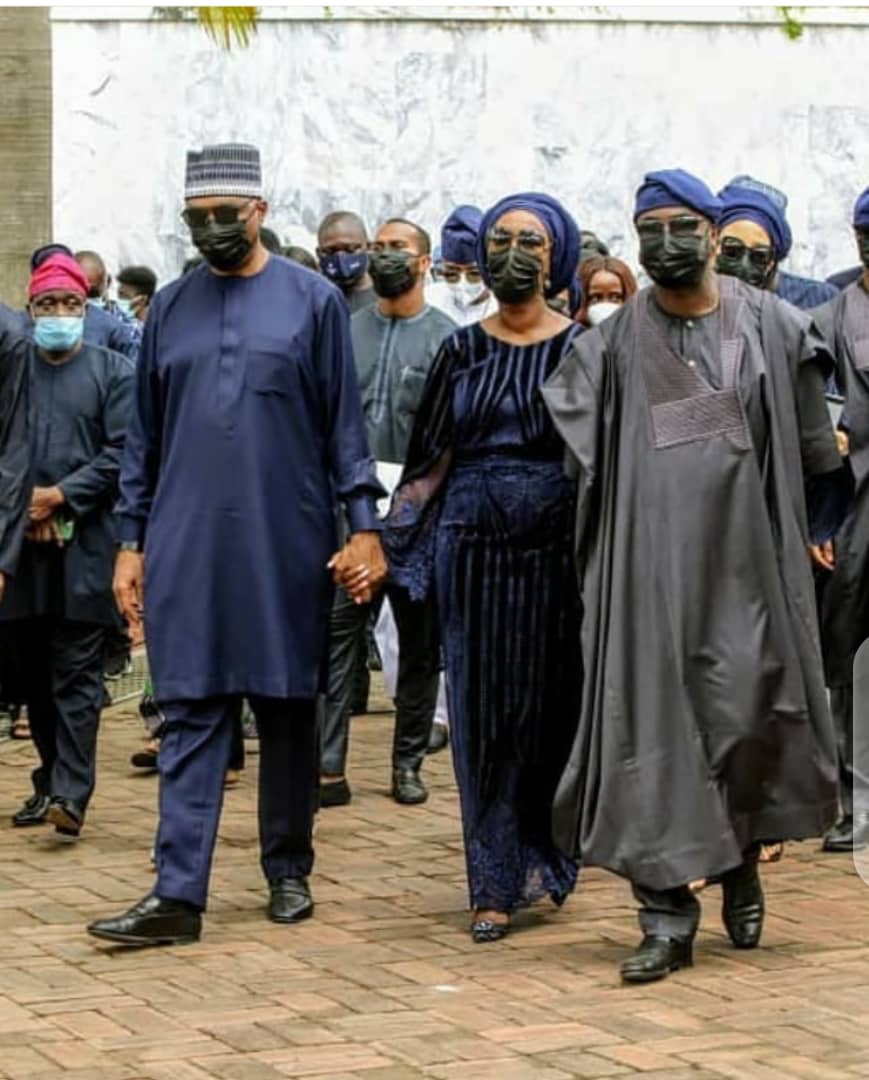 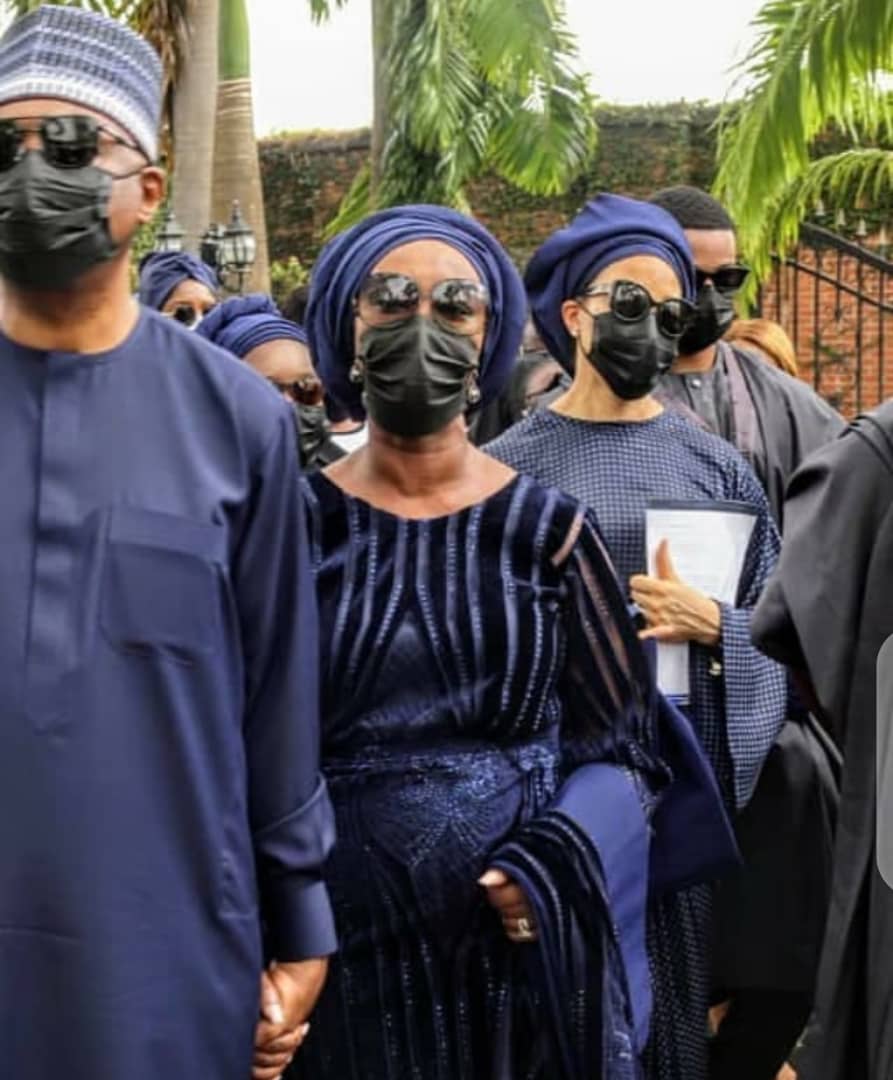 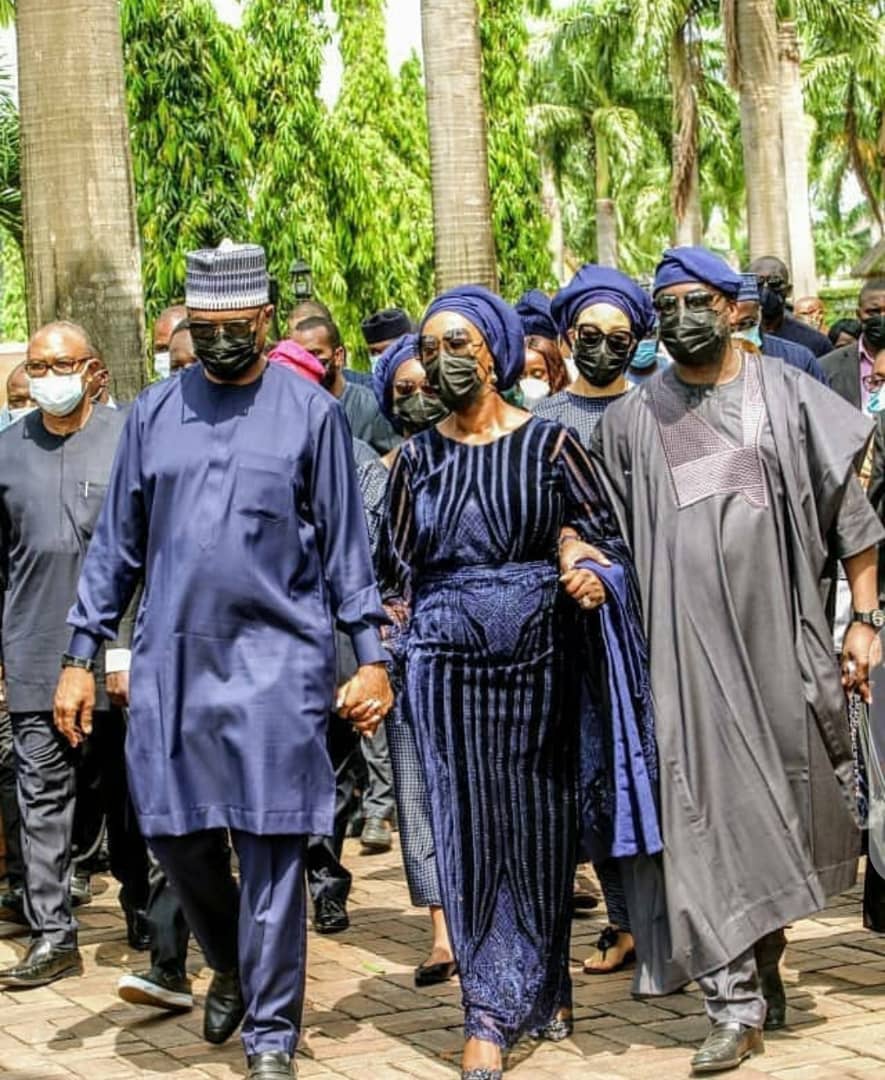 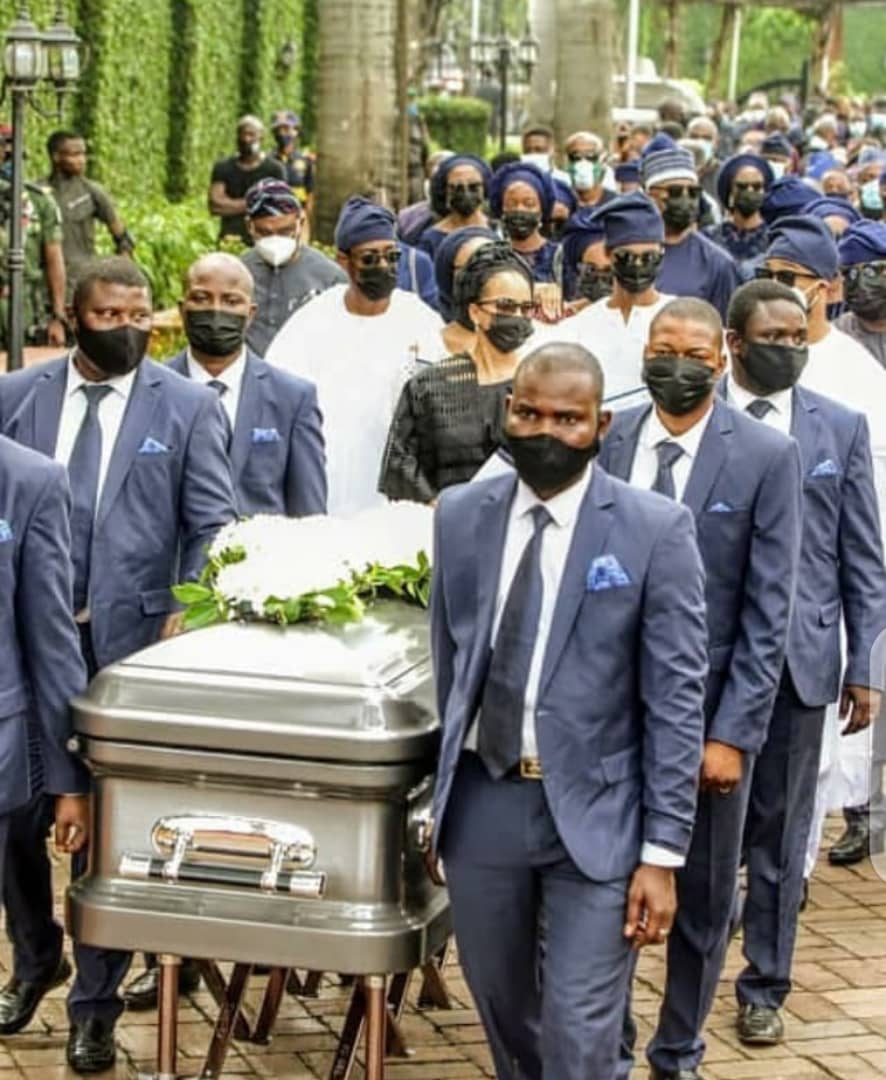 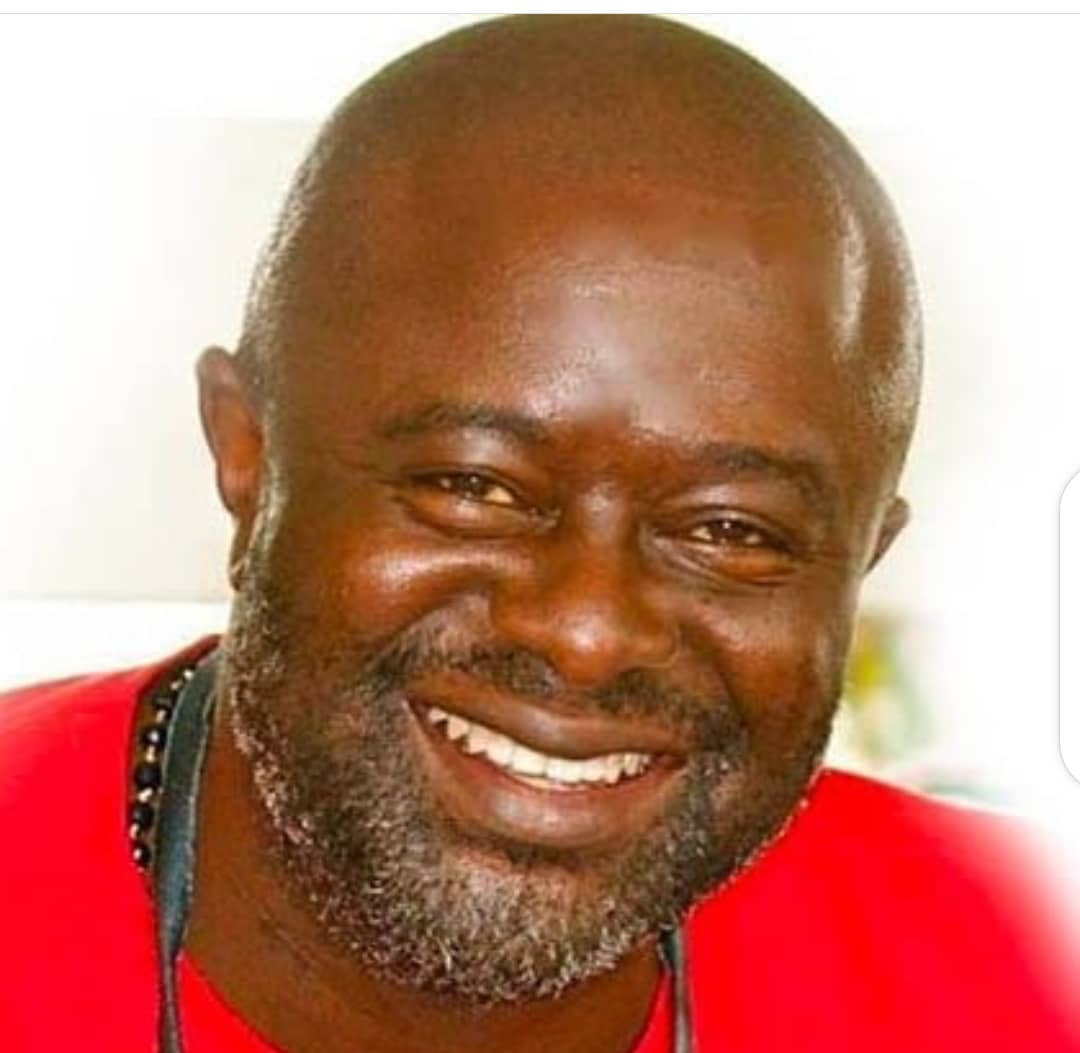 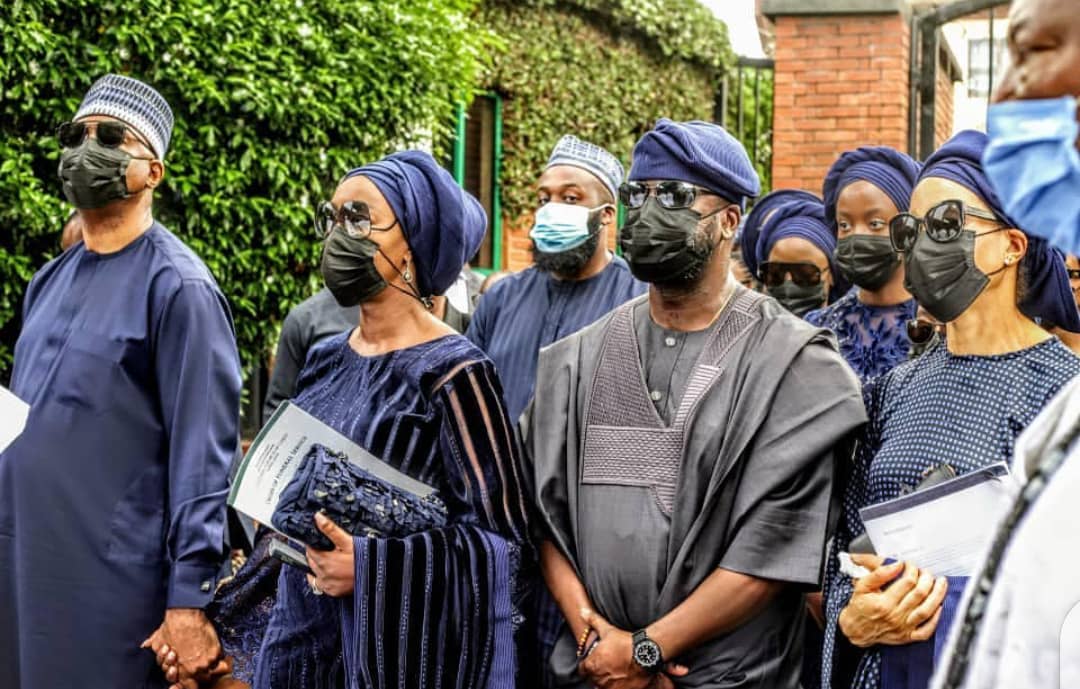 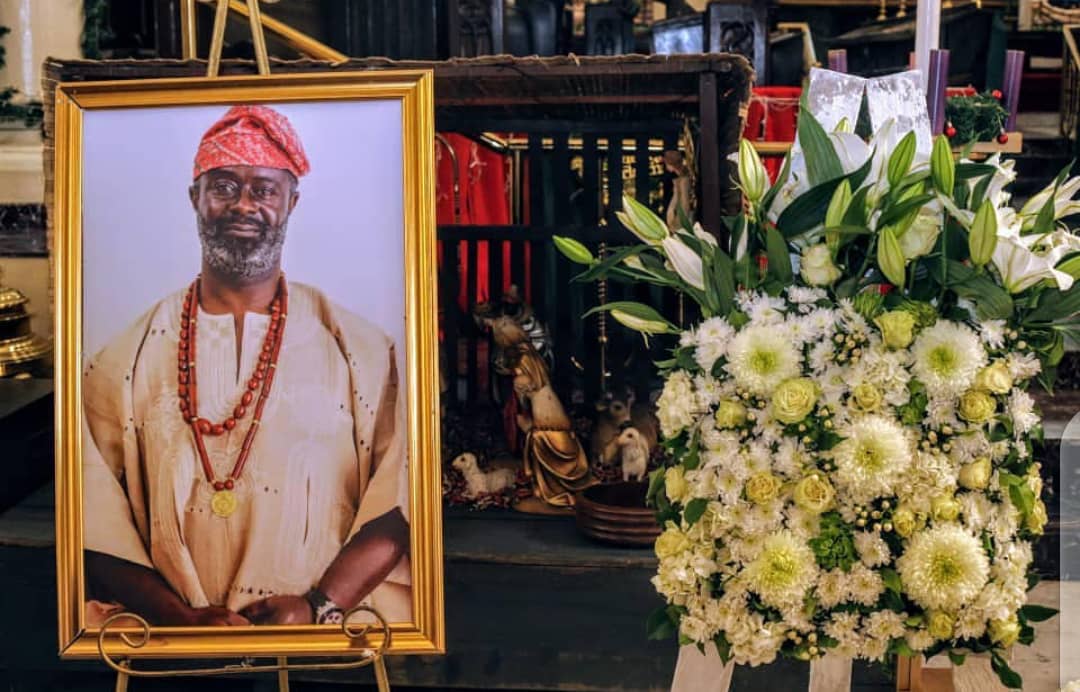