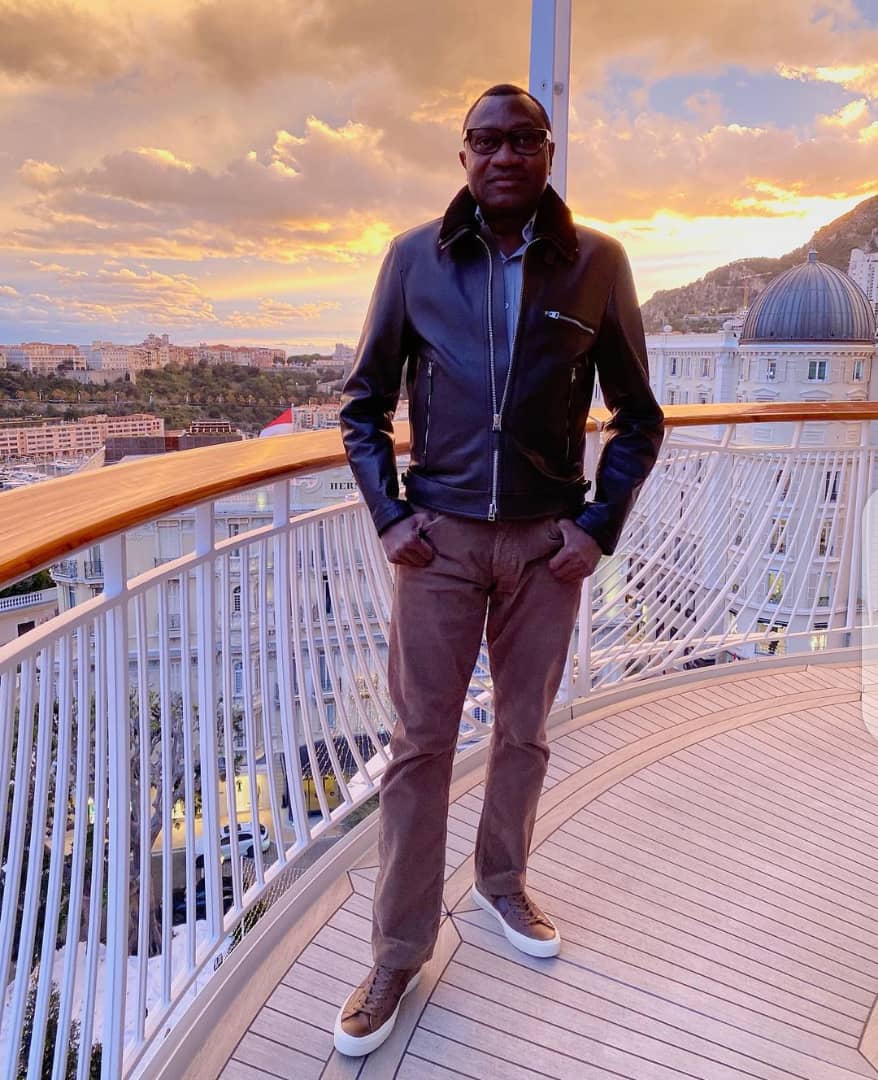 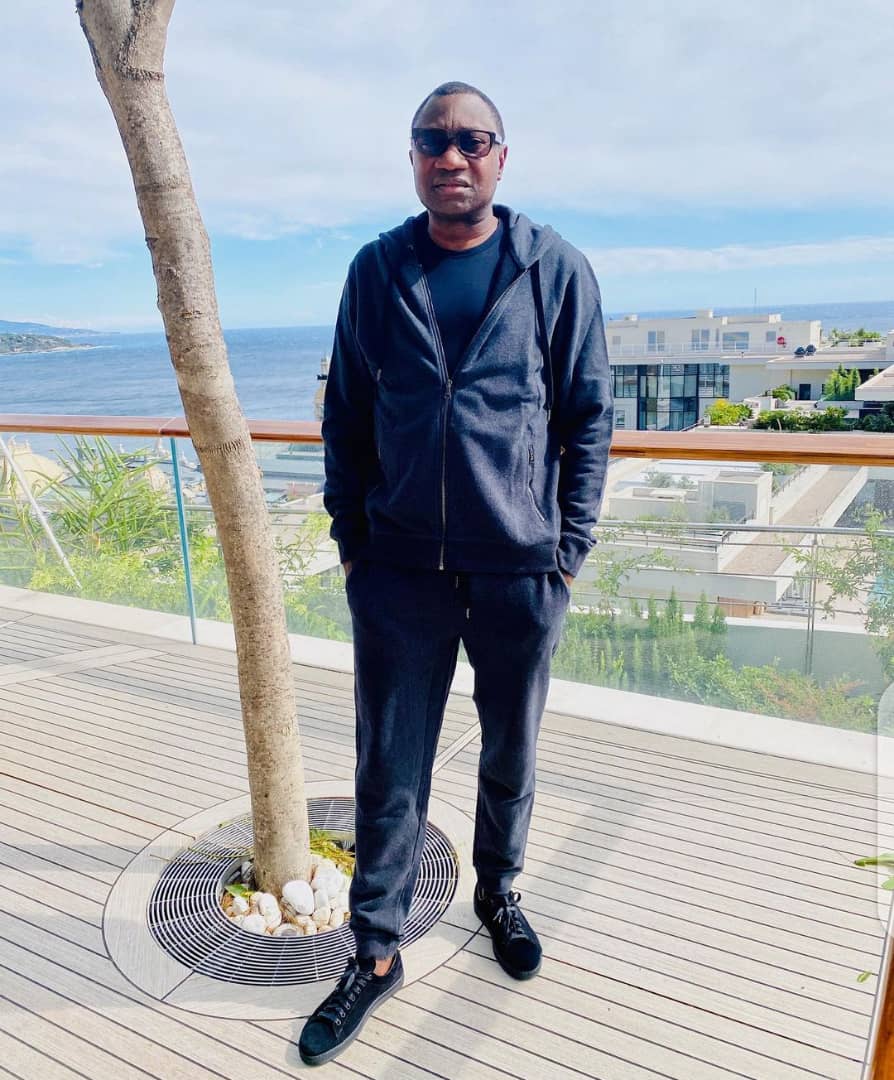 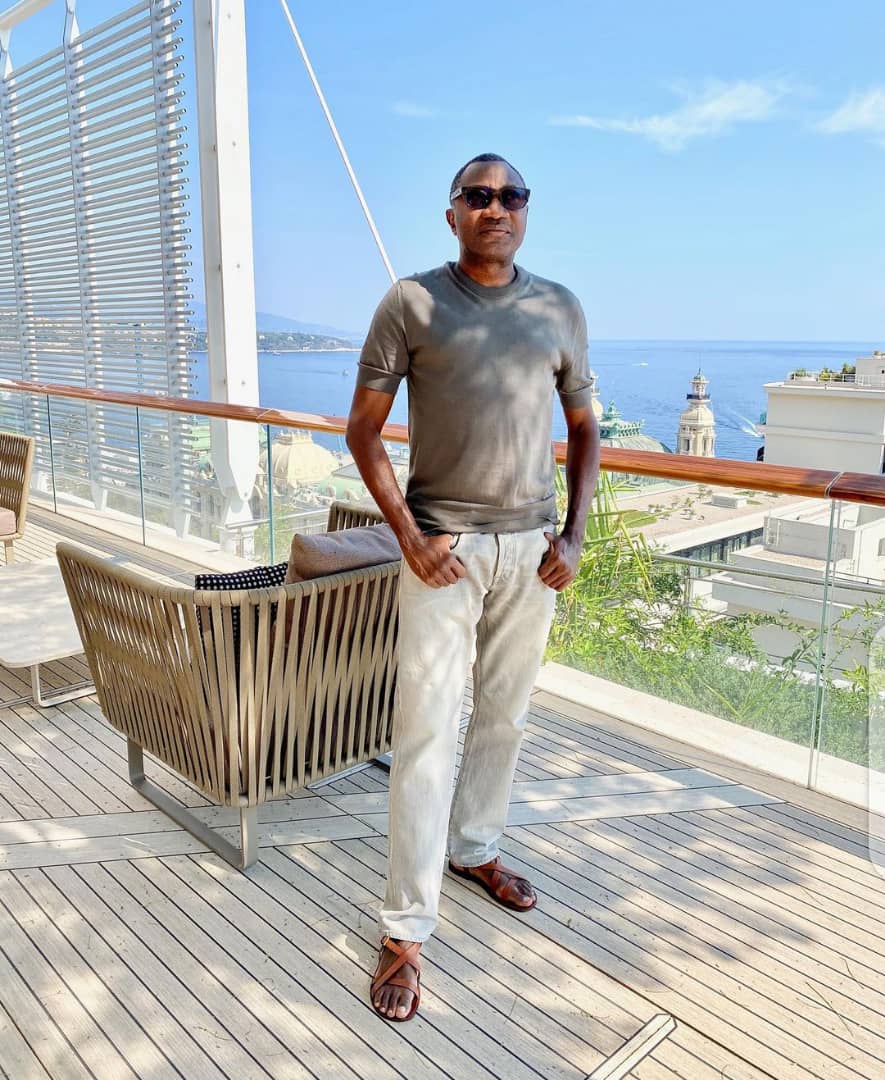 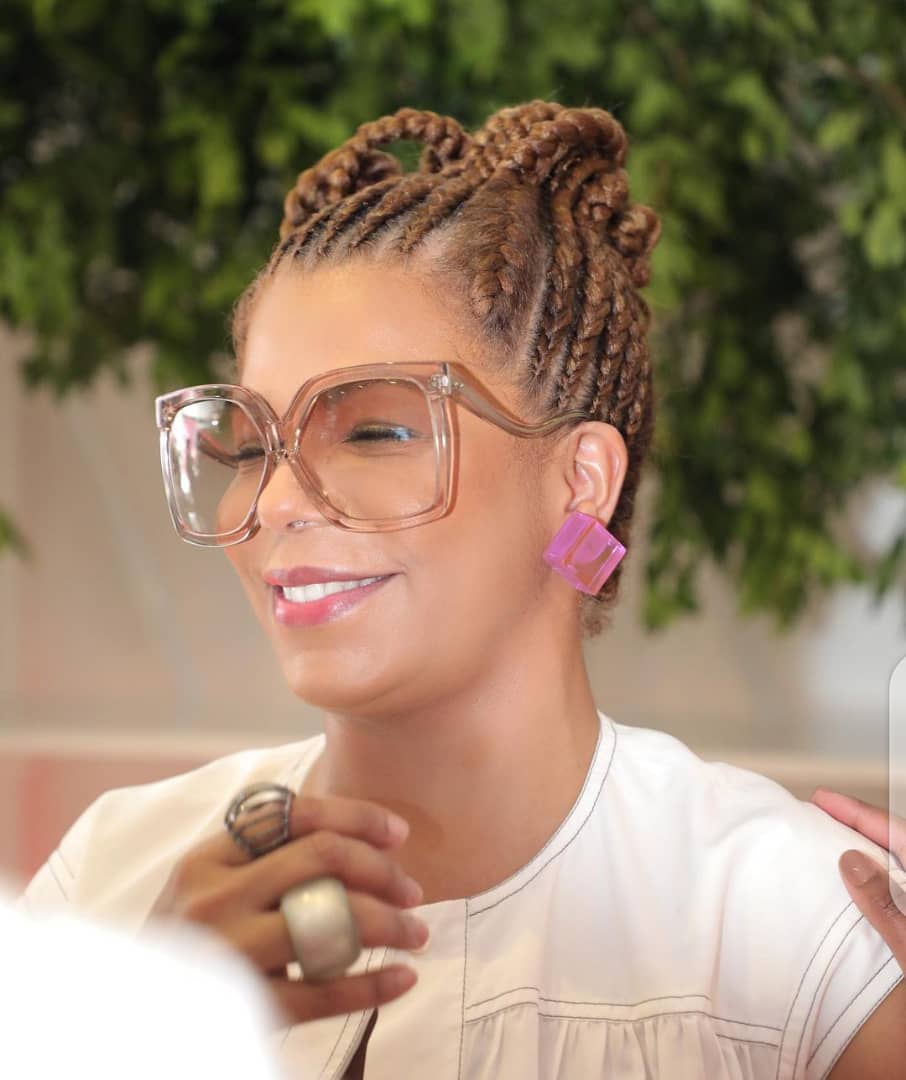 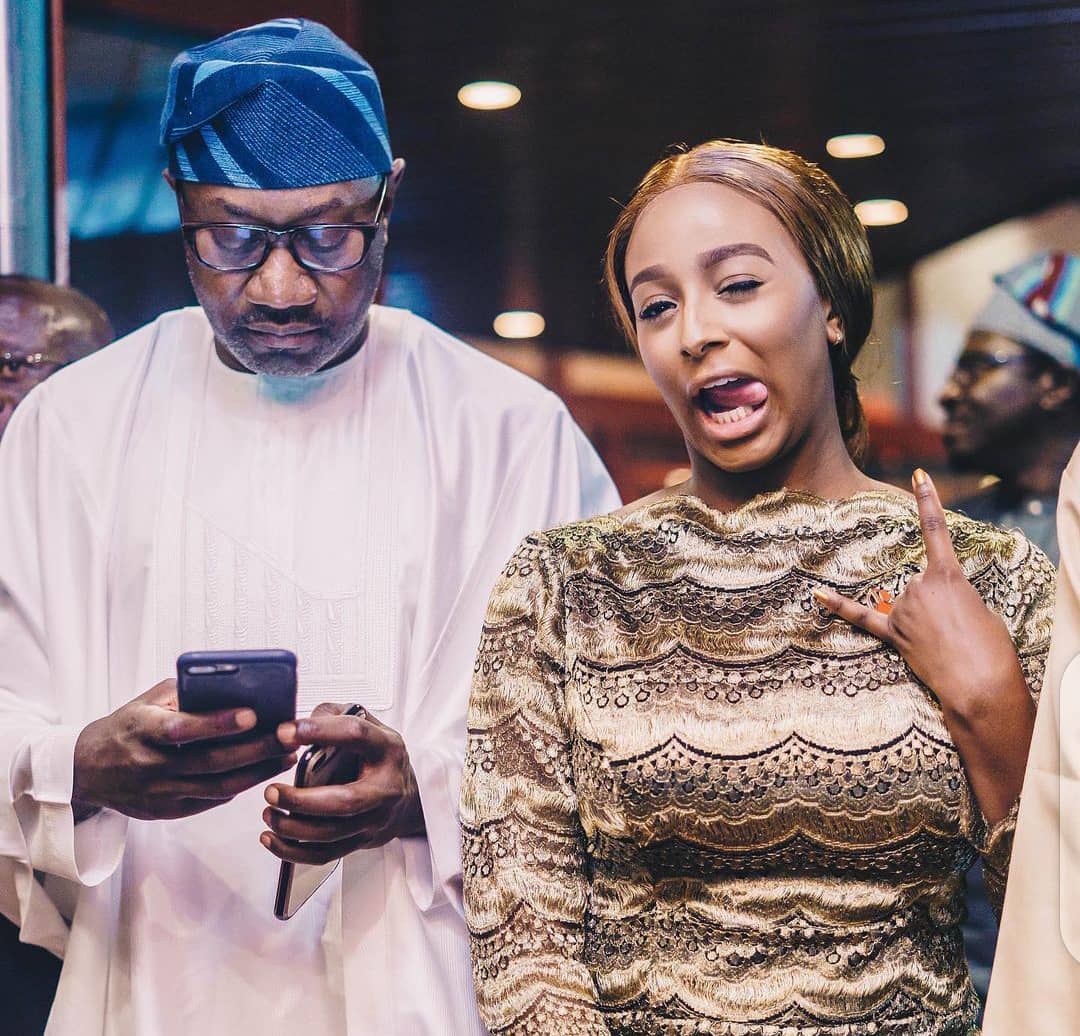 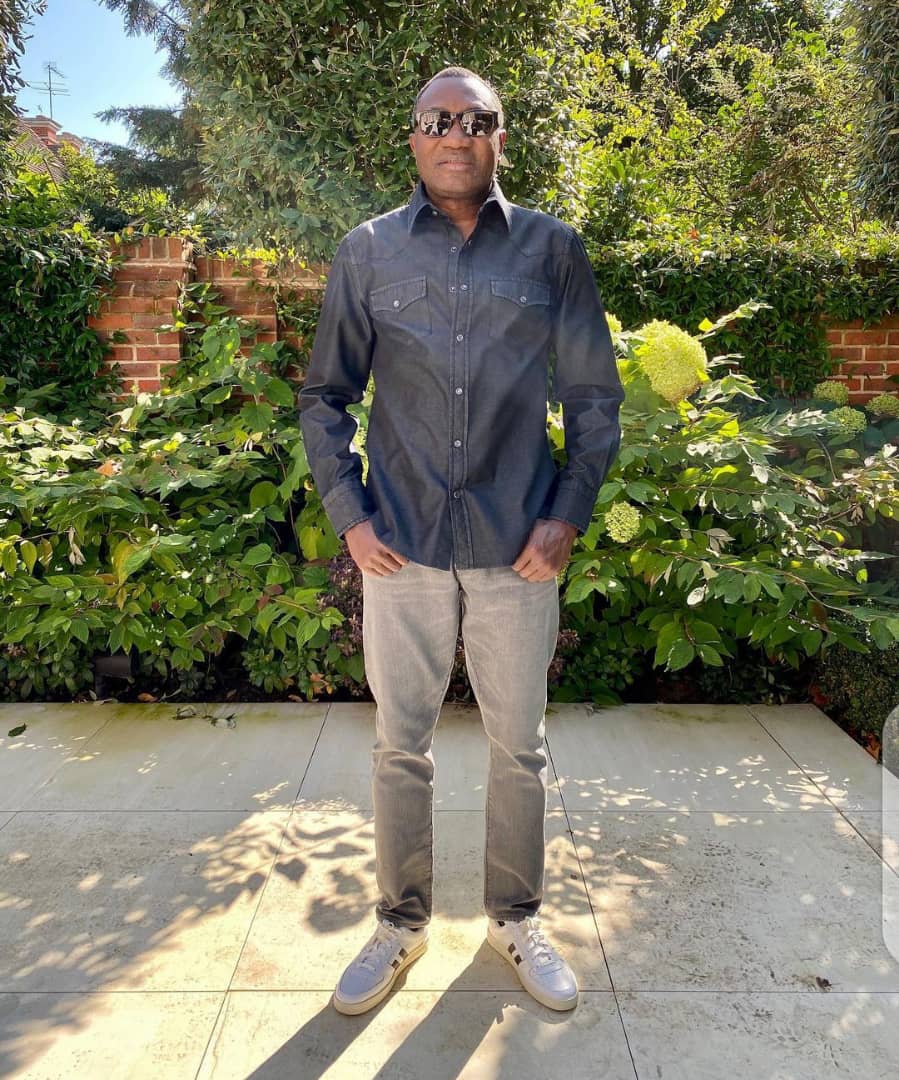 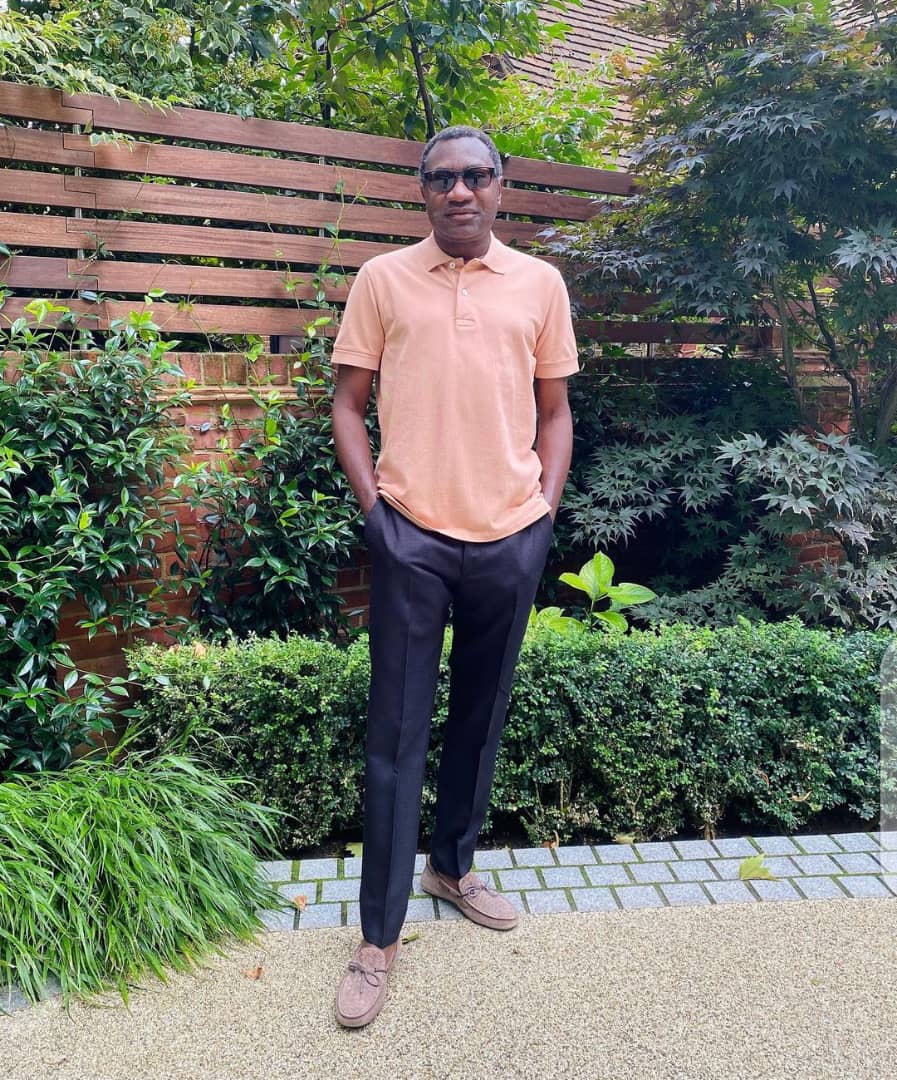 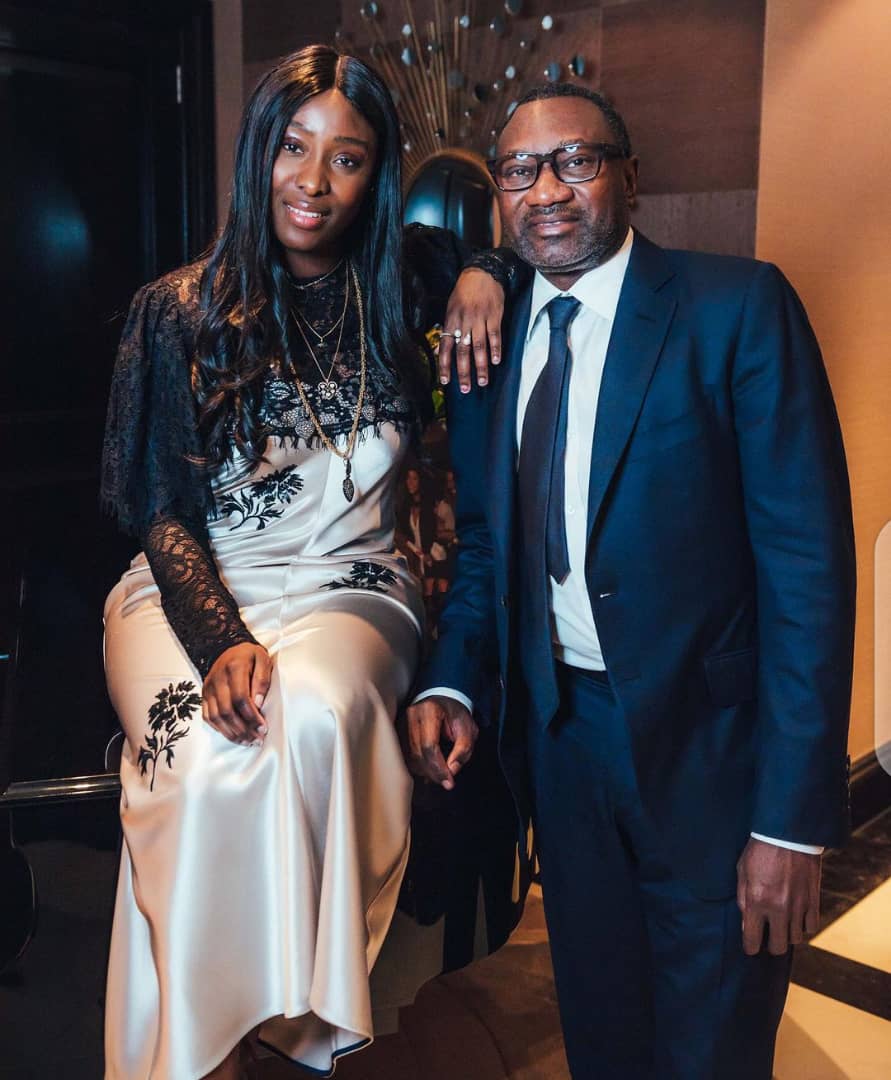 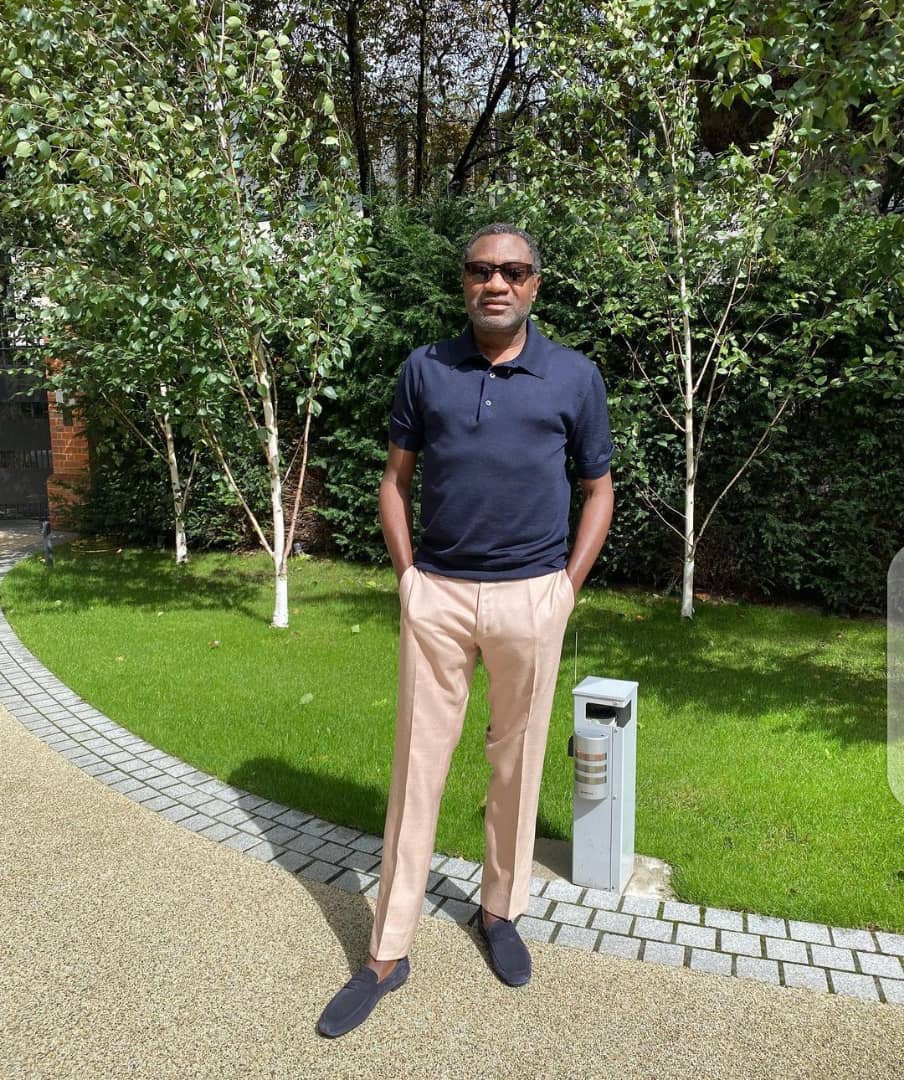 ola is one lifestyle filthy rich dude who knows very well how to send money on errands. There are many like him, who may even be far richer, but who are still learning from him.

The Lagos born dude, who is the dad of the trio of well known gorgeous daughters making their mark in the entertainment industry likes of deejay DJ Cuppy, actress and fashion enthusiast Temi Otedola and the eldest daughter Tolani- who is also in the creative industry as a budding musician, is one super stylish wealthy dude.

Everything about him oozes class, style and panache to the power of infinity. The quiet gentleman is one person that can be accurately tagged the king of lifestyle. From his all white multimillion Naira valued Ikoyi home, which he built from scratch many years ago. To his choice of cars.

Femi Otedola, the many like to refer to as Ote$ollar has always been a most reverred customer of the Benz brand cars. And many years back, he was one of the very few then around the world to have gotten a custom made Mercedes Mclaren, as one of the many cars in his impressive car garage.

To show that he leads and others actually follow, when he got his luxury yacht then, a few years ago, his own became the boss of all others, until the time his good friend and the richest black man on planet earth, in the person of ‘Alhaji Aliko Dangote’ got a replica and maybe a more advanced version of the one Femi Otedola already had.

The man who favours Tom Ford as his favourite brand, designer label, is also a standout, when it comes to his collection of impressive timepieces. But instead of the very vulgar and outrageously show-offy types, carrying plenty of gemstones to attract unnecessary attention, he favours more the highly complicated, but simple looking, super flat ones, that would effortlessly buy an impressive home when sold. You know the likes of those ultra thin, super complicated Patek Philippe or maybe the Vacheron Constantin.

So just imagine the kinds of homes that would be in the ‘international property portfolio’ of such a stand out fellow? He already had an impressive humongous home in London before, that’s valued in range of millions of pounds. But he has taken it many notches up now with the purchase of a far more grander, far more classier, far more standout, far more impressive, in fact a supersonic home that’s a sight for sore eyes that cost him a whooping £75 million Pounds only!

At today’s rate of more than N600 Naira black market to £1 Pound, that’s at least N45billion Naira alone for just that London home. The masterpiece is said to around the Knightsbridge area of London.

For those who might not know much about the Knightsbridge residential district in London, England it borders Hyde Park. It’s a totally superiorly upscale area, where the super rich, not just the rich, but the super rich have their homes. One of those to have a home also in that upscale area is none other than Mrs. Folorunsho Alakija of Famfa Oil, reputed to be one of the ‘wealthiest African woman in the world’. It is an exclusive address of the world’s richest people and it is where super upscale stores like Harvey Nichols and Harrods are found. An average home in Knightsbridge is about £2.8 million Pounds.

So to own such a home like Femi Otedola owns, you can then imagine the kind of cars that would be parked in the garage of such a place!

But much as the Knightsbridge London, UK home is badass impressive, his Monaco new home actually slamdunks it many times over in every area one can think of.

Again not only is the Monaco home outrageously impressive, awesomely beautiful and mind-blowingly intimidating, it actually reduced the pocket of the moneybag, former oil and gas tycoon, who is now one of the lords in the power sector, with his humongous investment said to be in the region of $1 billion dollars in Geregu Power Plc, in the region between €85 to €90 million Euros! That’s another whooping N48 plus billion Naira by the black market rate. Both would add up to more than N90 billion Naira for just 2 properties alone!

Picturesque Monaco is a sovereign city state on the French Riviera. It is bordered by France to the North, East, West and the Mediterranean Sea to the south. It is a known tax haven where the super duper rich own homes with their super luxurious yacht and impressive car collections. It is actually the haven of lifestyle. It is a world recognised as one of the most expensive and wealthiest places in the world.

Femi Otedola is one of the 38000 plus people that populates Monaco. His Monaco home is so impressive that it has a special book dedicated to it, much like its own blueprint and more that tells and describes everything including thr functions, about the awesome place. The view from Femi’s home is actually outrageous as the F1 race tracks passes by his home, so he has a view of the amazing star drivers of the Formular 1 races likes of 7 times world racing champion- Lewis Hamilton, Sergio Perez, Valtteri Bothas, Max Verstappen just to mention a few.

So it is obvious from all of the above and more that Femi Otedola, who at just 58 and now more in retirement, is a man of supreme class and distinction with effortless ease and gusto. He made the money quite young and having invested very well and sold all his shares (75% in all) in Forte Oil to Prudent Energy Services Ltd and making a tidy sum of profit from it. He is now lounging a lot more easy to enjoy the profit of his labours.

Geregu had been bought in 2013 during the Power sector privatisation, under the Amperion Power Distribution Company Ltd a then subsidiary of Forte Oil Plc. Geregu was actually incorporated in November 2006 as one of the unbundled companies from the now defunct PHCN. It began operations in 2007 with a total installed capacity of 414MW when it was commissioned.