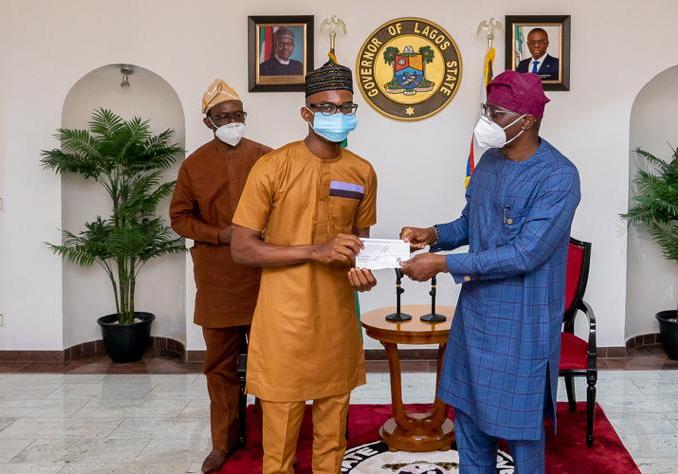 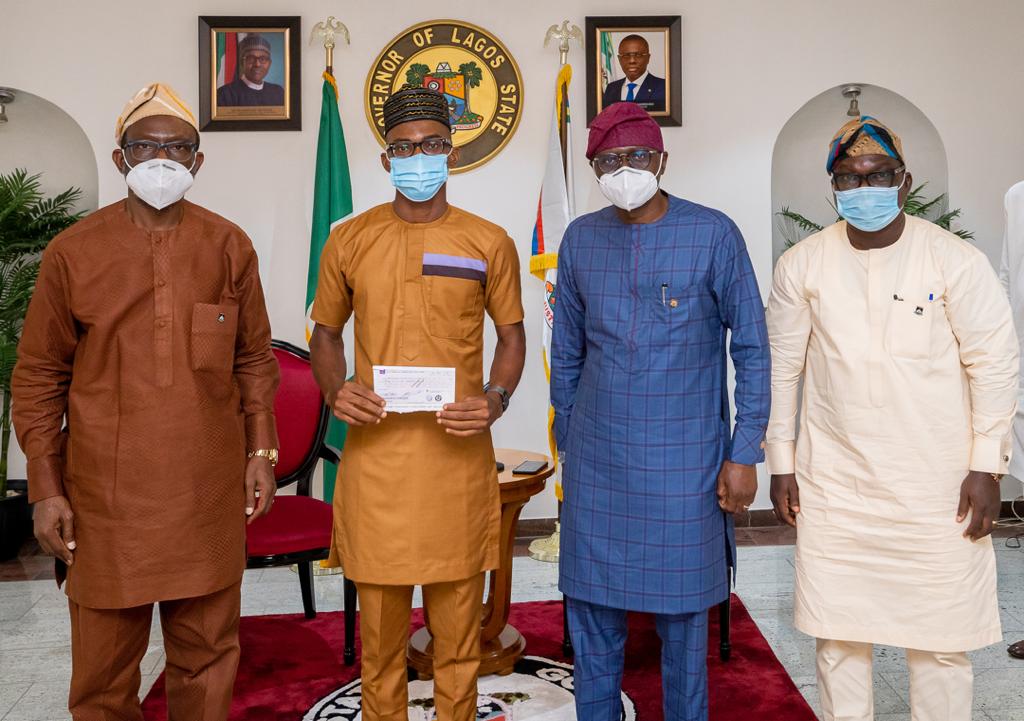 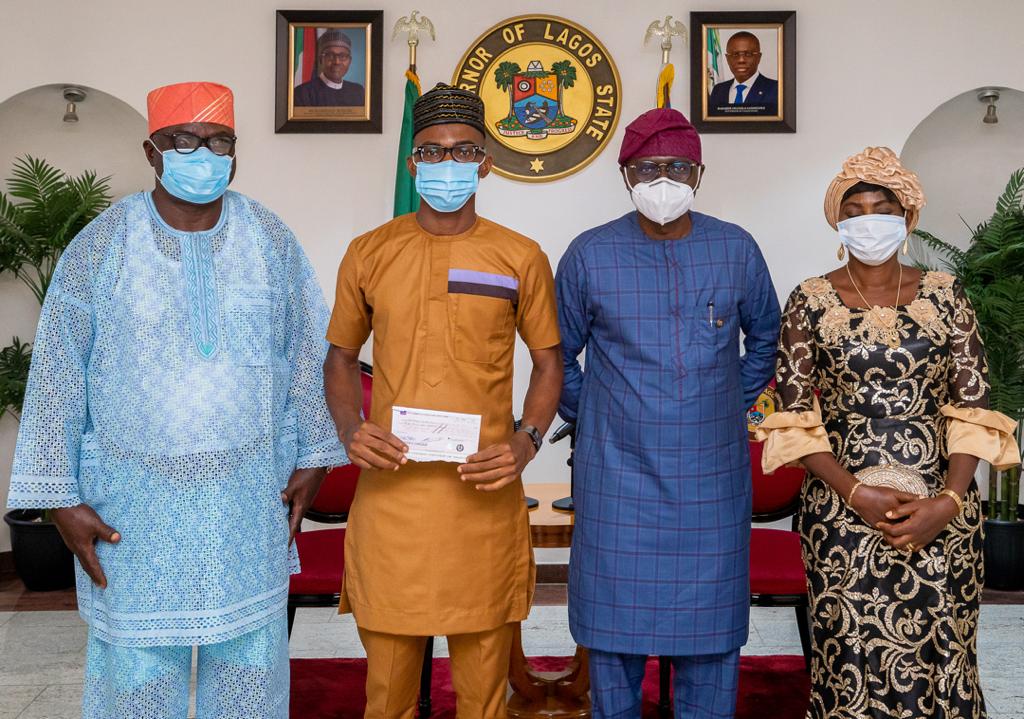 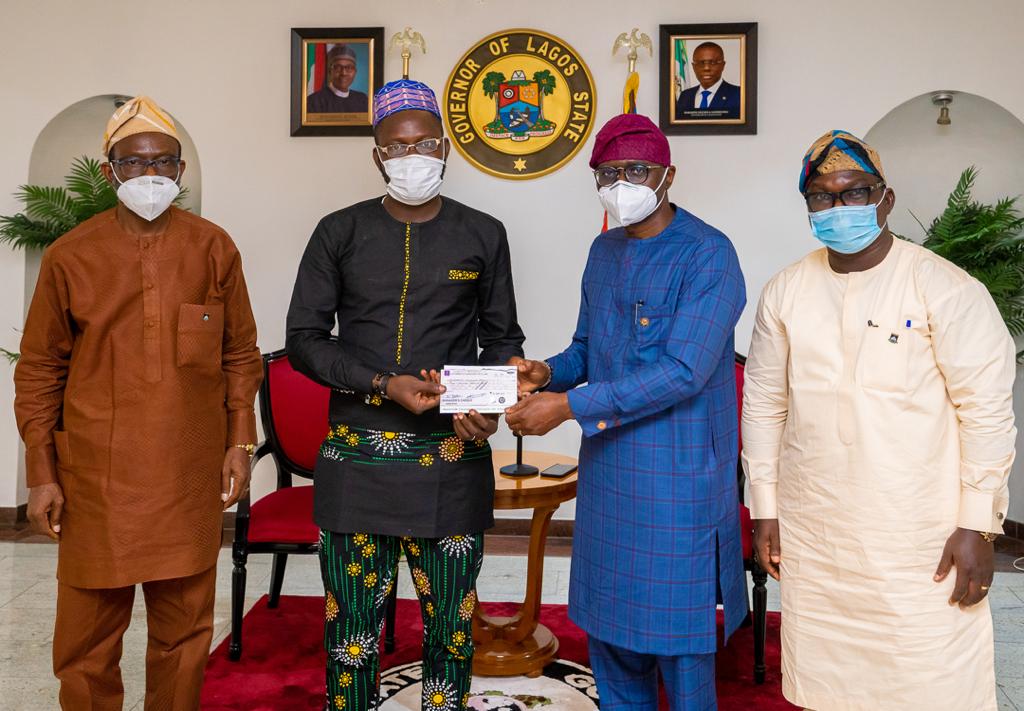 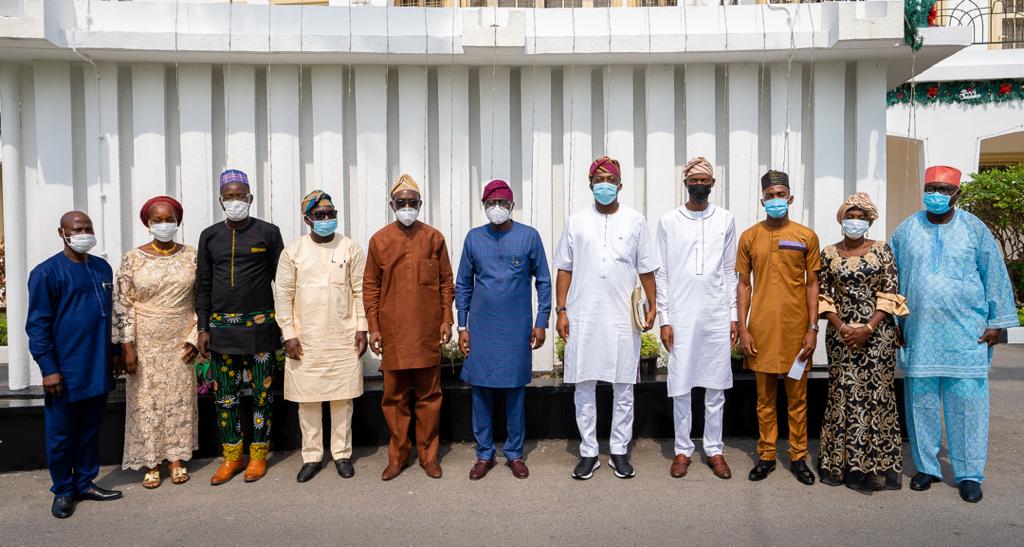 While the Lagos State Government and its boss in the person of Governor Babajide Olusola Sanwoolu, has done the needful by its action, encouraging and taking the opportunity to show how supportive of “excellence in education” the adminstration is, we are still waiting to see, if the sister state- Ogun state, where the young LASU graduate actually hail from and if the Governor of the state, in the person of Prince Dapo Abiodun, would also take the cue somewhat and maybe embrace the young man too, one way or the other.

Anyways, away from if or whether Ogun state does anything or not. Governor Babajide Olusola Sanwoolu of Lagos today on his part in Marina, Lagos, fulfilled the monetary part of the promises made to the brilliant students as they both received their N5m cheques each with some Government officials and LASU officials also in attendance as witnesses.

From the countenance of the cheques recipients, it was quite obvious that both ‘Idris Oladimeji Sotunde Best Graduating Student 2018/2019’ & ‘Olusola Onabanjo Best Master’s Degree Student 2018/2019’ were over the moon as their cheques were presented to them today, Friday, January 8, 2021.

Idris Oladimeji Sotunde on his part, still has part 2 & 3 of the Lagos State largesse still awaiting him. Part 2 which is an ‘extraordinary scholarship’ to go to any school (higher institution/graduate school), in any part of the world to whatever level he desires still in cooler. The beauty of what has happened to Oladimeji is that at least all the burden-hardship/sacrifices that his mechanic-father and trader-mother have had to endure all the years have been lifted so much already, just by the kind gesture of the Government towards academic excellence. And those sacrifices have been further blessed also too, as the part 3 of the Government largesse, which is an automatic employment into the state public service still waiting be fulfilled too.

All of what has happened to ‘Idris Oladimeji Sotunde’ so far is just a fulfillment of the scripture in ‘Pro 22:29’ which says emphatically that “Seest thou a man diligent in his business (in this case education/studies)? He shall stand before kings; he shall not stand before mean men.”