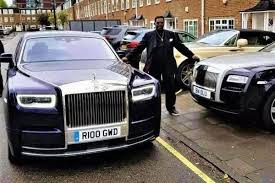 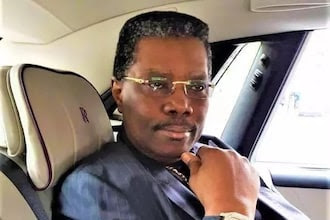 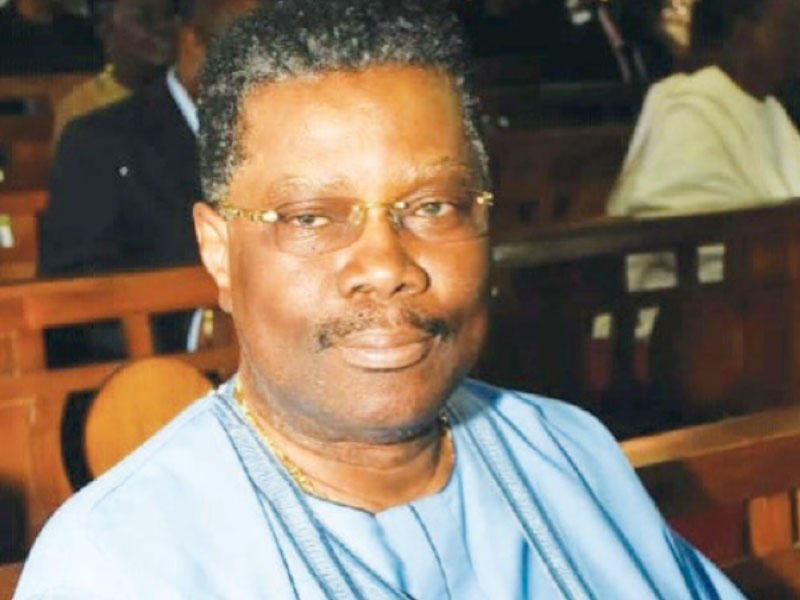 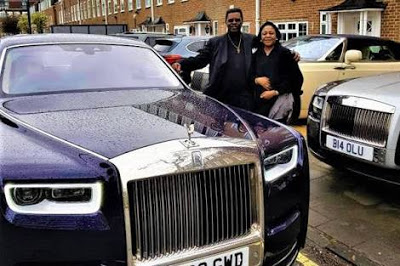 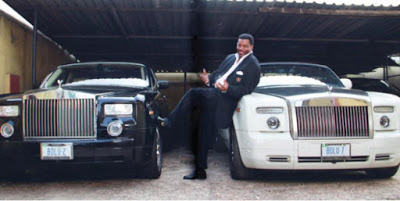 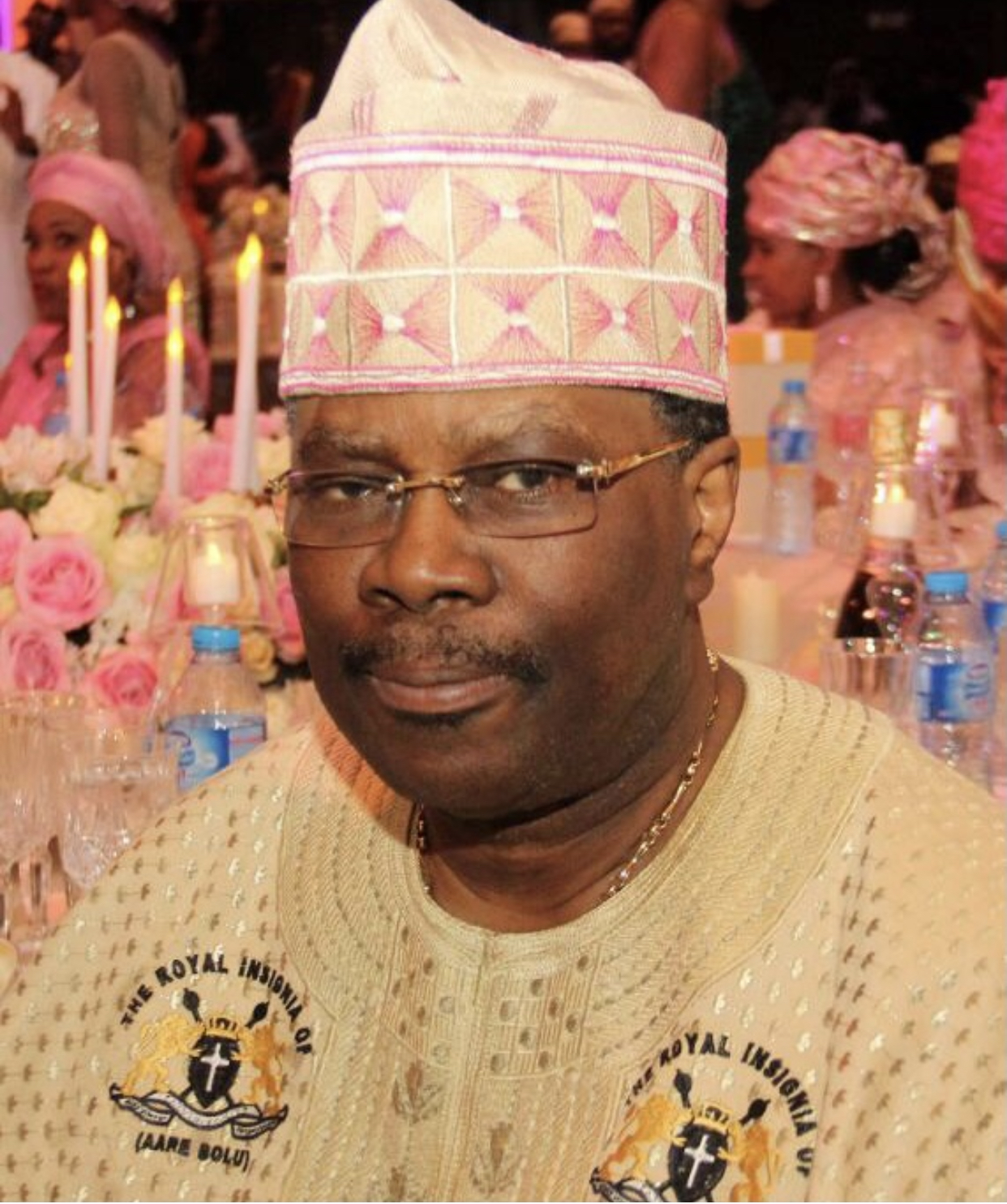 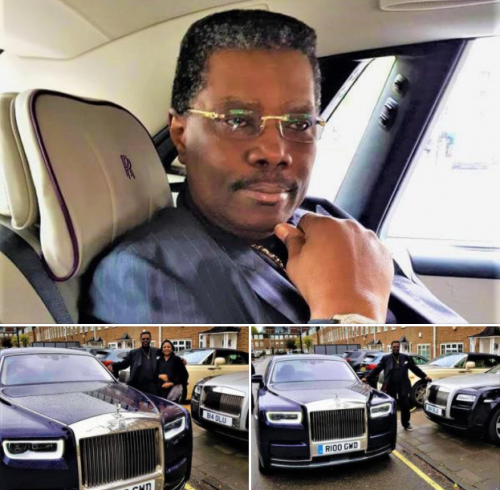 We are still just 2 weeks into the new year 2021 and the death count as already begun in earnest again! Many in fact scores upon scores, due to one reason or the other have already transited to the great beyond without looking back. Leaving their family members, friends and associates and more terribly grief-stricken!

Just how many days ago it was Mrs. Rosemary Dacosta Adebutu one of the wives of billionaire-philanthropist and the highest ranked chieftaincy holder in Yorubaland, in the person of thr Odole of the source, Sir Chief Kensington Adebukunola Adebutu, then earlier today again the demise of the Ret. Rear Admiral Ndubuisi Kanu and then not too long ago now, the most shocking news of all, about the demise of none other than the Aare Onakankanfo of Owu-Egba kingdom, meaning the Generalismo or Field Marshall of the Owu-Egba kingdom, in the person of probably the number 1 Africa’s best collector of Rolls Royce, Chief (Prince) Dr. Bolu Akin-Olugbade!

Dr. Bolu Akin Olugbade was the scion of a famous industrialist father, the pride of Egba, a top Action Group member with the late Chief Obafemi Awolowo, a philanthropist extraordinaire to the core, Chief Babatunde Ohu Akin Olugbade, the Ekerin Egba of yore, who the famous musicians of the day then, likes of Chief Commander Ebenezer Obey waxed exceptionally lyrical about.

The late Chief Babatunde Ohu Akin Olugbade (his father), who was the Aare Onakankanfo of Owu-Egba as far back as 1958, the Balogun Owu, the Ekerin Egba, the Jagunmolu of Itoku and Lisa of Iwo, left much wealth behind from his many industries and investments, which his now late, but also quite famous son, Dr. Bolu Akin-Olugbade quadruple outstandingly. So he was a super wealthy dude in his own life time too.

So if death had demanded for money be it in Dollars or Pounds or Euros or Naira, it wouldn’t have been any kind of problem for the super stylish man, who once openly proclaimed to the hearing of all that he was worth in liquid cash, that could be touched and accessed immediately, not just imaginary wealth unlike many, to the tune of not less than $250 million Dollars and to buttress his point very well, without mincing any words, he went on to say that he doesn’t even owe anyone, any bank or any organisations in any part of the world, any DEBT, whatsoever!

“For example, if you have a big house in Ikoyi today, you are a billionaire in Naira, even when you do not have cash. Cash is king”, he said.
Akin-Olugbade further opined that he does not owe any bank money anywhere in the world and that most Nigerian billionaires are debtor Naira billionaires. “In fact, Forbes Magazine only publishes the share value and not the liabilities of Nigerian Dollar billionaires. In Nigeria, a company should be worth only 10 times the dividend payment and a property should be worth only 10 times the rental value,” he added.

According to the news about his sudden demise, Dr. Boluwasanmi Akin-Olugbade succumbed to the complications that arose from Covid-19 coronavirus pandemic. He had taken ill since the last week of December 2020, from boxing day December 26, after he had attended a wedding ceremony/reception, where he was the chairman of that reception.

After he had taken ill, he got admitted for treatment at Paelon Memorial Hospital Ikeja, Lagos from where was reportedly discharged last week, with them believing the worst was over already, only for him to relapse suddenly at the weekend and he was admitted at one of the isolation centers in Lagos, where he sadly gave up the ghost today, January 13, 2021.

He was 64 years old as at the time of his death and if he had tarried a little longer, he would have clocked 65 in April, as he was born on April 2, 1956. He was married for more than 2 scores now to his beloved better half Oladunni Akin-Olugbade and they have been blessed with children and grandchildren too.

The brilliant Company Law expert, who got his Doctorate degree from Cambridge University, his Masters in Law from University of California, USA and his first degree from the London University, had attended the famous King’s College Lagos and Corona School Yaba, Lagos.

His palatial homes across the world, in Dubai where owned a penthouse in the 40 storey Lake View Tower with outstanding views on both sides. His palatial Los Angeles 5-bedroom home in Westwood, Beverly Hills, his St. John’s Wood home and the badass Hampstead 5 bedroom country home are all statement pieces any wealthy person would have loved to own and where at least a Rolls Royce is parked in the garages of all the places he called home. His Aare Onakankanfo Palace in Abeokuta Ogun State leaves most people speechless. As per both the interior and exterior.

His exceptional love for Rolls Royce began in 1984, when he bought his first one by himself from profit he made from a good venture. By 2019 he had gotten his 10th Rolls Royce when his Rolls Royce Cullihan was delivered amongst the first roll out from their famous factory.

He would be missed by all.

UPDATE ON THE CHIEF WILLY AMADI’S SEXTAPE MESS SCANDAL! THERE WERE ACTUALLY 2 MEN INSTEAD OF 2 LADIES!!!
WHEN KIKA ‘GOODHAIR LTD’ OSUNDE TOOK (OR IS STILL TAKING) ACCRA GHANA
Comment