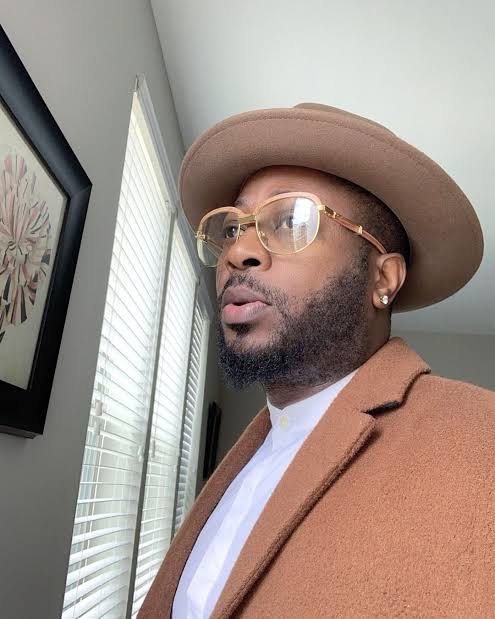 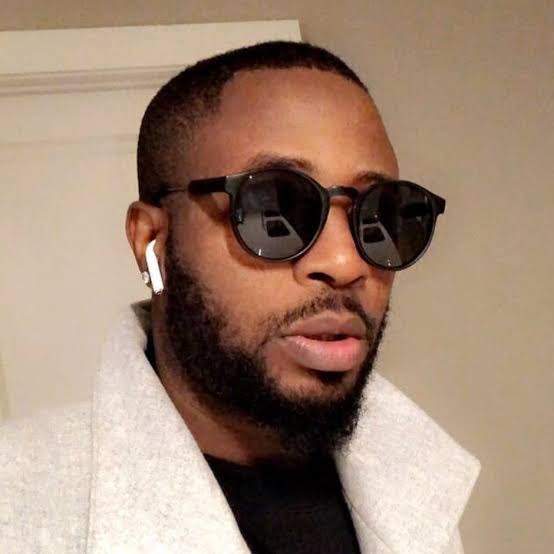 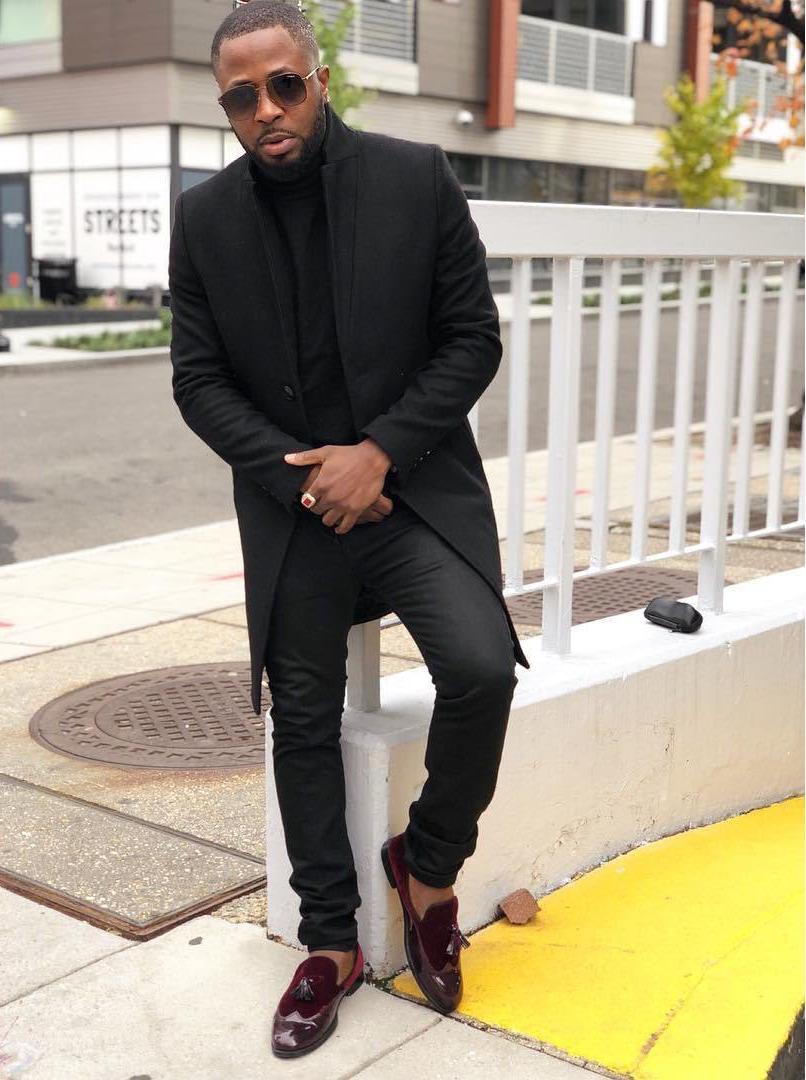 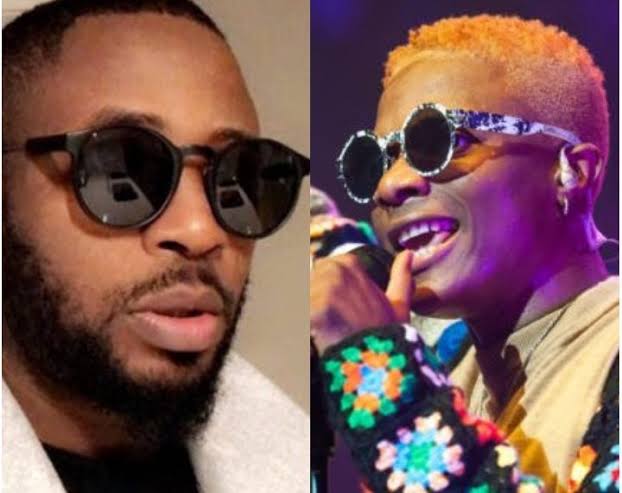 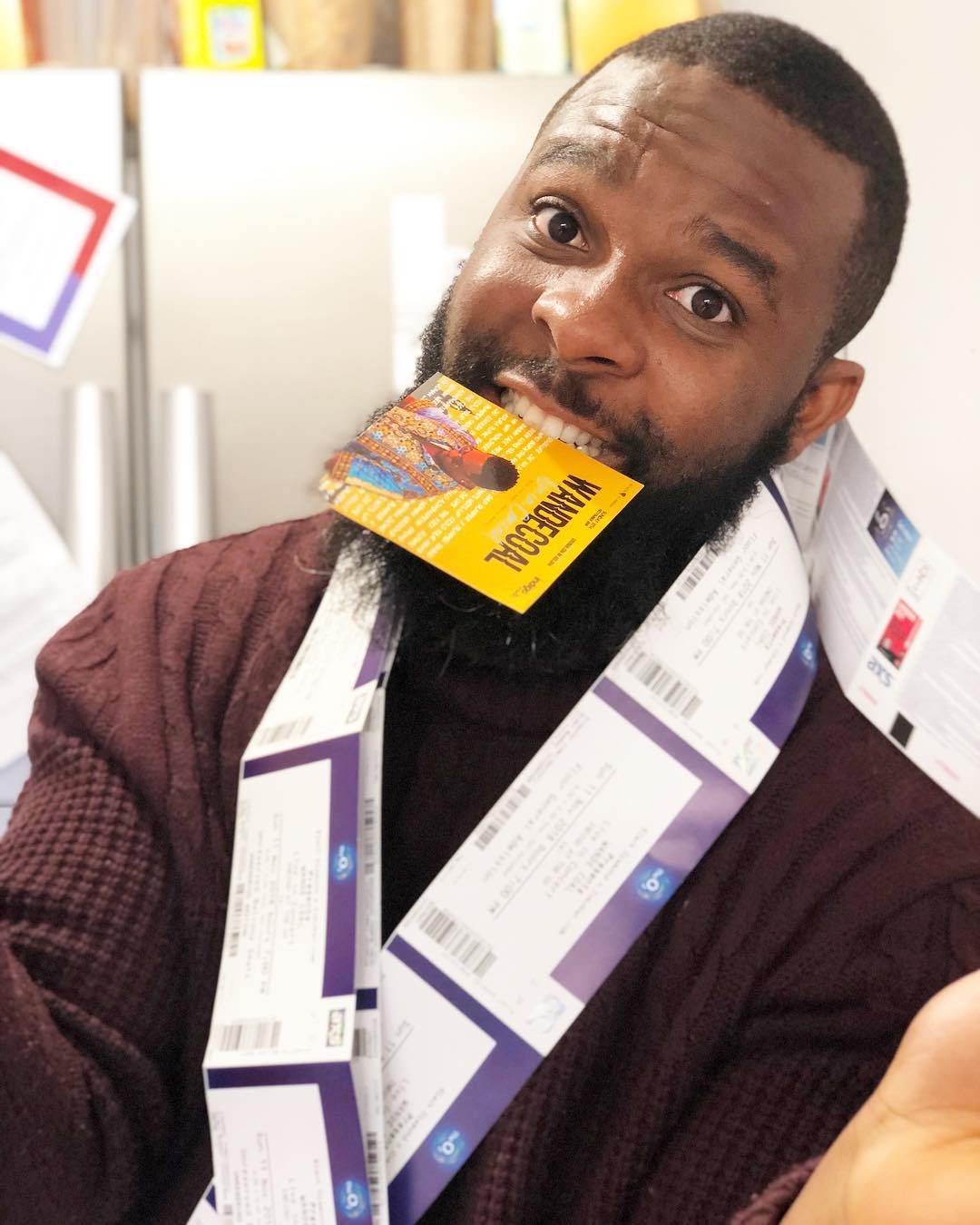 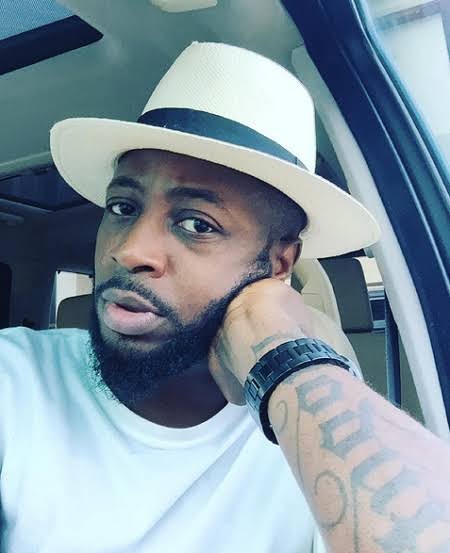 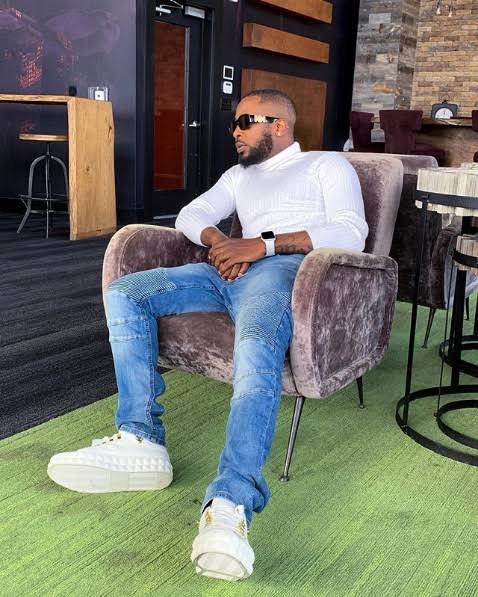 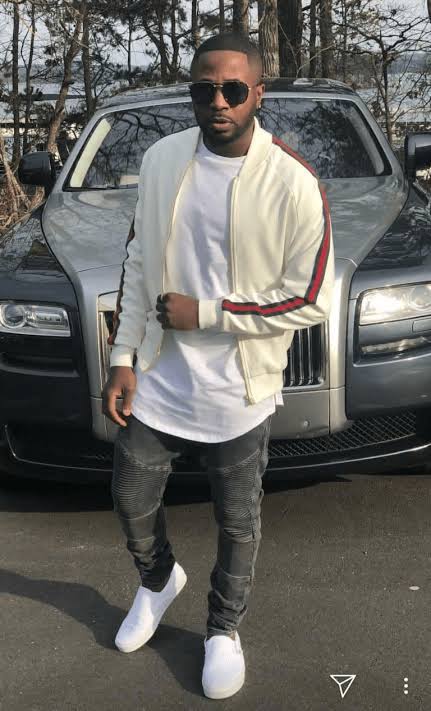 He recently came back on INSTAGRAM with a massive bang after the social media platform had yanked him off and stopped his former page, said to have had fans in excess of 2million followers. Reason for why INSTAGRAM which also owns Facebook did it was given as a violation of their Community Guidelines. Apparently many had reported his account and the social media platform may have thought the points raised by those who reported were very valid.

Truth be told, Tunde Ednut’s page was super popular and those who follow him loved him to a fault. He is considered to be fun, straight shooting and unrepentantly hard nosed, not caring whose ox is gored as he tears apart those he goes after.

Just as much as he had a cult like following of fans, who saw or see no wrong in him, he also stepped on many toes and made mortal enemies, who could or would have turned him to shreds if it were possible. His battles with many on his page were legendary. They were like many no holds barred matches or those no escape caged fights or those bare-knuckled street fights, where anything could go. Revelations were made and secrets exposed. But all of the things were to the delight of those who followed him, both fans and supposed enemies alike.

So for flouting what they considered as the rule of their community, INSTAGRAM used the mighty sledge-hammer like Thor (Sango) to bring down the popular house that the former musician had painstakingly built, very steadily and consistently over the years. He had built it from the foundation up to where it had become one of the must go to, popular entertainment platforms on the social media. Then just at the height of it, when he was enjoying the status of a so called king, when he was cruising in his imaginary castle in the air, flying about hpin his imaginary Gulfstream, riding in his dreamlike G-Wagon, then boom 💣! the ladder was removed without a care or forewarning and he came crashing down to stark reality!

Many of his friends-Don Jazzy, Sexy Steel and fans and others fought for him and showed him love, with a major campaign for him so that INSTAGRAM would release his page! There were too many stars/celebrities and fans too numerous to mention that championed the cause for him to be reinstated. But when INSTAGRAM didn’t or refused to budge, like a trooper that he is, he decided to start anew, to build a new page (house) with as many followers as possible in a shortwhile, as fast as possible.

So the new page opened to what can be classified as the maddest fanfare possible! 💣 💣 💣. Tunde himself gloated in it, he was on a powerful, 2nd missionary journey or so he thought. Releasing some of the maddest pictures possible on his page. There was the particular one in his badass fur jacket, wearing his sunshades with much aplomb and those immaculate white trainers, strutting gallantly with utter abandon on the street, like he had just won a multimillion dollars lottery and that the world belonged to him. You would have thought this was the return of Abija, like that proverbial ram that did a reverse back very well to go gain, massive and unprecedented momentum to lead a charge that would be a killer! His killer instinct was apparent, he wasn’t going to let sleeping dogs lie! He even immediately organised a competition on his page, where he gave the shocked winner a whooping N1million Naira. He then promised to give a car next to a possible lucky winner when he hits 2m followers. There was palpable excitement in the air. All looked good, great and awesome.

He wanted to make the 1 million followers very quickly, very fast. Maybe as a strong direct statement to all his naysayers that had gloated when he was down, that they just couldn’t stop him! A whole Akaraogun!!!!

But alas, just after he had cross the 1million mark, maybe he did it as one of the fastest to have performed the unprecedented feat, INSTAGRAM again like an uncompromising hard-nosed judge came again and gbam! Removed the seat off his ass the 2nd time just as he was luxuriating like Nebuchadnezzar, who at his highest point his peak of power, his acme of reign, looked admiringly at his kingdom and his vast wealth and all he ruled over and all his achievements and gbam! For the 2nd time, he has been suspended! Has he violated the platform’s community rules and regulations again? It seems he has flagrantly done so.

Even if he did it ignorantly nko?

In law, ignorance is not never an excuse neither is it an option. For now though it is 2-0 for INSTAGRAM against the social media influencer who abhors being referred to as a blogger! And who made crazy money from being a social media influencer. One of the highest paid in Nigeria and from Nigeria for that matter.

What could he have done so soon again?
What is he doing to attract the hammer?
What must he do to overcome it?
Are his naysayers so powerful enough to continue to deal with him again and again?

It is claimed that a popular comedian Mr. Macaroni had advised him to be more humble (nice with his words) on this his now shortlived 2nd missionary journey, but instead he had blocked the dude and removed him from his list. Could unrepentant and ill timed arrogance be one of his albatrosses? One thing you can’t take away from him is his large heart as a giver. Maybe that’s why his fans love him to heaven and back.

Could it have been an avalanche of negative feedbacks or reports against him that had gotten him the red cards? What does it mean you anonymously reported Tunde Ednut for spam?

What have the likes of Wizkid or better still his fans, Joro Olumofin, Speed Darlington, Samklef, Oyemyke, Zubby Michael, Bobrisky, Simi, Kemi Olunloyo, Tacha, Erica & loads others have to do with the suspension of Tunde Ednut from INSTAGRAM?

Would there be a 3rd, 4th, 5th or more rising, like the phoenix?

CONTRARY TO THE STORY ABOUT HER PACKING OUT OF HER MATRIMONIAL HOME & INSTITUTING DIVORCE PROCEEDINGS AGAINST HER HUSBAND MRS.HAUWA NURU ADAMU DEBUNKS THE TALES BY MOONLIGHT. ALL IS A LIE AS MADAM IS DIGGING IN DEEP
BE WELL WARNED COVID-19 CORONAVIRUS PANDEMIC IS VERY REAL. IDH YABA IS PACKED TO THE RAFTERS. AS A BUDDING ACTRESS SUCCUMBS TO THE PANDEMIC WITH HER FRIEND ACCUSING YABA OF GROSS INEPTITUDE!
Comment