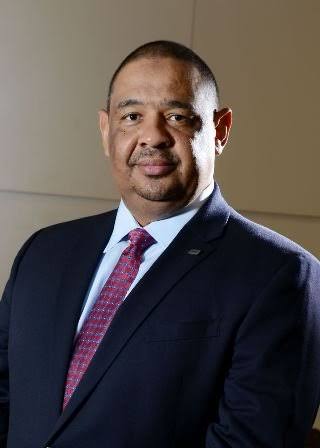 It would take a long while for the clouds that have gathered over this monumental scandal (paternity mess) to clear away, but like it is said time heals all wounds. Though the major actors- Moyo Thomas & Adamu Nuru in the badly directed soap opera have tried their best to make their half-hearted defenses, it’s obvious that most of what they have had to say are clearly half truths. The deed is already done though and cannot be undone no more, only that some sort of relief could be gotten somehow, but that also wouldn’t wake the dead. But life must go on. One thing though that we are sure of, at least more than 50% sure of is that, it’s highly unlikely that Adamu Nuru would return back as the MD/CEO of FCMB. But if he does comeback from his forced leave, it would most definitely be one of the greatest miracles of the year!

So contrary to the story that’s flying about that Adamu Nuru’s loving wife, Mrs. Hauwa Adamu Nuru out of anger and ensuing embarrassment from her husband’s so called shenanigans may have left him and then started divorce proceedings, it is learnt that, the supposedly troubled marriage is still very intact though snared unnecessarily by the scandalous mess! Just imagine the unnecessary scrutiny and Co.

Apparently according to those peddling the rumours, the Moyo’s scandal or mess is not the first that madam has had to face or deal with, so why would she then pack her things to go  where and for what? She would leave all that she has built and sacrificed for to go where?

Apparently her so called trip to the US, same country where Moyo and her kids are, may have been just to allow for the mess to blow over as the calls and the messages from well wishers and those who meant well may have been overwhelming. Also the unnecessary scrutiny may have become too much and in fact unbearable.

According to the findings, Mrs. Hauwa Adamu Nuru is actually a few years older than her husband and she loves him to bits, even with all his supposed obvious warts and more.

With this expose on Adamu Nuru though, it’s obvious that all his well laid career path for the future, which he had nurtured painstakingly over the decades and which may have had an envisaged end point maybe in politics or even as the chief helmsman in charge of all financial institutions in the country, may have been disrupted abruptly now and just because of this unpalatable mess and the supposed penchant to want to always taste another honey pot.

Madam, that is Mrs. Hauwa Adamu Nuru has finally broken her silence and responded very strongly to the stories that she has packed out of the house and wants to leave her husband finally

“Following several calls from well-meaning family members and friends over a malicious publication and deliberate falsehood that I have packed out of my matrimonial home, I want to clarify for the avoidance of doubt that I am still very much with my husband.

This fake news was published by an online newspaper in a calculated attempt to further demonize my beloved husband and a loving father.

Let me reiterate that at no time did I contemplate leaving my matrimonial home or filing for divorce as no grounds exist for such. I really have no idea where this is coming from.

While I owe a debt of gratitude to all those who have genuinely expressed concern about the fabricated story of moving out of my matrimonial home, let me appeal to the media to abide by the ethics of their profession and avoid the pitfall of rumormongering and sensational reporting.

There is no truth to the tale whatsoever. I will not be responding to any further comments made by persons who obviously have an agenda whatever it may be”.

Heirs Holdings Significantly Expands Oil and Gas Portfolio
NOT THE BEST OF TIME FOR SOCIAL MEDIA SENSATION/INFLUENCER TUNDE EDNUT AS INSTAGRAM HALTS HIS PROGRESS ON HIS 2ND MISSIONARY JOURNEY! WOULD THERE BE A 3RD OR MORE?
Comment