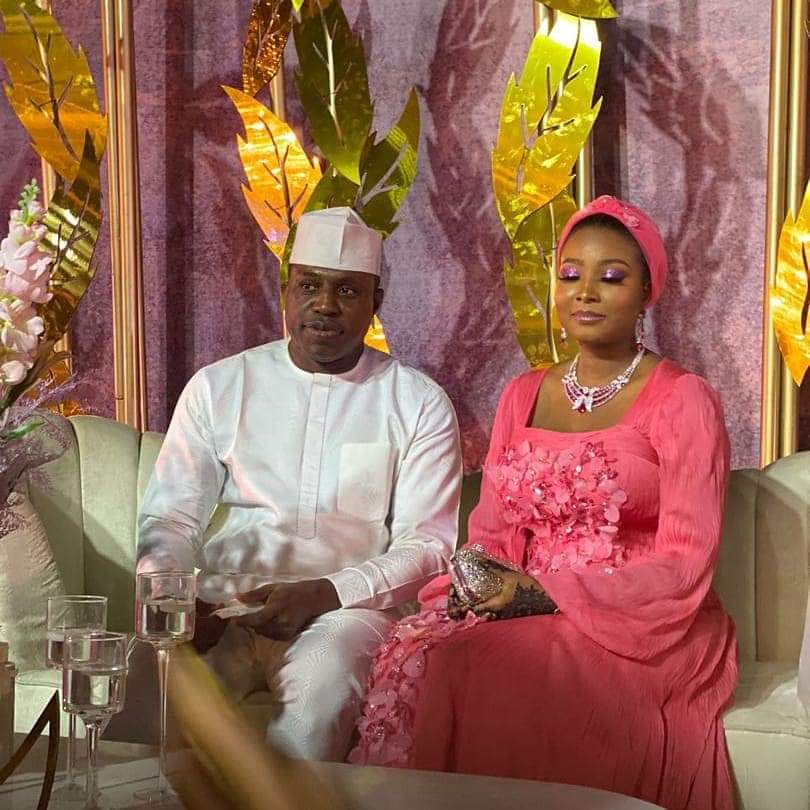 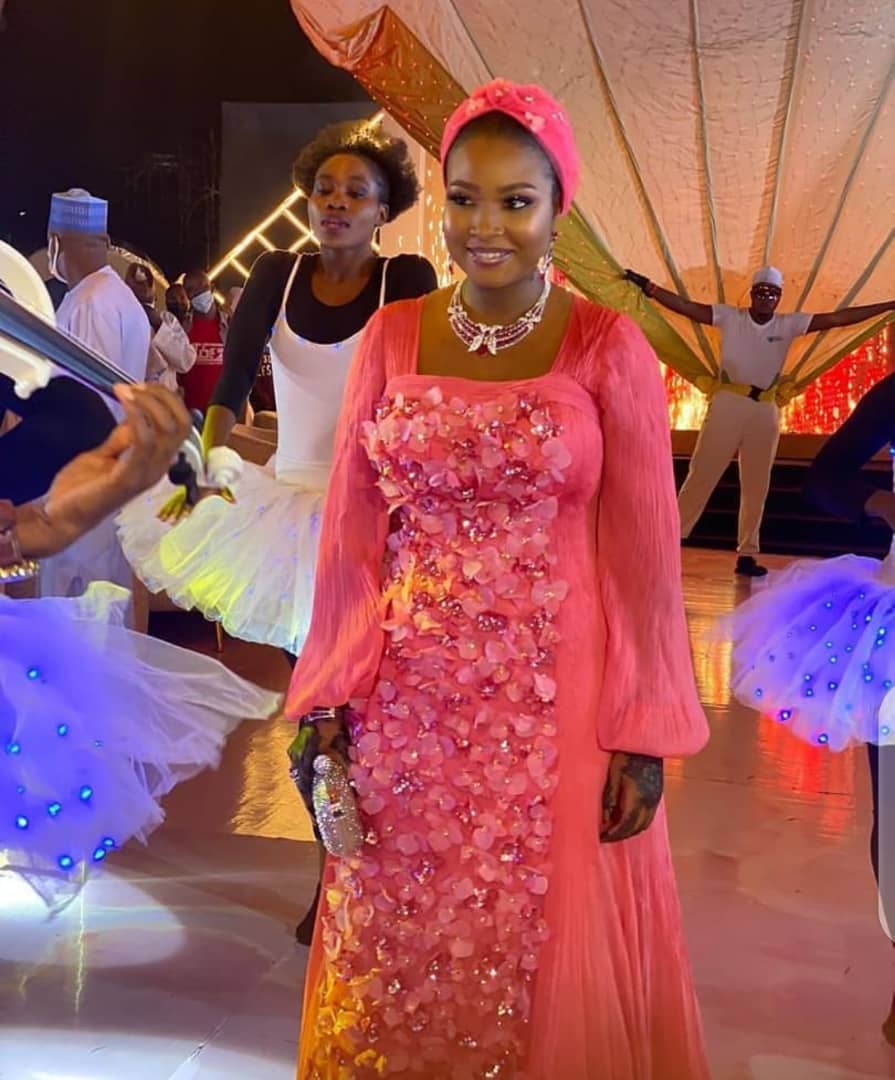 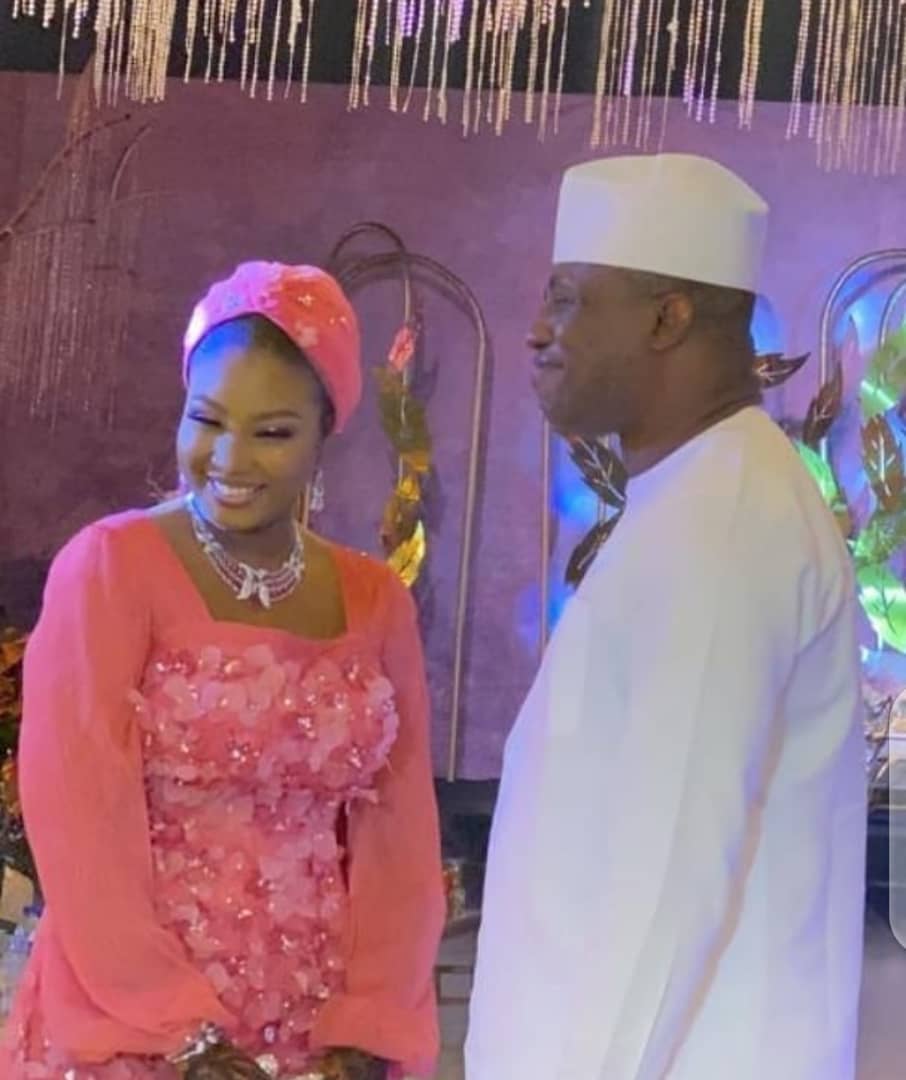 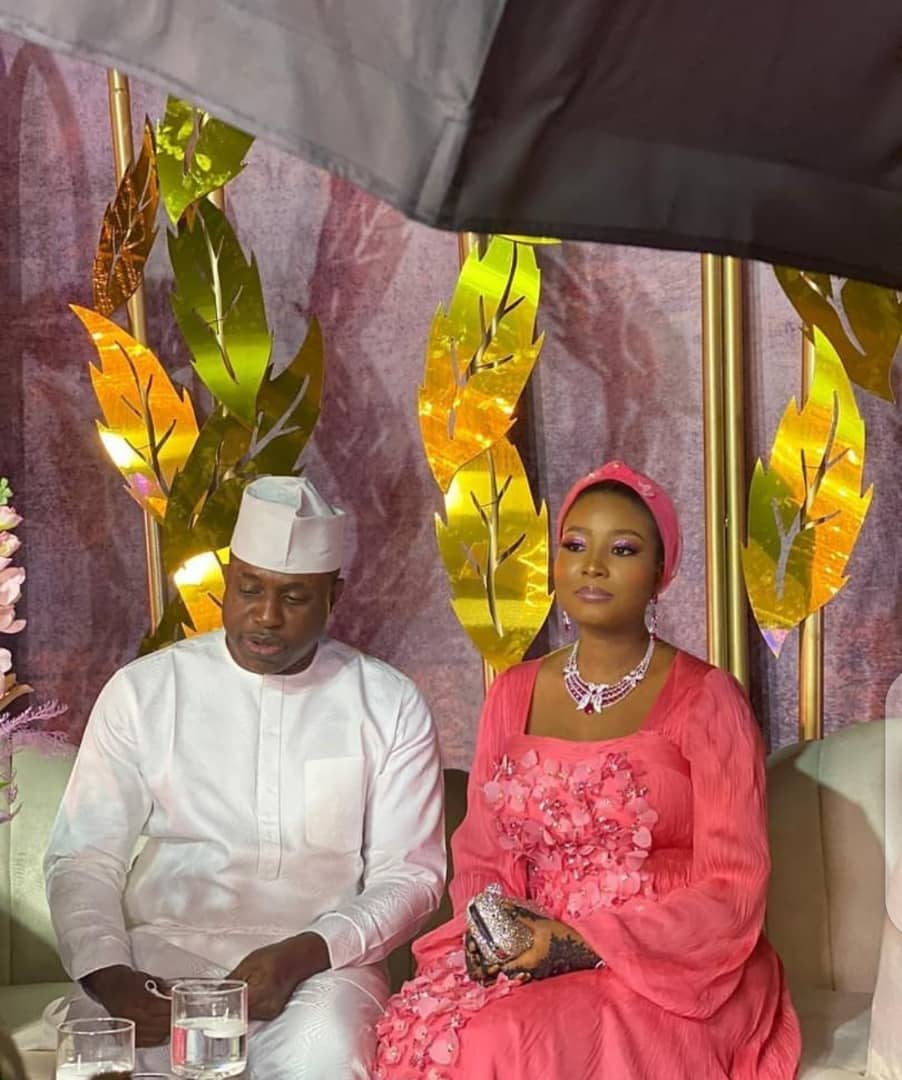 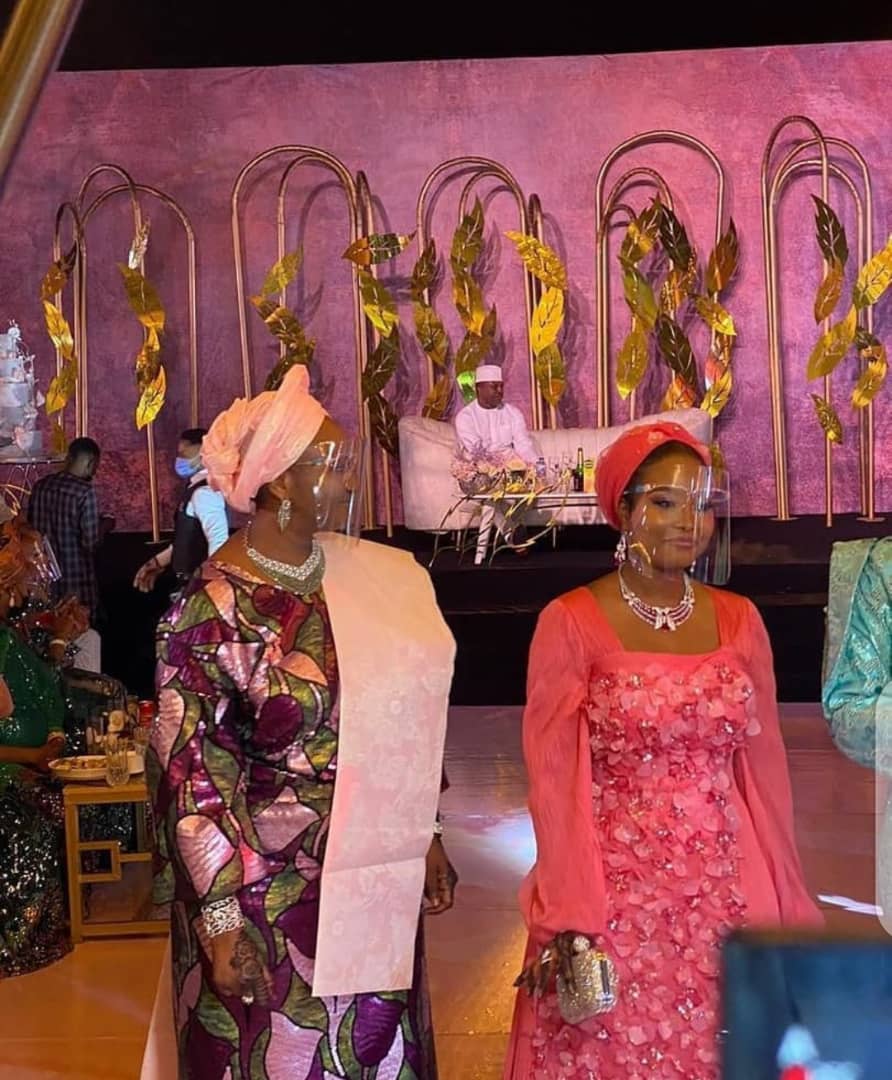 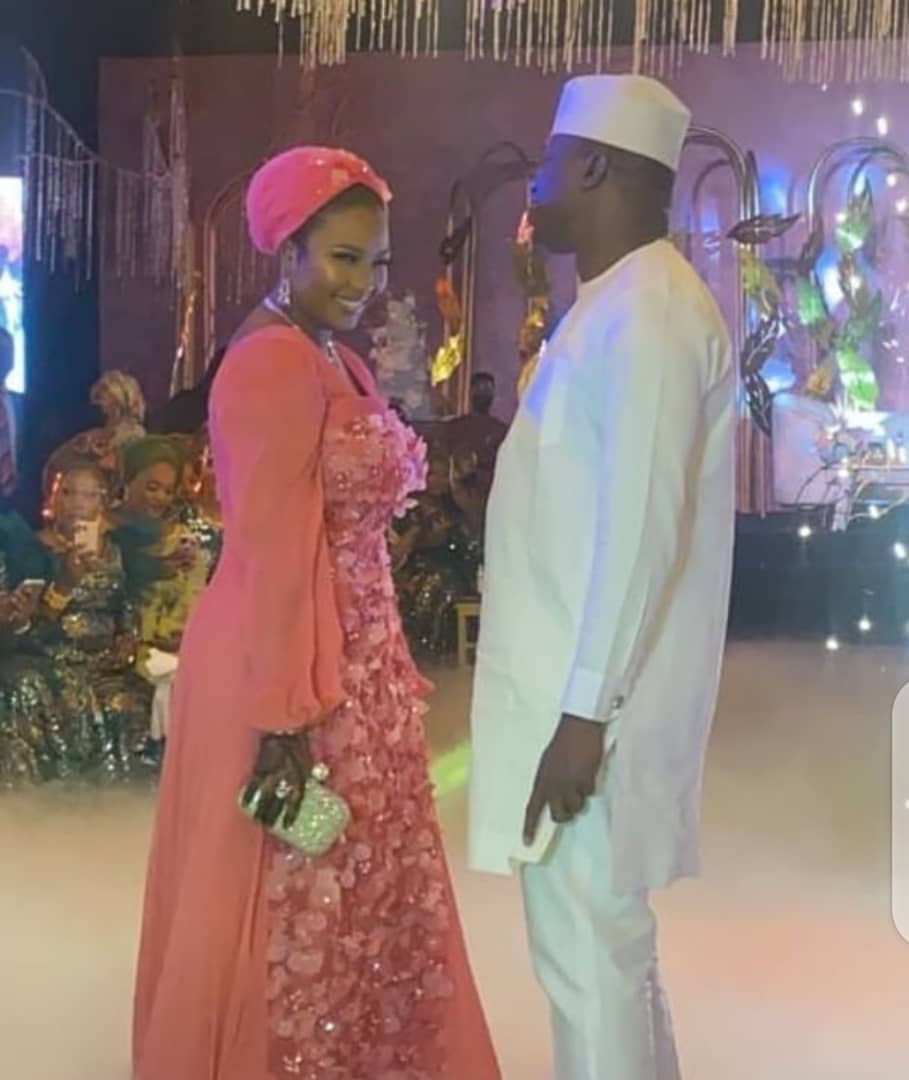 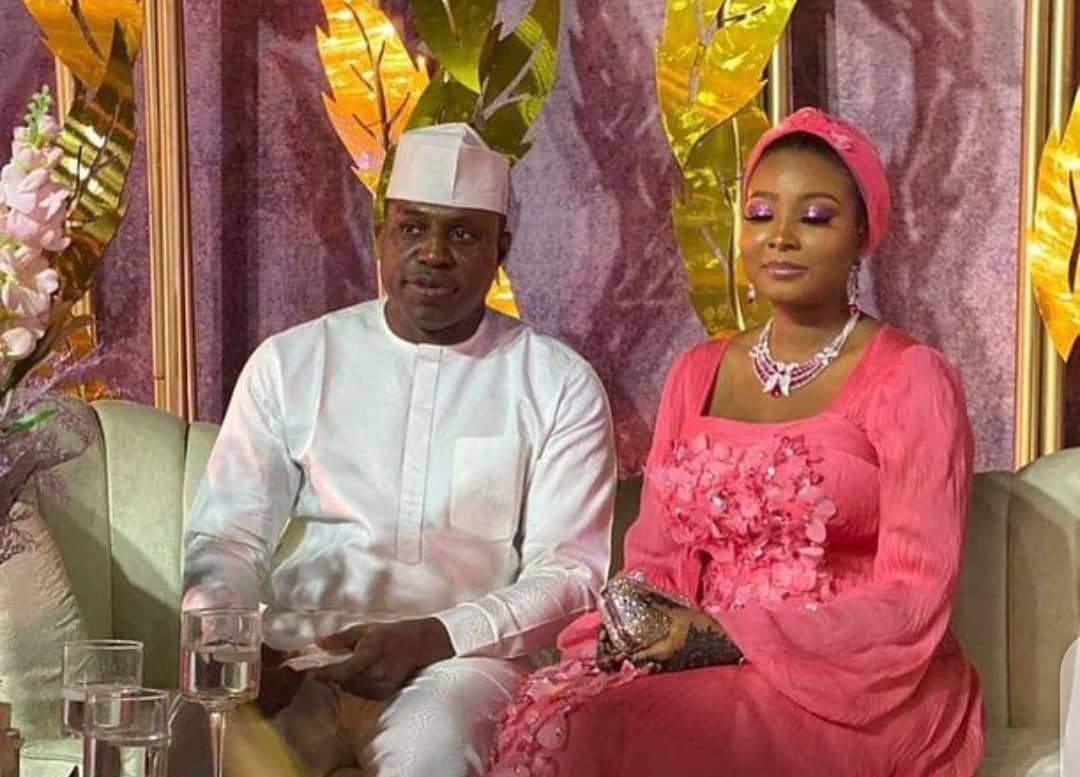 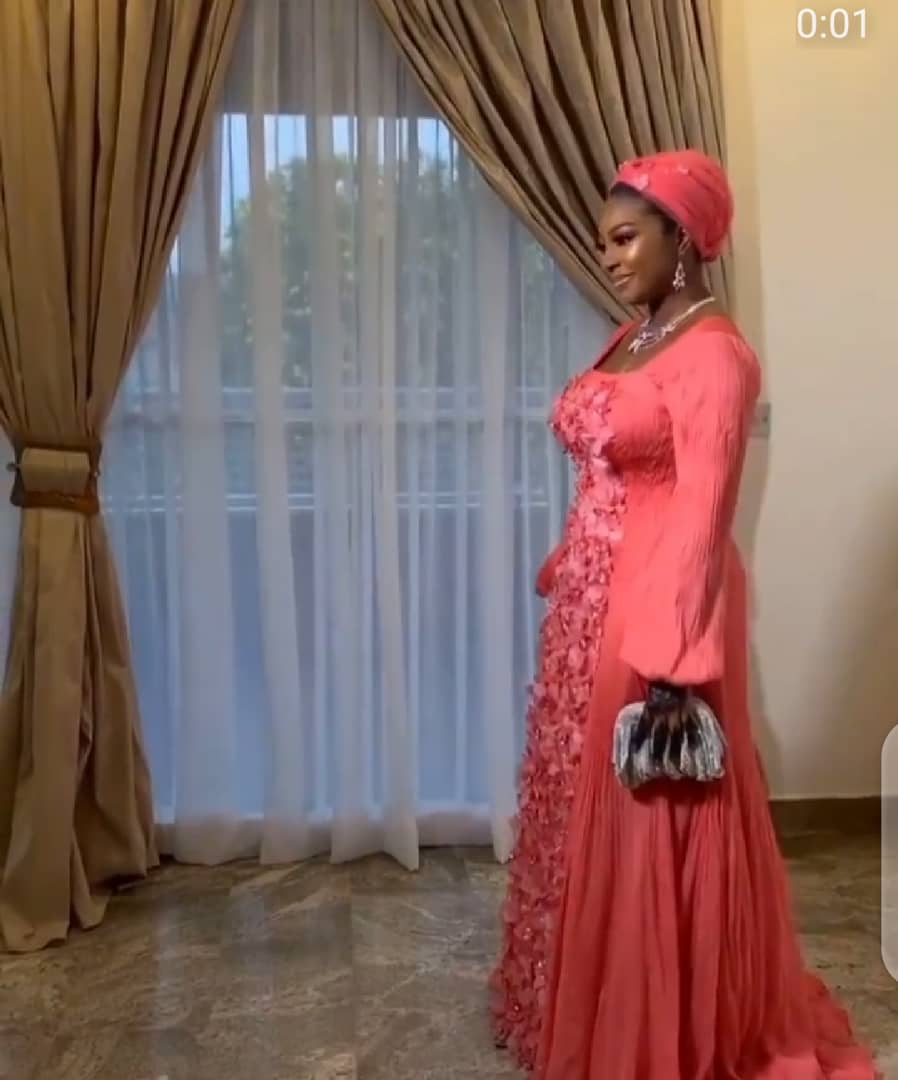 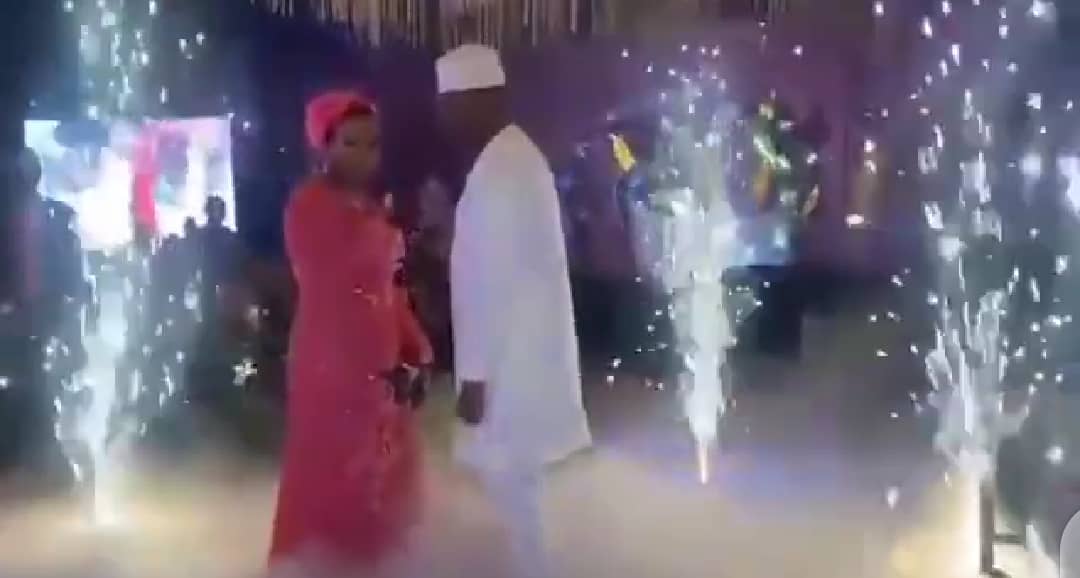 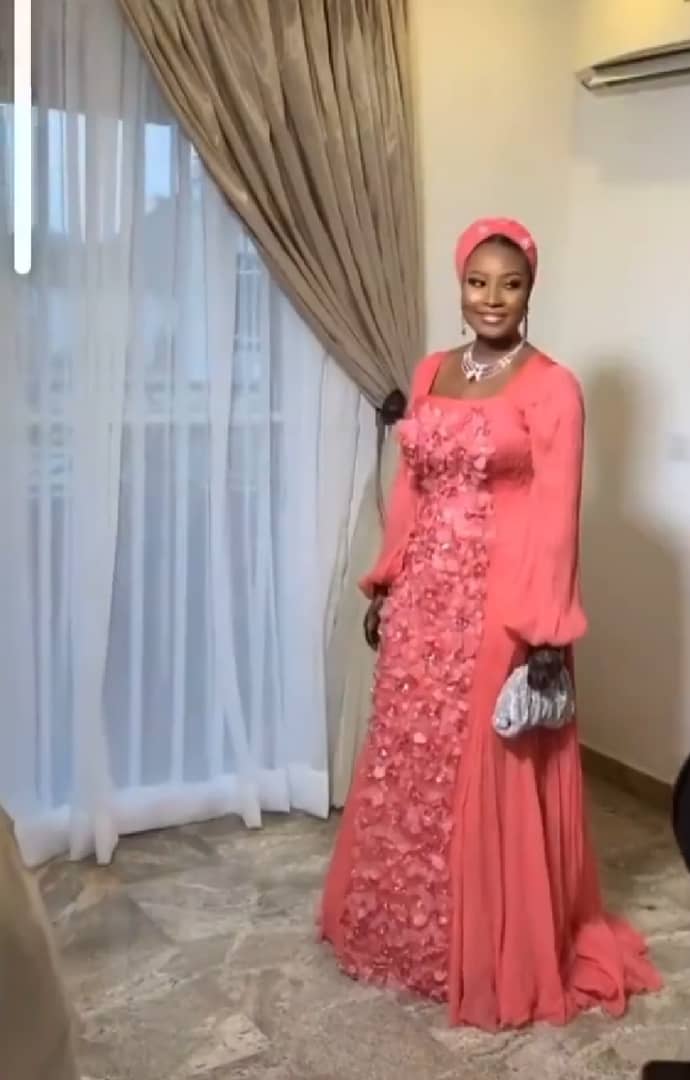 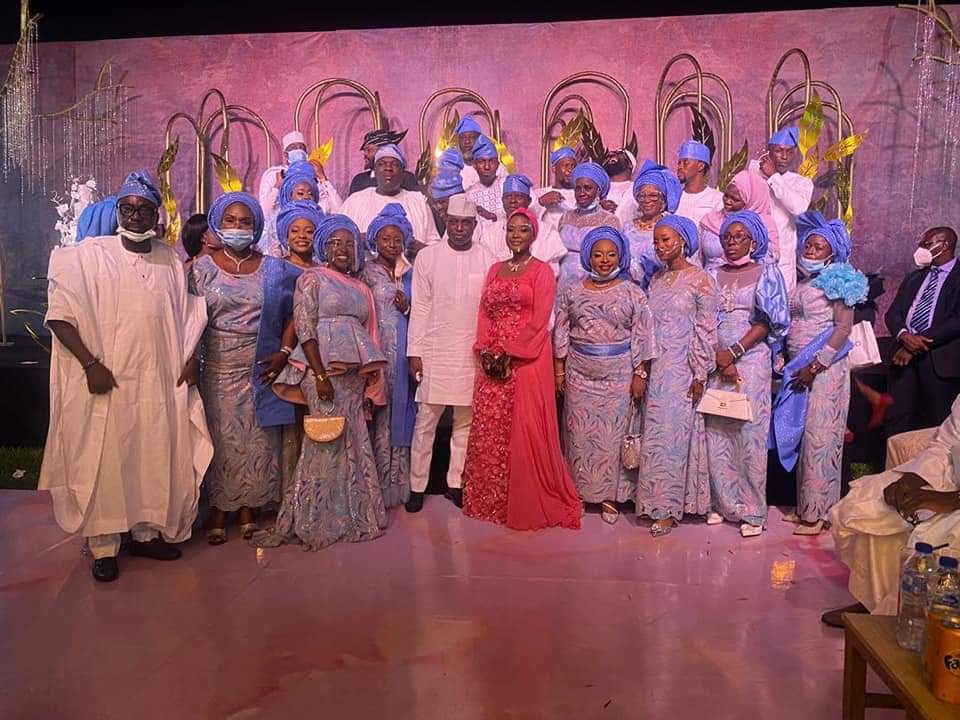 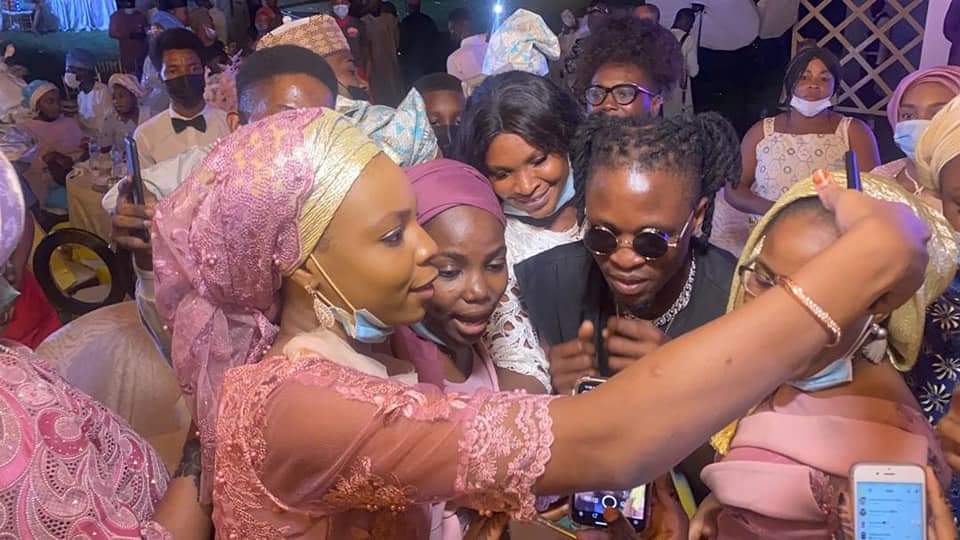 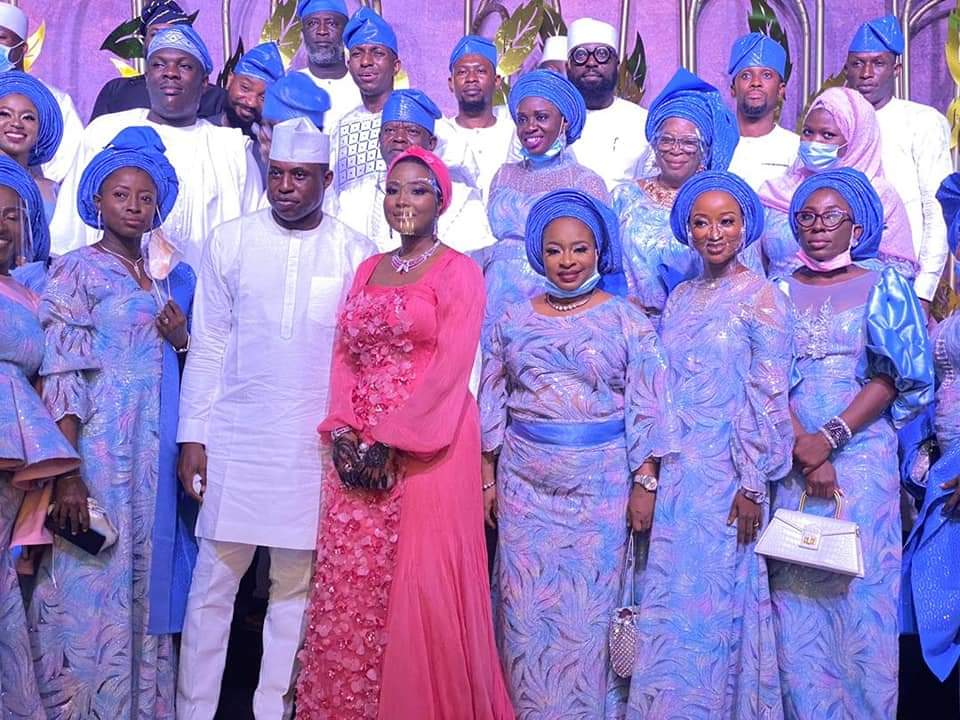 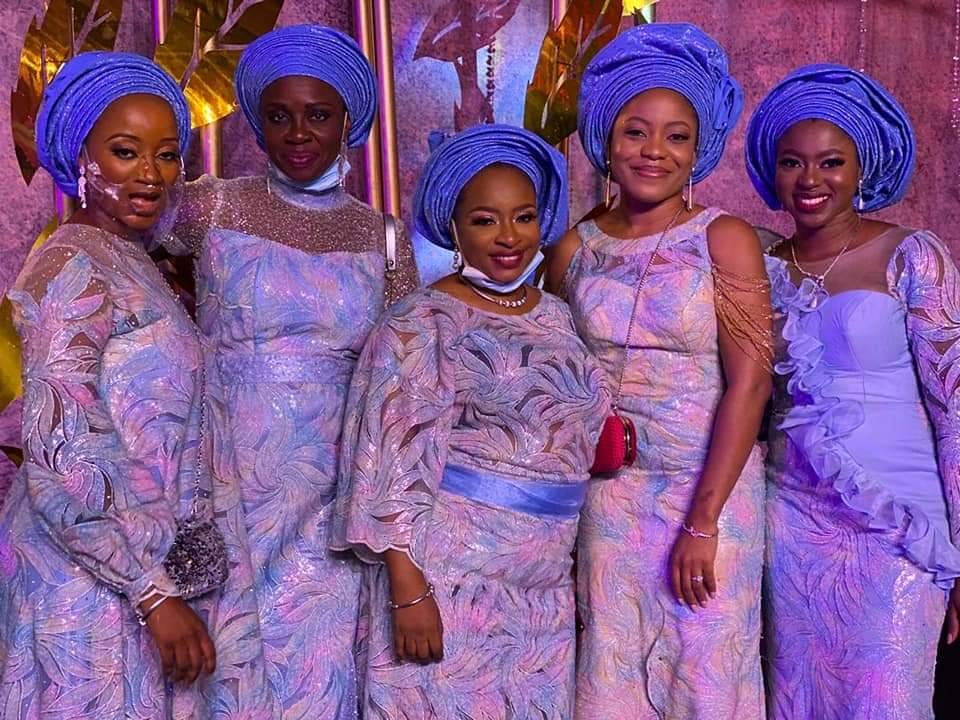 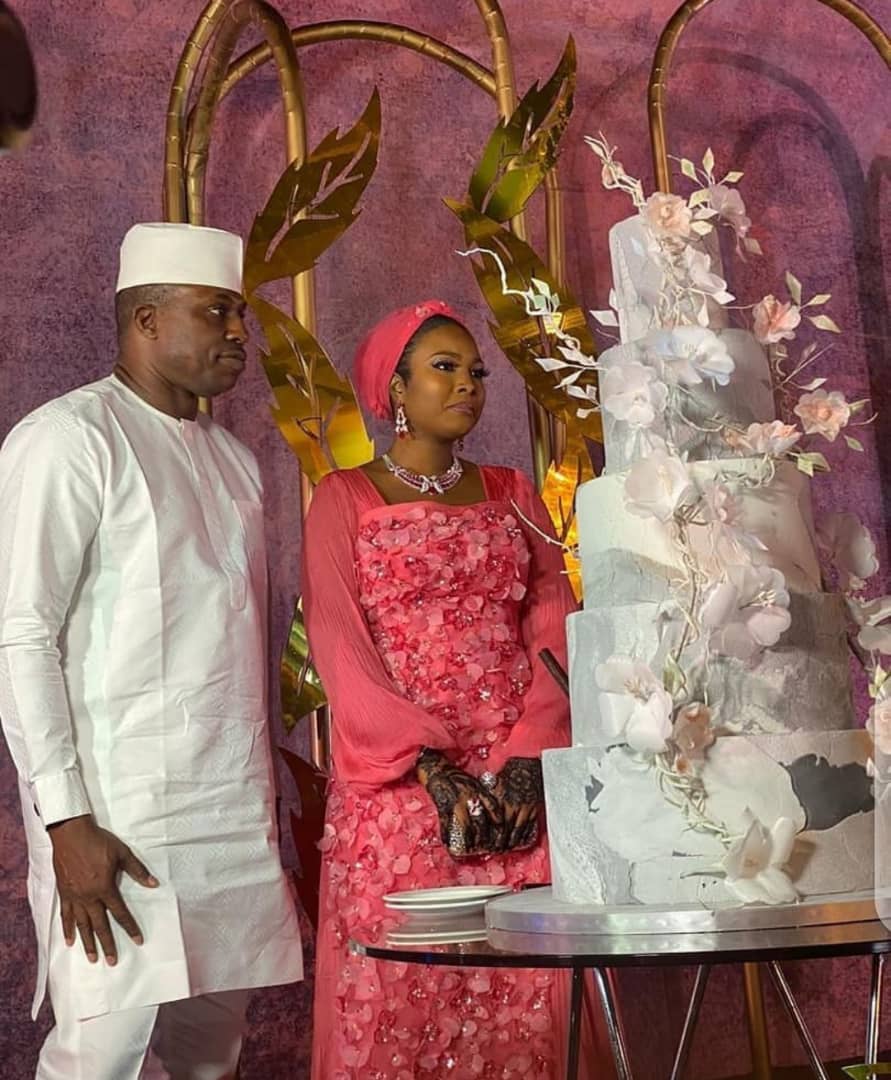 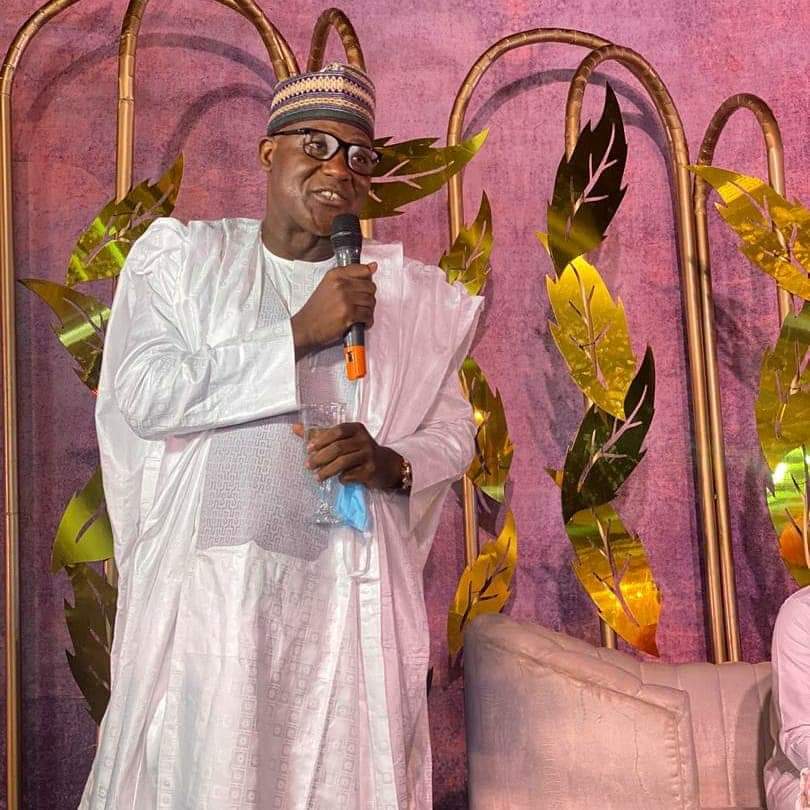 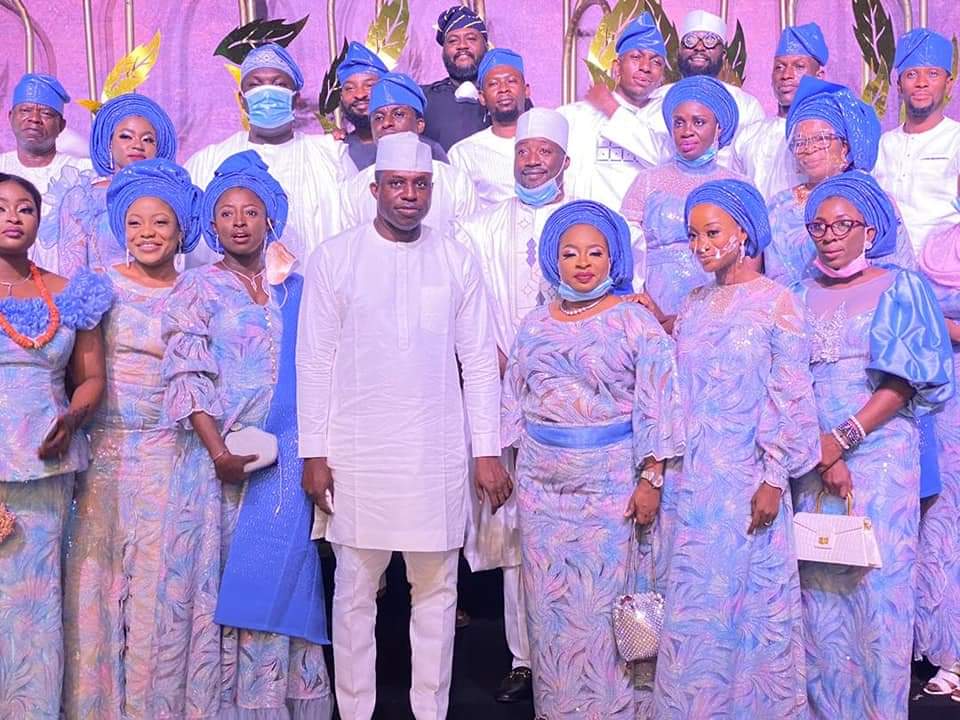 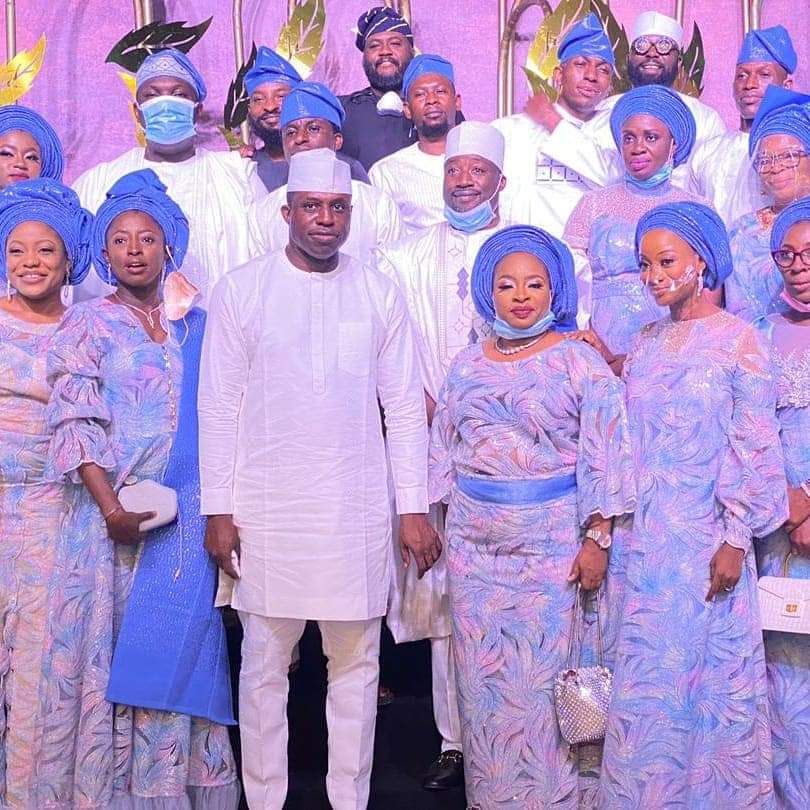 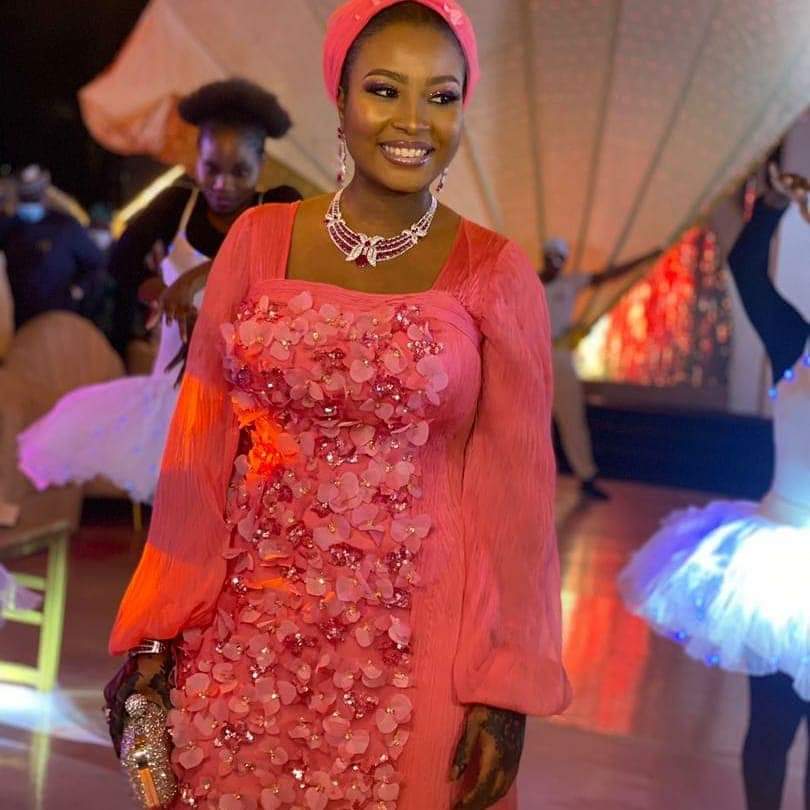 It was a ceremony where the much vaunted Covid-19 Coronavirus protocols were thrown to the dogs.

Maybe this marriage and the noise about it, is the beginning of his resurgence again or better still political resurrection after a dwindled political career, which saw him become the 4th man in rank in the whole of Nigeria at a very young age as the Speaker of the Federal House of Representatives a few years back.

He had tried very much after rising to such enviable political eminence/relevance to become the executive Governor of Ogun State after many attempt, but to no avail. So with his tail between his legs, he had receded into his political cocoon in a near total irrelevance.

Until the news came out recently that he was going to marry again, to give the beautiful institution another trial, much was not heard about him. But with the news that cupid 💘 had shot his love drenched arrows into his heart and he had found a suitable partner again in the daughter of Alhaji Atiku Bagudu, the current Governor of Kebbi State, in person of the gorgeous damsel by name Aisha Seidu his stock immediately blew up again. Is this a political arrangemen or is it love that has completely swept the duo of their feet? We don’t know yet, but all we can say is that love seemed to have filled the heart of the former speaker again.

So the ceremony held many hours ago in Abuja, the FCT and from the pictures we have seen, it was obvious that they surely don’t believe that Covid-19 Coronavirus pandemic exists. There were no masks whatsoever neither was there social distancing.

Yes agreed that the ‘wedding fatiha’ may not have been as grossly elaborate or as jam-packed, a jamboree (with so many guests) as it should normally be, because of the caliber of those being wedded, but then even with the greatly reduced numbers of those that attended, the covid-19 protocols- like wearing of masks, social distancing were largely thrown into the dustbin. And deliberately so it seem.

Anyways though, from all the indications, it was though a ‘controlled’ (with a limited number of guests hmmmmm) but still quite lavish ceremony.

The introduction was said to have been a low key event. The ‘Governor of Sokoto State’, his excellency Alhaji Aminu Tambuwal of PDP led the groom’s family to seek the hand of Aisha in marriage, Aisha’s dad- Alhaji Bagudu is actually strong APC as the leader of the APC Governor’s Forum, same position Alhaji Aminu Tambuwal holds in the opposition party- the PDP. So this marriage is actually like a merging of the APC & the PDP.

Here are some of the pictures of the occasion, which had the Big Brother 2020 winner Laycon.Timi Dakolo and Joeboy on the bandstand. The close proximity of those that didn’t wear the mask while not social distancing was unbelievable!

Happy married life to the newly weds. For the former speaker it’s his 2nd missionary journey as he had divorced his first wife in 2017, thereby becoming a much sort after eligible bachelor,