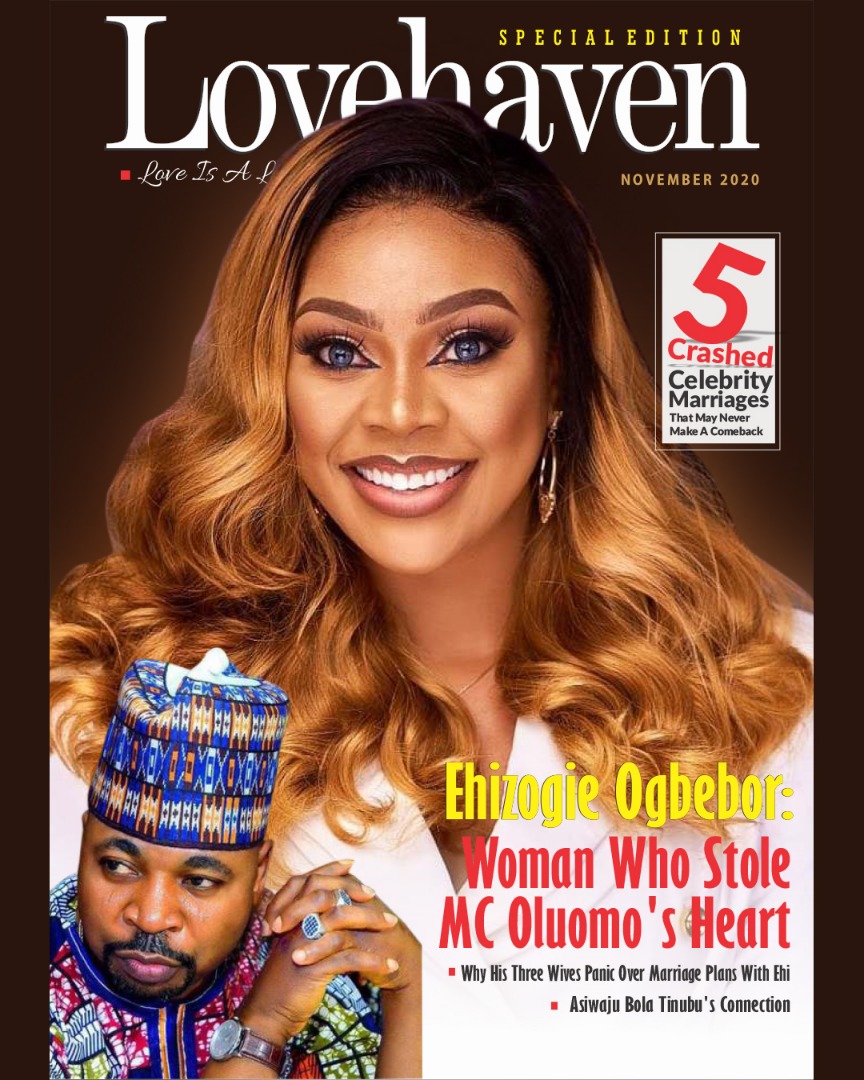 So late last year-December of 2020 to be more precise, our very humble and quite kind-hearted colleague, a tthoroug-bred professional, in fact a Punch Newspaper trained journalist for that matter, who now owns the self named (eponymous) brand Kemi Ashefon-Love Haven & Owambe Vibes had come across a major expose, when she revealed or better still exposed the then developing ‘clandestine love affair’ on going between the supremely popular and filthy rich (billionaire in Naira for that matter) boss (chairman) of the ‘National Union of Road Transport Workers (NURTW), Lagos chapter’ by name Musiliu Akinsanya but more popular called MC Oluomo by his admirers and enemies alike and the incredibly gorgeous & supremely stylish boss of Sayaveth Interiors & Hotels, in the person of the exquisite, financially solid Ehi Ogbebor. It was one relationship that many didn’t think happen. MC Oluomo and Ehi Ogbebor???? But love like they say is stupidly blind and how cupid’s love drenched arrows affects people cannot be predicted anyway.

So for daring to do her job very well, in fact to the best of her abilities, something she was well trained for and which she excelled at; something that is in fact not against the law in anyway or manner, believing in that time honoured truism that ‘a goldfish has no hiding place’, so she wrote about the love affair between this duo. And for just that she was picked up under the very instructions of MC Oluomo by the Nigerian Police and subjected to unfair interrogation. Their pretext for her arrest, which the police tagged stylishly as an ‘invitation’, mind you, it wasn’t that she was invited before and that she had refused such invitation, but then plain-clothed policemen from nowhere, just came to her domain and commanded her to follow them to their station, just like that like a criminal that had been on the run before!

Just imagine what could have happened if she had refused and resisted? And such emotional harassment in a state like (Lagos) and a country (Nigeria), that says it supports ‘freedom of speech’ (free expression) as long, as it’s not deliberately injurious to any one or mischievous.

The victim is a respected journalist for that matter, a mother, a citizen of Nigeria, one without any criminal records of any kind whatsoever. And she just got picked up like a common criminal 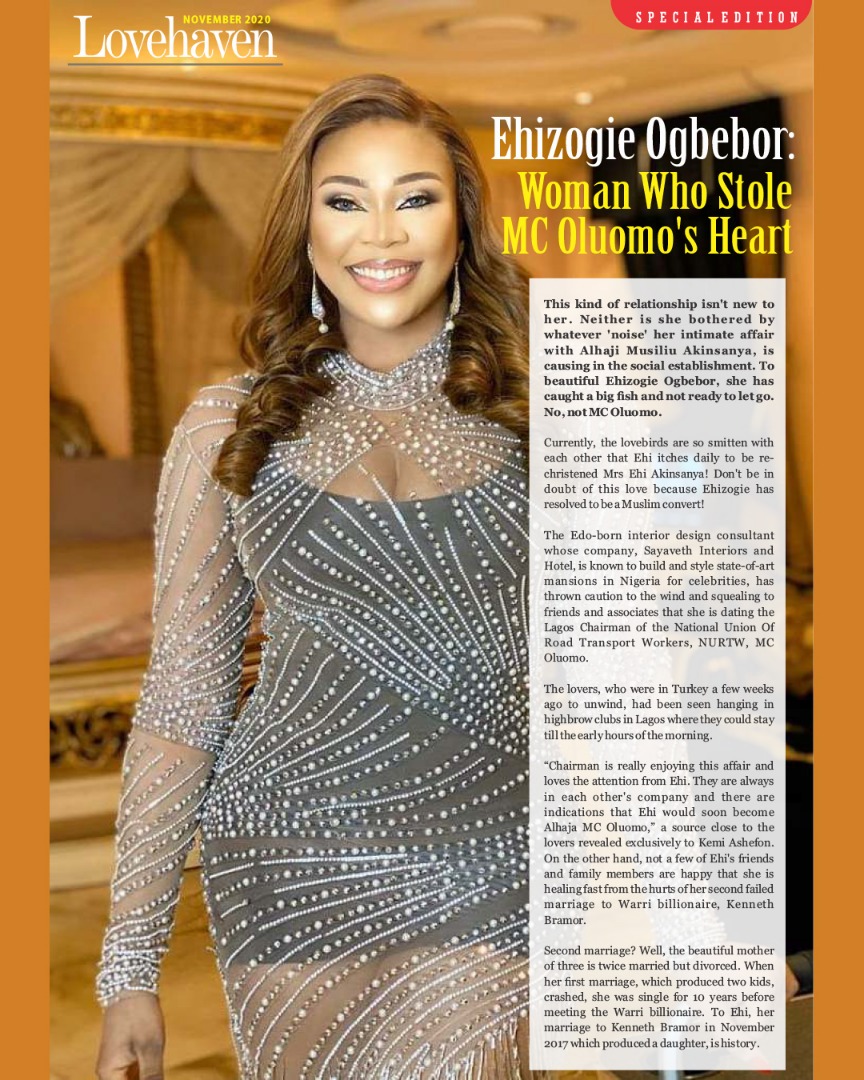 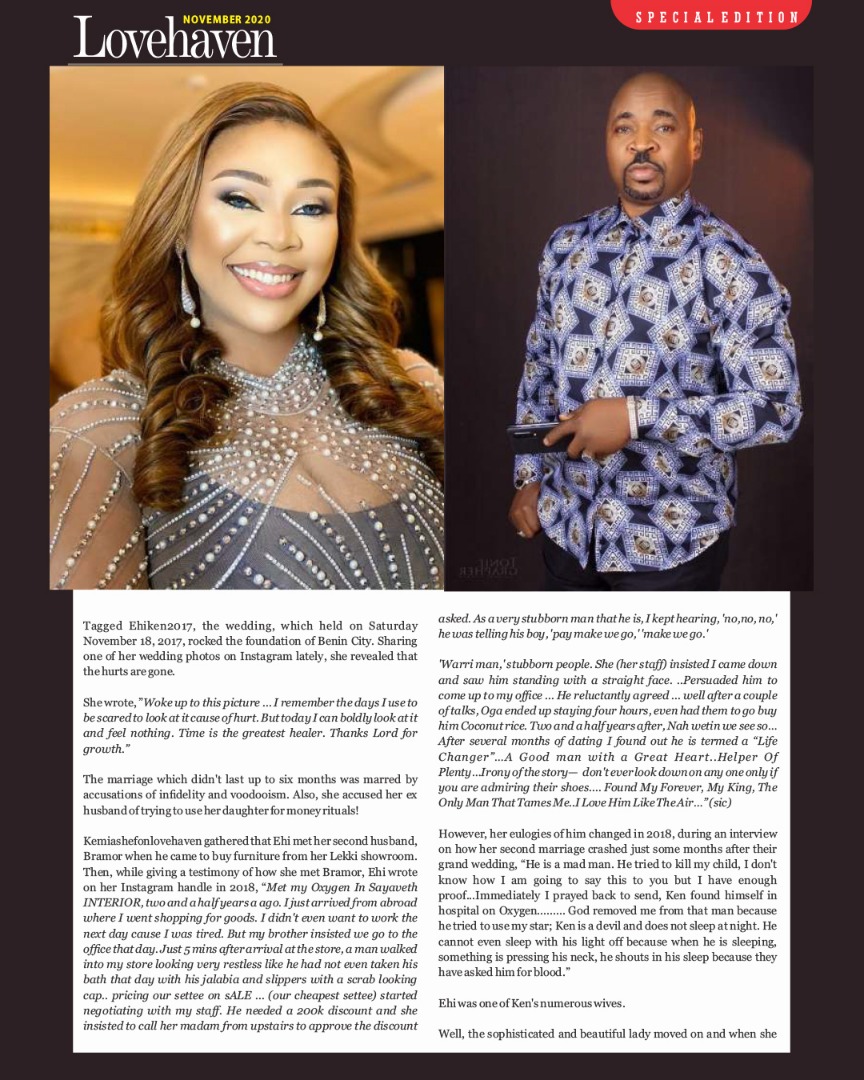 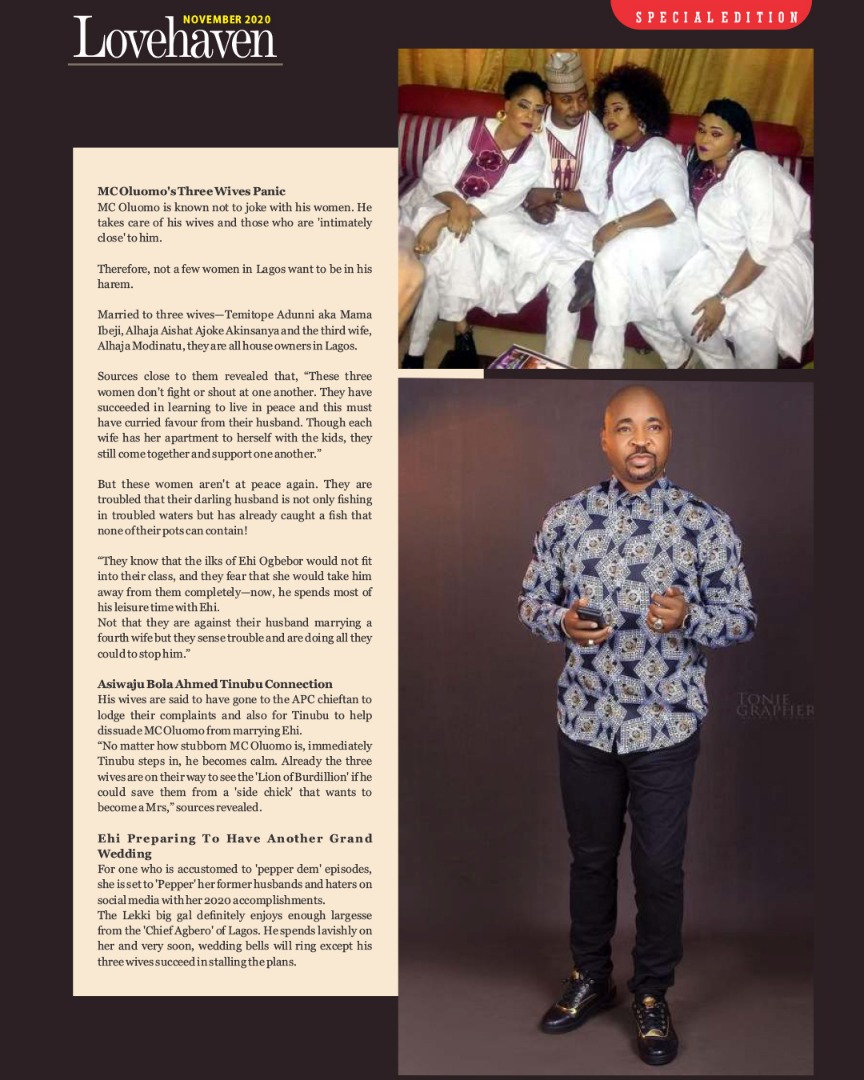 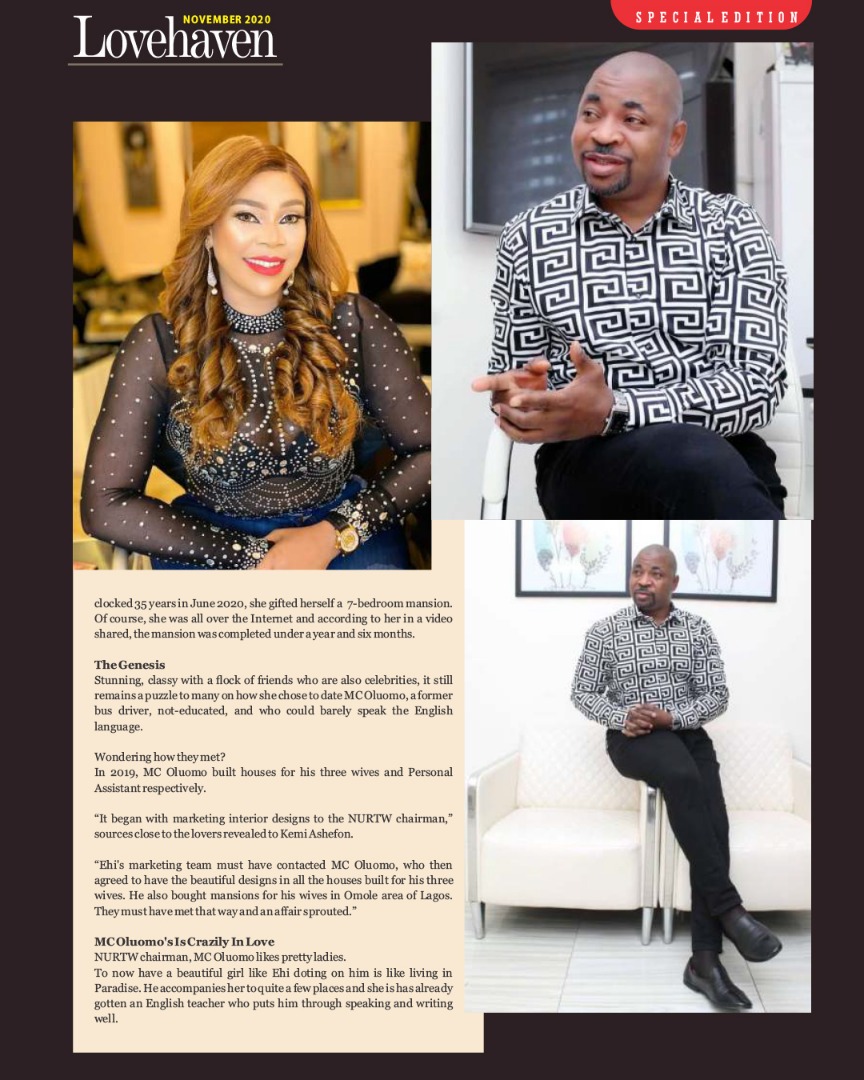 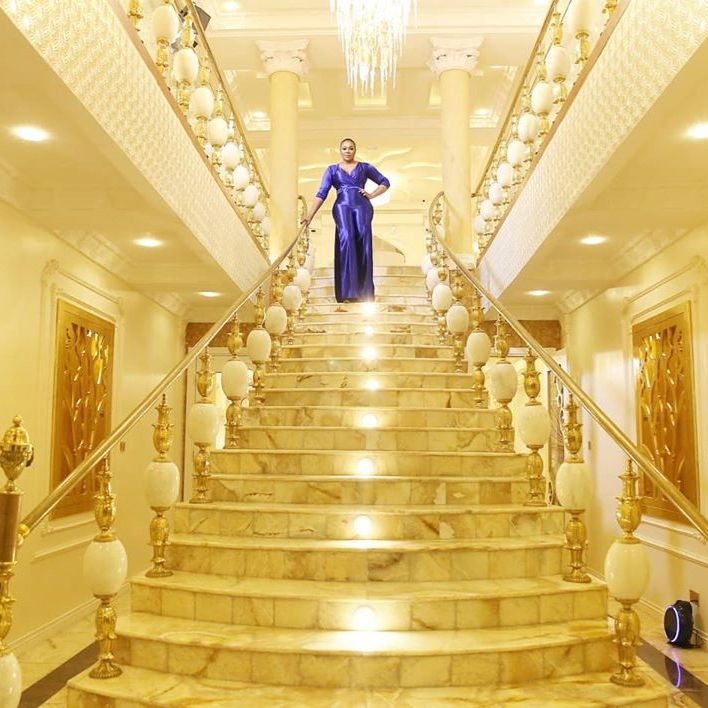 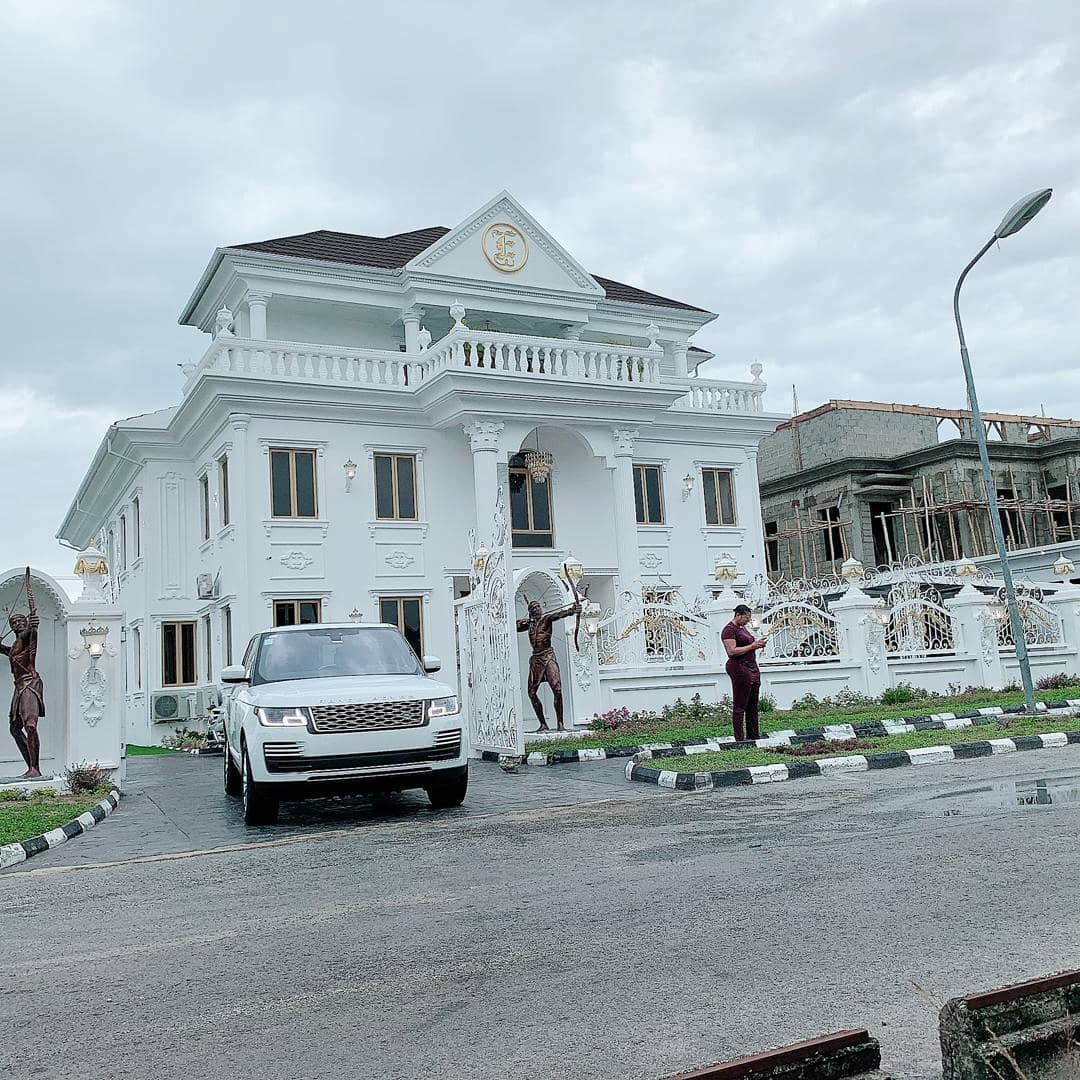 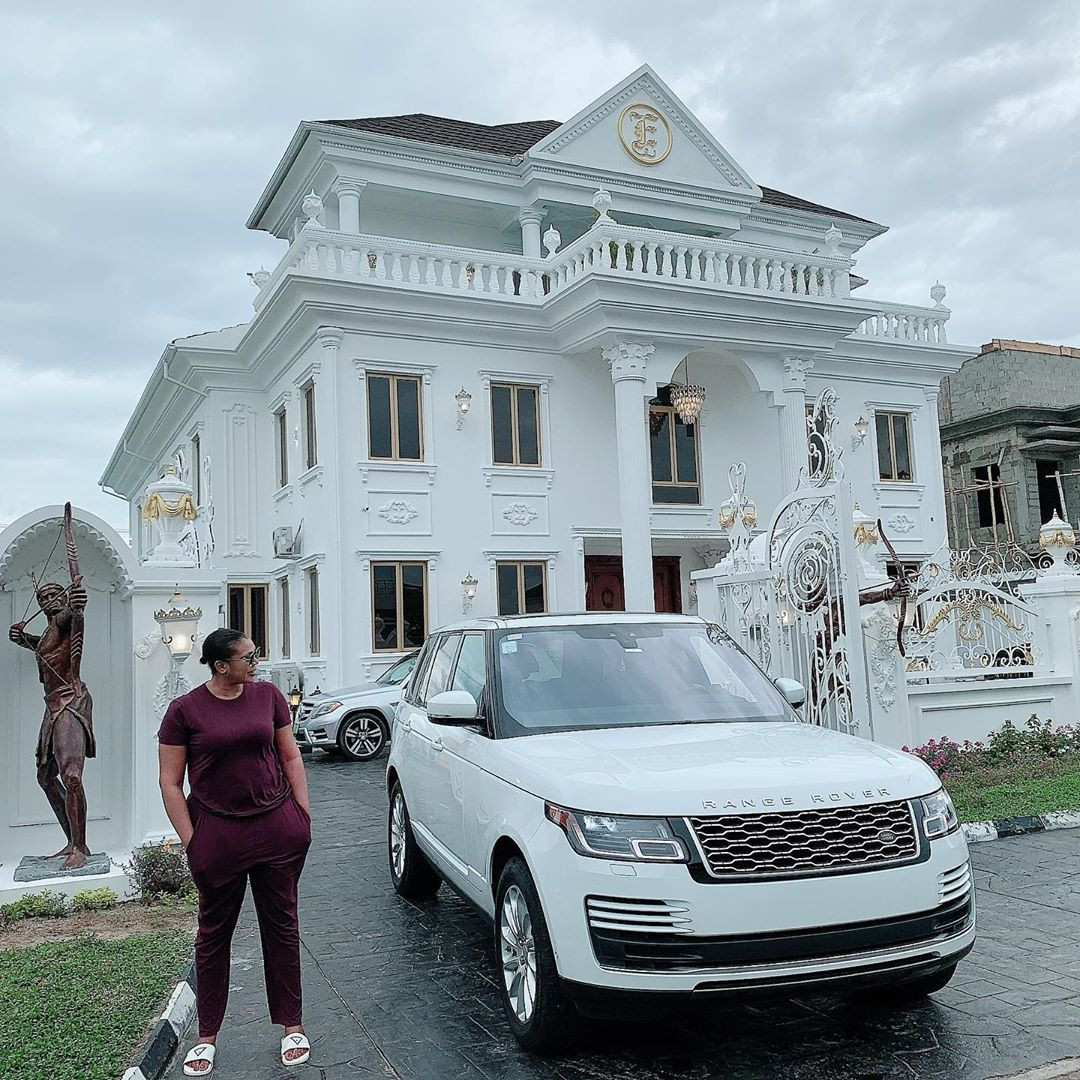 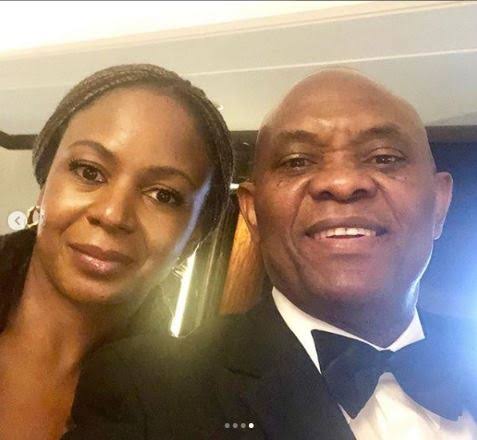 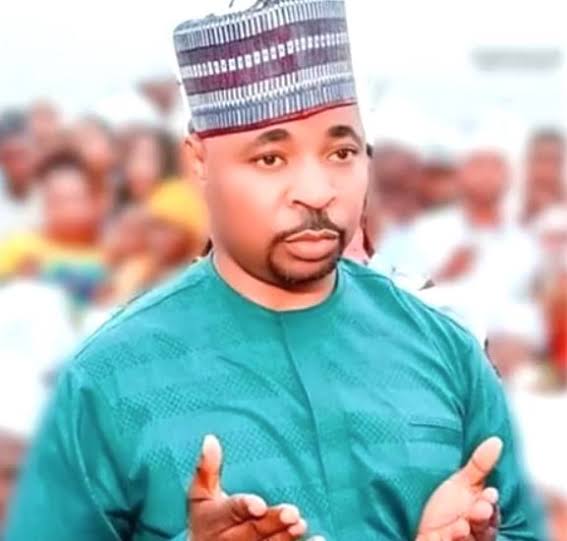 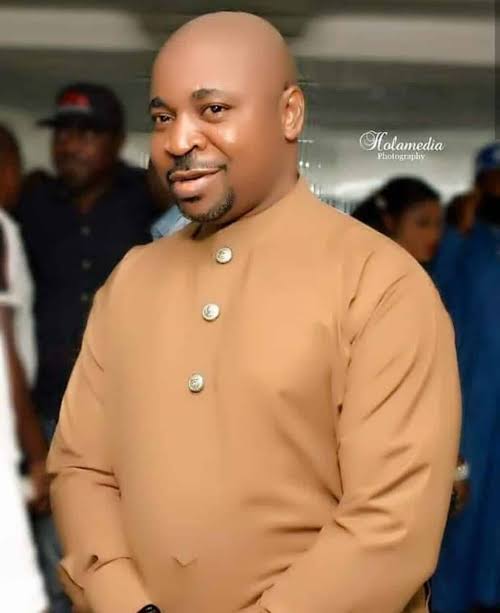 at the behext of another Nigerian citizen, who is rich and influential, connected to the powers that be and they then ’emotionally harassed’ her (they didn’t lay hands on her) on the trumped up accusations of harassment, defamation of character (injury to image), falsehood and the likes.

She was actually picked up in front of her place of worship (church), ‘Living Faith Church aka Winners’ Chapel Egbeda, Lagos by 4 plain-clothes police personel from Zone 2, Onikan. They were apparently from the ‘Anti-Kidnapping Unit’ of the Zone 2 Police (when asked why anti-kidnapping unit) they claimed any police department can make arrest at anytime no matter what).

She didn’t at first know they were policemen and so insisted on knowing their Identity, so they had to first take her to the nearest police post which was in Gowon Estate and where they were confirmed to be authentic police people who had come to arrest her (invite) based on a petition. Whose source they didn’t reveal at first

When they had come at first, they came with her mechanic through whom they gotten her whereabouts. He had called and insisted on seeing her and she had told him she was in church. So he came and with him were the Police in tow. They now gave her a cock and bull story that it had to do with a phone theft. Something about that her mechanic had bought a stolen phone and she had been a most frequent caller to the phone numerous times. It was when they reached the Gowon police station that she knew about a petition, though again they didn’t tell her then where the petition had emanated from.

It was when they got to Zone 2, that they now revealed the petition to her and the instigator of it. All the while, as they were moving from Egbeda going to Zone 2, when they would encounter any stoppage on the road due to them taking bus dedicated routes, they would inform that they were carrying a ‘suspect’ to the station.

On getting to the A.K.U department, they insisted she writes a statement, but like someone who has an understanding of the law at least to as certain extent, she insisted that she could only do that, in the presence of her lawyer. And since the lawyer couldn’t make it on time as he didn’t have any inkling or a foreboding of any arrest of his client and so was busy and couldn’t make it till late, they claimed she couldn’t go home and she was then detained, till the next day in one of their offices (not a cell). She got bailed (without paying a kobo) on the next day which was December 11, 2020 and she had gotten a ear full through the night, as she found out that the people from the particular unit actually had a chummy relationship with the petitioner-MC Oluomo. Apparently there may have been arrests in the past, where those arrested spent much longer time or days in detention for whatever, before they were released.

The apparent anger of MC Oluomo and his people was that Kemi had written the expose and then now claim that it was false, that nothing of the sort was going on between him and Ehi. That the expose has caused distress and disaffection from his 3 wives since they were painted as ‘old archaic wives’ and that a new wife may be coming in, one that was far more enlightened, more stylish, more in your face and more in tune with current realities.

So their idea was to pick her up, subject her to some major discomfort maybe. If she’s not connected or have those she could call on she may be detained for about a week or more, while she would be begging for forgiveness and her release. That she had insisted on her lawyer’s presence was an affront to them. So that’s why they let her go and asked her to be of good behavior. They then told her that all of those involved would meet at a later date, but she was the only one that appeared on the date as none came from MC Oluomo. So she left

While still awaiting their call over the case/petition which they had termed as very serious, nothing has happened since then. But alas, just this weekend, the love birds threw caution to the winds and appeared in public together to the shock of all! Were this not the 2 that denied the story of late last year, insisting it was totally false? So who is lying or better still who are the actual purveyors of falsehood now? Who truly is defaming whose character now especially in the face of this now controversial weekend should we tag it- ”coming out ceremony” of both MC Oluomo & Ehi?

Would MC Oluomo now graciously apologize for the trauma of the illegal arrest and harassment of Kemi Ashefon? Would he even offer compensation?

Also, would the Police at Zone 2, most especially those from the anti-kidnapping unit apologize without reservation for being willing tools in the hand of a power drunk elephant? A continuance of such harassments like this is not a good thing at all. Or are we saying there are laws for the not so connected and the poor vis a vis the rich, the powerful and highly influencial?