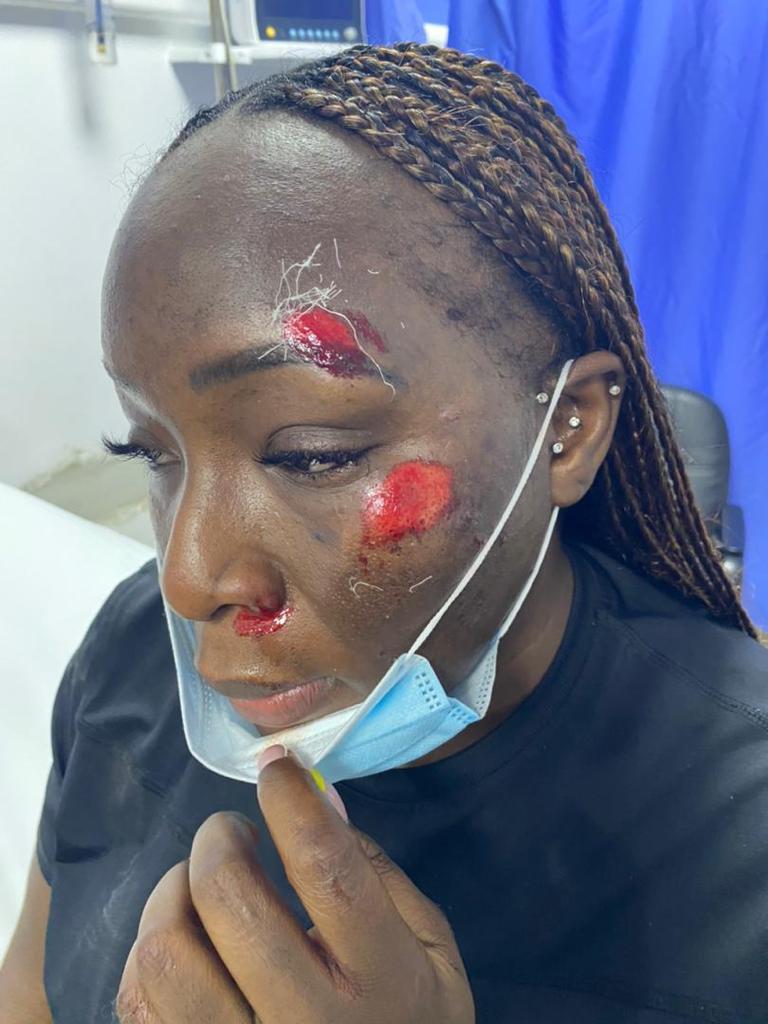 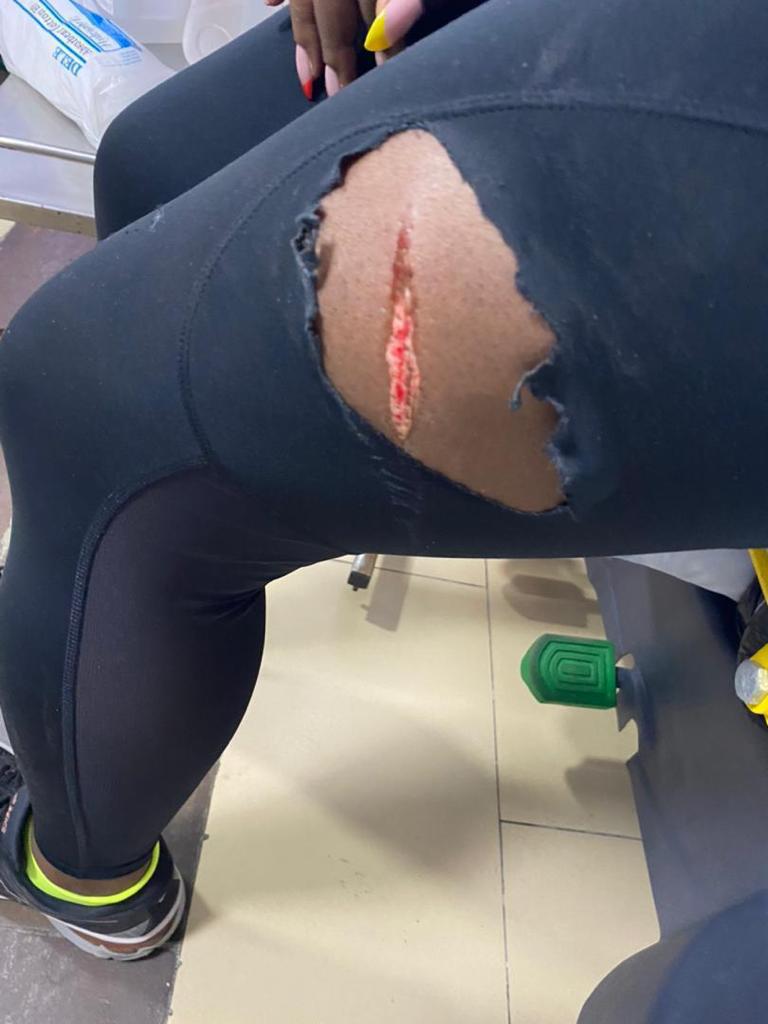 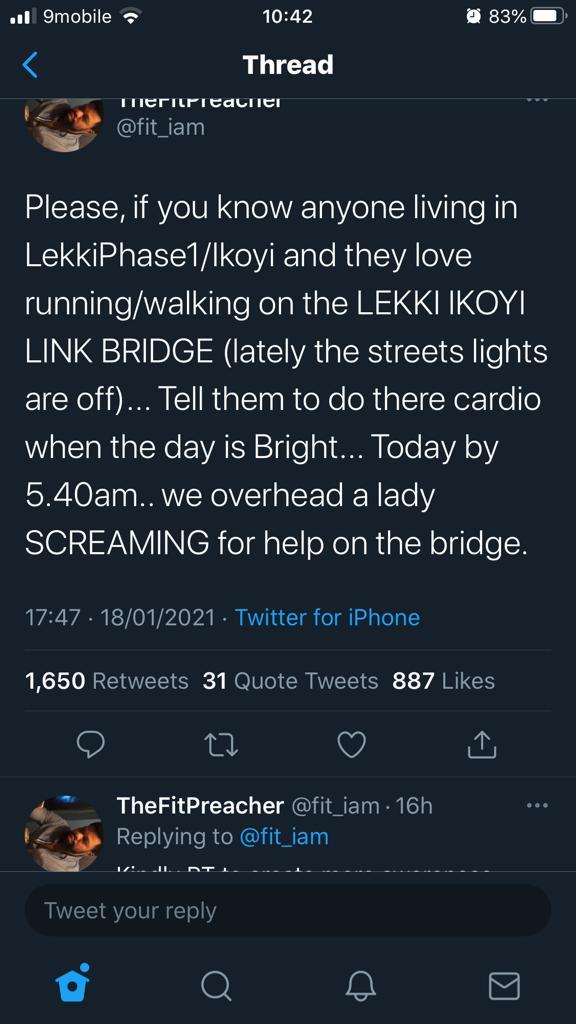 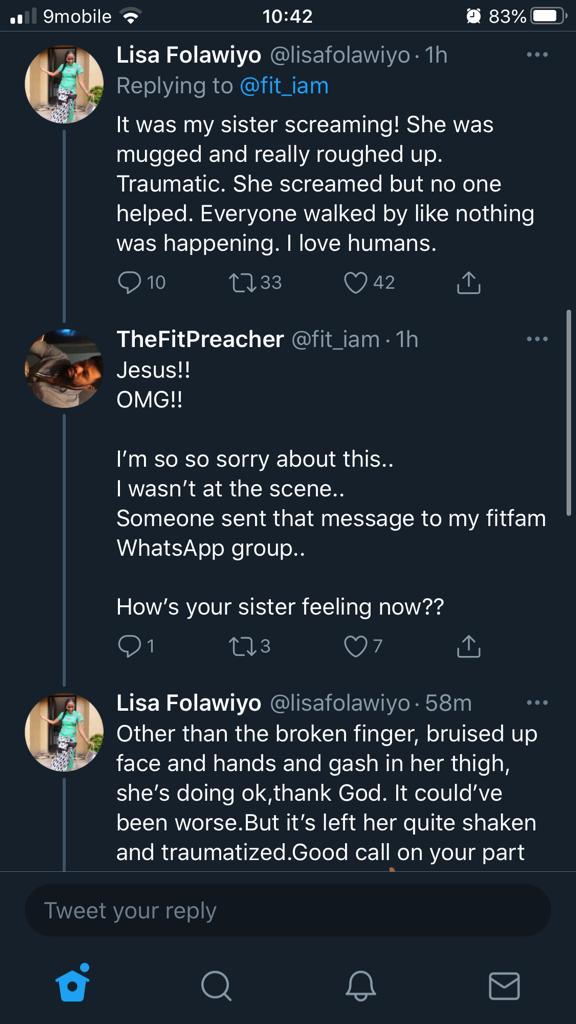 It’s always a delight to see many in their sport kits, both male and female in great numbers at different times of the day going to and fro that famous Lagos landmark, the Lekki-Ikoyi link Bridge which has become the place of preference for many who live in the Ikoyi and Lekki axis to go strut their stuff all in the bid to keep fit.

With the need for many to live healthy and for all to be health conscious many readily took the challenge to join others to do their exercise on that famous bridge, one of the reason also why many preferred the bridge is because it was considered safe. But that might not be the case again, after one of those who usually does her exercise on the bridge in the early hours of the morning may have escaped sure death or attempted kidnap or rape yesterday by whiskers, but with much bruising to show for it as she escaped her assailants as she screamed and screamed for help without any coming to her aid, while just passing along!

The unlucky recent victim is the immediate sister of ace designer Lisa Folawiyo of the Jewel by Lisa fame Sike Saro. She had embarked on her usual morning chore as usual, not having any premonition of anything negative coming her way. So as early as 5:40am as she was busy getting fit running along the bridge only for her to be attacked at about 6am! According to someone who posted about the attack-

The person had sent out the above message (also in the screenshot) to warn others on the need to be safe than sorry, so they wouldn’t fall victim too, not having an inkling about who the victim that was attacked was. Only for ‘Lisa Folawiyo’ herself to respond by saying-

“It was my sister screaming! She was mugged and really roughed up. Traumatic. She screamed but no one helped. Everyone walked by like nothing was happening. I love humans”.

In response to someone who responded to message, she then again went on to say-

“Other than the broken finger, bruised up face and hands and gash in her thigh, she’s doing OK, thank God. It could’ve been worse. But it’s left her quite shaken and traumatized. Good call on your part”.

We need to be safe to enjoy the lifestyle ooooo. Let’s get careful ooooooo