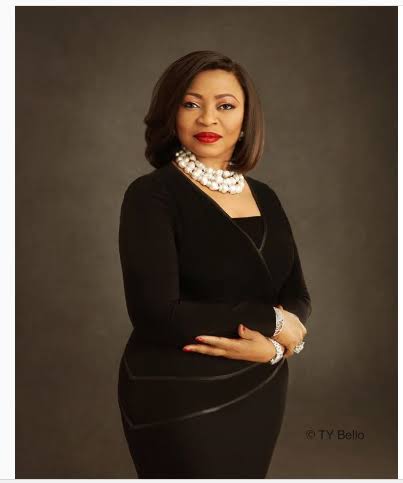 For the 12th year running cement giant Alhaji Aliko Dangote retains his leadership, as the grandmaster of the shaolin temple of Africa’s rich list posting a rating of $12 plus billion dollars, after a gain of about $2billion dollars, despite the lockdown due to the covid-19 coronavirus pandemic, which may have affected the wealth ratings of other super wealthy people around the world.

He is the still the undisputed leader of wealth of African origin who lives in Nigeria bar none. According to Forbes who are not infallible in their ratings, he is in fact richer than the next to him by nearly a double. Some have even claimed his wealth is in fact in the range of $17b rather than $12.1b that Forbes have rated it! So instead of the Dangote’s wealth declining in anyway, it has further appreciated further instead, wrapping more and more to the clothe (garment) of wealth that covers him, more fortified by many miles than others about him, further soaring higher by a major amount at that and there’s the likelihood that the value of the awesome wealth, could even further zoom far higher by the time his world class, stand out refinery would kick-start into full action, which maybe sometime come this new year of 2021. The significant gain is said to have been due to a 30% rise in the share price of his most valuable asset today- Dangote Cement.

What this just says is that, despite the fact that there’s the supposed recession, those with the means to build, are still building and building and a key element in the construction that they cannot do without is cement. And the king in that industry in the whole of Africa for that matter is nonetheless DANGOTE! Dangote’s cement plant in Obajuna, Kogi State is already the biggest in Africa bar none. It does in fact produces enough cements per day to fill 1000 trucks! That’s pretty huge. And he is not resting as he is still adding to the capacity to produce! For now though, the foundation and pillar of Alhaji Dangote’s impressive wealth is cement.

Let’s now try to envisage Dangote’s wealth in the nearest future, that is a future that is right now at the corner already. All things being equal, his refinery, plus a fertiliser plant is already nearing completion. This new ventures sits elegantly and gloriously atop 6700 acres of land that he had bought in 2013 for just $100m dollars and that took a further 3 years to be prepared for construction. While the refinery alone is valued at $12billion, if not more, the fertiliser plant on its own is valued at $5billion and it would produce up to 2.8million metric tons of urea per year; both petroleum products and fertiliser, like the cement are essential commodities. The projection according to experts is that when everything is working perfectly like it is expected to, Dangote Industries is expected to hit an annual revenue that would be roughly 8% of Nigeria’s total GDP that’s about $30billion dollars annually.

Outrageous!!!! Is the only way to describe it.

Another colossus who is in the same business and more  and who in fact has made the highest gain according to Forbes and therefore climbed more rapidly higher on the list and is now next to the 5th on the list- who is the bull himself, Otunba Dr. Michael Agbolade Adenuga is none other than another Kano billionaire, in the person of Alhaji Abdulsamad Rabiu of BUA Cement Plc. BUA after only getting listed on the Nigerian Stock Exchange just a year ago, January 2020 to be a bit more precise, the value of the company’s share has doubled dramatically. Making the majority owner of the company, Abdulsamad, who was already a billionaire before now, even far more wealthy, with a rated value now of $5.5 billion, a 77% jump from where he was before to where he is now. Though BUA is a publicly quoted company, it is still owned 97% by the Rabiu, meaning it’s just 3% that’s owned by other investors, genius we would love to say.

Though nothing was said by Forbes as per any gain or loss by the bull, the enigma called Otunba Mike Adenuga, according to the Magazine the Ijebu born filthy rich man, who owns Glo all by himself amongst several more colossal investments that spans several sectors of the economy, still sits pretty as the 2nd highest rated in Nigeria and the 5th overall in Africa. But the strong gist in the grapevine though is that, Mike Adenuga is most probably far more significantly wealthy than he has been publicly valued, with some even claiming that he may even be as much as 3 times richer than he is valued or rated now.

Still according to Forbes, the fortune of Nigeria’s wealthiest woman by several miles, in the person of Mrs. Folorunsho Alakija, who owns Famfa Oil and who has held the nearly unassailable position like a vice for several years now may have dwindled dramatically to maybe temporarily remove her from the highly sort after billionaire’s list, which doesn’t mean she’s still not a super multimillionaire though! The significant dwindle has been ascribed to the fact that the price of oil itself dwindled. So maybe a significant rise again in the price of oil which could happen tomorrow, or anytime could again push the wealth value or rating higher again and then she again retains her place all over again. But she still remains by far at that, the “official wealthiest Nigerian woman across the globe”. Mrs. Alakija is even more likely to become the wealthiest (richest) African woman across the globe if she’s not already, if Isabel dos Santos legal issues, which has seen a large chunk of her assets frozen by the Angolan & Portuguese Courts persists. For 8 aolid years since 2013, Mrs. Santos was Africa’s richest woman with a value of as much as $3.5billion dollars at the height of her power, till very recently when her troubles reached a head and a clamp came down on her. Isabel dos Santos whose husband died in an accident in the last quarter of 2020, October more precision, is the eldest daughter of a former president of Angola- ‘Jose Eduardo dos Santos’, who started ruling just a few years after his country’s independence in 1975 and who ruled for 38 years from (1979 till 2017) and according to the Angolan Government via the court, the bulk of her wealth was made from ’embezzlement and money laundering/graft’. So to try to recover the loot, the courts in Angola and Portugal and another country have clamped down on her asset. While she has also being unable to sort out a debt situation running into very many millions in another country.

As at January 2020 she was still worth at least $2.2billion dollars, but with asset to tune of $1.6billion dollars now frozen and which may never ever recover, she’s undoubtedly no more a billionaire. A major fall from high grace some would say. But she still owns some magnificent  properties around, like in Dubai where she is more now and other parts.

For now though, only 3 Nigerian are officially still in superliga of filthy rich list worldwide now, it used to be 4 with Folorunsho Alakija on the list as at February 2020, but now in 2021 of January weForbes

WHERE IS PADDY ADENUGA- THE SUAVE & HANDSOME SON OF AFRICA’S NOS 1 BULL-DR. MIKE ADENUGA? HE SEEMS TO HAVE TOTALLY DISAPPEARED FROM THE SCENE WITHOUT A TRACE.
HAD DEATH PERMITTED PRINCE DAPO OJORA WOULD HAVE ADDED A YEAR TODAY-20/01/2021 WHICH IS THE 40TH DAY OF HIS SAD DEMISE!
Comment