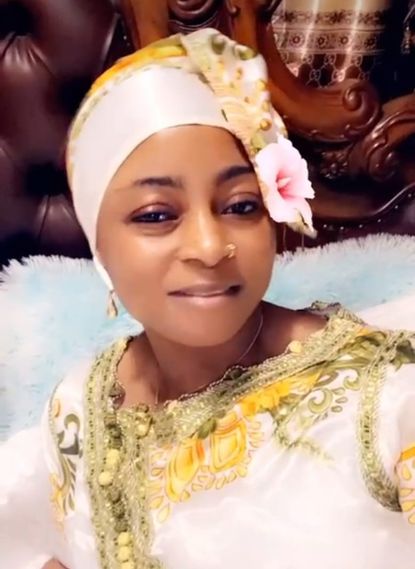 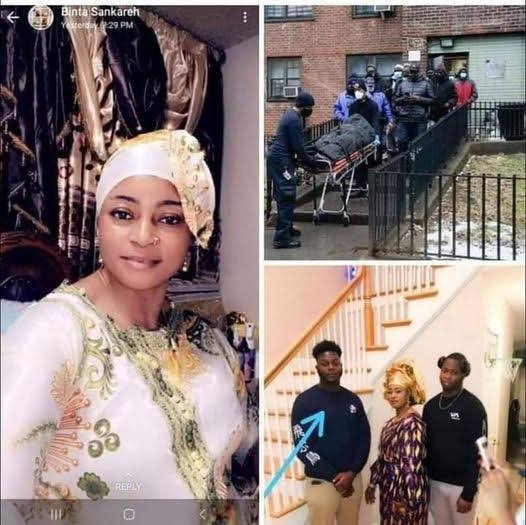 This is a sad case of when culture overwhelms you and you forget totally where you came from and where you are going, to embrace stupidly what you have come to accept as your thing now. The Camaras are a large family of now Americans, but of African descent- she’s originally from Gambia. Their beautiful and very hardworking mother of 8 came in to America more than 25 years ago, like they say in search of the golden fleece and a better life. Wanting to give herself and her family the opportunity to succeed in life. And they had settled in very well.

But tragedy struck yesterday, Tuesday January 27, 2021 when she was shot on the head by her own child, one of her sons and her offence was that she had asked him to go get a job, so he can take care of himself! Which is nothing bad at all and in fact it is what a good and responsible mother should say!

He was old enough to be responsible!

But apparently anytime the mother raises the issue/topic, it grates the insane boy Moussa Camara and on this occasion, he decided to take matters into his hands and made sure to shut her mouth forever at her 15th floor apartment home, by shooting her fatally on the head, so says the witnesses, who claims that the son and mother have had arguments over the issue and then he ran away to escape the tragic scene of fatality and maybe the repercussions for his deed, he even shot at an innocent passer-by, before he was tasared and then arrested on 100 East St by Madisson Avenue by the very efficient police with the murder weapon. He was immediately taken to an hospital- Metropolitan Hospital for psychiatric evaluation, as he is said to have a history of mental illness. Before charges would be pressed.

He had been smoking weed before everything happened! He had been kicked out of the house and a protection order had been gotten against him by the mother, so he wasn’t supposed to be in that building in the first place. He had threatened to kill the mom several times before. He is thought to have gotten to the apartment and maybe knocked and then as the mom responded by opening the door, he shot her on the head. Her dead body was found by the door.

His very emotional and obviously pained uncle -Yaku Basangari, an elder brother of his mother Fatoumata Danson 40, while describing his sister, she’s an angel, lovely and kind to all, who cared and cooked for all and was ever with a smile, always laughing, has asked that justice must be done and that the 22 year old boy New York killer, his nephew should be locked away for the rest of his life!

The whole scenario played out at ‘Lehmann Village Houses’ on E. 108th st near Park Avenue East Harlem, New York. The family members wants no mercy for the boy. The uncle said – “He’s very lazy. He wants the mother to take care of him all his life…He don’t want to go to work or get a place for himself. That’s the reason that he shot the mom”.

NED NWOKO VS. GABRIEL OGBECHIE- A CLASSIC CASE OF THE ULTIMATE DECEIT. WHAT A SHAME! *Ned Nwoko’s Baseless Assassination Plot* …Why He Is After Gabriel Ogbechie
IBADAN BORN POLO BUFF & MULTIMILLIONAIRE BOSS OF THE SHORELINE CONGLOMERATE KOLA KARIM GETS SET TO BECOME THE NEXT AGBAOYE OF IBADAN, OYO STATE.
Comment