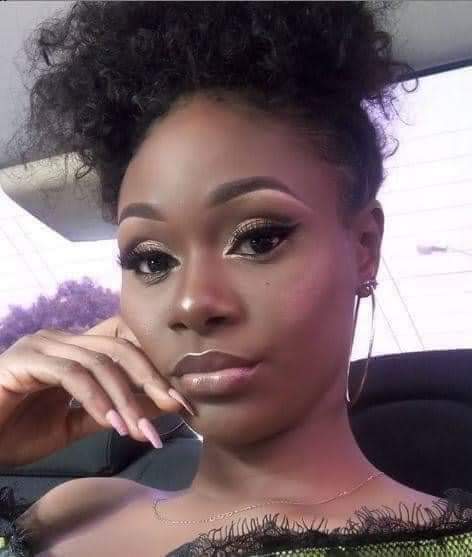 What a world we live in! A totally wicked, terribly despicable and outrightly wicked one at that. A world where life means nothing at all to some and they can cut down, kill and maim other human beings like themselves over just about any issue. Issues that when you now later look at, you are now wondering incredulously, how could someone have been so dumb, so totally dead brained to have been involved in such!

So Chiamaka Ifezue and Emeka Ifezue were arraigned in court on Wednesday, February 3, 2021 for the murder of Ijeoma Nweke, a make-up artist in Enugu State in 2020. According to the report, both brother and sister conspired to snuff the life out of the beautiful Ijeoma for daring to date to date (have an affair) with Chiamaka’s boyfriend!

An eyewitness at the court during the proceedings confirmed he saw as one of the murder accuse- Emeka Ifezue pour the suspected corrosive substance on the body of Ijeoma, after they had dumped her body somewhere in Enugu. Also present at the court was the man in the middle, the boyfriend who ready to testify against the deadly duo.

There are fiends, infact brutes living amongst human beings and in disguises that we need to be very careful about. These duo fits that description most perfectly. We just hope that she would get the justice that she really deserves.

TERRIBLE THURSDAY FOR A DESPERATE YOUNG DUDE AS HE LEAPS TO HIS UNFORTUNATE DEATH FROM THE HIGH RISE AT 1004 ESTATES VI IN EFCC RAID.
JOURNEY TOWARDS AGODI BEGINS CODEDLY AS NIGHT LIFE KING & FEDERAL LAWMAKER HON. SHINA PELLER IS SET TO BECOME A HIGH CHIEF OF YORUBALAND AS THE REVERED ALAAFIN SETS TO HONOUR HIM WITH THE ‘AYEDERO’ TITLE.
Comment