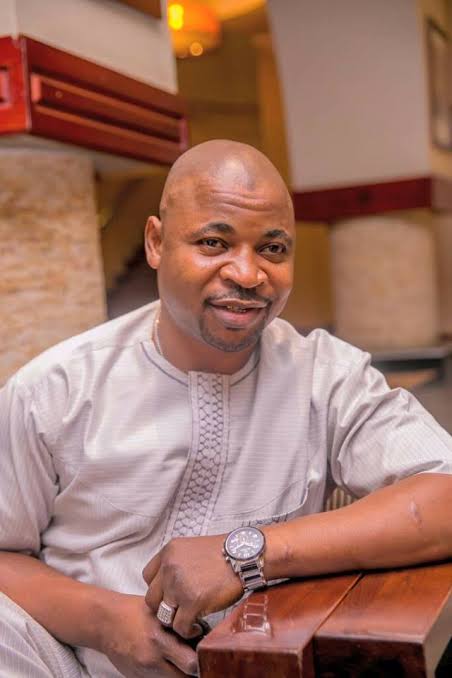 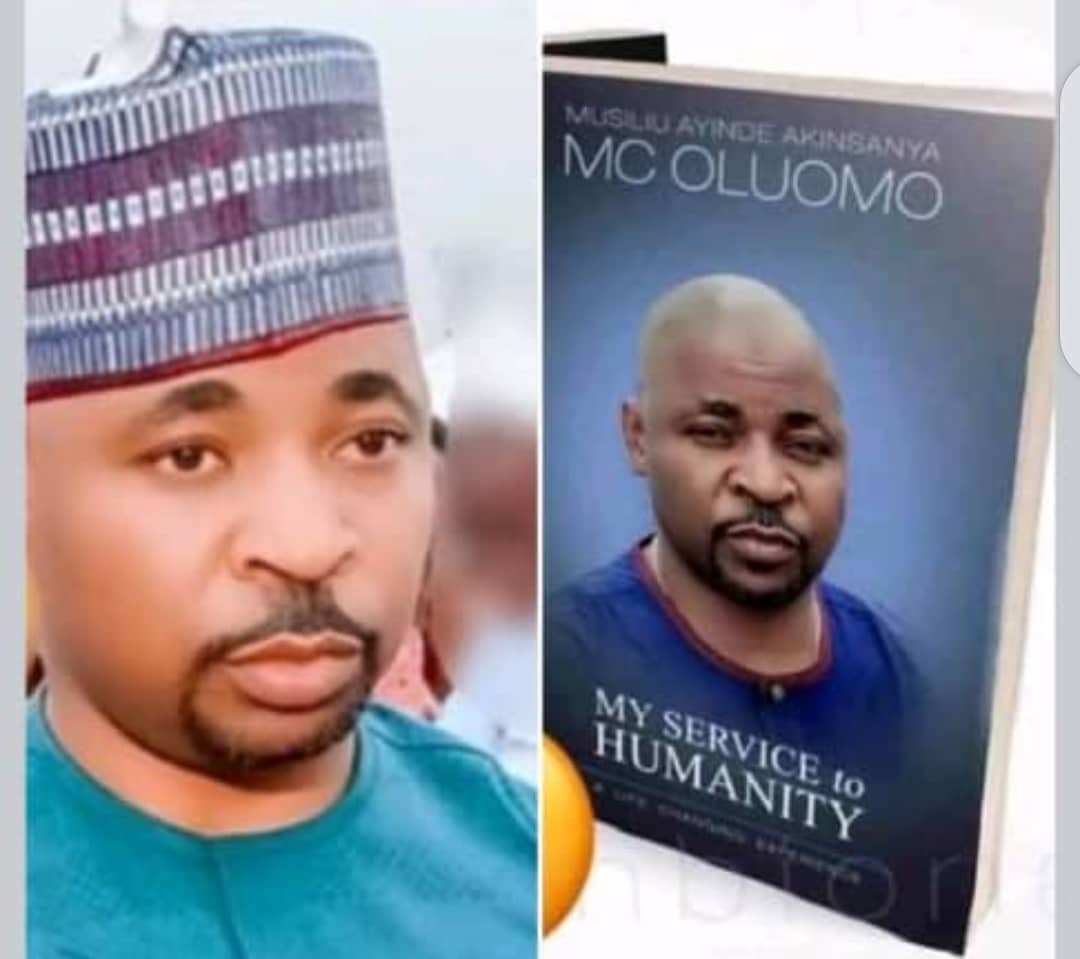 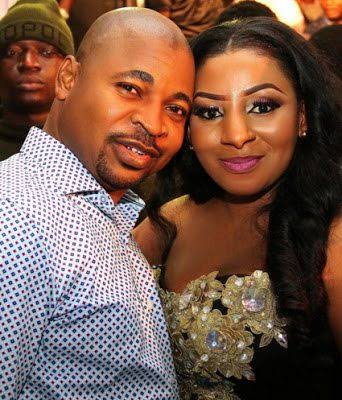 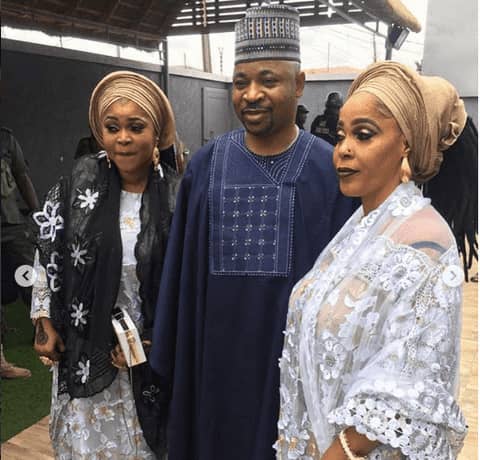 If you never ever thought that your beginning is not your  actual ending before, then maybe a glimpse into the life of ‘Musiliu Ayinde Akinsanya’ aka MC Oluomo the current NURTW chairman, should be a good pointer that it’s never over until it’s actually over. If 2 decades plus ago, they had told the young still growing and quite ambitious young man then, that by the time he is 45 which he is now, he would have become ‘a man of great influence and affluence’ that he is today, one that has the ears of the powers that be of the day, maybe he would have disputed those thoughts and talks with much vehemence.

But here we are today!

That same young impressionable man of yesterday from Oshodi, a suburb of Lagos, the state of excellence, who was a bus boy/conductor (which in the local parlance is called agbero), is the same grown man of today, who is an ally, a very strong ally indeed of such like the undisputable political godfather of the South West of Nigeria, in the person of the former 2 terms Governor of the ‘state of excellence, still the defacto as it seems, Senator-Asiwaju Bola Ahmed Tinubu’, the Jagaban Borgu, the national leader of the ruling party, the APC and most probably, all things being equal, a [candidate] for the Presidency come 2023; And he is not just restricted to the Asiwaju alone, as he is also an ally of grassroot mobiliser par excellence, in the person of the Oluaye of Fuji music and Mayegun of Yorubaland himself, K1 the ultimate, ‘Alhaji Chief Wasiu Omogbolahan Marshall Anifowoshe’.

Not only does he know these 2 highly influential and wealthy people, thats apart from some 1st a d 2nd class royal fathers that cut across the length and breadth of Yorubaland- like the Oba of Lagos, the Elegushi of Ikateland and environs and very many others; he also has direct access to at least 4 Governors of states in the Southwest of Nigeria and their speakers of state houses and infact the speaker of the Federal House of Representatives himself who is the 4th ranked Nigerian in power and so very many powerful others.

The fact is even that his famous sobriquet- ‘Oluomo’ was gotten from the title he was given by a collective made up of not less than 22 royal fathers in and around Oshodi and environs (Oshodi, Isolo, Ejigbo and Igbeba all led by the Oba of Isolo), who all conferred on him the honorary chieftaincy title of a special child, worthy (son) of the communities- OLUOMO.

The husband of 3 wives already with about 9 kids, all of them schooling and living abroad, and with maybe a 4th wife on the way, in the person of the super glamorous and well loaded Ehizogie Ogbebor (the new YeyeOge of Ibadan) of the Sayaveth Interiors & Hotel fame looking very likely, if all works out as planned.

MC Oluomo by all account, is a billionaire in Naira by all standards. Long before he advanced or got elevated after a lot of deft moves and super swift maneuverings not too long ago (a year ago now) to become the Chairman of the highly lucrative ‘NURTW’ (National Union of Road Transport Workers) Lagos for the next 4 years (starting from 2020), he was already a member of the highest hierarchy of the same union in Lagos for several years as the ‘treasurer’ the moneyman. Not only does he particularly enjoy the awesome patronage of the political powers that be in the southwest with gains coming in, in staggering modes for such a connection, the daily earnings from his job as the chairman of the union alone is mind boggling to say the least.

Just try to imagine a daily take home of between N2M to N3M atleast per day! That’s between a guaranteed N730M to N1.095B annually just for him alone. For some that may think that amount is just not possible or that it is preposterous, maybe if we attempt to do a bit of a breakdown, then it would become clearer a bit.

There are atleast 52units that makes up the Lagos Chapter of the NURTW. Each of these units (must) bring their daily contributions to supportthe hierarchy. Each units also have further breakdowns too. So all of these units would combine to provide daily for the boss (chairman). For his food, for recharge cards for his phones, for miscellaneous as they deem fit or ok, all of these combines to make between N2M to N3M per day. Each units contributes N15000- Fifteen thousand Naira just for food alone! Multiply N15000 by 52 just for food. Same goes for recharge cards and many others.

There’s no off day in all of these; these units work from Mondays to Sundays and like that. So N2M or N3M multiplied by 365 days is what makes the between N730M to N1.095B annually. It’s a guaranteed amount. That’s why you see the last part of the long chain, those agberos being very vicious in collecting the daily toll from the bus drivers and co. Woe betide you trying not to pay when asked to, they have a target that must be met no matter what. The payments made by the bus drivers is also 3 times in a day, morning, afternoon and evening.

It’s because of what comes in for those in the hierarchy and how they are brides of those who patronise them when the need arises eg fir elections etc, that succession to the throne is always bloody! Since MC became the chairman though, he seems to have been able to subdue effectively, all the agitators to the throne making them all sheathe their swords. But the road to him getting there in the first place wasn’t easy at all, with attempts made to take him out too at all cost.

So, not only is he filthy rich, he combines his staggering affluence with strong influence too. And the (speculations) are rife too, that he may be eyeing some sort of political office sometime in the future, nobody is too sure of that though. Be it that it may be in the state, as he is already a strong power house in Oshodi and environs or it may even be national, as he may attempt his luck for the Federal House as a representative. Just try as much as possible to imagine what could happen, if the Asiwaju should win the presidential election!!!!

The journey towards achieving this future political plan, may have been part of the reason to white wash MC Oluomo’s image as it were. He is already quite popular and so can win an election quite easily without any stress whatsoever in his domain. He is also already very well connected and also very rich, so the resources & wherewithal to prosecute such an ambition is very available too for him. So his image markers knowing they could make good money off him, could have suggested to him, let’s clean up your image, let’s begin to sell you subtly as a man of people, which truly he is, especially to his people.

Hence the need for a book, if truly there’s an autobiography in the offing as suggested. He doesn’t need to write such himself, many ghost writers abound around.. And truly why can’t he document his history, why not? Are those that books have been written about aliens from Mars? Do they have 4 heads? If they deserved books written about them, why not him too? In fact MC Oluomo has the right to let us know how he came to be what he has become now. If the book is well researched and well written, it could infact become a best-seller, most especially if there would be great insights into his many wars fought and won, showcasing the maneuvers employed. The Godfather by Mario Puzo is a case in point.

From a bus boy/conductor (agbero) to the billionaire chairman of the union that controls such wealth like he controls now, after only just finishing primary school is not beans at all oooooo…..

FIRSTBANK EMPOWERS ITS FIRSTMONIE AGENTS WITH UP TO 1 MILLION NAIRA
BBN SEASON 4 WINNER- MERCY EKE JOINS HER VOICE TO THE GROWING CHORUS/DEMANDS FOR JUSTICE FOR HER MURDERED EX-SCHOOLMATE-IJEOMA NWEKE!
Comment