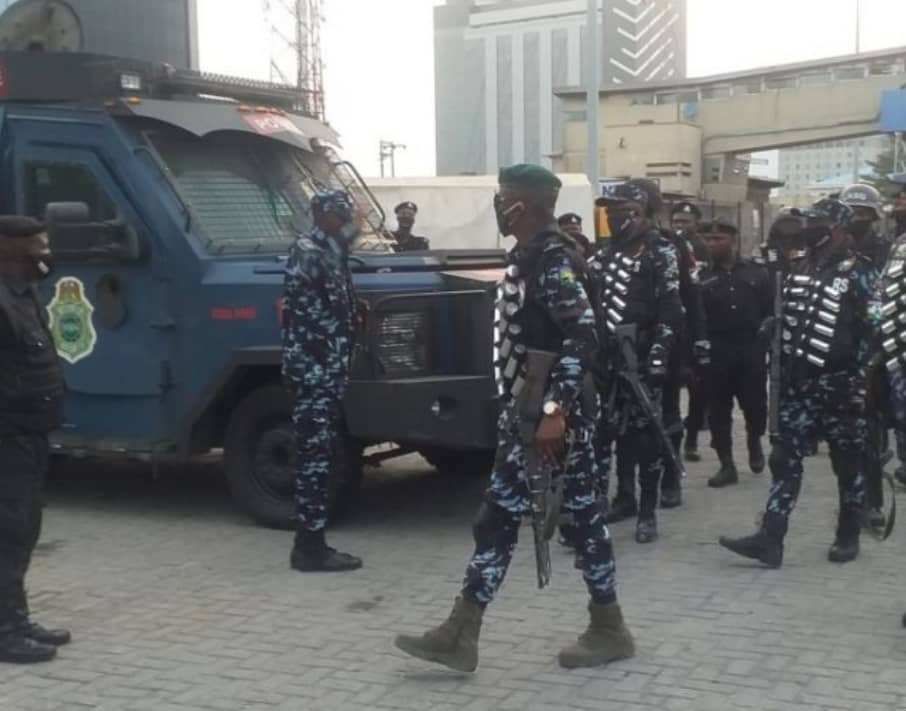 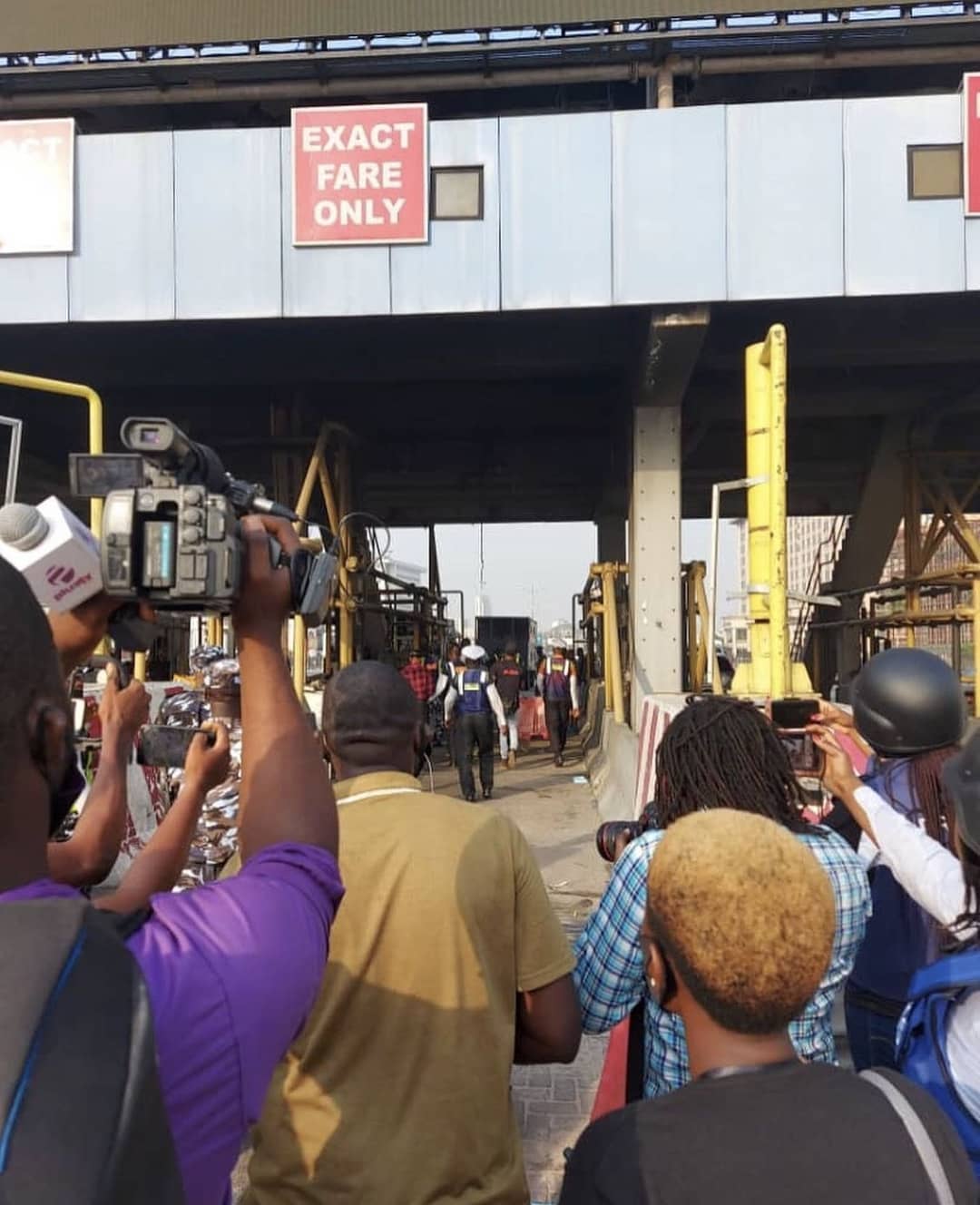 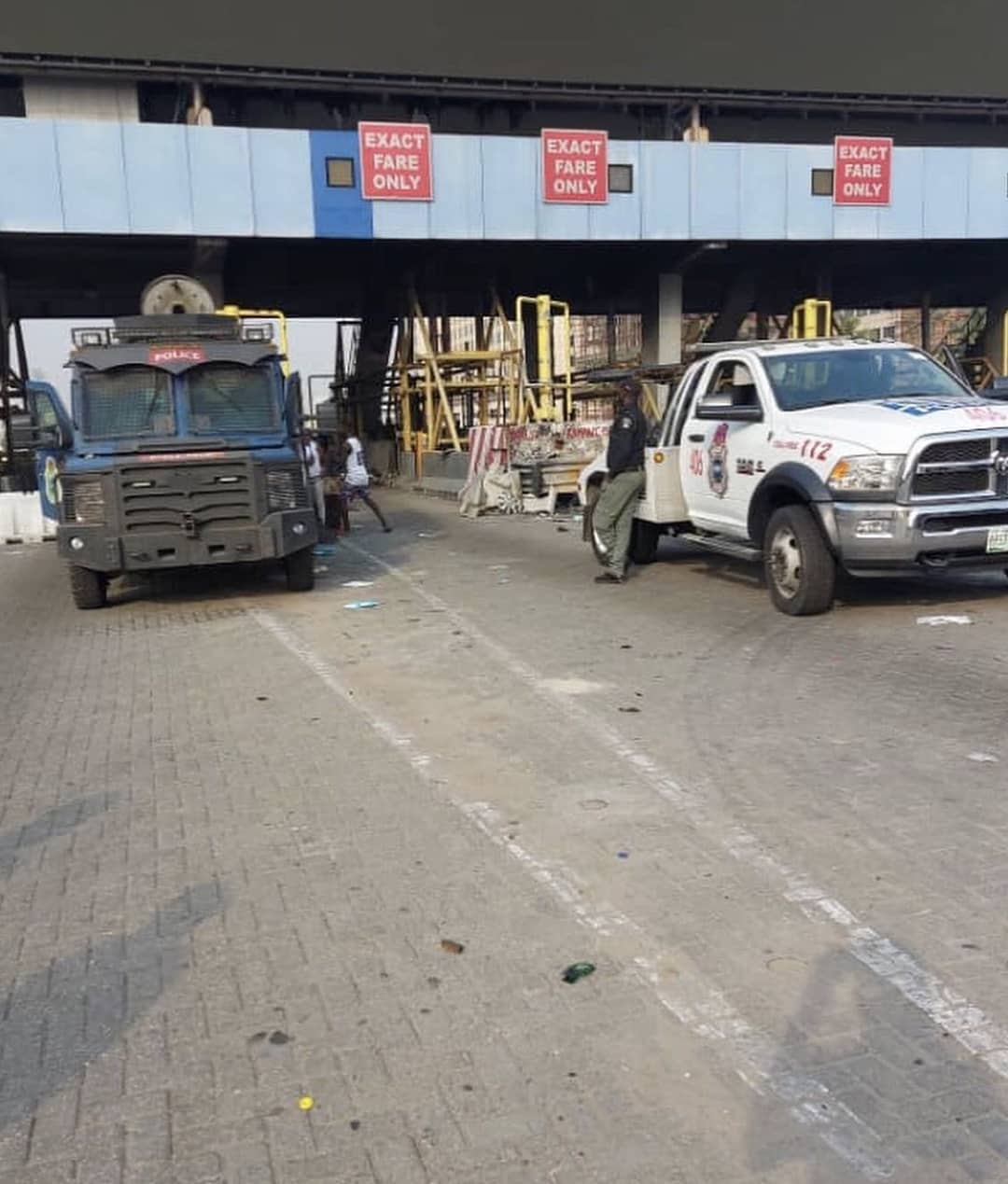 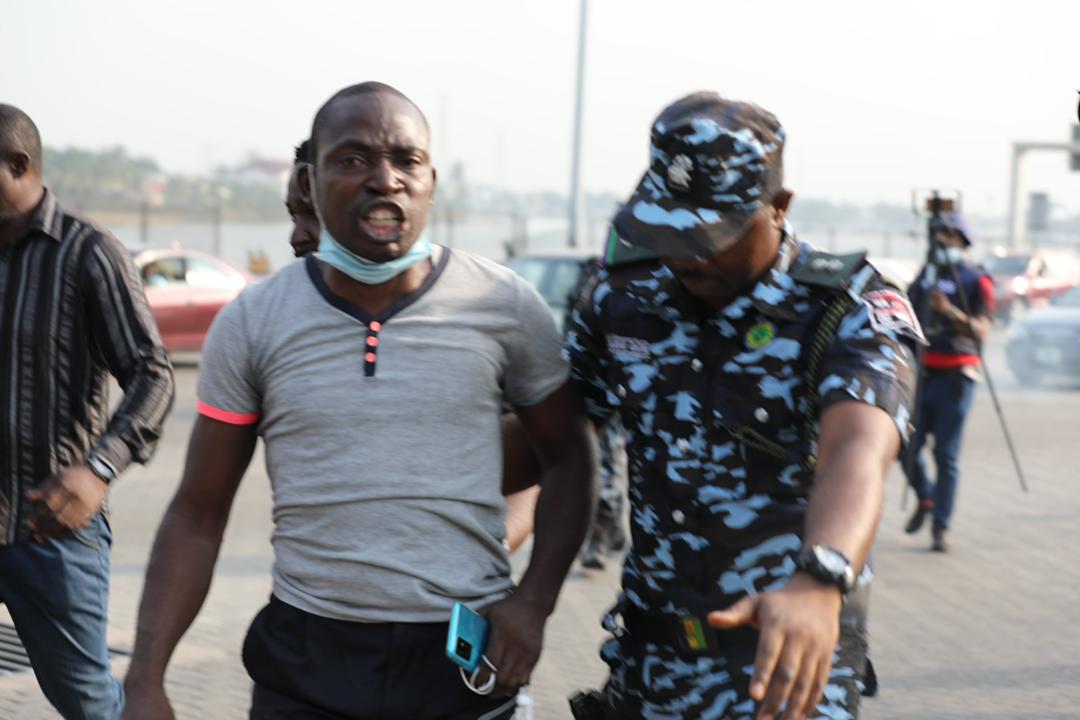 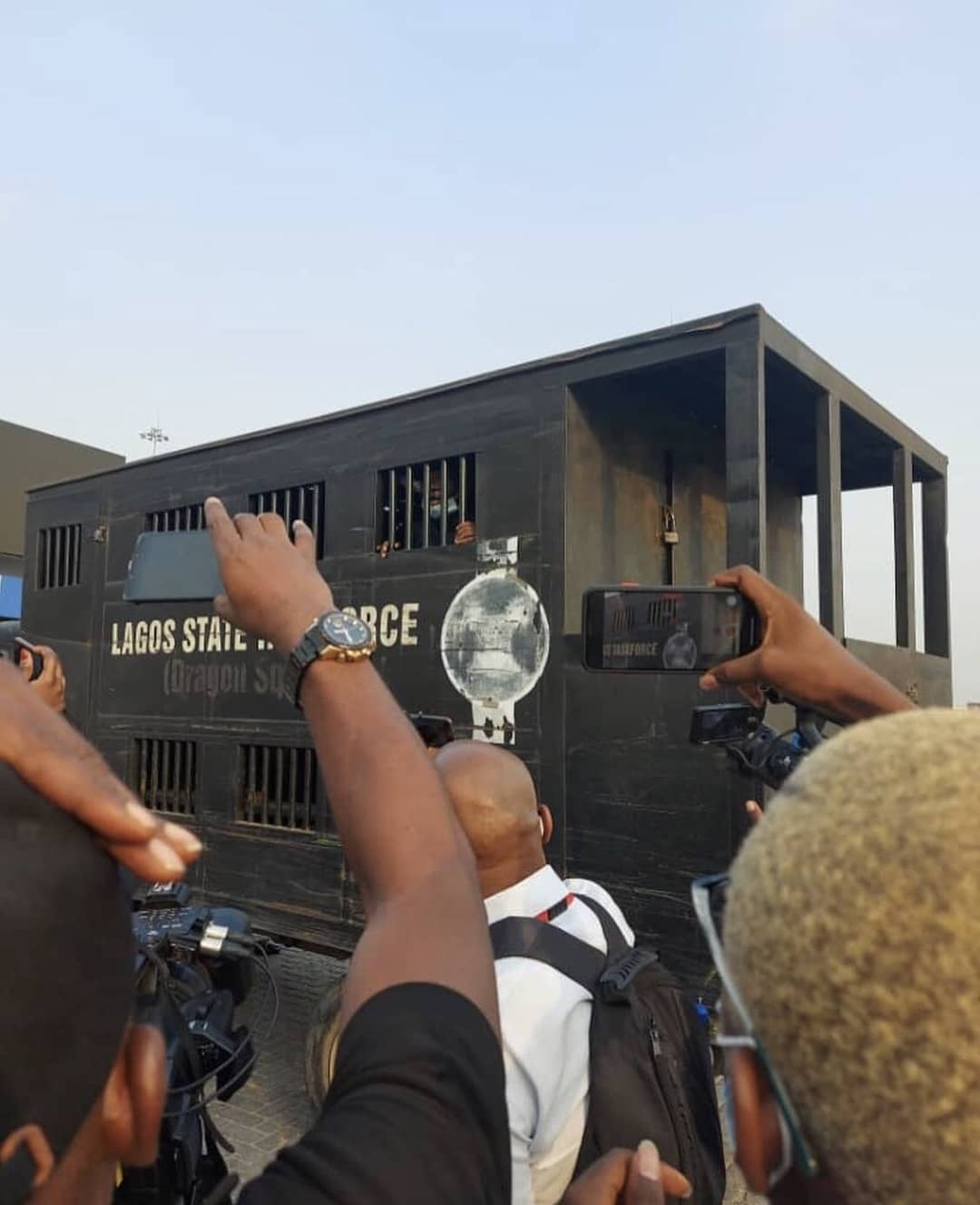 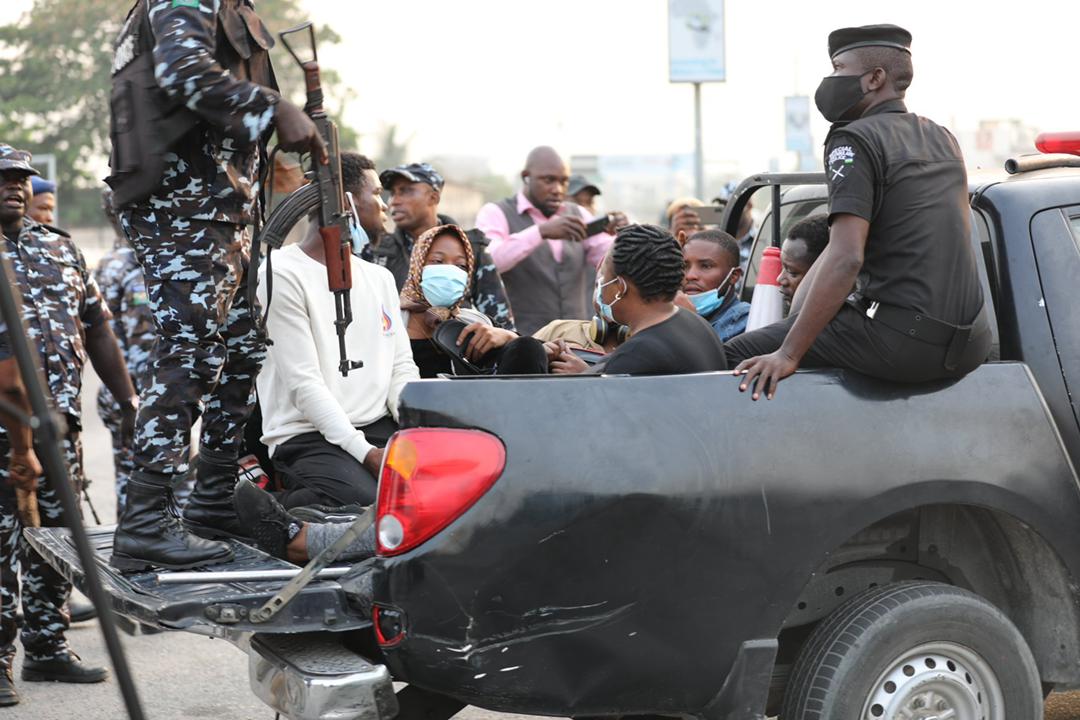 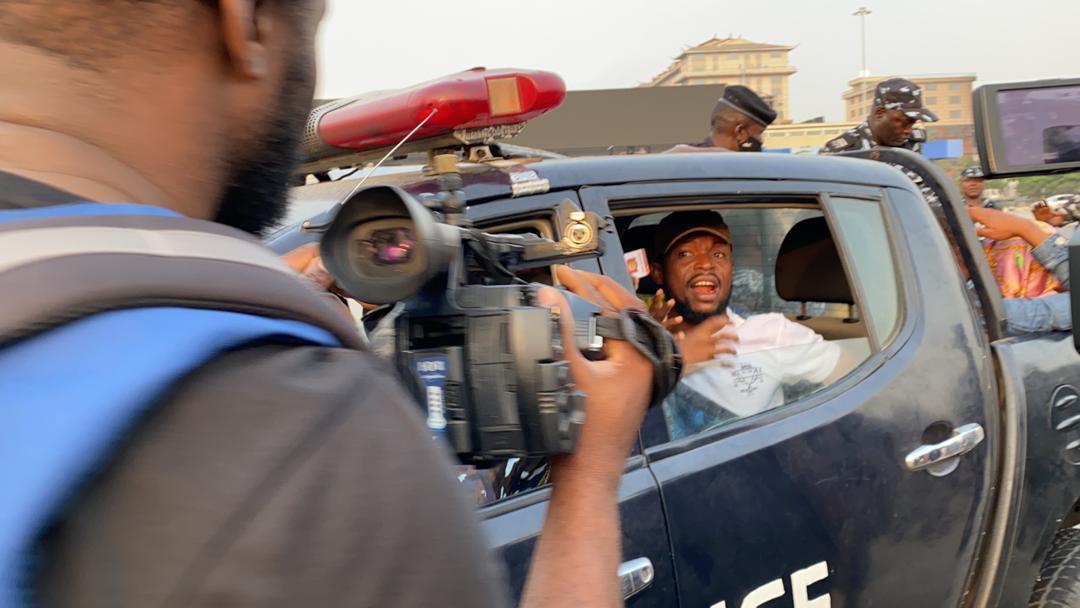 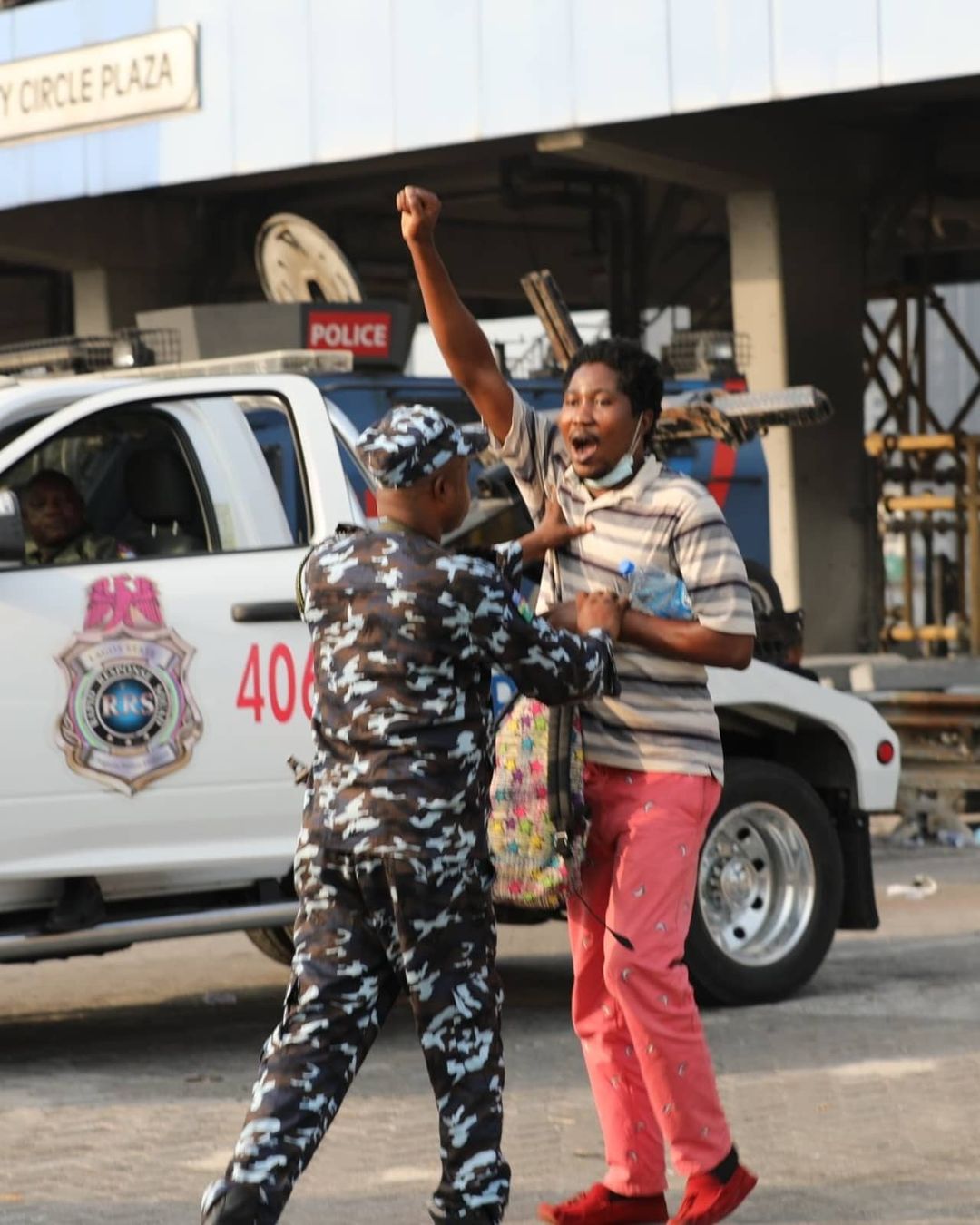 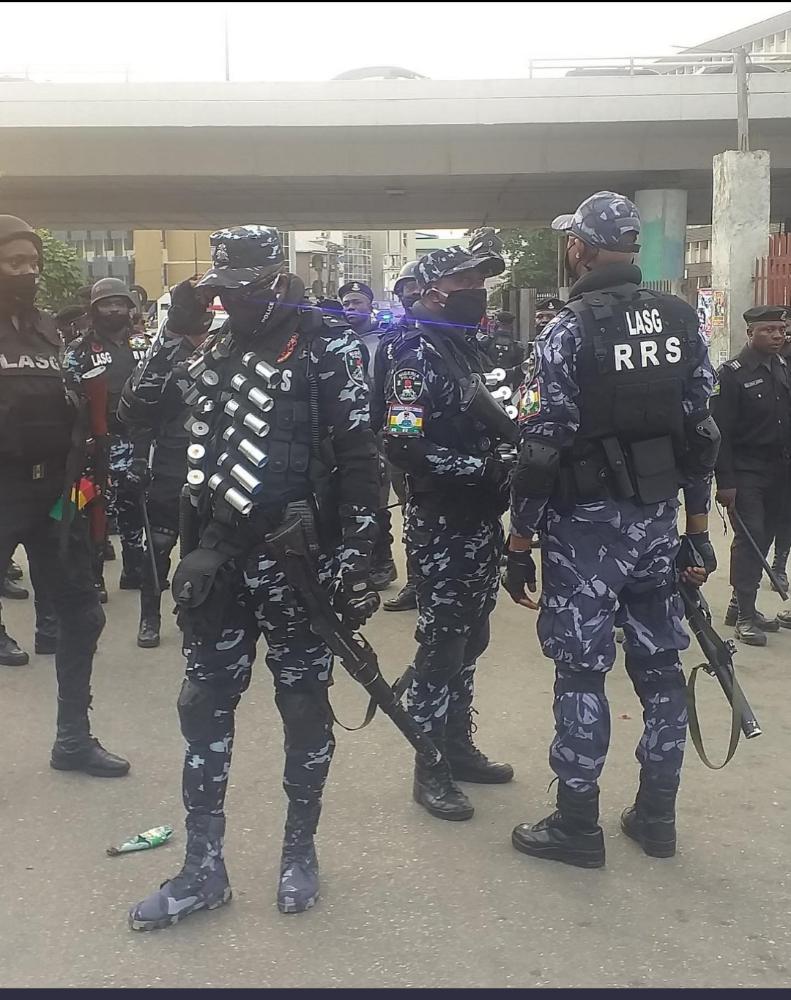 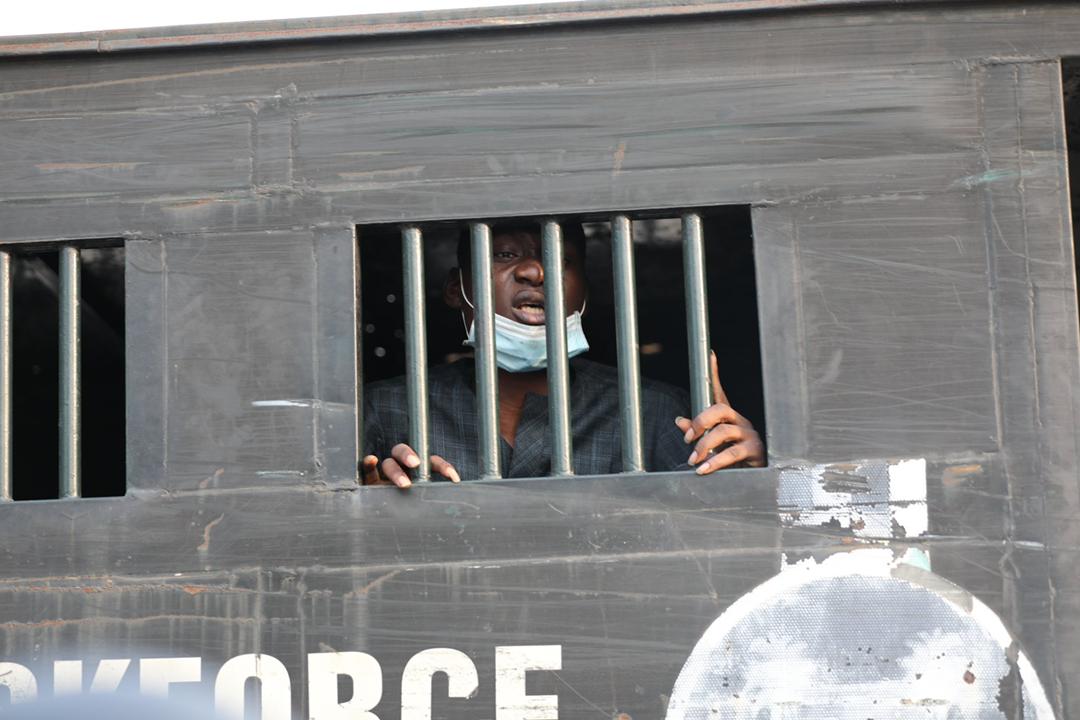 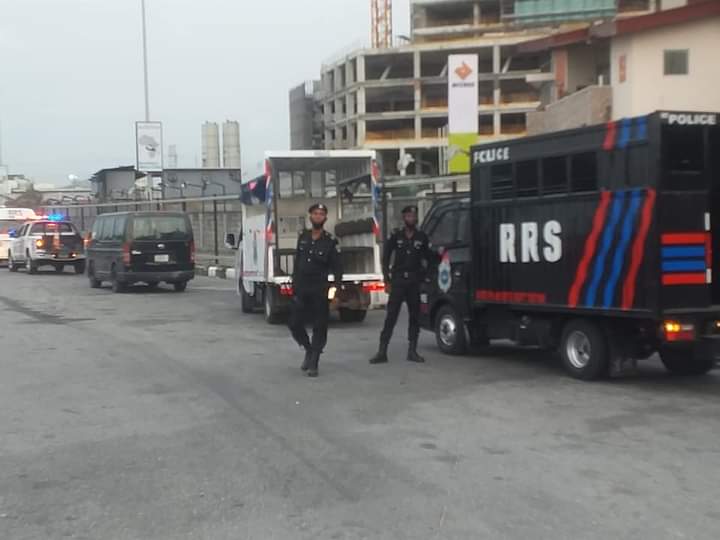 If the number of battle ready police that have occupied the planned scene of protests-Lekki tollgate by both #occupylekkitollgate and #defendlagos/#DemNoBornYourPapaWell since yesterday is anything to go by, then it’s obvious that the police command in Lagos have prepared for nothing short of WAR!

In what could only be described as a ‘show of force’, with the riot policemen wearing all their ‘intimidating paraphernalia of war’, as a way to maybe dissuade those who might be thinking of gathering to protest against and for the reopening of the toll gates, fully armed and well prepared policemen numbering close to a hundred, if not more have stationed themselves at the planned venue of the protest, waiting in anticipation for those who have said police or not they would gather to protest. (As we speak some arrests have been made, including that of social media comedy sensation-Mr. Macaroni).

As at last night till this morning of Saturday, February 13, 2021 on Valentine’s day, ground zero was getting set as the venue for the expected confrontation as the organisers of the planned protests, against the warnings issued by the police authorities have vowed to protest no matter what. The police before now had warned ahead, against any gathering of any kind, so in anticipation of whatever could happen, they have beefed up security all around Lekki and other parts of Lagos too, to forestall the expected violence, mayhem and destruction of properties that could be the order of the day, if the protests are allowed to go on and if same are hijacked by hoodlums whose only aim in the whole matter is just to steal/rob, kill and destroy.

In the aftermath of last year’s #endsars protest that swept the country and that terribly affected Lagos adversely, most have not yet fully recovered from what befell them since then. So many peoples sources of livelihood were destroyed as hoodlums in the guise of protests, visited mayhem on many people and businesses, totally wiping out some of the businesses in the process, many of these investments were not insured meaning total loss. Billions of Naira worth of goods were either stolen, destroyed or burnt to smithereens. So there’s the palpable fear again in Lagos, that this planned protest and counter protest, could again be the guise that many of these criminal elements/miscreants/hoodlums needs to perpetrate their evil all over again. Even the police have also claimed that they have the intelligence that such wanton destruction that might belittle what had already occurred before may have been planned already.

The particular trigger for this new protest though and the subsequent counter, is because the Lagos State Judicial Panel of Enquiry, who had been given the onerous tasks of probing the alleged killings of protesters that partook of the last #endsars protest by soldiers and suggesting ways to ameliorate the pains of those who had lost lives and properties, had decided to handover back the tollgates to its operators- the Lekki Concession Company to continue business as usual. This supposed insensitive action or pronouncement by the LSJPE must have touched many nerves and grated it badly, hence the idea to protest again and prevent the reopening of the tolls. The counter protest #defendlagos and #DEMNOBORNYOURPAPAWELL is said to be because they (those organising it wants to prevent the type of things that happened in October from occuring again).

The conservative estimate of the losses by Lagos during that mayhem and destruction that followed the #endsars protest of last year is put at about N1TRN. Some have even suggested that, it would take several years (decades) for Lagos to fully recover from what befell Lagos then.

FIRSTMONIE WALLET GIVES YOUR VALENTINE A BOOST WITH BONUS DATA AND AIRTIME
NOBEL LAUREATE-PROF. WOLE SOYINKA ACCUSES THE POLICE OF INACCURACIES (LIES) IN THEIR VERSION OF THE REPORT OF THE HERDSMEN INVASION OF HIS PROPERTY.
Comment