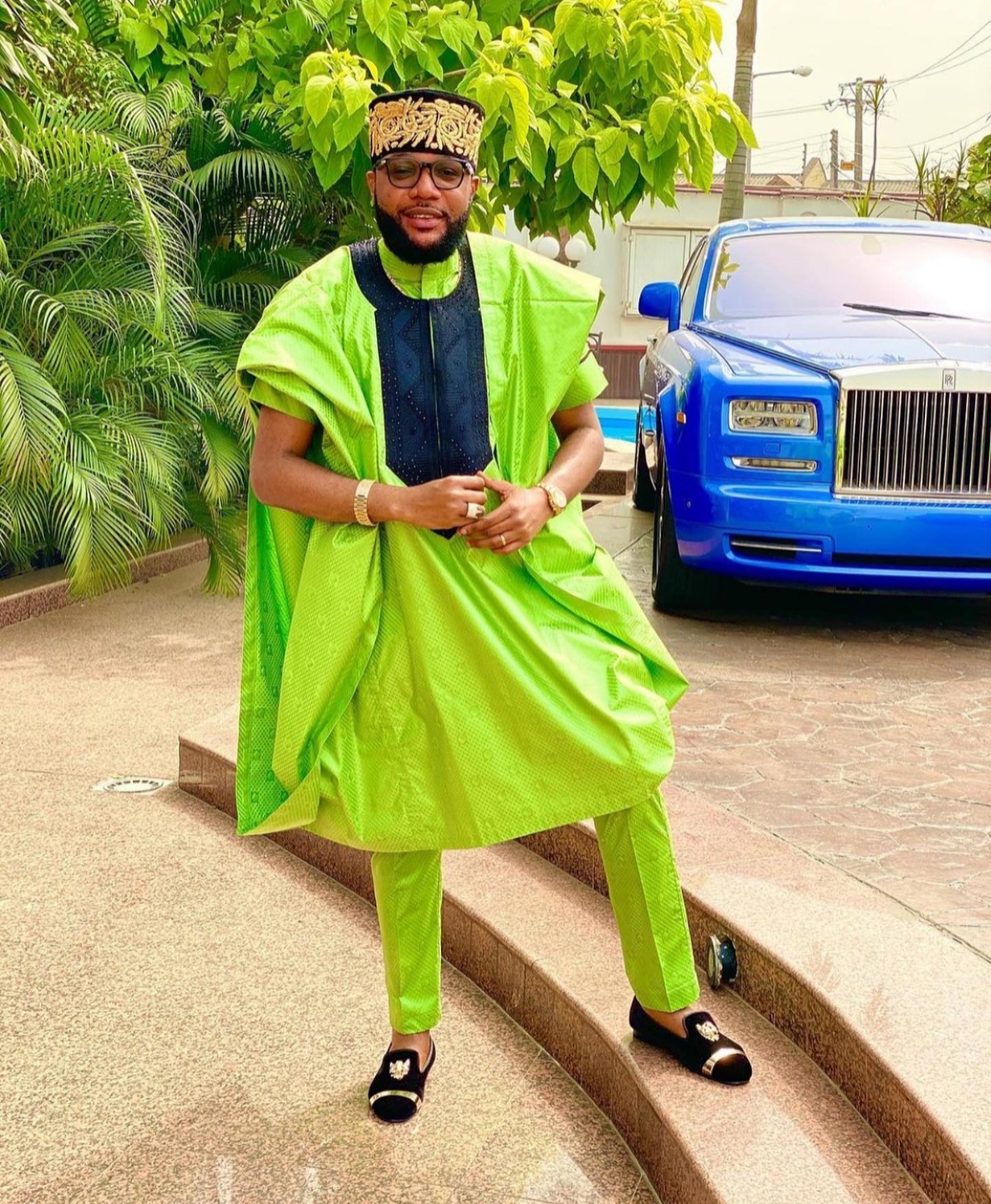 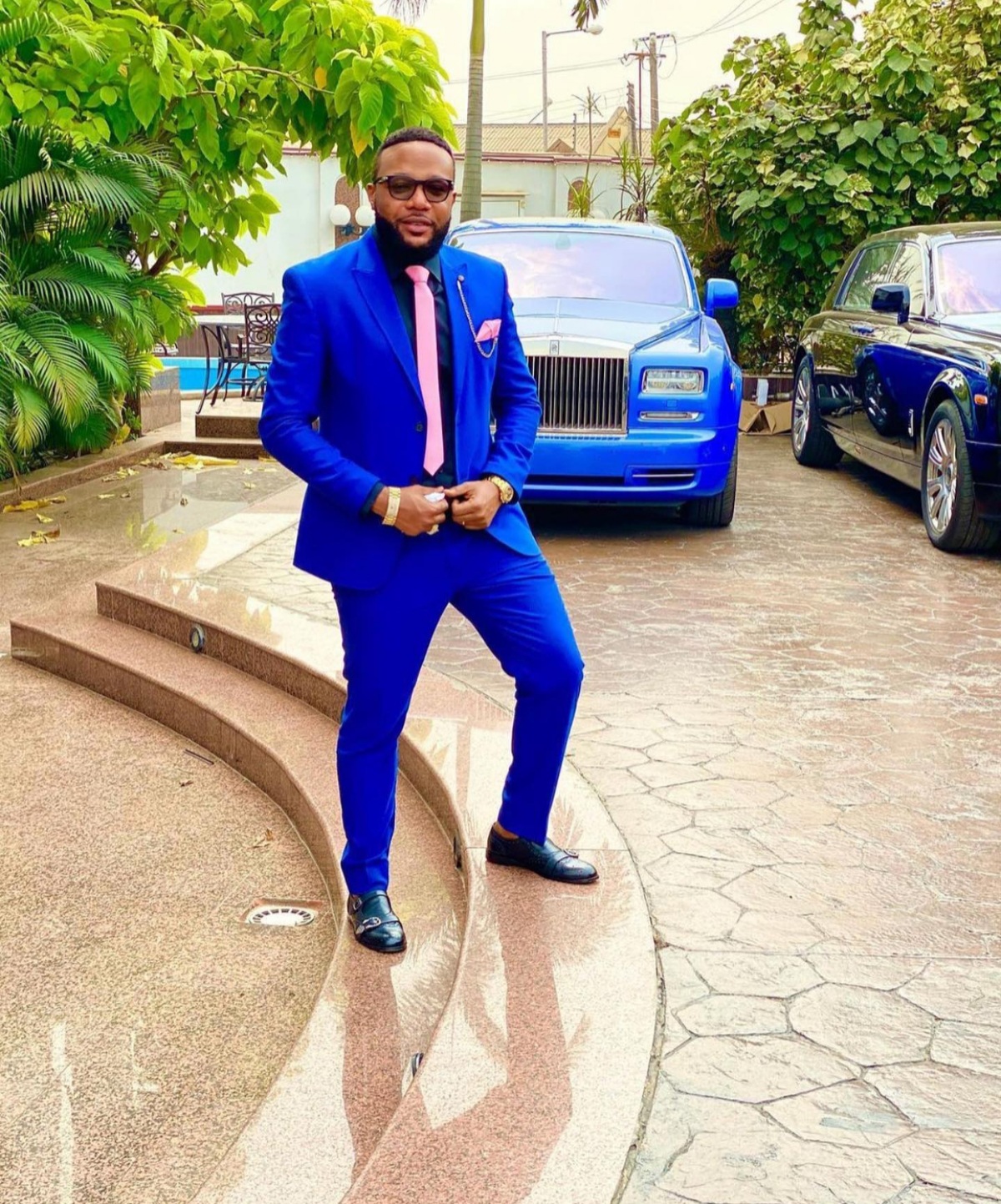 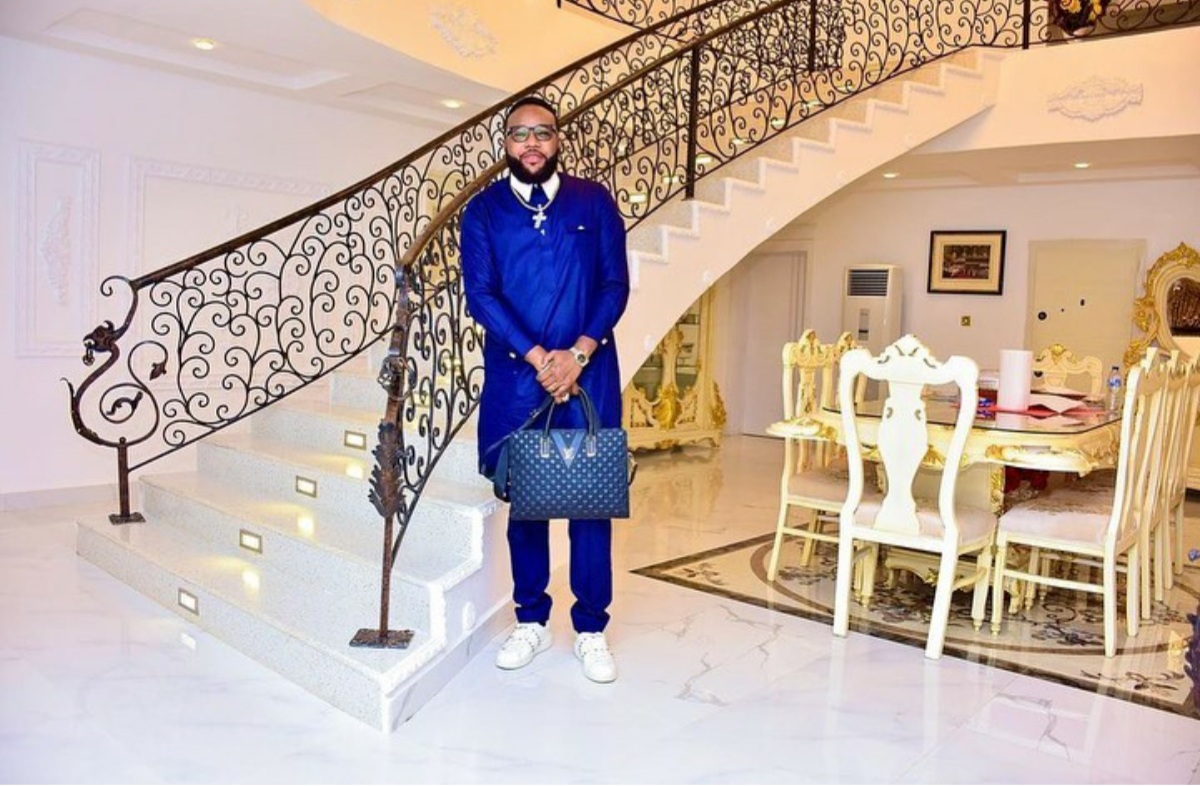 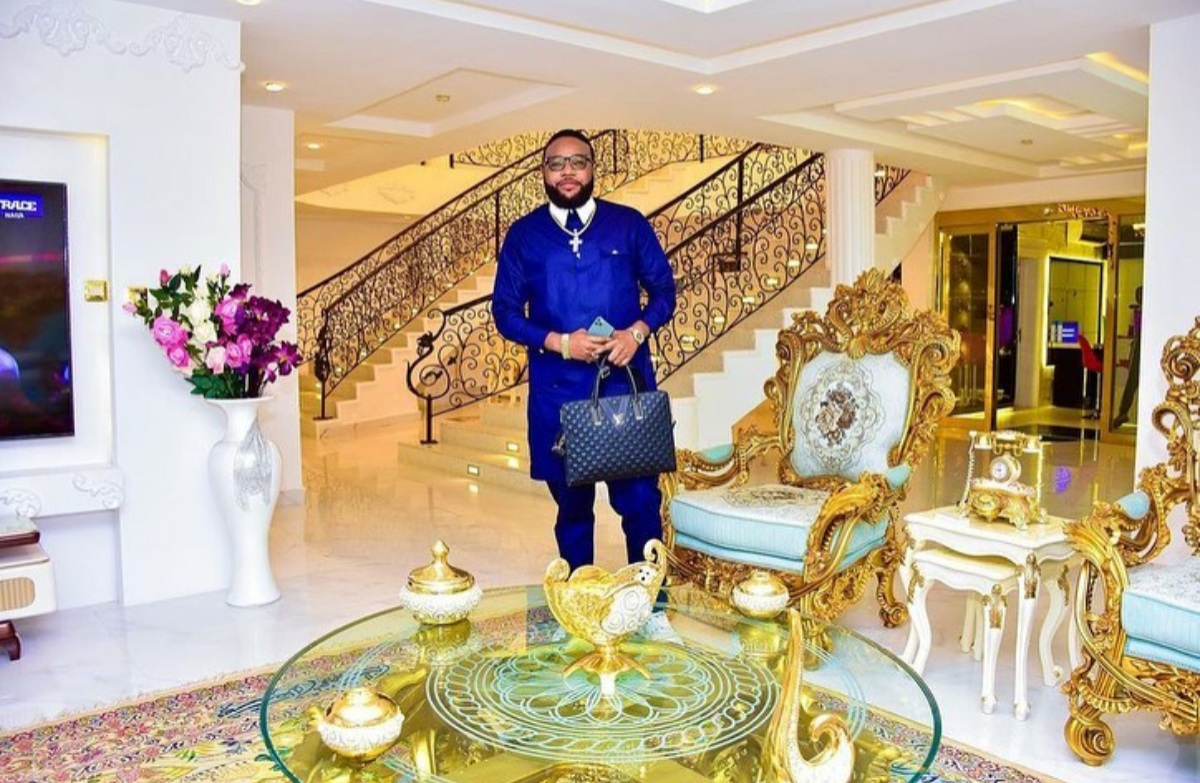 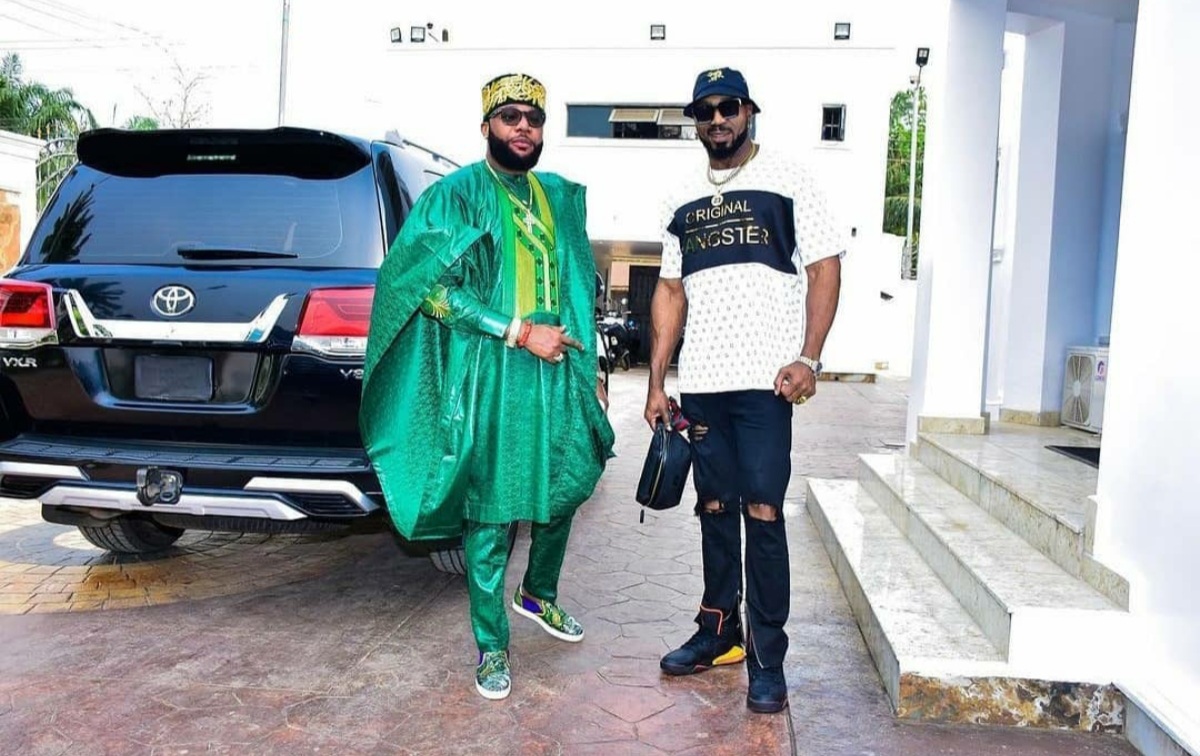 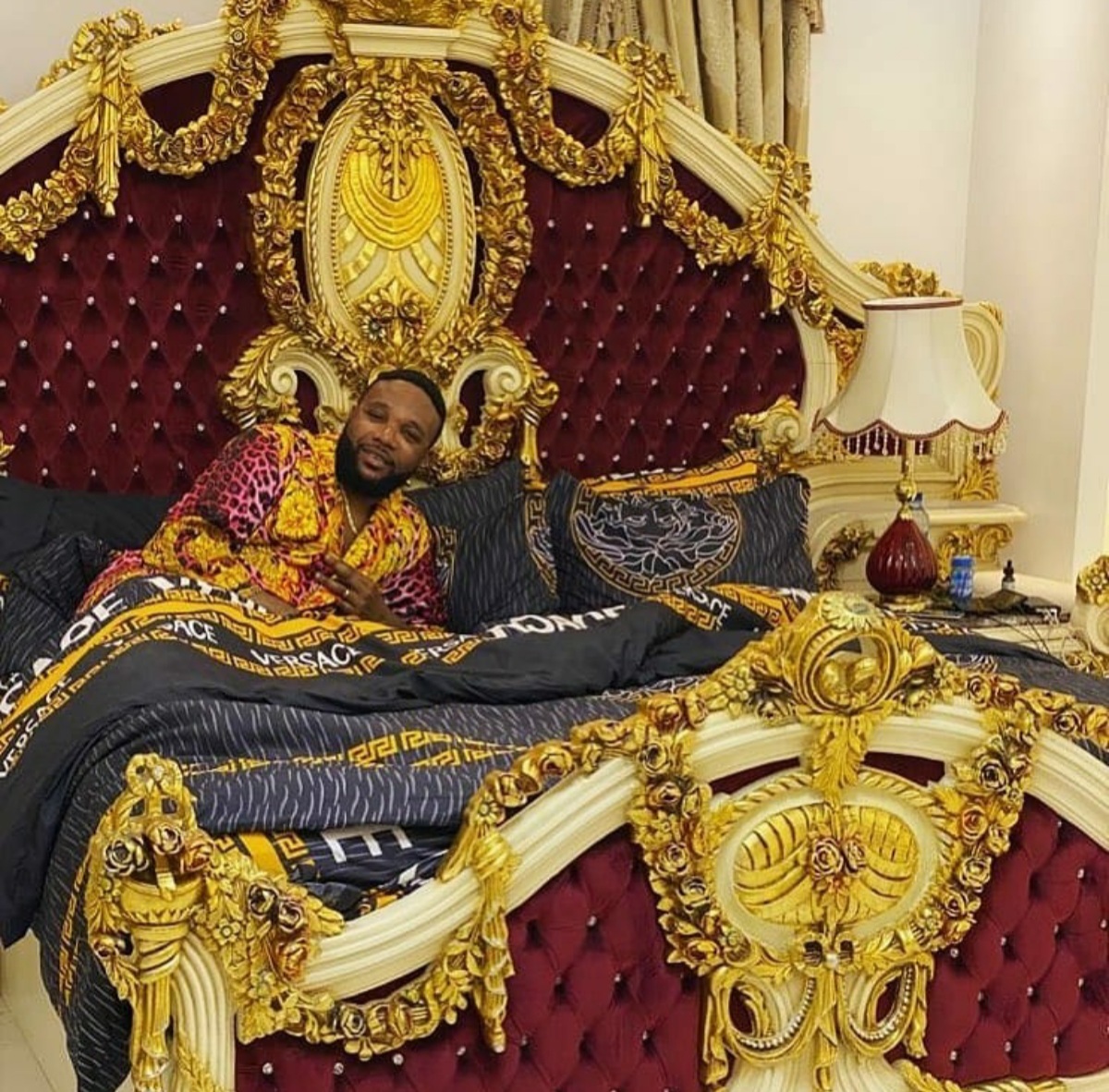 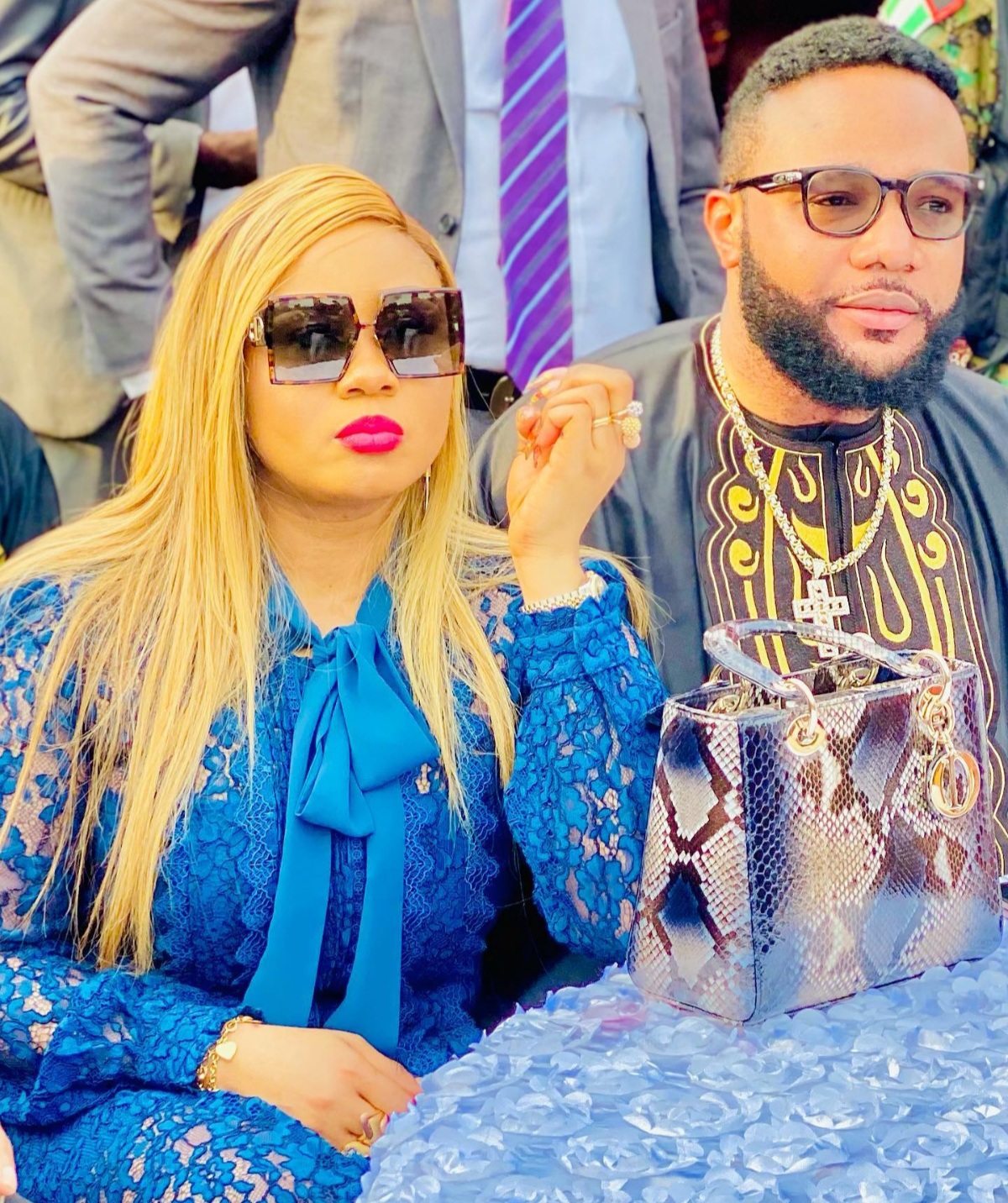 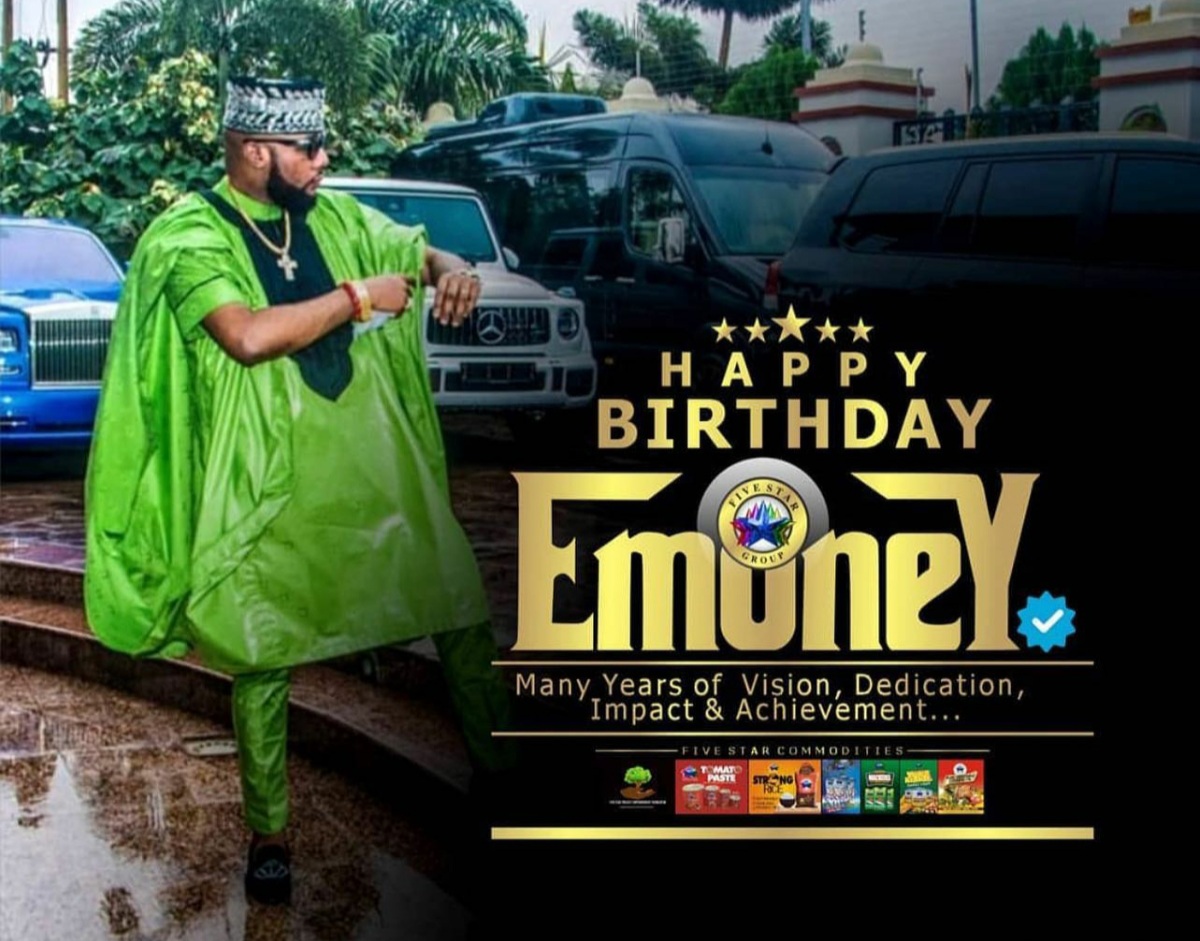 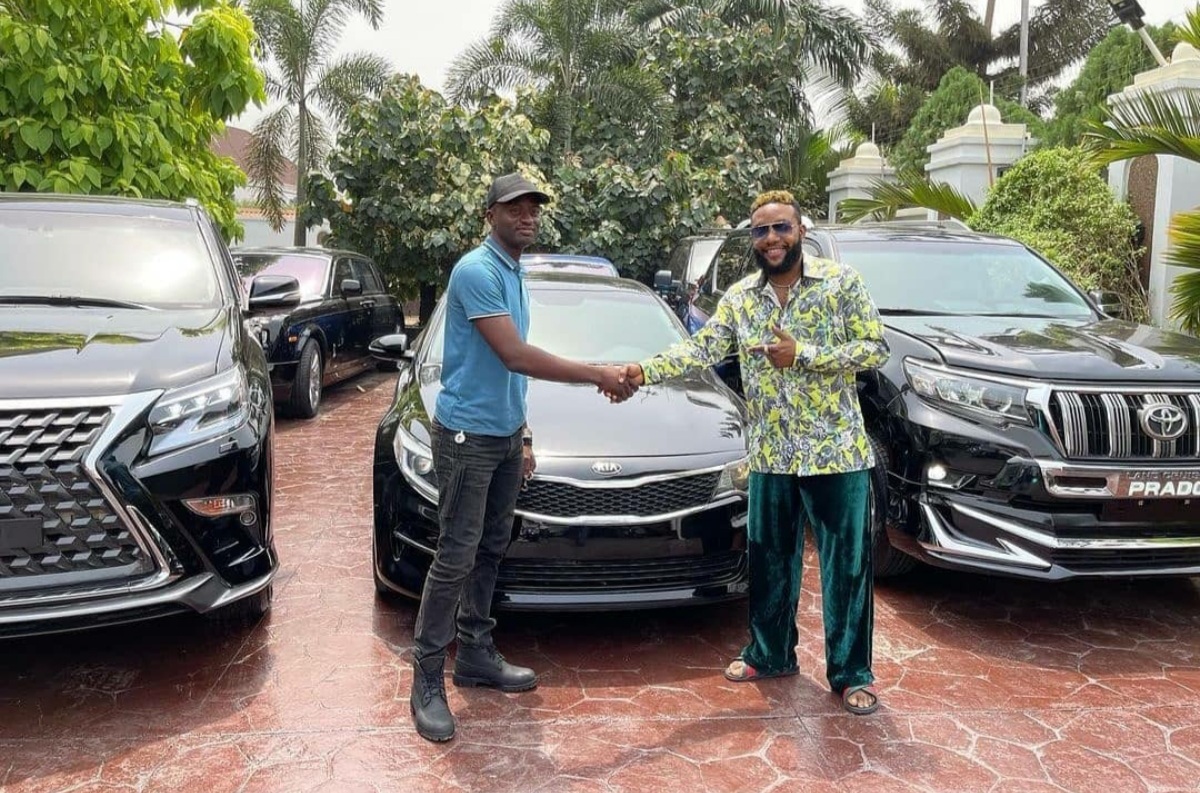 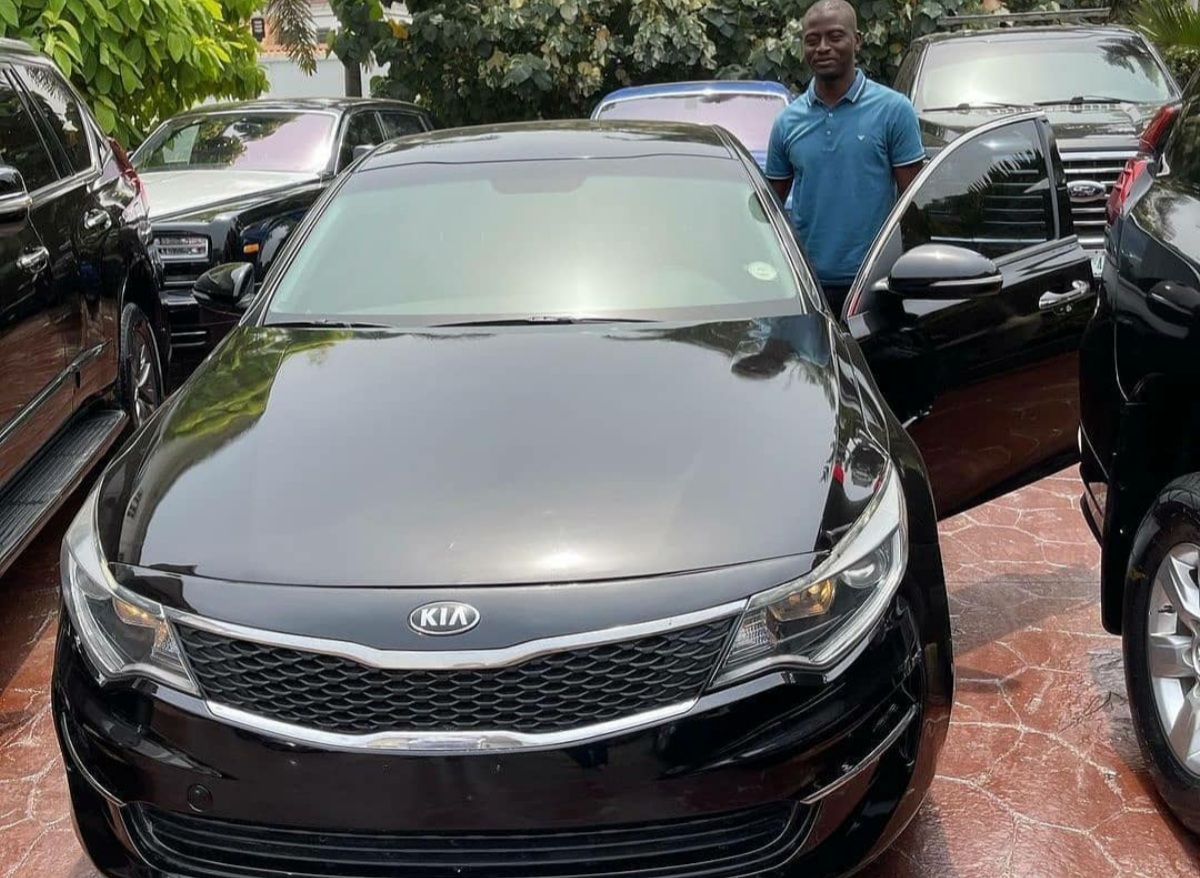 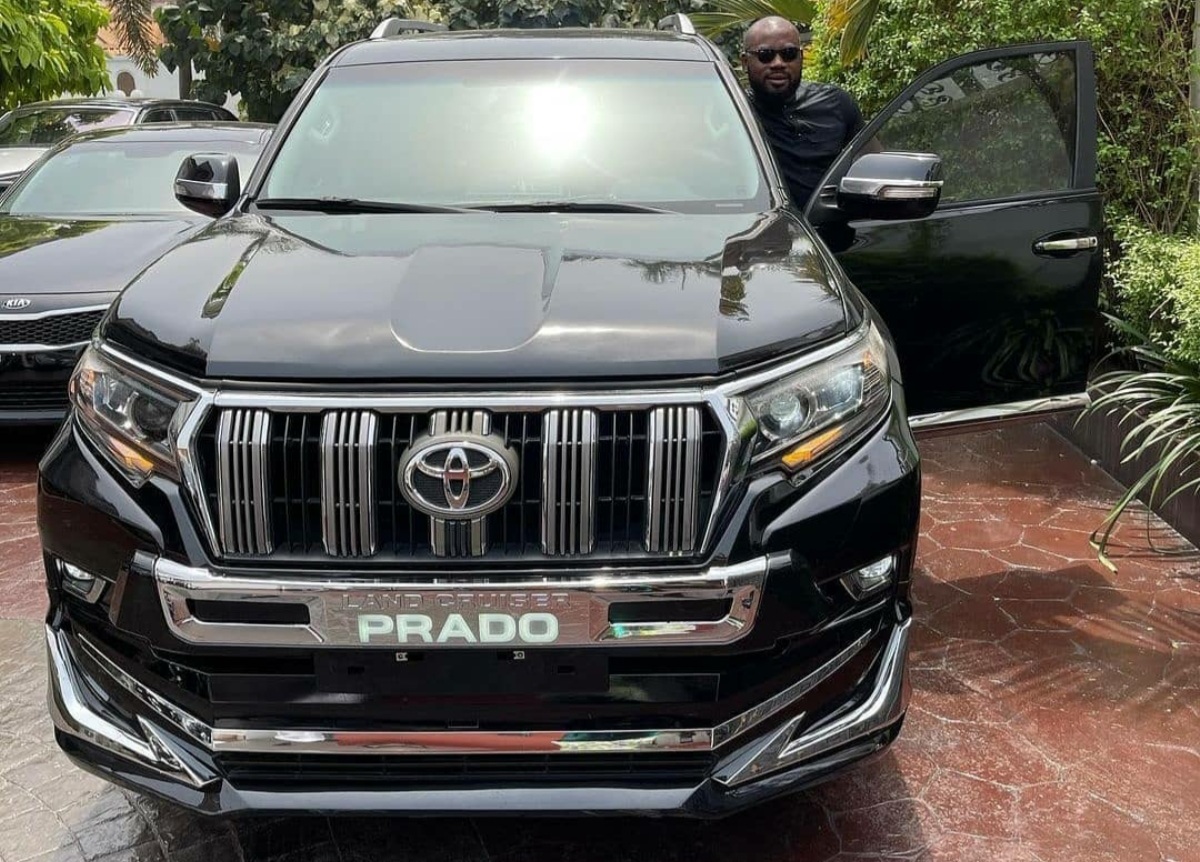 E Money Generosity is an inborn quality, something more in your subconscious. You either possess it deep in your spirit being and are able to discover and showcase it or you lack it totality, so much so that even if you own the world, you would still be as stingy as the poorest being that has ever existed.

Seems like E-money whose actual name is Emeka Okonkwo, the younger and super wealthy brother of K Cee, that award winning musician and record label boss, has generosity in over abundance. In fact it’s like it’s in every fiber of his being & in every liter of the blood that flows majestically from his heart through his veins and capillaries to supply all other parts of his body. The dude from the look of it, cannot just stop being nice, he exudes it, speaks it, look it, dress it and expresses it with much aplomb, in fact over aplomb if such an expression actually exists.

His legendary (heart of gold) has been spoken of in adulation by loads and loads of people around him, who have felt his kind touch one way or the other and enjoyed his unbridled magnanimity and he hasn’t stopped and doesn’t look like he would stop soon, as he just did it again, as part of his birthday celebration, sweeping his friends around him off their feet totally, as he blessed them with various chariots of intimidation that would have cost him several tens of millions amongst other gifts.

The ‘supposed billionaire’ and philanthropic businessman, who has as one of his investments a record label that he co-owns with his brother- Five Stars Music actually gave out birthday gifts to his friends and associates instead of him receiving as it should normally be. There was a Lexus SUV, a Land Landcruiser Prado SUV, a Kia Saloon car and other unbelievable gifts as they poured on deserving recipients. The gifts were actually presented on his behalf by his elder brother Kingsley Chinweike Okonkwo aka Kcee, who had many great music hits years ago like the crowd favourite Limpopo. E Money himself wasn’t in town, maybe he had gone to be with his immediate family of 4 abroad as his wife and kids supposedly lives in the UK, hence Kcee had to do the presentation. The presentation itself, was done just yesterday, Thursday, February 18, 2021.

As you all know every 18th of February is my brother E-money’s Birthday which is symbolic with gifting of cars and other valuable items to worthy and deserving individuals.”

“This year is not an exception as I am handing over the cars and other gifts to the beneficiaries on behalf of my brother who is presently not in town.”

“Happy Birthday to the best brother anyone could have, I pray for more of God’s blessings over you! @iam_emoney1 HBD to you again.”

E Money who got his now quite popular nickname because of the loud way he loves to spray money and his boundless generosity is acclaimed to be a billionaire by most. The fact though is that, the veracity of his billionaire status is yet unconfirmed, but there’s no doubt that he is a moneybag. The Ajegunle born dude just hit the big 40-FORTY.

His road to (wealth) actually began from him being in the clearing and forwarding business, then to full cargo business where he is alleged to have hit the proverbial goldmine as a supposed “shipping magnate via his Emmy Cargoes Nigeria (formerly Borisa Nigeria Ltd) which he founded in 1997. From the cargo freight business, said to be quite lucrative and very profitable, he reportedly also ventured and strategically invested in another virtual goldmine sector- the oil and gas and the rain continued unabated, consolidating what he already had in abundance so it seems, from here he began to extend his tentacles further as he moved also into real estate too. All of these long before he clocked 40 yesterday as he was born on February 18, 1981 and he is already swimming in unlimited wealth, as its obvious for all to see.

His properties both in Lagos and in the village are a statement in overwhelming luxury and intimidating class. His garages are so filled with some of the most humongous and intimidating machines that money can buy. His dress sense is very loud for the purpose and in your face, as he favours without apologies, outrageous colours and designs in abundance. Everything about him is not quiet at all, but meant to announce his status as new money bent on showing it. Even his security details, made up of several gun-toting policemen, are intimidating to behold and it’s like they are guarding a Governor or top Government official.

According to the legend, his wife and marriage may have contributed immensely towards what he is now. It was after his marriage ceremony in the village and on their way back from the village that he got the destiny changing call that he had won a $2M Dollars contract that became the seed of total change. From that moment onwards, it has been the upward swing continuously.

So every birthday since the money landed with authority with a massive and intimidating thud- GBAM!!!!! It has been one act of kindness after another, which was what he again did yesterday.

Happy 40th birthday and more grease to your elbow.

MORE TROUBLE FOR ALLEGED INTERNATIONAL FRAUDSTER RAY HUSHPUPPI ABBAS AS HE JUST GOT CONNECTED TO DEADLY NORTH KOREAN CYBER CRIMINALS.
FINAL NOTE ON THIS MATTER, SO SAYS HELEN AJAYI AS SHE CHRONICLES HER UNPALATABLE ENCOUNTERS WITH HER HUSBAND’S FIRST FAMILY (THE WIFE & HER KIDS).
Comment