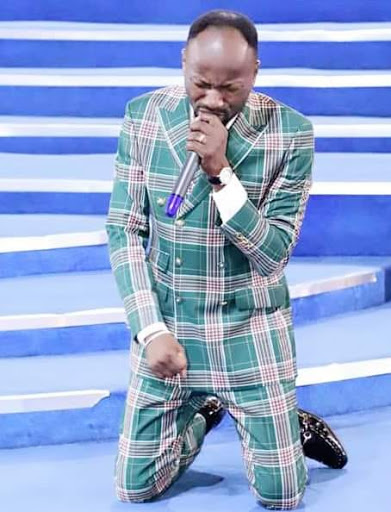 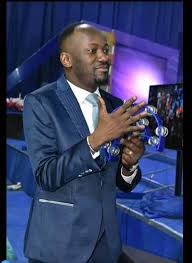 “In COVID (pandemic) I bought a jet; the third one. I have three. [I was praying for COVID-19 not to end because I was resting]. While people were complaining. my wife asked, ‘Can life be this sweet?’ Am I talking to somebody here?”

The part that hit people so hard was where he had said that he was praying for Covid-19 not to end! Just imagine such an unguarded statement! The avalanche of criticisms and condemnation that followed for such uncouth, irresponsible, heartless pronouncement was unprecedented. The general public came down hard on the brash man, so hard that someone even called him a businessman in church garb.

The avalanche of unpalatable condemnation must have gotten back to him, to make him to respond again, first claiming that the statement was a slip of tongue, then he further went on to claim again that a pastor that hates him had edited the video that had gone viral removing some parts.

“There’s a video that is trending about me. It was posted by a pastor against me. It was a programme I had in Abuja and I was trying to explain something about COVID-19. When they told me that I prayed for COVID-19 not to end, I said ‘me? I didn’t say that.’

When they brought the video, I discovered it slipped out of my mouth. There’s no pastor that will pray for Covid not to end. It doesn’t make sense.

I was talking about what happens around Covid, how families were staying together, how families united, how some people even made money during that process.

That was what I was trying to buttress and it slipped out of my mouth. I could not have prayed for Covid not to end, no pastor would do that. But he (the pastor) took that mistake, edited some part and blew it”

Ever brash, ever ready to take anyone head on and fight a perceived slight, the man didn’t just allow the whole matter of him buying his 3rd jet go like just that, he must have the last word as he then went further, “that those who are angry that he bought a third private jet will just die.

“If you are angry I mentioned three jets, you go just die. That’s the truth,” he said.

Proverbs 13:3; “Whoever guards his mouth preserves his life; he who opens wide his lips comes to ruin.”

Ephesians 4:29; “Let no corrupting talk come out of your mouths, but only such as is good for building up, as fits the occasion, that it may give grace to those who hear.”

1 Peter 3:9; “Do not repay evil with evil or insult with insult. On the contrary, repay evil with blessing, because to this you were called so that you may inherit a blessing.”

Proverbs 16:24; “Kind words are like honey – sweet to the soul and healthy for the body.”

James 1:26; “If anyone thinks he is religious and does not bridle his tongue but deceives his heart, this person’s religion is worthless.”

And finally- Colossians 4:6; “Let your speech always be gracious, seasoned with salt, so that you may know how you ought to answer each person.”

ON TO THE NEXT FOR AFRICA’S BRIGHTEST STAR- ALHAJI ALIKO DANGOTE AS HIS DREAM TO OWN ARSENAL FC GAINS MOMENTUM AS HIS MULTIBILLION DOLLAR REFINERY & FERTILISER PLANT NEARS COMPLETION IN 2021.
WHERE IS THAT UNRIVALED ENIGMA JIDE OMOKORE WHO BESTRODE THE SCENE LIKE AN UNRELENTING BUSINESS COLOSSUS JUST A FEW YEARS BACK? The lord of money has totally gone into an anonymous cocoon it seems! Who would rouse the giant again?
Comment