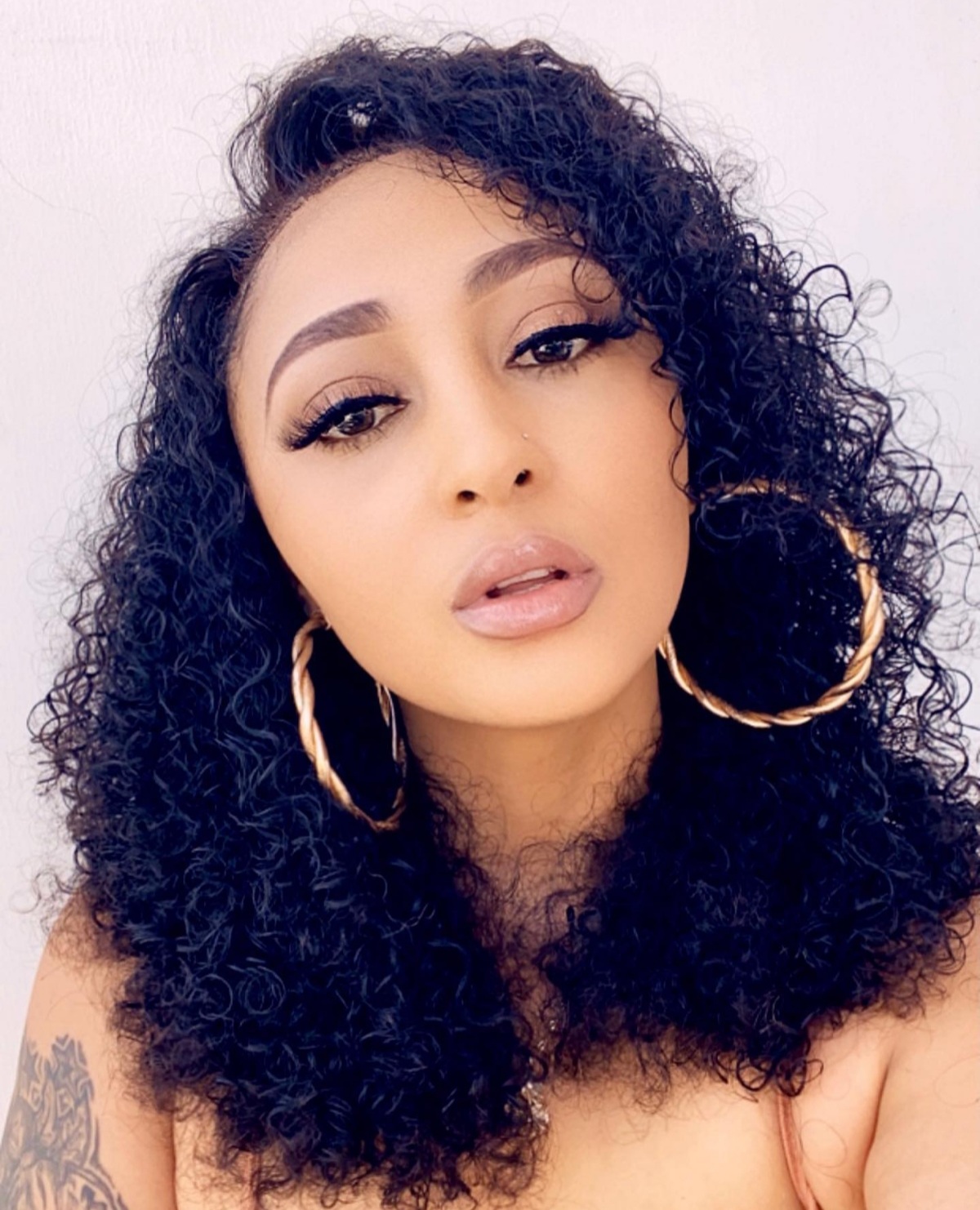 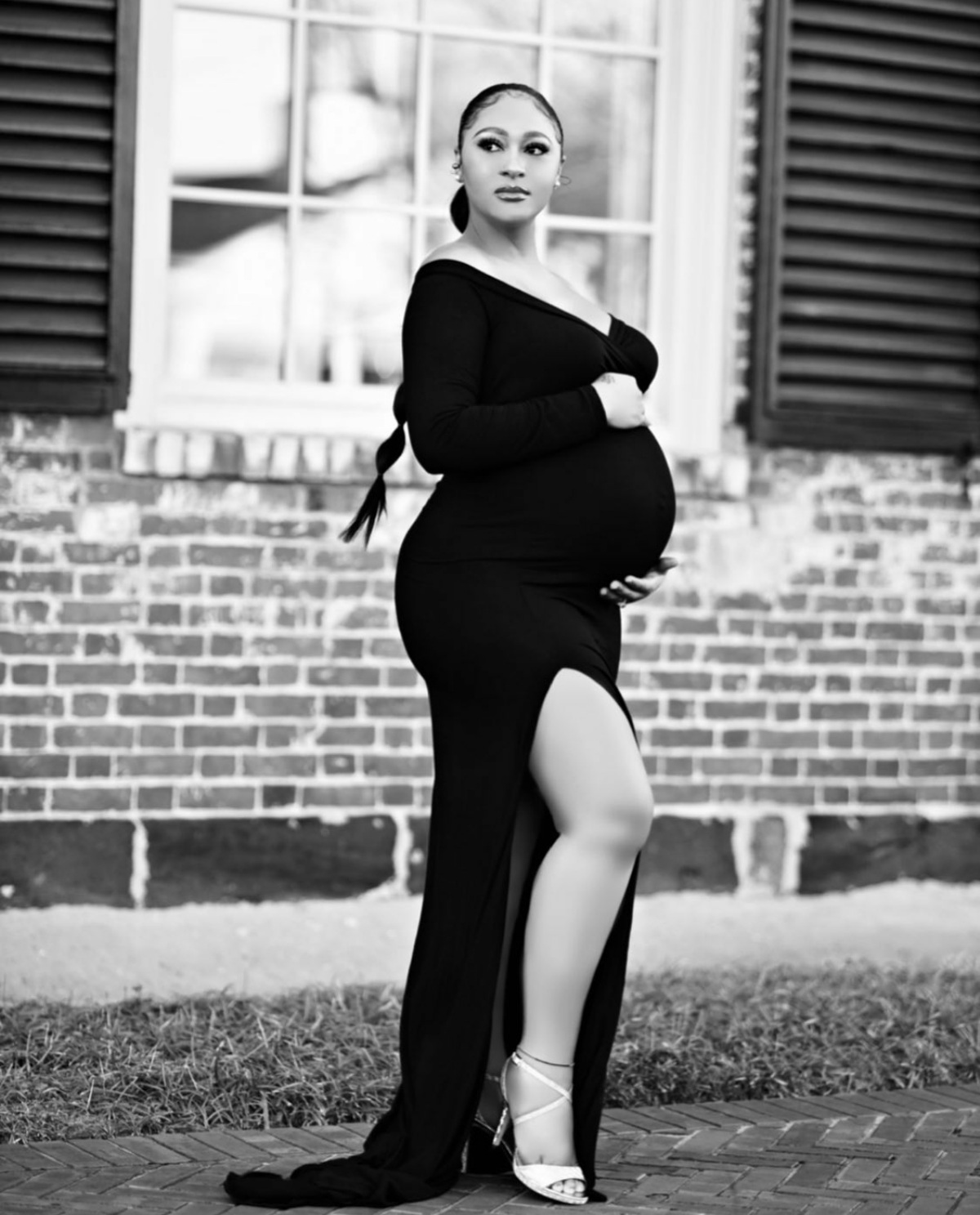 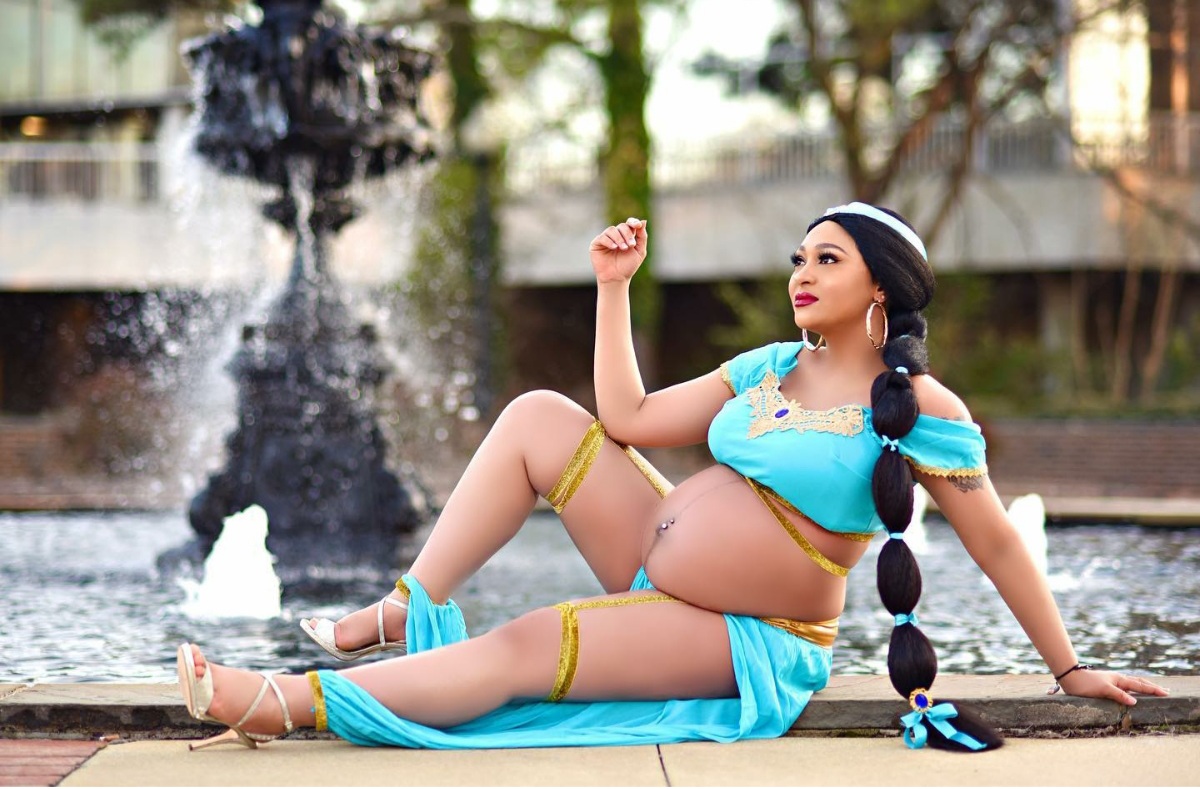 Seems like the reason for letting the cat out of the bag not too long ago about their secret wedding and subsequent marriage, that’s talking about Tonto Dikeh’s ex-husband Churchill Olakunle and his (new) wife actress and model Rosaline ‘Rosy’ Meurer is coming out more clearly now. And it’s because, she (Rosy) was apparently quite heavy then though not obvious.

So it was better that her (status) as a ‘legal wife’ be already sorted out and out of the way in the minds of the people, so she wouldn’t be erroneously tagged a ‘side chic’ who just got slammed and became a “baby mama”. Which is one way that people out of spite tend to tag an ‘unmarried mother of a child’, as if it is a plague to fall into that category in the first place.

So Churchill and new madam, being always very strategic in the steps they take and always thinking ahead, not wanting any supposed negative clouds (energy) about them and wanting a clear path, made that revelation near a month ago, that they had actually been a couple now under the radar going 2 years. Now what may have particularly pushed them to do what they did, where she made it crystal clear that she wasn’t the reason why Churchill’s marriage to Tonto broke down irretrievably, as now been revealed, which is the birth of this their new bambino, a bouncing baby boy!

With this new reality, King, that’s Tonto’s only son and child for Churchill now has a half-brother to play with! Yippee!!!!

The proud father of the new baby, who his former wife Tonto, publicly slammed and shamed as a 2 minute wonder, gleefully & with heartfelt prayers announced the birth of his new son via Rosey today, Tuesday, March 9, 2021 on is page thus-

“IT’S A MOMENT OF BLISS AND CELEBRATION TO US AS I ANNOUNCE THE COMING OF KING CHURCHILL JUNIOR, …FROM MY FORMATIVE YEARS I HAVE ALWAYS HAD THE ROYAL TAG OF “KING” FOR MY KIDS TO BE GREATER THAN THE FATHER.”

“AHEAD OF THE MOTHER’S DAY, I SAY A BIG CONGRATULATIONS TO MY LOVELY WIFE FOR THIS GREAT TESTIMONY. THIS DECISION I MADE TWO YEARS AGO IS NOT A MISTAKE BUT A DIVINE ORDINATION.”

“MY LITTLE KING, WELCOME TO THE WORLD, A GREAT ADDITION TO THE FAMILY. YOU SHALL GROW WITH THE WISDOM OF GOD, DIVINELY PROTECTED AND FLOWING WITH THE OIL OF GRACE. MY SON “KING 👑 CHURCHILL “, MY ERNEST PRAYER IS THAT YOU WILL BE GREATER THAN YOUR FATHER AND YOUR PEERS IN ALL ATTAINMENTS.”

“THANKS TO EVERYONE FOR THE PRAYERS, SUPPORT AND LOVE!!!”

BISHOP (DR) OYEDEPO OF WINNERS CHAPEL UNVEILS PLAN FOR THE N50BILLION RATED 106,000 CAPACITY AUDITORIUM TAGGED THE ARK. Project starts this March 2021 and most likely would host Shiloh 2022.
NIGERIA ON THE RISE AGAIN AS US BASED NIGERIAN COMEDIC GENIUS ‘SEYI BROWN’ GETS NETFLIX’S NOD & APPROVAL. AS HE BECOMES 1ST NIGERIAN STAND UP COMEDIAN TO GET STREAMED.
Comment