.David Wej is a rapidly growing fashion and lifestyle merchandising brand based in Lagos, the economic capital of the most populous black nation on planet Earth- NIGERIA. To succeed in Lagos or better still in Nigeria, with all the bottlenecks that are prevalent and that acts as unnecessary weights to bring one down is not a little issue at all. So when you are able to take on all those issues and succeed against all odds and succeed well at that, then one has earned the stripes and one can be carried high up and celebrated and may even be tagged a ‘master of the game”, amongst the several of those that have tried and come out tops.

David Wej is just one of those.

If about 10 years ago, they had said that sometime in the nearest future, London, one of the avowed and undisputed fashion capitals of the world, known for discovering emerging fashion brands and helping to propel or shoot them up to the world, would soon stand up to embrace and welcome a Nigerian fashion brand, would soon feel and experience the power of Nigeria especially in fashion merchandising, some may have doubted it. But what they may have doubted then is what is about to happen and become a reality now. And not just anywhere for that matter, not just in one anonymous cocoon just for mention or pretence, so that one can use it just for the sake of bragging. It is actually in ❤ heart of London, where some of the best brands are loud for a purpose and showcasing to the world- Oxford Street! That melting point where all gathers.

And not done yet, it’s not one little inconsequential space that’s just tucked in one obscure location on Oxford Street, it’s a corner piece for that matter, from where the fashion/style gospel according to ‘David Adedayo Eweje’ would be preached effortlessly and stylishly via his platform [David Wej Lagos in London] to the world. Dayo Eweje the fearless, unrelenting and unrepentantly optimistic initiator, the brain behind the fearless and fiercely Nigerian brand, is living true to his name David, like that all conquering ‘king and prophet’ in the scriptures, who valiantly and gallantly faced the most brutal enemy of his nation Israel and performed what was thought to be an impossibility, when he surmounted and defeated the crass and uncircumcised giant Goliath of the Philistines. It was also that David that took Israel to become the then super power nation of the world, before his son Solomon came and had a peaceful, most filthy rich reign.

The new era, or better still modern day Goliath, that this David has sought to defeat is London and he seems too well equipped to do so, having carried his own 5 smooth stones from the brook. All things being equal, maybe by the end of March entering into April of 2021, his labour of love and his first entry into the ‘international fashion merchandising world’, would be declared opened with pomp and following the little hype that has heralded it even before the doors are declared opened, most are already so eager for the store to open, so they can buy, buy and buy.

The Oxford Street store by Great Portland to be more precise- ‘David Wej Lagos’ would be the international flagship of the growing international brand as they shift attention from just playing in the local market and moving into the international market. The store would stock the brands highest grade products. While the store itself would be for physical shopping, the basementof the same would handle all that has to do with online services of all kind.

The ‘David Wej brand’ as you can already deduce, is an eponymous label named after the brand owner, [David] Adedayo E[WEJ]e in his 40s. It began a few years ago, 13 years ago to be more precise with lofty dreams in Lagos, Nigeria as one small store that felt it could contribute its own quota in the fashion merchandising business. Selling shirts, suits, pants, shoes and other accessories. Before one could say D a v i d……the market which normally consumes those that comes to it, had welcomed them gladly with open hands, a testament to the quality they offered at very competitive prices too and they actually grew in leaps and bounds and quickly too. as they extended the 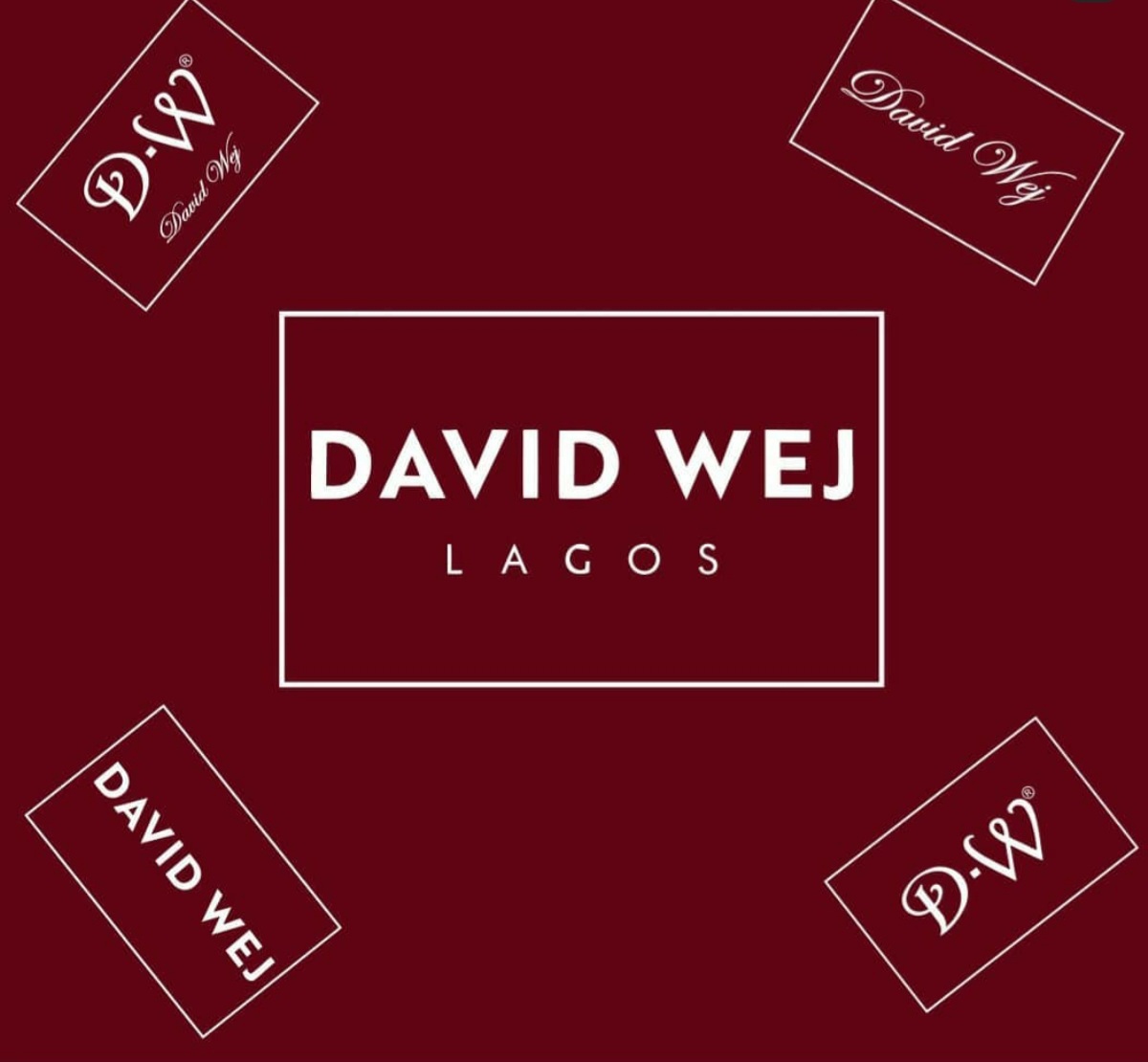 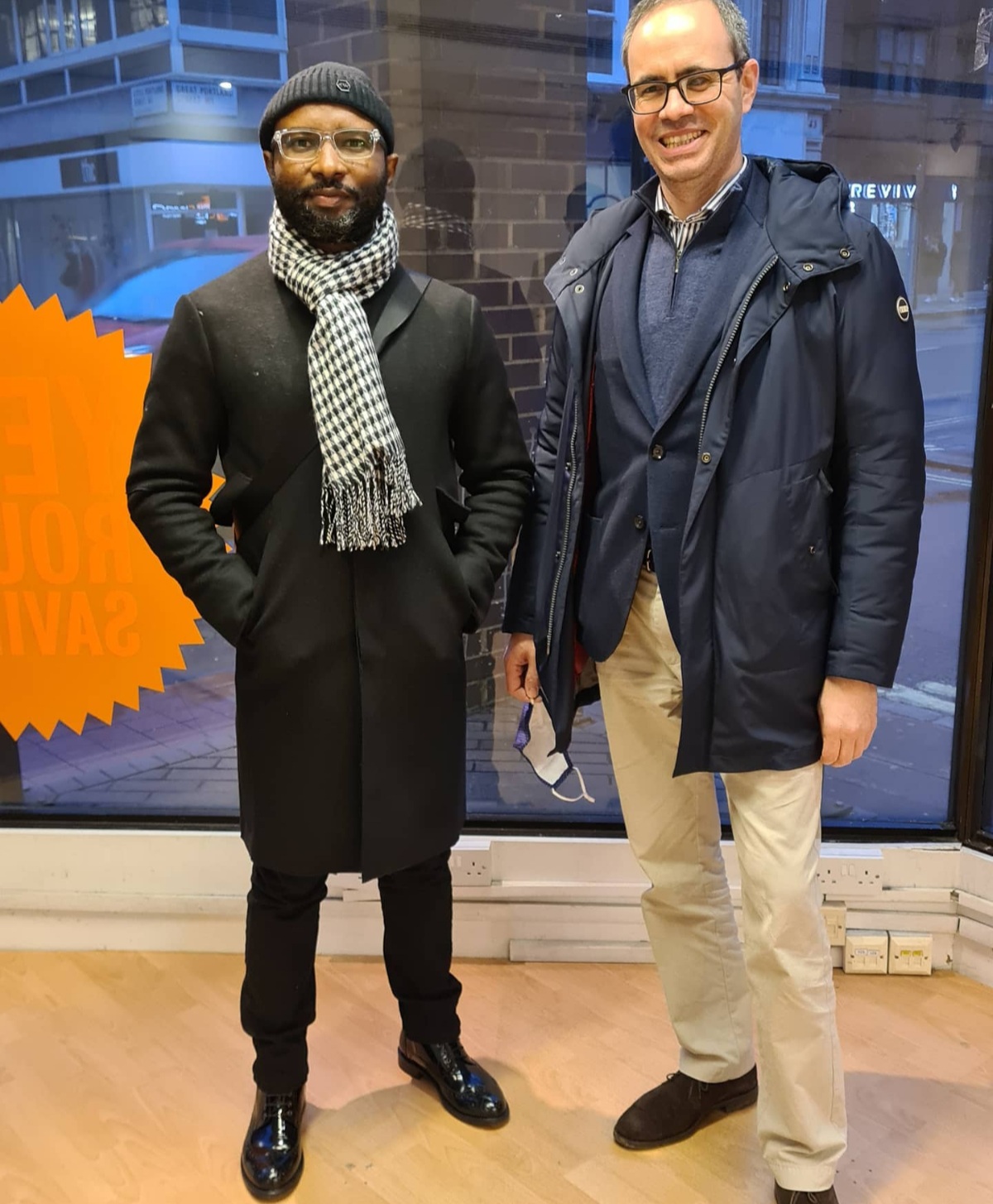 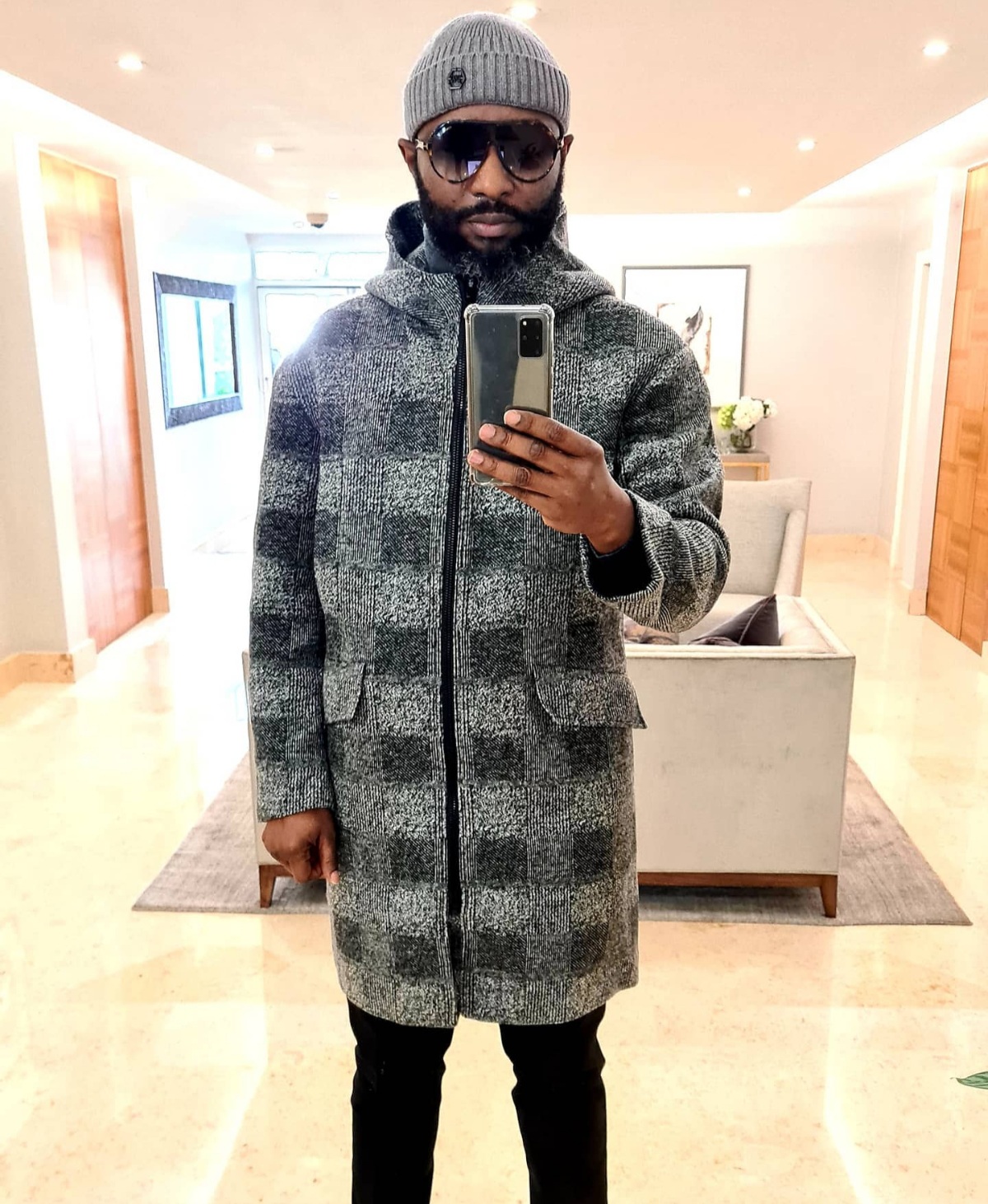 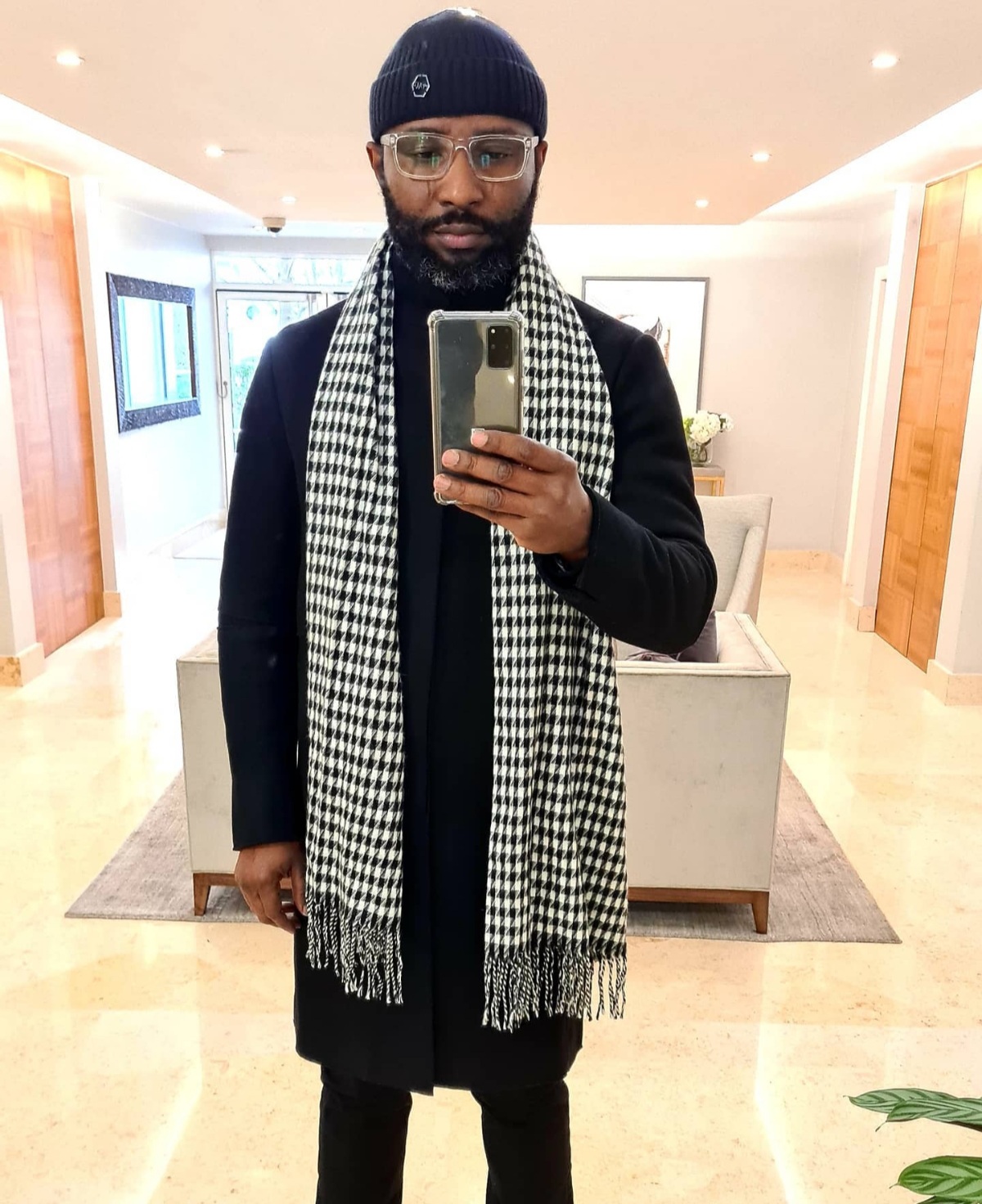 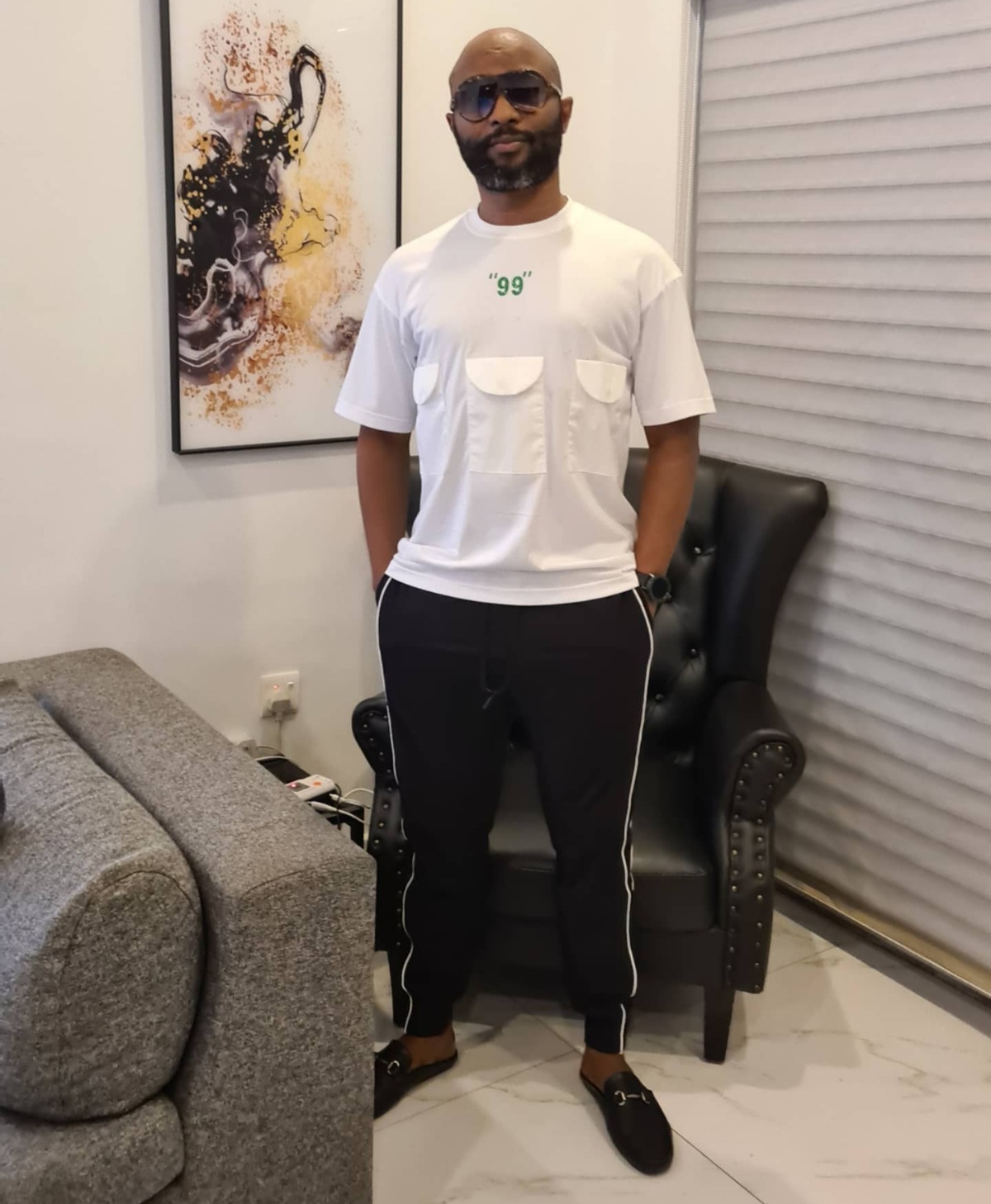 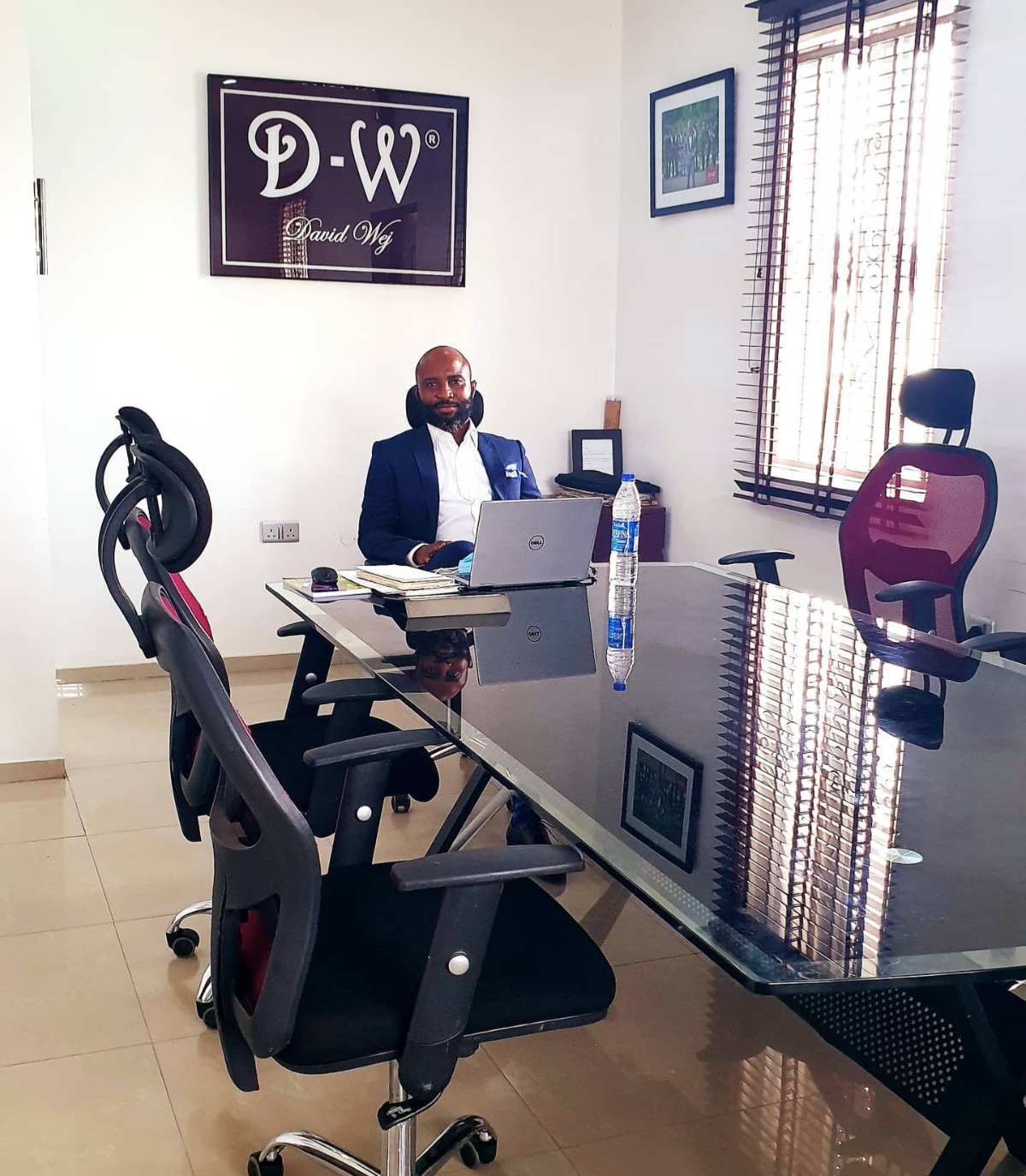 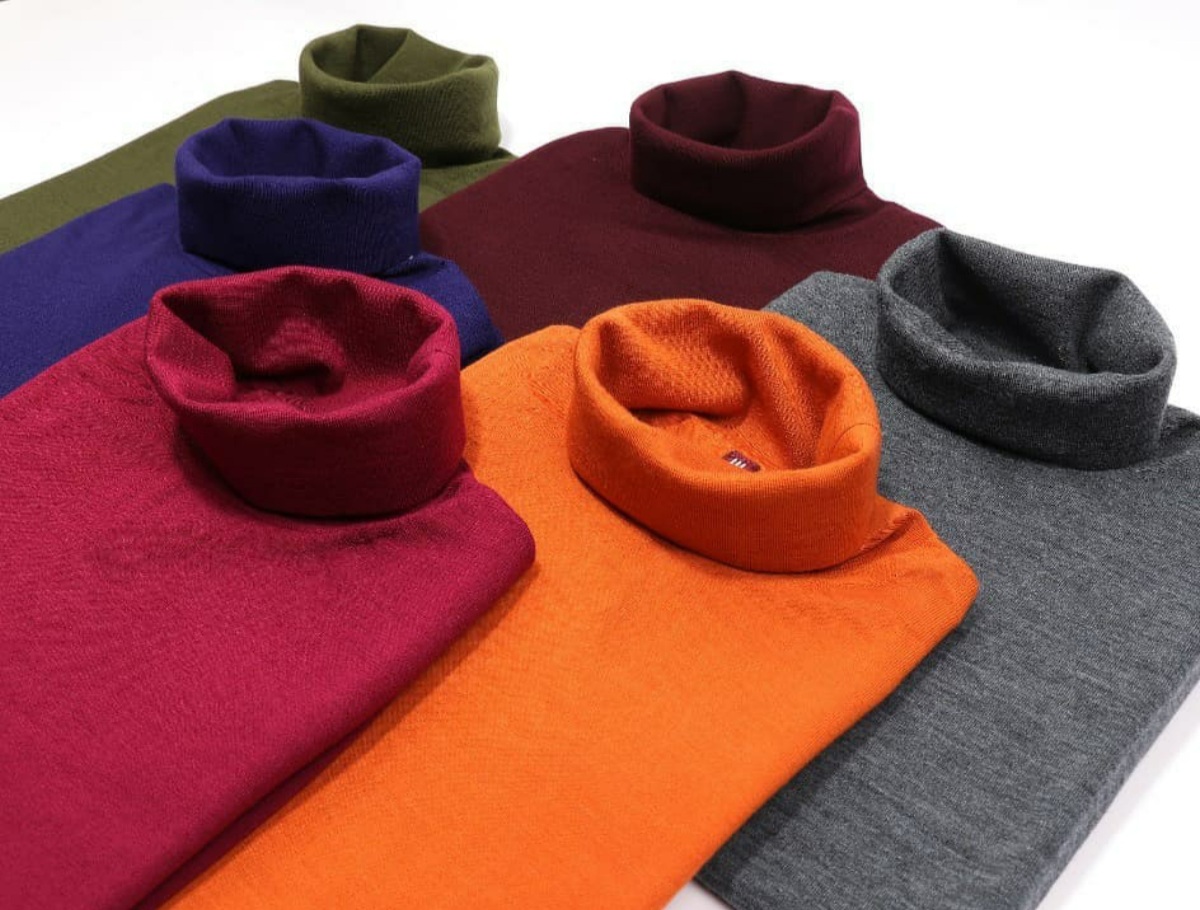 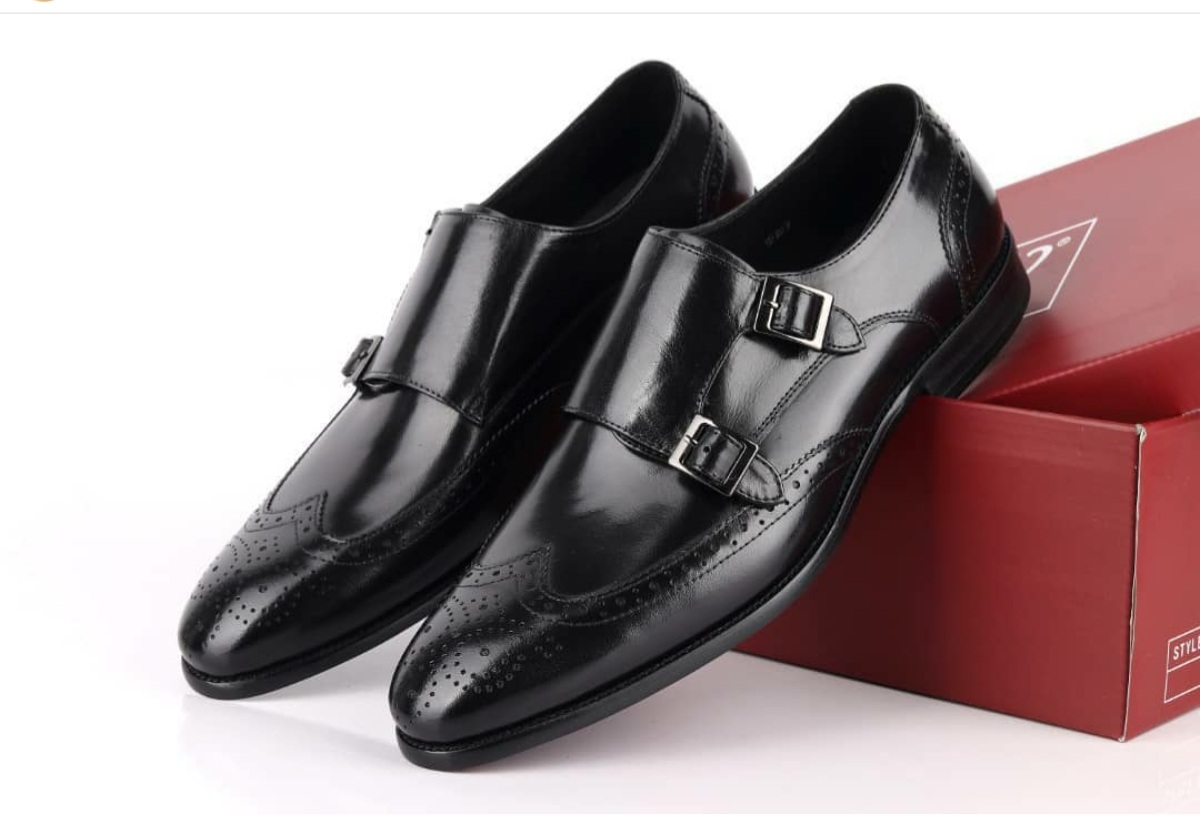 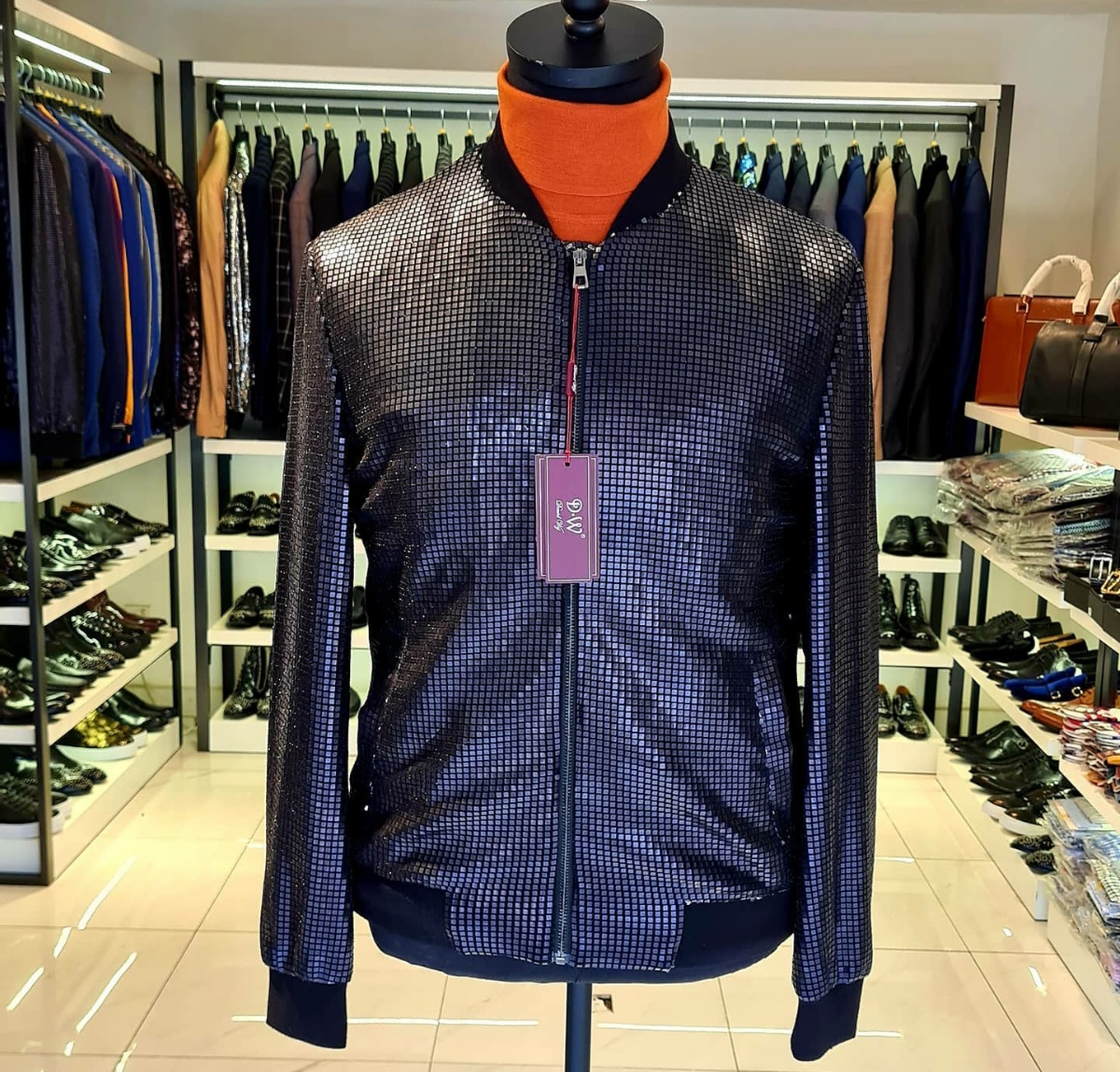 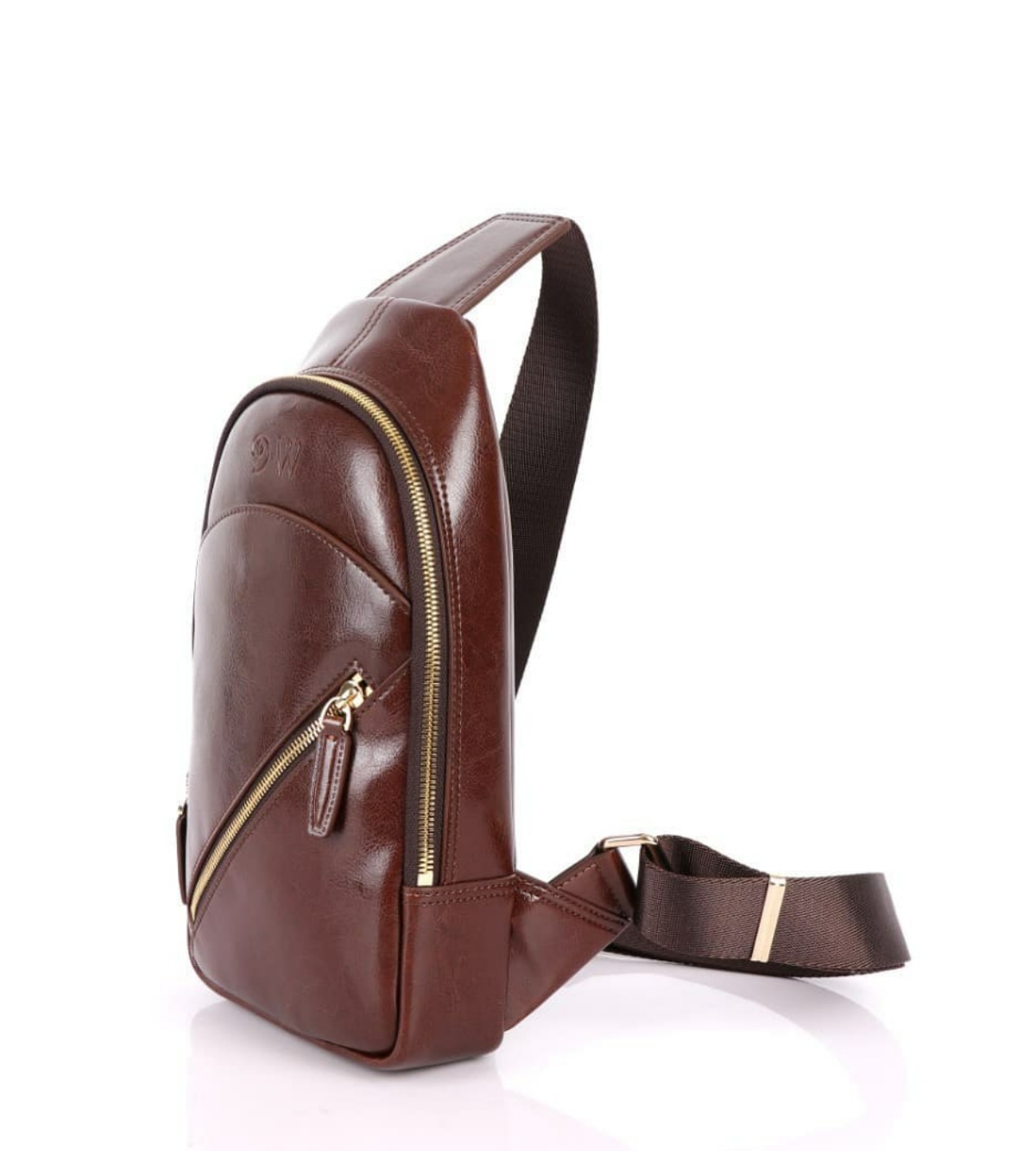 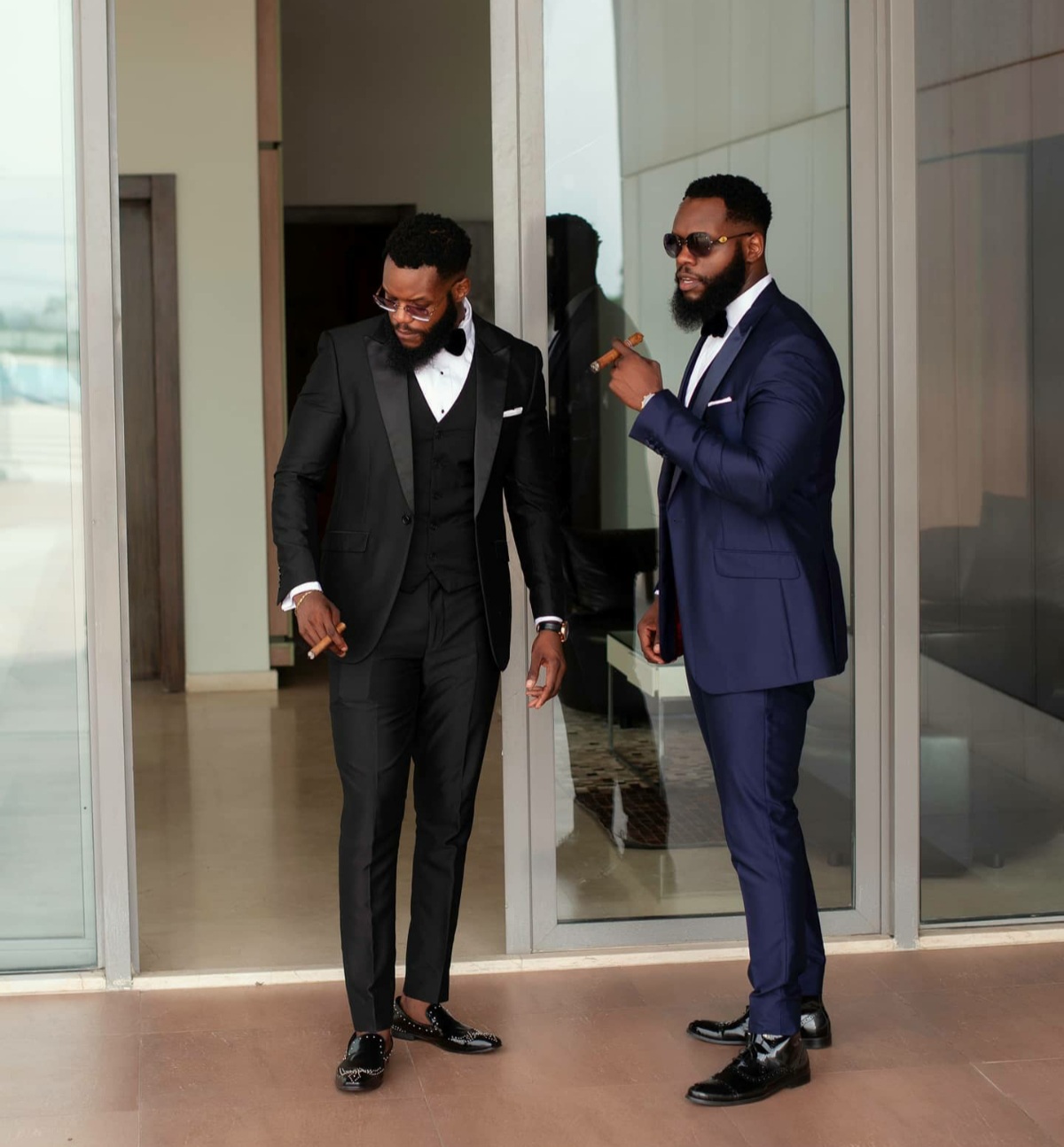 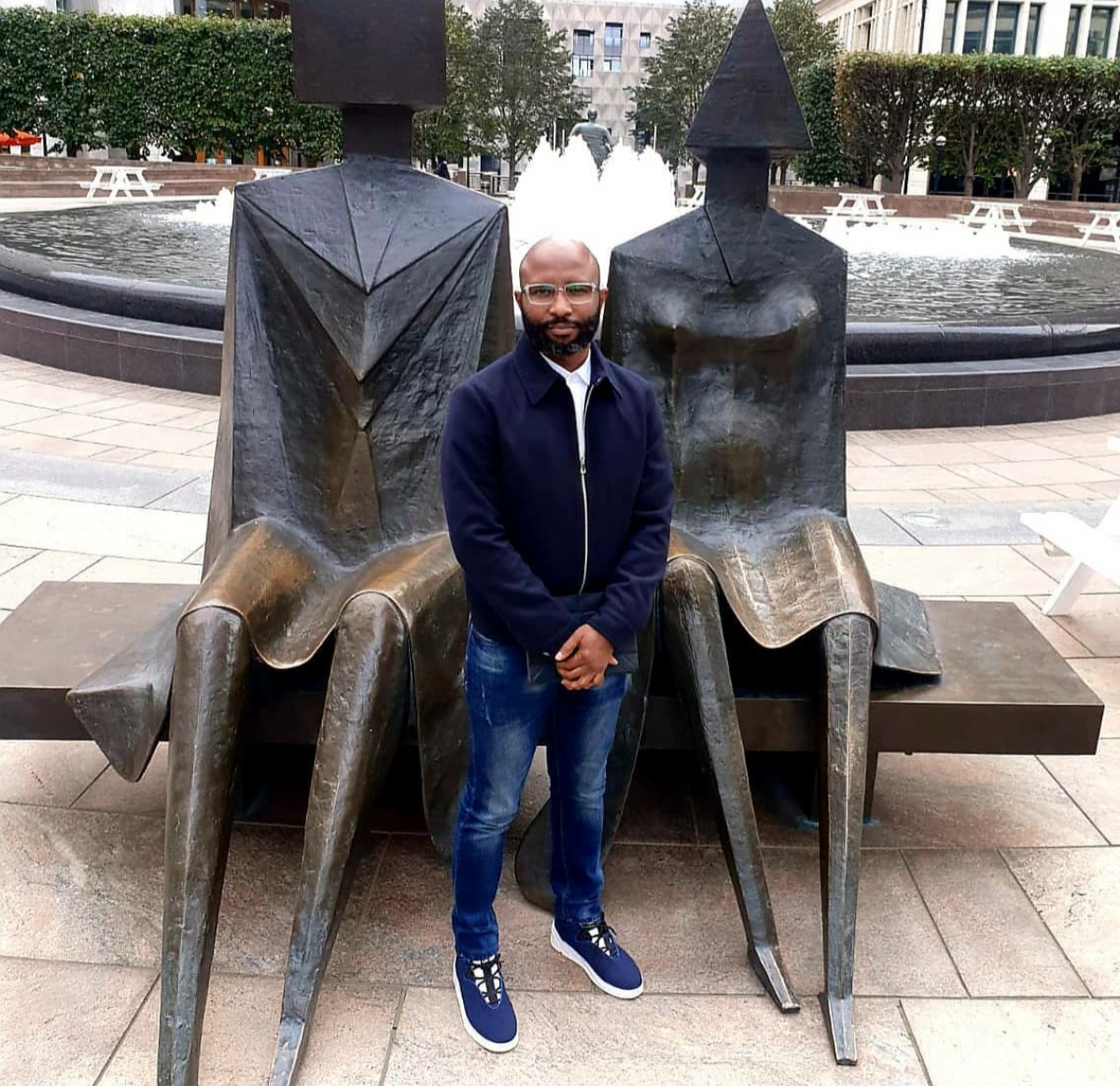 growing tentacles with 6 massive branches in strategic locations across Lagos, doing brisk business becoming more known as DW just the initials of the brand. It steadily grew from an acorn to the gigantic oak tree it is now, yielding more acorns for further growth, becoming a multimillion naira valued business enterprise/investment that it is presently, with strong online presence apart from those physical stores.

It wasn’t that too long ago that the dream- that spontaneously flickering idea in the mind, that little spark of light in the far distance, became a reality that could be touched and held and that reality has now expanded to a more diversified, more concrete reality now, which has left most in awe!

From Lagos to London and getting set to take over the world! Whoever before felt a Nigerian fashion brand cannot impact the world had better now have a rethink. A strong rethink we dare say.

Except you don’t know this David, that is the only reason why you would limit him for any reason.

EFCC BEAMS SEARCHLIGHT ON FIRS UNDER BABATUNDE FOWLER AS IT ARRANGES 3 DIRECTORS & OTHERS FOR A PALTRY N4.5B FRAUD.
BISHOP (DR) OYEDEPO OF WINNERS CHAPEL UNVEILS PLAN FOR THE N50BILLION RATED 106,000 CAPACITY AUDITORIUM TAGGED THE ARK. Project starts this March 2021 and most likely would host Shiloh 2022.
Comment