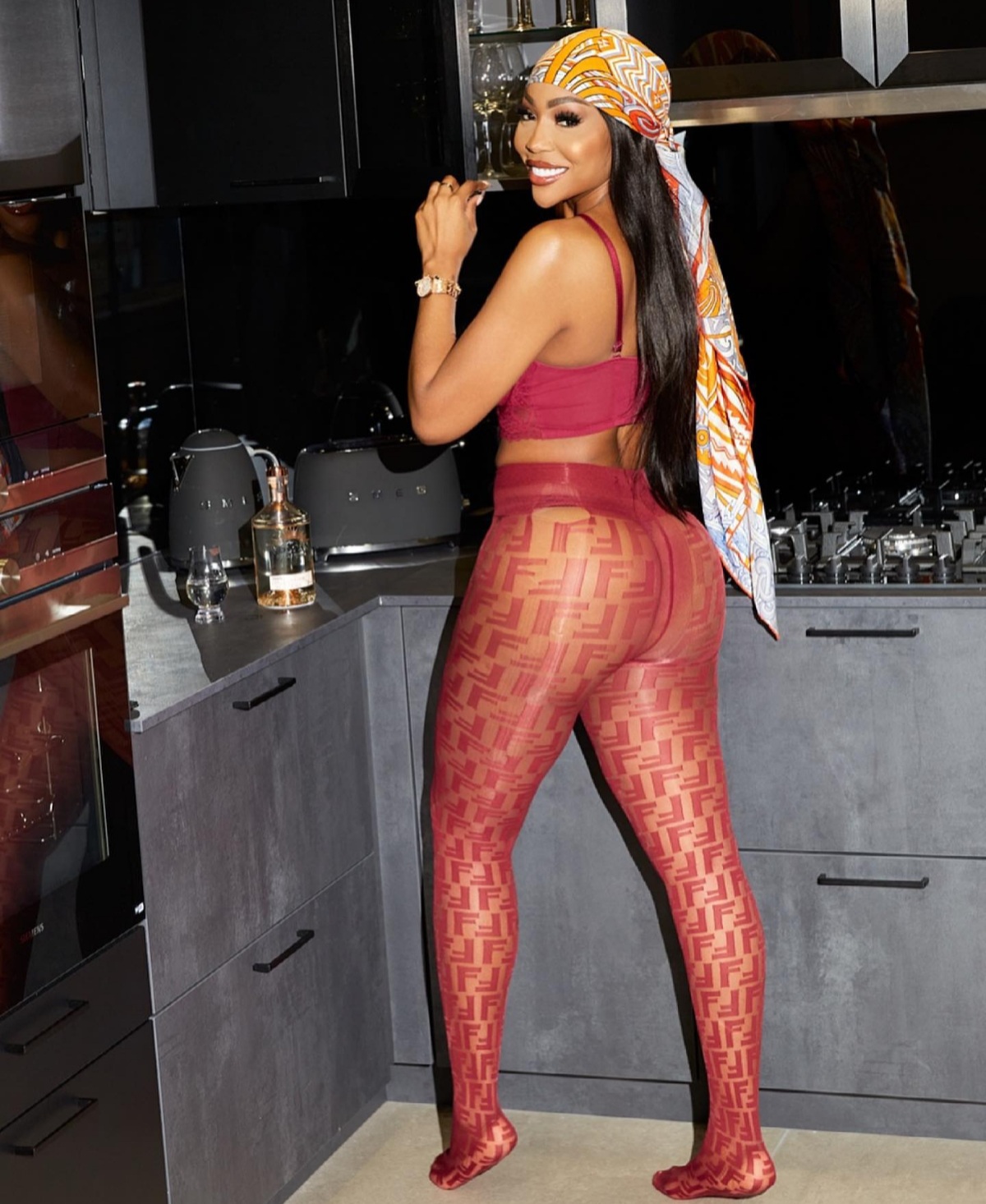 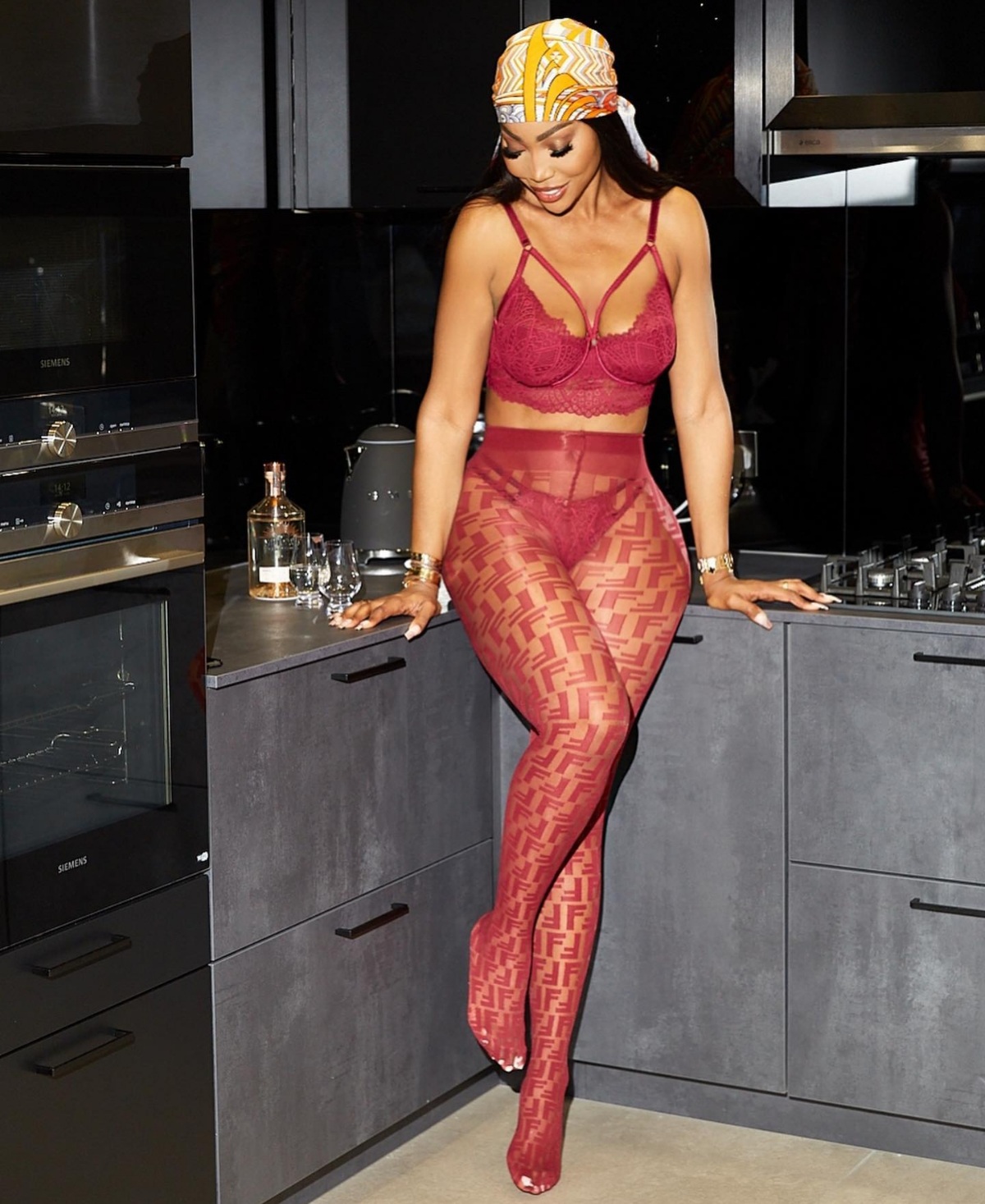 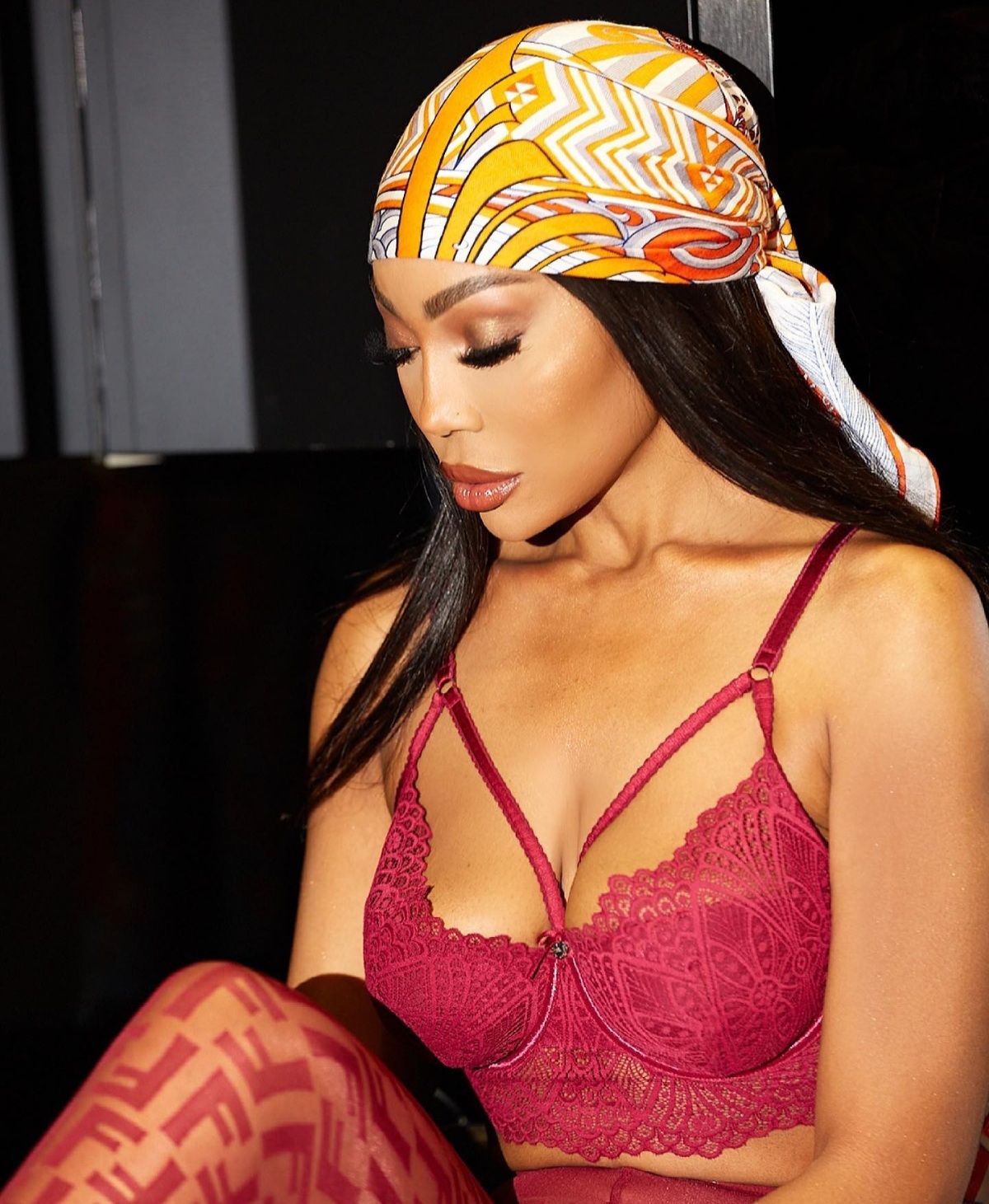 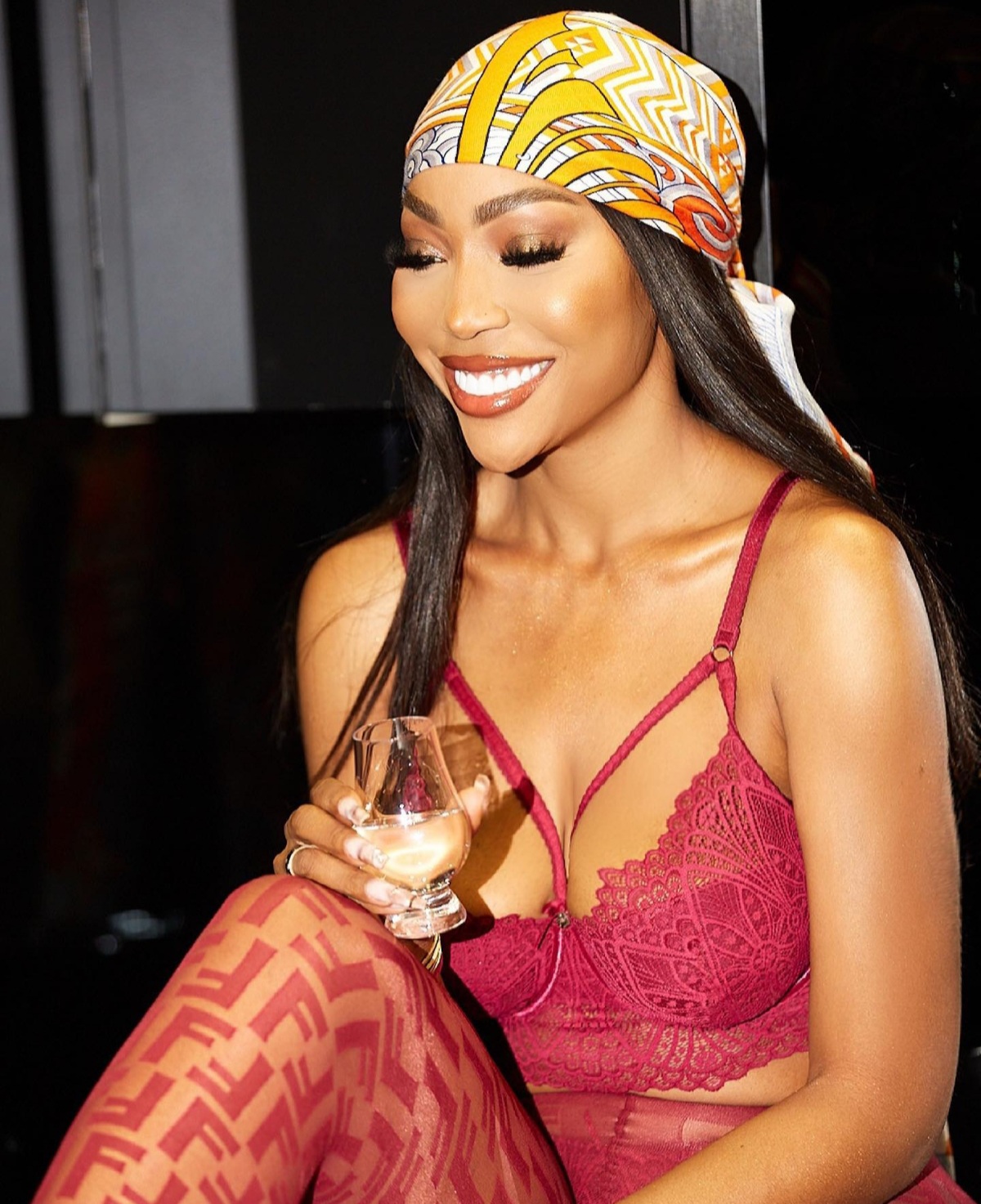 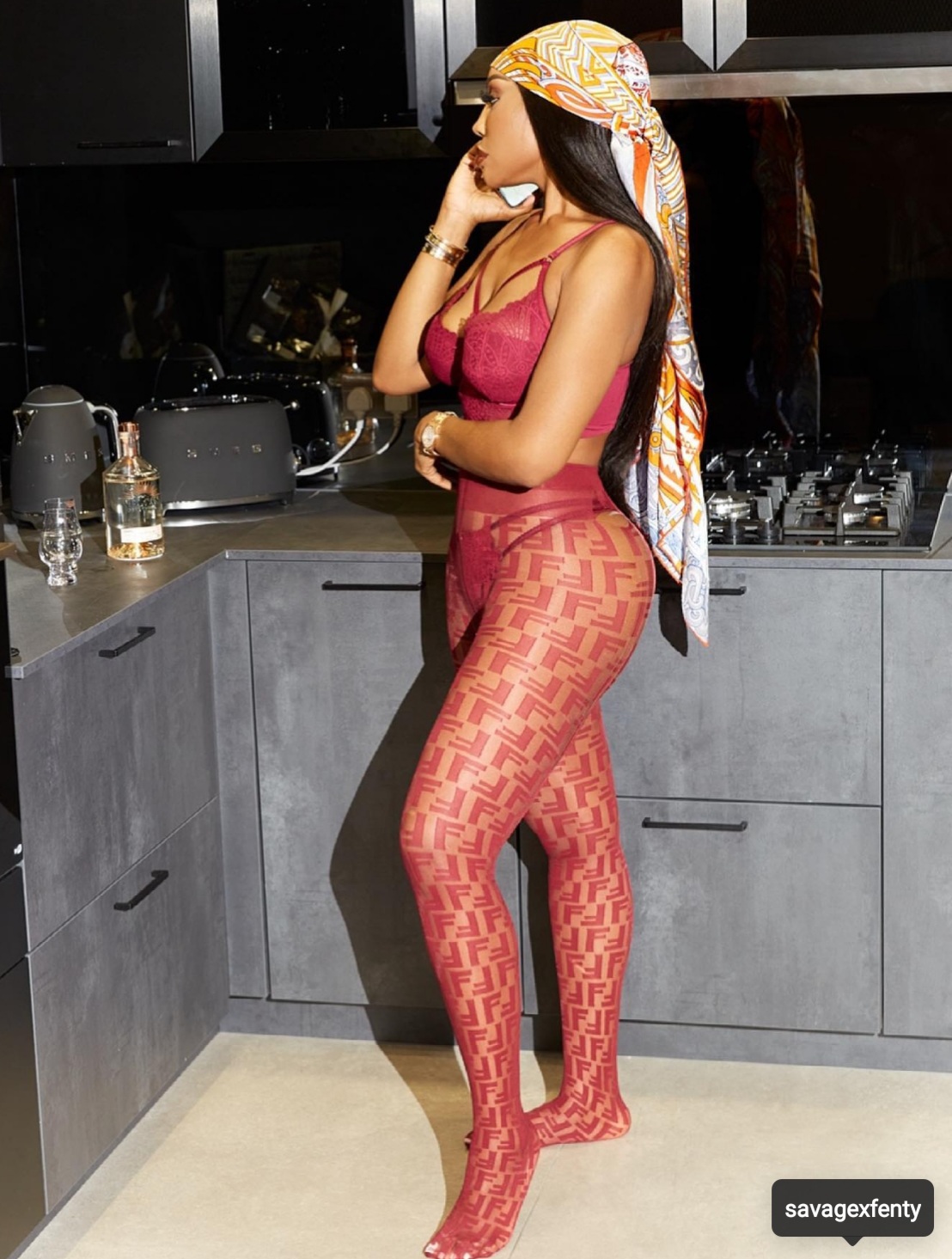 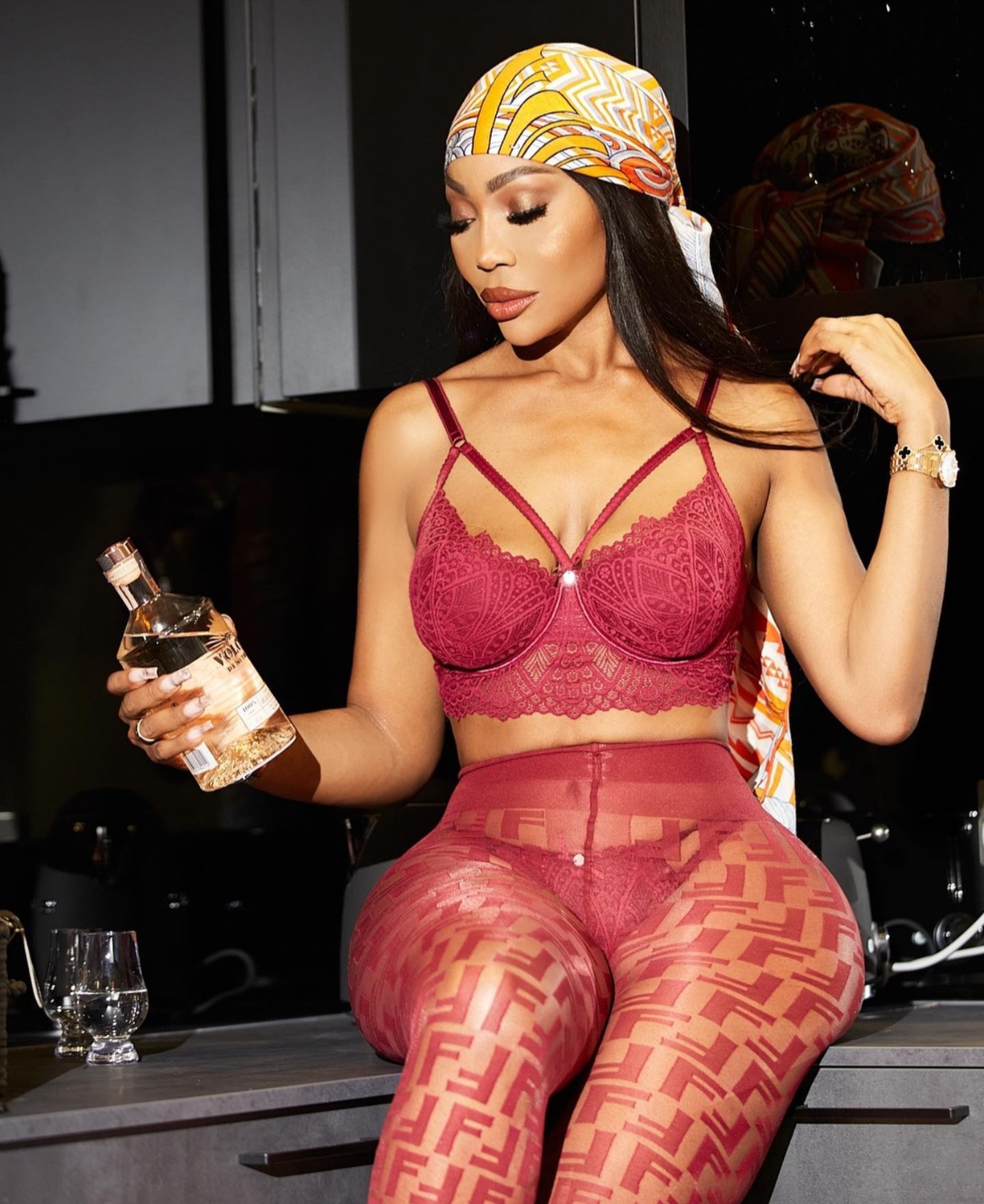 Hmmmmmmmmm…….hm mm mm, this is what some would refer to as [yummyciliously sexy] in the most bombastic way possible as “flygirl extraordinaire and lifestyke queen of note”, fashionista unparalleled, the one and only ‘Kika Osunde’, one half of the duo behind the soar away successful hair enterprise [Goodhair Ltd], who are also the owners of that 5 star restaurant and lounge Brass and Copper patronised by the young and upwardly mobile, also on the island located at their mini shopping complex at Lekki Phase 1, decided to showcase the oomph that she had always hidden very well in all those her glam designer garbs that she always loves to flaunt across the globe, as she jumps off the plane from one exotic destination or location to another. All in the guise of doing business or just chilling out.

The statuesque Kika licious as we have now named her like she’s the name of brand new exotic cocktail, who is an unpretentious and strong and quite unrepentant devotee and advocate of cosmetic surgery/plastic surgery, and a very hardworking lady too for that matter, decided to blow her followers, associates, friends and foes mind skyhigh as she left all and sundry ogling with unrepressed appreciation as she showed off her well molded, or better still, her best sculpted body, special the bum (did she just do another surgery recently) to the delight of all in a set of badass red lingerie by none other than Savage Fenty owned by wealthiest female singer in the whole of the Universe- the one and only Rihanna Fenty.

She finished the sumptuously sexy lacy red lingerie with a beautiful red Fendi stocking like she was advertising for the brands and had been paid some cool millions of dollars.

It’s either she’s has just gotten signed as the new face of Savage Fenty and she did do it really go showcasing her raw sexual energy so well, which the lingerie thing demands or after this free showcase for all, where those who may want her have now seen what she packs, the brand may just run in to sign her for anything she may be asking for.

The fashionista extraordinaire needs to stop doing anything to her face though as it’s getting too angular and may start looking like an overdone job, except maybe if it’s the application of cosmetics that’s just showcasing her high cheek bone to such sculptured essence.

With all the best nip and tuck already done in all the right places, maybe a final addition could just be a little lift on the chest to balance everything out. She still looks mad fierce though and her structure fits her new purchase, which she has been showing off endlessly- the G63.

If Savage Fenty don’t take their opportunity quickly enough, that may just allow her to become one of the Victoria’s Secret angels taking over from Alessandra Ambrossio or maybe, just maybe- Agent Provocateur would just grab her and make her their global face!

AMIDST MARRIAGE WOES KANYE WEST’S IMPRESSIVE FORTUNE RISES EXCEEDINGLY AS HE BECOMES WEALTHIEST BLACKMAN IN AMERICA EVER WITH $6.6B VALUE SO SAYS BLOOMBERG. THOUGH FORBES DISPUTES VALUE.
MASIDAT KASSIM OFFERS PUBLIC APOLOGY TO DENIKE BALOGUN & RETRACTS ALL INVECTIVES THROWN HER WAY. ALSO WHO IS @SESSY004 OR SESIAJOSE & WHY THIS NEW WAR OVER N16,500?
Comment