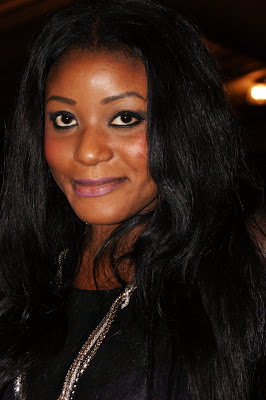 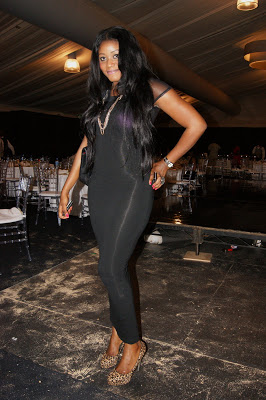 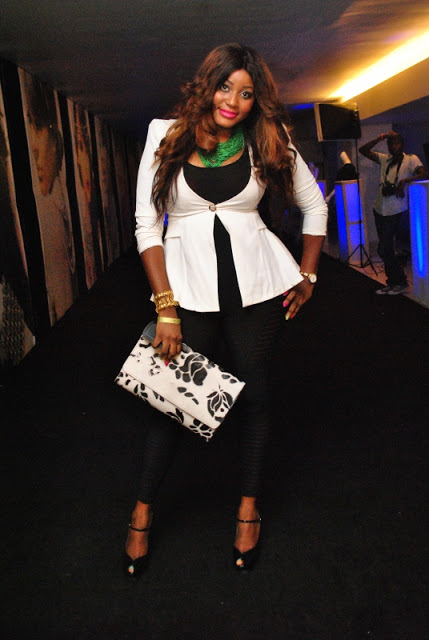 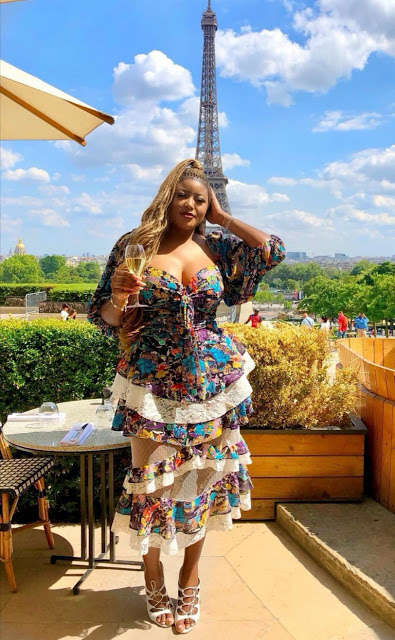 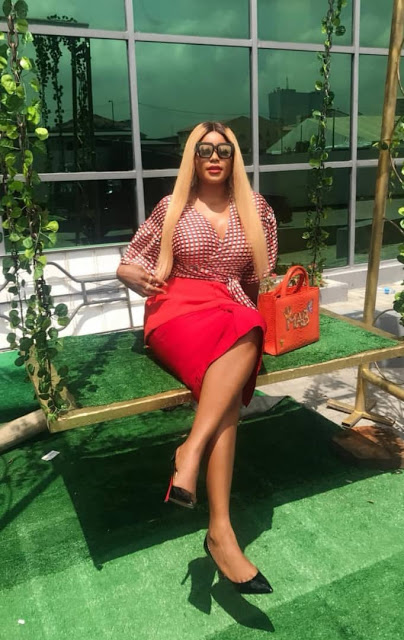 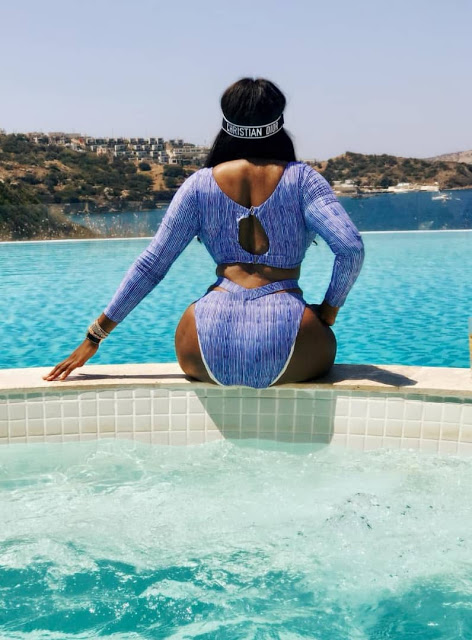 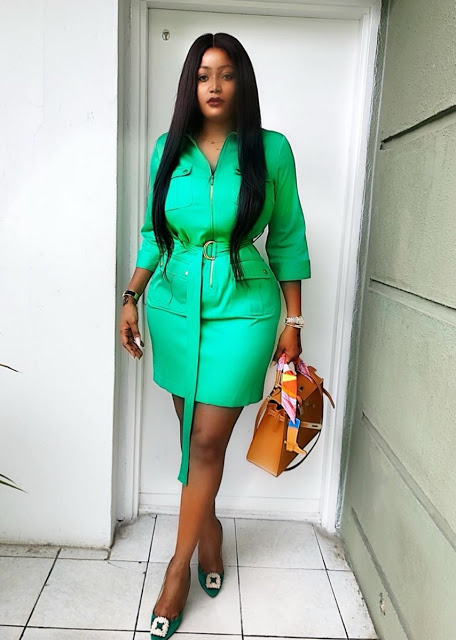 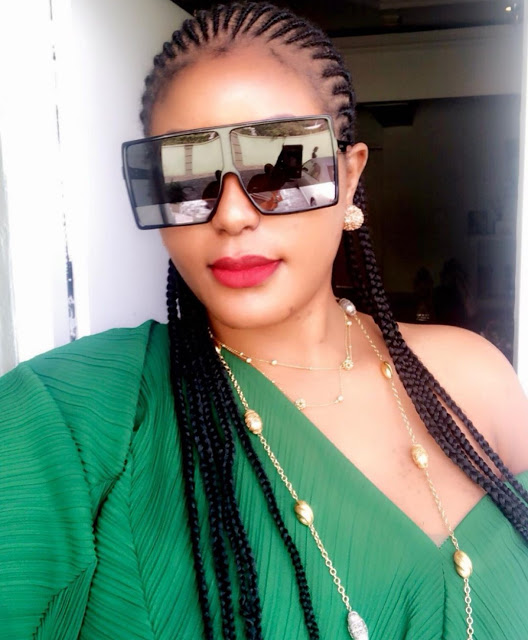 Until this her unnecessary fight with the other person, all that you would have heard about the fashionista unparalleled is about her diversifying into one lifestyle business or the other as she makes her steady move to take over the world to become one of the wealthiest female entrepreneurs in the country may be by the time she’s 40, at least a friend of has as set a target to become a billionaire soon in the future and we can tell you without mincing words, she’s steadily, quietly and consistently working towards it and all things being equal, she’s going to hit the GOAL soon enough.

If Denike does her very best to avoid the unnecessary hooplas that always lurks around her, like of this quite recent foolish uproar that do not add a kobo to her bank accounts and that do not help her brand to grow as it should, that only tries to bring her to disrepute, then with full concentration on her craft, she’s then surefootedly already on the sure path towards success.

Truth be told, grace has been her permanent bedfellow and unflinching companion, since she started or since she came to our consciousness a few years back. And it has shut her up on the path of success too.

Beginning with the Diamond Ink Luxury Events brand which she co-owned, (not sure if its still the case) with her cousin Dabota Lawson, another gorgeous and impressively beautiful celebrity, who is a make up brand CEO, Grace smiled on the brand as they grew steadily till a big job then from the wealthiest blackman on earth, the uncommon Alhaji Aliko Dangote set them on a sure path. From then on it has been a somewhat rollercoaster ride, moving from one level of success to another. Founding one successful business after another. And the successes that came her way, was also quite visible on her personal, physical transformation too as you would see in her before and after transformation. Money cannot come into a life and it wouldn’t show, that it had arrived.

The seed of an unrepentant fashionista extraordinaire, a style maven unparalleled has always been deep-rooted in her, and as she has nurtured it by watering it consistently too, the unbelievable transformation too has been quite evident for all to see and admire endlessly too. You would see very glaringly, how in the space of just a decade, between 2011, June 4 to be more precise, at an Arise Fashiom Week outing then, when she would have just been 27 & also a year later at the then Music Meets Runway 2012 in January of that year, to now at going to be 37 in August of 2021, she has seemingly aged backwards instead of forward and that’s an amazing kudos to her, for whatever it is that she may have done to try to remain so.

If we may try to speculate as to what her beauty secret may be that has aided her so well like it is now, it’s either the much fabled ‘fountain of eternal youthfulness’ is at the backyard of her Banana Island home or it maybe that there’s a special river of agelessness somewhere, that she goes to, to swim or bath in so often or it may just be her genes then, which she would have inherited naturally from her parents. So instead to age, she’s doing the opposite gracefully. We have always noticed her doing exercise runs around Banana Island too though.

Just see the shape, the nose, the face, the structure behind (backside) and before (frontside), all well sculptured and perfectly proportional or so it seem. And to now add to it all, she’s a clothes horse and fashion freak, who loves to collect some of the best things and latest trends in fashion, that she loves to adorn and show off. Truly she’s been in the game for quite a well, at least in the last 10 years. Forget all that rubbish about wearing designers since she was 18.

As her businesses likes of Maggie’s Fleur Box, Cafe de Flore, Mykonos, The Tearoom Lagos and more have grown and become more profitable by the day, so also have her gorgeousness, glam and style risen too. So it has been a kind of perfectly proportional thing. You cannot not have a glam squad of top fashionistas in Lagos and not include Denike aka Nikky Bizzle in it now.

One thing you cannot begrudge her is that no matter what, she is an expert with magical hands at what she does, probably one of the very best. She’s in fact quite gifted at doing it. She in fact brought to Nigeria once, one of the best flower designer and decorator in the world for a masterclass. If the attitude which is also most important in business improves, there is most likely the fact that, none in their business, who does the same type of thing she does, can stand shoulder to shoulder with her in terms of creativity- she’s that exceptionally blessed and way above the rest. The beauty (ambience) of all her businesses easily attests to how good she is. Those who patronise her, are always easily enveloped by the spaces and always give their kudos.

So all hail the incredible Adenike Margaret Balogun.

THE UNBELIEVABLE RESURGENCE OF THE MATHAROO DUO. SEEMS LIKE BEEN HOUNDED OUT OF NIGERIA MAY HAVE ACTUALLY WORKED FOR THEM. AS THEY HAVE SET UP ‘OIL TYCOON’ IN THEIR QUEST TO OWN THE WORLD
STILL GORGEOUS AT 40 AS ABISOLA KOLAPO-DAISI CELEBRATES MILESTONE AGE. CELEBRATES SUMPTUOUSLY WITH HANDSOME HUSBAND IN MEXICO!
Comment