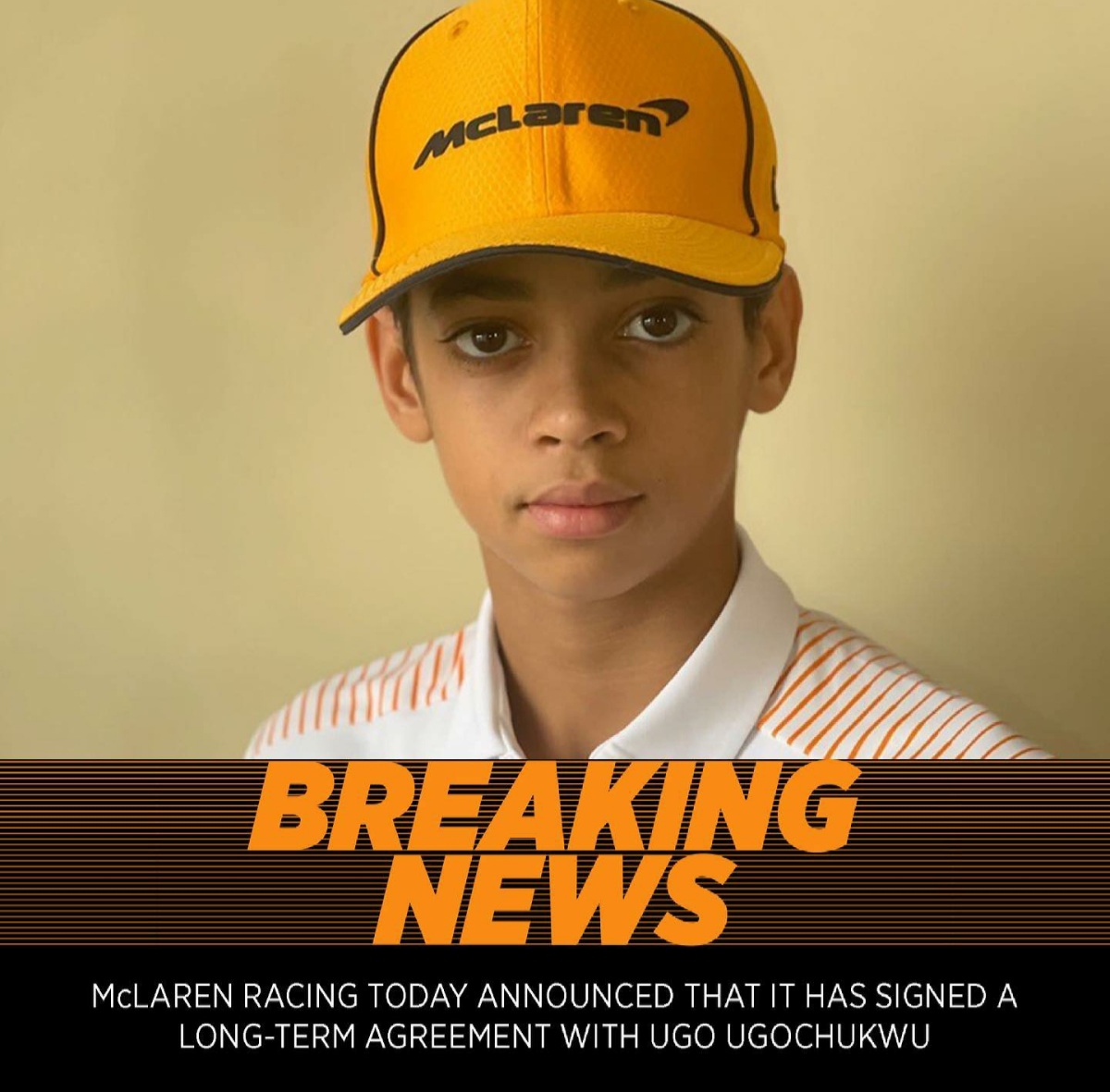 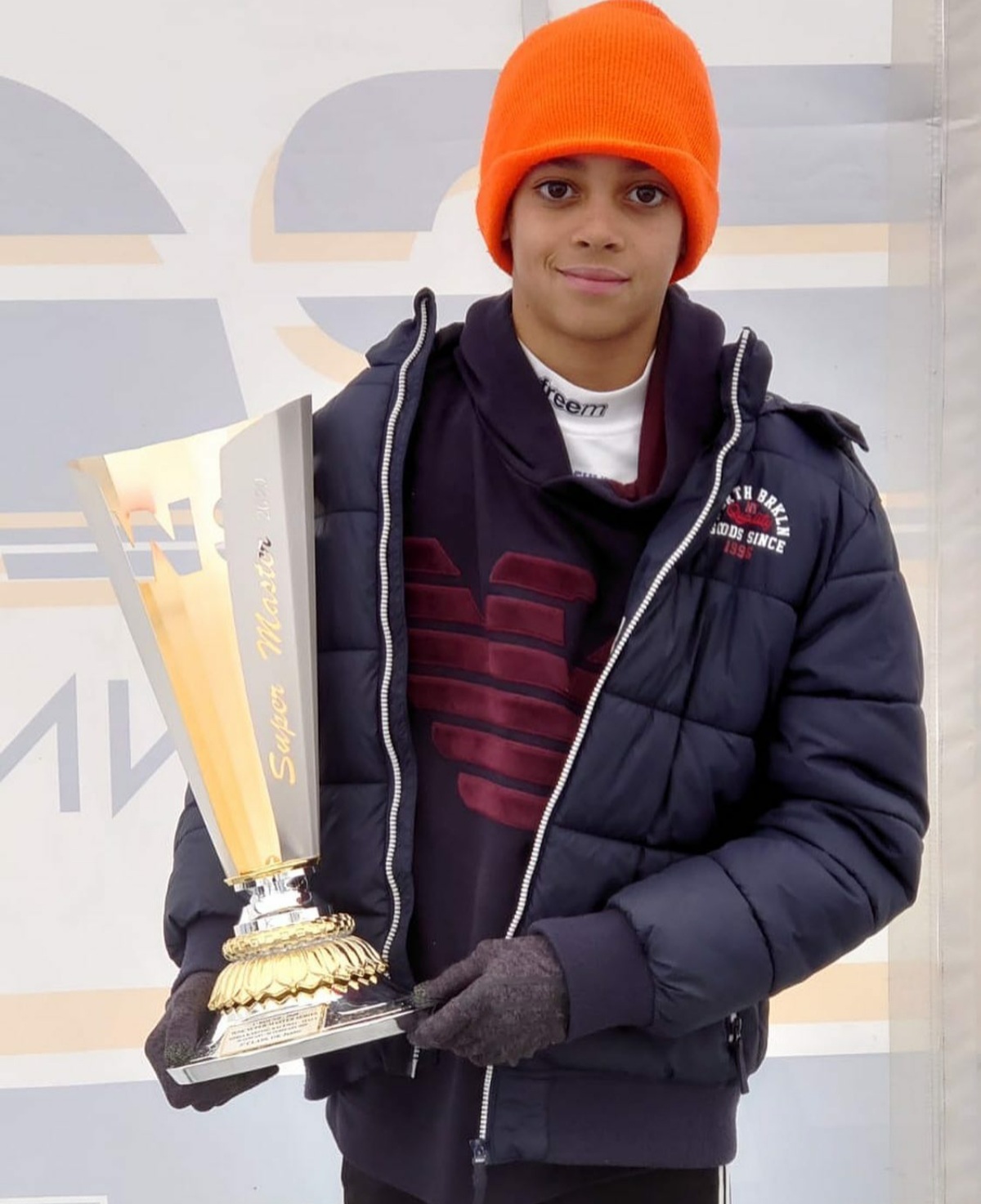 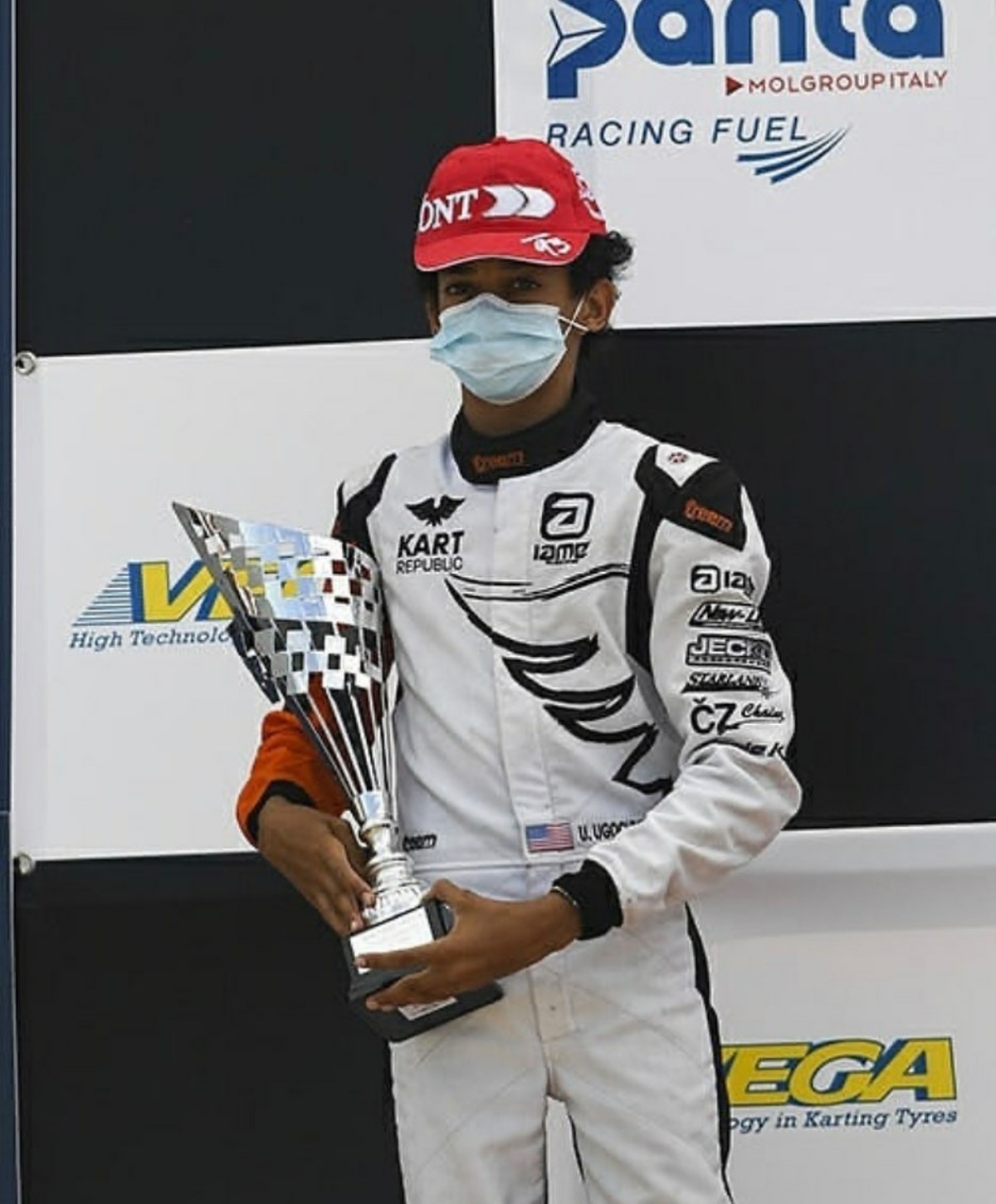 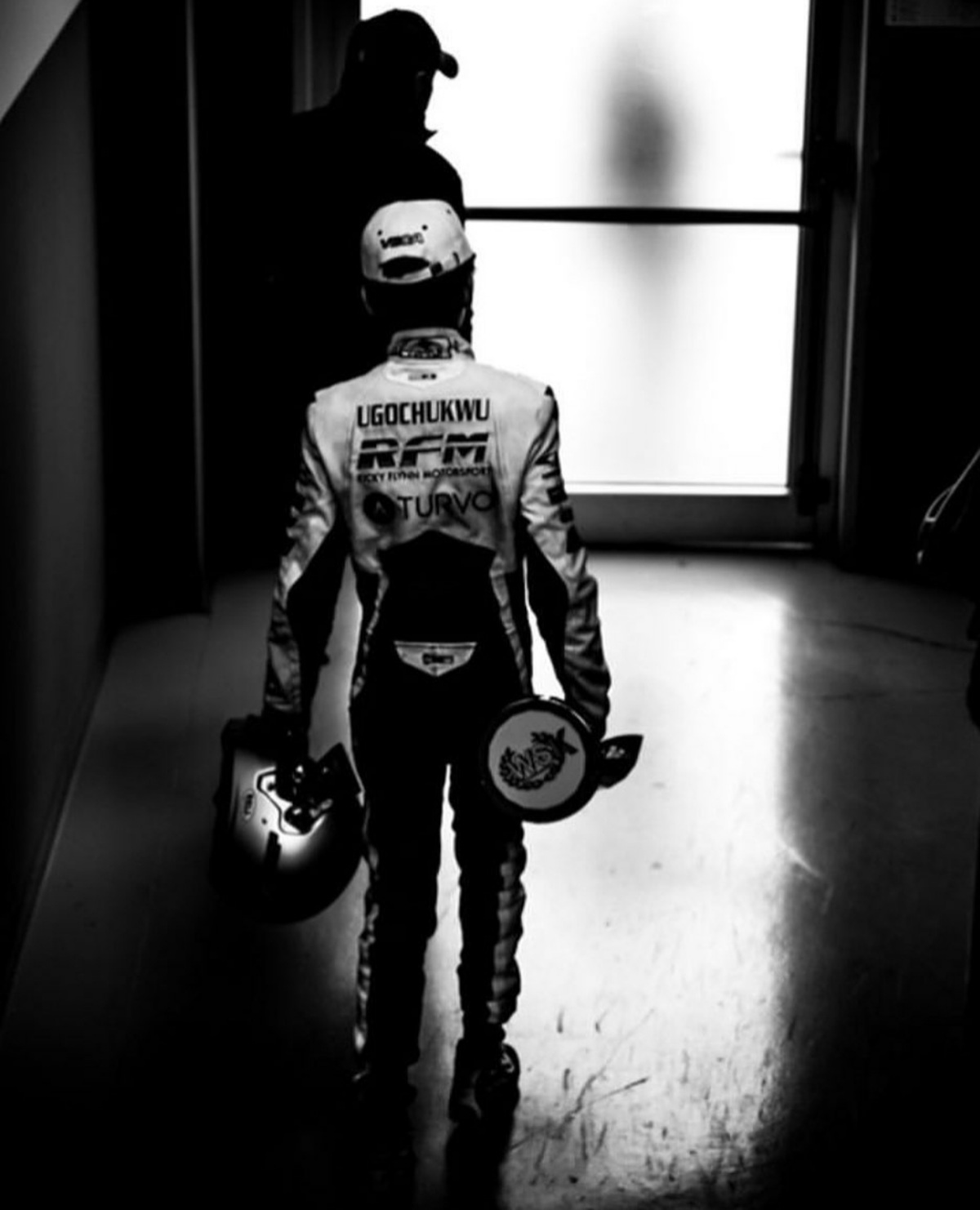 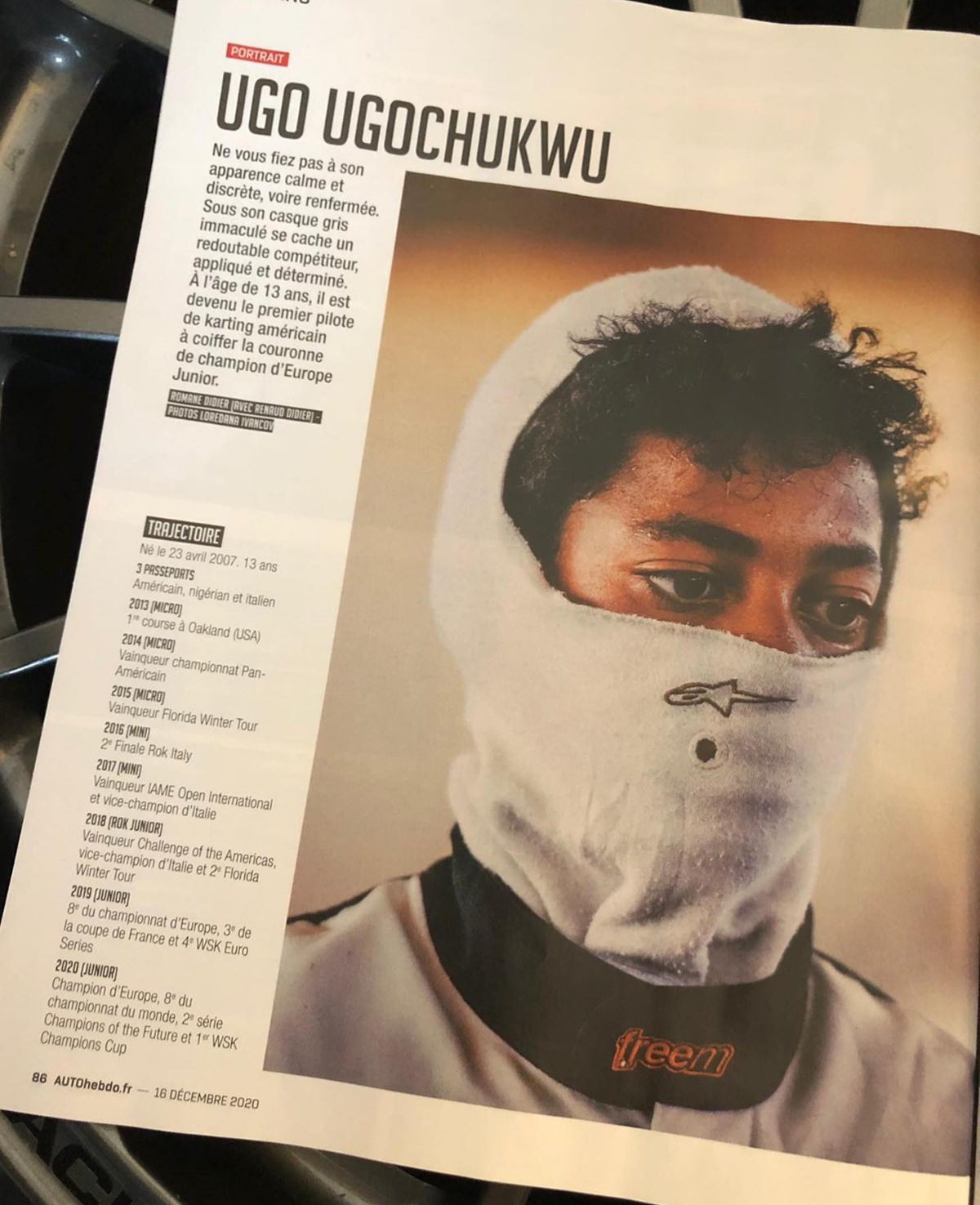 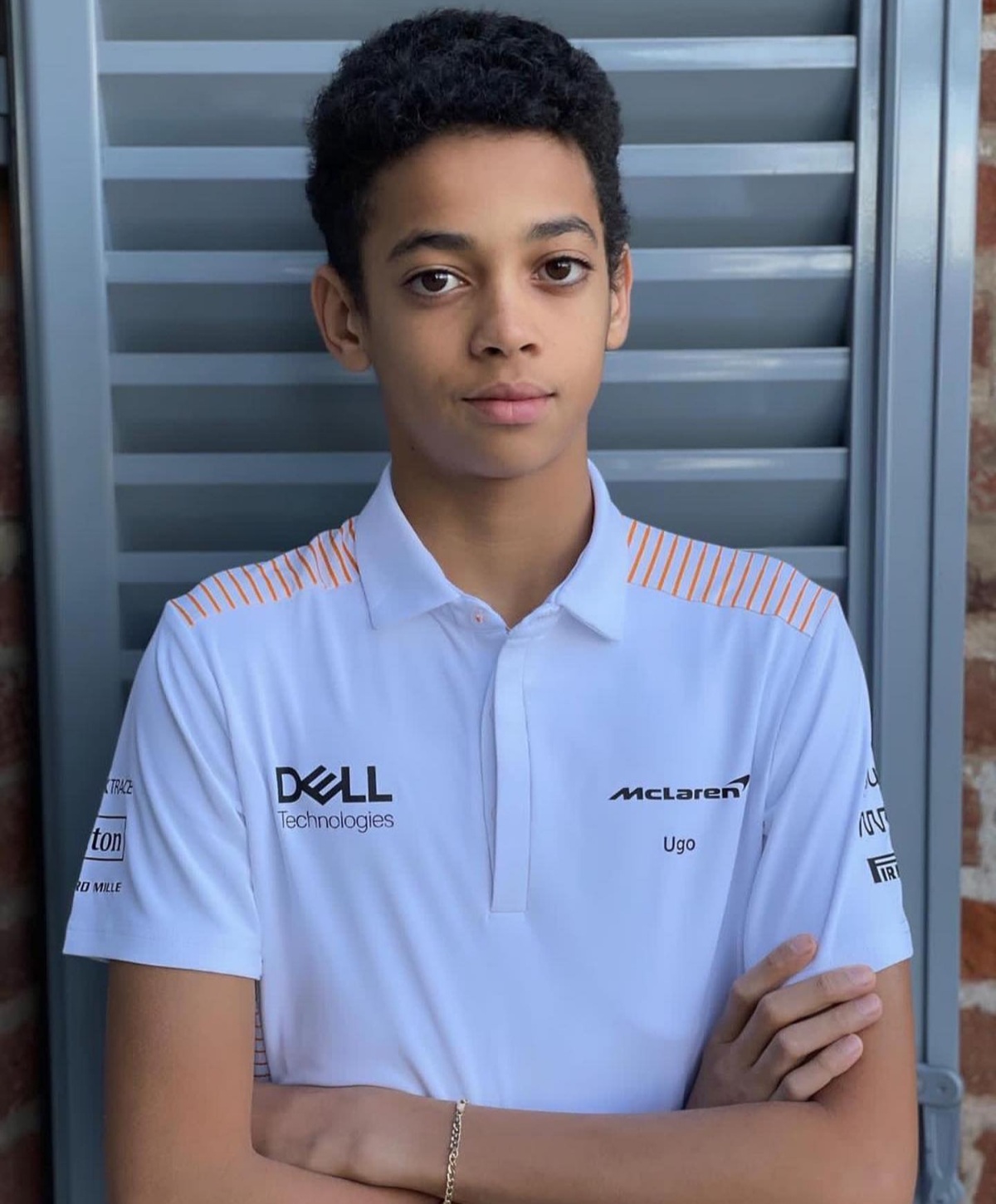 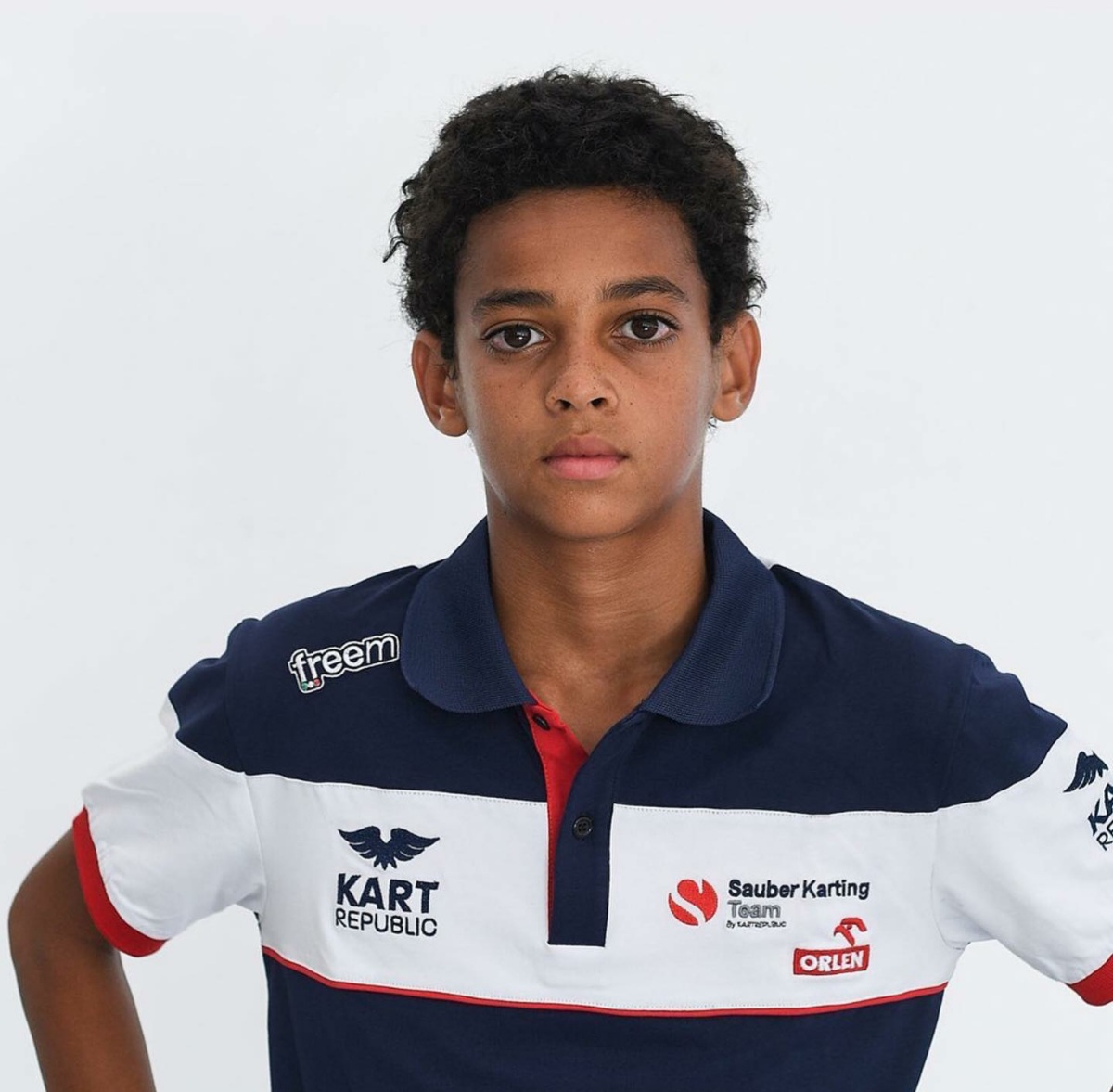 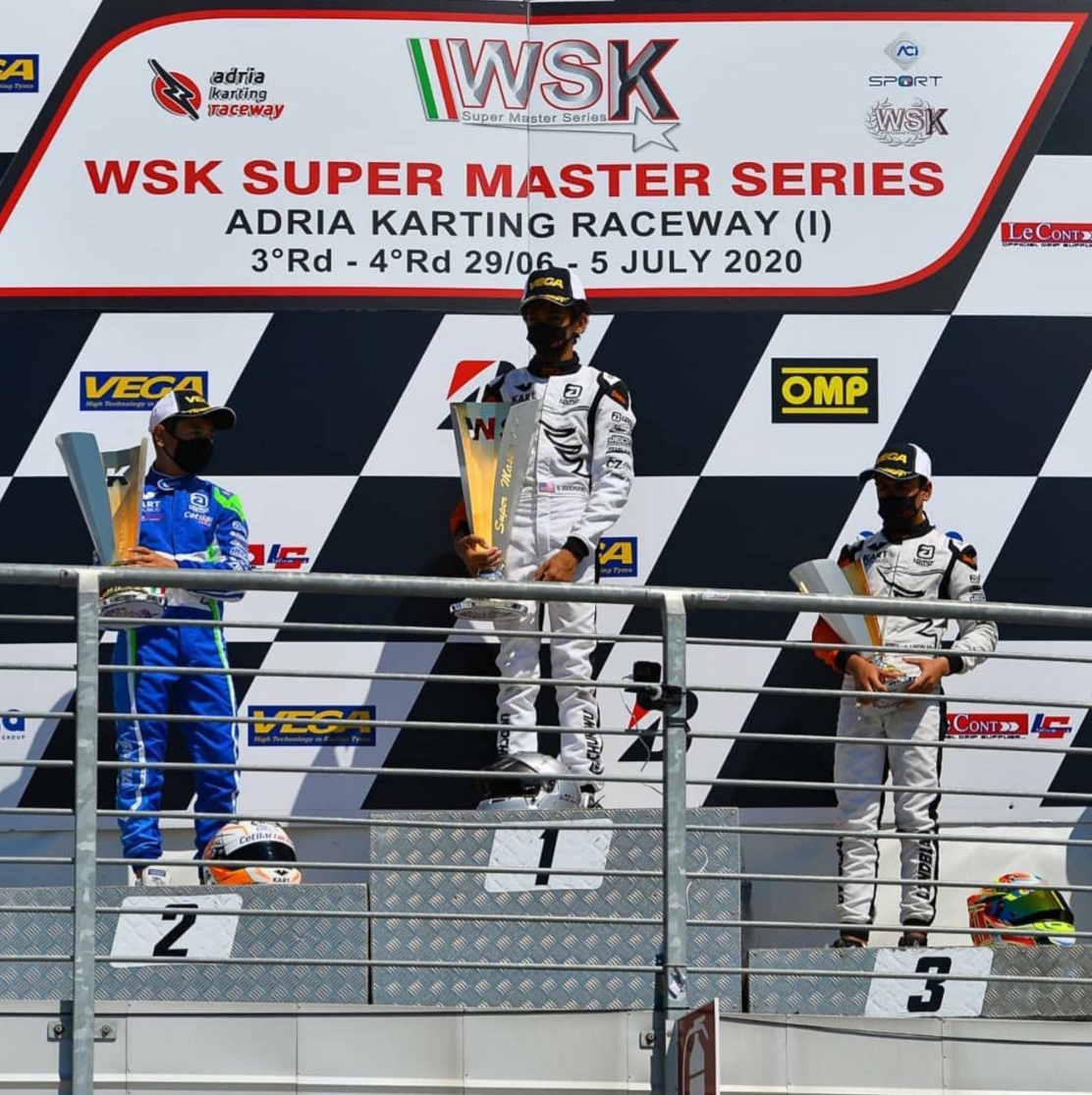 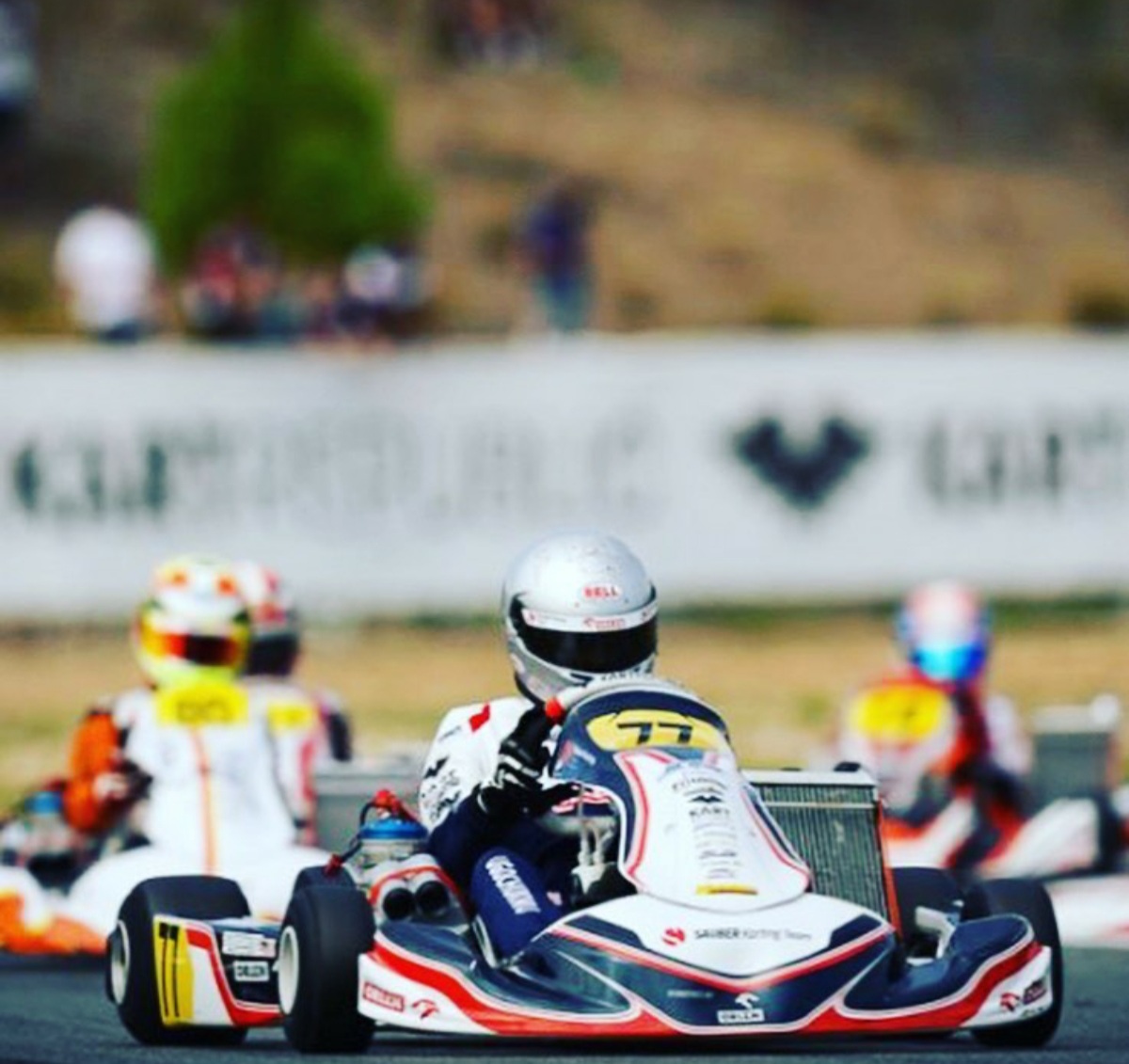 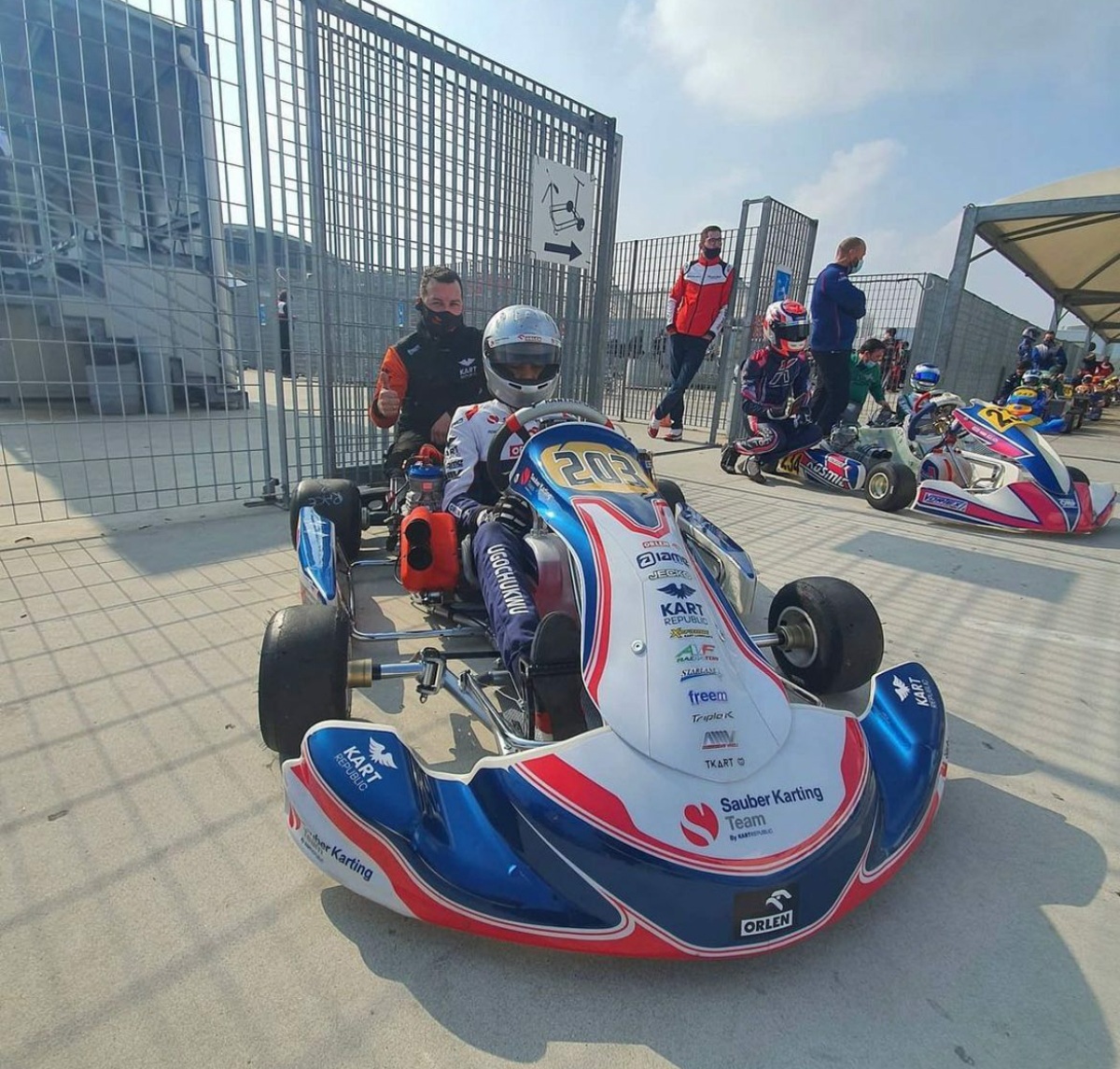 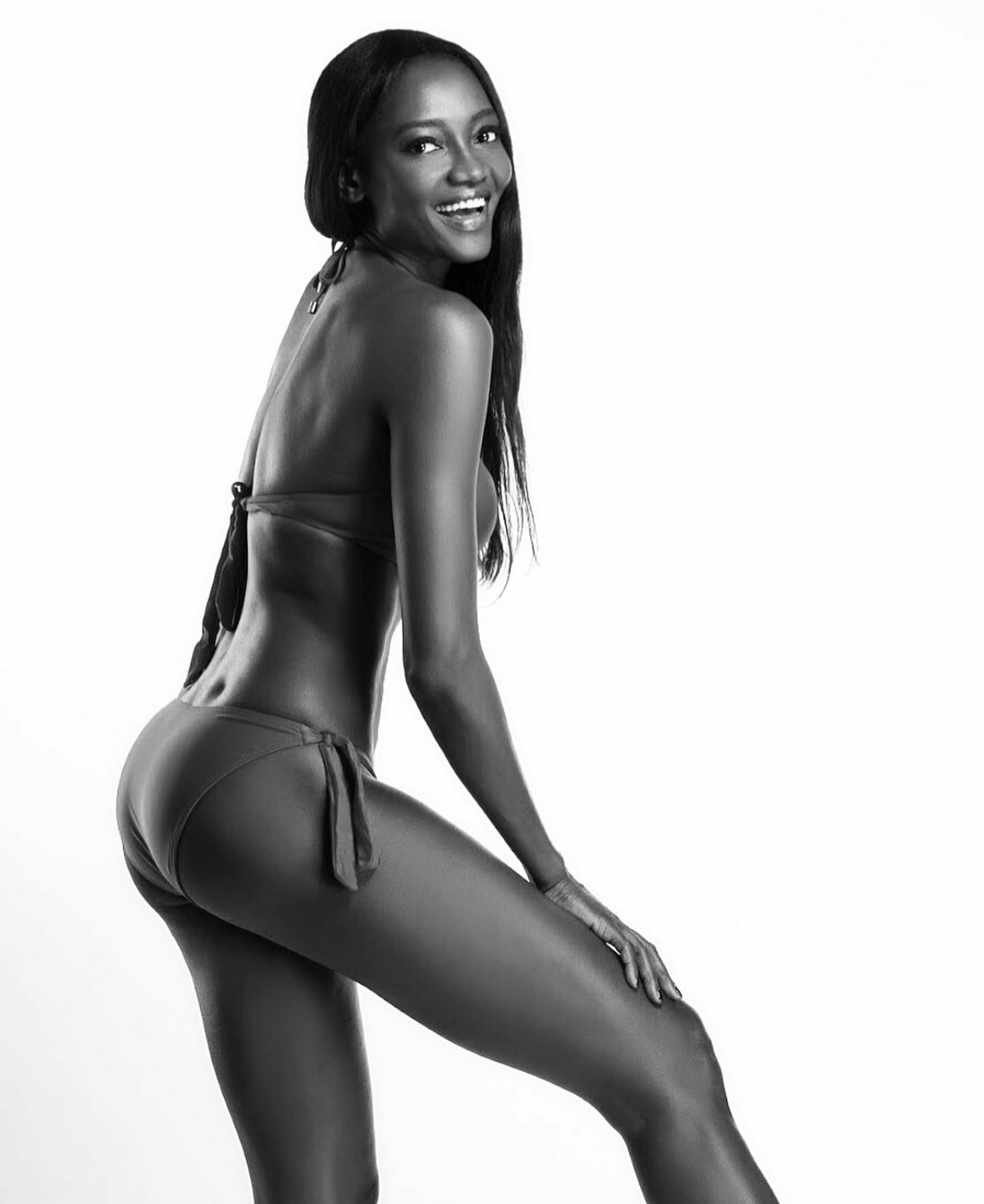 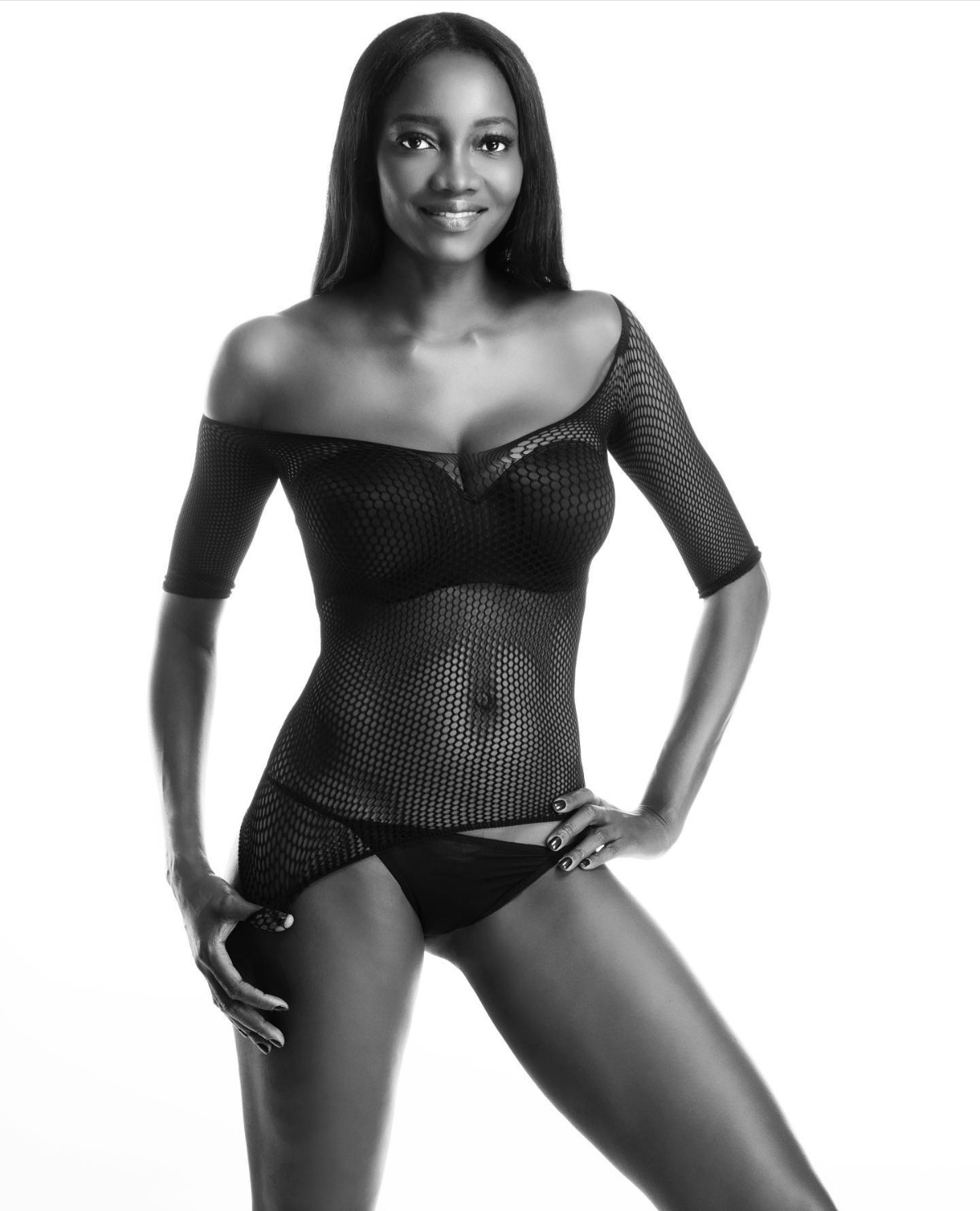 Nigeria is on the world map again, even as the boy is a US citizen more like mixed raced, but his mom his 100% our own, born and bred in Naija and she’s none other than the incredible, one name modeling wonder, who at her own time became a modeling colossus who came out of Surulere, Lagos, Nigeria, our dear one and only modeling icon- Oluchi.

Just like she broke records then in her own time a few decades ago, her 1st son by name Ugo Ugochukwu has stepped into her record breaking shoes to continue where she left off. The ‘FIA European Kart Champion’ at his relatively young age of 13 has been caught super young and has been signed on a long agreement, by the renowned ‘Mclaren Racing Team’, one of the best and biggest F1 racing teams in the whole universe. By signing him on, in their catch them young programme, Mclaren effectively is prepared to make Ugo, our own Lewis Hamilton come sometime in the nearest future.

“Mclaren Racing is pleased to announce a long term agreement with Ugo Ugochukwu, the promising young driver from the USA, who was recently crowned FIA European Karting Champion 👏🏽.

The agreement gives Mclaren Racing an option on Ugo’s services in the future, while supporting his development and evolution as he progresses through the junior categories of motorsport. #Mclaren.

His super elated mother, a proud mother indeed expressed her joy, by putting her son in the cover of heaven thus-

“Thank you GOD! Angels in the heavenlies thank you. Watch over your son @ugougochukwu. It’s beyond us.

Even the young prodigious talent himself expressed his gratitude thus- “Thank you Mr Zak Brown and the entire Mclaren team for believing in me. Together, we will get there.

The mixed race young, already very tall boy of 13, going on 14 come April 23, was born in 2007. He is American, Nigerian and Italian. With his height already, he could have taken his mother’s path via the modeling world, but instead he took to motorsport like fish to water. Already, he has won several age stage competition likes of the FIA European Kart Championship and 2018 Cote Jr Championship and has the world well laid before him to conquer.

Mclaren has had a few top notch notch Champions in the past, one of the best been the incredible champion Ayrton Senna.

TONY ELUMELU @58: IN SALUTE OF ONE OF NIGERIA’S WEALTHIEST MEN AND A MAN OF AWESOME STYLE. Check him out.
THE UNBELIEVABLE RESURGENCE OF THE MATHAROO DUO. SEEMS LIKE BEEN HOUNDED OUT OF NIGERIA MAY HAVE ACTUALLY WORKED FOR THEM. AS THEY HAVE SET UP ‘OIL TYCOON’ IN THEIR QUEST TO OWN THE WORLD
Comment