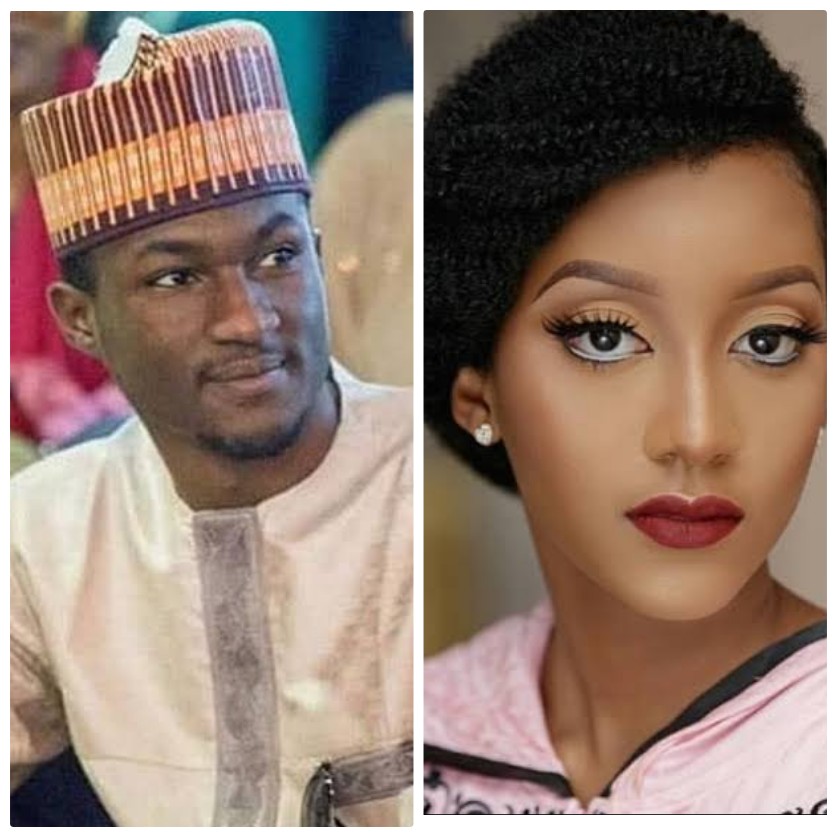 The only surviving son-Yusuf, of the current President of the Federal Republic of Nigeria, his excellency, General Muhammadu Buhari rtd., has indicated his plans to sweep off the feet of his delightsome gem by the name Zahra Ado Bayero, the brilliant and impressively beautiful and gorgeous daughter of the 2nd Emir of Bichi, in Kano State, his royal highness, Alhaji Nasir Ado Bayero, 58. Who is the multimillionaire chairman board of directors of 9 Mobile. He is the brother of the current Emir of Kano, who was the former Emir of Bichi before his elevation, after the former Emir, Sanusi Lamido Sanusi was deposed after a colourful 6 years reign.

The outstandingly beautiful and brilliant Zahra is a student of Architecture at one of the prestigious universities in the UK and she is in her early 20s. The upcoming wedding fatiha is set for a few months time, around the sallah period to be more specific. And preparation to make it a safe and grand occasion is already in top gear.

As it is expected traditionally, parents on both sides-PMB’s & Emir’s have already met as an expression of the groom’s desire to ask for the hand of the bride in marriage. In fact from the available information, the wedding should have even taken place already since, but for the long absence of the mother of the groom and wife of the president, who had been away for a long time, 6 months to be more precise on like a medical leave in Dubai, the UAE from where she only just returned very recently, which  is why the whole ceremony is just going to happen.

The young and handsome Yusuf, in his late 20s born on April 23 in the early 90s say about 1992 or thereabout, is a 2016 graduate of the University of Surrey, Guildford UK. Before his University education he had attended Kaduna International School, British School of Lome, Bellerby’s College, Brighton and then the University: he is the only son of both PMB and the 1st lady, Hajia Aisha M. Buhari, whom he married on February 4, 1989, and both have a total of 5 kids, all the others being ladies- Halima- October 8, 1990, Zahra- December 18, 1994, Aisha (Hanan)- August 30, 1998 & Noor (Amina)- September 14, 2004. With Yusuf being Aisha’s 2nd child and only boy.

In all, PMB has 8 surviving kids, with Yusuf being the only surviving boy amongst the 8, his older brother Musa from the late Hajia Safinatu Buhari, 53, had passed away a very longtime ago: the late Safinatu (who died at age 53 on January 14, 2006 after battling diabete for several years) like Aisha, also had 5 kids too for the former military president- the 1st child being the late Zulaihatu Magajiya Abdulahi

Recall that it was Yusuf, who had survived a ghastly motorbike accident in 2017, December 27, 2017 to be more precise at Gwarimpa Estate in Abuja, which was nearly fatal, but he survived by whiskers with head injuries and a broken limb. He was treated (had surgery at [Cedarcrest Specialist Hospital in Apo, Abuja], the ‘only orthopaedic specialist hospital in Abuja’ to stabilise his condition then, before he was later flown abroad (Germany) afterwards for more attention (rehabilitation), after which he came back on March 1, 2018 to a rousing welcome.

Dude is (said) to be a perfect gentleman to the core, he prefers to be incognito, his unfortunate accident apparently brought him more to people’s attention.

ALL ROADS LEAD TO THE ANCIENT CITY OF IBADAN COME SATURDAY, APRIL 3 2021 AS ALL HAIL THE INCOMING AGBAOYE OF IBADANLAND, HIGH CHIEF KOLA KARIM.
TONY ELUMELU @58: IN SALUTE OF ONE OF NIGERIA’S WEALTHIEST MEN AND A MAN OF AWESOME STYLE. Check him out.
Comment