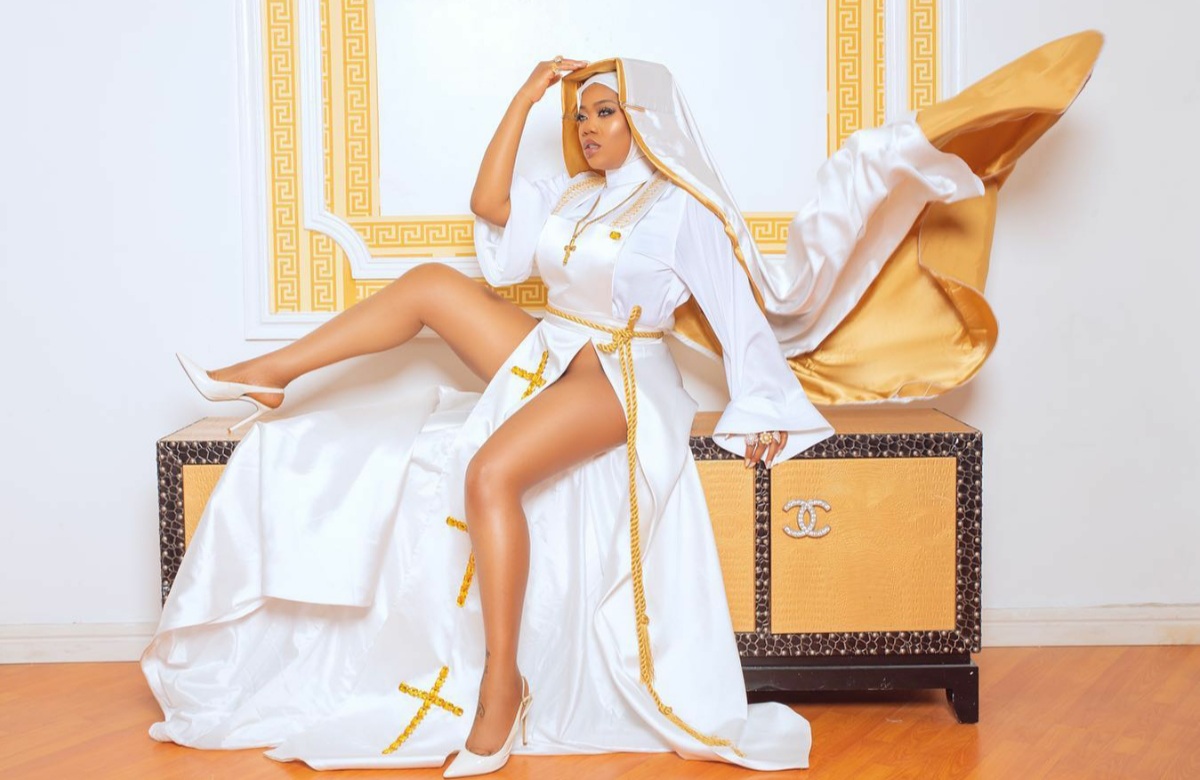 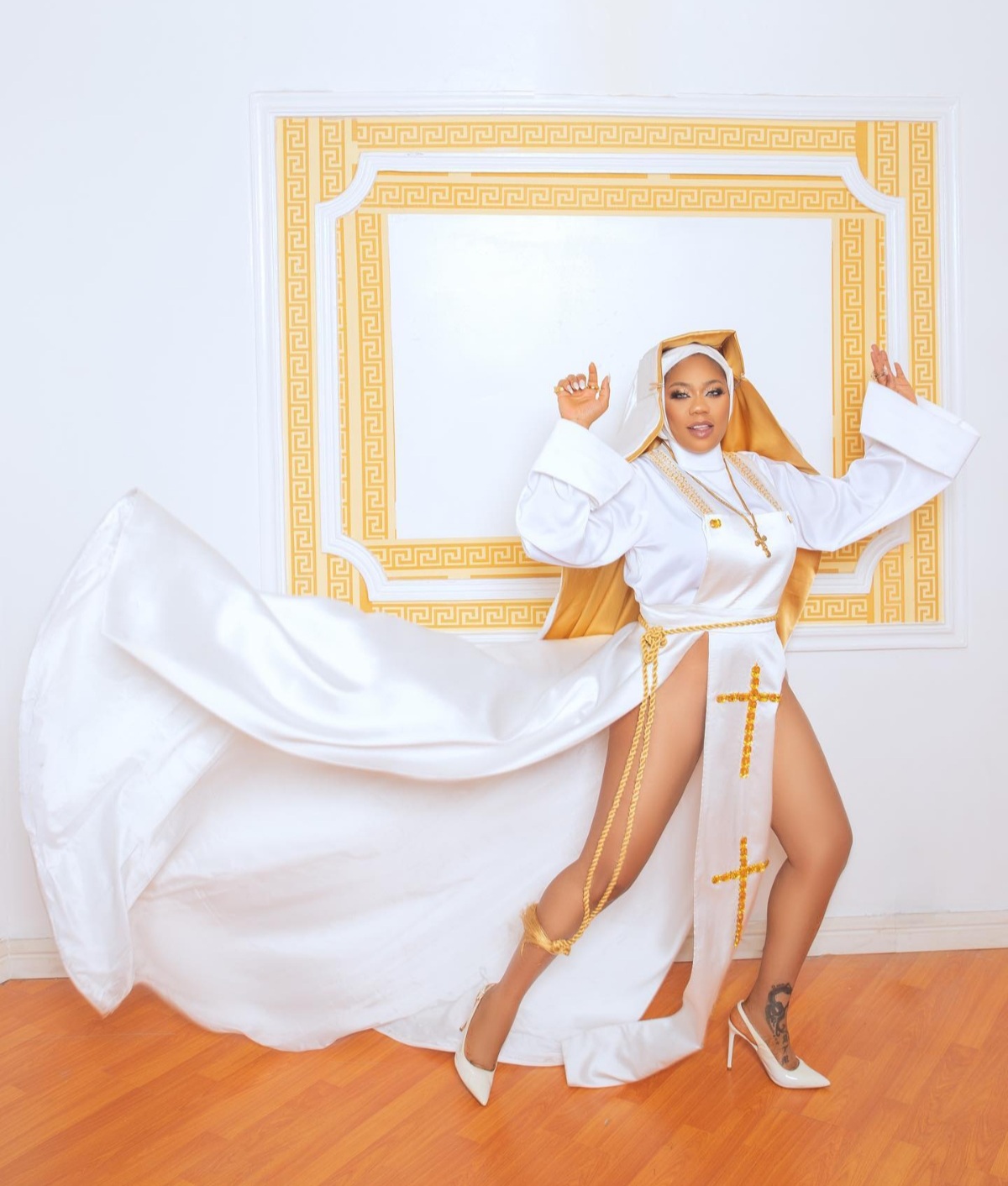 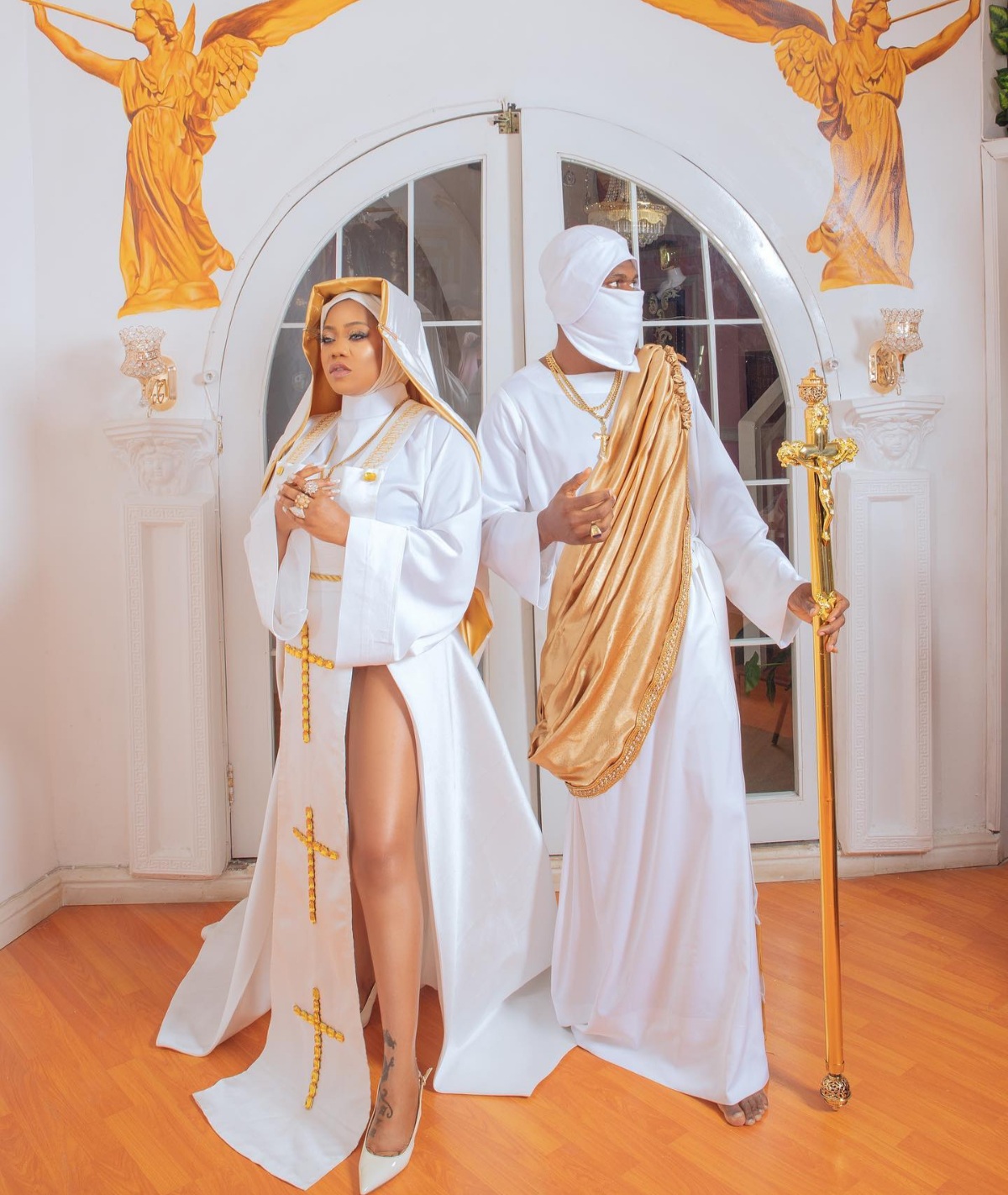 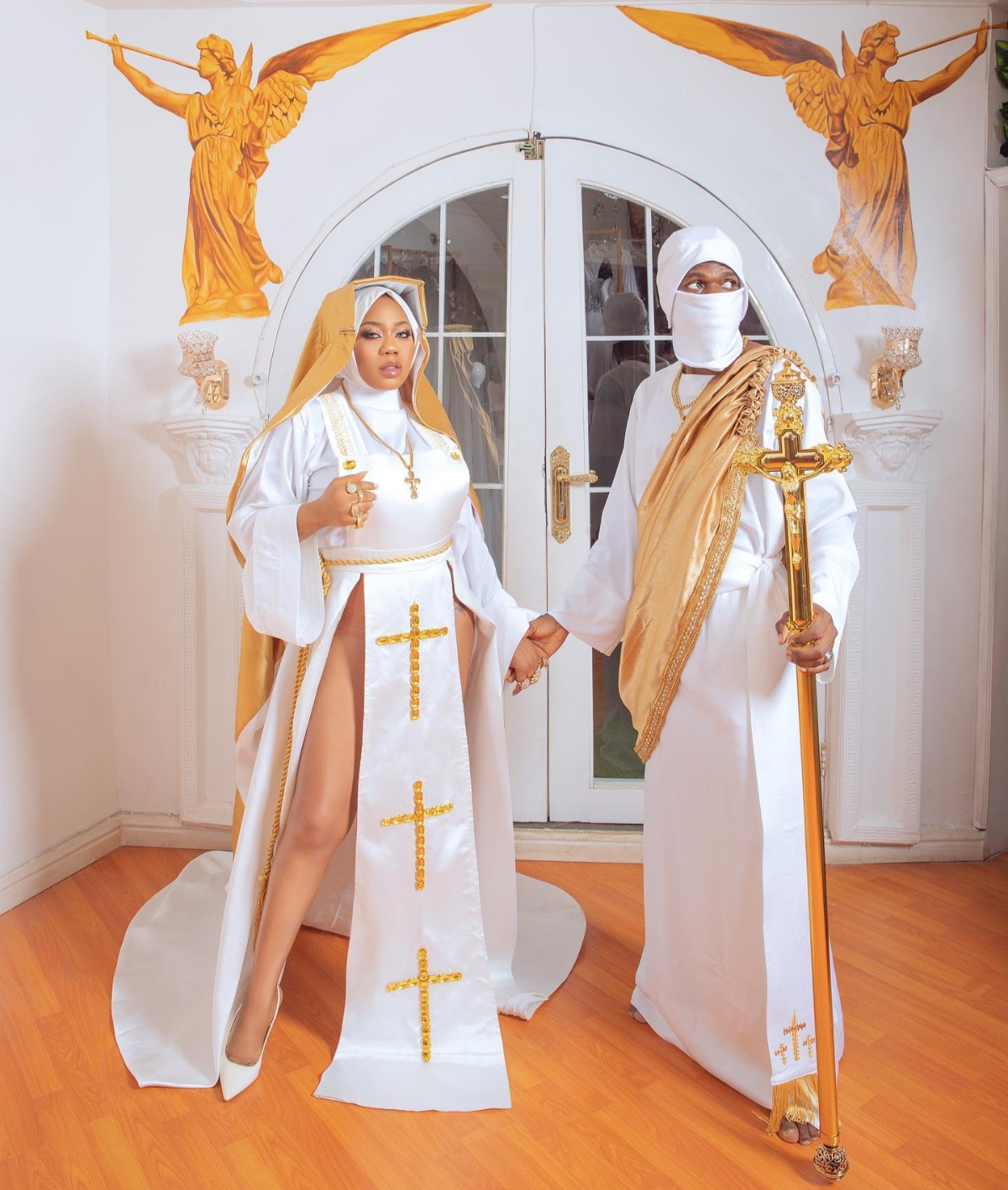 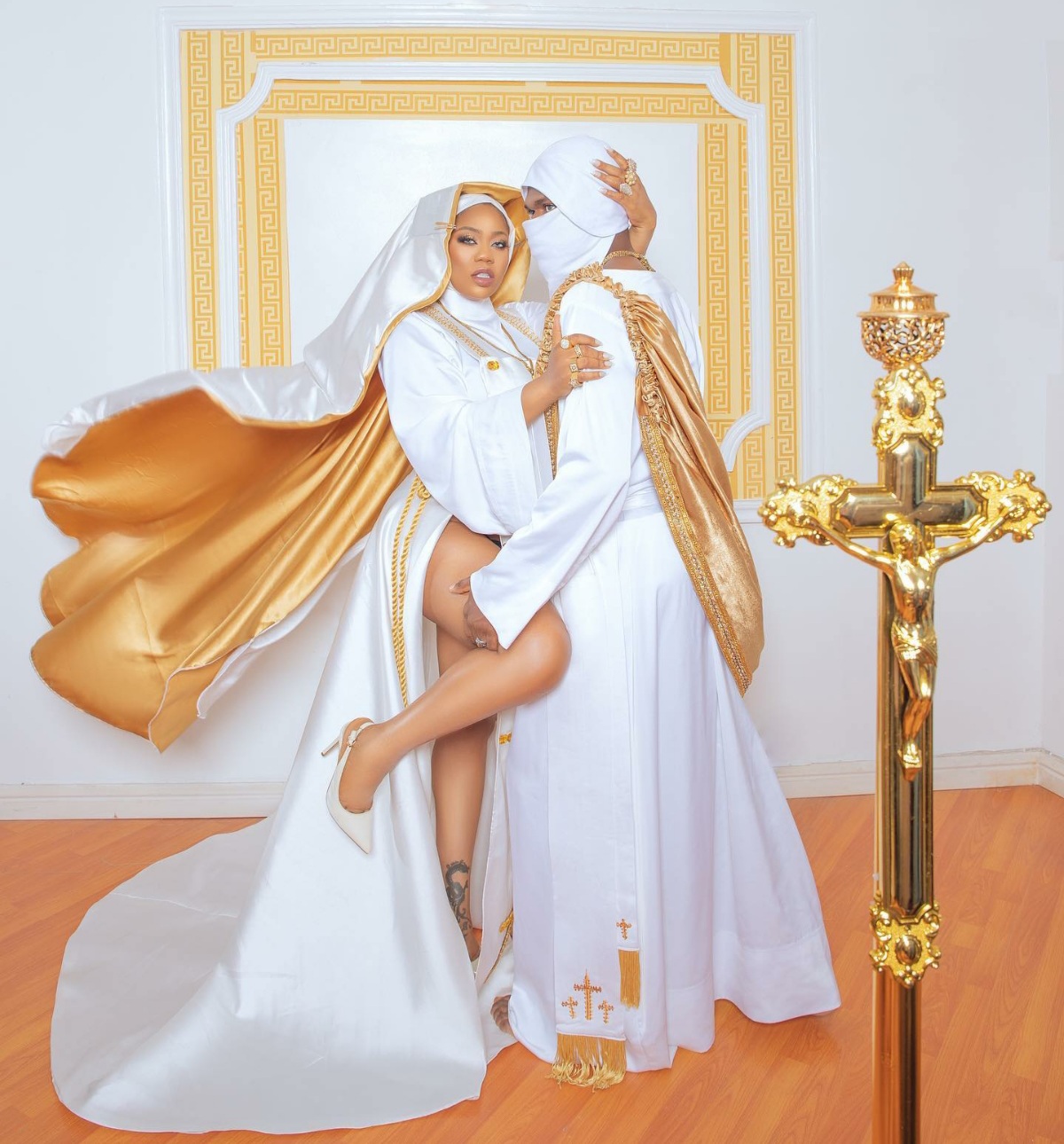 One of the beauties of Christianity is the fact that, it is so ACCEPTING such that some people wonder most often about where the God is! Christianity like some other persuasions, doesn’t have unrelenting and unrepentant fanatics, some of those who have made themselves the defenders of a god or some would claim God, like the God is not able to defend himself if the need calls for it. So with those defenders of god or the God, anything perceived by them to be insulting or degrading or belittling in anyway or manner is seen as a sacrilege and they are willing therefore and ready to do whatsoever it demands, even if it would cause maiming or the need to snuff a life, just so they ll be seen to be defending their faith.

So because of what could happen to any who either deliberately or intentionally would dare to belittle their religion or anything connected to it, most would dare not even try to be be funny. Better to be safe than sorry than to have a fatwa on one’s head.

So we have here in living colours, none other than ace designer, renowned stylist, spa owner or better still very the very popular and unstoppable serial entrepreneur/owner of Tiannah’s Place Empire and Elegante by Tiannah, the one and only supremely outrageous and fearless Toyin Lawani or better still Mrs. Adebayo, playing a damn too sexy prophetess.

A prophetess for those that might not actually understand it, is a female version of a mouthpiece, the very trumpet of God. In the normal hierarchy of true Christian offices, not the adulterated ones has freely propagated by the many wolves in sheep’s clothing that are all over the world, the prophet just like an Apostle ranks the highest. A true prophet particularly is held in high esteem because they are the ones that can only hear directly from God, who would now decipher such messages and pass such down to the people of God. A prophet is not on the same level as a pastor, in fact the order is that the prophet another the pastor and not the other way around, so that office of the mouthpiece of a God, is not one to joke with at all. The prophetess is a partner to a prophet and is a female version of such an office holder.

Even as just a nun, that sacrifice is made when a lady of her own freewill decides to dedicate herself totally to the service of God, willing to forgo all that’s supposed to be worldly or that speaks of such.

Toyin’s outfit here is her own interpretation, very signature interpretation of the expected dresscode #celestialtheme at the film premiere of the new film that stars Toyin Abraham (formerly Aimakhu) and Deyemi as the lead characters. According to her she’s a prophetess ready to bless all her children with the anointing. Whilst the outfit of someone very close to God is supposed to exemplify the height of chastity and much of decorum as that in itself is supposed to preach the gospel, this particular outfit as worn by the very in your face fashionista, who doesn’t care a hoot how you see her or has no scruples whatsoever going stark naked, does not even try to disguise the (outrageous sexiness) that’s oozing unpretentiously in a so called religious garb. See the slits on both sides and the legs showing out of those slits as the legs are opened wide in a very suggestive pose.

Knowing fully well how controversial she knew her outfit to be, she was very willing to play along while stroking the embers of anger some may have against her saying thus-

“Holy Holy why are you wailing, you can now cry in piece 😭, I live by my Rules, Because I have built a world for myself and I am ruling it 👑 👑👑👑 👑👑 👑 👑IF ITS NOT TIANNAH, IT CAN NEVER BE TIANNAH 👑 #KINGOFALLQUEENS 👑

Her fans in their thousands have been falling over themselves to celebrate her to the moon and back.