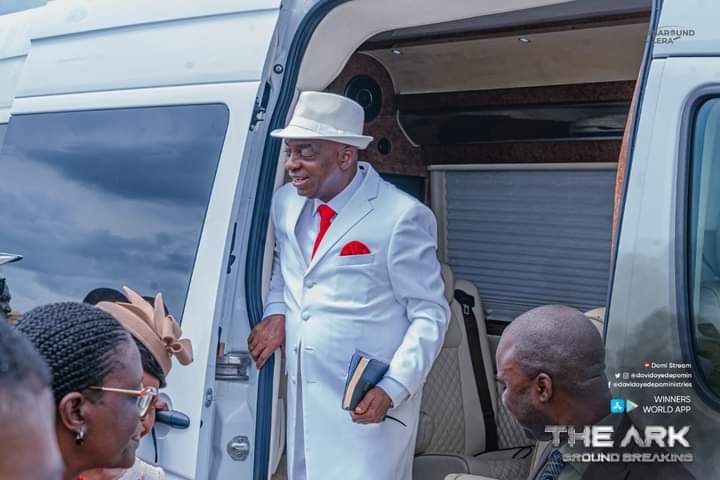 Pretty soon, the highest grossing enterprise in any sector of the economy in Nigeria bar none would be the church and that’s even putting into consideration all other organisations in all the sectors of the Nigerian economy, be it banking, aviation, manufacturing industries, oil and gas etc.

With the way the Living Faith Church Worldwide aka Winners’ Chapel International is defying expectations and breaking records like they are nothing but just mere figures, the (church industry) would soon become the best, the most profitable and by far the most lucrative industry in all sectors to be involved in, as long as one is the owner of such organisation in Nigeria and maybe by extension Africa.

A few weeks back we had written an article about the newest, most humongous and most ambitious plan of the church to build an edifice, to be called the ARK that would be 2nd to none by any church or most probably the most intimidating structure that any organisation had ever embarked on in Nigeria, with their new church auditorium, that would have the capacity to sit a whooping 106,000 that is (one hundred and six thousand souls) at a go very conveniently; a world record by every factor, which would beat or pulverise the record already set and held by another Nigerian Church, but which is based in Abuja, the FCT, owned by Dr Paul Eneche.

Part of the 3 structures that would be built, one which is the Ark, the 106000 capacity cathedral which was first conceived as the ‘Faith Theatre’ before the name changed to become ‘the Ark’ and then there’s going to be a twin structure of 12 storeys each (making a total of 24 floors) that would house their new administrative building-mission tower/international HQ facility, which would also be another record breaking feat, as it may be the twin tallest office building by any church organisation in that part of Lagos. The architectural design of the 3 structures are mind-blowing and intimidating in all sense and they were done by none other than the Covenant University Department of Architecture and the structures would be built by a Nigerian Engineering firm Laratek Engineering.

In that old article of a fews ago, we had roughly estimated that with acute inflation based on a lot of things factored in, that the upcoming brand spanking new edifices, wouldn’t cost less than N100B, which is far bigger than the share capital of so called well to do banks and companies in Nigeria already. But we have since come across the proper estimated cost of the the structures, which would again put Nigeria on the world map for breaking some new records.

According to the man of God in charge of the project, in the person of the respected and world renowned exponent of faith, Bishop Dr. David Oyedepo, “the Ark project is a monumental legacy project to the glory of Jesus Christ”. The structures would instead chop a whooping N160B Naira! That’s a massive $420M plus dollars at N380 per dollar which is very close to $500M, to build and equip just 3 new structures of the Ministry.

Like we had said before, the well known ministry already owns a 50000 capacity at a go auditorium called the ‘faith tabernacle’, where they worship already and even with the 50000 worshippers at go space, the church still conducts more than a service per Sunday, having at least 400000 worshippers at the church every Sunday, which may have been part of the reasons and the need to build a more mammoth size auditorium for more convenience. As the church also anticipates, a far more humongous growth in population. So the Faith Tabernacle is set to become the new over flow facility once the Ark is finished and commissioned. The truth also is that the idea for the Ark project had been conceived as far back as 2015 and the money to build it raised since 2016, withouta kobo of it touched for anything.

One thing a lot of people haven’t even thought about is this, if a church is willing and planning to expend close to $500M on building 3 new structures which they may again build [in a record breaking time of just a year, like they have done in the past with other humongous projects]. It must then mean that, that organisation may probably have at least a quadruple or quintuple more of what they can just let go for such projects. Meaning if nothing at all, Winners’ Chapel may have not less than [$2 to $3B dollars] in their kitty. For this value to actually sink in well, maybe you all need to know that, the church has never once borrowed, neither has it ever taken a loan to build all their structures and also they have never owed any of their staff or workers involved in past projects.

Also again, the man of God has said, that the congregation wouldn’t be taxed or tasked in anyway to build the humongous structures, in actual fact, the complete funds to build the project had been raised in total since 2016-that is 5 years ago, the Bishop like his fondly called by his church only waited till now, to apparently get a go ahead from God to build and the construction has alreadybegan in earnest as the ground breaking ceremony took place about 2 weeks ago. And again out of the projected N160B in total that may have been set aside to finish the project, a whooping N45B is claimed to have been released immediately already! And the thing again is that, there are still other major projects of the church still upcoming too. It is quite obvious for all to see that in terms of physical wealth, liquid cash, that Bishop Dr. David Oyedepo, is undeniably and undoubtedly, the wealthiest pastor (man of God) in the whole of Africa and by extension one of the 5 wealthiest in the world. Meaning also that no other church, except maybe RCCG where Pastor Enoch Adejare Adeboye presides, comes near Winners’ Chapel in terms of 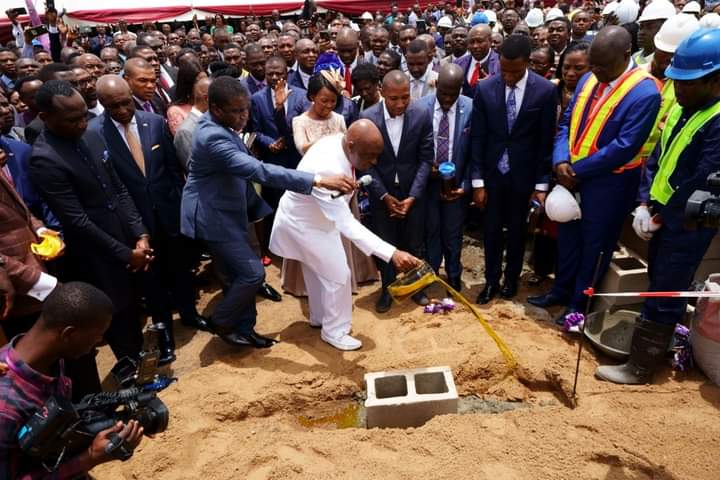 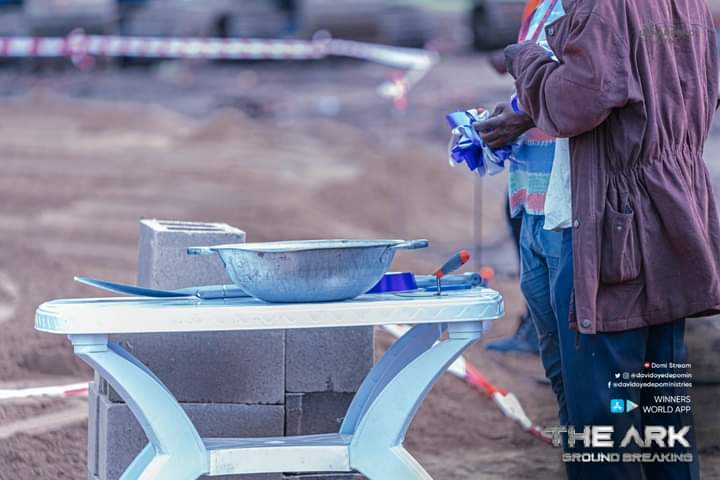 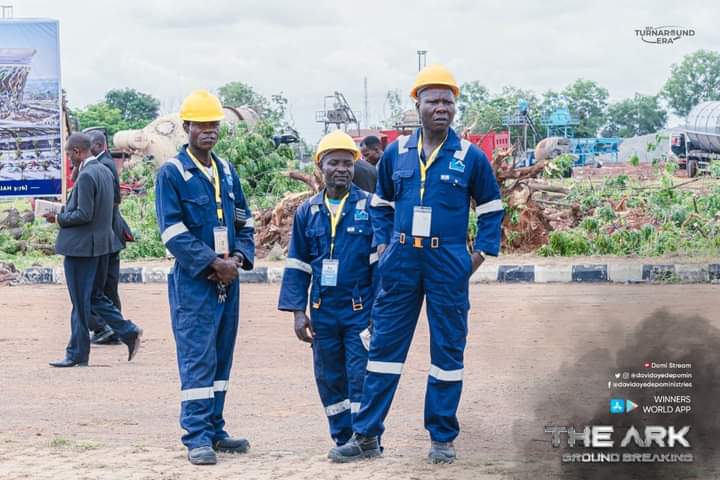 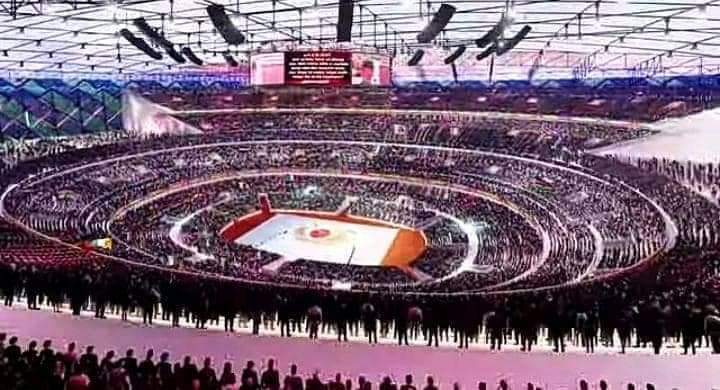 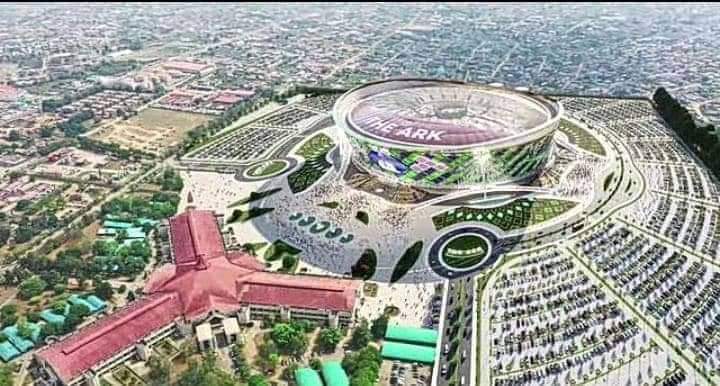 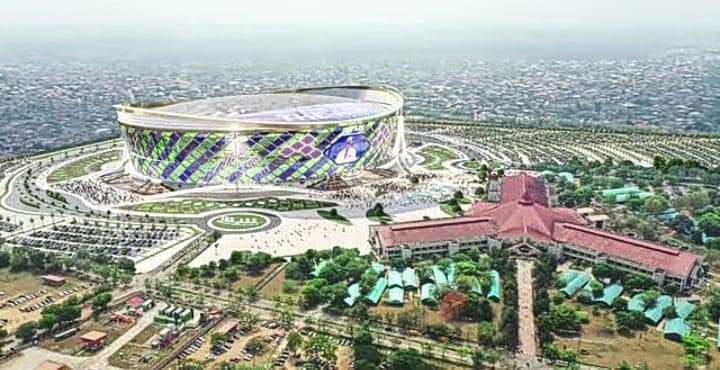 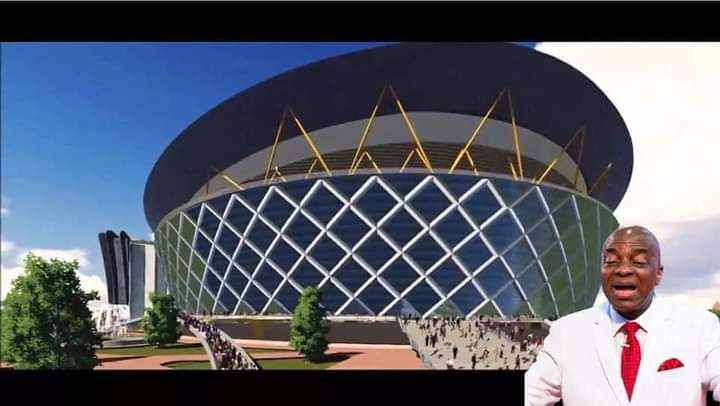