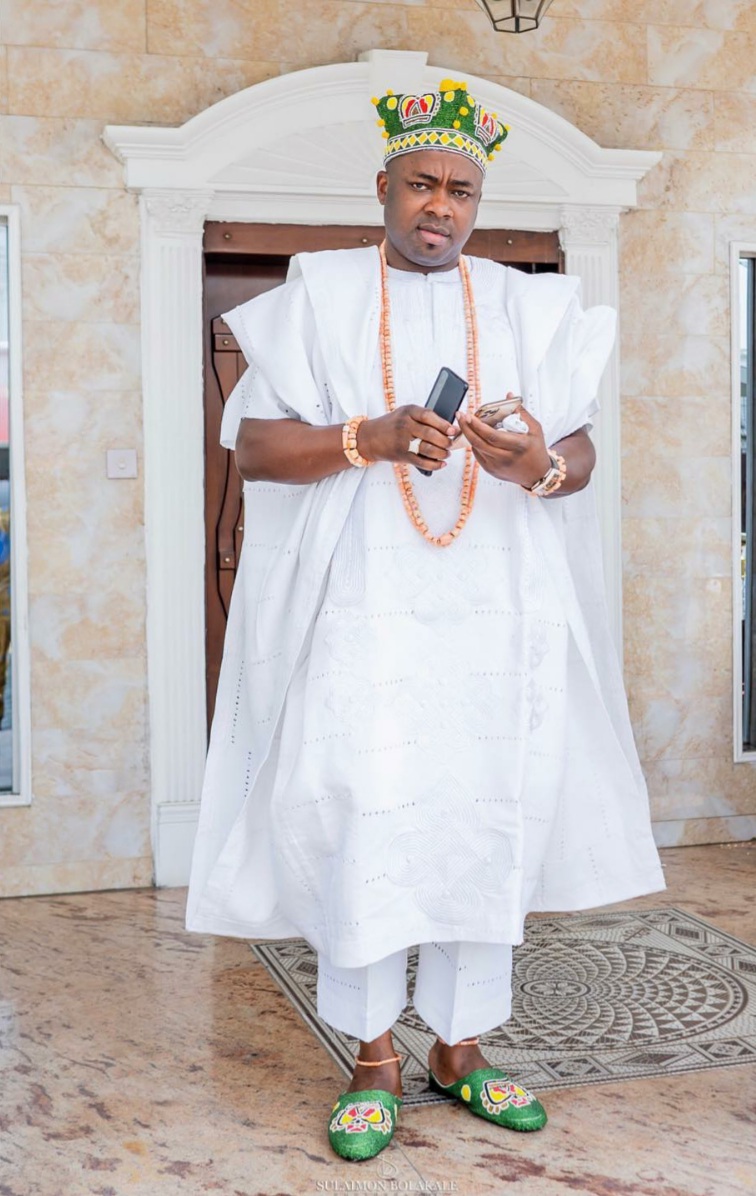 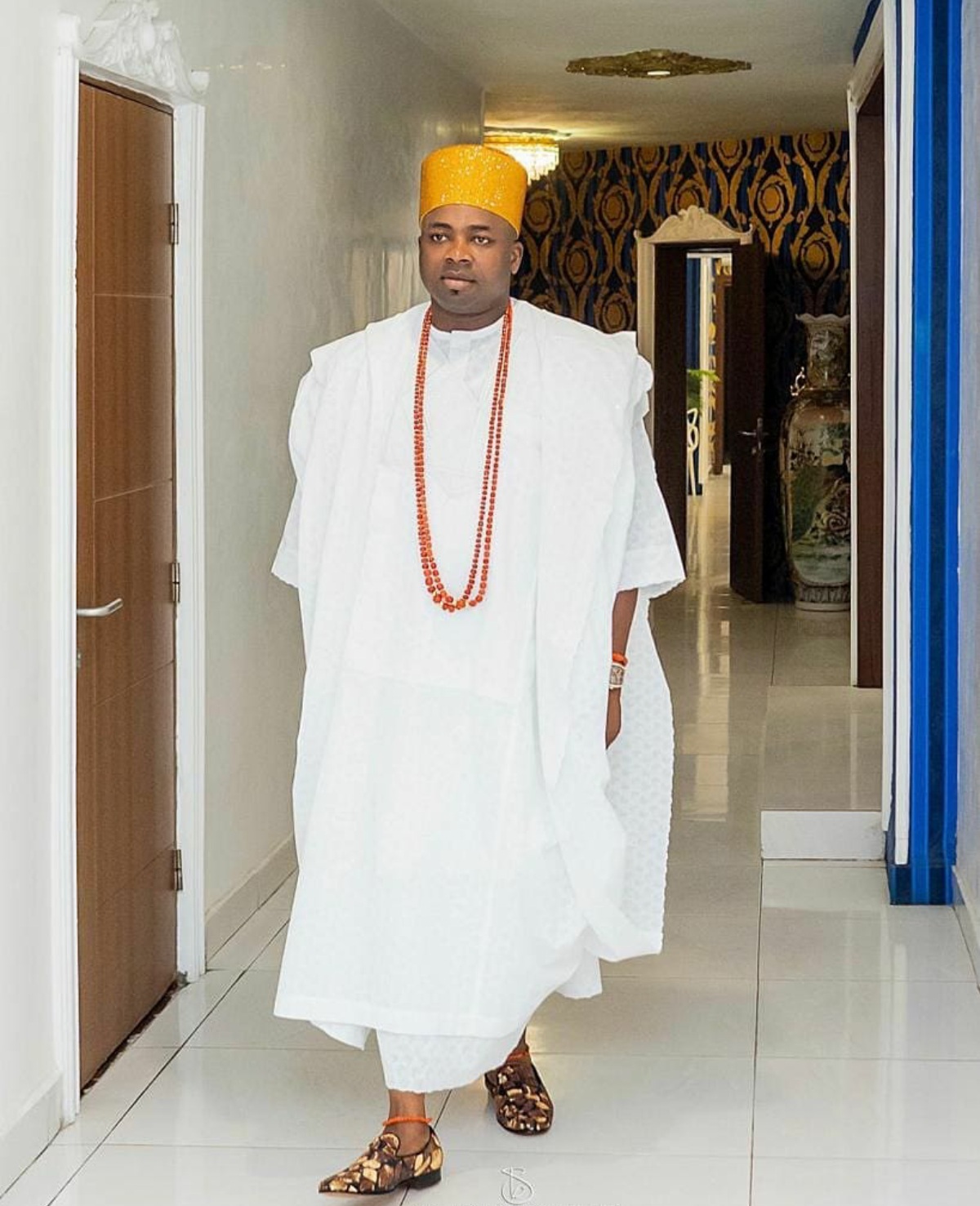 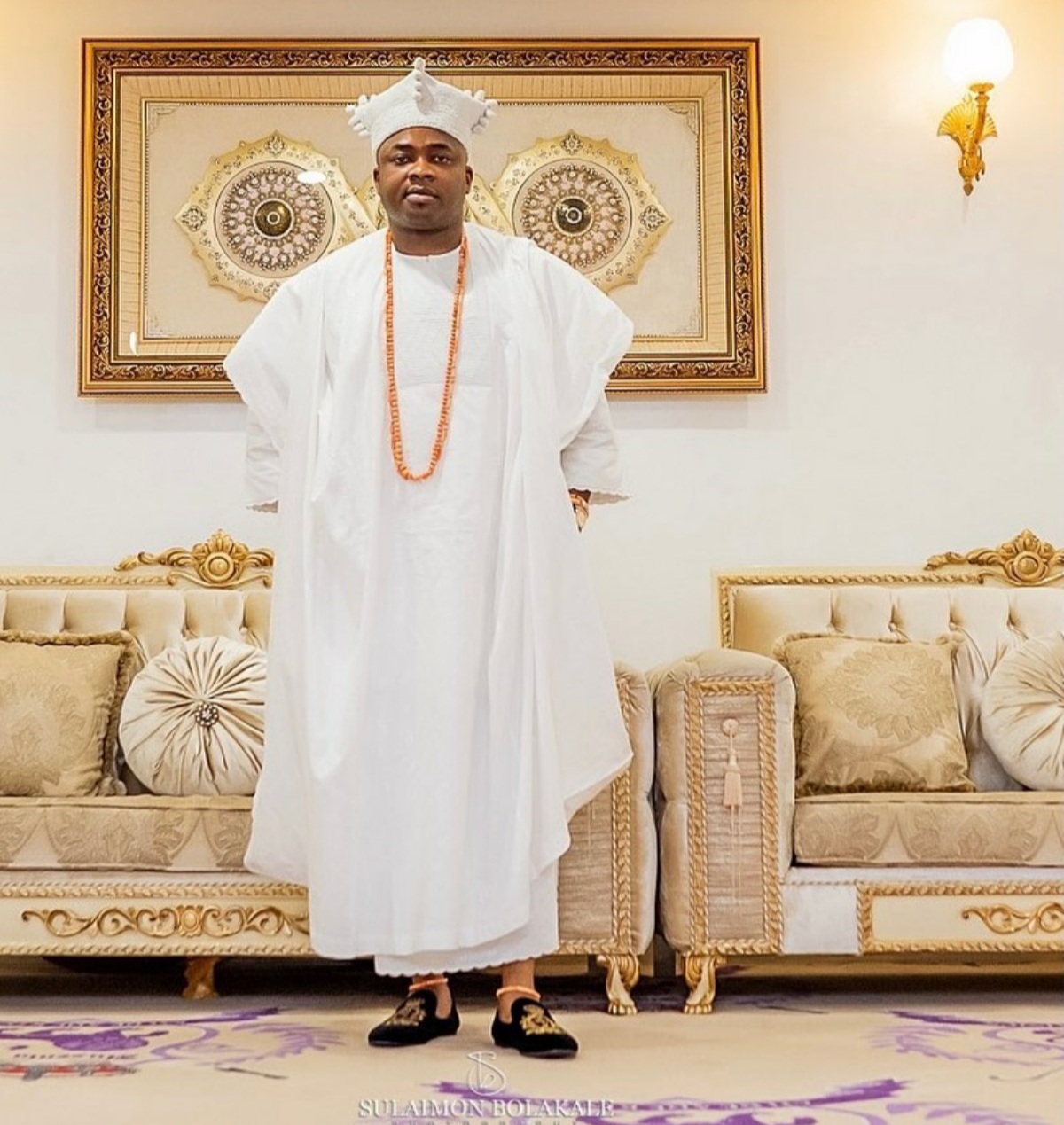 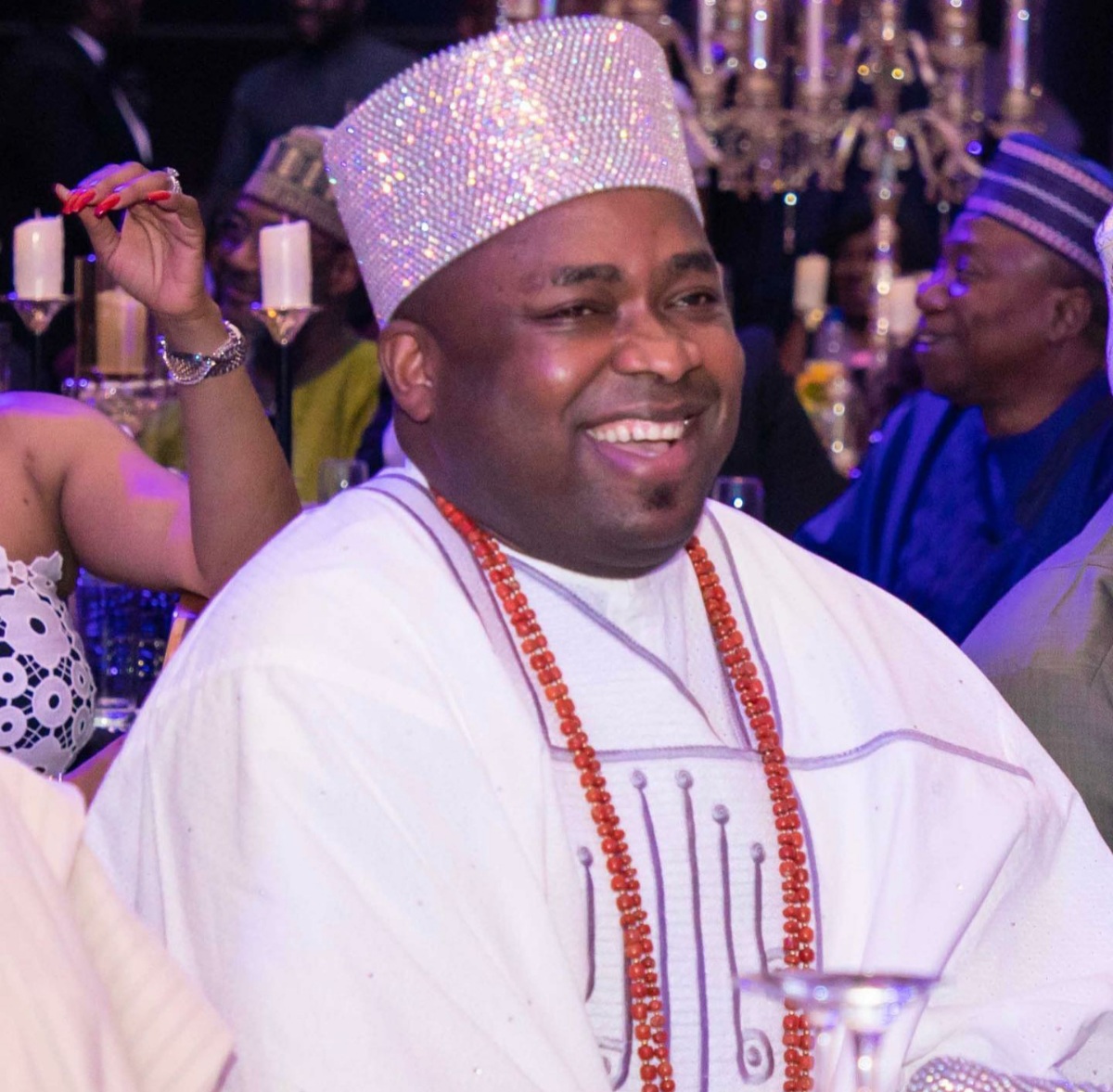 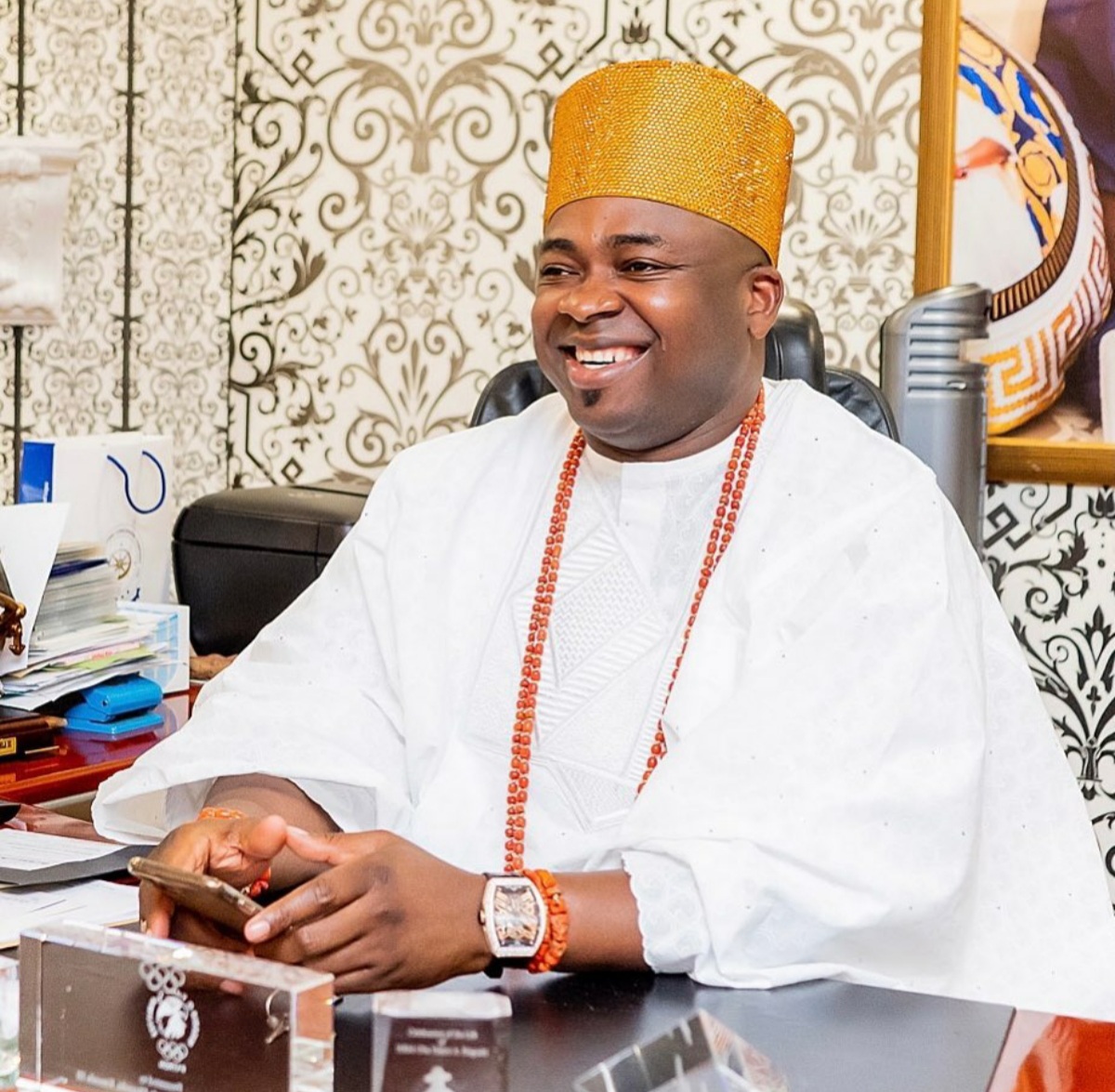 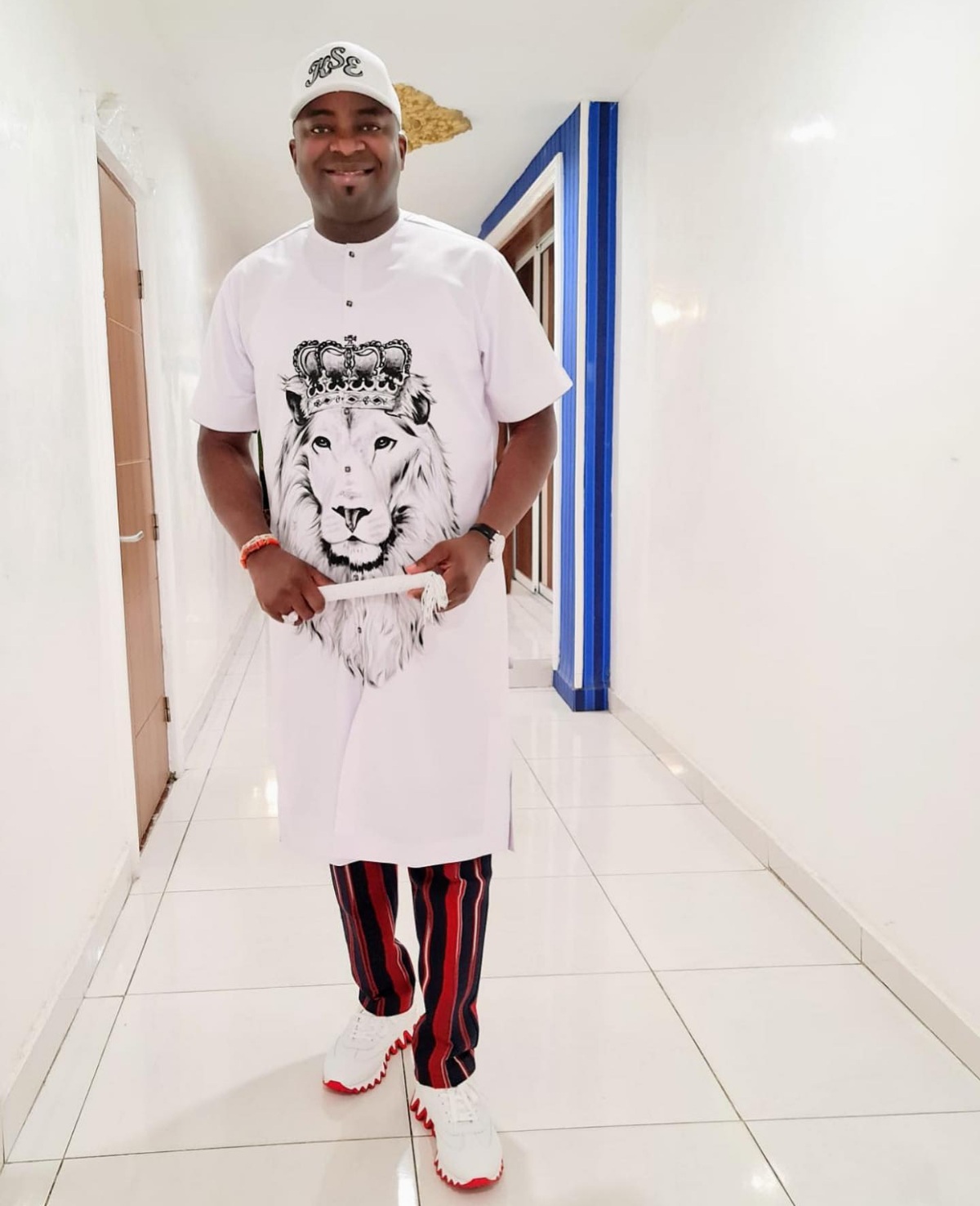 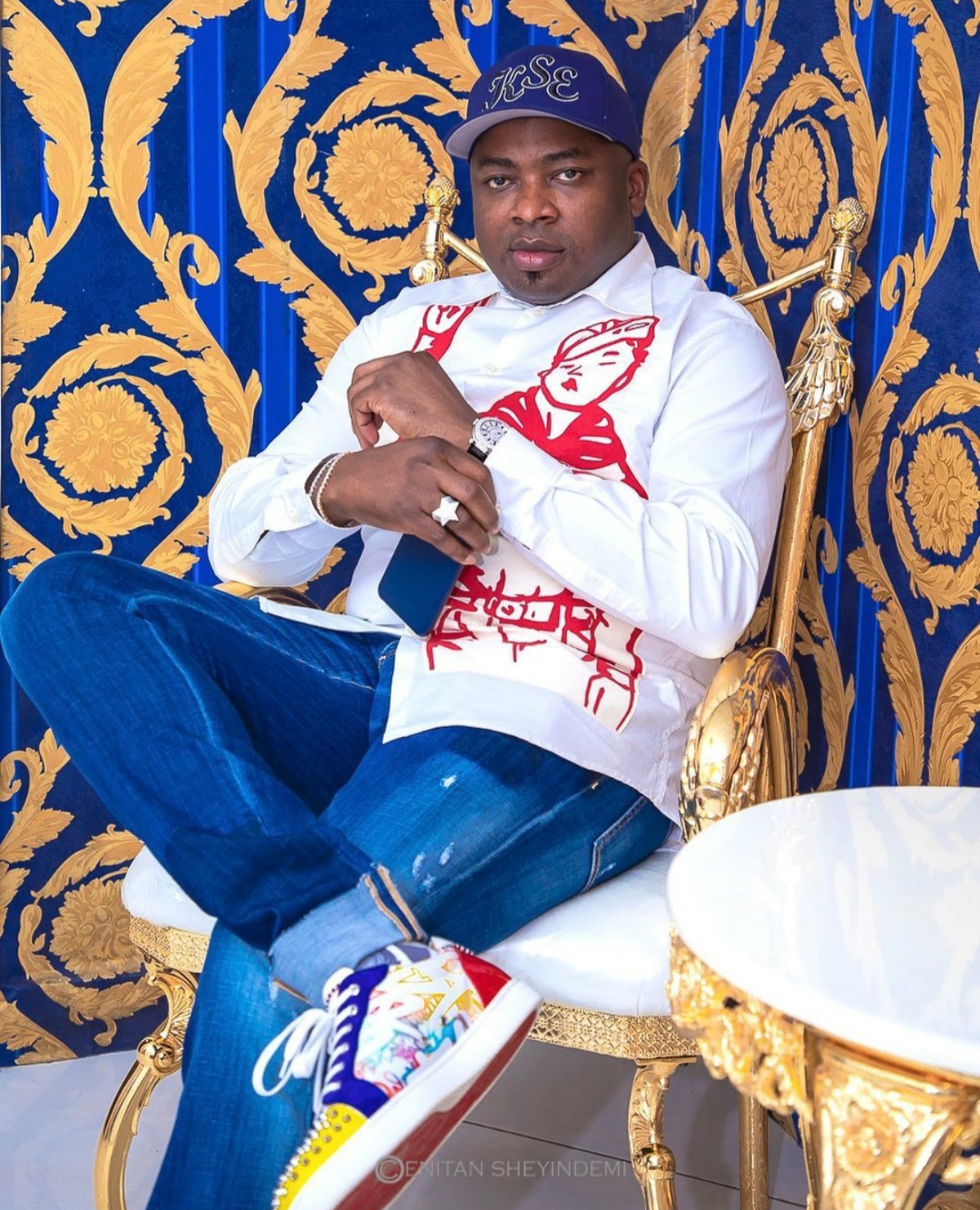 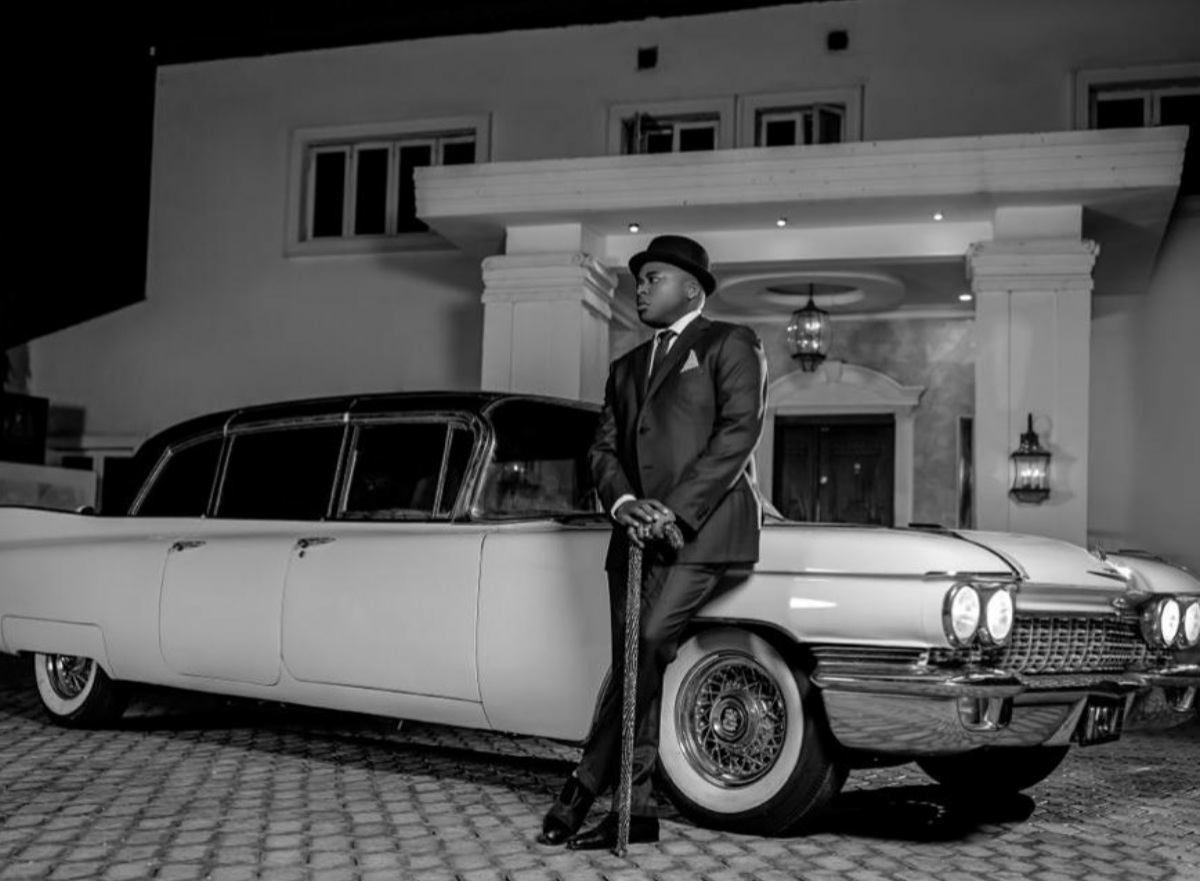 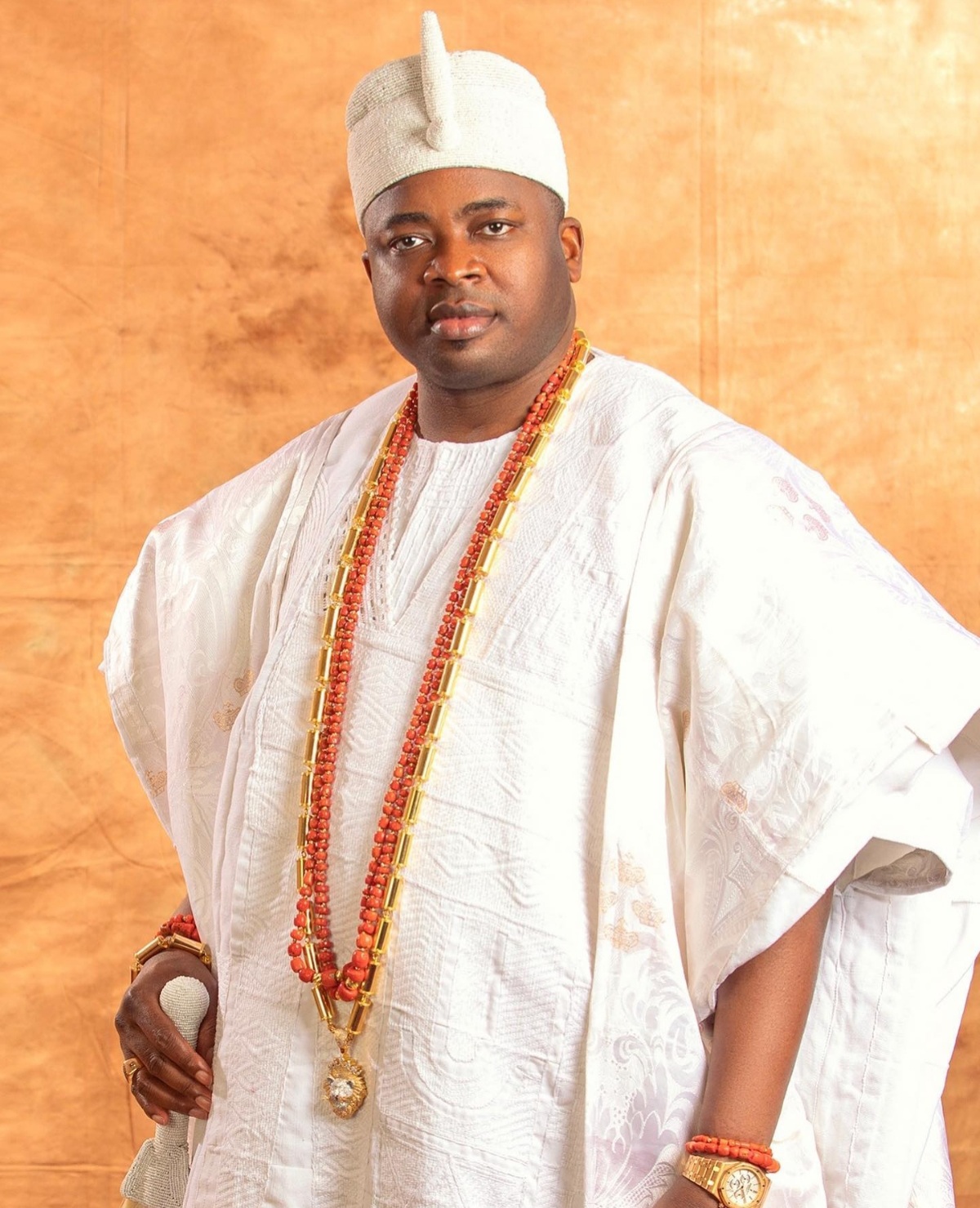 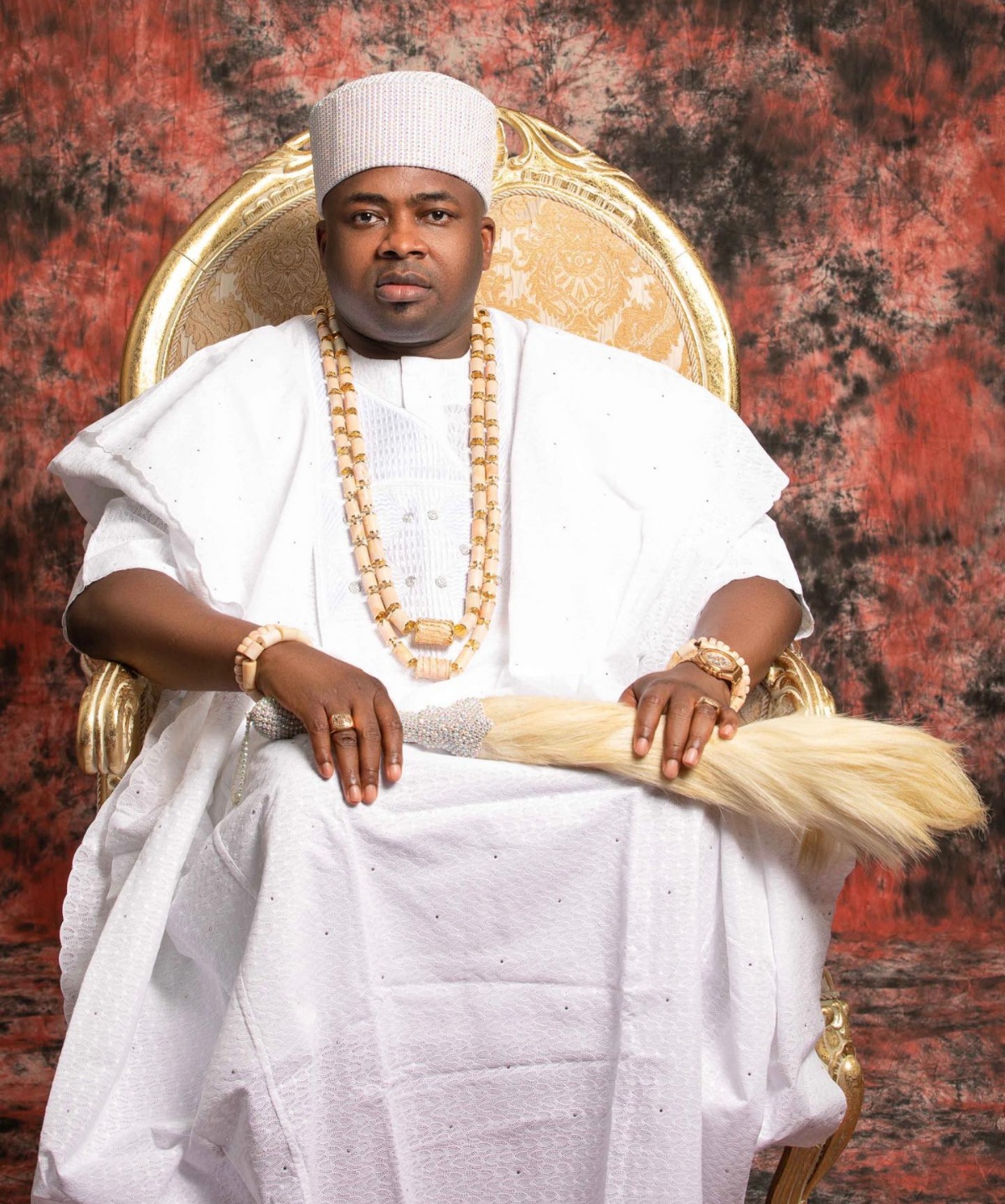 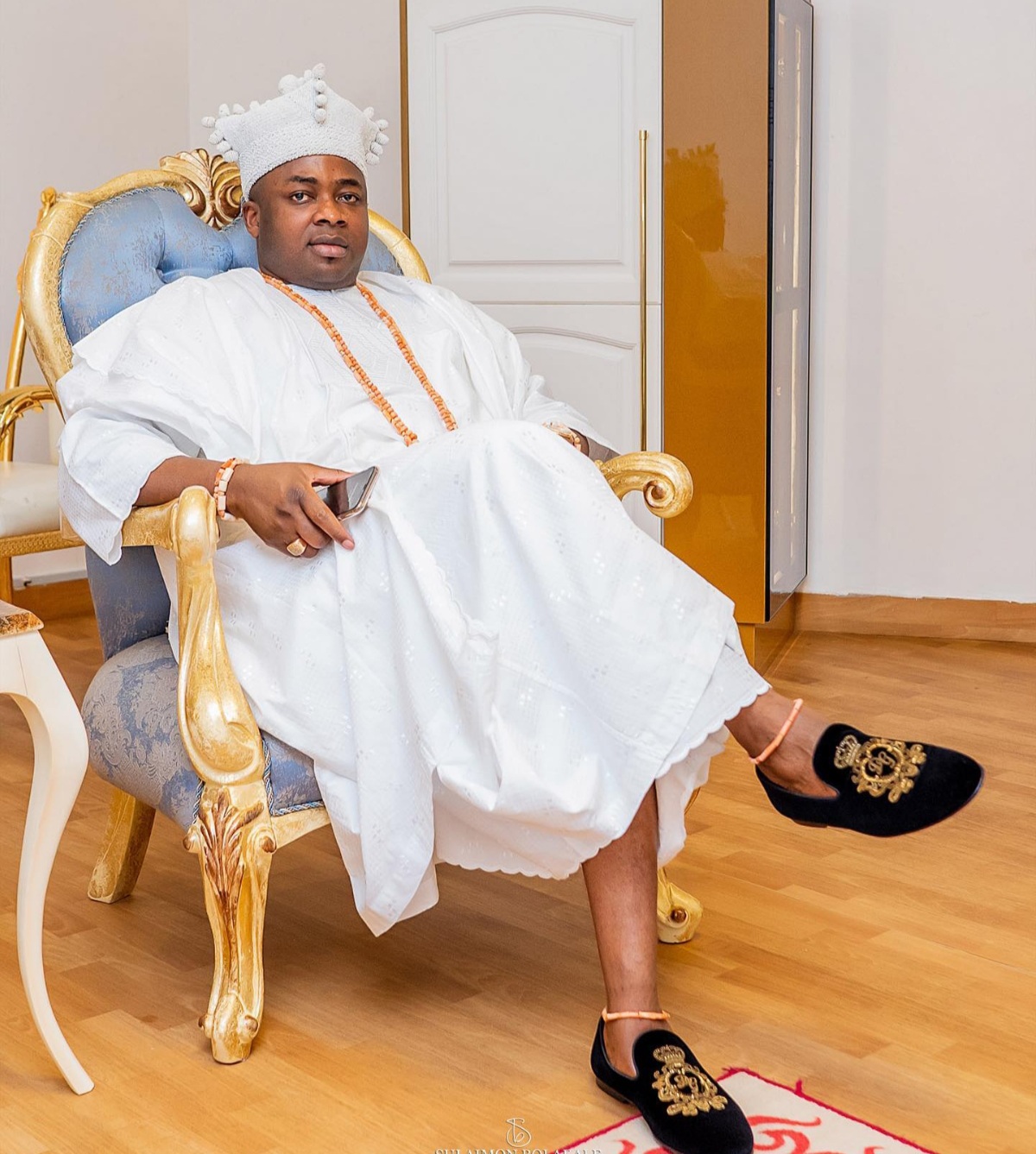 He may not be the wealthiest of them all yet, though he is actually one of the wealthiest of the monarchs in Nigeria already. But by very many miles, he is the most stylish of them all bar none. His gait, his comportment, his confidence, his carriage, all of these and more add up to support our assertion- that he isn’tjust a traditional royal king, but he is also a king of style too.

Either in his lavishly outstanding royal garbs, all of them supremely neat, sumptuously immaculate, fabulously fitting agbadas, that are all always quite royally and not unnecessarily and outrageously garish, like that of a clown, but all are all always well appointed and on point, with those his beautiful and matching pairs of shoes and colourfully rhinestoned encrusted or well beaded or crystallised caps, that he adorns with much oomph, with matching walking sticks of the same effect, covered most often in swarovski crystals and then finishing up the whole regalia (garb) with those beautiful native royal beads on the neck and wrists and ankles sometimes and then finishing everything up, with any of his vast collection of outstanding wrist-watches (highly complicated (tourbillon) mini time machines), each one of which can comfortably build house depending on the types of house one is talking about.

We have seen a few of these excellent works of art that have gotten our unlimited attention and got us salivating, dreaming to own one or or two or all for that matter, the likes of that his rose (pink) gold ‘Rolex Presidential’ which averages for N9M and can get to as much as N27M depending or is it that his yellow gold ‘Audemars Piguet’ Royak Oak which can be about N27M and from the look of it he seem to have it in yellow and rose gold or is it that his diamond encrusted, exotic leather-strapped and quite intimidating Franck Muller with an average unit cost of about N18M plus or is it those his mouth opening, diamonds adorned, standout ‘Backes and Strauss watches in different shapes and cuts and more? These diamond encrusted masterpieces averages for about N21M per piece. All of these are still supported by other random designer brands like his “Louis Vuitton Tambour Damier Graphic Race Watch” a casual watch which is just about N4M Naira. The outstanding and unrepentant watch collector par excellence, one who also favours outstanding four-wheeled machines that intimidates just by appearance as royal chariots, all of those in his intimidating garage are of the best that money can afford.

He currently has in that garage, a signature (customised) ‘Rolls Royce Phantom’- the Gushi I, which is like his favourite chariot of fire to attend very high profile events for now. The humongous off white ‘Rolls Royce’ which we had tagged ‘the lady gushi’ since a few years back, is highly supported by another ‘monster-on-wheels’, that’s talking about that intimidating jet black coloured Mercedes Maybach. Both of this monsters on 4 wheels, actually sapped from his account nearly $1M dollars, that’s close to half a billion Naira for just 2 cars alone! And these 2, does not include all the other so called, somewhat regular SUVs and high grade saloons that are valued in tens of millions of Naira and that are still part of that intimidating garage and part of entourage.

Even when it comes to his continental outfits, be they casuals or upscale semi formal, this particular monarch is one that can be tagged the ‘ultimate dapper dude’. A king that is both the epitome of cultural elegance and traditional panache and at the same time the master of elan too, one who is at home very confidently so too on both sides of the coin and one who is very aware, knowing style is not just about clothes alone, but that it is all encompassing. So on all levels that counts, he is the actual definition of “king cool”.

His very elevated style is also quite obvious in his choice of wives too. With both queens (oloris) being masters of the game too on their own, in their own rights. The combined value of the gemstones (diamonds and more) owned by both gorgeous and unrepentantly stylish queens is so staggering/mouth opening, that it would make some without the strength faint in excitement, just to say the least.

While the monarch being male, can only afford to use his wealth to acquire outstanding and very valuable wrist-watches running into millions each, with a few out of the world diamond splashed rings too and cars of great values running into hundreds of millions of Naira, his wives being great adornments themselves that can be shown off, as part of what makes the king who he is, both have no scruples at all, collecting and acquiring all of those things that separates actual ladies from girls.

‘Olori Sekinat Aramide Elegushi’, the first wife of the stylish king, who is also known by the famous sobriquet of Olori Gushi I, has been known for several years now to be a famous collector of the highest grade of the impressive and highly sought after HOH brand of lace, hence she’s famously regarded as the ‘queen of HOH’ amongst the several nicknames that she’s called. The famous Austrian brand is one of the most renowned lace brands in the world, that is highly favoured by Nigerian ladies of style. To not have a few is not to belong the to upper echelon of style movers and shakers. In fact, part of the brand’s major success story in the world can be attributed and associated with the patronage by Nigerians for many decades now, who love their brand to a fault and would go to any length to buy it. Those who stock the brands are actually multimillionaires many times over themselves. So if you don’t have the means, you don’t go near HOH.

On the average, the HOH which is not the outright best amongst the lace brands, but one of the best brands and one of the more desired one especially by Nigerians, sells on the average for N400,000 for 5 yards and then climbs higher as it’s more luxurious and more rare. And once you have worn one to a party, it has been seen by all. So you must have many then. Olori Sekinat is renowned for being one of the biggest and best collector of the lace brand and in all the colours of the rainbow that one can imagine, which she flaunts with much aplomb at most functions she graces or attends that demands for traditional outfits. And you can see her, adorn the outfits wearing some of her out of this world diamond or gemstone pieces that are always a sight for sore eyes. When people know that she’s coming to an event/occasion/function or whatever it maybe, people are always on the watchful lookout to see the new attire, she’s may be wearing wear that would get people google-eye with admiration. And she’s been like this year after year for more than half a decade now. And this is not to say her continental style is not also on a lockdown too.

Long before Olori Hadiza Yakasai Elegushi became the 2nd wife of the supremely stylish, his royal majesty, Alaiyeluwa Oba Saheed Ademola Elegushi, Kusenla III, the Elegushi of Ikateland and environs, she had seasonally shown the stuff of which she was made, quietly in terms of her gorgeous style amongst the Abuja based, high ranking ladies of style, owning her own without flinching with much aplomb. She was unquestionably, ‘one of the most stylish ladies in Abuja’ and by extension in the North then. Her hand bag collection alone was of the legendary nature, favouring far more some of the rarest brands and most expensive brands at that, that style purveyors of the highest grade carry, one which is the ‘Judith Leiber Couture’ range. Mind you, she still does all the regulars like the Chanel, Hermes, Bottega, Fendi etc. Also in terms of jewelry, it is like stating the very obvious, as ‘real baubles’ of the most expensive types have been known to be the best friends of the Northern ladies of style for eons on end. To own jewelry in gold and cold stones-diamonds, rubies, amethyst, sapphire etc is so natural to the Northern elites, that to not have at least a collection to boast of or to show off, would be deemed as strange and Hadiza is a dame amongst the highly rated classy dames.

She was involved in the high stakes business of oil and gas and other sundry lucrative businesses before marriage came calling. So she was already on the level. So on marrying the filthy rich, young monarch then, it was just a natural progression from what she was already known to love from the get go. So in fact it’s just a consolidation. Like Olori Gushi I, Olori Gushi II is not a pushover at all in anyway, but an authority on style all by herself.

So the king is not just a king of style all alone by himself, but even his harem- his queens too, on the left and right are (maidens of elan), both of which cannot be rivaled and we repeat, cannot be rivaled on the style stake too, by any queen from any parts of Nigeria, be it South West, South East, South South or the North as a whole.

So all hail King Gushi, the very grandmaster of the game without a doubt. 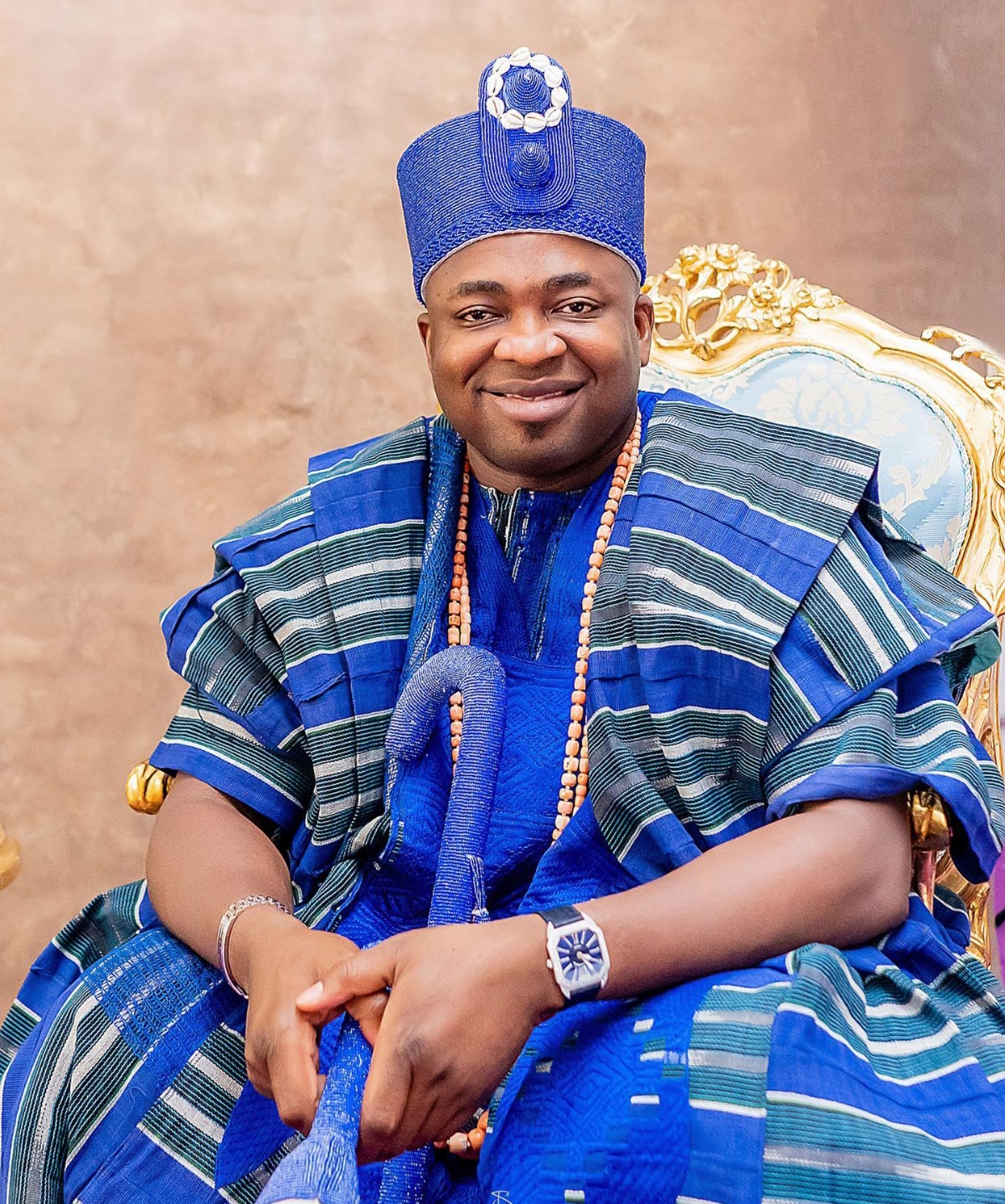 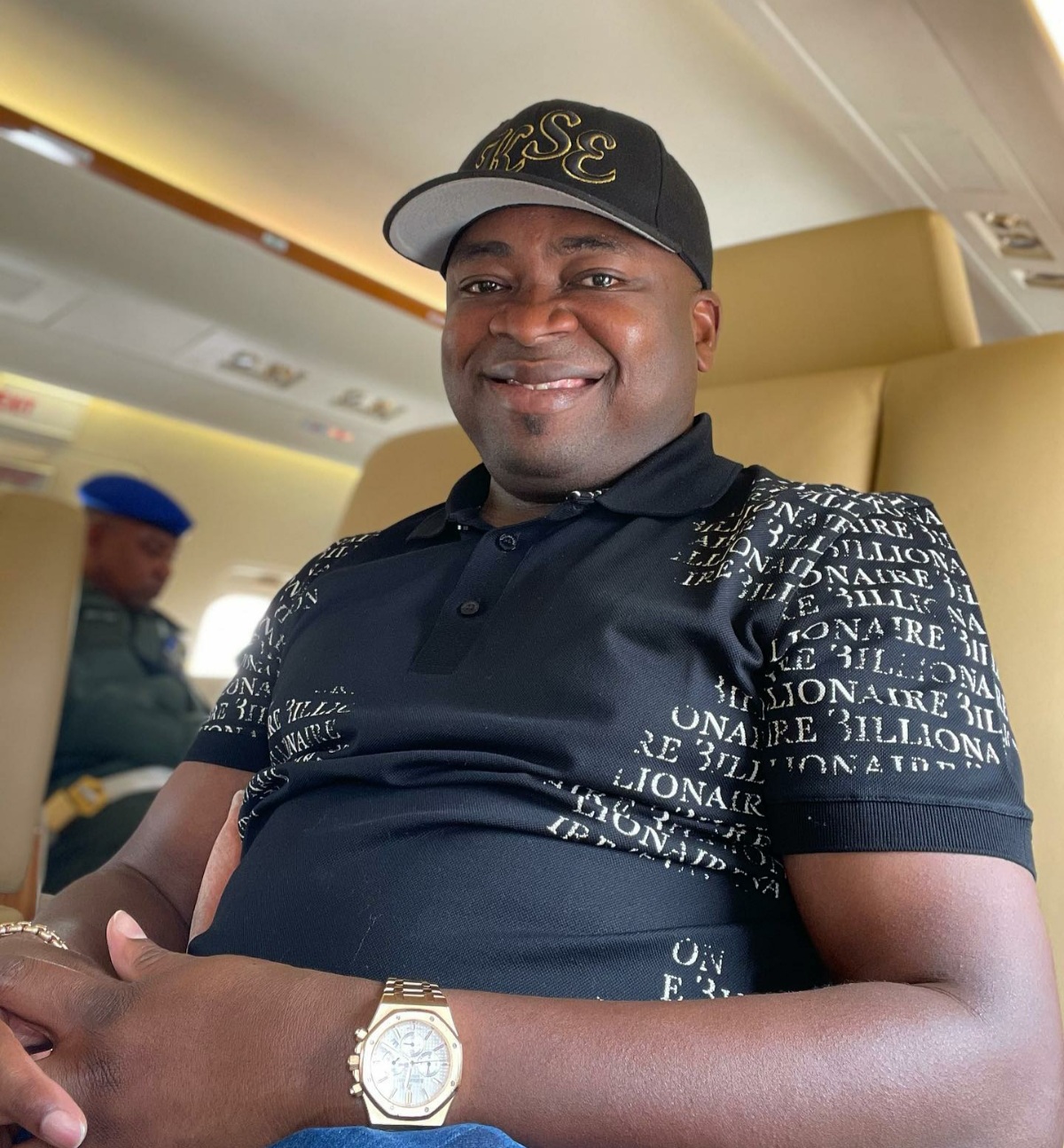 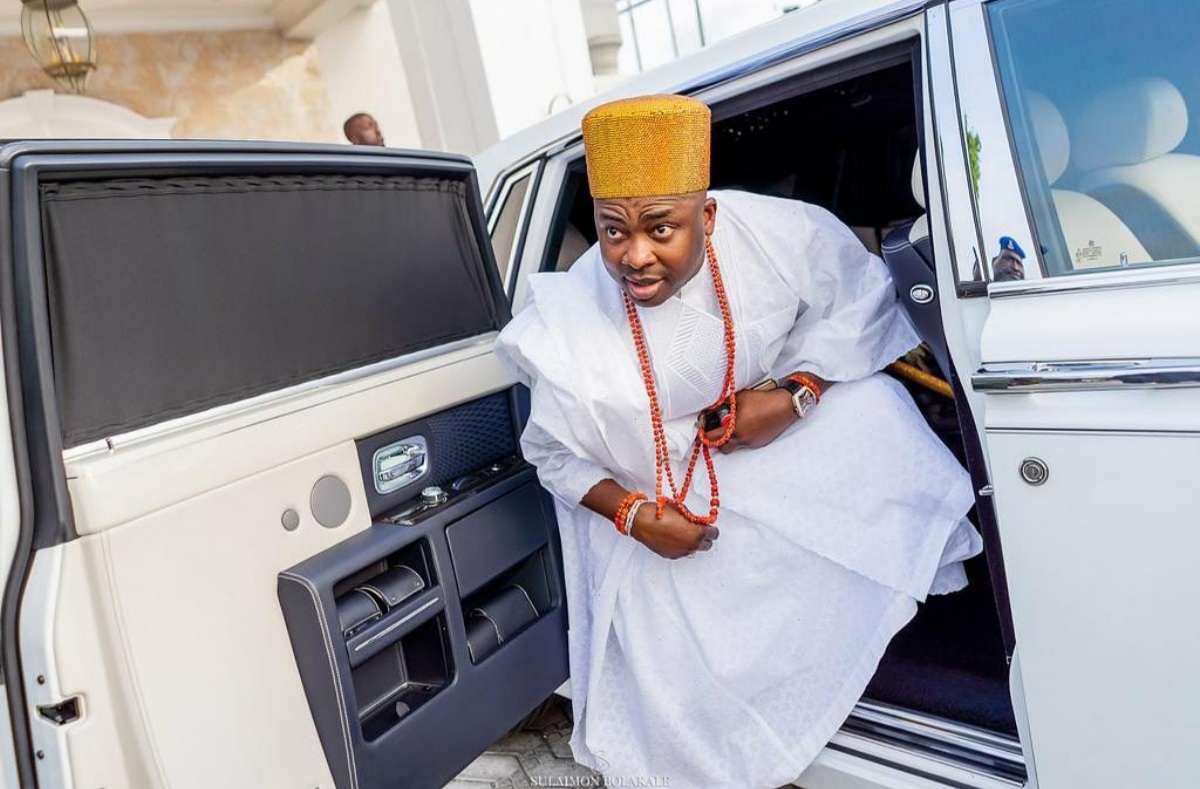 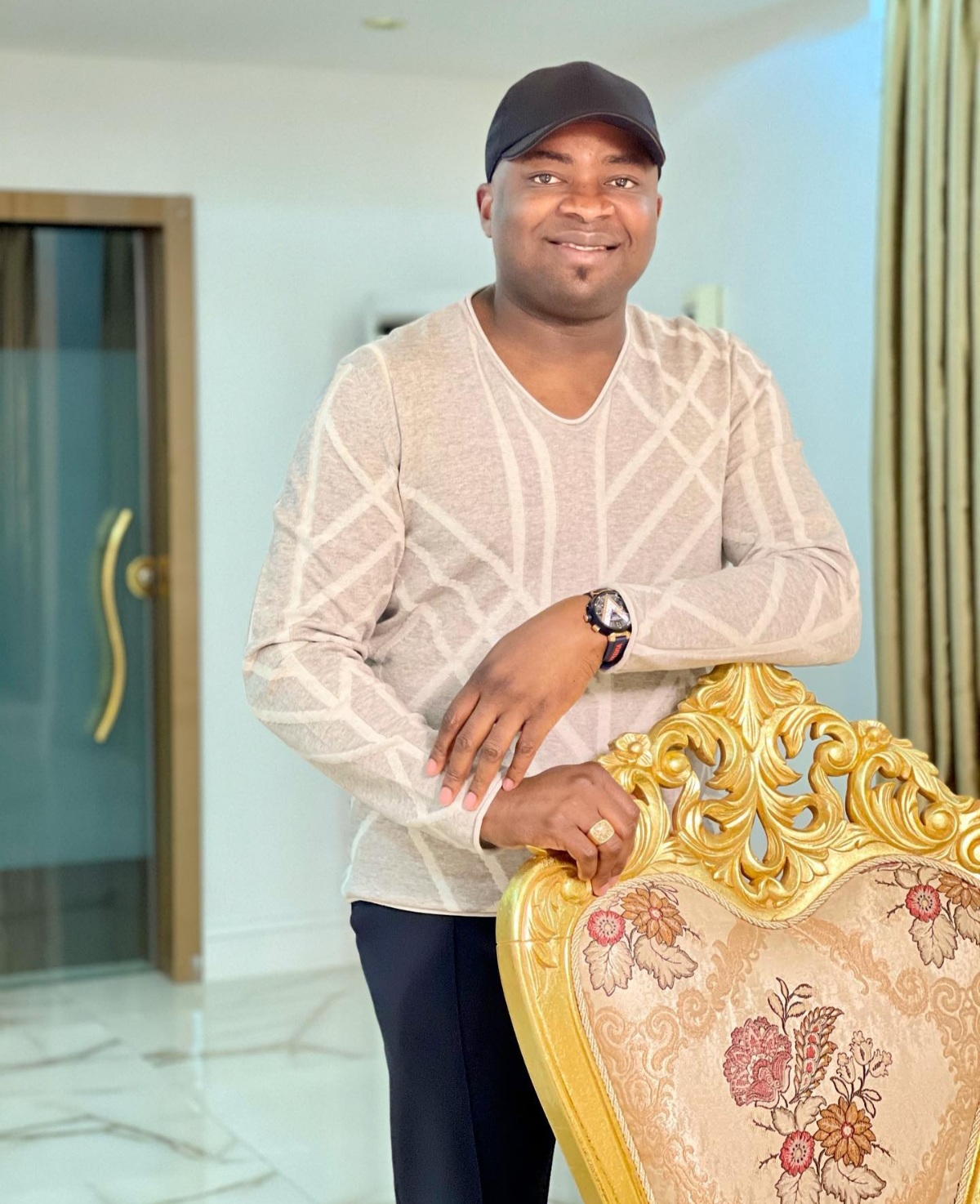 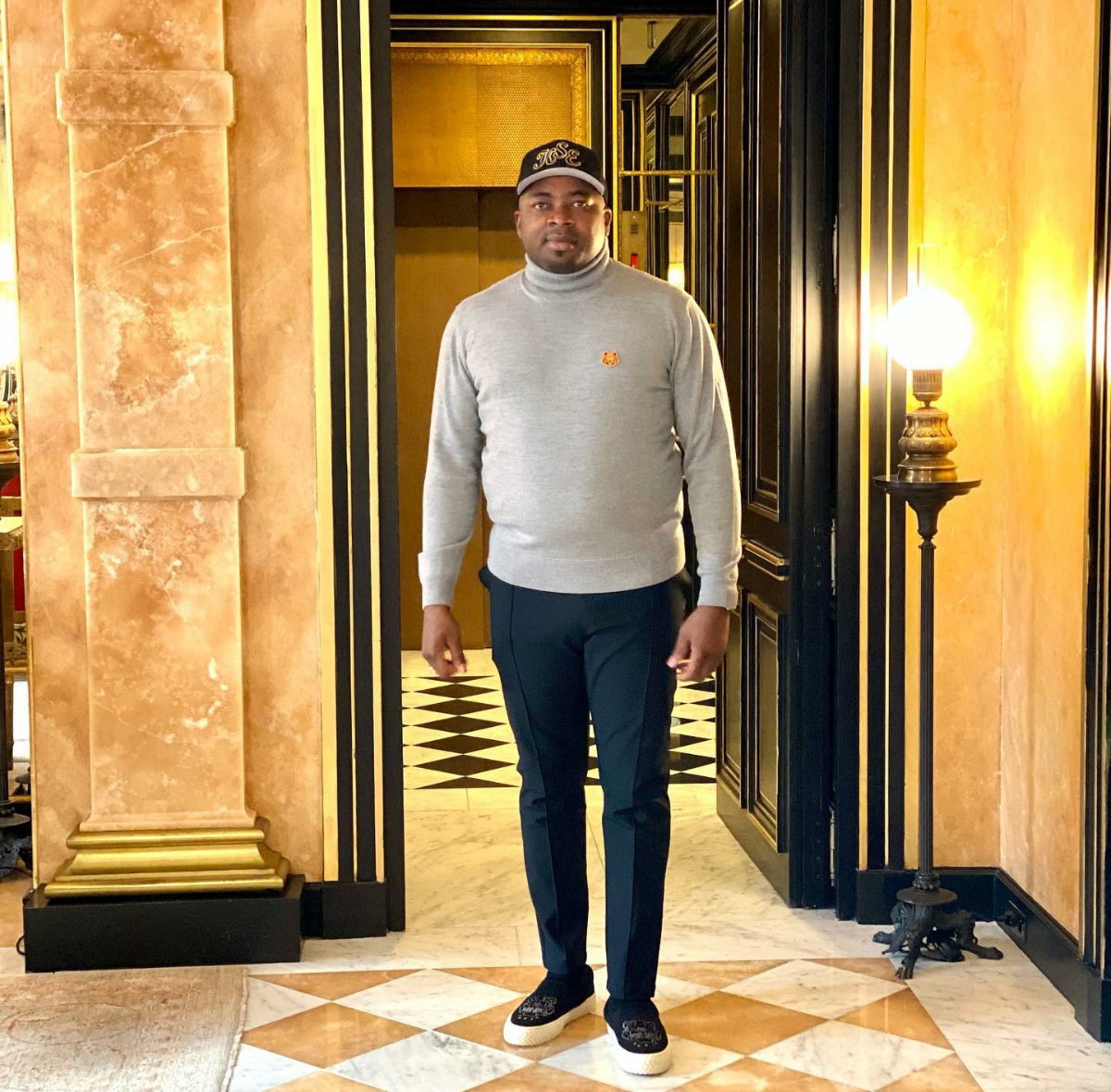 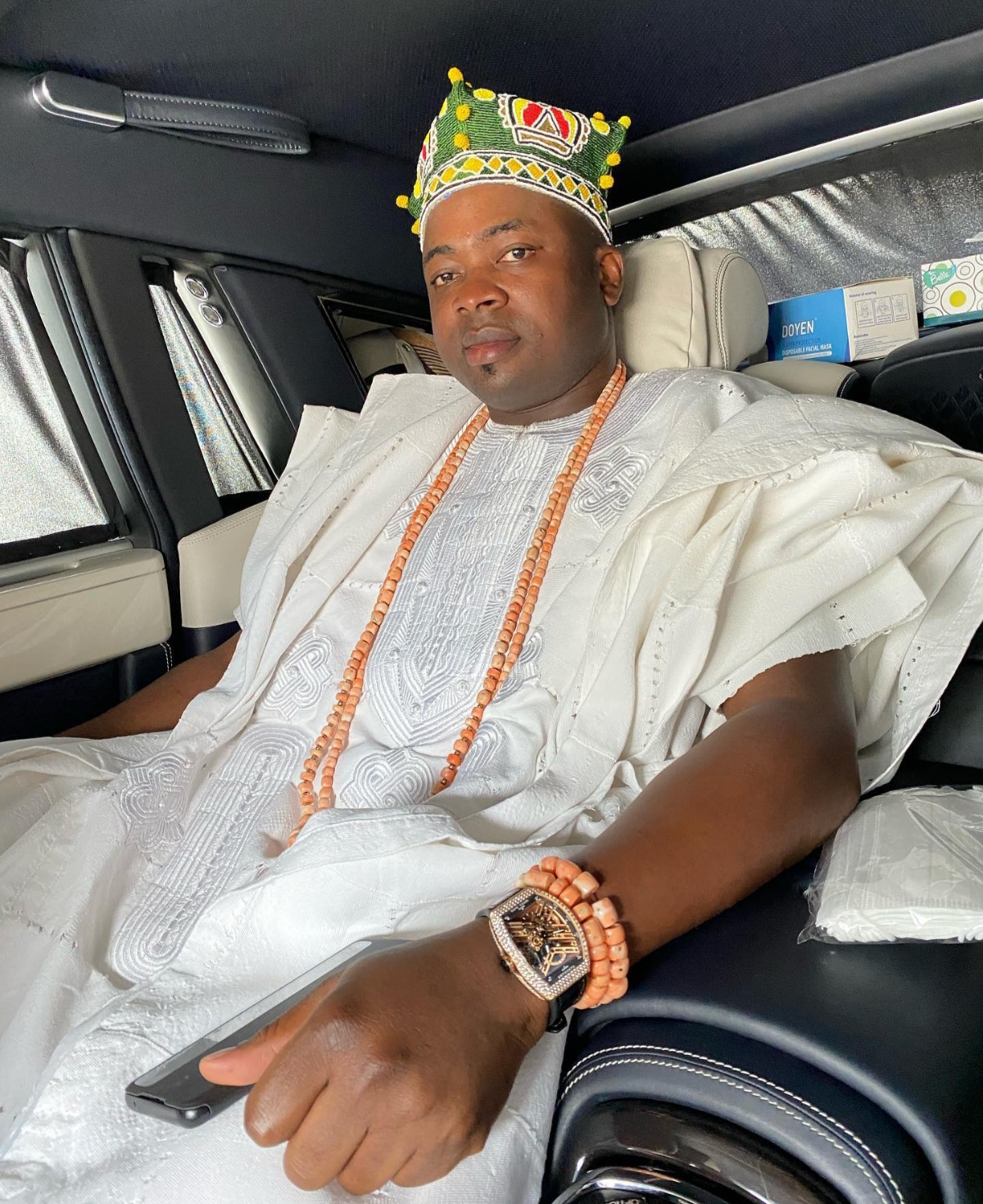 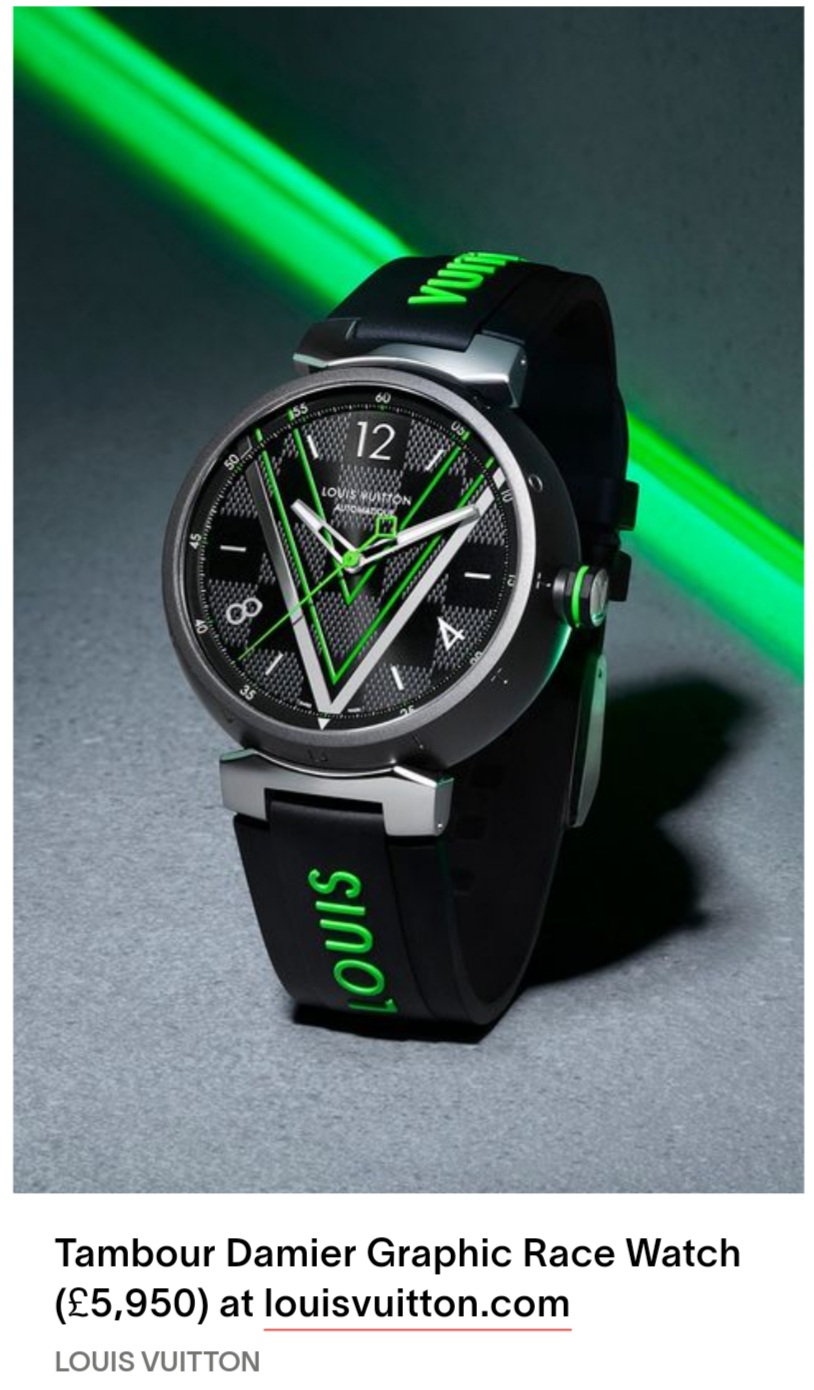 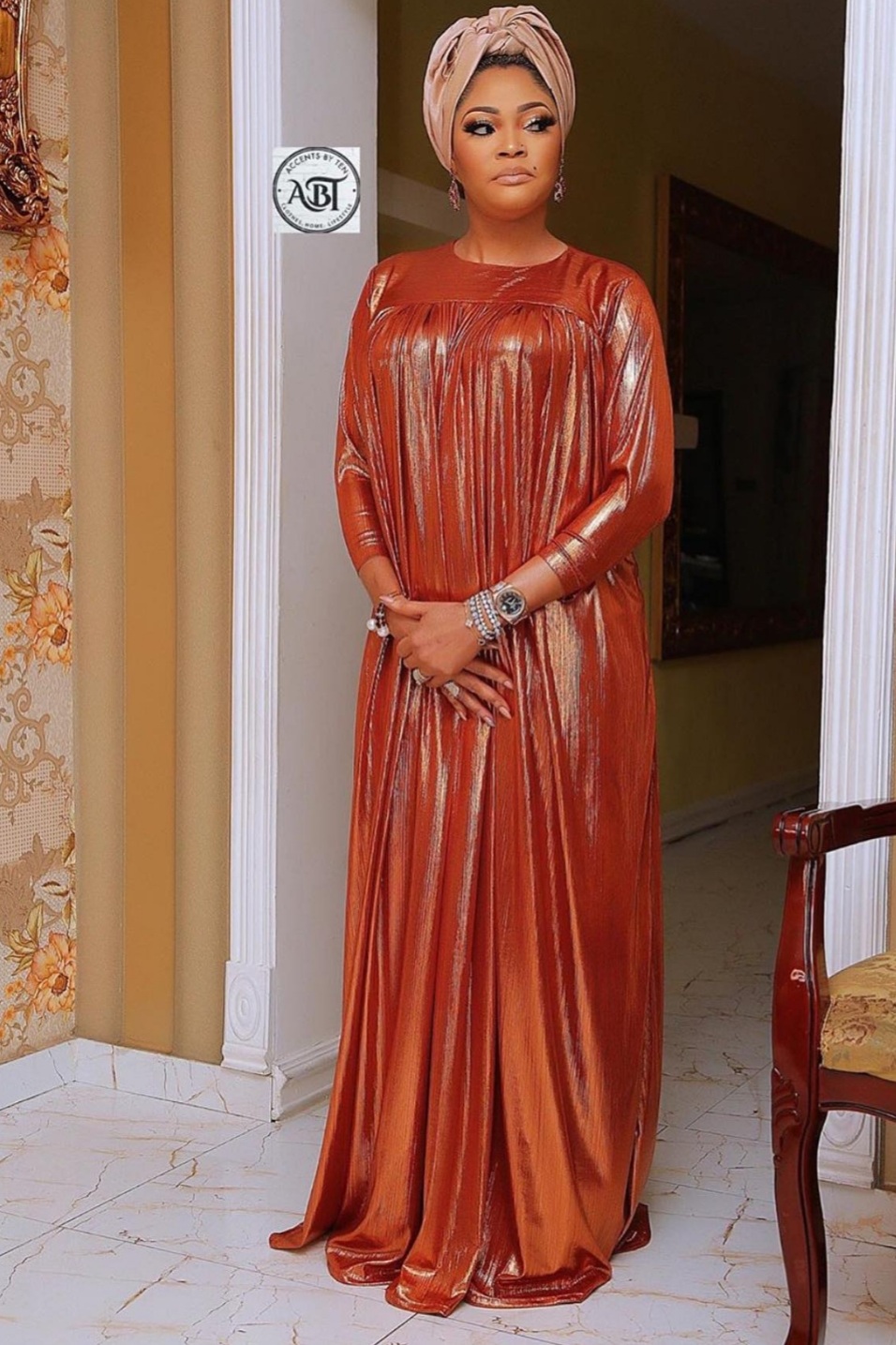 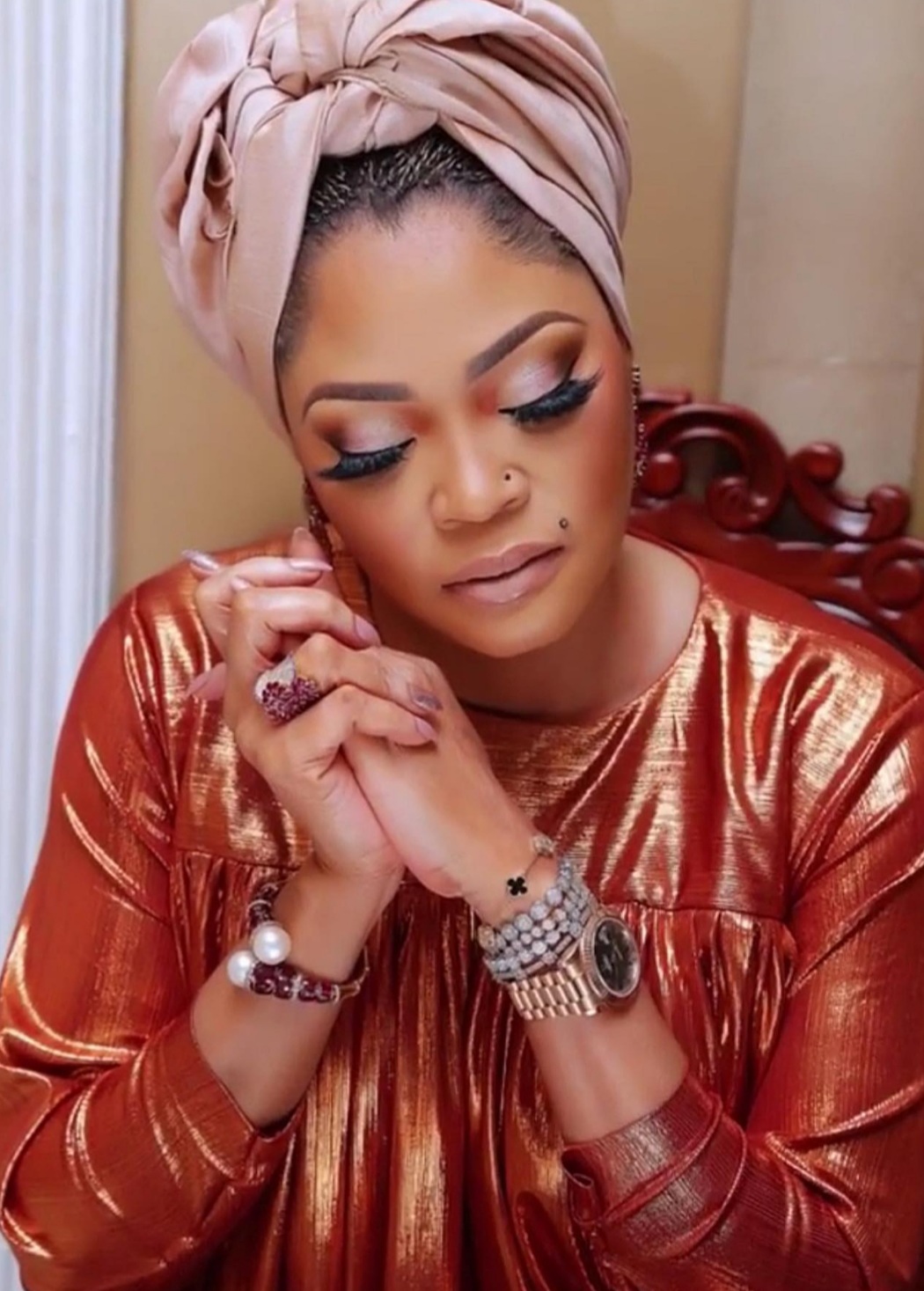 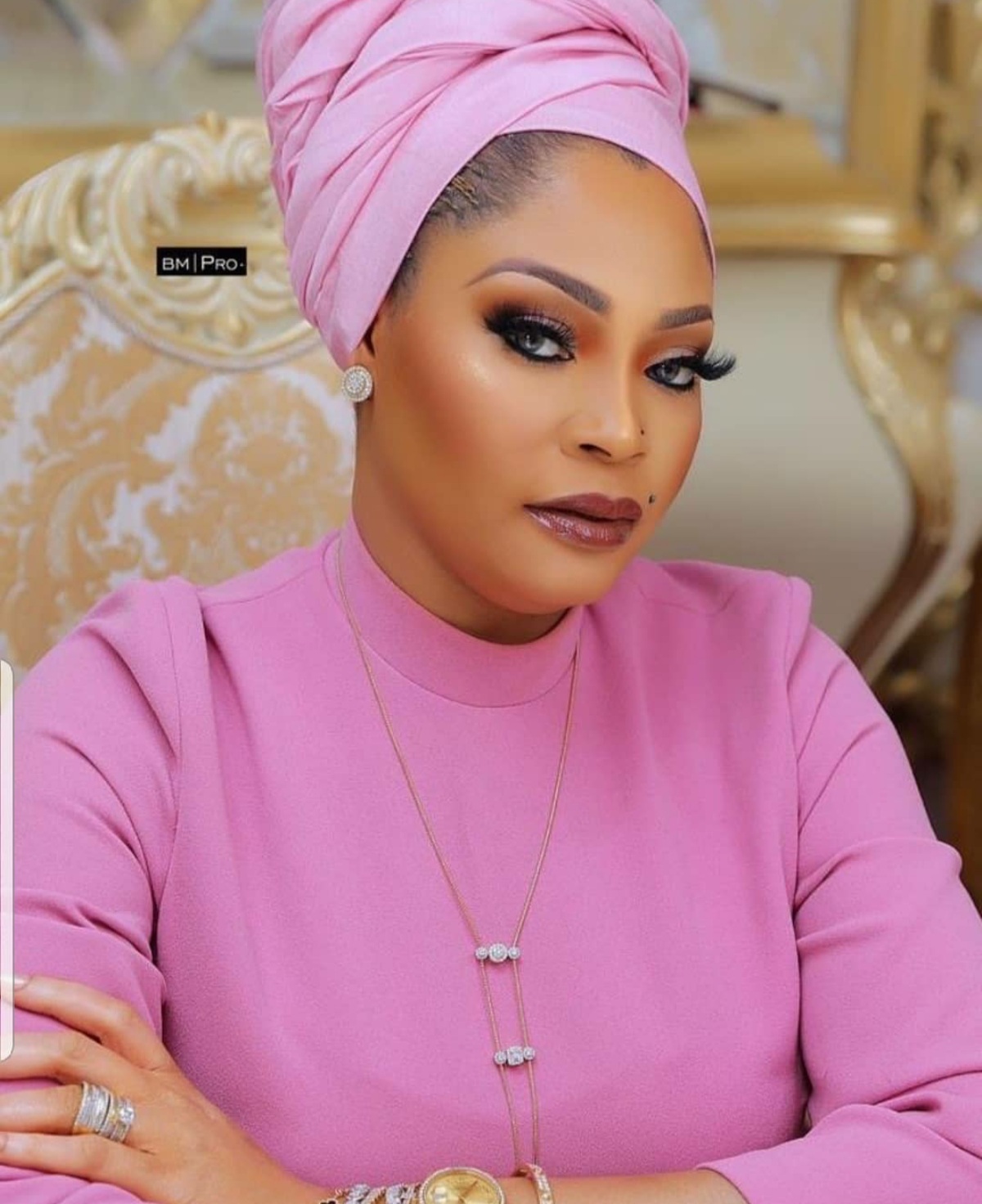 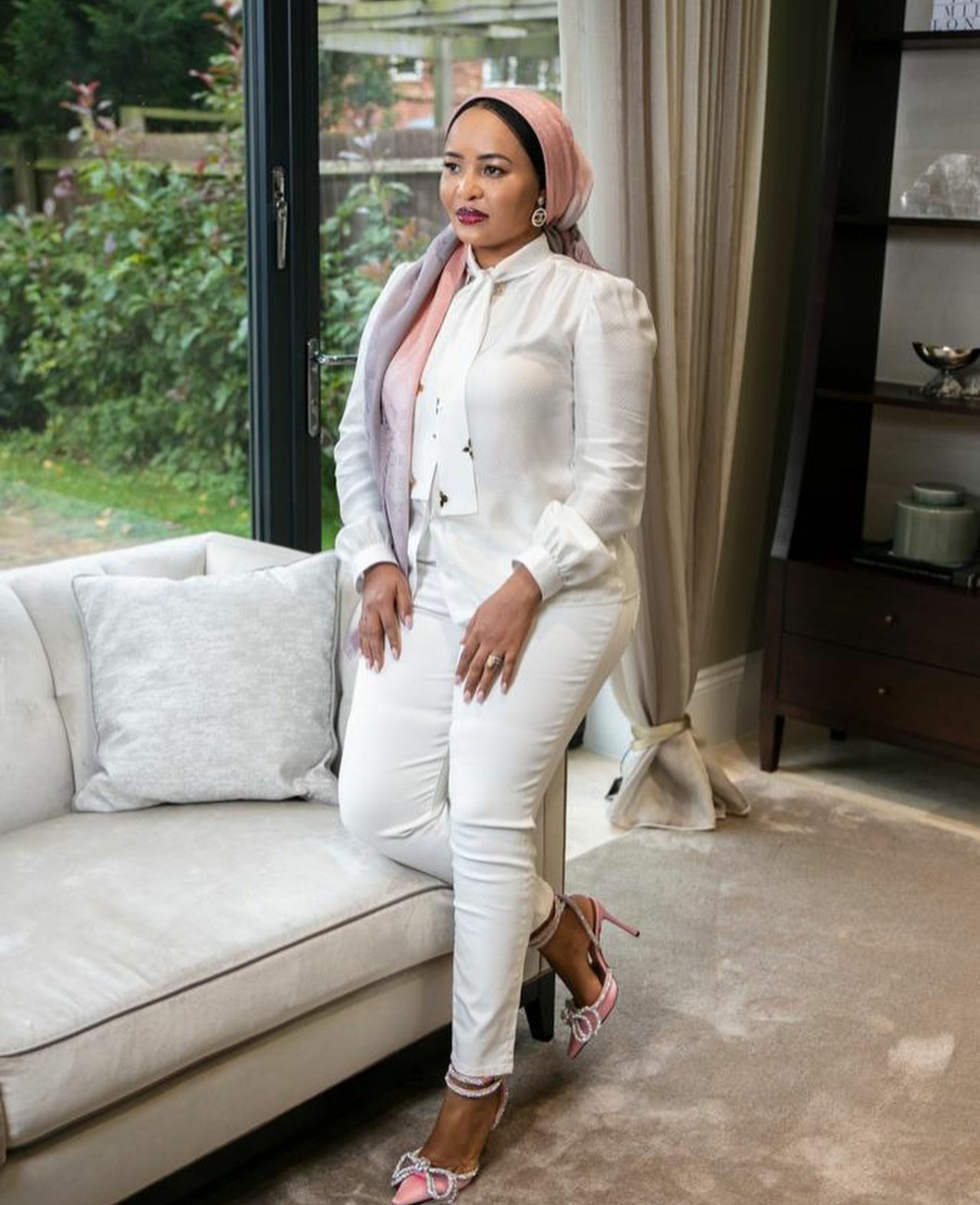 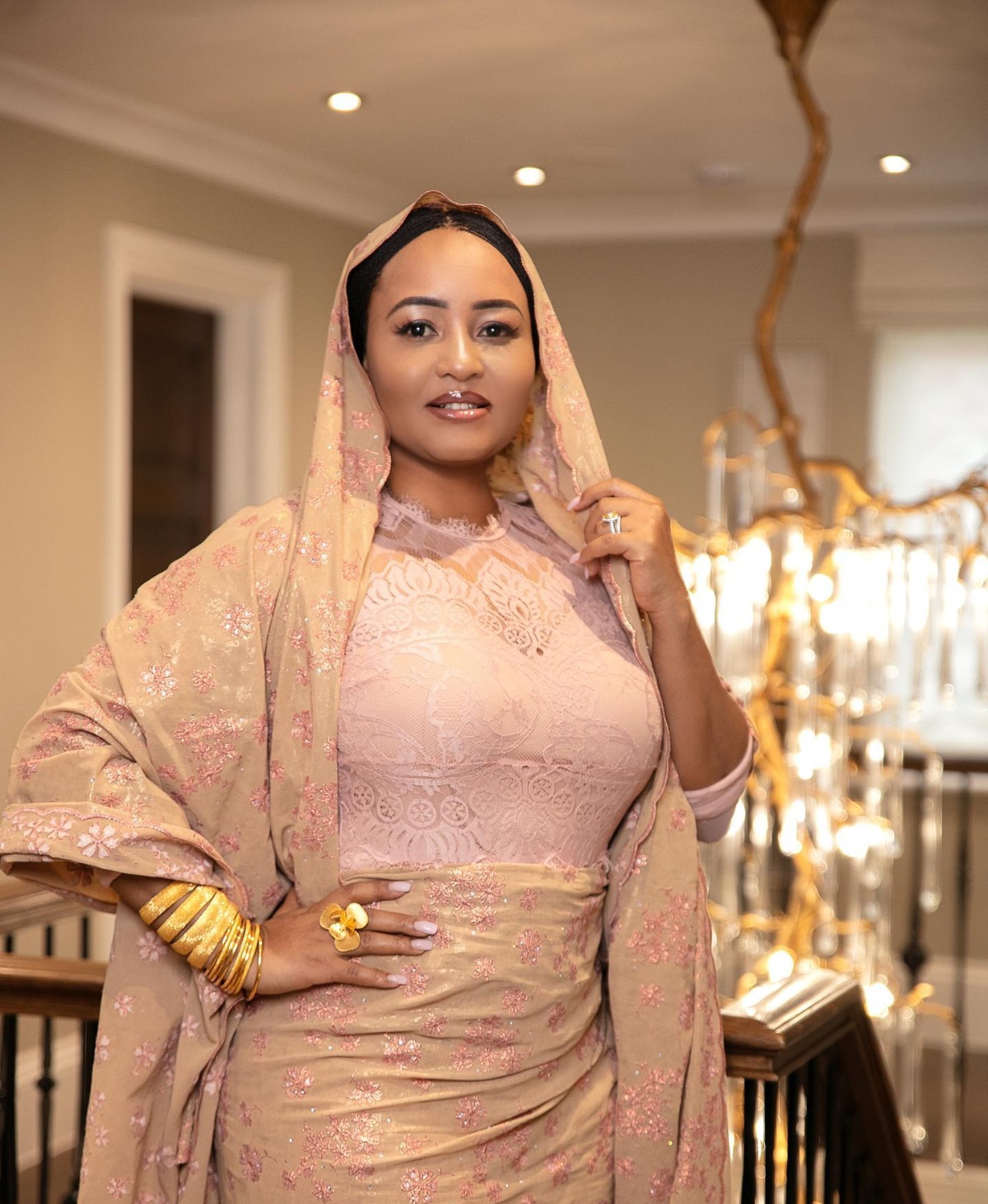 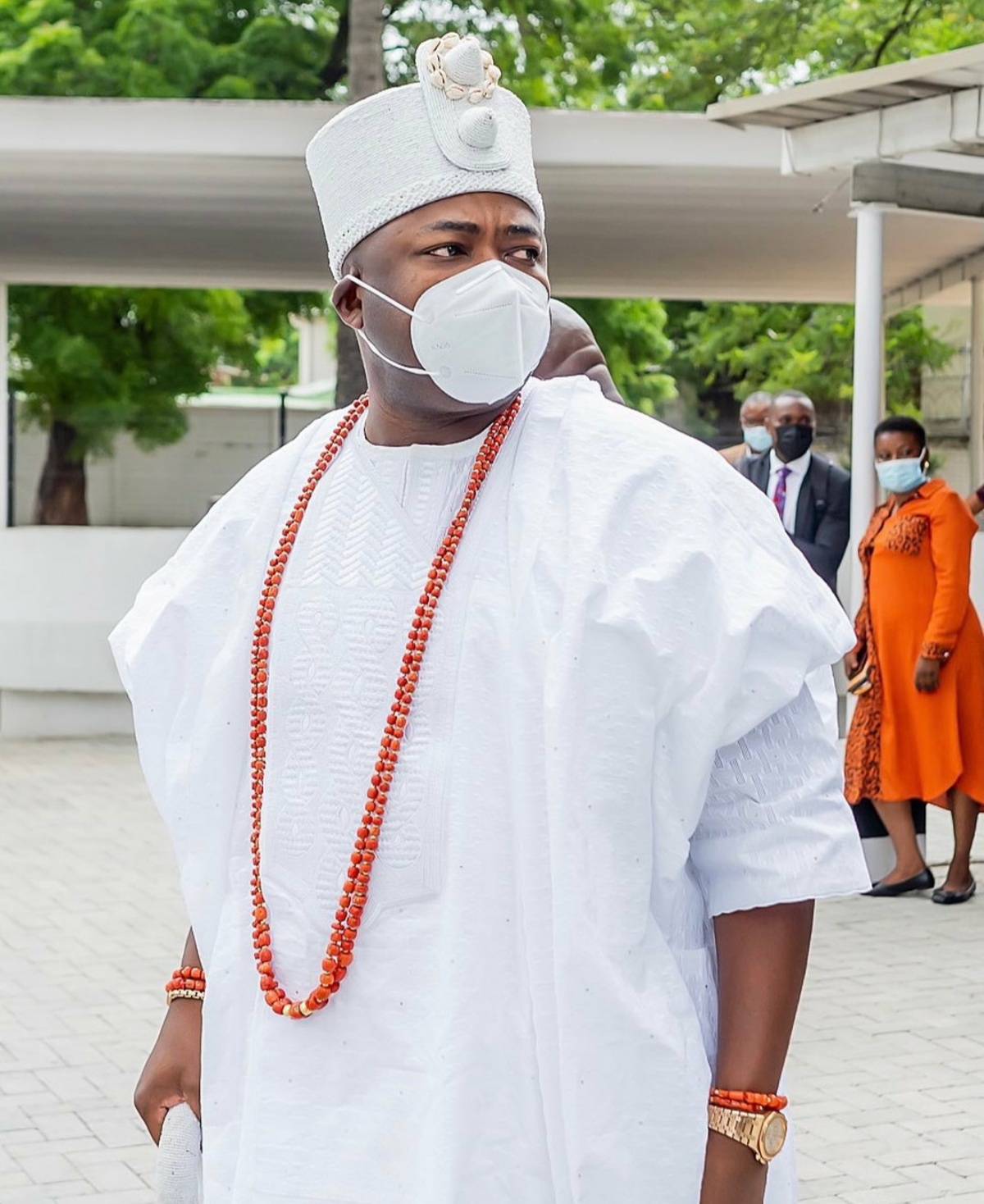 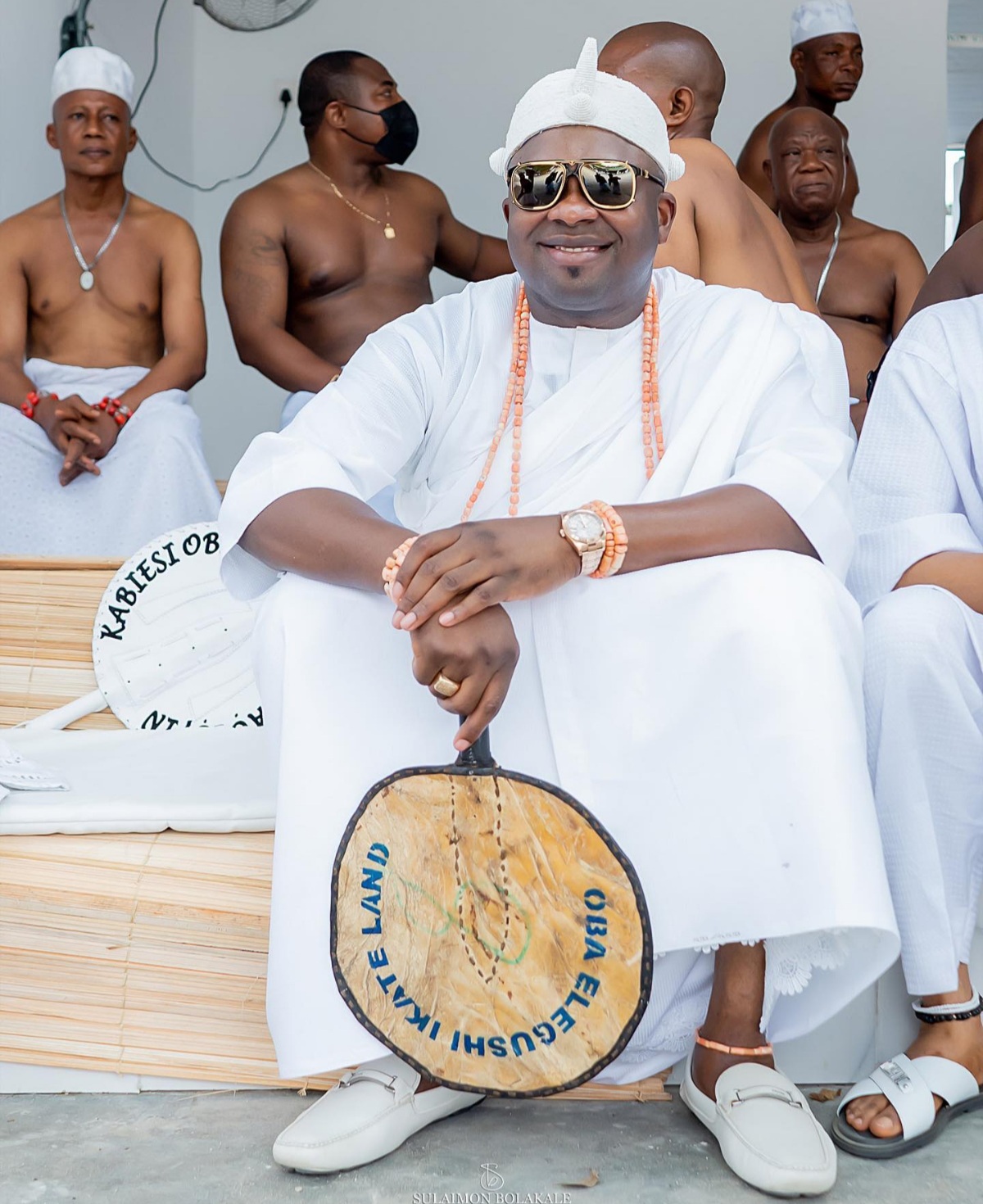 WORLD BOXING HEAVYWEIGHT CHAMPION BRITISH-NIGERIAN ANTHONY JOSHUA HOPES TO BECOME A BABY MAKING FACTORY IN THE FUTURE. One down already, six more to go he says.
WINNERS CHAPEL NEW CONSTRUCTION TO COST A WHOOPING N160BILLION NOT THE ESTIMATED N50 TO N100BILLION WE HAD SUGGESTED BEFORE.
Comment