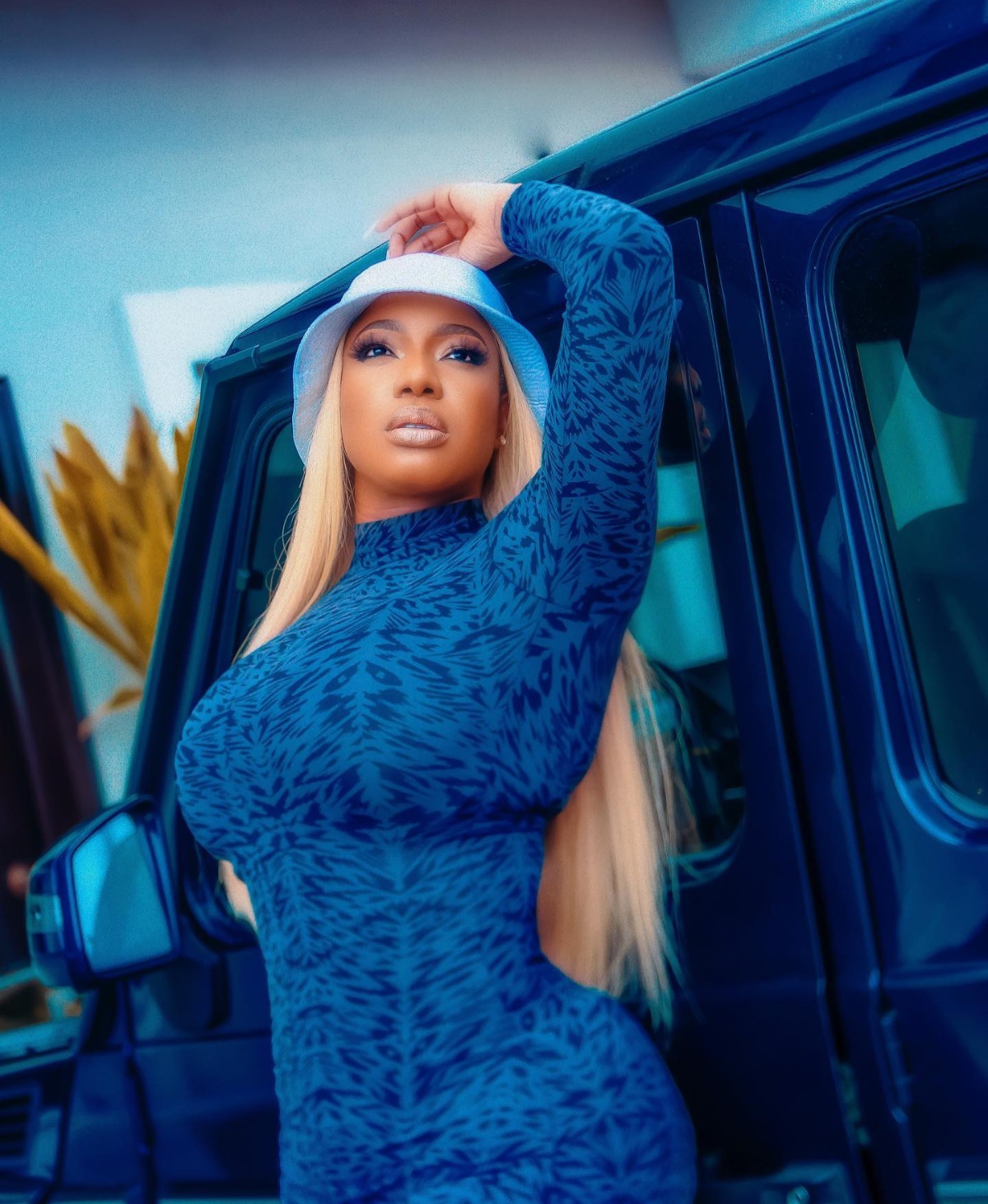 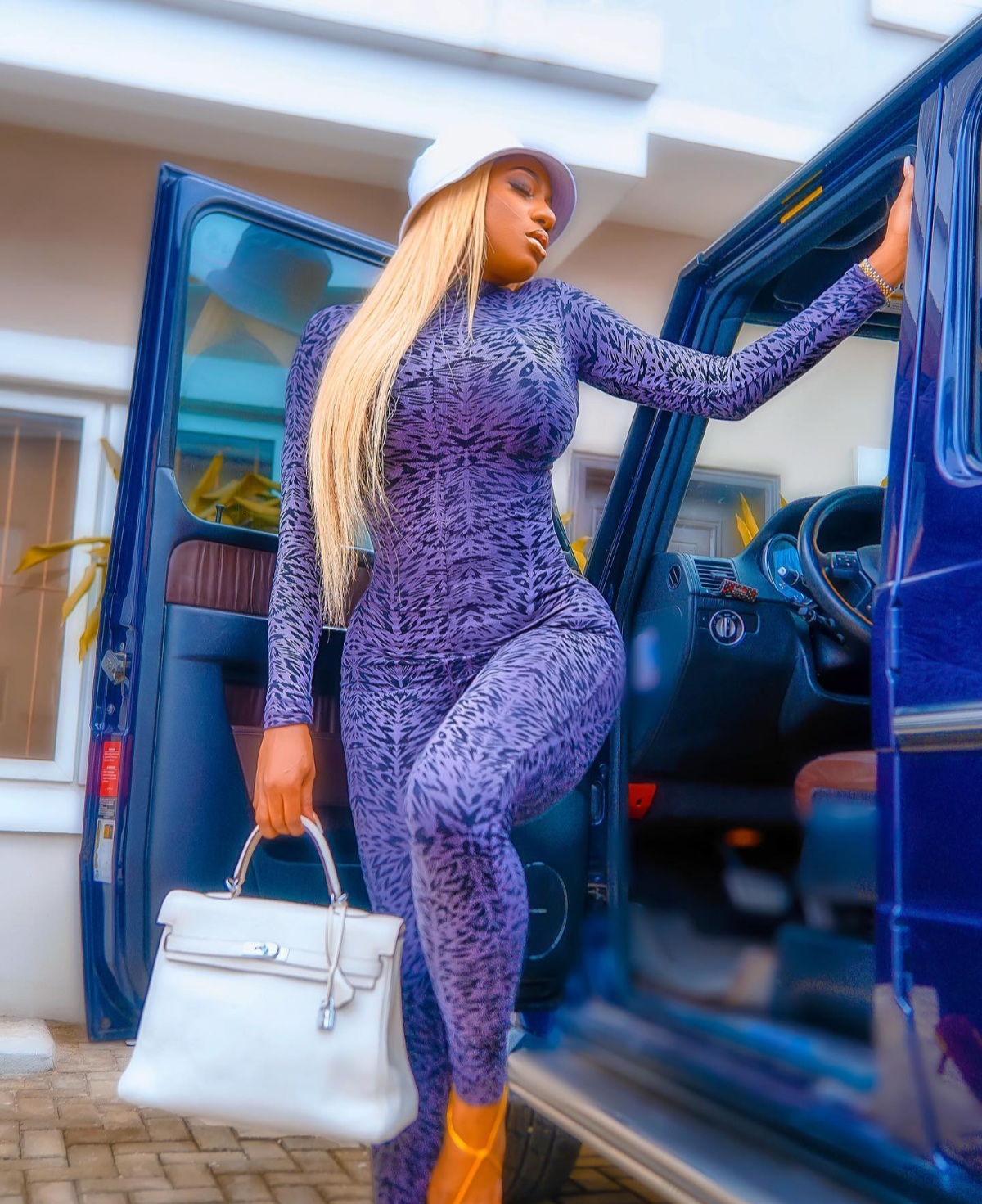 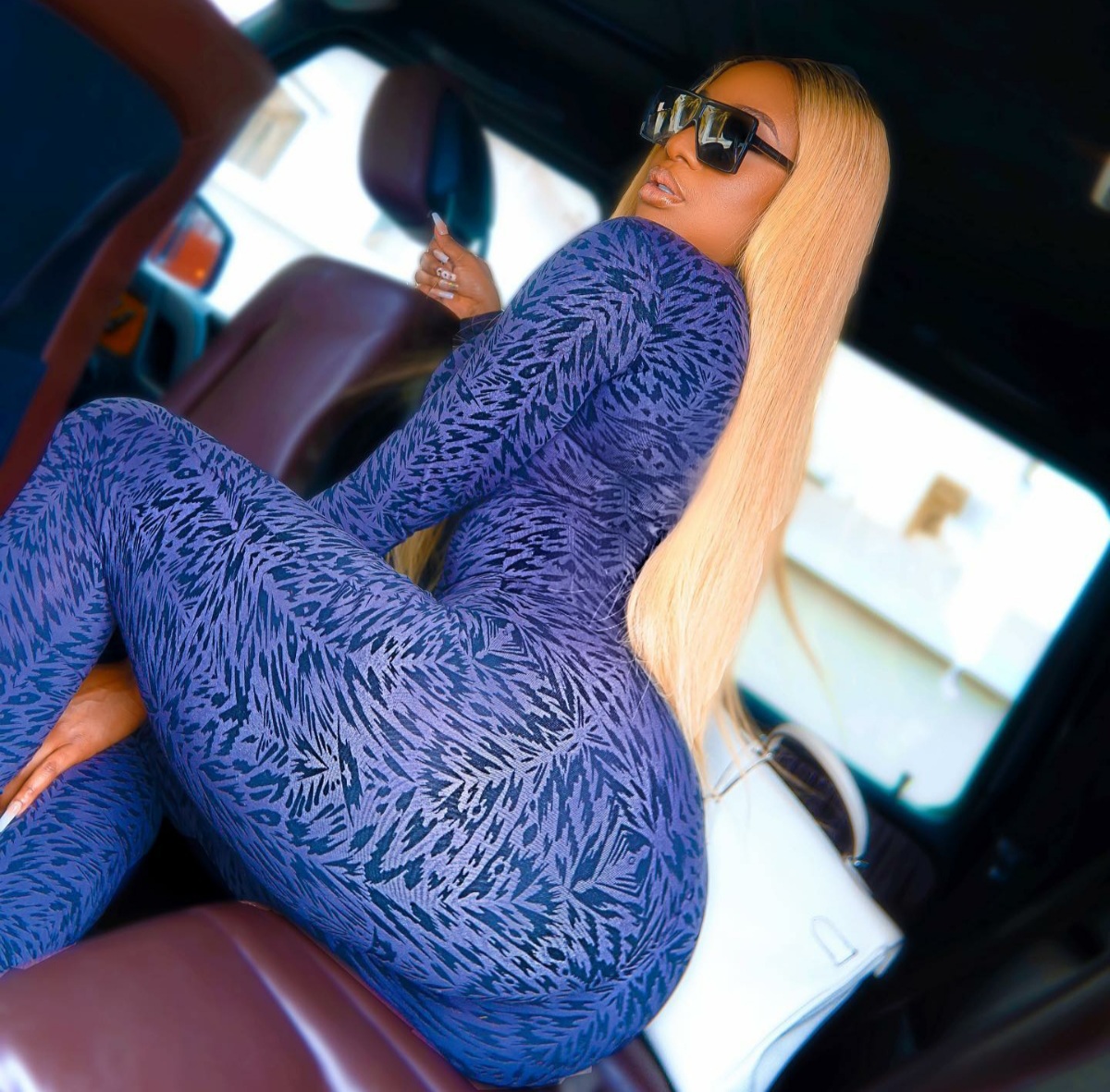 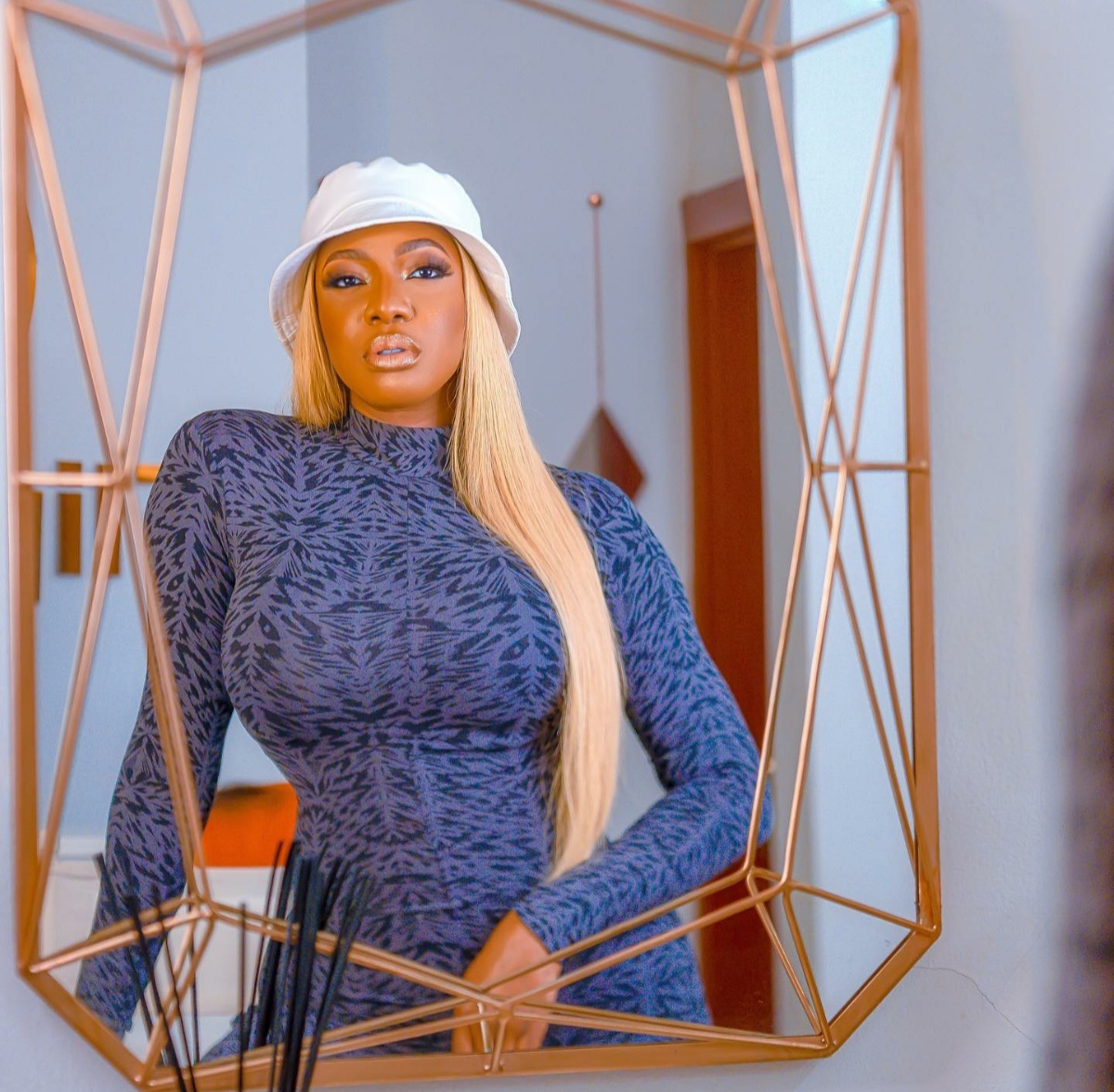 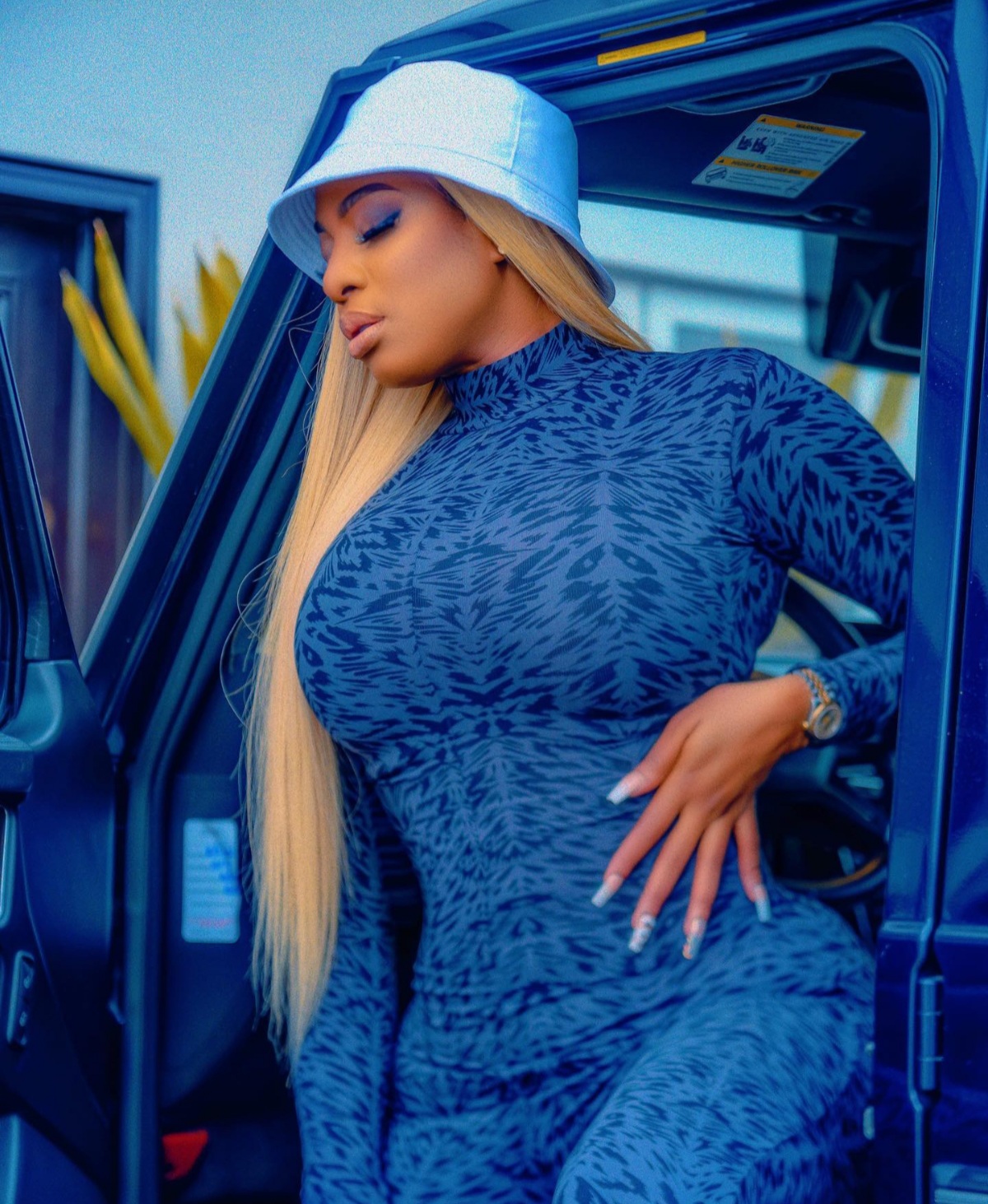 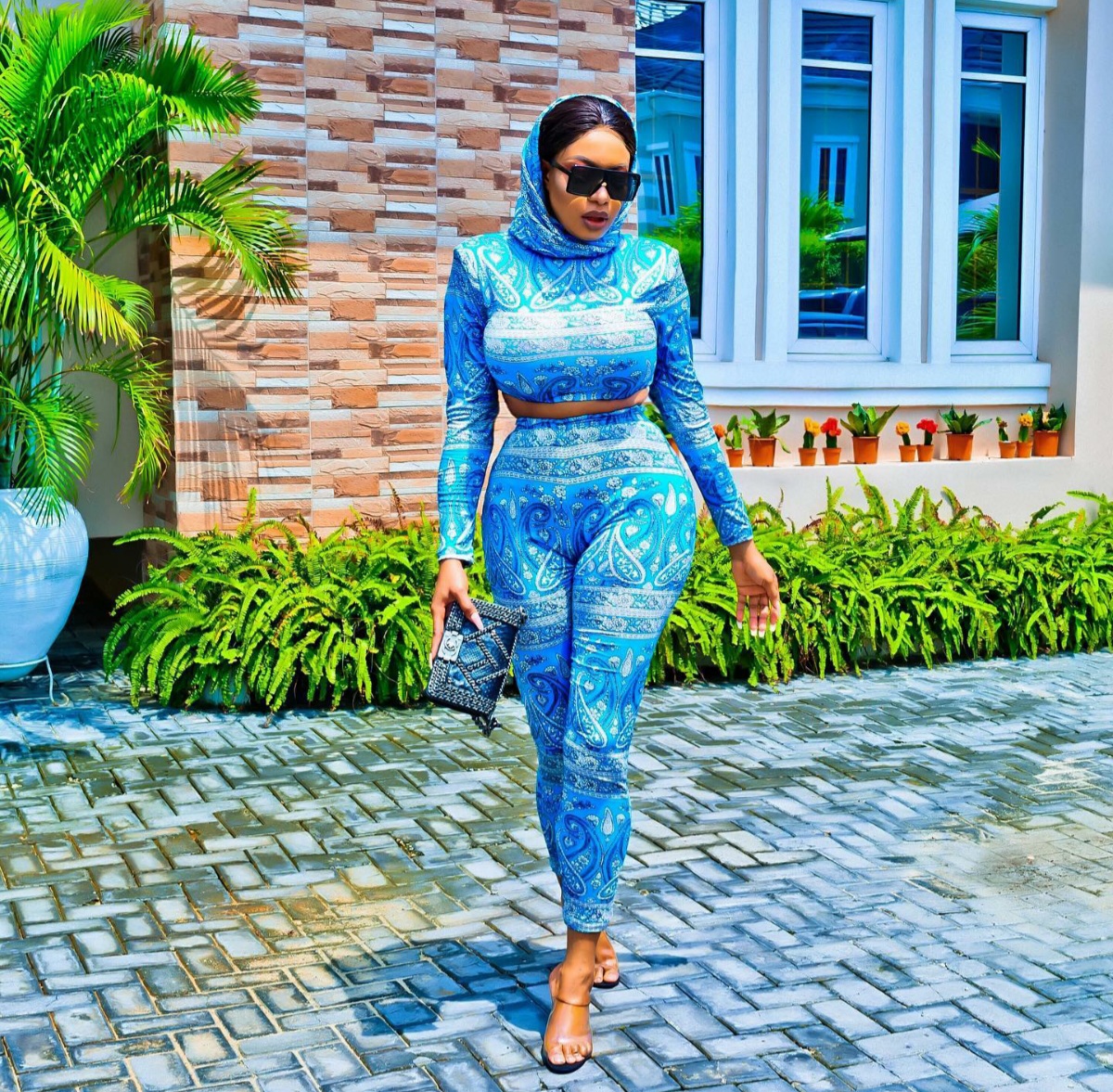 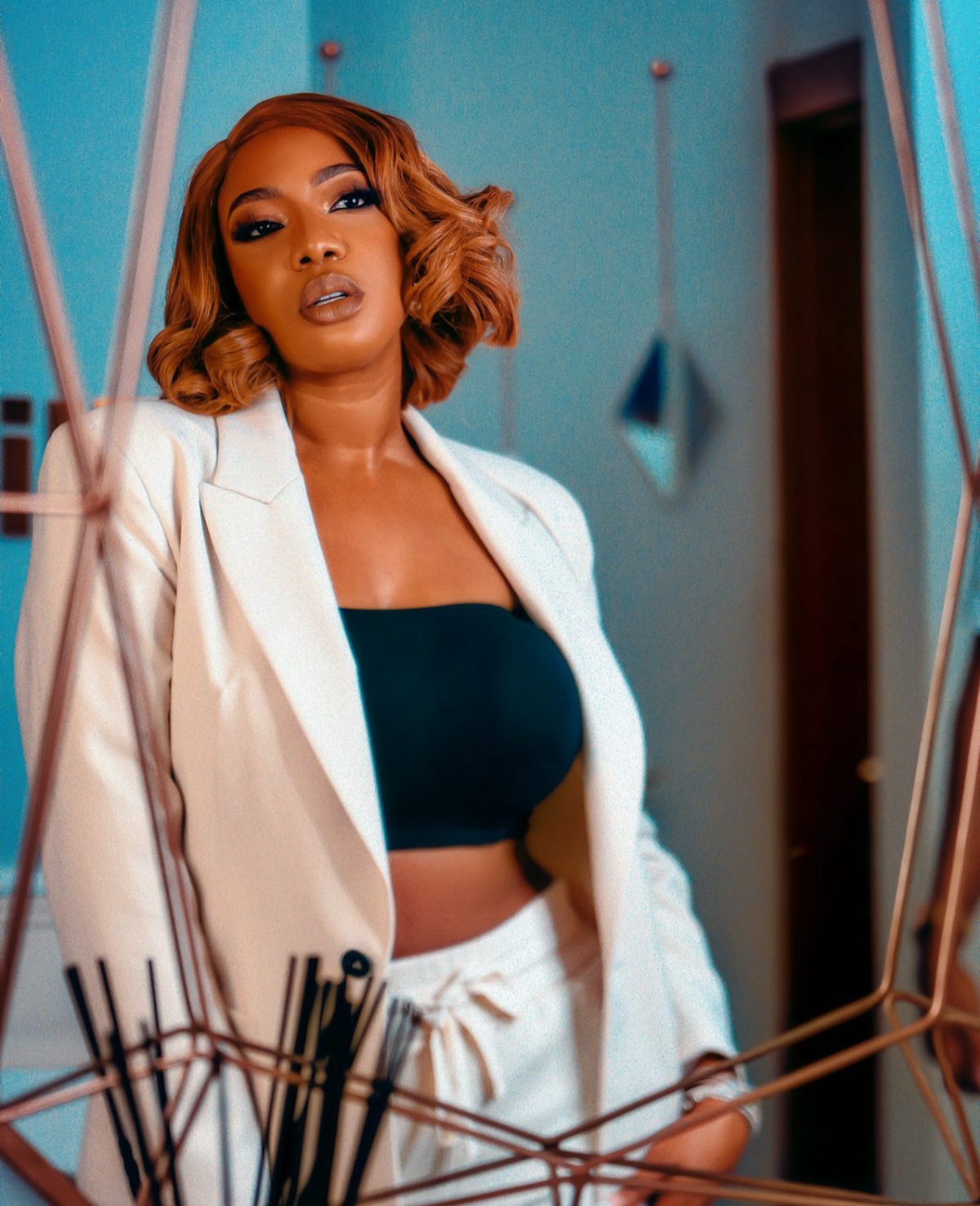 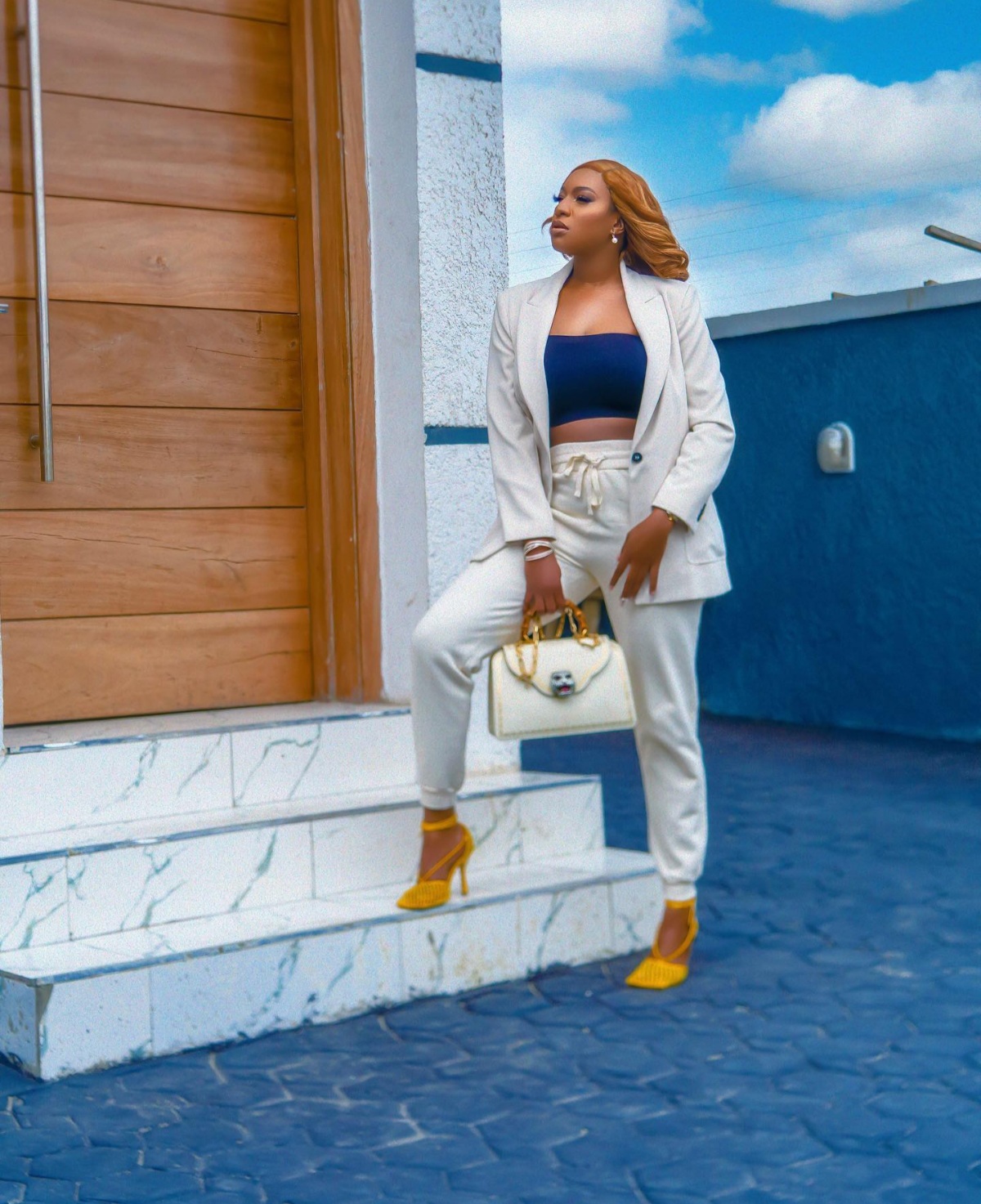 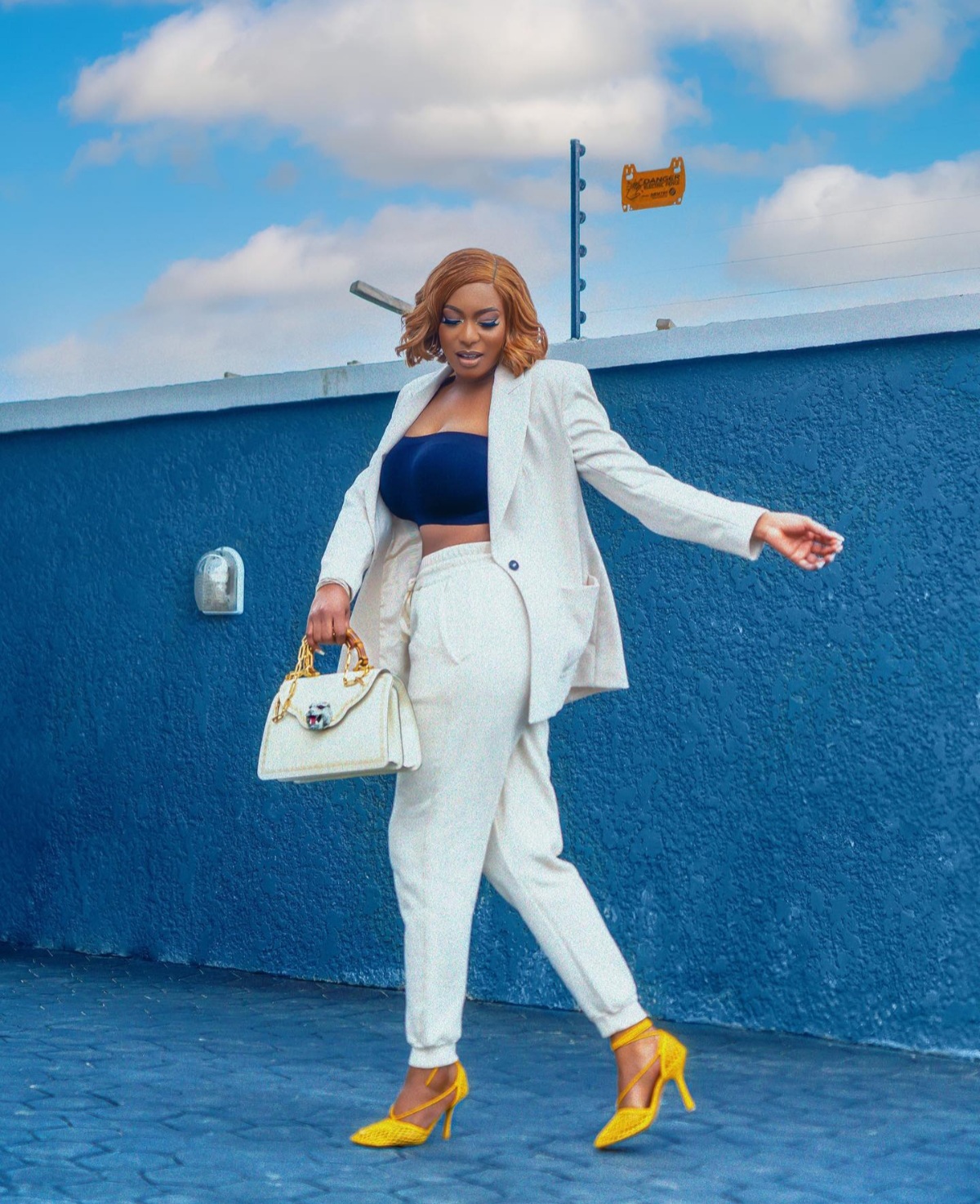 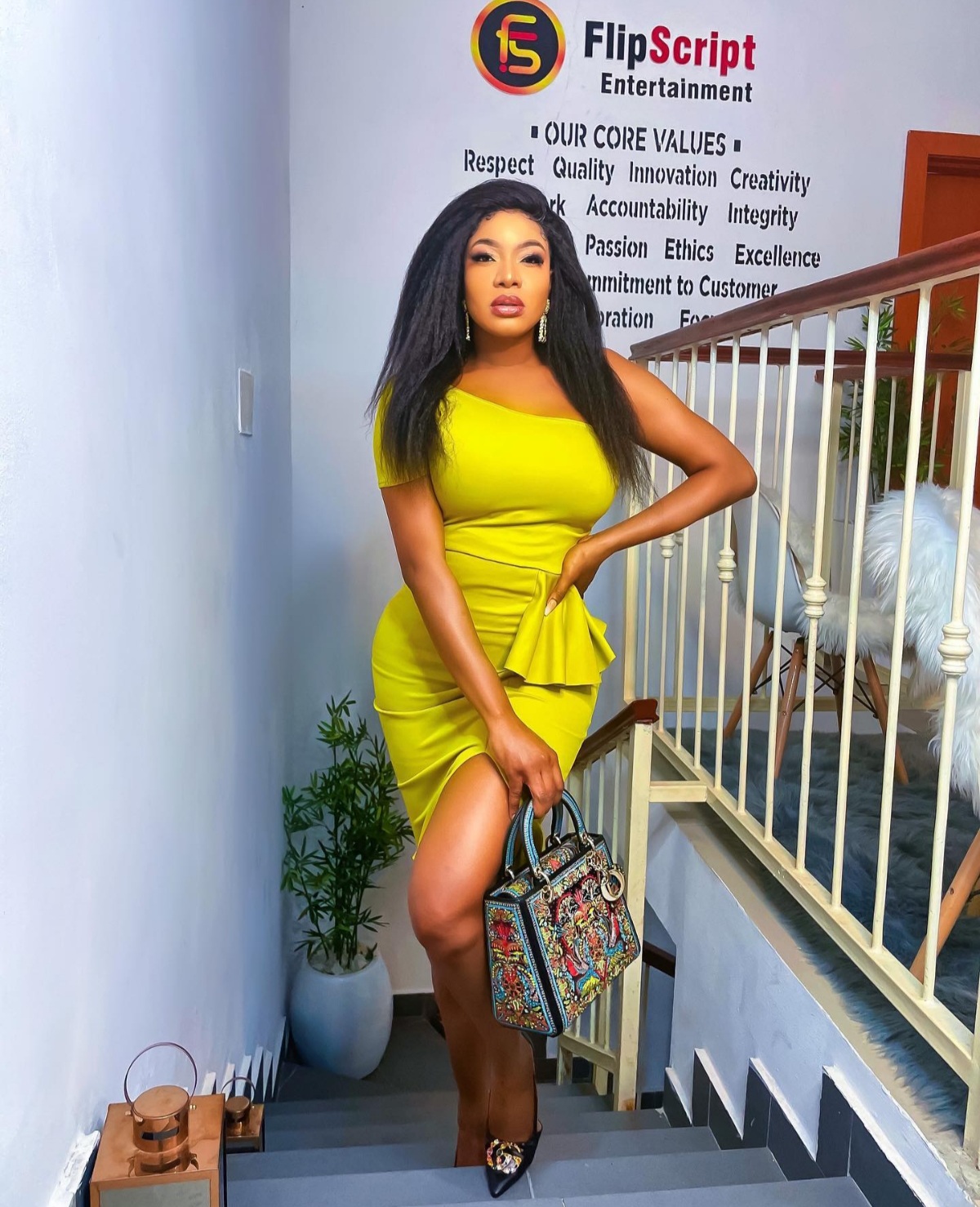 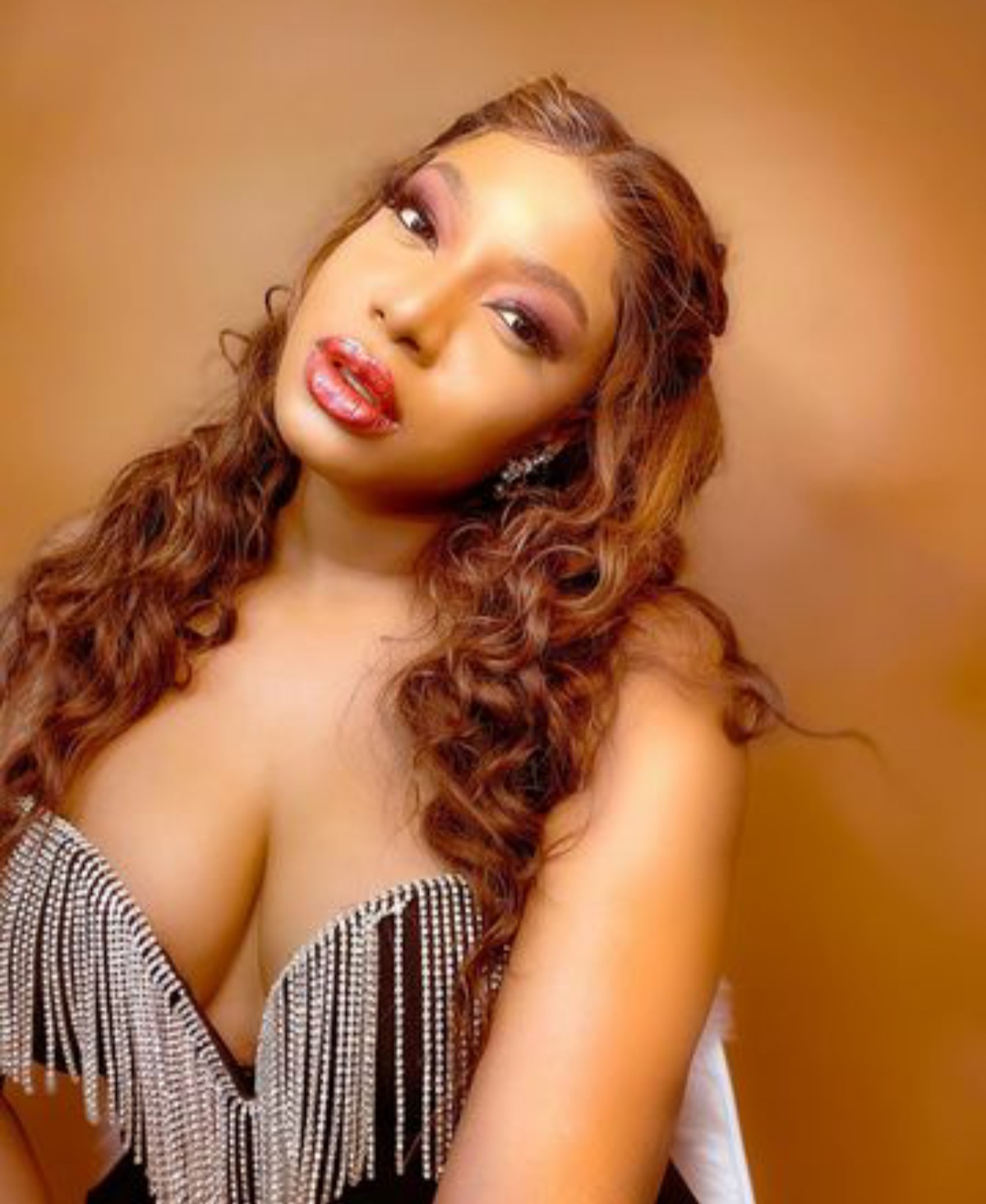 Seems like the most terrible thing that ever happened to this beautiful lady, actress and boss lady was the limiting confines of a troubled and damaging marriage. Maybe, if she hadn’t taken the best step that may have saved her then in 2013, we may never ever have come in contact, with this fierce and super boss lady that we now know her to be.

But since her separation and then divorce and somewhat release from that quite strangling and limiting cocoon, that prison shell that had held her in check and domesticated her by force by fire not allowing the best of her creative geniusness to be explored then, it’s like a totally new vista of extraordinary opportunities opened up for her and she has taken it by the horns and has not let it go ever since and the results of her unbelievable tenacity and never say die attitude and re-invention has been glaring for all to see and ogle at.

It is a far distance, in fact a very big change and advancement from the days then about 10 years ago in Dopemu, Akowonjo, Alimosho, a very populated suburb of Lagos, where she used to operate a eatery/restaurant selling local food then, she has always been very resourceful, hence we aren’t at all surprised about where she is now. She was a quiet, docile person, a married lady, who had married quite early and who at a point was also jostling going to Unilag to finish her course in PE (human kinetics and health education) then.

But it’s a very different, very ambitious, more quite focused, very clear headed and quietly strong willed personality now, that has since broken out and away from that limiting shell/cocoon of mediocrity, who has now exhaled forcefully and is breathing well now, not in chokeful gasps anymore. Now she has the New York Film Academy and probably Harvard written on her profile and meeting and collaborating with those that counts and matter. A world traveller par excellence and in style too, doing business class, maybe first class and private jets no be beans at all. An unbridled fashionista of note, whose collection of well known and important fashion labels which she flaunts with much aplomb and with utter abandon is impressive. Being a former model of note at least has counted fir something and is obvious. A respected film maker in her own right, with a couple of productions on her enviable belt.

Everything about her now, shouts to the high heavens about her enjoying the FREEDOM, she has now gotten on a platter! From 7 years of hell on earth that was her constant and consistent life, to a welcomed eldorado now or is it nirvana? That place of near absolute bliss!

She has risen on the rung and without apologies to anyone. With productions in her own name, not just featuring for people anymore, gone to Harvard to brush up, owns her own beauty or is it cosmetic products branded in her name and is in fact rated as one of the wealthiest in the Nollywood industry, with valuation of more than a billion Naira in maybe cash and maybe assets. While one of the several cars in her garage is an intimidating Mercedes Benz G Wagon, which we love or prefers to describe instead as G Swag, that’s an N80 to N120M SUV, depending on specification and year!

Now 35 but clocking 36 this year in November of 2021, the world is absolutely her oyster and under her feet and she seems to be directing it to favour her and turn in the direction she so wishes all to her advantage. So don’t blame her at all if she’s the way she is now. That’s because for her, life only just began 8 years ago from 2013, as she was married between 2007 and 2013! She had gotten married at 22 then, which some would count has been very young and naive and by 28 was already separated and had filed for divorce, due to domestic violence. And she’s doing all her best now to forget her harrowing past and to savour and enjoy all the lost times now.

Shouldn’t she be allowed to breath?

A SAD DAY FOR NOLLYWOOD AS OLANREWAJU JAMES OMIYINKA AKA BABA IJESHA WAS SUPPOSEDLY NABBED IN THE ACT OF THE DEFILEMENT OF A MINOR! AND THE DUDE RISKS LIFE IMPRISONMENT IF CONVICTED!
CAVEAT EMPTOR (BUYER BEWARE): THOSE DELICIOUS COOKIES ARE ACTUALLY DRUG LACED & SUPER DANGEROUS. AS THE SYNDICATE THAT PRODUCES THEM IN ABUJA IS SMASHED BY THE NDLEA.
Comment