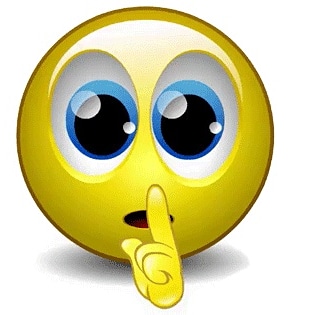 A fortnight ago virtually all the carpets were rolled out to host the creme de la creme of the high society. And it was an unprecedented full drum roll out as the gbedu the king of drums supported by all other drums boomed in celebration as those who makes things happen, those seen as the people of timbre and caliber, gathered enmasse to celebrate their husband, in a double pronged affair that was celebrated to high heavens.

Entertainers and more fell over themselves to attend and to perform and be seen to have come to register their presence. Good money and we mean in hefty amounts too, was put to good use as nothing whatsoever was spared to make sure those who attended the double pronged celebration would have their fill of all that was made available. Wines of all brands flowed like it was mere water, the sparkles in sparkling wines of all grades sparkled in excitement as they were popped to the delight of all. It was a party where food was the least of issues as it was in over abundance. And guests who had been affected by a prolonged lockdown and need to isolate, all of who desperately needed an outlet to exhale and showoff, found one at this party and all came in their Saturday’s best. It was a fun gathering all the way, as the fanfare was topnotch no doubt.

But underneath all of the extended and open showcase of merriment, amidst all of the glorious outshow of fanfare and the continuous display of hoopla and the champagne popping and the endless backslapping and all, the ugly head of repressed dislike and maybe hatred and well concealed discord reared its head.

It was obvious, in fact clearly visible for those who could see well and those who could read between the lines, that the wives of the man of the moment, the man who was the reason for the special gathering, for why all came to merry, to pop the champagne, to be entertained, that they were treading carefully around themselves. It was a clear case of the leopard and the puma, both aggressively but carefully staking claim to their tuff. And at one particular point, if not that reasoning quickly prevailed, decorum was nearly thrown to the dogs, but common sense quickly took over as it should, but those who were watching the stage caught a glimpse of the unfolding drama which also quickly dissipated too.

It is quite obvious, in fact too too glaring for that matter that both ladies cannot be in the same space without many people around, as all hell could be let loose and it could degenerate to a mighty roforofo. Obviously, the first lady does not for any reason like the guts of the 2nd lady at all. In fact in her heart of heart, she sees and believes fervently that the other lady is a usurper- a usurper???? An alien that had come to grab where she didn’t sow and had come to rest where she didn’t build, so she would and could show her repressed anger and hatred against her, whenever the opportunity to showcase such is given and it seems like those friends of the 1st lady, who normally should help douse the anger and tell her its not worth it, are even the actual fueler/feeder of the supposed discord. But the 2nd lady, of the Northern stock, a classy lady by all accounts and without a doubt just seem to absorb all of the negative energy and take it all in her strides. For her it’s like it’s one of those things to expect in a polygamy. Seems like she’s been well trained in that area to accept her fate has it may have been delivered to her.

We hear of very many under the radar schemings, many veiled abuses either worded or in actions been thrown whenever possible, but everything is still on the very manageable level right now and we pray that it wouldn’t escalate at any point. In fact to prevent a 3rd world war of the unimaginable kind and totally unpalatable level, whenever the 2nd lady comes to town from her actual abode in Abuja, she has her own place, somewhere in Ikoyi or so away from where she normally should stay at her husband’s palatial home. And when she returns to where she normally stays in the FCT, it is to a supposed palatial home, that the husband got for them.

After the unnecessary hullabaloo or schism that reared its ugly head quickly at that party of all parties and was also quickly doused, where the 1st lady attempted to angrily work off, when the family were to come together as one, the husband, his wives and his mom, to cut the birthday cake and the 1st lady just wanted/preferred to be alone with the husband and his mother, at first refusing and insisting not to have the 2nd lady in the picture at all, even threatening to walk away and actually tried to walk off, with their husband not falling for the gimmick, but insisting and demanding that the 2nd lady must join in the picture, which she did, all in public. That wasn’t even all of it, just imagine that the 1st lady was jeering in the direction of the 2nd lady singing “we would fuck you up”, what a shame! She even directed the food vendors not to serve the 2nd lady and her guest. But that didn’t do anything to her. The 2nd lady had actually flown into Lagos in style, with about 20 people in a private jet. So how rascally can anyone actually be. The 2nd lady being a smart, sharp lady had anticipated any eventualities and had come prepared.

Many had thought that over time, the anger over her husband getting a 2nd wife would have dissipated and that maybe all would now be well atleast to a certain extent. But with this, it seems like she has only just allowed or accepted the situation but not the 2nd wife.

From what we heard, after the party itself, the husband just went away with his 2nd wife for the next 3 days to just go cool off and away from all the negative vibes.

CELEBRITY AMPUTEE MARY DANIEL FOUND TO HAVE LIED ABOUT PART OF HER HARD-KNOCKED BACKGROUND. LASG HANDS HER OVER TO THE SOCIAL WELFARE AUTHORITIES. N25M DONATION WITHHELD.
LATE DR. JOSEPH ADEMOLA OLUWATOSIN AJAYI: SEE HOW TIME FLIES! IT’S ALREADY A YEAR NOW SINCE HIS UNFORTUNATE DEMISE. MAY HE RIP. Was he 68 or 75?
Comment