…we are proud to award him the plaque of the undoubted angel of benevolence without compare. Salute to a special breed.

Ask around, from men or women, from the young or even old, from the poor even to the okay or even well to do, from the laity even to the clergy, from the made men even to the ordinary ones, it’s just the same testament or better still great and heart pleasing, uncommon testimonials that you would get from all and sundry, that the man of people, Dr. Taiwo Olayinka Afolabi, MON, the man synonymous with the name Sifax, a brand that he founded a couple of years back as a little acorn that he watered lovingly, diligently, steadily and steadfastly from just a clearing and forwarding entity and that has grown in leaps and bound now, to a massive oak tree with well extended branches that has become a big shade of rest for many, an enduring and still growing conglomerate, a massive multi-eyed octopus, one of the biggest in the market for that matter, one with extra long tentacles spread magnificently and enticingly into all the lucrative sectors of the Nigerian economy and beyond and all you would get are such words like “he is a God sent” “a very kind hearted gentleman” “a man of the people without a doubt” “a kindhearted soul” “a giver par excellence” “a blesser extraordinaire” “a caring man of great means”, “a philanthropist extraordinaire”, but we call him without any fear of contradiction “the most benevolent billionaire in Nigeria bar none and a perfect gentleman for that matter.

And on this occasion of his 59th birthday, just one year short of 60 when he would join the elite club of those on the 6th grade, the 6 level, we join thousands from all walks of life, from around the world, be they rich or poor or struggling, be they male or female. Be they religious or irreligious, be they young or old, literate or illiterate, we join our hands together, our hearts united and in one voice and with drums rolling, trumpet blaring, guitar strumming melodious tunes, red carpet laid, champagnes or water popping, in joy and happiness, from the deepest most recesses of our hearts, without any reservations whatsoever, joyfully, joyously wish this rock of Gibraltar, this great example of how humanity should be, a happiest, best birthday ever so far.

The outpouring, in fact the rain or is it avalanche of best wishes from all the corners of the world have been unprecedented.

His most glaring investment today, which is the Lagos Marriott Hotel Ikeja brand is getting set to open her doors to the paying public from around the world, next month on Wednesday, May 19, 2021. It is owned by one of his subsidiary, the Macfolly Hospitality Ltd brand, where Ogbueshi Chike Ogeah is the MD/CEO. 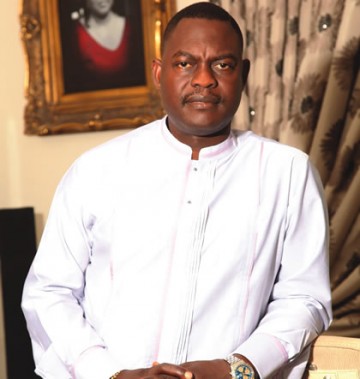 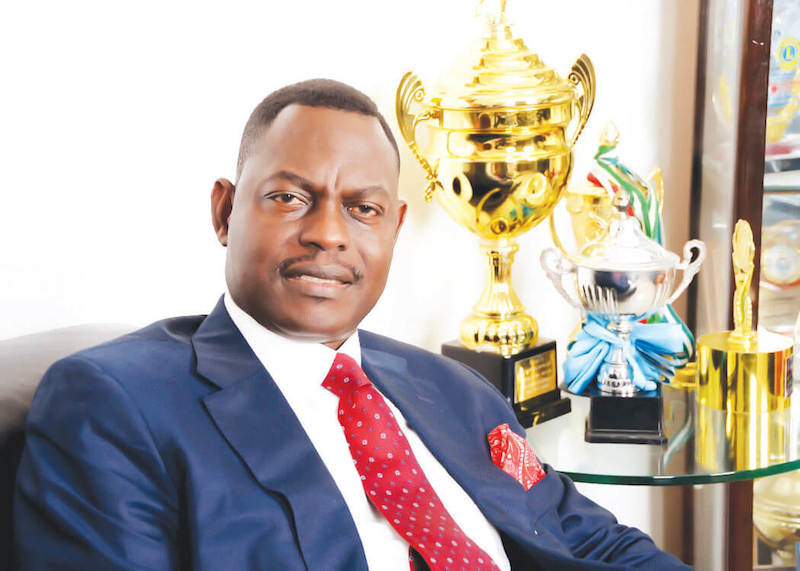 Dr. Taiwo Olayinka Afolabi, the Chairman of SIFAX Group, a multinational conglomerate, was born in Ondo to the family of Chief & Chief (Mrs.) Samson Afolabi on April 29, 1962. A native of Idokunusi Ijebu in the Ijebu East Local Government Area of Ogun State, he started his educational pursuit at Ansar Ud Deen Primary School, Ondo and thereafter, proceeded to Baptist Grammar School, Ibadan, where he obtained his West African School Certificate (WASC).

His quest to attain high level of academic excellence and leadership in advocacy led him to the University of Lagos, where he obtained the degree in Law. He became a member of the noble profession when he was called to the Nigerian Bar by the Body of Benchers on Wednesday, November 4, 2009. He later obtained a Masters degree in International Law and Diplomacy from the same university.
He began his professional career with a shipping company, Nigerian Express Agencies Limited, where he distinguished himself and rose to become the Head of Operations. With the zeal of entrepreneurship burning in him, he left the company in 1988 to establish what has now turned to a big conglomerate, SIFAX Group, a business interest with diverse investments in Maritime, Aviation, Haulage, Logistics, Oil & Gas and Hospitality, among others.
From a little beginning, the company, which started as a freight forwarding agency in Lagos, Nigeria, currently operates across the world with presence in the United States, United Kingdom, Ghana, South Africa, Holland, Belgium, Morocco, Spain and Djibouti, among others.

With about three decades of rich entrepreneurial experience, Dr. Taiwo Afolabi, through the dint of hardwork, foresight, resilience, vision and knack for excellence, has emerged not only as one of the leading business icons in Nigeria, but also reckoned with across the world.

No doubt his wealth of experience, organizational prudence and business ingenuity have remained invaluable assets to SIFAX Group, which has become a leading player in the Nigerian economy. The company, alongside its subsidiaries, has generated both direct and indirect employment for thousands of eligible Nigerians.

He has attended several maritime and aviation-related trainings both locally and internationally on port operations, aviation ground handling operations and management.
Due to his rich experience, Afolabi is a sought-after speaker and facilitator at various industry conferences and mentoring programmes.

Aside being renowned for his business acumen, Dr. Taiwo Afolabi has also established a reputation as a public-spirited individual. His philanthropic philosophy has driven him to give hope and support to many public causes. The major focus of this philanthropic initiative is education, where many schools, from primary to tertiary level have received immense support and assistance.

Few of these interventions include a 1,000 capacity lecture theatre at Ladoke Akintola University, Ogbomosho and an 18-seater Toyota Hiace bus donated to the medical students association of the Obafemi Awolowo University, Ile-Ife, Osun State.
As a mark of recognition of his outstanding achievements and invaluable contributions to nation building, he has been conferred with various honorary doctorate degrees by four universities, including Ladoke Akintola University, Ogbomosho, Oyo state, Cornerstone University and Theological Seminary, Jerusalem, Israel and USA, European-American University, Dominica and Commonwealth University, Belize.

Dr. Taiwo Afolabi is also a recipient of over thirty individual awards from diverse organizations. The latest of these awards being the 2014 Business Person of the Year which was conferred on him by one of Nigeria’s leading newspapers, Daily Sun.
The Federal Government has also recognized the great contributions of this Ogun-state born business icon. He is a recipient of the Member of the Order of Niger (MON).

The accolades are not restricted to Nigeria alone. He is also the Honorary Consul-General of the Republic of Djibouti in Nigeria.

He is a member of the Institute of Directors Nigeria; Ikoyi Club 1938; IBB Golf Club, Abuja; the Building Committee of the Nigerian-British Chamber of Commerce and Industry, amongst many others.
Dr. Taiwo Afolabi is a sports lover, who enjoys watching and playing football. He is happily married with children.

His eldest son, is the owner of the famous Danfo Bistro at 2, Alexander Road, Ikoyi built on the massive expanse of land owned by Dr. Afolabi, one of his most famous son is the gifted LAX, a prodigy of the great Wizkid with many hits to his name, his most famous eldest daughter- Mariam Afolabi, is the award winning and gifted designer behind the multifaceted lifestyle brand Mazelle Studio, her clothes designing brand used to be called Mademoiselle Aglaia which later metamorphosed into the more broader brand Mazelle Studio. Mademoiselle Aglaia several years back, won the newest, most exciting young designer brand in far away London.

LADY WHO ACCUSED YOMI FABIYI OF ATTEMPTED RAPE IN 2017 UNVEILED: SHE IS BIODUN OLATUNDE FEMI A GRADUATE OF TAI SOLARIN UNIVERSITY OF EDUCATION.
NOT THE BEST OF TIME PRESENTLY FOR THESPIAN YOMI FABIYI IN THE AFTERMATH OF HIS SUPPOSED SUPPORT FOR BABA IJESHA AS LADY ACCUSES HIM OF ATTEMPTED RAPE A WHILE BACK.
Comment