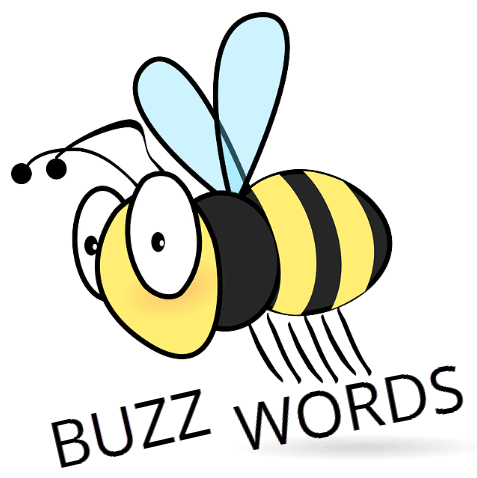 These 2 young men are most probably in their 30s and are undoubtedly also 2 of the wealthiest, most liquid young men in town and they are actually referred to by all as the kings of floss and flash and super luxury, as they seem to have unlimited access to funds which they have always used to satisfy their cravings and lives of fun, luxury and floss. When these guys go on a spending spree at any point it is always so intimidating that the ground always quake!

Their car collections alone is intimidating to say the least and it includes a spanking white Bentley Bentagya, 2 humongous and sparkling white Lexus 570 SUVs, 2 S Class Benz saloon cars, a black one and a white one for that and a G Wagon, a conservative estimate of their cars would be about N1B Naira and most likely far far more!

These guys are probably the closest friends in the world, that you may even think they are unidentical twin brothers as they do nearly all things together, to the extent of buying their apartments next to each other and more. One is married to a known supremely beautiful, light skinned (mixed race at that), young and quite popular designer, who in her much younger days was the love interest of a well known, quite successful award winning musician. The husband is of the Yoruba extraction just like his mixed race wife and they have just a child. Madam in the past has so much gist that were not necessarily palatable. The 19th alphabet starts the short form of his name and the 15th alphabet ends it. His designer obsessed tall and handsome brother/partner coolest cat of a dude has a designer name which starts with the 1st alphabet and ends with the 9th and shares name with one of the most successful Italian designer this world has ever encountered. This particular dude is a walking GQ magazine 24/7 and you can’t but admire him for his swagger. Men like him admire him and wants to be like him, while ladies of all hues and shape swoon under his spell and magical tool of emancipation. Stories abound about his dexterity as per the head game and use of his standing pole, aptly ascribed as the magic wand of excellence!

Both guys loves the luxury goods-clothes, jewelry, watches, cars and more, that they flaunt to high heaven and both owns one of the most popular and most beautiful Bar/Lounges in Lagos bar none and located strategically on a popular road in Victoria Island. Though the 2nd dude is not married, his list of conquest is immensely staggering to say the least and includes his darling FF who owns a world class spa, a mother of one for a young lord, scion of a political dynasty. The lady has transformed to a staggering beauty and respectable entrepreneur over the years and very many more. To show the extent of these 2 dudes wealth, they once sprayed on a very popular musician, a high chief at that with the 11th alphabet starting his name, who they are extremely close to N25M cash at just a party, which left everyone at the event gobsmacked in shock and admiration.

Both guys were unceremoniously arrested in a gestapo style raid just yesterday, 29/06/2021 at about 3pm, by nothing less than 30 well equipped, well armed no nonsense EFCC men. Just before they were picked up, the security men first surrounded the whole area around their houses, which is around the Palace not too far inside Oniru. They even carried their house or door breaking equipments, for just in case of resistance of any kind. Then they made sure to collect every gadgets that could be used for recording purposes from everyone and then they began their arrests. The 2 dudes were apparently taken by surprise by the raid and in the aftermath of it, their impressive garages were emptied of those impressive machines as exhibits.

Though most do not actually know the particular reason or reasons they were picked up, it is been speculated that it was either a joint action with or that it was actually instigated by the FBI! It is speculated that they may have been under surveillance for a while now, without both having any inkling whatsoever what was coming.

According to the unconfirmed gist, 7 guys have already been picked up in the US in connection to a deal of some $35M dollars, and it was one of those guys that pointed accusing fingers at both the Lagos, Nigeria based dudes, who are his acclaimed partners on deals for several years now.

Incidentally both guys used to also live abroad too, where they also used to live the super luxury lives of the rich and famous too, before they totally relocated here to continue their life of floss and more. It looks now like the chicken has come home to roost.

If the speculation been spread should ring true for any reason, what that portends for them is that, both guys may later be extradited to the US like HushPuppi and Co, to go face the music and if like the other guy that was picked up and sentenced already and is already doing his time, if they are both found wanting, it might be the gallows for them for some years to come, probably a decade away in the cooler.

From our little findings currently, the guys for now feel it may have been some local business gone bad here that may be the issue and that they may be getting out of in the next few days at the latest. But if it’s actually what we are hearing, it may be far more than that. The thing though is, they are very connected even to the political class and are already throwing their weights as we speak. And this highly placed people, who may want to stand up for them now in their time of urgent need are actually heavyweights. Can they actually rouse the lion to come to their aid? Would the lion be willing to get involved in this kind of case or situation, even when he himself is supposedly under investigation by the same body? Lets just wait and see.

If the law would have its way though, then most of the assets owned by these flash boys may just come under the hammer! But peradventure they have always being smart like they try to showcase always, then they may escape from this bad time with just a little scar as a warning to cease and desist from such smartness that can easily always catch up to one.

Some are saying if they are willing to play ball that it may work out for them, with between $1M and $2M, but that can only be if it’s only just a Nigerian case and doesn’t involve the FBI has it has been speculated.

Let’s just wait and see how things turn out. Hope good for them or it’s the gulag for sure

THE UNRAVELLING OF THE KWARA APC. THINGS ARE SO BAD THE INCUMBENT- GOVERNOR ABDULRAZAK ABDULRAHMAN MAY NOT EVEN WIN A 2ND TERM.
ELATIONS GALORE AS FORMER GOVERNORSHIP ASPIRANT SENATOR NURUDEEN ADEMOLA ADELEKE BURIES GHOST OF HIS PAST ACADEMIC LIES AS HE GRADUATES FROM US COLLEGE.
Comment