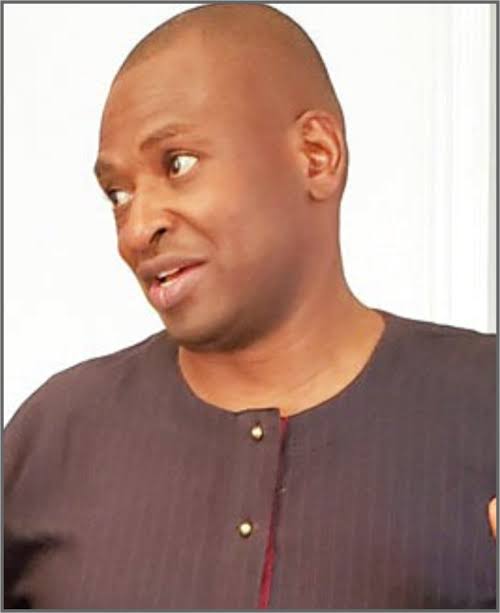 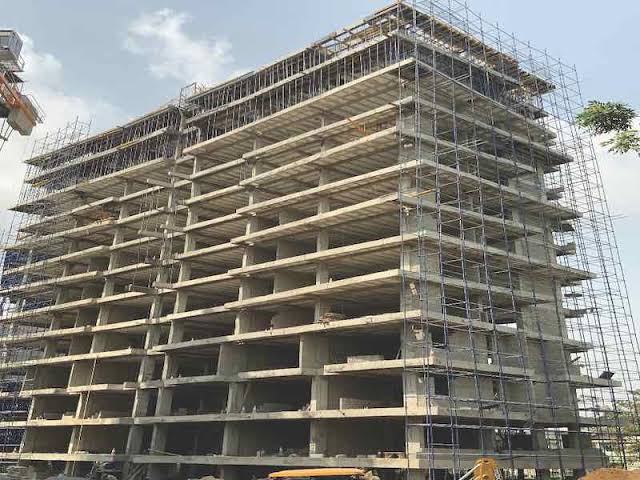 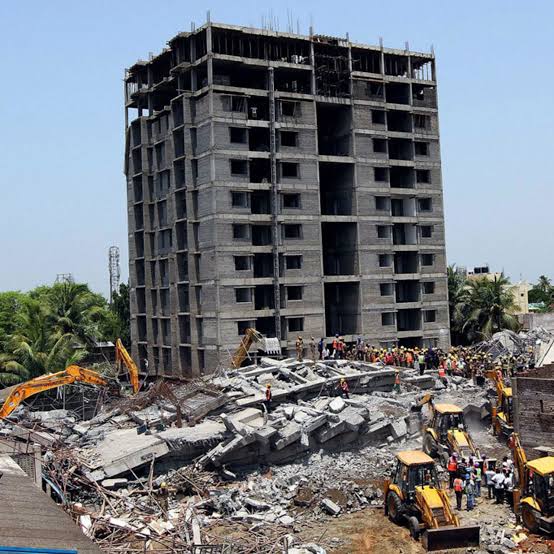 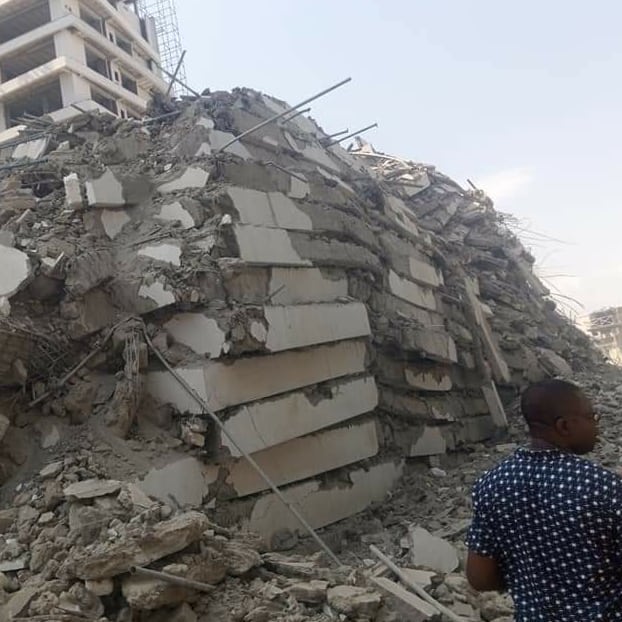 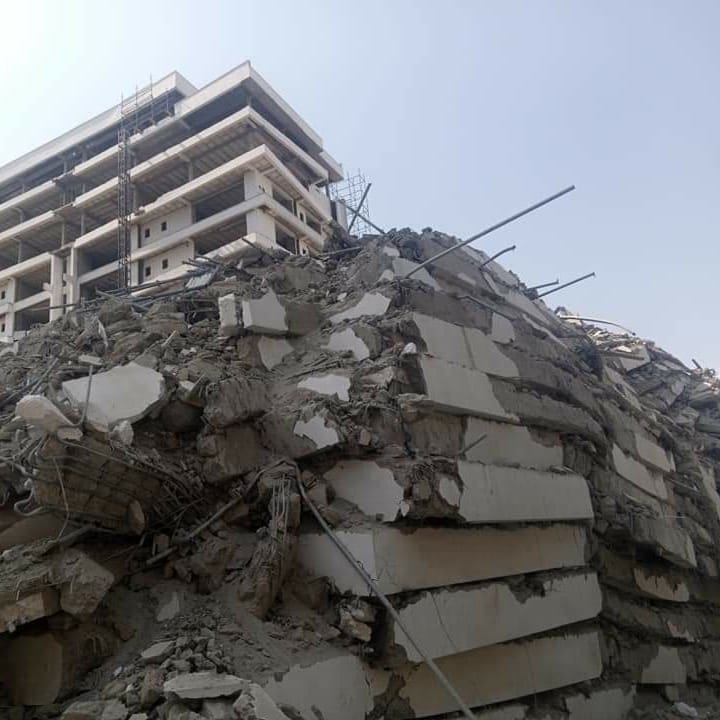 It is not the best of times at all for this gregarious developer and his Fourscore Heights Ltd at all. If he by the grace of God survives from under the rubbles of his collapsed building, he most definitely has a major stress ahead in the form of litigations to deal with if all we hear rings true in anyway. If also he unfortunately doesn’t survive this accident, his buildings and company are also in deep trouble too, as they would most definitely face the kind of scrutiny they may not have wanted at all, which may open a Pandora’s box of the unpalatable if people would be truthful.

He and his company, depending on the situation that may occur between this night and the end of this week, would need to explain to the world, why 1st and foremost, they had refused to get the required approvals needed as speculated, for them to engage in the construction of what has now become the albatross on their necks!

There’s the gist that the building is actually supposed to be a 15 storey structure, that may have actually grew wings to become 21! Shocking to say the least! That’s if the story it is actually true!

Secondly, they would also need to come explain why after their construction was supposedly clamped down for reasons known to them, they had to now go behind to continue building in supposed flagrant disregard of the Government clamp! That’s also if this is true as it is been speculated!

Then again, how come since 2020 when the engineering firm- Prowess Engineering Ltd that had complained about integrity issues, stating clearly that they cannot continue to support the construction of the 3rd building above the 4th floor, Fourscore Heights Ltd and Mr. Femi Osibona actually went on building in total disregard of the alarm raised then? The letter from Prowess needs to be investigated and the proper Lagos State agency(ies) must also be investigated too to ascertain their culpability. And then it leads to the million dollar question-

Who is Mr. Femi Osibona?

Olufemi Adegoke Osibona, the developer, is said to be a brother of Lanre Osibona, who at a point was a Senior Special Assistant to the President of the Federal Republic of Nigeria on ICT (information Communications and Technology). Both brothers are acclaimed to have been very wealthy for a quite a bit now, even before his brother- Lanre ever became a part of the Buhari administration for 5 years. Lanre is the founder and CEO of the Foresight Group with a rich work history that has spanned 17 good years in the UK before coming to contribute his quota in Nigeria afterwards. His brother Olufemi Adegoke Osibona, who is presently in the eye of the storm, over this unfortunate collapsed building, also has a rich pedigree too, spanning the UK, the US, South Africa and Nigeria.

Femi Osibona as he is more widely known is the inspiration behind the much touted 360 Degrees Towers, a trio of super luxury high rise real estate, one of which unfortunately collapsed today with close to 50 people suspected to be under the rubbles!

4 have been rescued and 4 said to be dead already!

His Forescore Heights Ltd is said to be a member of the NHBRC (National Home Builders Registration Council) in South Africa and also the Zurich Building Guarantee in Europe. His company apparently specialises in the building of choice properties in different parts of the world. And they have been able to showcase their expertise in building in England, United States, South Africa and Nigeria.

Their trio of 360 Degrees Towers with an unbelievable view of Ikoyi, are supposed to be 15 storeys each (not fully confirmed). The idea behind these trio of buildings is to build residential apartments, that can compete favourably with 7 star hotels across the world in terms of the very ambitious physical structures and also the exclusive amenities provided which would be off the hook. Each maisonette, 4 bedroom apartment and more would be smart homes, powered by the latest and most robust artificial intelligence. Also in terms of space it was going to be much bigger than what its competitors in the same area or better still high brow location could provide.

And maybe because of his antecedence, the apartments were already very well subscribed for, in fact its been speculated that some of his buyers may have been some of those now trapped under the collapsed structure!

Many well heeled would be home owners had fallen head over heels in love with what had been proposed to them and had therefore, fallen over themselves to buy from him off plan.

He is reputed to have built the ‘Shalom Apartments’ which consisted of 40 flats in Ikoyi on 2 & 4 Mosley, Ikoyi as far back as 2010 which was sold out. He was also said to have done very well in real estate in South Africa, especially in Pretoria where he had built several luxury flats in a part of the most expensive area of the South African capital city and then also in the UK, where it is claimed he is probably the 1st person of colour (African) to have developed multi-storey buildings in the UK, a supposed 7 storey building in East London.

The graduate of Croydon University in the UK studied Business and Finance, but before going to the UK he had had his primary education in Lagos and his secondary education at the late Pa Tai Solarin’s famous Mayflower Secondary School, Ikene, Ogun State.

In fact it is been speculated that the Osibonas may even be distant relatives of the famous Awolowo family.

THE AFTERMATH OF THIS TERRIBLE BUILDING COLLAPSE OWNED BY FEMI OSIBONA WHICH HAS KILLED AND WOUNDED MANY LIVES!
21 STOREY BUILDING IN IKOYI COLLAPSES TRAPPING MANY UNDER ITS RUBBLES. Owner Mr. Femi Osibona suspected to be amongst those trapped.
Comment