Father of 3 and husband of Deola Bob Oseni, Wale Bob Oseni the US based property developer is still missing. If he hadn't branched he was on his way back to the US when disaster happened! 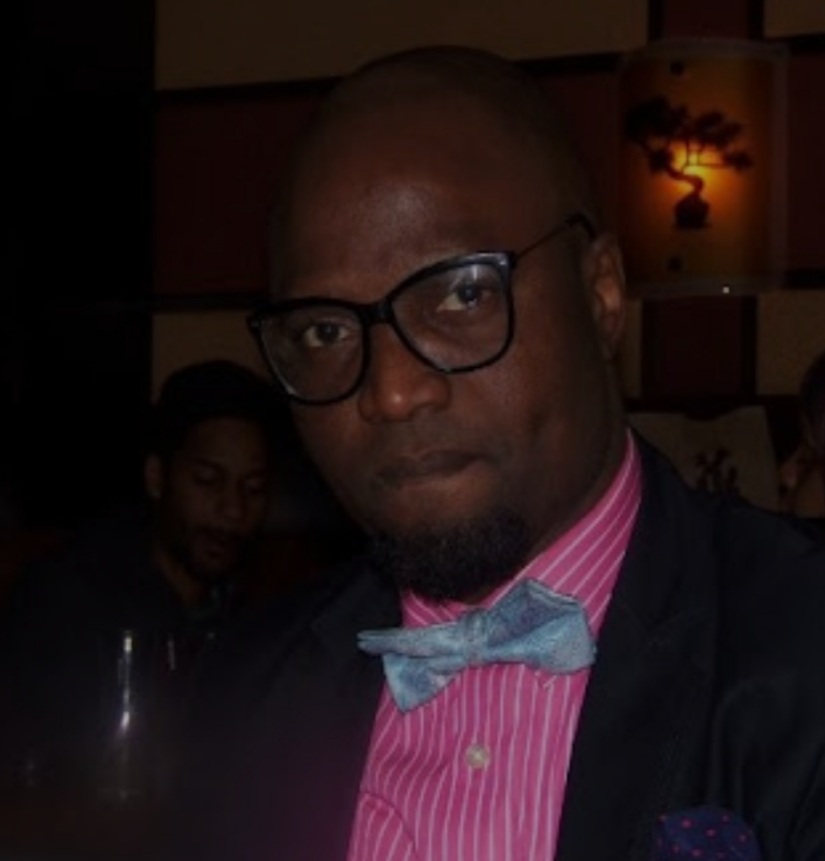 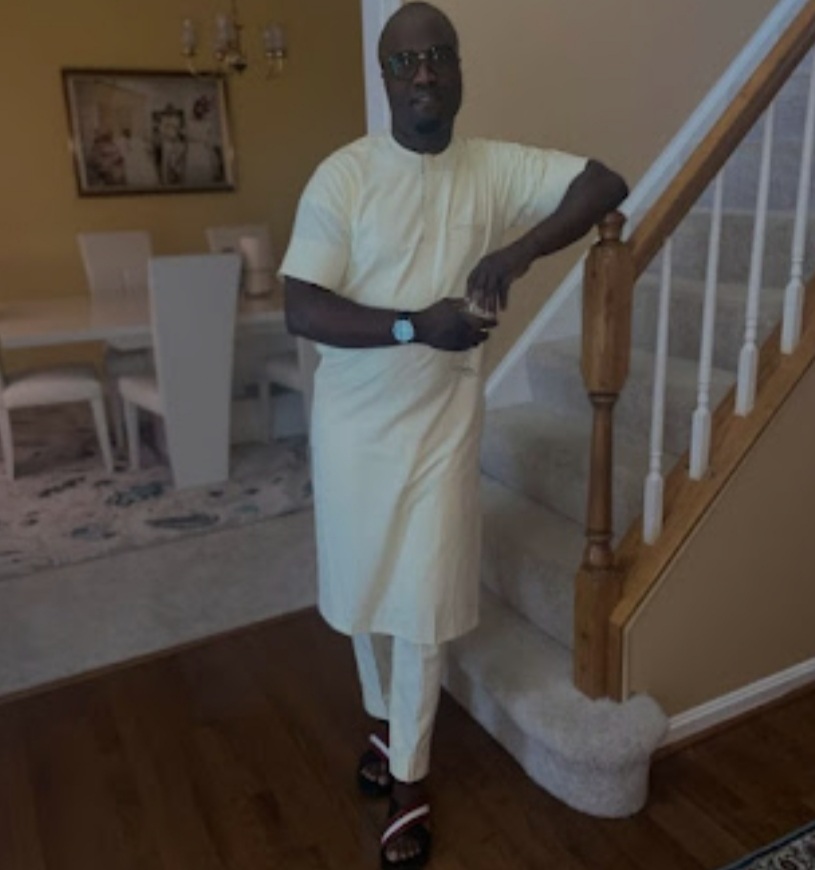 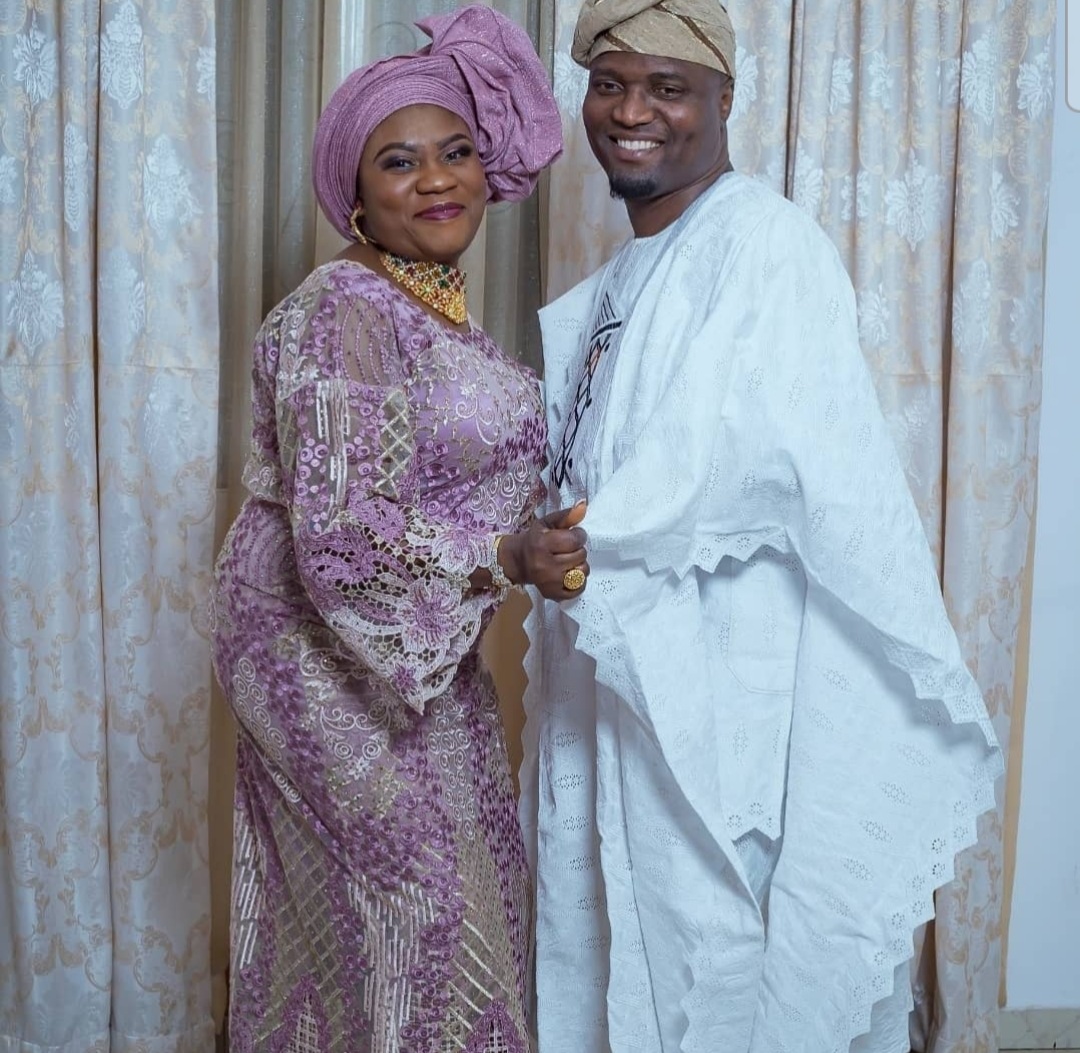 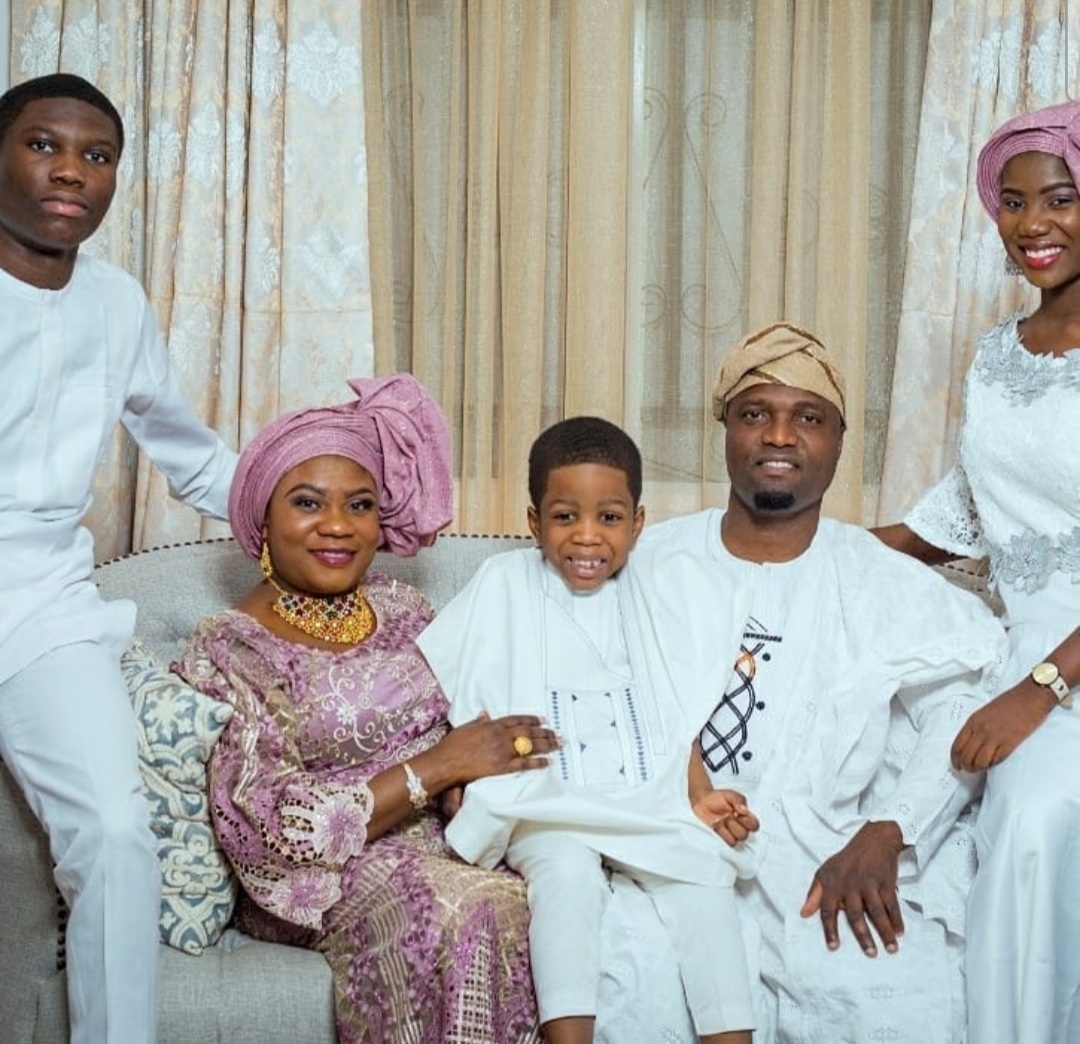 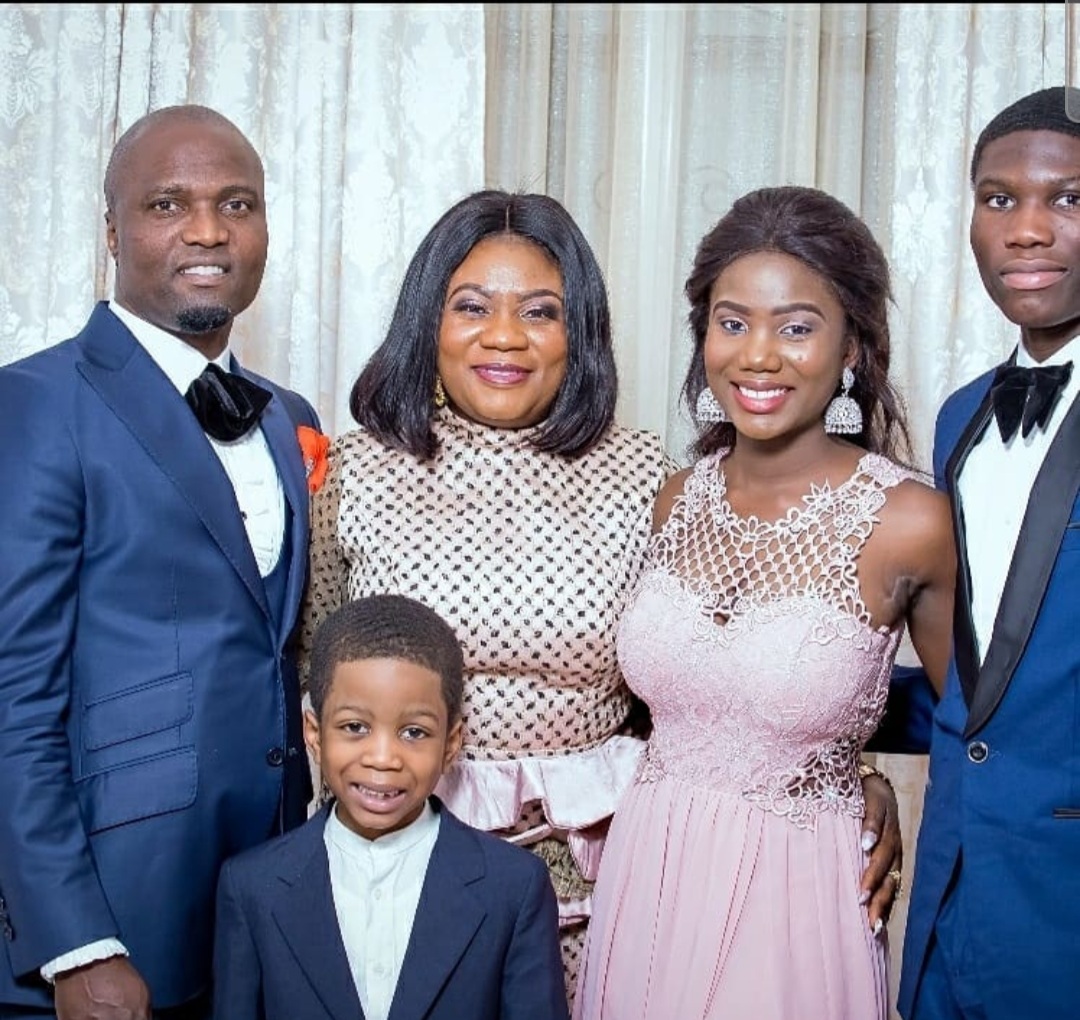 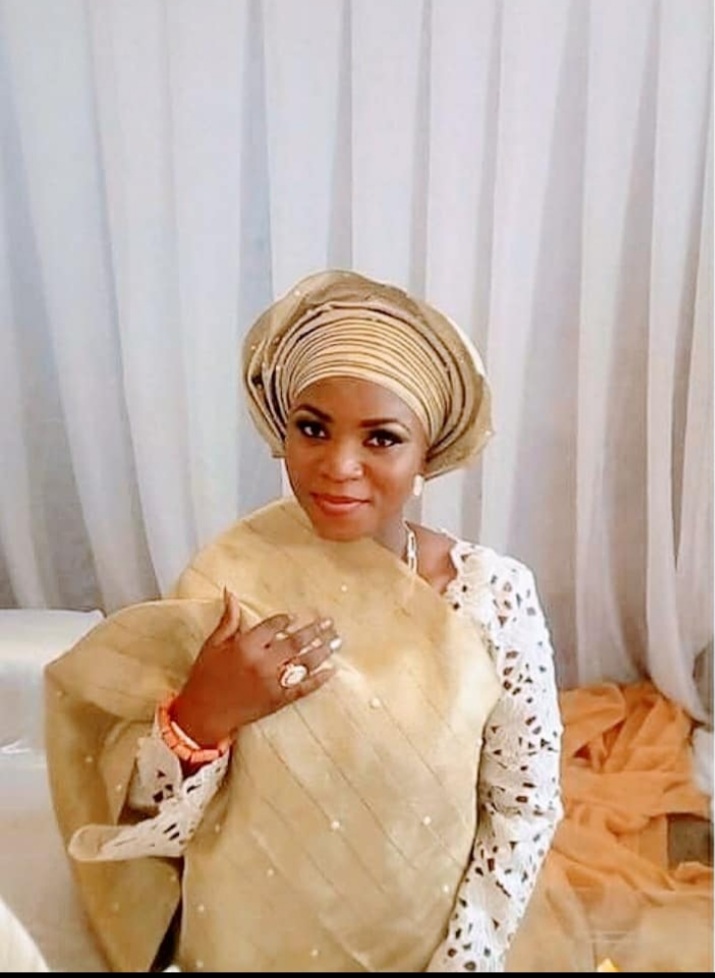 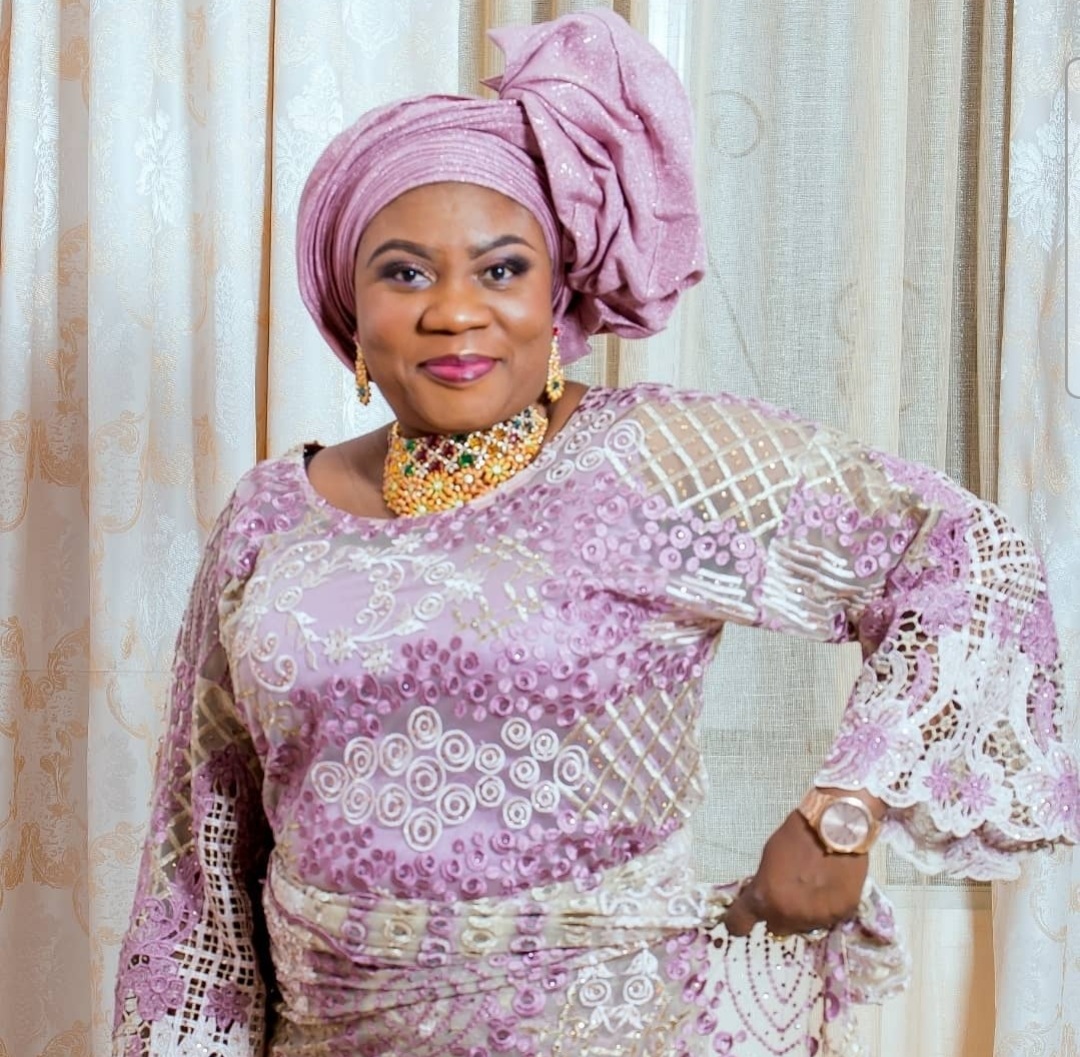 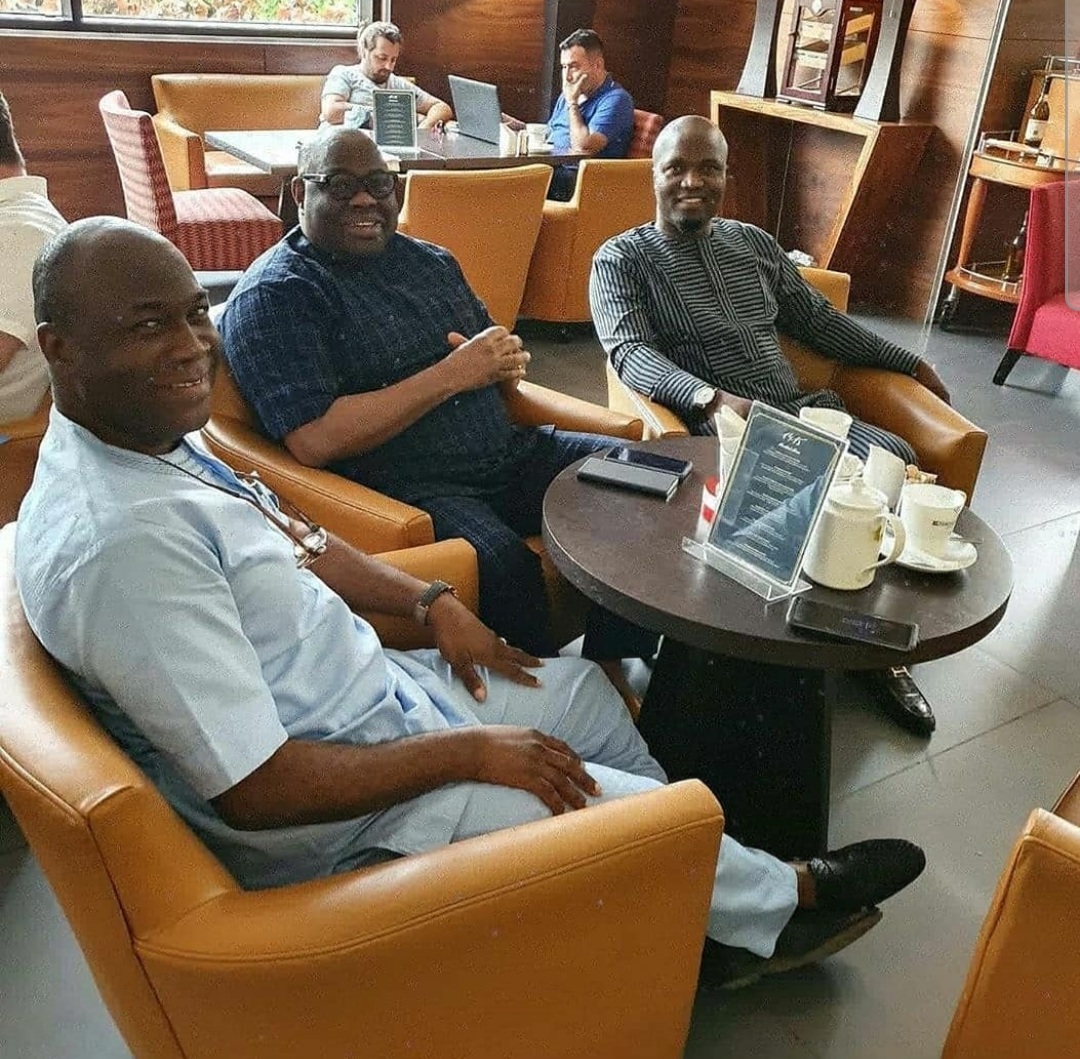 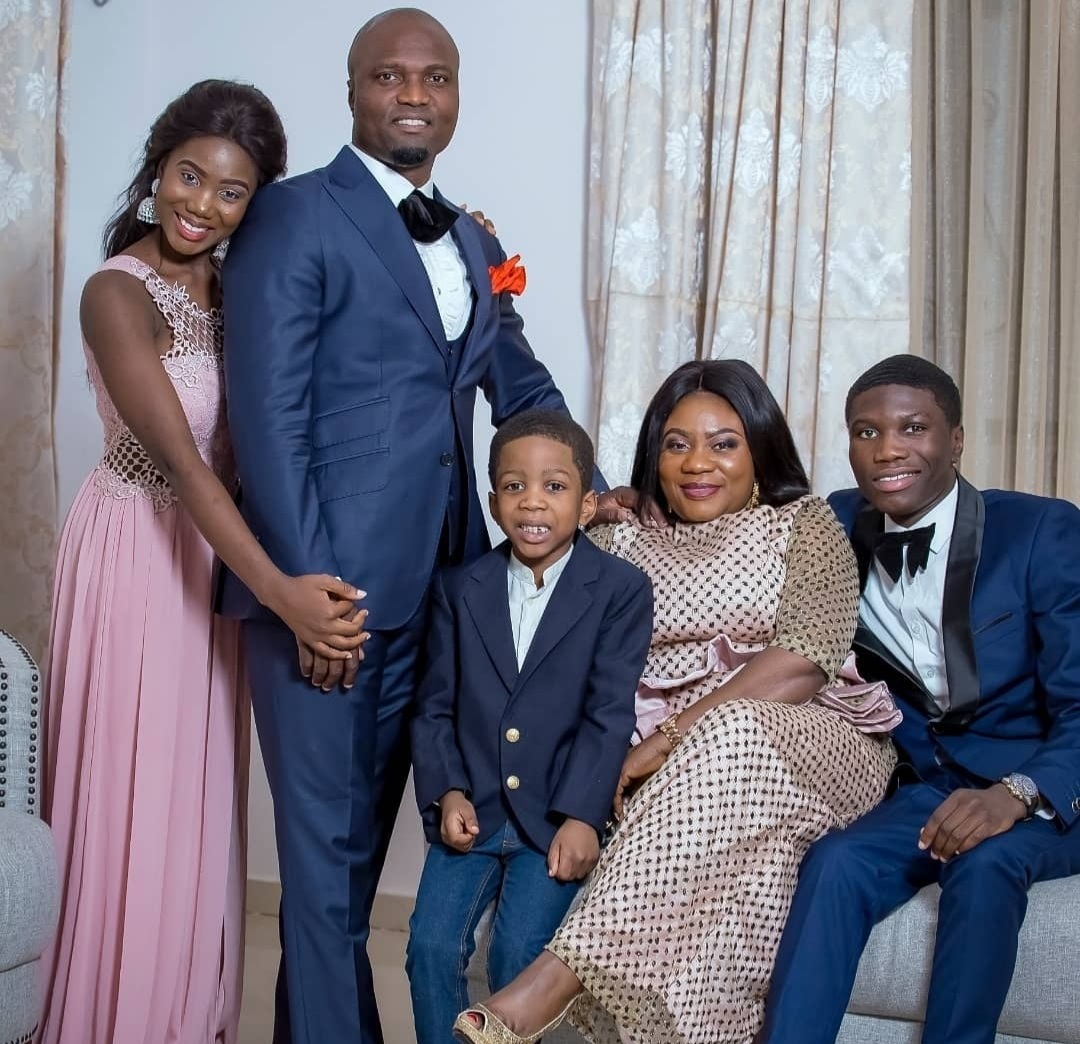 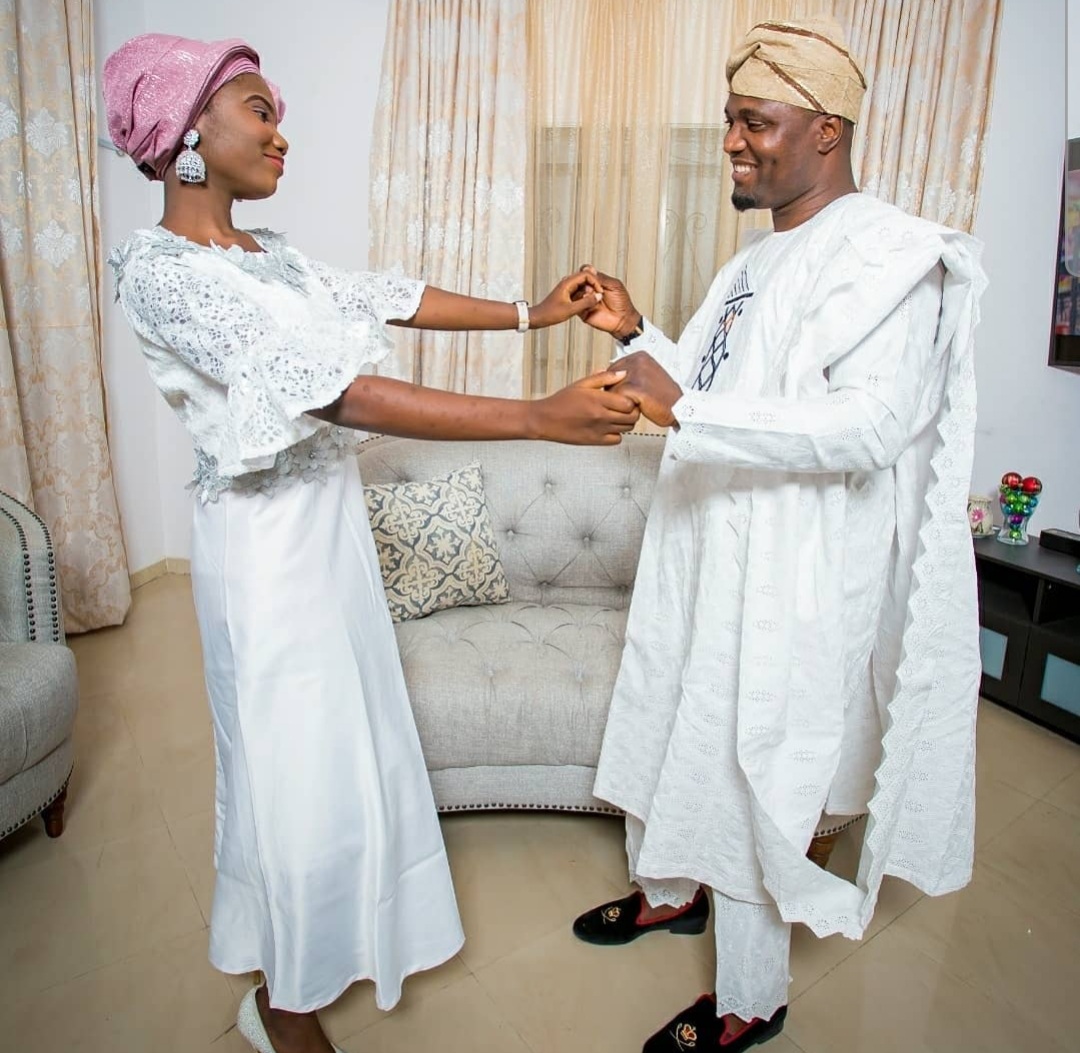 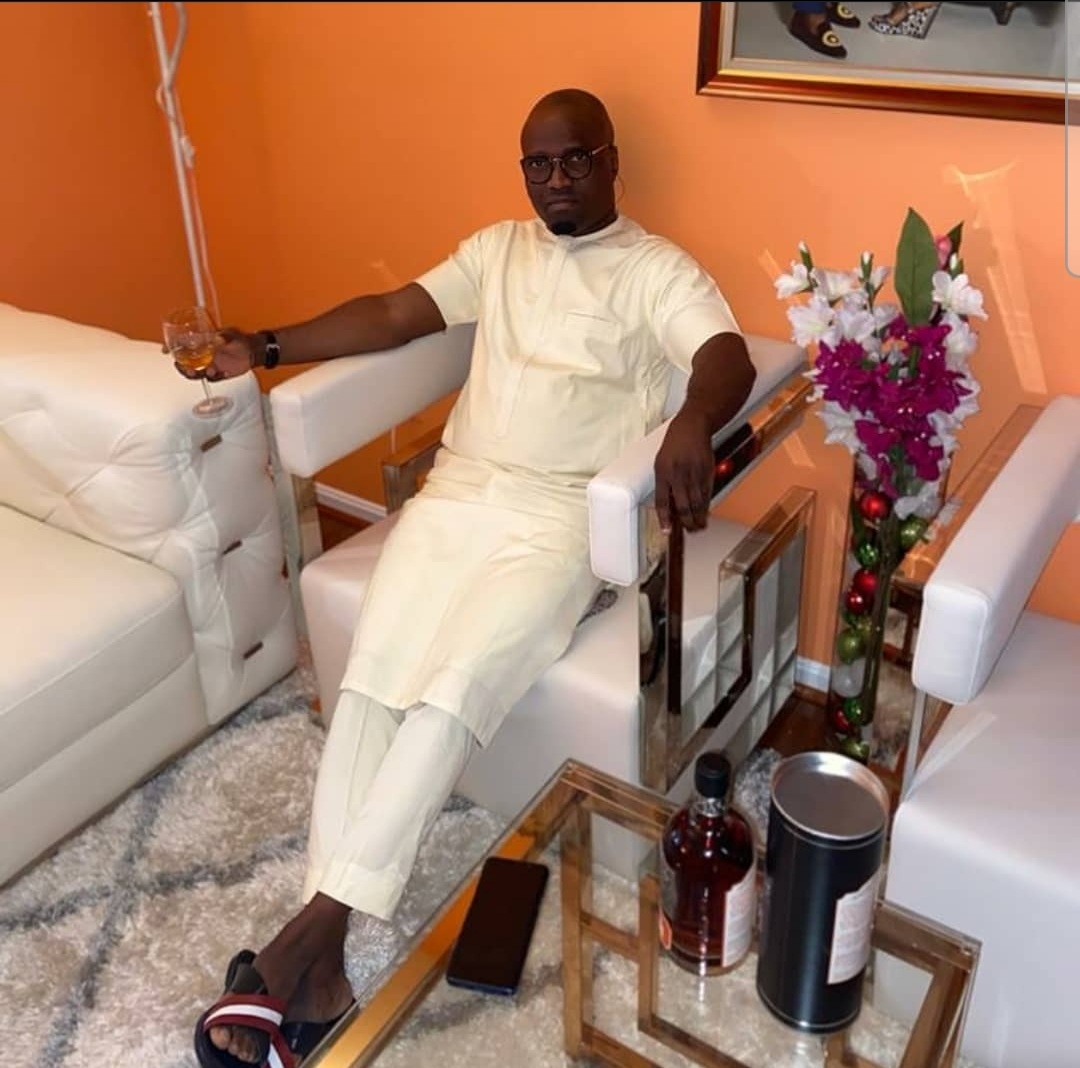 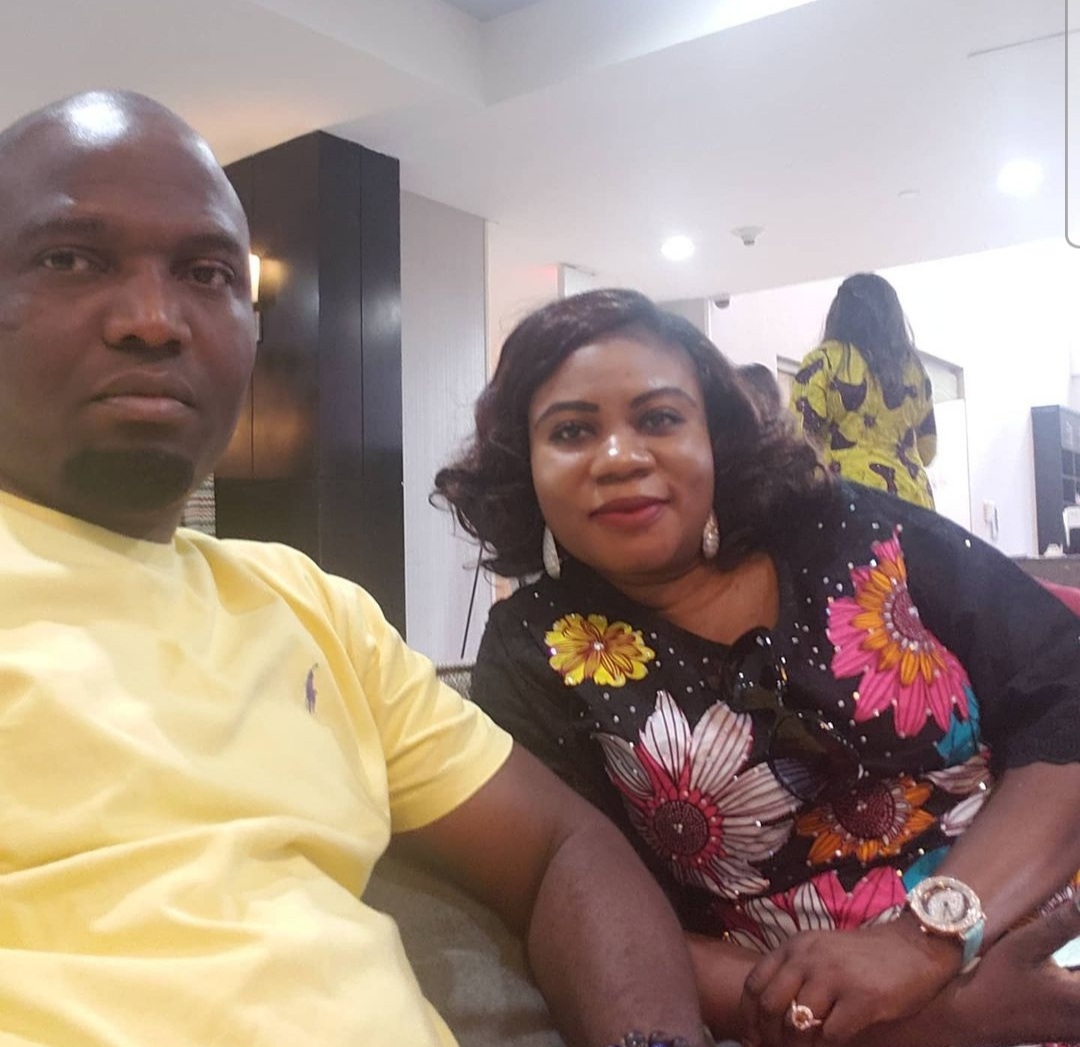 Married to a gorgeous woman by the name Deola Bob.

He was going back to the US same day but branched to see his friend and have a discussion.

Just imagine that if the dude hadn’t branched to have a meeting with his friend while planning to return to the US on the same day, he may not have become one of the victims caught in that collapsed structure now. From all we can gather his people, friends and associates are doing all they can, via prayers and fasting and more, hoping against all hope for his survival.

Wale Bob Oseni just like the owner of Fourscore Heights Ltd in the person of Femi Osibona are both great friends of Nigeria’s most connected journalist, in the person of Aare Dele Momodu. In fact, Bashorun’s present abode Shalom Apartments on 2 and 4 Mosley Road, Ikoyi was built in 2010 by Femi Osibona. Shalom Apartments is made up of 40 exquisite apartments with all the works. it was immediately sold out when it was built 11 years ago.

If the benevolent property developer and real estate manager, Wale Bob Oseni survives this dastardly accident, he wouldn’t only be celebrating his 50th birthday with plenty pomp and unlimited  happiness, we can bet that his thanksgiving ceremony would be off the hook and most probably second to none as it would have meant he escaped certain death by whiskers. Come November 22, 2021 Mr. Bob-Oseni would have clocked half a century, meaning his golden jubilee- 50 years.

From what we could reliably gather, he was planning to go back to the US, better still Maryland to go be with his family which consists of his wife Deola and 3 kids, the eldest son by the name Demilade Bob, the eldest and only daughter being Oluwadamipe Bob and the youngest a boy by the name Oluwadamisi Bob, on that same day.

it is said that he only actually branched to have a quick business meeting with his friend before disaster suddenly occurred.

While Wale Bob Oseni is now a very well to do real estate manager and property developer majorly based in the US, he shuttles between Nigeria where he also has some multimillion investments and the US his major base, where his family resides.

He has a meritorious history of work. He was at a point the Executive Director of African Bureau of Legislative Empowerment USA Inc. At a point also he was the Corporate Affairs Manager of First Premier Mortgage, also for a few years and at a point was a manager at Simply Wireless Mobile, just to mention a few of the places he had worked at.

Everyone’s fervent prayers now is that he would be rescued alive to return back to his young family, even 3 days and 2 nights after the horrible incidence occurred. It’s been close to 72 hours now that he has been trapped with others under the rubble and with his friend and business associate Femi Osibona. As at the time this post was been published 22 lives had been confirmed dead already!  None of those rescued alive or found dead have been the trio of Femi Osibona, Wale Bob Oseni and Pastor Ola Ogunfuwa of the RCCG.

May the souls of all the dearly departed find rest. And may all that are yet to be found, still be found hale and hearty.

15 OR 21 FLOORS WERE APPROVED? WHO HAS LIED OR IS (ARE) LYING? LASBCA OR THE DEPUTY GOVERNOR?
DARK & LOVELY CREATIVE GENIUS WHO MAY HAVE JUST ESCAPED DRUG ADDICTION.
Comment