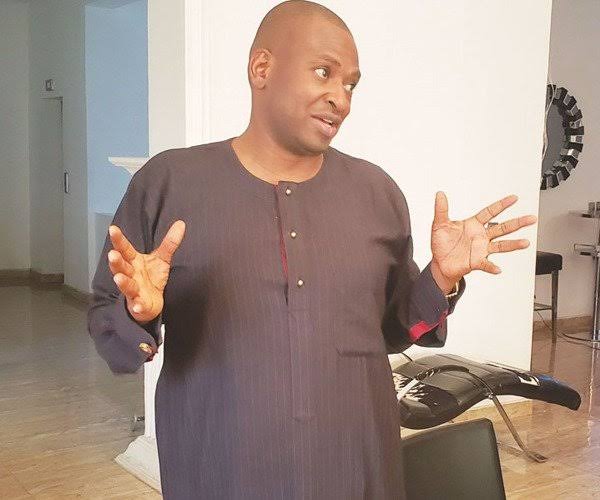 All about the enigmatic founder of the Fourscore Heights Ltd from his Ojota days to London, South Africa, the US and Nigeria 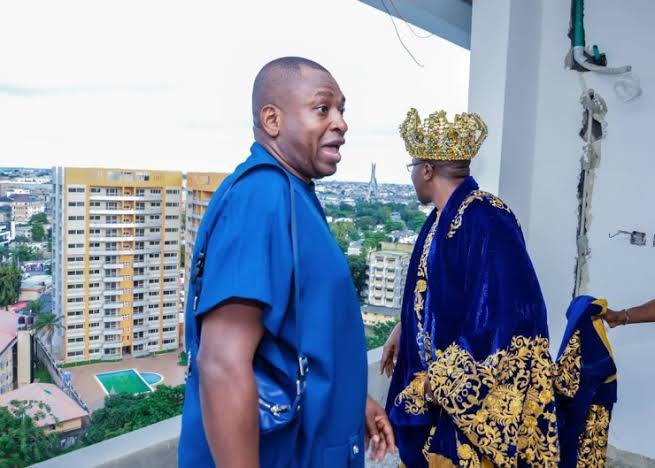 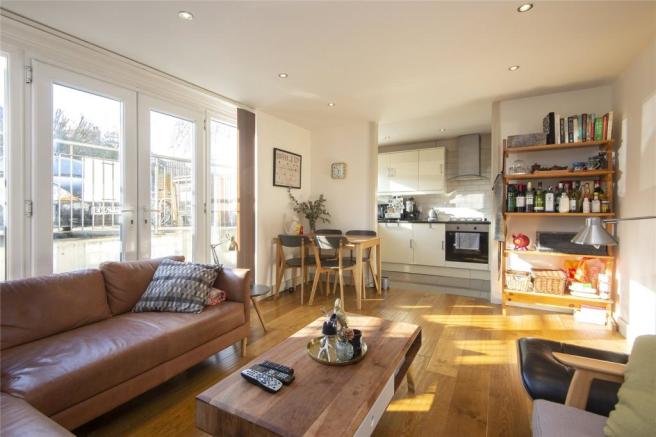 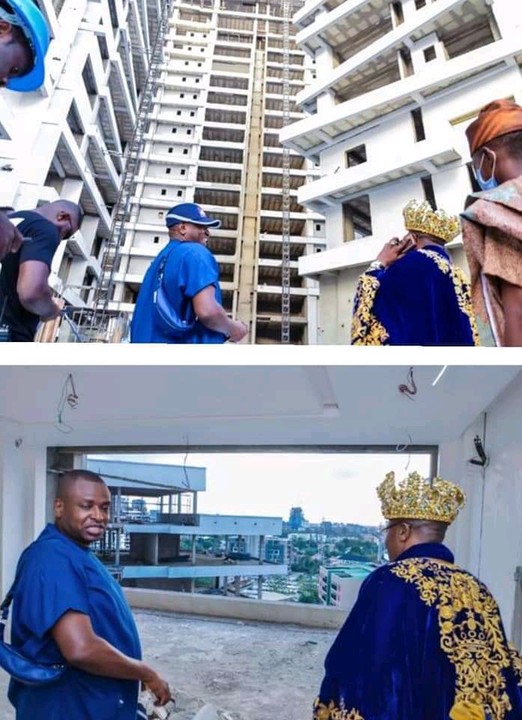 From Ojota to England to South Africa to Atlanta USA & back to Nigeria.

It has been an eventful 52 years more or less for ”Olufemi Adegoke Osibona” the enigmatic founder and boss of Fourscore Heights Ltd, a brand that he has single-handedly helped stamp upon the sands of time. We can bet that when he was growing up 5 decades plus ago he never envisaged how big he would become in the future, especially one with far reaching tentacles across 3 of the most important continents of the world- Europe, NorthAmerica and Africa.

He grew up as one of the children of Emmanuel Osibona of the Ojota, Lagos fame, the same man whose name is the signature on the popular “Emmanuel House” on the popular Emmanuel street in the Ojota area. He was one of the children of the man, alongside another, Olanrewaju Osibona, a former SSA to the President on ICT, another very well to do brother, who is a giant in the ICT sector both in Nigeria and in the UK, where he had worked meritoriously for about close to 2 decades before he was appointed as an SSA to the President of the Federal Republic of Nigeria for the years. Lanre is speculated to be in his middle 40s to the late. Lanre the younger brother is the founder and CEO of the Foresight Group which is into ICT on a large and diverse scale.

From quite a young age, Femi showed glimpses of what the future could turn out for him in that Ojota enclave. He was a very popular guy from what we could gather, infact some sort of hero or icon that the younger ones in his area (Ojota) looked up to then, like someone said he was a “world acclaimed f…….. and the neighbourhood hero”. He is acclaimed to have been quick-witted from that time in Ojota, with some sort of midas touch with the ability to turn inconsequential things to money making ventures.

It was at Ojota and in fact on Emmanuel Street, the street named after his dad that he became a friend of another growing Ojota dude who lived on that same street and who would later in life be a “political juggernaut of note” and a” disciple of the Asiwaju”, the APC topmost chieftain, that’s talking about the now late, but quite popular tsunami Senator Gbenga Osinowo aka Peperito. From that young age a great friendship blossomed that would later become very significant in the future in all ramifications.

Femi and his brother Lanre later after their primary school education in Lagos went to the famous Tai Solarin’s school in Ikenne by the name Mayflower Secondary School, Ikenne, Ogun State. It was after Mayflower that he went abroad to chase the proverbial golden fleece. Luck continually smiled on him and he made progress steadily, going to Croydon University at a point where he got a degree in Business and Finance. He holds an HND, but we are not too sure if the HND it was from Croydon University, College Rd, London CR9 1DX, United Kingdom

He began his career path as an entrepreneur selling clothes (suits) & shoes. It was even while selling clothes that he met Pastor Matthew Ashimolowo, who would later have a significant impact in his life. He must have done very well doing that from 1991 till 1997 (about 7 years) as he later stopped in 1997 and between 1997 &1998, began his career in property development and real estate management in the UK in Hackney to be more precise. It is the property business that now sold his fame to the world.

Like a man whose steps were kind of well ordered, luck was again on his side and grace seem to always to work for him. According to him, he began his foray into the highly lucrative property development business by buying a house in East London, which he renovated and resold. Then he bought the land behind the house he had renovated and built 2 flats which he sold and that was how it all began in earnest. It is even claimed, that he is the “1st person of African origin to have developed a 7-storey development in the UK”. The development is called the “Fourscore Mansion, located at 113, Albion drive London Fields, E8 4LZ, East London”. After having a hefty portfolio of about 50 projects in the UK. He then extended his tentacles to South Africa, in Pretoria the capital for that matter, in 2009, where he built about 6 units in the very exclusive, elitist and expensive Waterkloof area in Pretoria. According to one of his unrepentant fans and greatest supporter, in the person of Pastor Matthew Ashimolowo, his foray into the South African property market led him to build not less than 100 plus properties or projects in South Africa alone! A staggering portfolio if thats true. That was said to have become possible after he had sought the audience of the pastor who had obliged by praying for him and laying hands on the property developer and he was told to go & conquer, which he apparently did.

He then also explored the US market too by going to Atlanta, where he also did what he had become an expert in, which is property development and in only 4 months after he had arrived, he again did wonders.

He was then advised to come home to Nigeria, where he began with the world class Shalom Apartments on 2 and 4 Mosley Road in Ikoyi in 2010. This was a 40 apartments edifice for the high networth personalities who immediately lapped it up like they had been waiting for such in Nigeria. It was built to taste, with all the best of amenities then possible available. Aare Dele Momodu aka Bob Dee is one of those that lives in that building as we speak.

Then the dream for the trio of “wonders in the sky”, also tagged “Luxury in the sky” began. The trio of towers is an enviable, mouth watering 360 degree, 1st of its kind development, where one can have a stunning view of the lush surroundings in the posh and elitist Ikoyi area without any trouble. There’s the view of the Ikoyi-Lekki link bridge, the view of the beautiful and relaxing Lagos lagoon, the view of the extensive Parkview Ikoyi, which is a known abode of the stupendously wealthy, the view of Banana Island Ikoyi acclaimed to be the most expensive real estate in Africa and in fact the world, the view of the magnificent Altantic ocean and that of the 3rd mainland bridge. An ambitious project to say the least by all accounts.

These trio of towers was planned to have about 3 floors of maisonettes each and of about 420 sqms each. Penthouses of 600 to 800sqms each on 2 floors and then 4 bedroom flats on a floor each of about 400 sqms. These extravaganzas would have been the most sophisticated of smart homes powered by the latest and the best of artificial intelligence to leave mouth agape in perpetual wonder. It would have breathtaking amenities that would make rivals bow in unpretentious kudos perpetually. There would be massive and well equipped virtual offices, 5 star boardrooms. And part of the selling points also was that the location was all on its own with a setback of about 200meters from the road. And then to serve the humongous edifices without any stress whatsoever, would be a parking space for 160 cars for both the residents and their guests. Not yet done, it was planned to have a massive aquarium, the biggest and most imposing of its type yet here, outside and strategically on the driveway that can be viewed from the entrance and the exit gates.

It was planned as a “dream place”, “a one of it’s kind” that would have set the pace for how luxury residential apartments should be done. And because of how people were swept by the dream of owing a one of a kind apartment in a one of a kind project, they fell over each other to subscribe to the off plan sales, which in a way was affordable to those who could afford such. In fact as at the time of the collapse of one of the 3 structures, 65% were already sold and it was billed to be finished and opened for occupancy latest 2022. If not for the clamp down by the authorities over some fear that affected progress, the building would have gone past how it was before it came crashing down!

Femi Osibona was a man in hurry with destiny as he felt the need to do as many things as time could permit as soon as it could be done. He was planning to immediately shift his mind, focus and expertise to the mainland immediately after he may have finished with the Gerrard Road Ikoyi projects.

It is claimed that he had even already gotten approval to build 420 flats and a 110 flats in the Isheri North area of Ikeja not too far from where he grew up and not far from the seat of power in Alausa, Ikeja. The flats were to be built on 5 hectares of land he had already acquired and each flat was supposed to occupy 133sqms.

Like it is said though, man proposes and only God disposes, it is only the living that can make a mark or continue to do so. So except the man with the lofty dream is found alive after 4 days and 3 nights under the massive rubble of his collapsed Ikoyi structure that has killed very many already, his dream for the future would have become stillborn.

As at the time of filing this sad report, 36 dead bodies have been pulled out of the rubble already, comprising of 33 males and 3 females, while 9 were rescued alive, out of who were 8 males and one female. Some of the dead are the PA to Femi Osibona by the name Nifemi, whose body was found literally near naked, also thought to be dead is a new staff of the Fourscore Heights Ltd who had just a few weeks left to go for her wedding ceremony.

Still to be accounted for are Femi Osibona himself, Wale Bob Oseni his friend and fellow property developer, Pastor Ola Ogunfuwa and a few others.

May the souls of all the dearly departed find rest 🙏.

Femi was married but separated from his wife with whom he has kids.

GOOD NIGHT FEMI & WALE! YOU BOTH CAME & YOU TRIED YOUR BEST. BUT COULDN’T DO THE HOUDINI WHEN IT MATTERED MOST! MAY YOUR SOULS & SOULS OF OTHERS TOO FIND REST!
15 OR 21 FLOORS WERE APPROVED? WHO HAS LIED OR IS (ARE) LYING? LASBCA OR THE DEPUTY GOVERNOR?
Comment