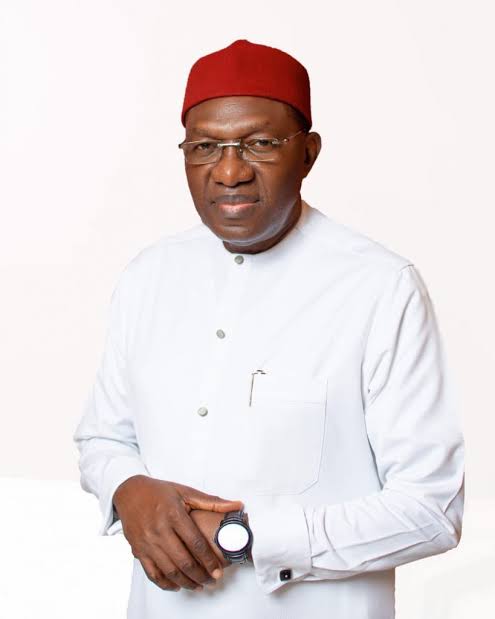 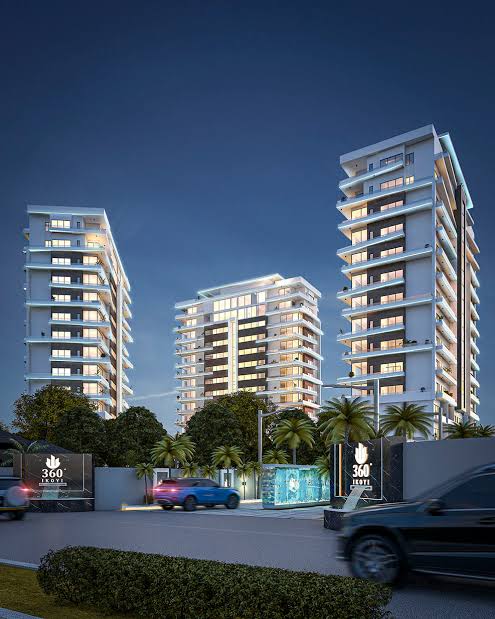 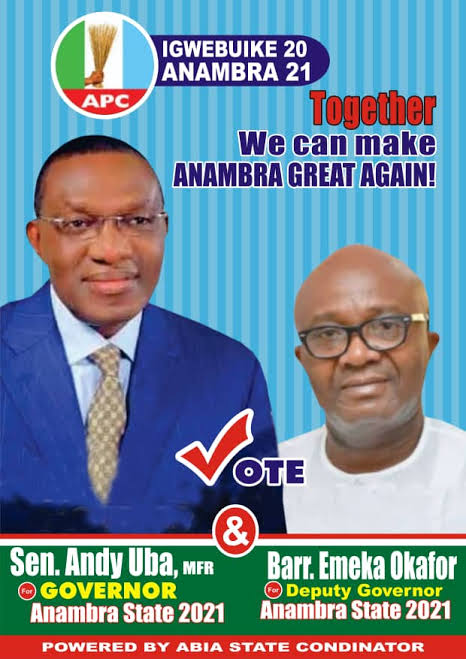 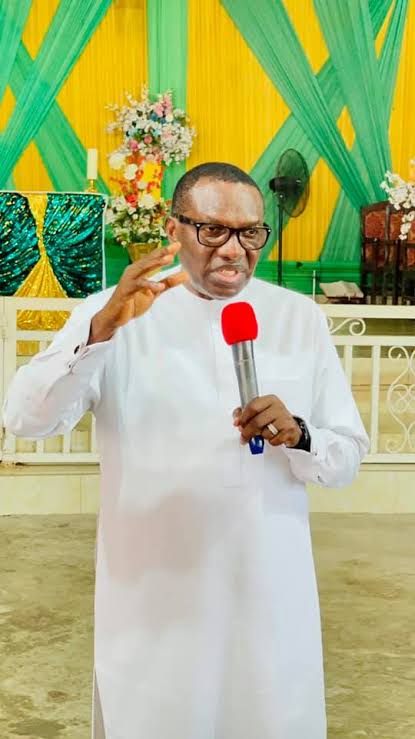 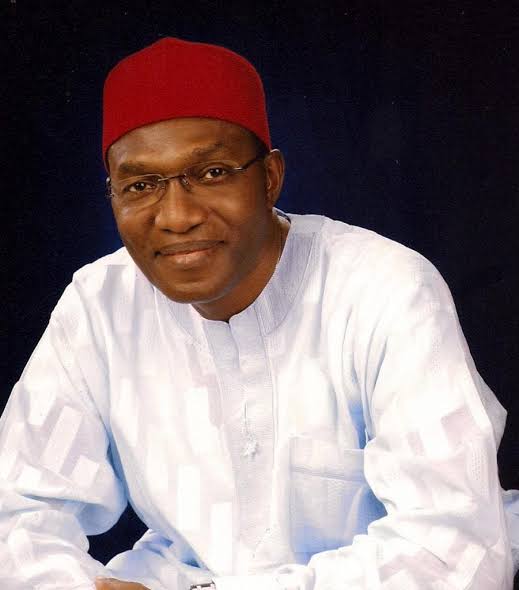 As he rejects the result of probably the fairest election in Anambra state till date! Obviously for him and his people things didn’t go as they had planned and expected. They had gotten a rude shock and an awakening!

For those who may be wondering who Dr. Emmanuel Nnamdi Uba is, he is the Concordia University trained man of immense means and Governorship aspirant of the APC, at the recently concluded gubernatorial election 2021 in Anambra State whose bid to rule Anambra was rejected by the vast majority of the people.

He was amongst the 18 aspirants that had vied in that election, hoping to become the next Governor of the State.

A few others that contested were the candidates of the PDP, Valentine Chineto Ozigbo, that of the YPP in the person of Ifeanyi Patrick Ubah, another was ADC’s own Akachukwu Sullivan Nwankpo and others.

All of whom were summarily defeated by the APGA juggernaut, in the person of Professor Charles Chukwuma Soludo 61, a former CBN Governor with a meritorious history.

After the 3 days that the election took which included the supplementary election in Ihiala LGA, the electoral umpire justly announced that APGA’s Charles Chukwuma Soludo having won in 19 out of the 21 LGAs and with a total vote of 112,229 was the convincing winner by all accounts (most votes, most spread) and therefore was the Governor elect to be sworn in come March 2022.

Seems like when the INEC decided that the certificate of victory would be presented to the clear winner was when the APC sore loser, woke up from his slumber!

The APC candidate, Dr. Emmanuel Nnamdi Uba better known to most as Senator Dr. Andy Uba, after assimilating the devastation of his defeat has now come out to reject the results that were declared, where he was a distant 3rd amongst the contestants.

So embarrassing was his defeat that, his own total votes and that of the votes of the runner up couldn’t have still defeated Professor Charles Chukwuma Soludo were they to have been allowed to combine their efforts.

While the PDP & the YPP atleast won one LGA each, the almighty APC couldn’t even muster half an LG!

1. That Andy Uba having won his party’s flag to contest for the election with a so called whopping 200,000 plus votes. This was in a so called election that was rightly and vehemently disputed by many stalwarts of his own party, who had vehemently protested that no election actually occurred. But the Dapo Abiodun team that conducted the so called party election, claimed Andy had won the nomination convincingly! Thereby putting him in a fool’s paradise!

2. Then the Andy Uba team clinically went about, supposedly decimating the ruling, opposition party, systematically wooing all their so called heavyweights who were supposed to carry much clout away from the APGA. Inducing them somewhat, so the smart alecs from APGA seeing it was a good season to do quick business, quickly jumped ship and moved over.

Likes of Stella Oduah and other office holders, including even the incumbent Deputy Governor!

But what the APC apparently thought they had gained in the supposed quality, didn’t amount to quantity at all! Those that were wooed apparently didn’t perform nothing, as they lacked the electorate weight expected to make things happen, therefore they were not worthy at the end of the day!

A summary of the buffoonery they have adopted is below-

it is surprising that APGA that lost almost 80% of its stalwarts through defection to the APC before the election came out ‘victorious’.

“The outcome of the election was a charade and did not reflect the wishes of the people of Anambra State”,

“The elections were characterized by widespread irregularities, intimidation and voter suppression in order to clear the path for the inglorious ‘victory’ of APGA in the polls.

“For instance, in polling units where the Biometric Voters’ Accreditation System malfunctioned, INEC went ahead to conduct the elections manually. There were numerous cases where votes announced by INEC exceeded the number of accredited voters in polling units.

“Another clear manifestation of collusion between the Obiano Administration and INEC was the publishing of results on the Social Media handles of APGA even before the official announcement by INEC. Yet mysteriously, the votes announced in advance by APGA always corresponded correctly with the official figures released by INEC.
“It is inconceivable that our candidate, who polled over 200,000 votes in the APC primary election would be allocated slightly above 43,000 votes by INEC.

“It is surprising that APGA that lost almost 80% of its stalwarts through defection to the APC before the election came out ‘victorious’. A sitting APGA Deputy Governor, seven members of the House of Representatives, 10 members of the Anambra State House of Assembly, the APGA party’s member of Board of Trustees, many serving SA’s, SSA’s, in addition to a serving PDP Senator all defected to the APC very timely before the election, yet APGA emerged ‘victorious. This is quite ridiculous!

“From all indications, the only people remaining in APGA at the time of the election were Governor Obiano and his household and a few staff of the Government House as well as Prof. Soludo and his household but the majority of the electorates in Anambra State have moved to the APC. There was definitely no way the carcass of APGA could have defeated the APC without the active collusion and manipulation by INEC and the Obiano Administration.
“What happened on November 6, 2021, fell far below the acceptable standard of a free and fair election and can best be described as an electoral fraud perpetrated by the INEC, Willie Obiano Administration and the security forces.

“We have noted that starting from the appointment of INEC Adhoc staff, who mostly came from Calabar to the distribution of electoral materials and the retention of the Resident Electoral Commissioner, who supervised the second term election of Governor Obiano, it was crystal clear that the game plan was to overturn the popular wishes of the people of Anambra State in the biggest electoral heist of all time in Nigeria’s political history.

“While we appeal to our supporters to remain peaceful and calm, we will not relent in pursuing our stolen electoral mandate to the limit of the law through all the constitutional means available as the facts on the ground did not in any way reflect the outcome of the elections as announced by the obviously compromised INEC”.

It is quite obvious that the devastation experienced from the unbelievable pummeling has been unprecedented and hallucinogenic in nature. Now after waking up from the coma induced, the man has thought to respond via his organisation as seen above👆🏿.

But it hasn’t in anyway dampened the euphoria of the victory, as the well wishers and people of conscience have continued to troop in to congratulate the winner Professor Charles Chukwuma Soludo on his well deserved victory.